We live in a very sleepy, old-fashioned, market town called Romsey.  When I meet new people at conferences and networking events, and we make small talk, inevitably they’ll ask where I’ve traveled from.  Romsey draws a blank look, but say, “I live ten minutes from Peppa Pig World”, there are nods all around.  And that’s because we’re parenting bloggers and we know the wonder to little ones that is Peppa Pig World. 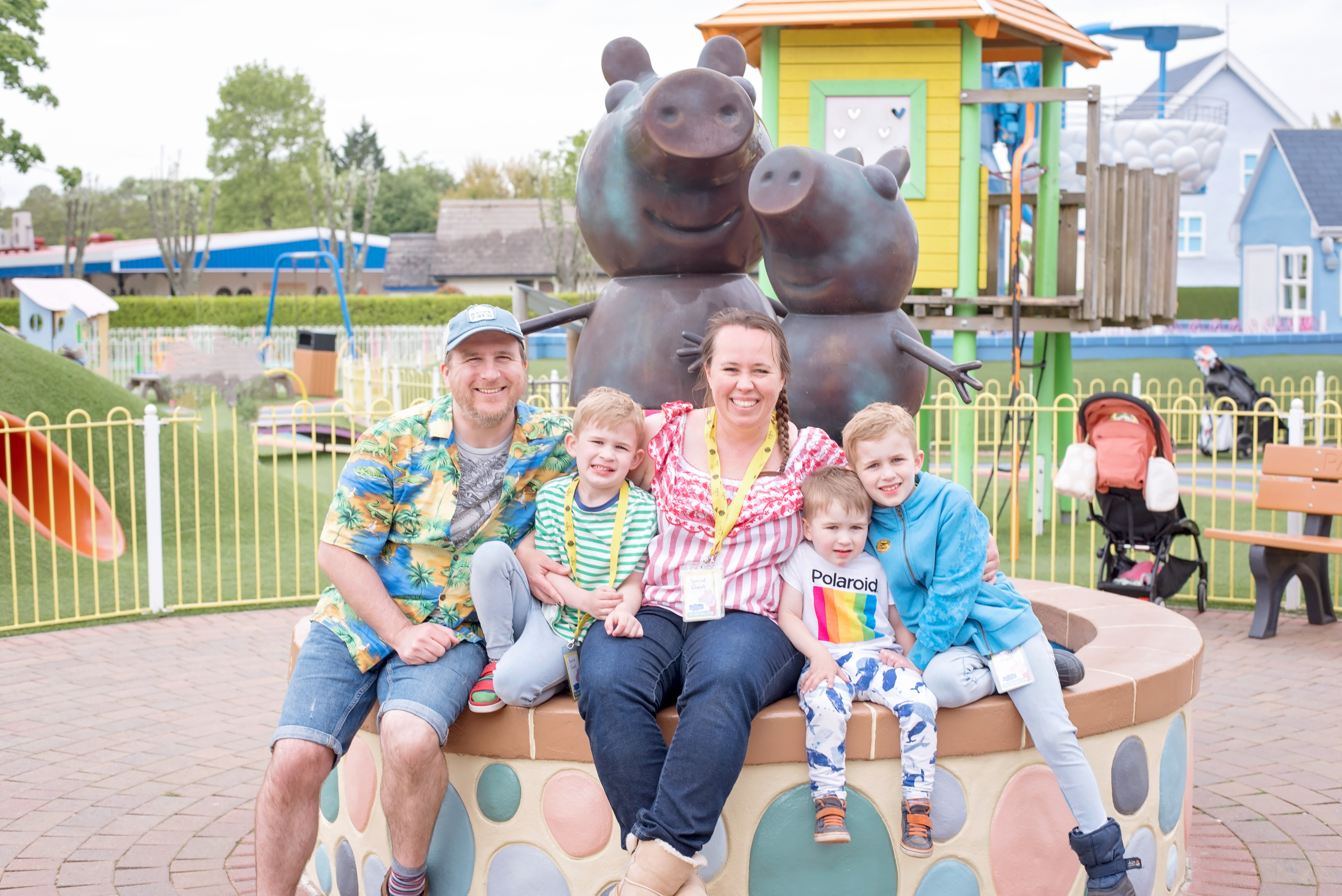 I was there at the opening of PPW; Jensen and I spent most of the second Summer of his life packing little lunch boxes and heading off with Season Ticket in hand to wander about Paulton’s Park whilst Gav was at work, and it kept me sane.  Hero hadn’t been until this weekend when we were invited to the Official Press Launch of the Peppa Pig World expansion, and let me tell you, now I know what London Bloggers feel like.  Getting up an hour before you need to be somewhere and traveling for ten minutes there and back is AMAZING.  Even better still, ten minutes drive home at the end of a very long day is the best ever.

When we arrived, we were given special lanyards [show and tell lanyards] and pointed in the direction of the new expansion. 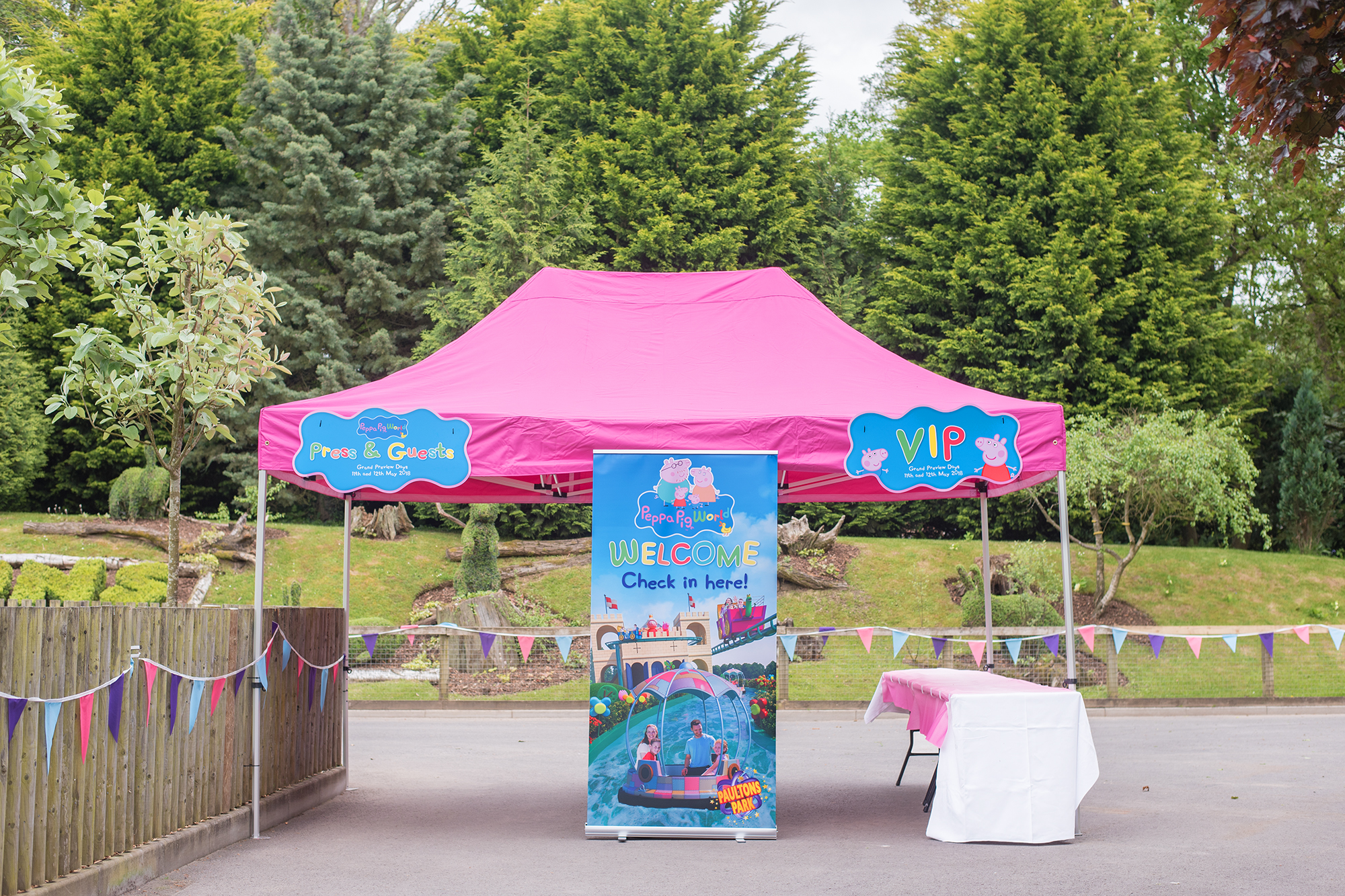 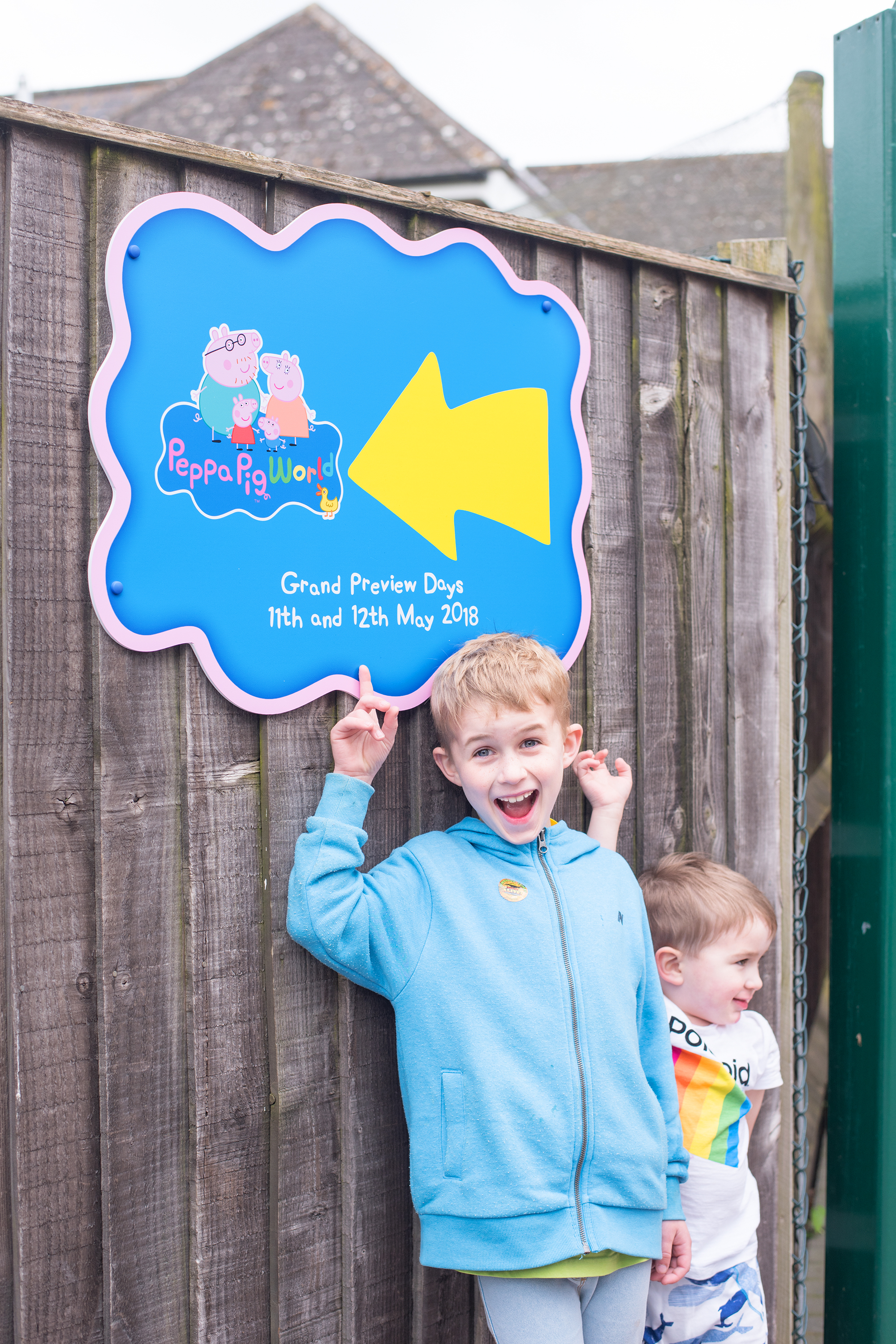 We stopped for a photo at the sign because we always do that. 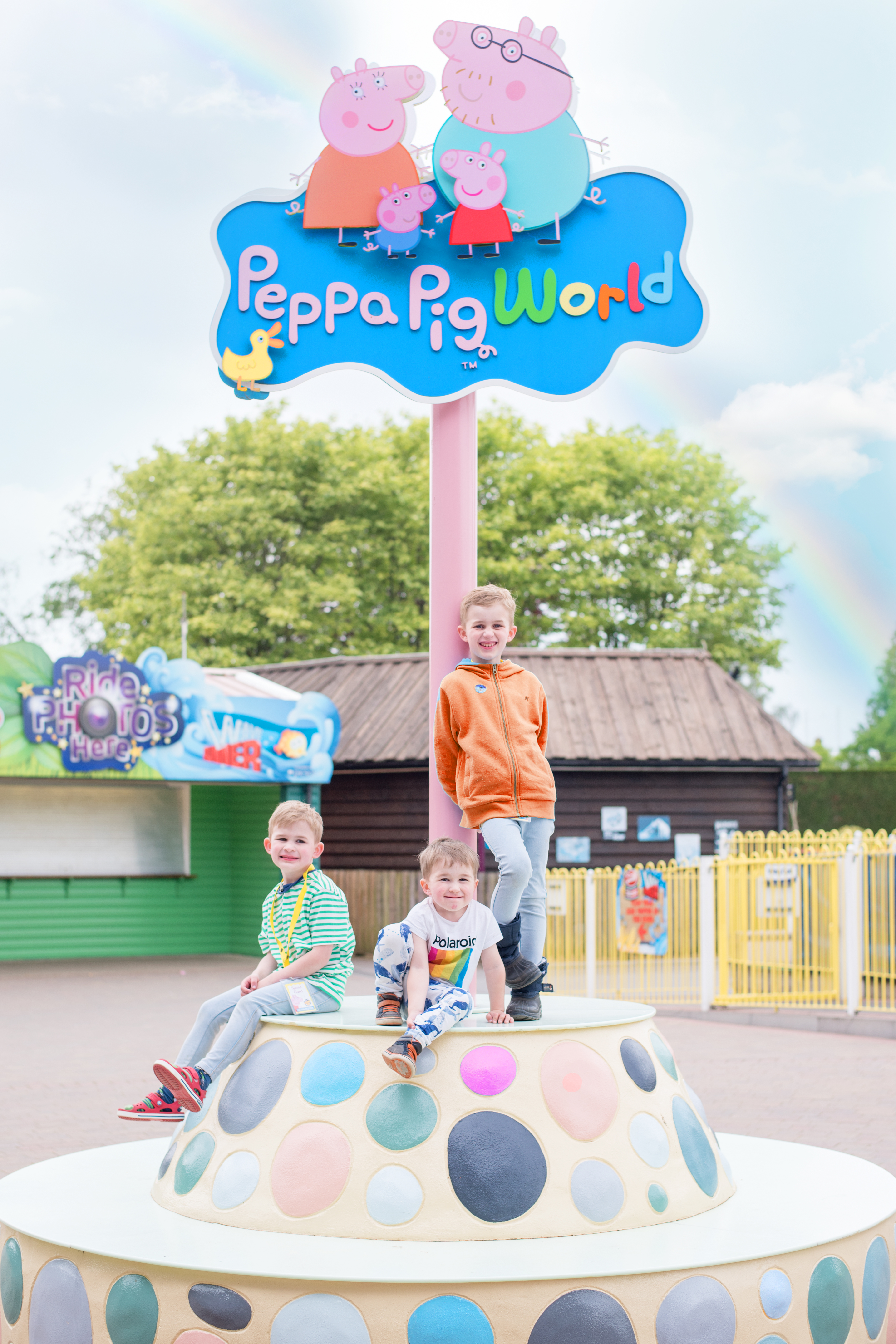 There were two new rides in the expansion – Grampy Rabbit’s Sailing Club and The Queen’s Flying Coaches.  We headed for the Sailing Club first as I recognised the ride immediately as being from the Mack Family whom I visited in Europa Park last year.  I knew it would be calm and beautiful, and so we split boats as Hero sat with me whilst Jens and Yotie took the first boat ahead of us with Gav. 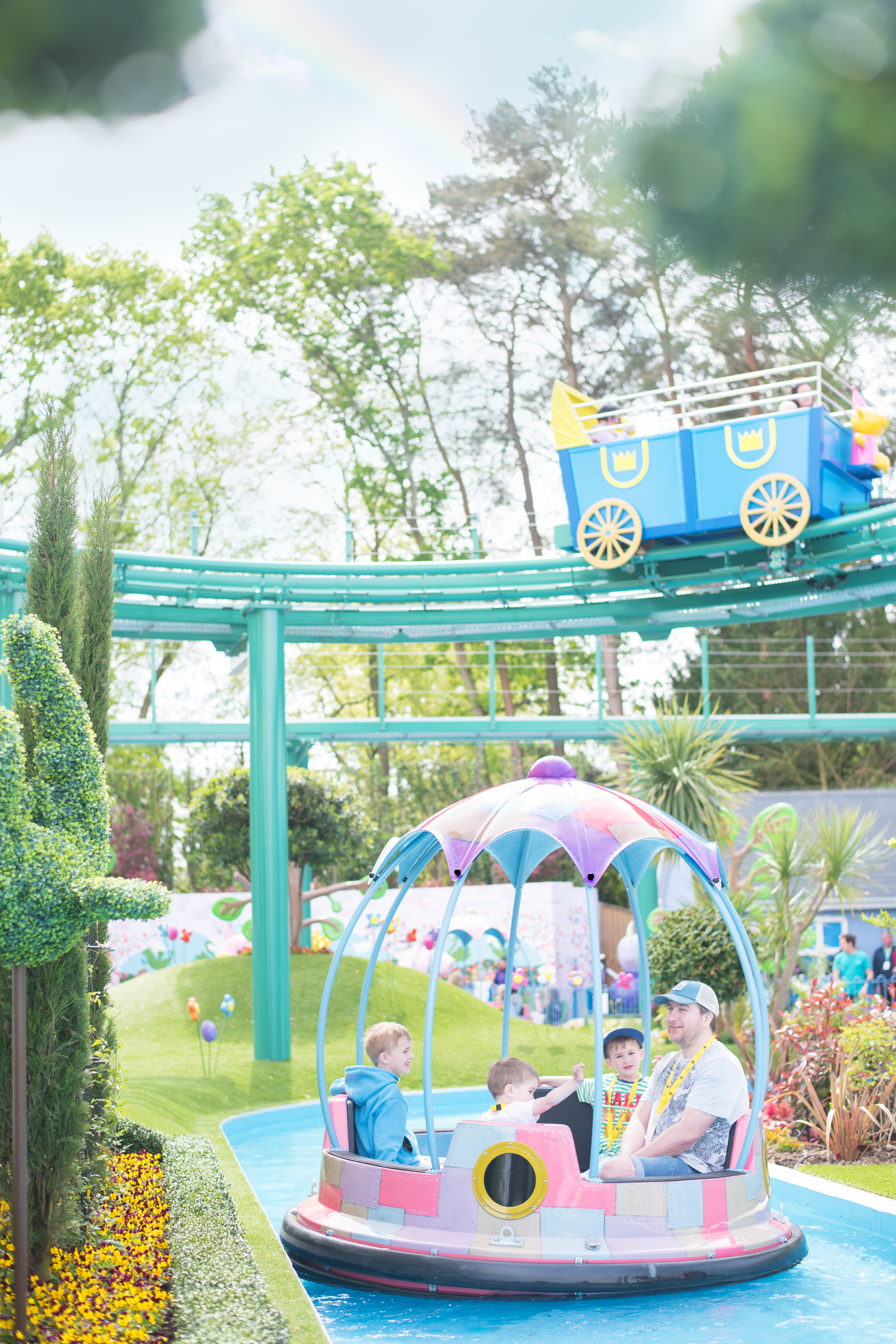 We passed all of the little characters waiting on the island and shouting out to Grandpa Pig to wake up, who’s snoozing behind them on top of his boat like in the episode itself, and we twirled and bobbed our way past Sir George Pig having a picnic on the bank.  We passed quite a few celebrities but as I don’t have time to watch much television, I had no idea who they were except for Tamara Ecclestone as I spent my childhood watching the Grand Prix with my dad.  I felt quite sorry for her as she landed, spent a few minutes with Peppa and had to helicopter away.  We’re pretty sure that we had a much more fun time touring the park until closing. 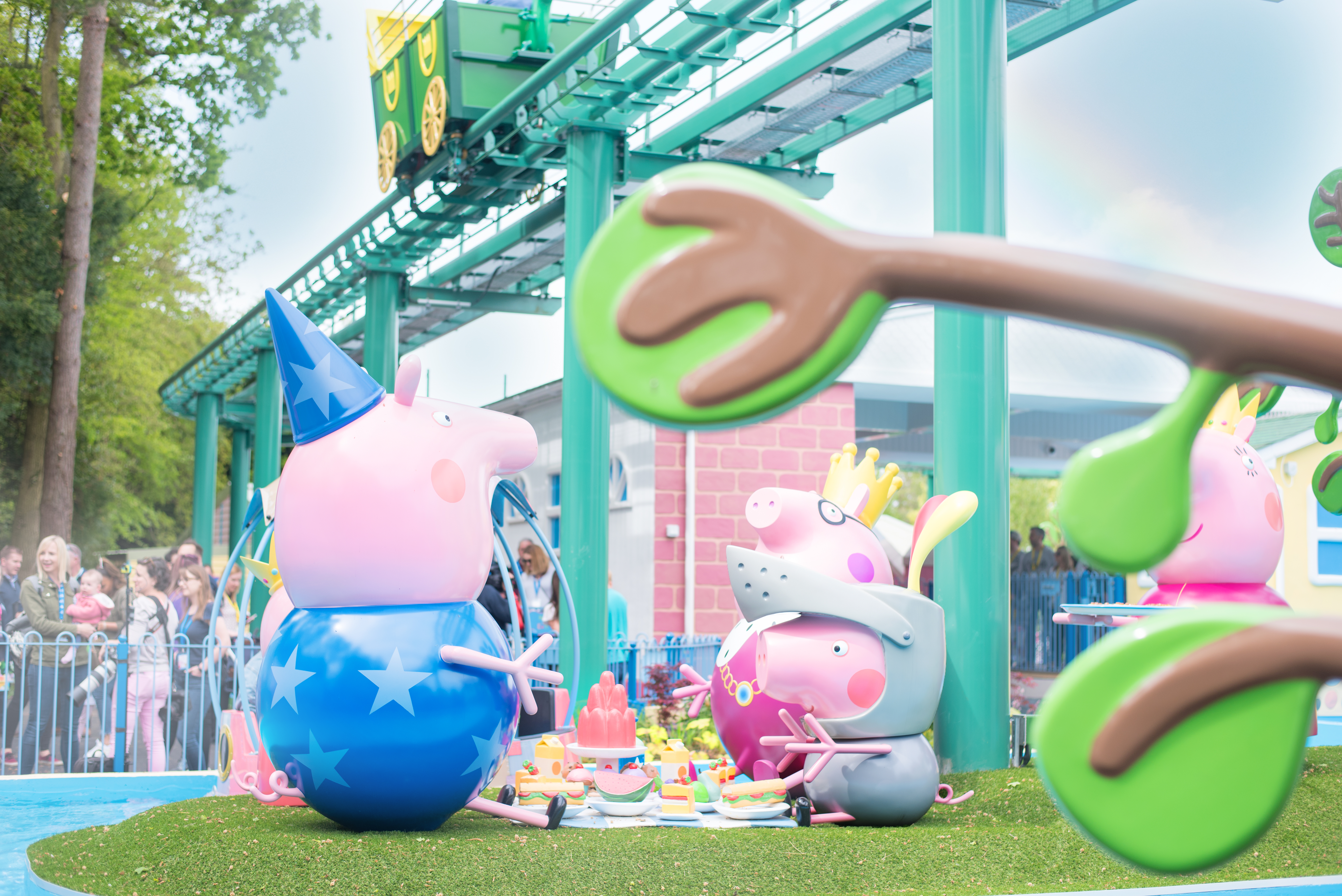 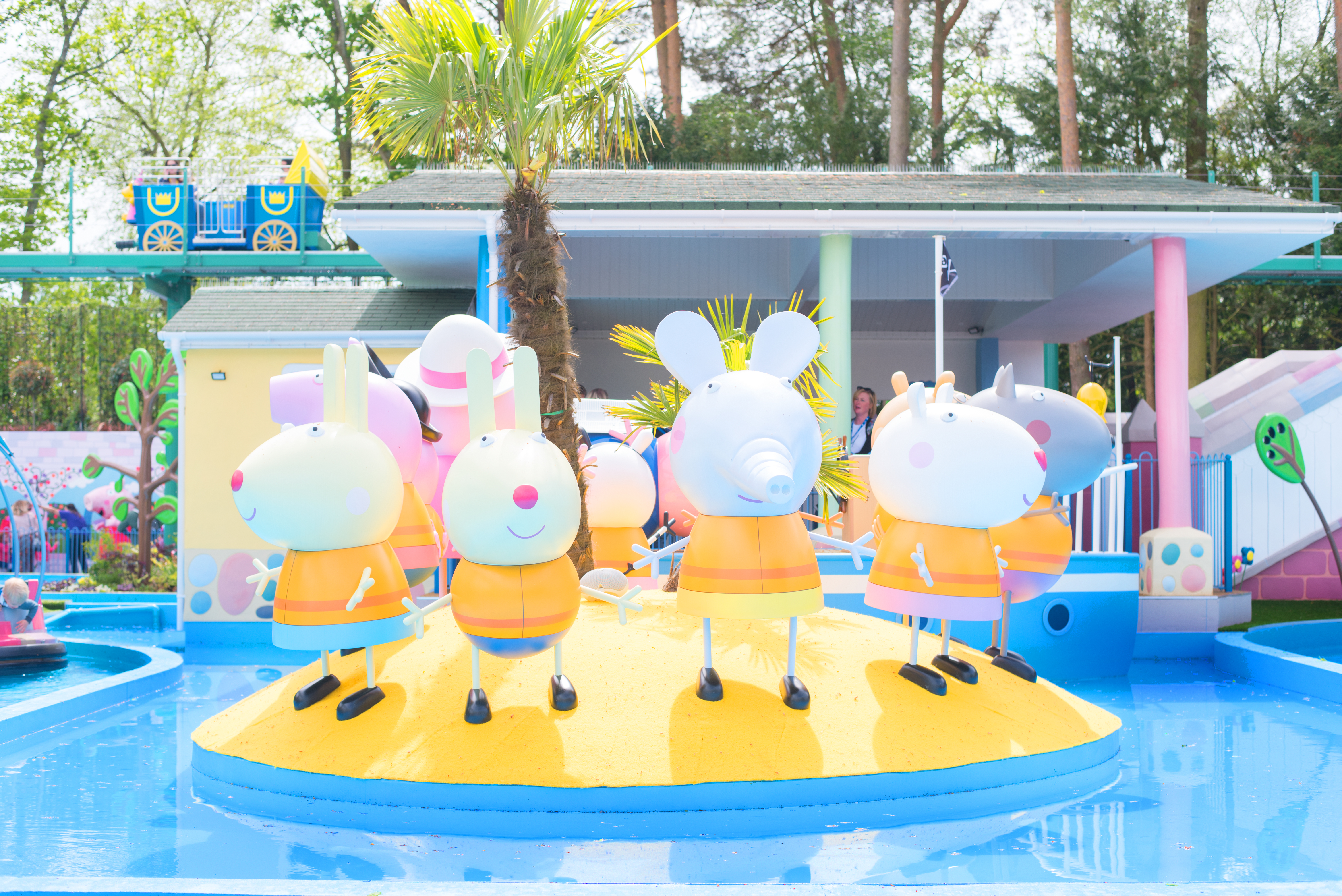 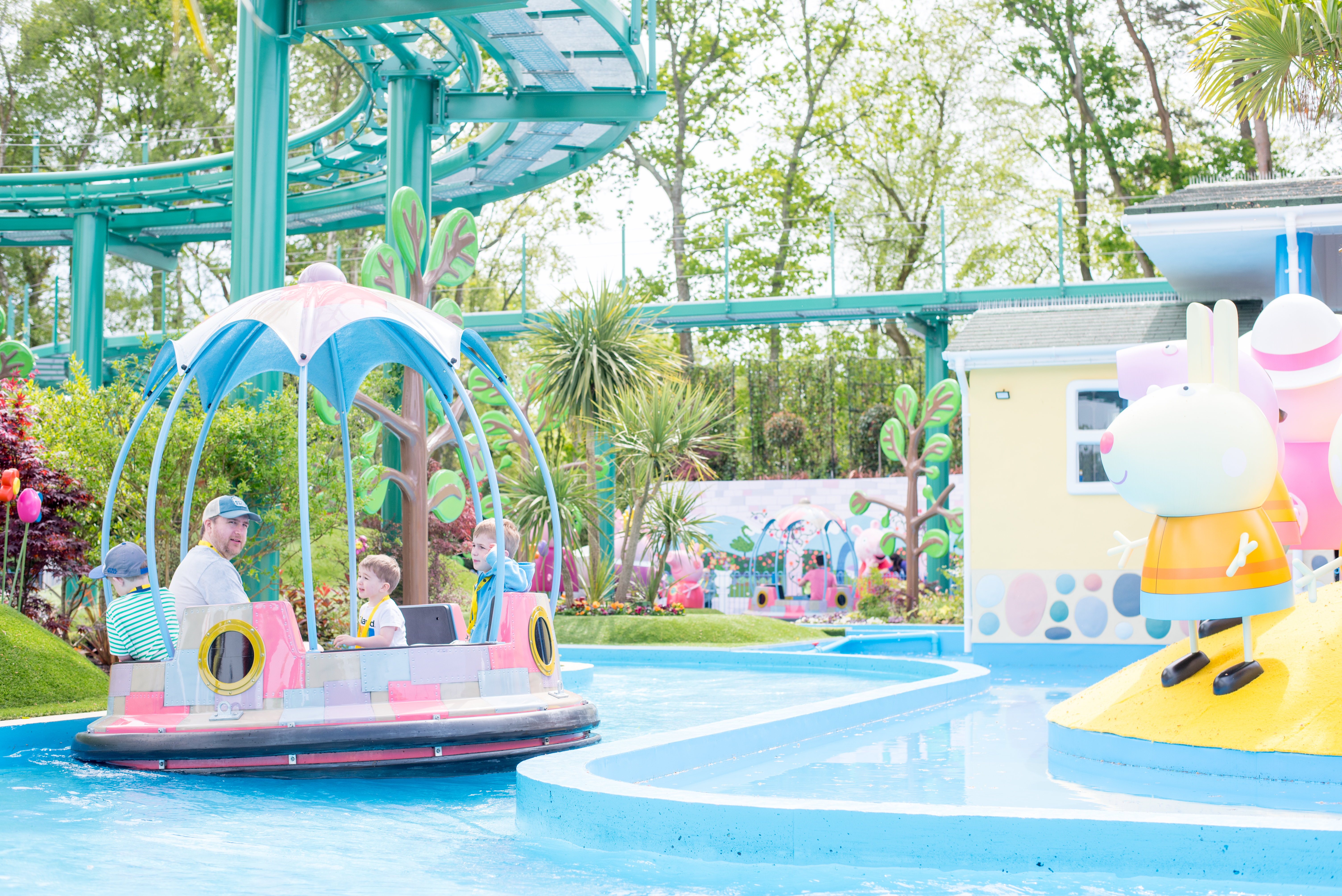 Grampy Rabbit’s Sailing Club was our favourite ride of the day.  We even saw Grampy Rabbit on the way out!  There really needs to be a Grampy Rabbit, Grandad Dog and Grandpa Pig set of characters walking about, that would be brilliant.  We love the Grandads best. 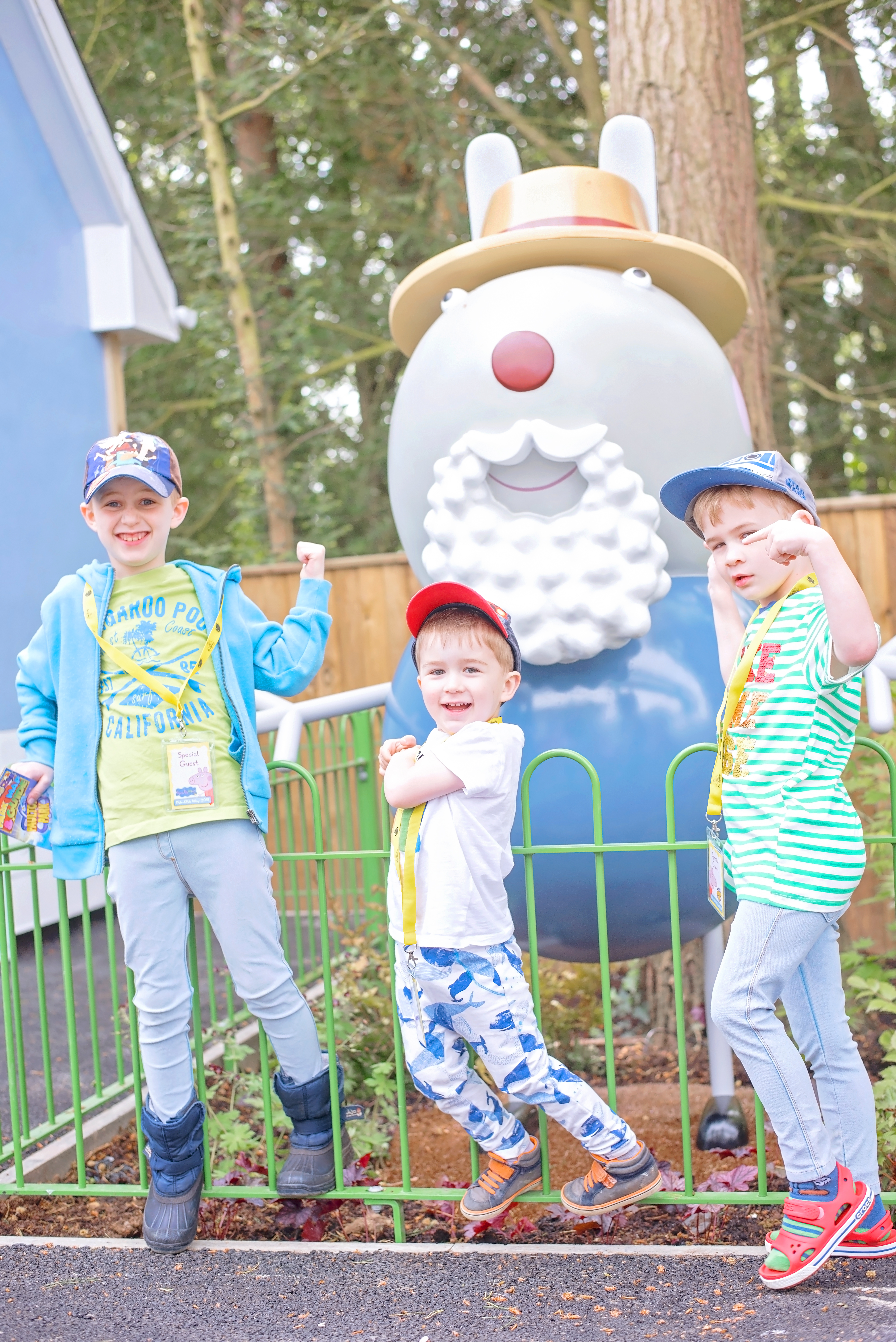 Next up we took a tour on The Queen’s Flying Coaches.  The boys were excited as once the ride starts, just like on the Sailing Club ride, there’s narration coming from the vehicle.  We had an amazing view of Peppa Pig World from the carriage and felt very secure in it as we trundled along merrily. 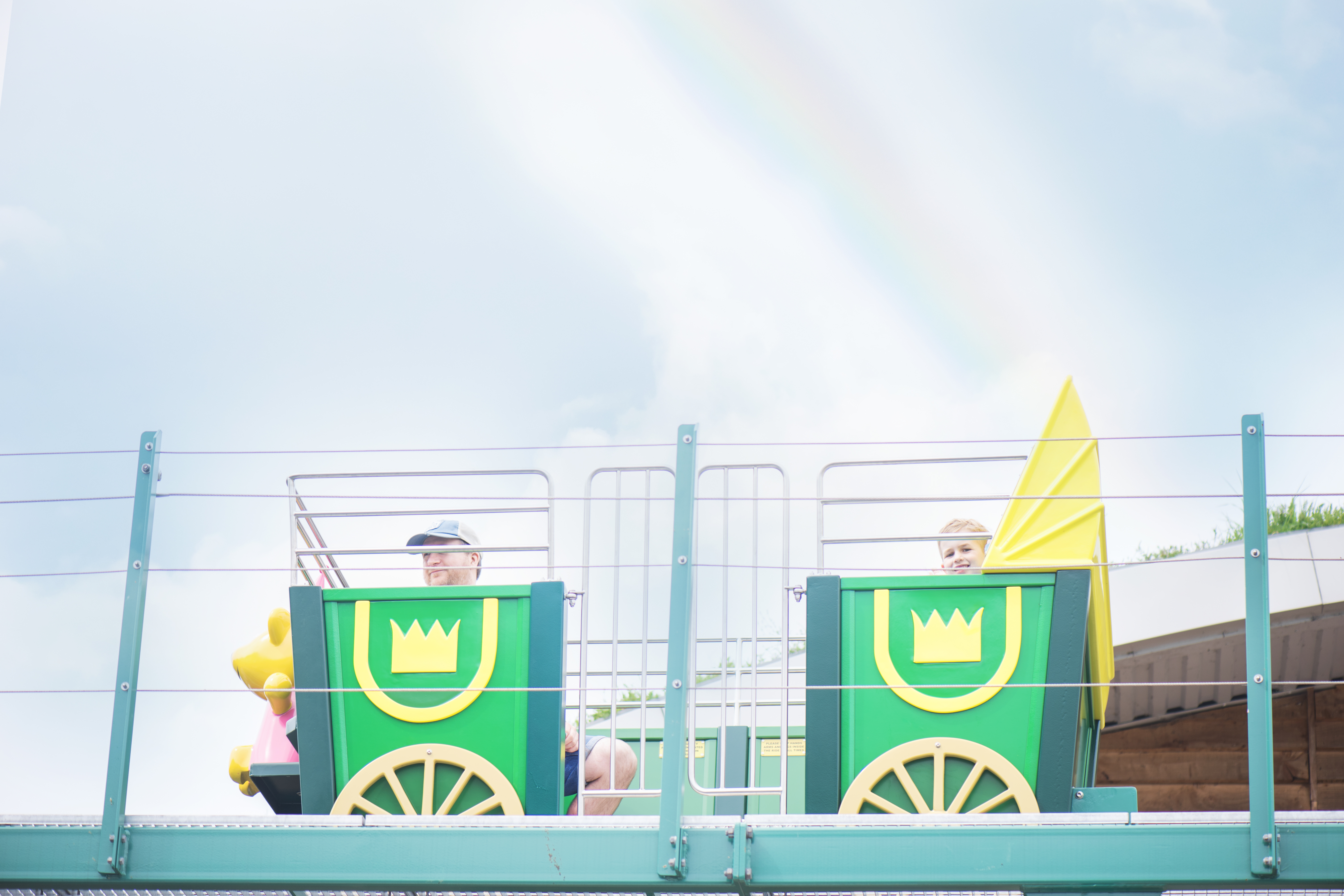 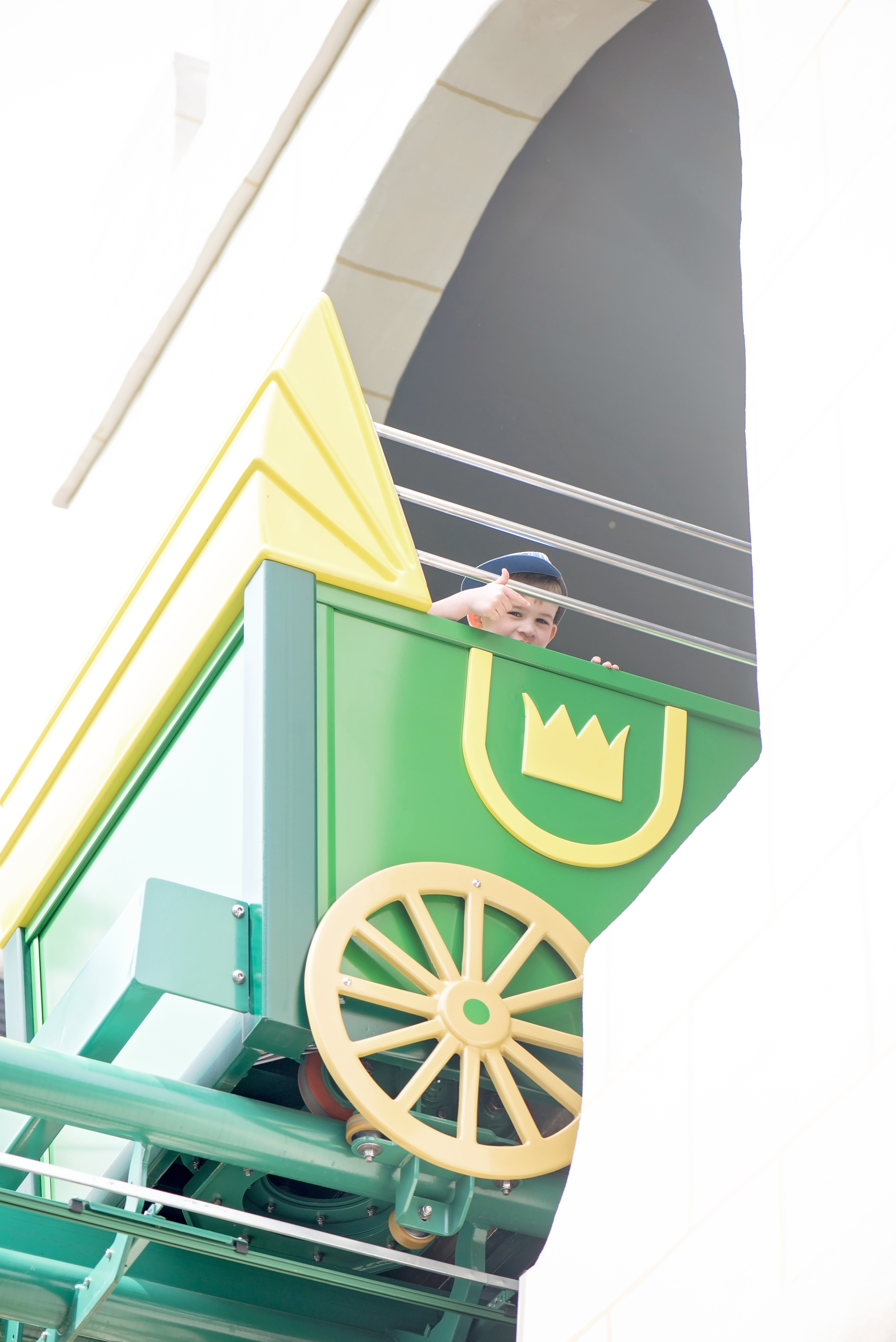 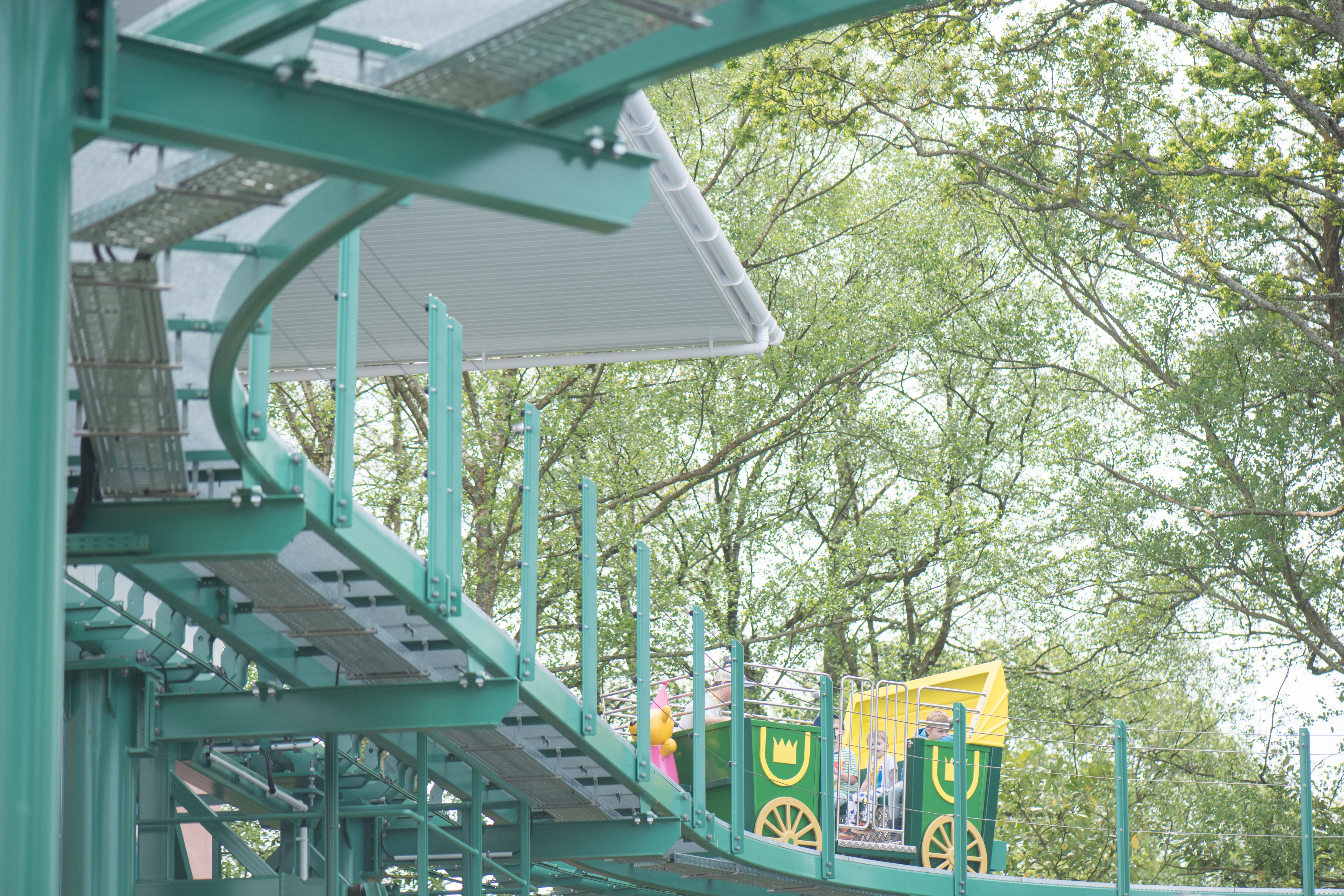 We enjoyed some very tasty little pink cupcakes and had a drink, and then headed over the the original part of Peppa Pig World after having a little Facebook Live with one of the boys’ favourite Milkshake presenters.  We also managed to see George, Peppa and Daddy Pig, although Mommy Pig evaded us somehow. 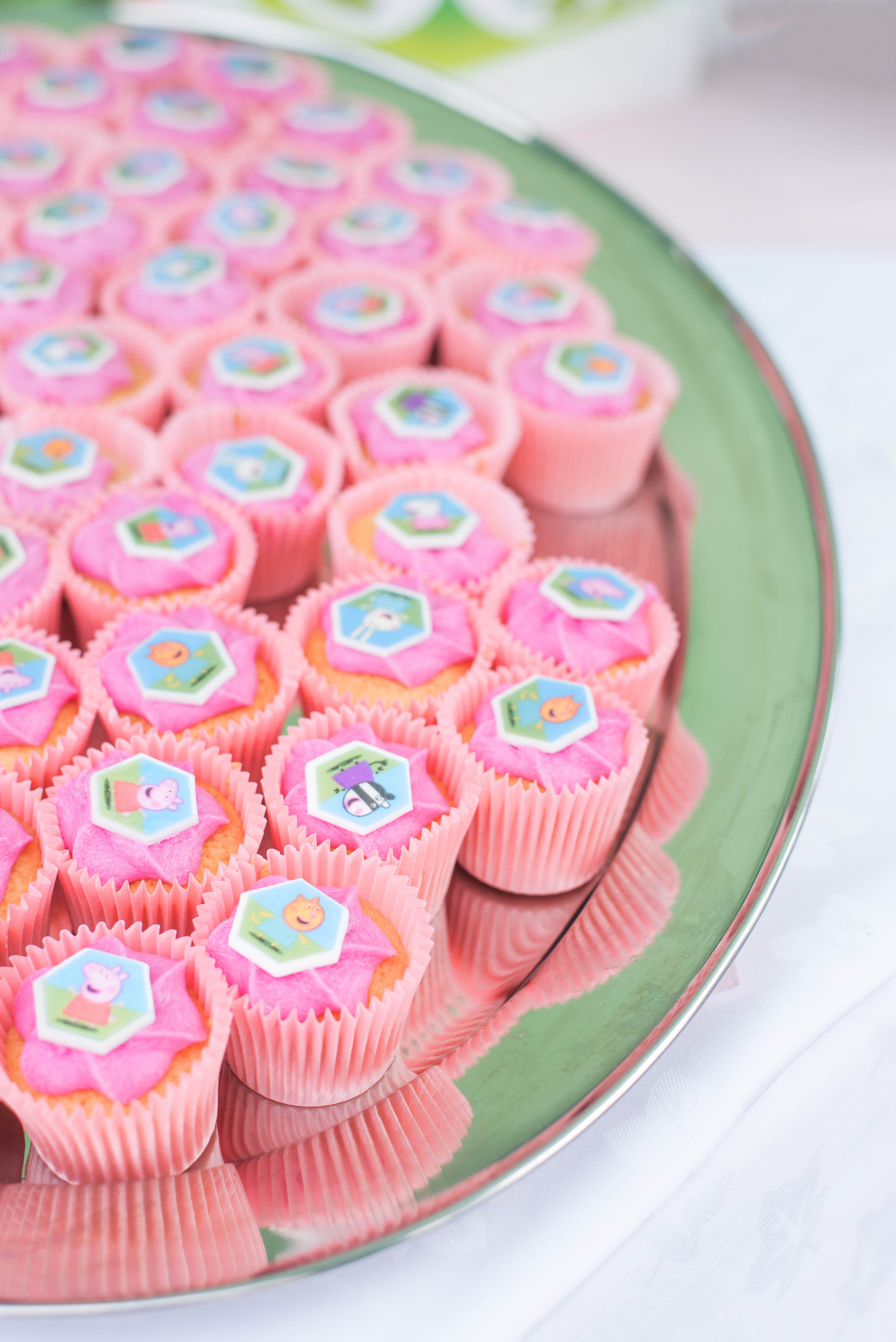 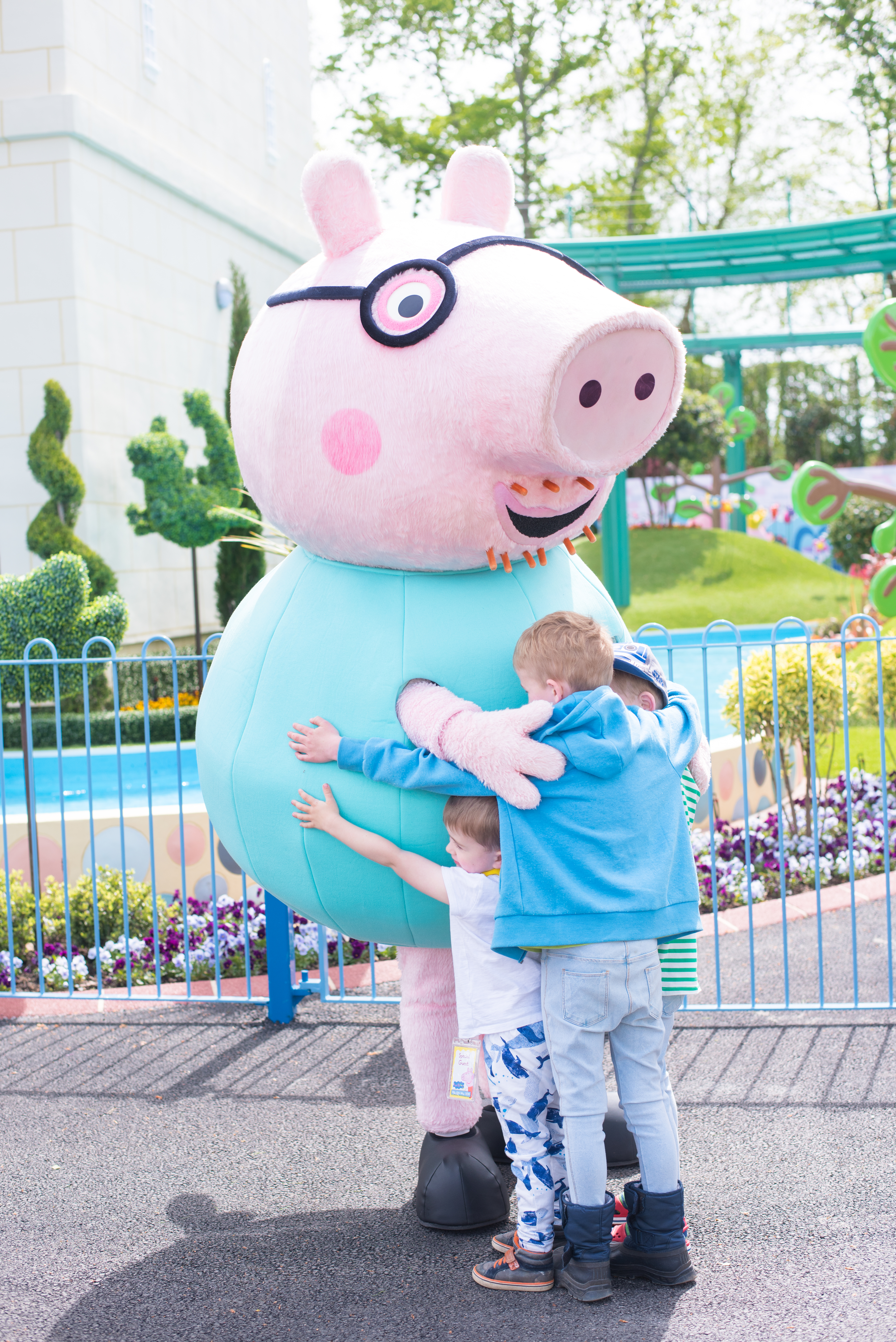 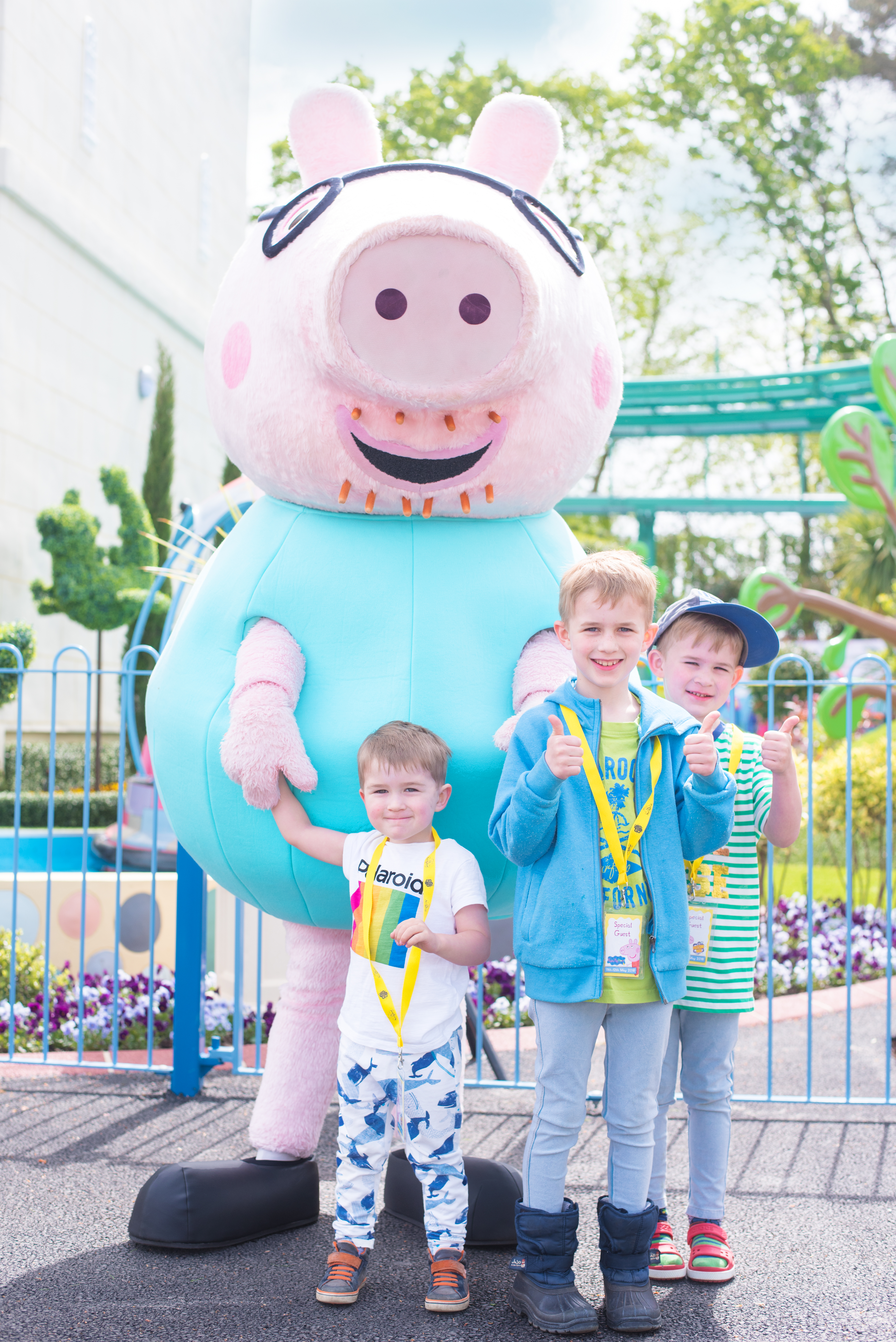 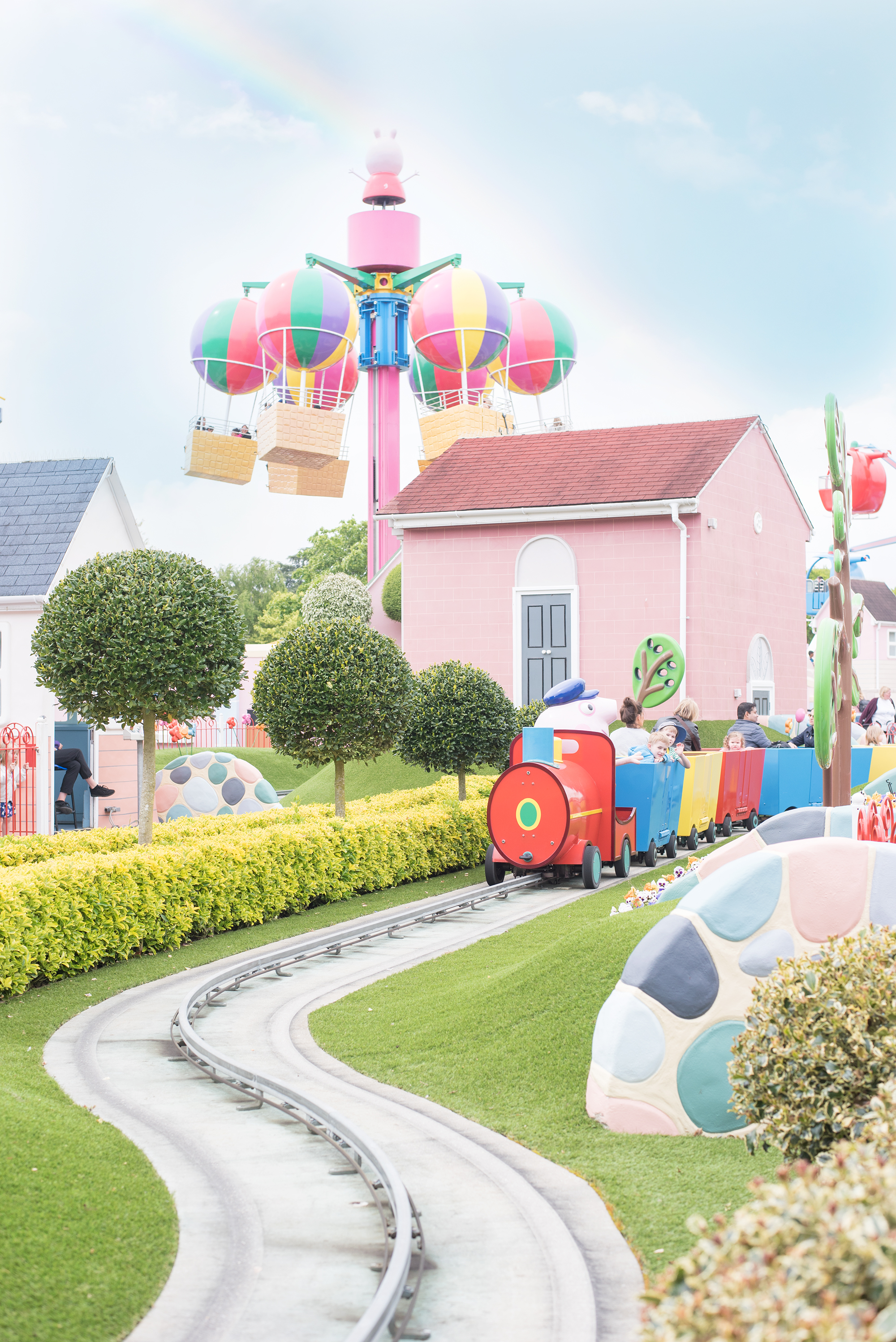 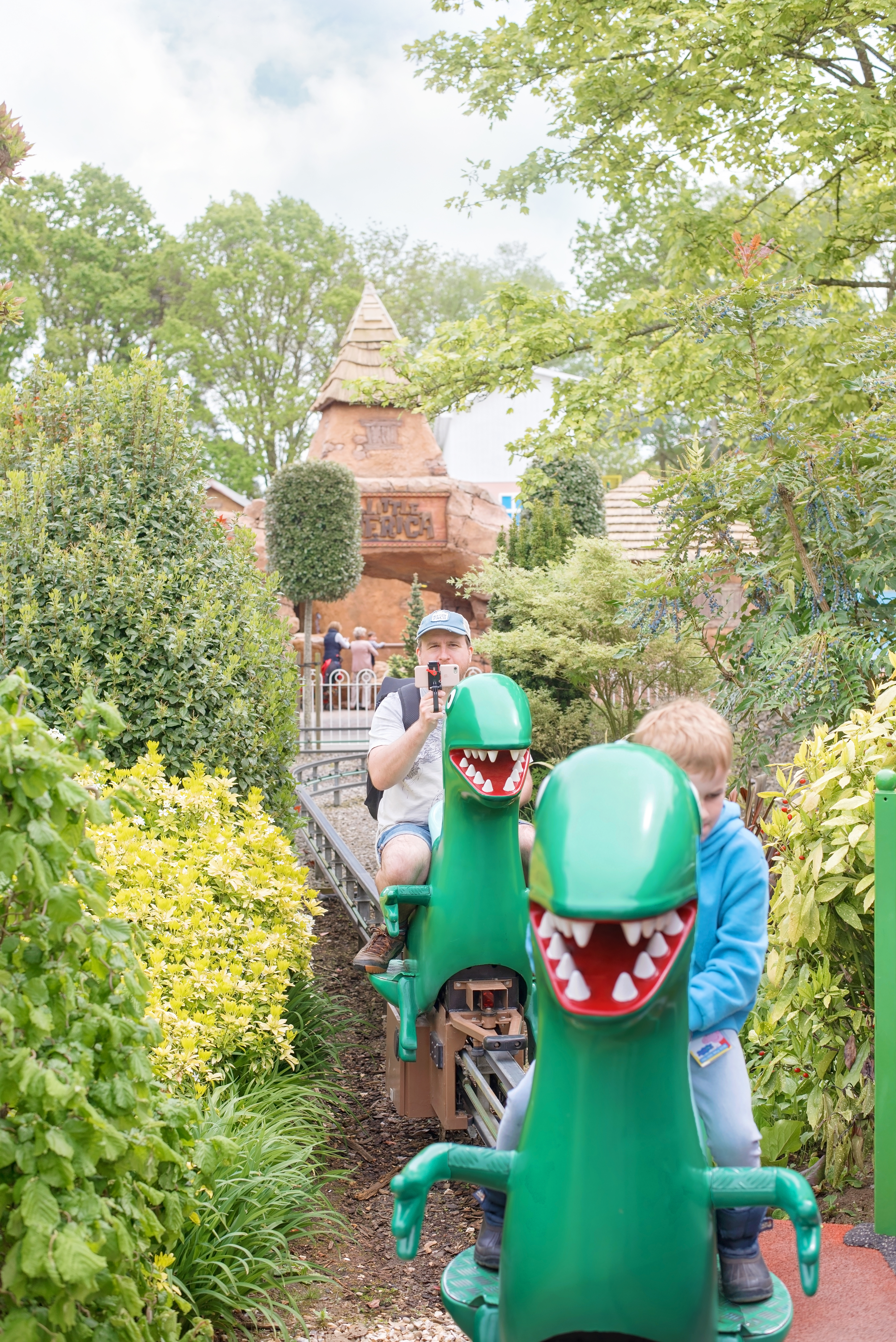 We spent the whole day exploring the park and the parts that we hadn’t seen before, and popped into the Peppa Pig Shop on the way home after an extra play in Mr. Potato’s Playground.  Uncle Pig and Baby Alexander were waiting outside to play with Hero apparently. 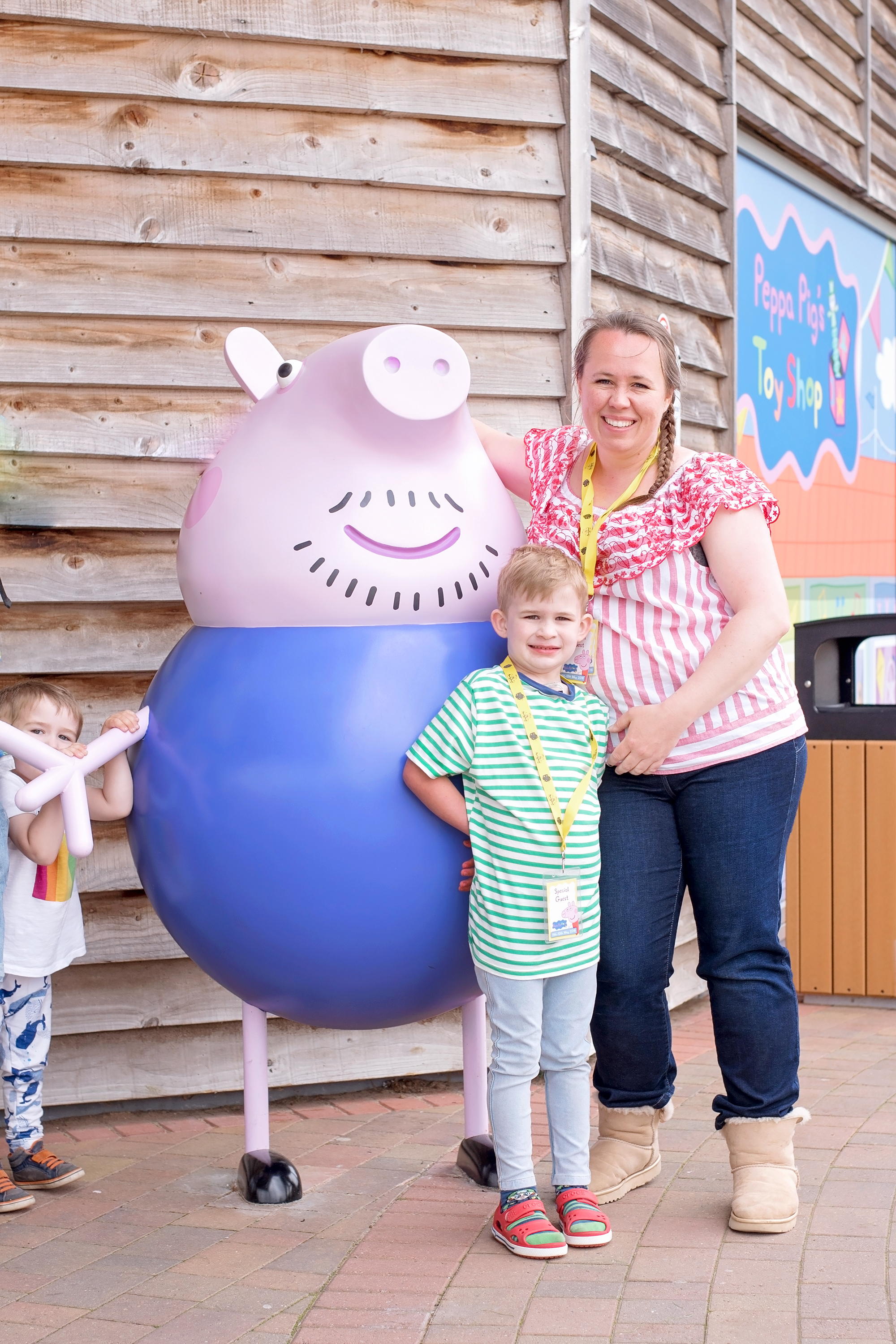 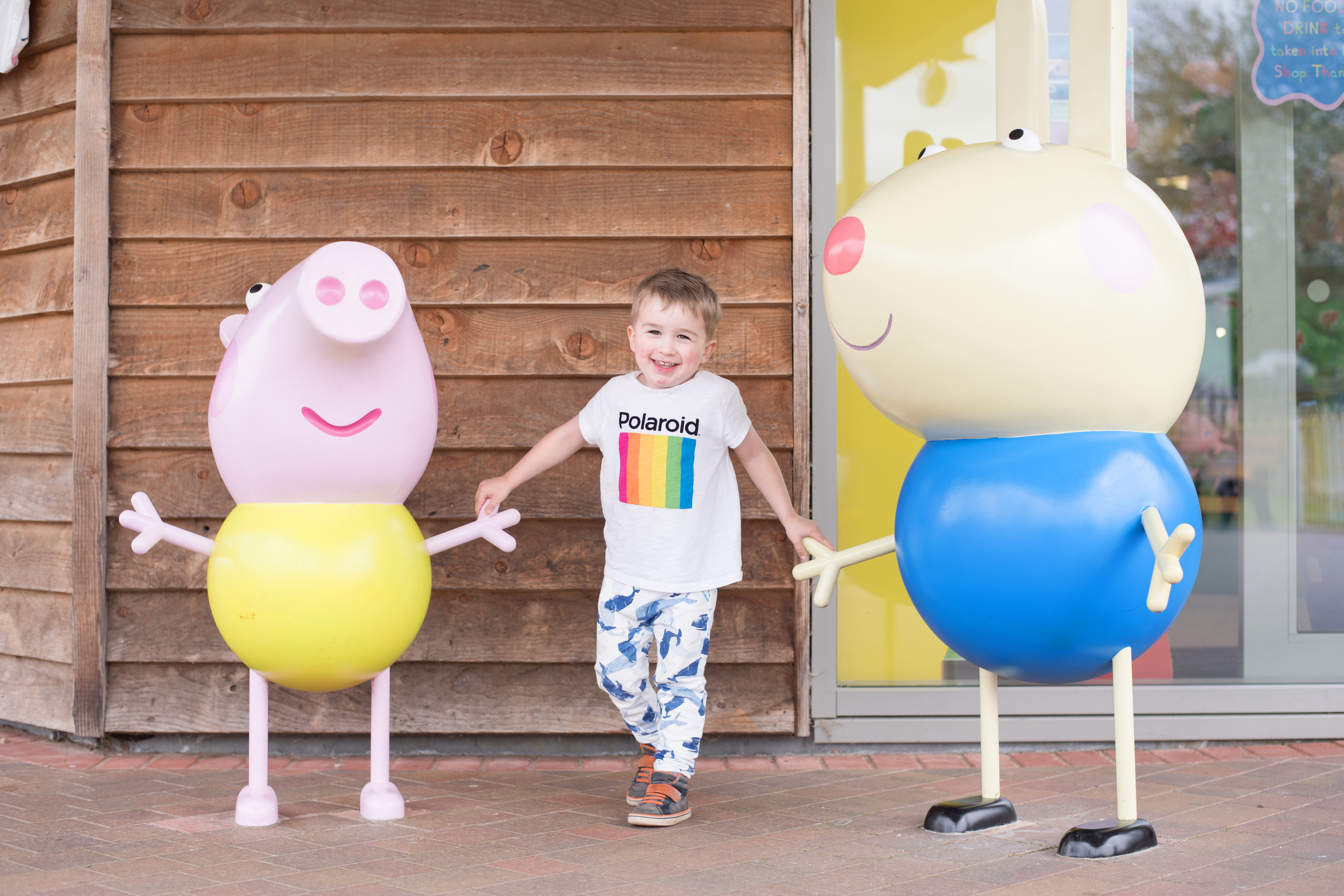 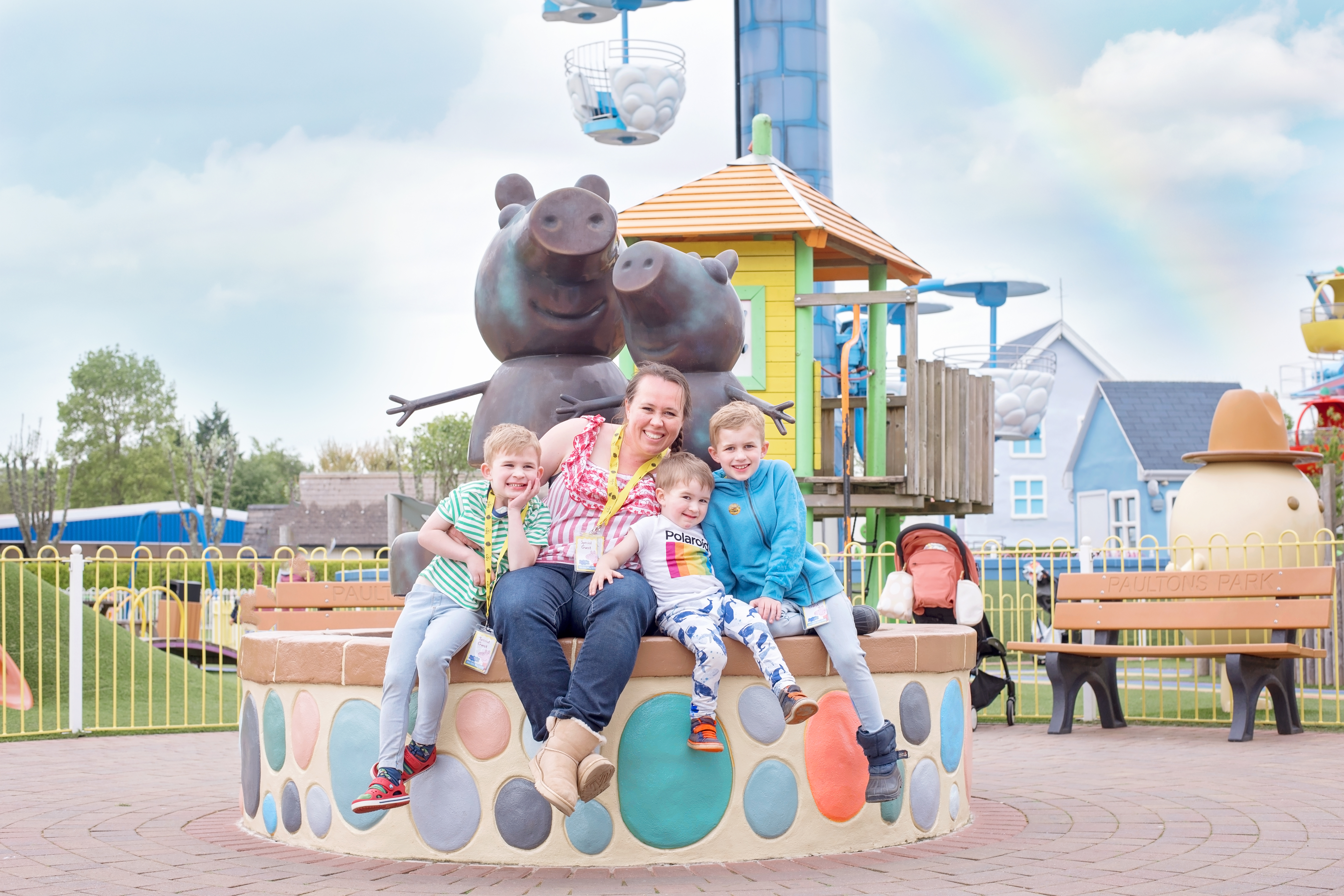 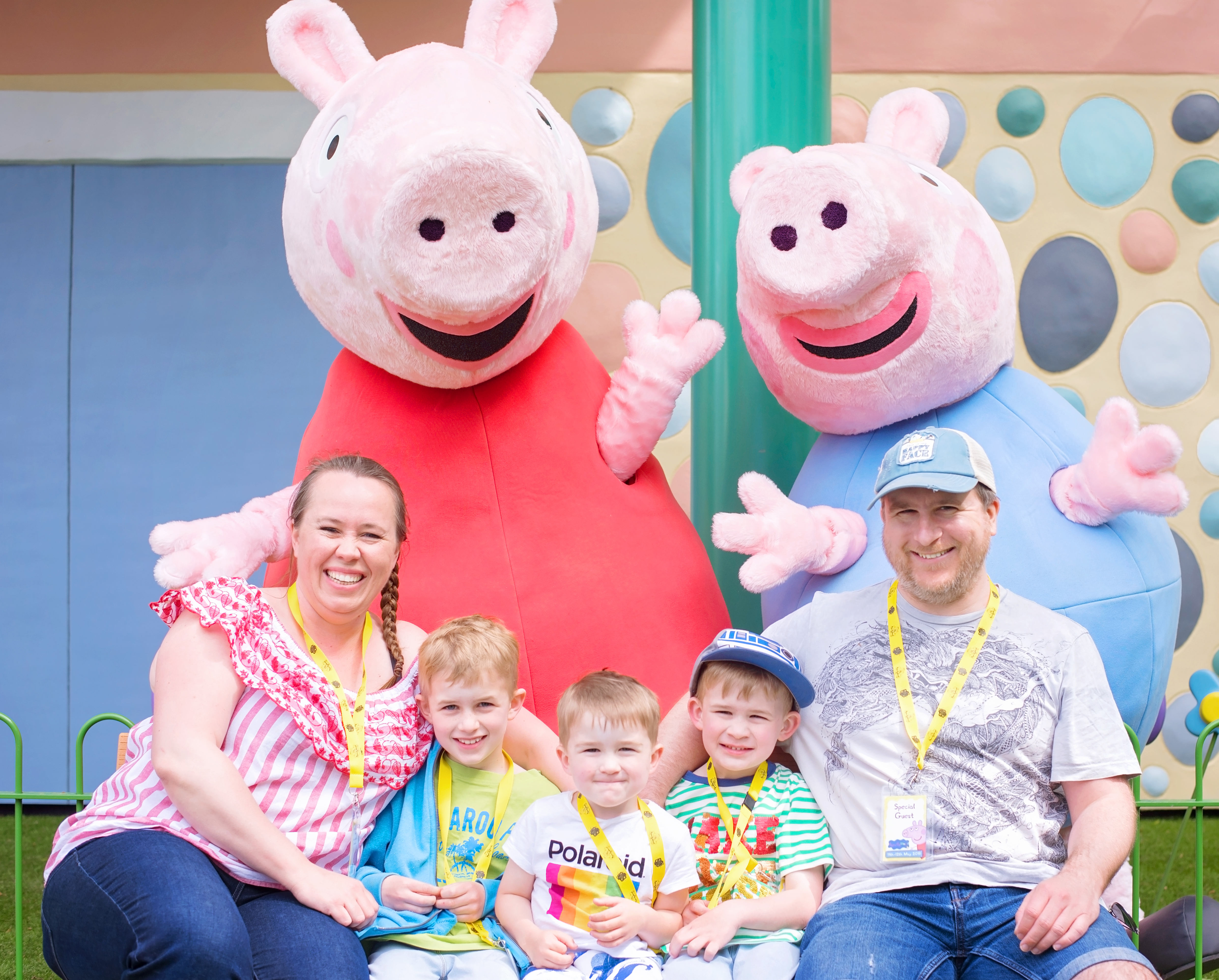 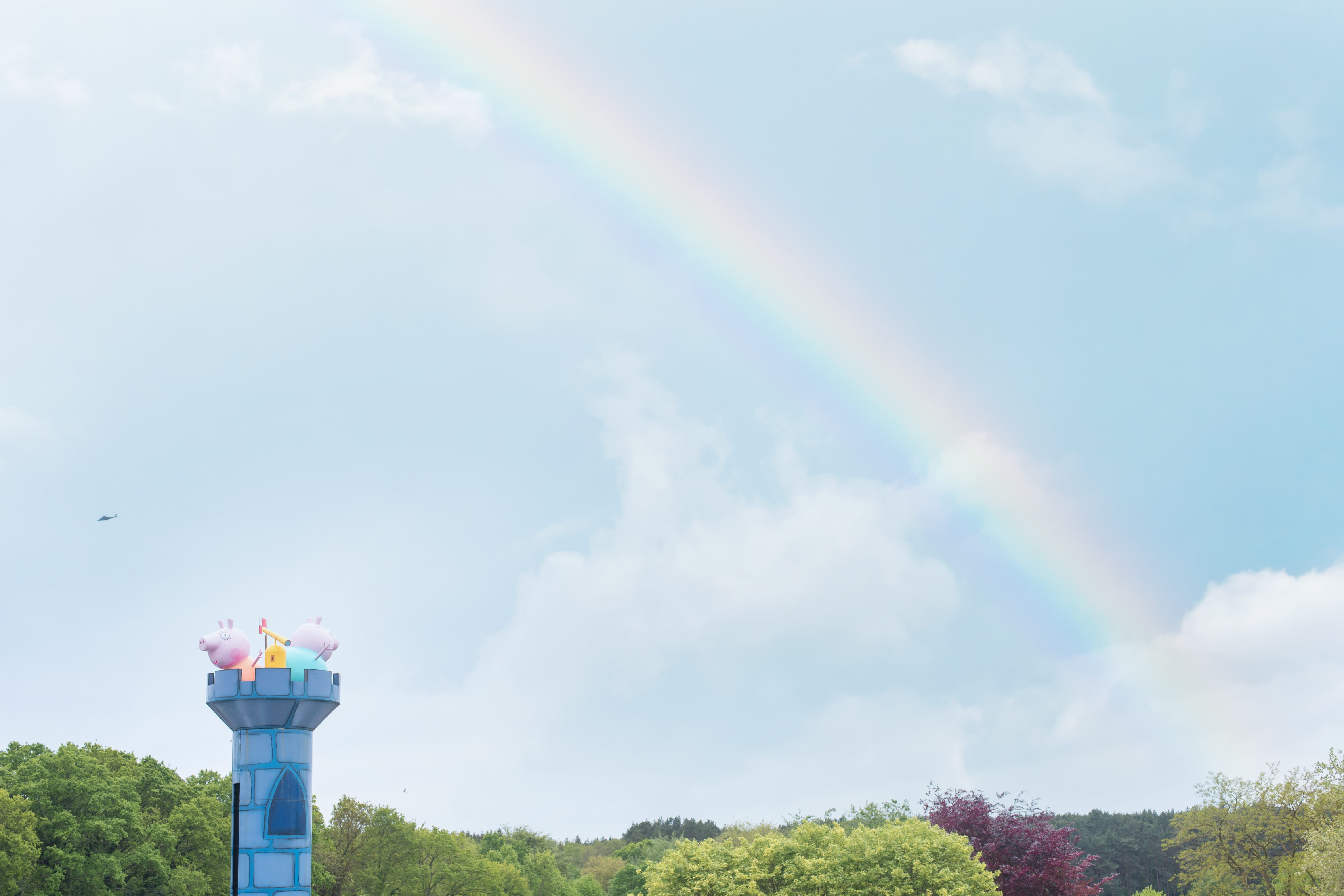 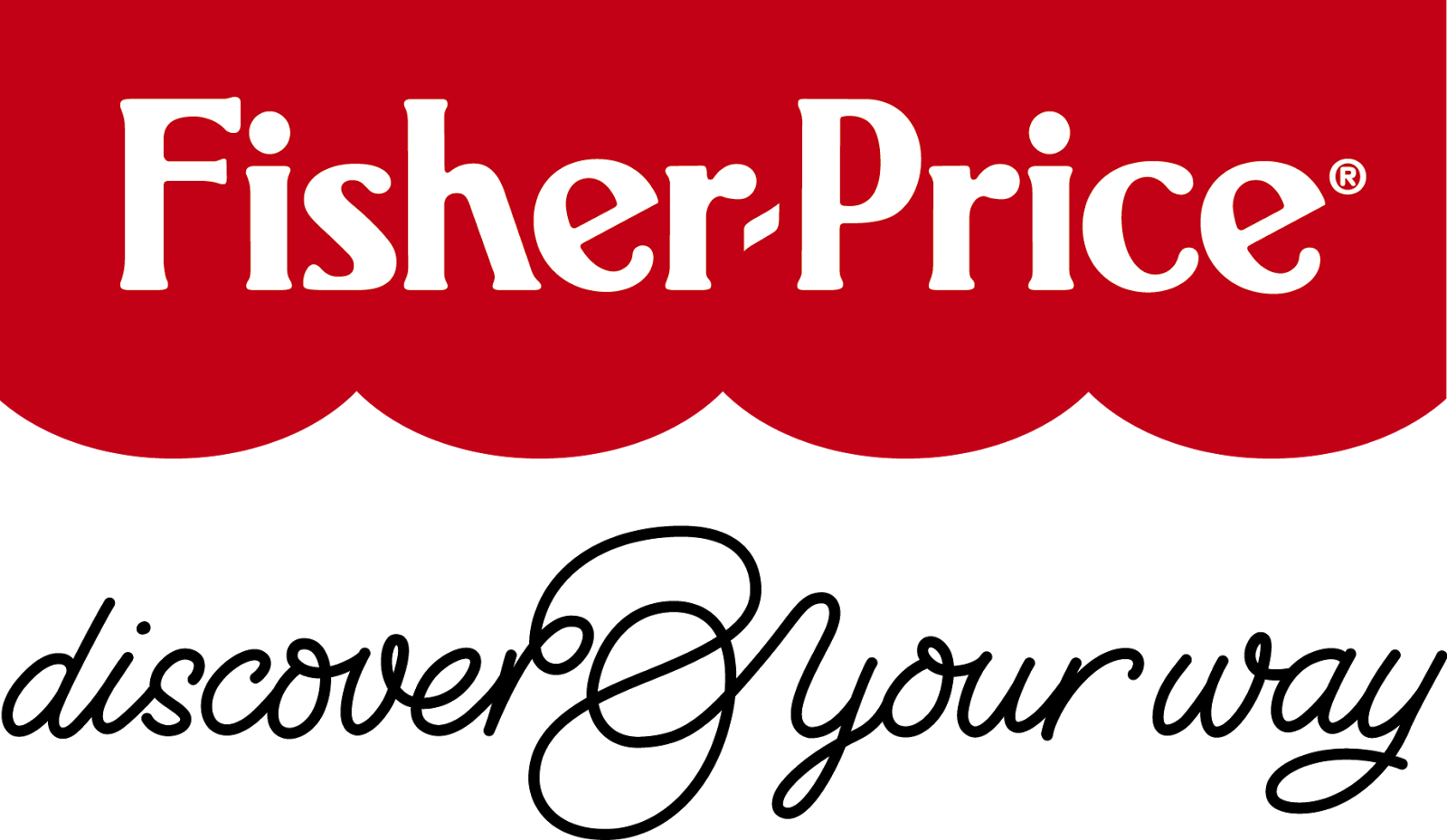 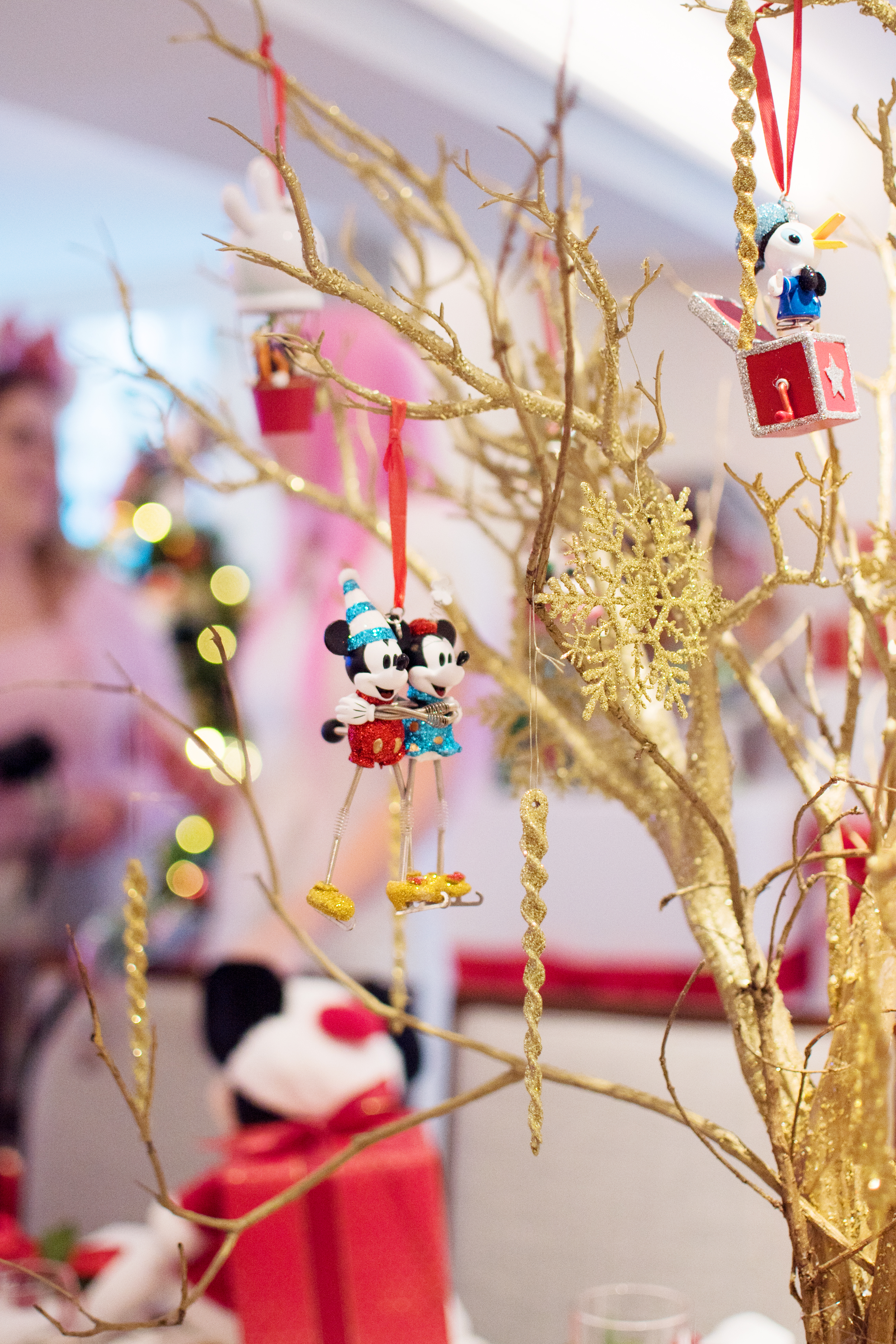 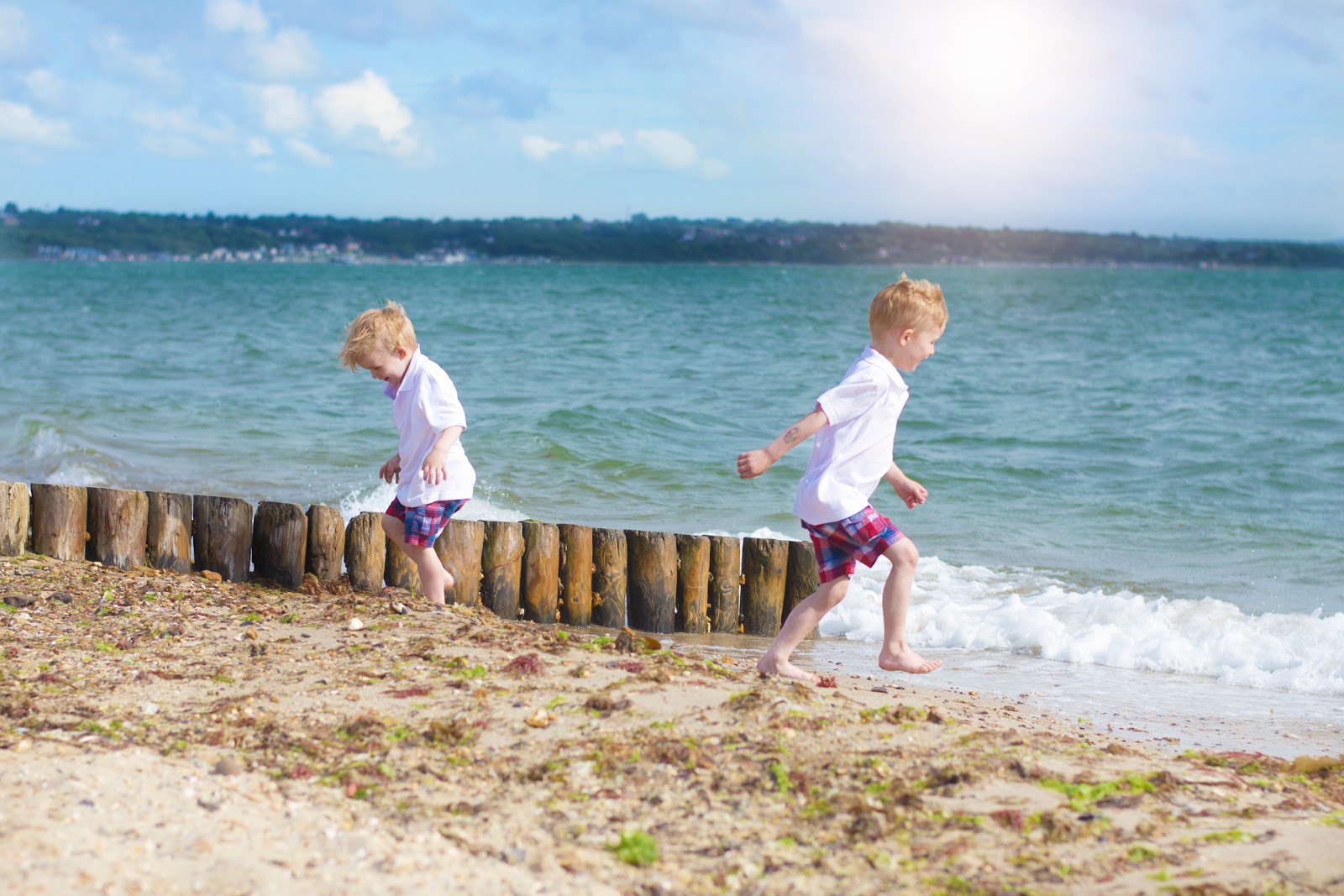 Hero turned one on the third of July and so we celebrated with a fourth of July themed BBQ on the fifth.  That seemed pretty fitting and despite a murky start to the day with silver rainclouds looming whilst the wash of rain from the right before was still evaporating from the paths, the sunshine… 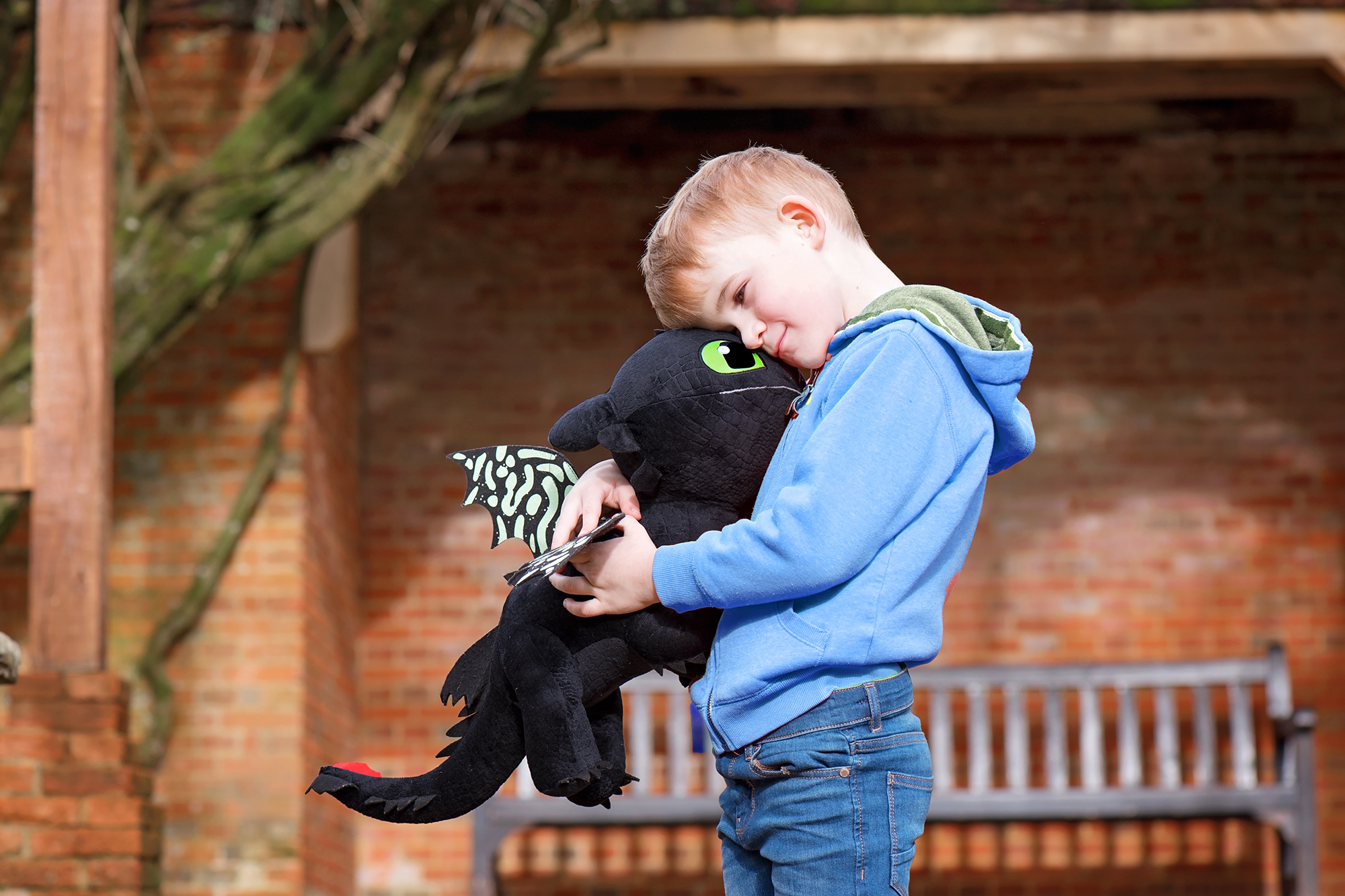 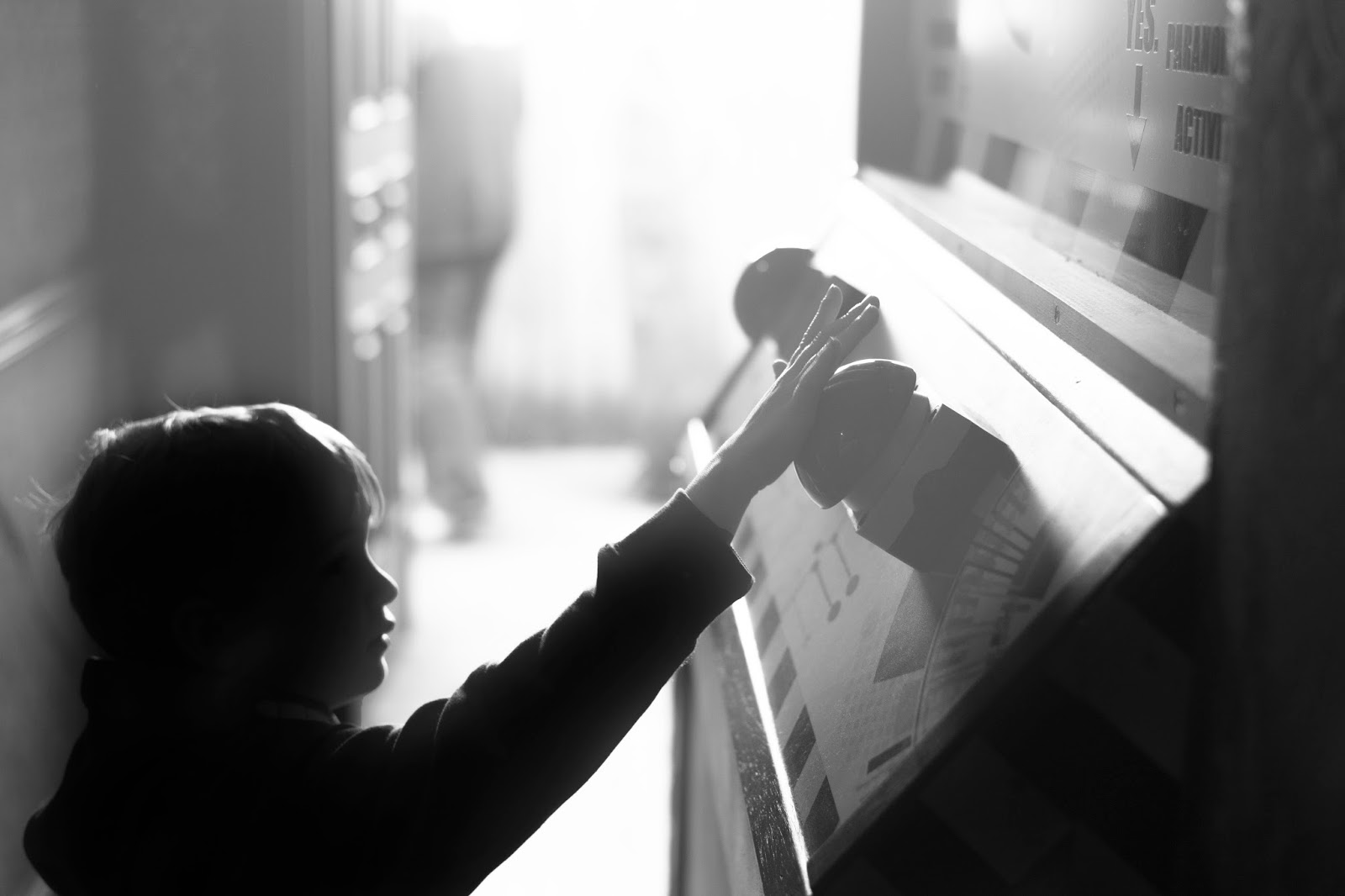 When we were visiting Drayton Manor Park and Zoo last time, we were invited to visit the newly refurbished The Haunting attraction – and our boys, whilst quite terrified for the first five minutes, absolutely loved it.      If you enjoy a good scare and you’ve visiting the park, make sure you take… 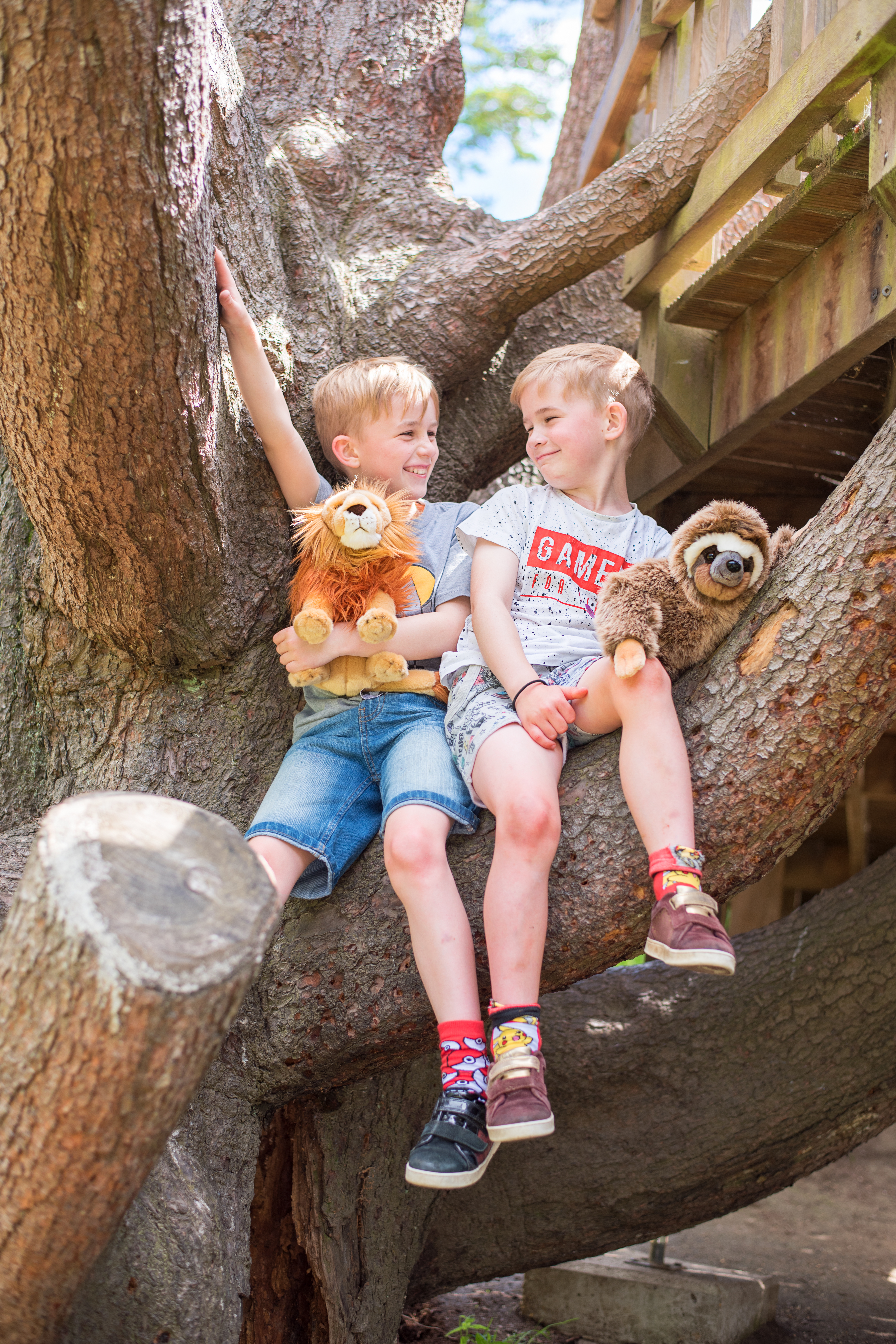