2 shares
Although on Friday, the calendar proclaimed to the rest of the United Kingdom that it was indeed St. David’s Day, in the Jones household (since both Dadda and I were working on Friday) we delayed our celebrations until the weekend…when our daffodils decided in unison that it was time to put in an appearance.  Trumpeting their glorious, sunshine yellow happiness throughout our house, we got our party started.

It’s an emerging trend with us; we never seem to manage to actually celebrate at the alloted time, but we DO celebrate…and that’s what’s important when you’re little, after all.

So, we began our weekend with a Welsh
dragony bacon and egg breakfast.  Except, you know, our dragons were smarter than the average flame thrower.  They used lightsabers. Times, they are a changing, people. 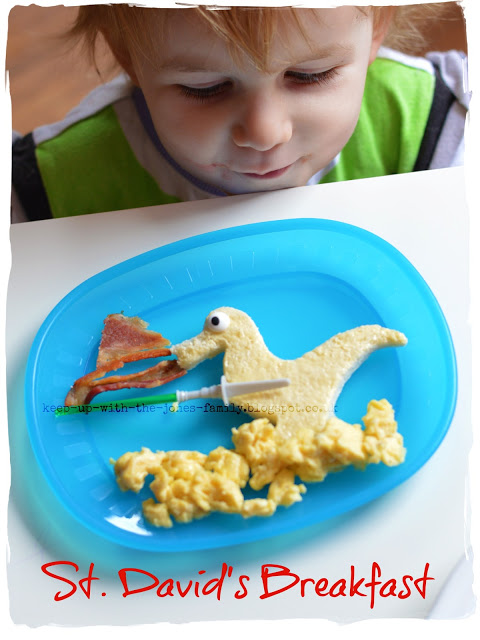 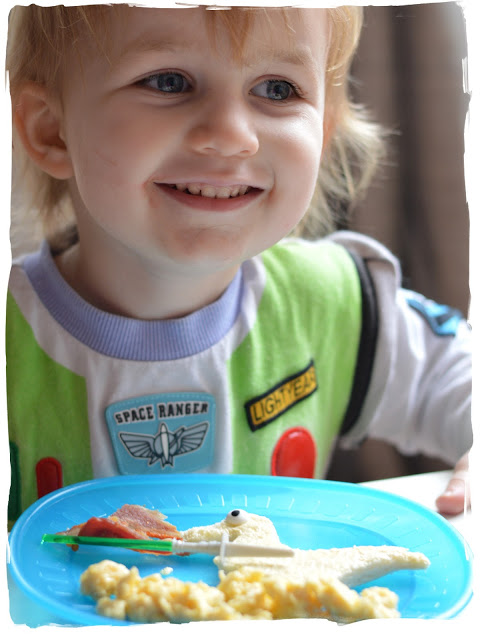 After breakfast we decided to make our first ever Welsh cakes (or Wash
cakes as our Little Adventurer is calling them). Baby Dragon took this opportunity to have a mid-morning nap and so whilst
we were making them, we played a slideshow of Jensen’s birth (which
brings tears to my eyes) on the TV.  I get so hormonal nostalgic when I see them, and my nose tingles with desperately restrained happy-tears.  I asked Jensen if he would stay small for Momma because he was growing into a big boy so, so fast. He said he would try, and gave me a
sweet kiss.  Cue more held-back tears.

Now, mixing Welsh cakes and cooking Welsh
cakes are two different things, we swiftly discovered. Oh, how I took those soul-warming, belly-hugging, buttery cakes for granted in Ammanford during the 1990s.  Had I known the effort that was hidden so deliciously behind those sugar sprinkled delights, I would have savoured them even more than I did.

Put simply and unashamedly, they are a nightmare to flip in the pan. They crumble, they disintegrate, and you’re never quite sure whether they’ve cooked the whole way through.  Jensen had cookie-cut Mickey ones that he wanted, and I wanted dragon shaped ones, and each and every time they just broke up into crumbly drama in the pan and morphed into amputated monsters.

Fortunately for us, we live with a genius.  Dadda came up with a brainwave to use a
cutter on the large, round Welshcakes AFTER they were cooled. Of course it worked
(d’oh), and with some hilarious results.

Upon cutting, one poor
little dragon had an unfortunate placed jumbo currant.  Living with a house of boys means much mirth when we see anything bottom related… 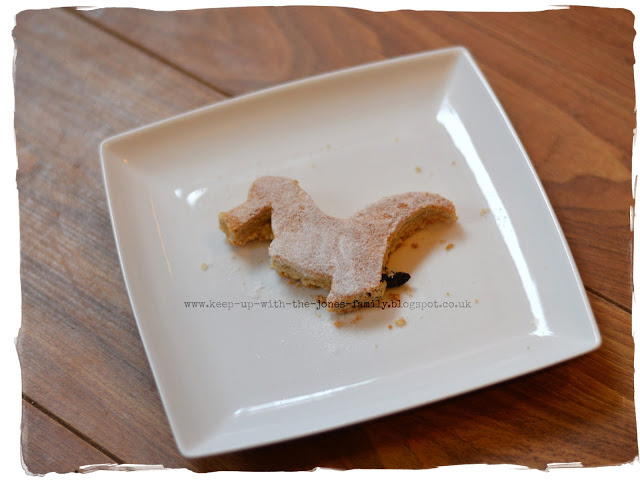 After
all of the dragon-poop fueled laughter had subsided (which was a long time), we made mini-Welshcakes for the boys to “cook”… 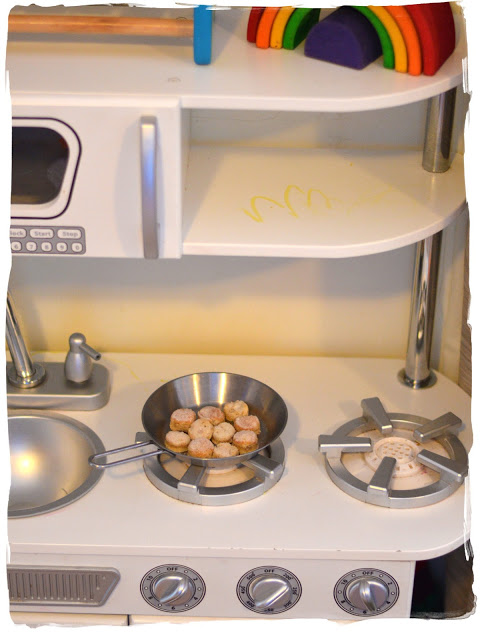 Then when Baby Dragon was awake again, Dadda taught a little about the geography of the UK on the blackboard.  I’m
highly clueless about the rest of the map of the world (much to my shame) but Jensen
managed to remember the different parts of our Kingdom really well.  I
don’t think he gets that from me. 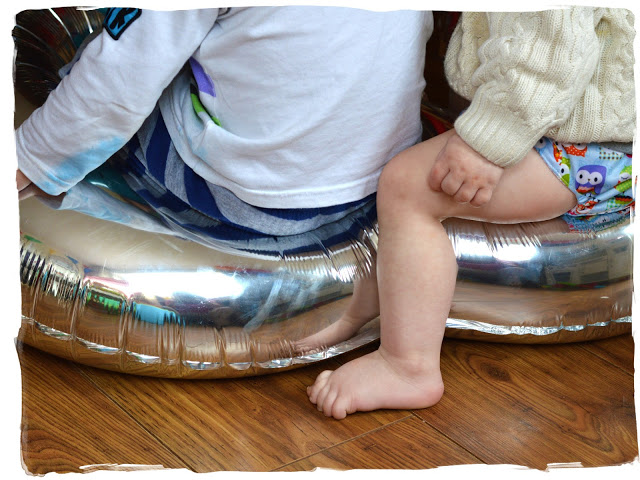 After learning about leeks and daffodils, and why we celebrate our heritage, it was time for a mini eisteddfod….and we all know how much Welsh men like to sing 😉 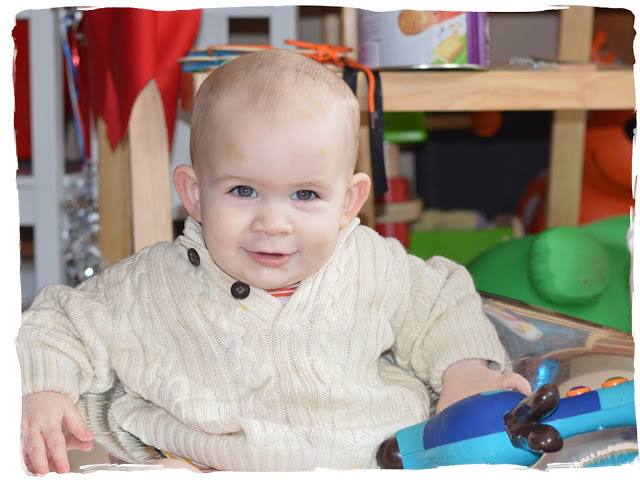 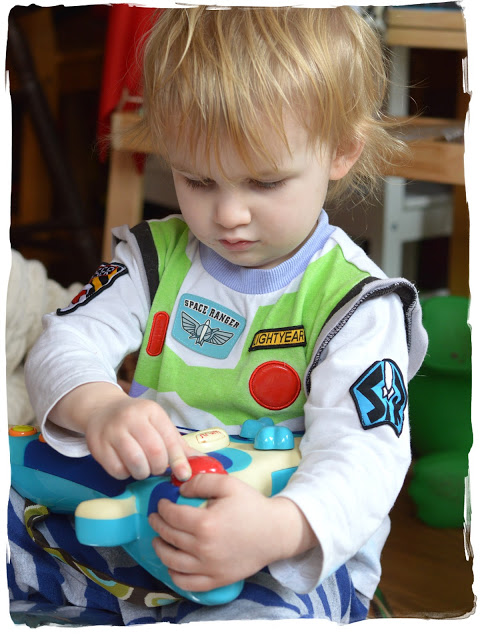 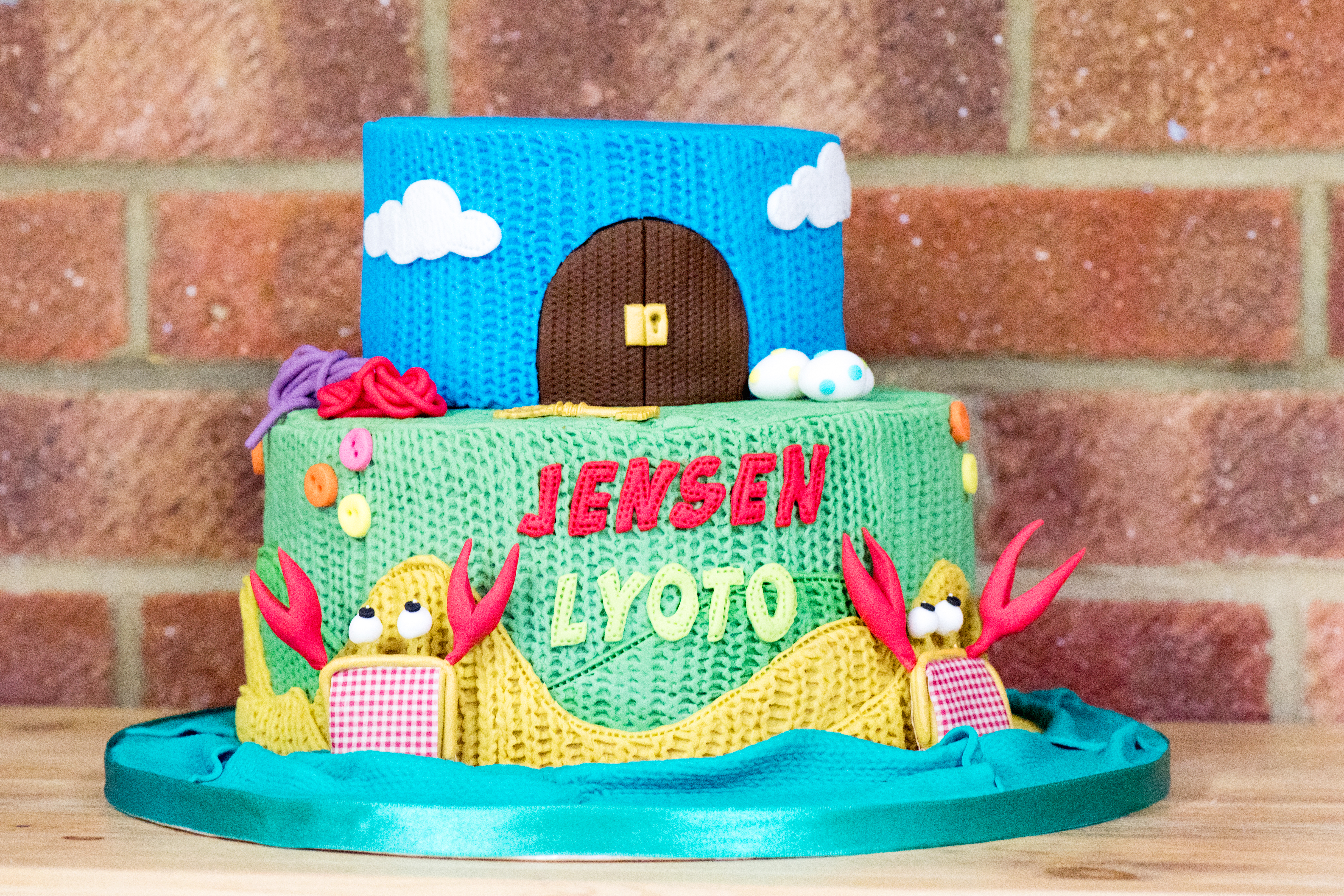 I’ve finally gotten around to posting the boys’ birthday party from a couple of years ago.  Timely, I know.  How I managed to miss it I’m not sure, but it was such a fun time that I decided to post it now anyway.  The party was, according to the boys, a YOSHI’S WOOLY WORLD AND… 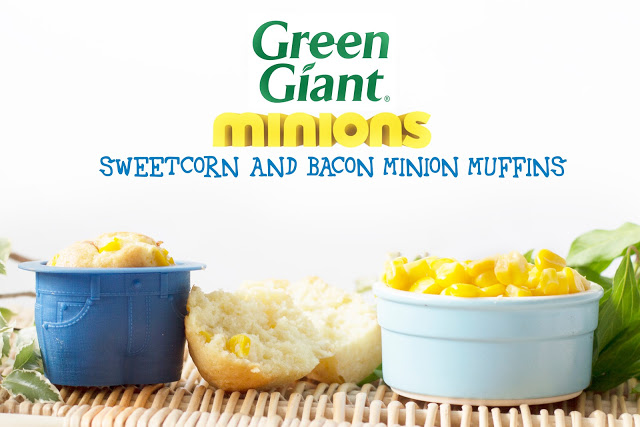 The Jolly Green Giant has been a part of both my and the mister’s lives since we were little.  I loved watching the adverts and wondering if he would ever grace my garden’s corn-free vegetable patch, and the mister, well, his most vivid memory is listening to them in French every year on holiday on… 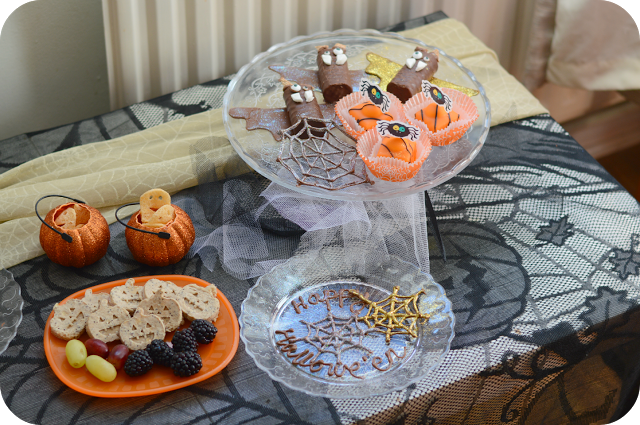 Hallowe’en is one of our favourite holidays as a family.  It’s unique…and the only time as a grown up you can rationalise dressing up and reverting to an adult sized version of your child-self.  I admit that it’s only since we’ve become parents that we’ve dressed up, but before that it was pumpkins galore in… 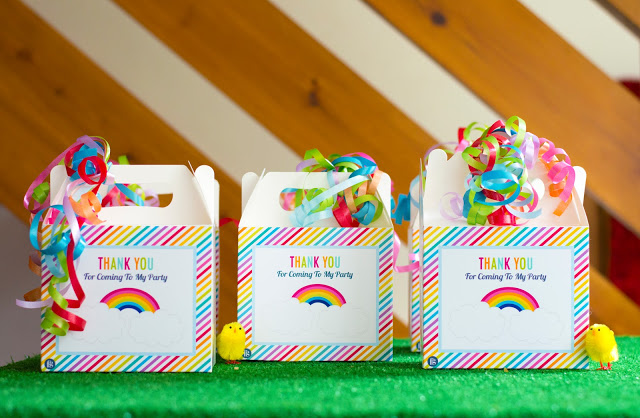 Getting Lyoto to sit and eat at the table can be a huge challenge some days – and most days I won’t even waste my energy on it because, as a good friend of mine says, I don’t want to die on that mountain.  As long as he’s fed and watered, I know the stage… 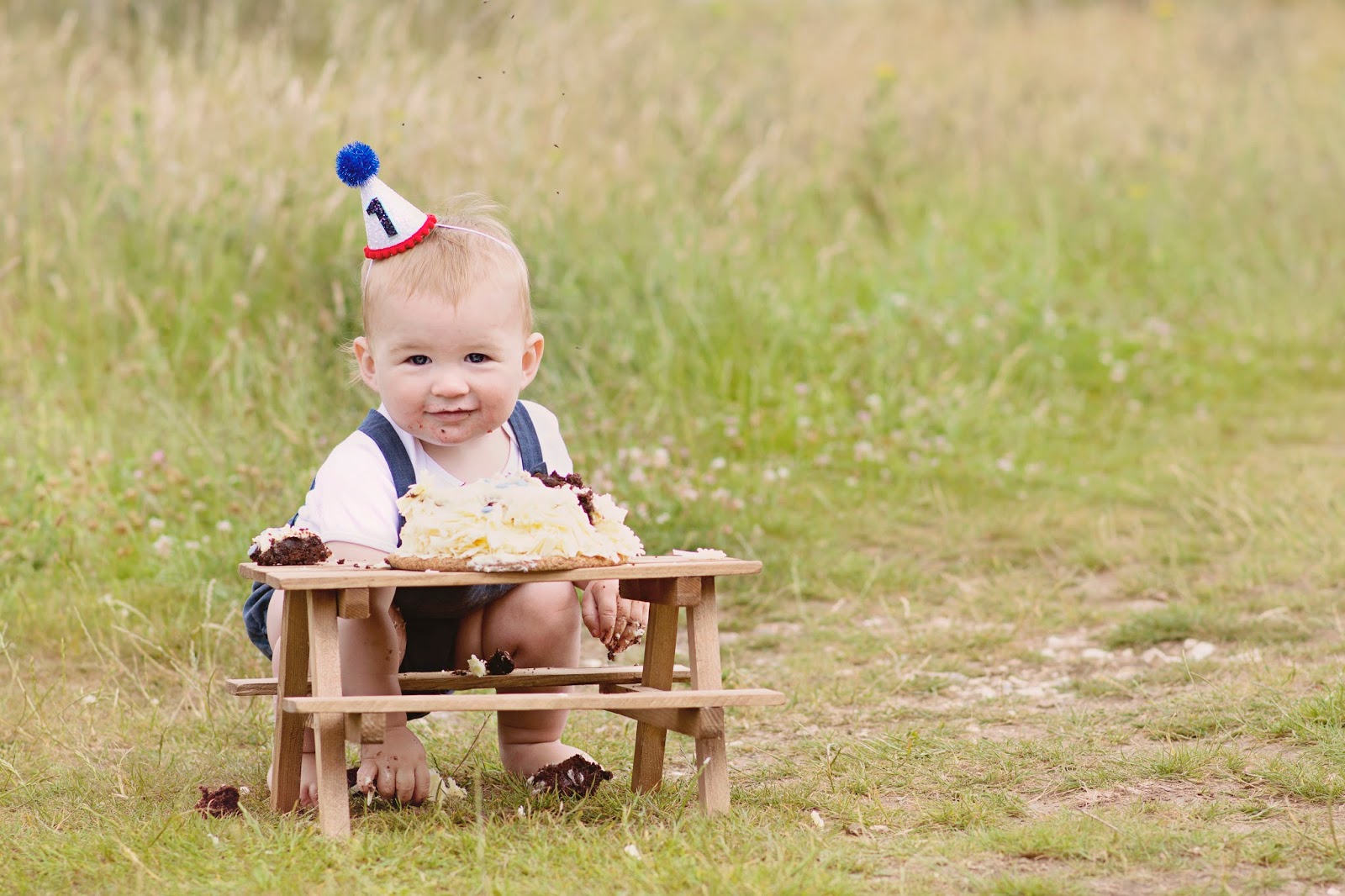