Since Vampirina burst onto Disney Junior, Hero has been completely blown away by her.  He loves everything about the show, and after receiving the Vampirina costume to try before, he was batty [get it? Batty? Sorry ;)] about being able to try out some new Vampirina toys for review when we were asked this month.  We were sent the Bootastic Backpack and a little Scooter and Vampirina Character set. 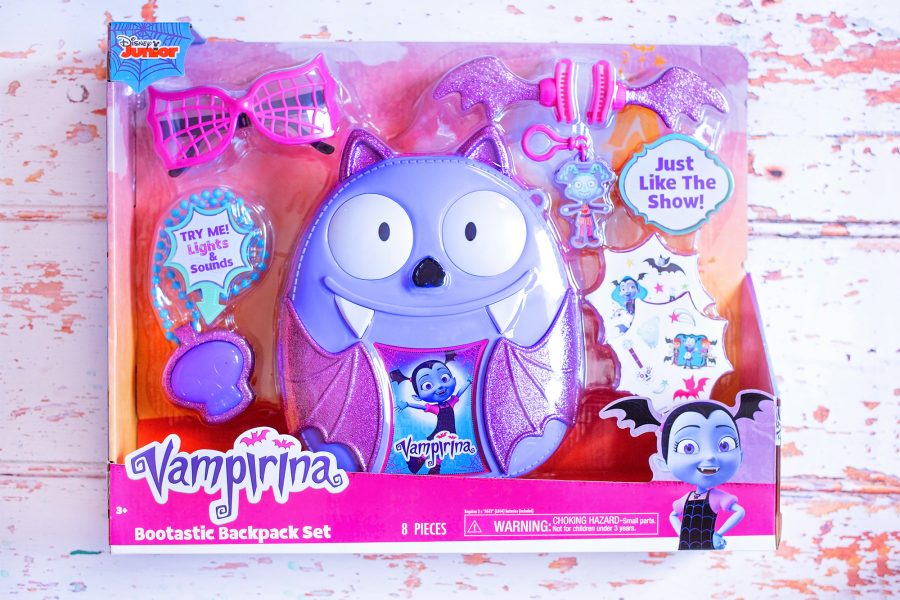 Inside the Bootastic backpack kit are 8 pieces – two sets of little stickers, two little bat pigtail clips, a spooky keyfob, spiderweb glasses and a necklace which makes sounds and lights up. 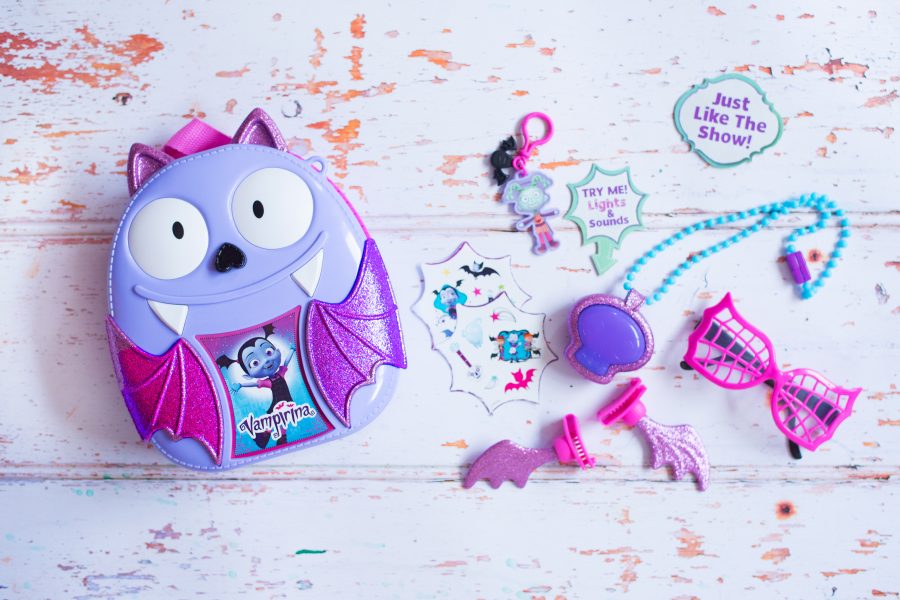 The Vampirina Sccoter set comes with Gregoria the Gargoyle and they both have a little scooter part to stand on.  Gregoria can only stand on this sideways though as the peg and hole are shaped to force the character this way.  They’re really cute and Hero has forbidden anyone else from touching them on his little shelf, but he does like to take them out for a roll in the garden. 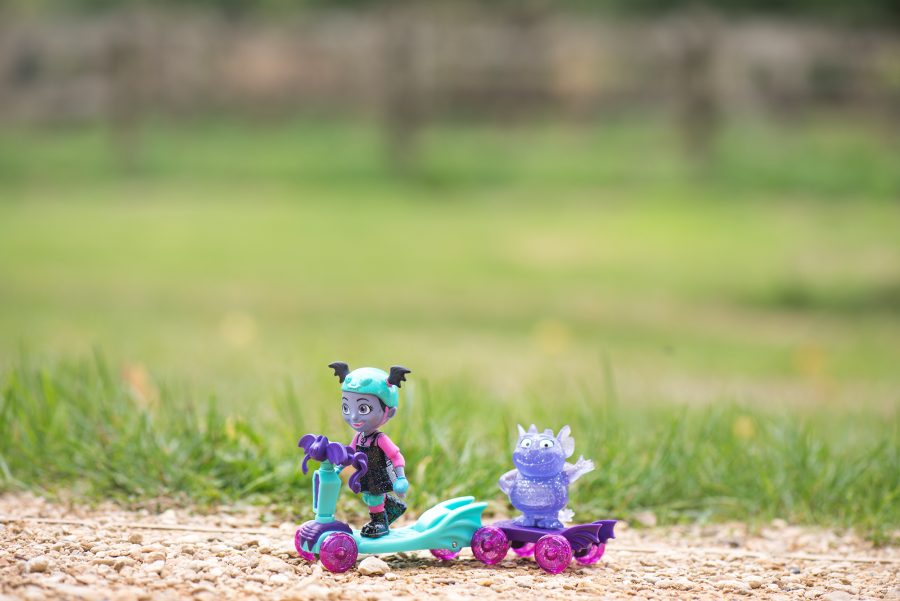 Having more Vampirina role play toys!  Hero is in love with the little backpack and in a very un-Hero like manner, volunteered some posing for us.  He felt very cool with the backpack only having one shoulder strap although this did confuse him at first.

The glasses – they were the favourite Vampirina accessory by far with the backpack.  The little pigtail clips weren’t staying in his hair and he was fine with that because he had little stickers to play with and a keyfob too.

The lights and sounds necklace.  It was so much fun seeing him run about, stop, press the chunky necklace and run off again giggling. 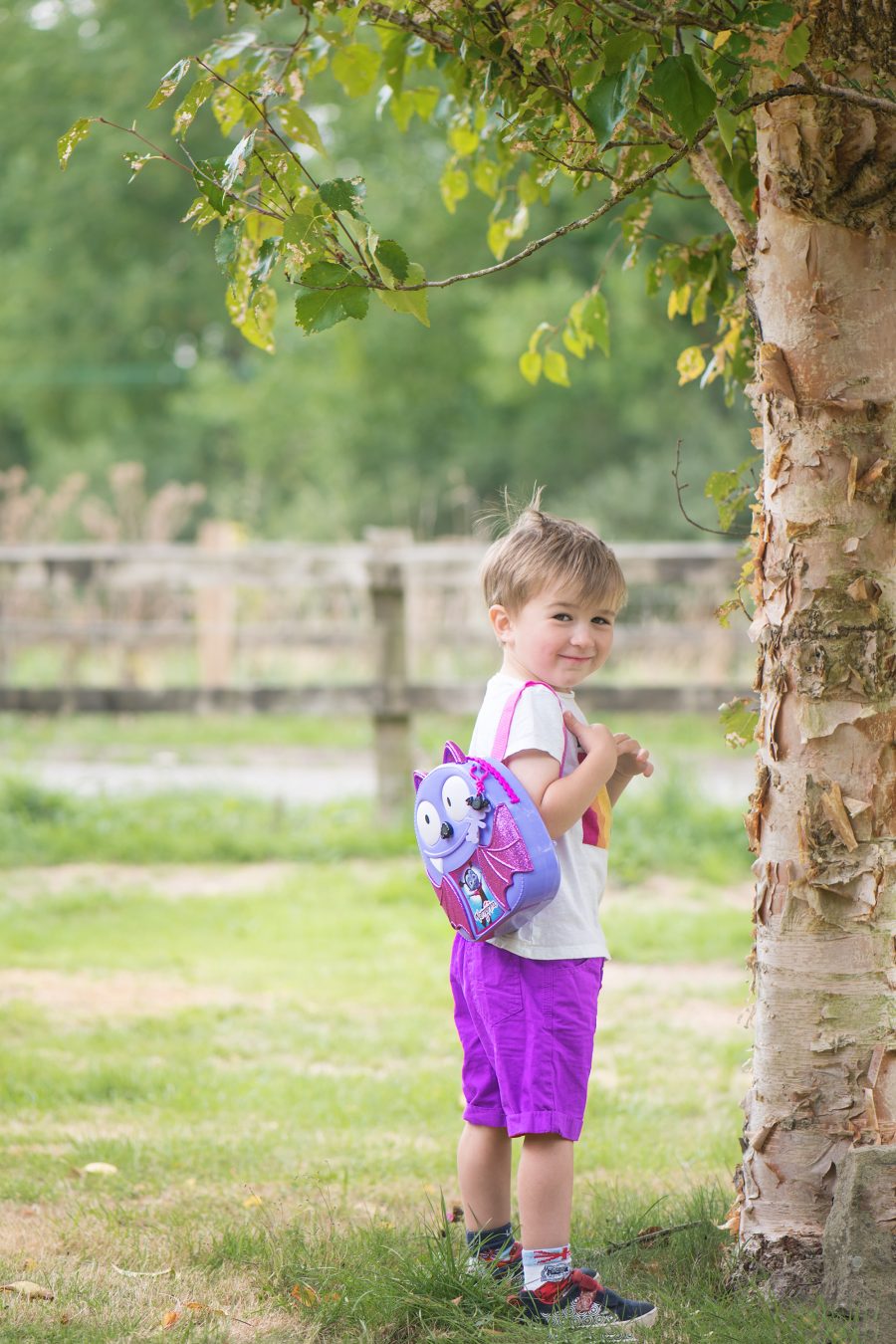 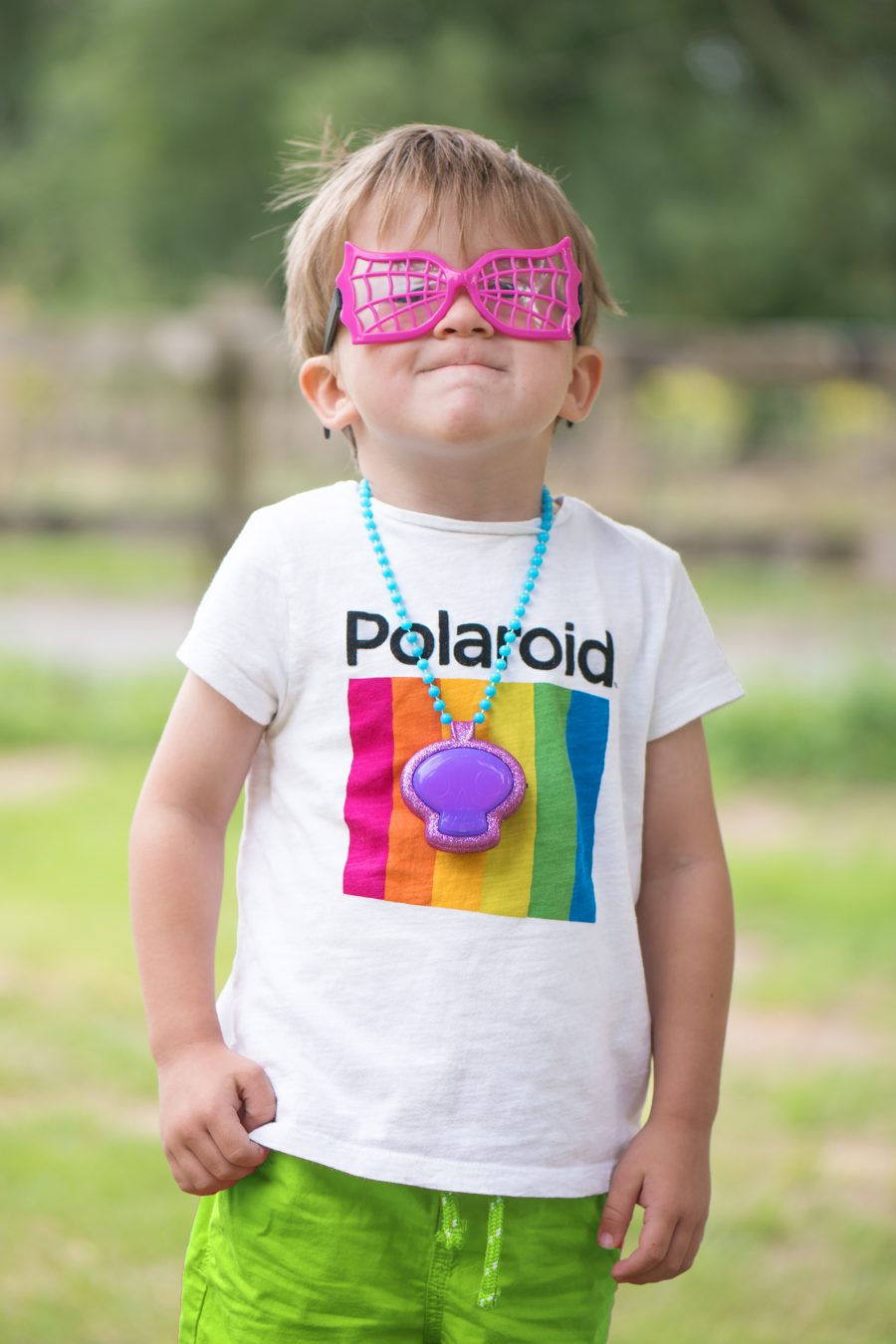 We do wish that the necklace was a little more robust though – when Hero tried to open the pull apart clasp by himself, he broke the beads and was heartbroken.  Luckily they’re like the costume beads my granny used to wear when I was little and I twisted them together like she used to to make them smaller for me to wear and he was happy again, but they’ve broken again a few times since.   Other than that we have one very happy Vampirina fan! 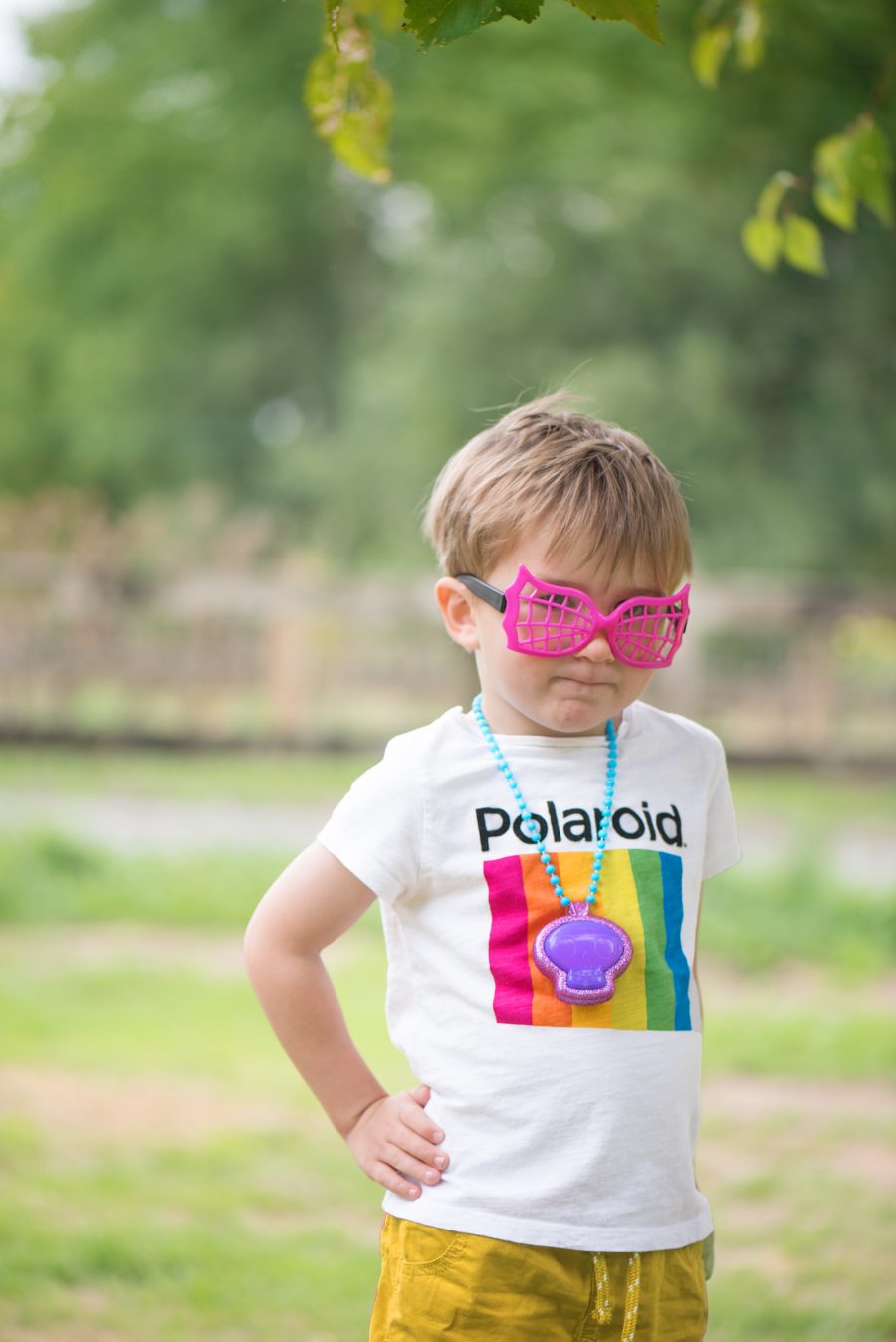 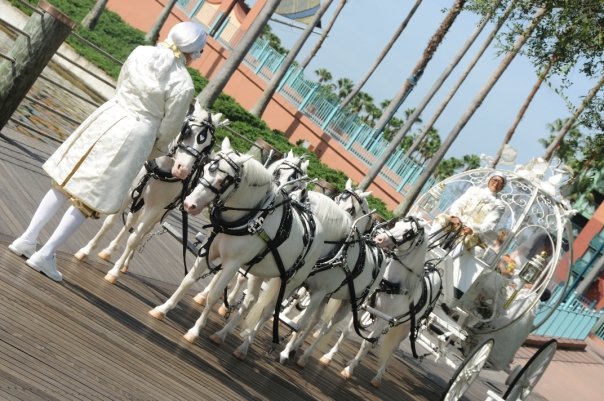 It’s wedding season!  I LOVE weddings.  Everything about them – the romance, the silk and satin dresses, the layers of tulle flowers, the pretty food and favours – all make me light up inside when I remember my own special day in the Florida sunshine, 7 years ago. Seven years since we sat in a… 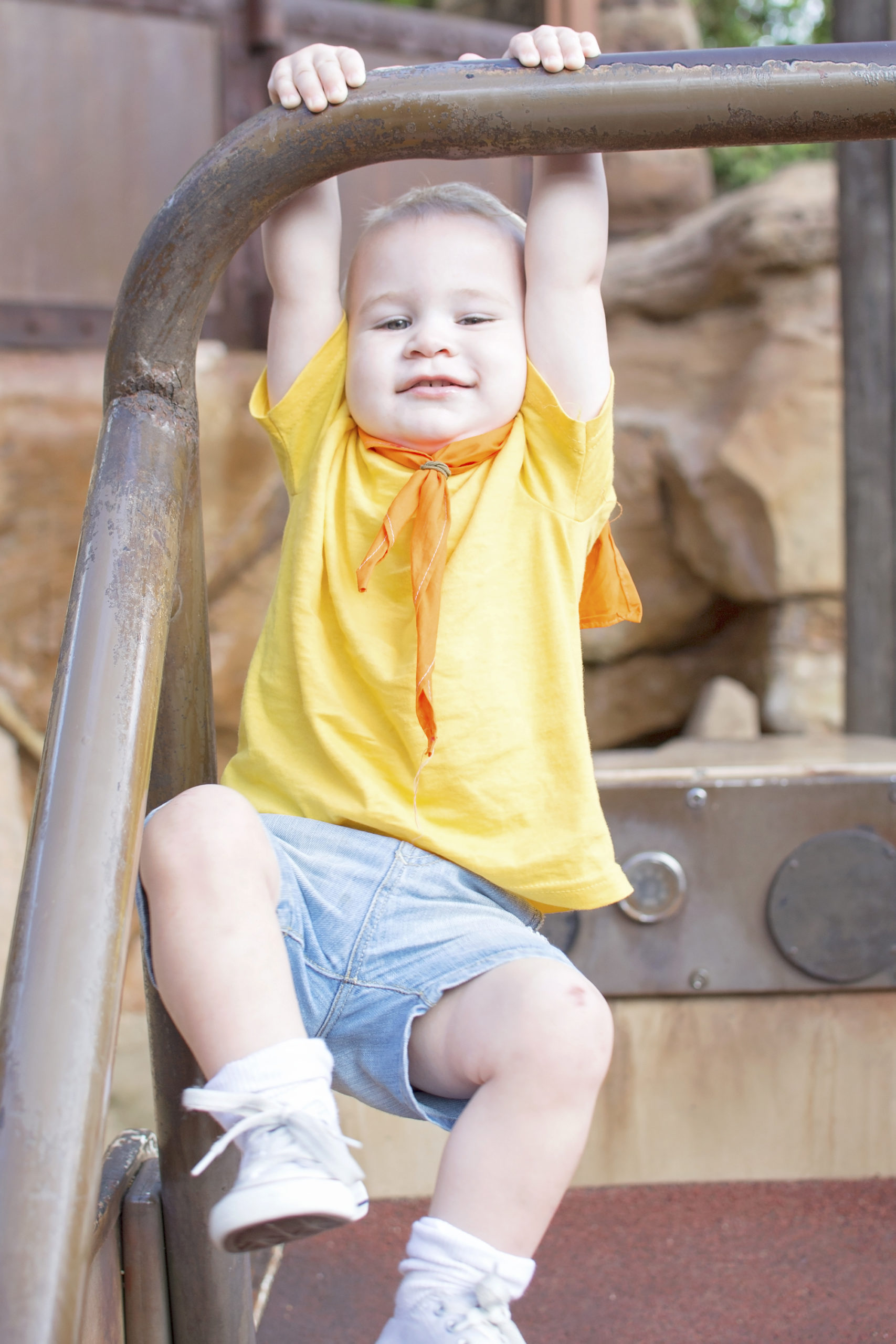