When I was in my late teens, I was in love with the photography of Anne Geddes.  You know, the “famous baby” photos from Friends (from the Elle McPherson episodes).  I had diaries, calendars, and when I left for law school in 1994 (how old I feel saying that), I plastered my bathroom at my halls of residence in postcard prints depicting babies in flowers, pea pods and the like.

My favourite of all were the pumpkin babies.  Maybe it’s the Disney bride part of me, but there’s something very magical about pumpkins, and two years ago when Little Dragon was born, the mister and I bought the largest pumpkin that we could carry from the patch, intent on snapping Lyoto sitting in it.  Except it didn’t happen.  The pumpkin rotted before Hallowe’en and there was no way I could put my precious boy into a decomposing gourd. Eww.

So this year was my big chance – a pumpkin baby shot.  Except I forgot how cold it is in October in England, and so unless I had a studio (I don’t) the naked baby on pumpkin shot was never going to happen.  Undeterred though, we managed to get ourselves a suitably big pumpkin and head off to the woodlands for a pretty cute photo for Baby Hero’s first Hallowe’en, nonetheless.  It’s no Anne Geddes, but it’s special to me. 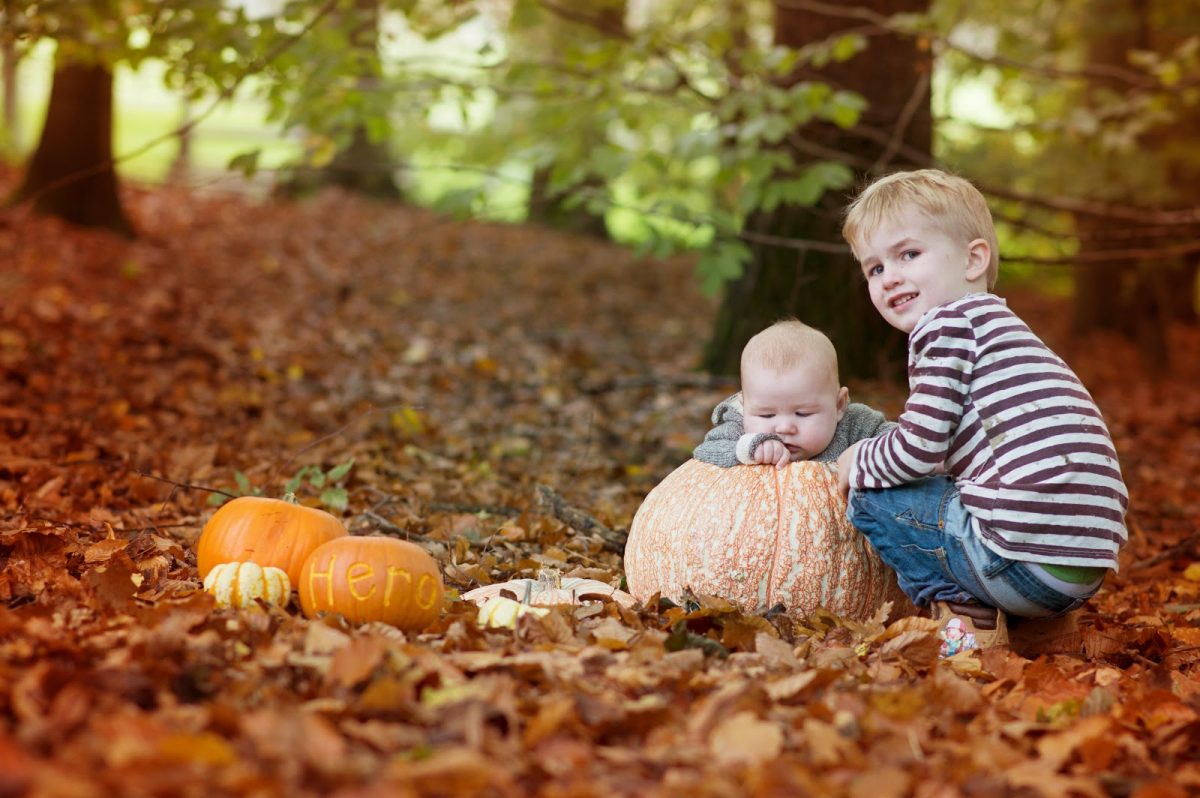 Big brother was close by to lend a hand each time our subject tried to teethe on the pumpkin.  He’s so helpful, and Baby Hero lights up when he sees him.  How he’s only four I have no idea, he seems like a teenager already. 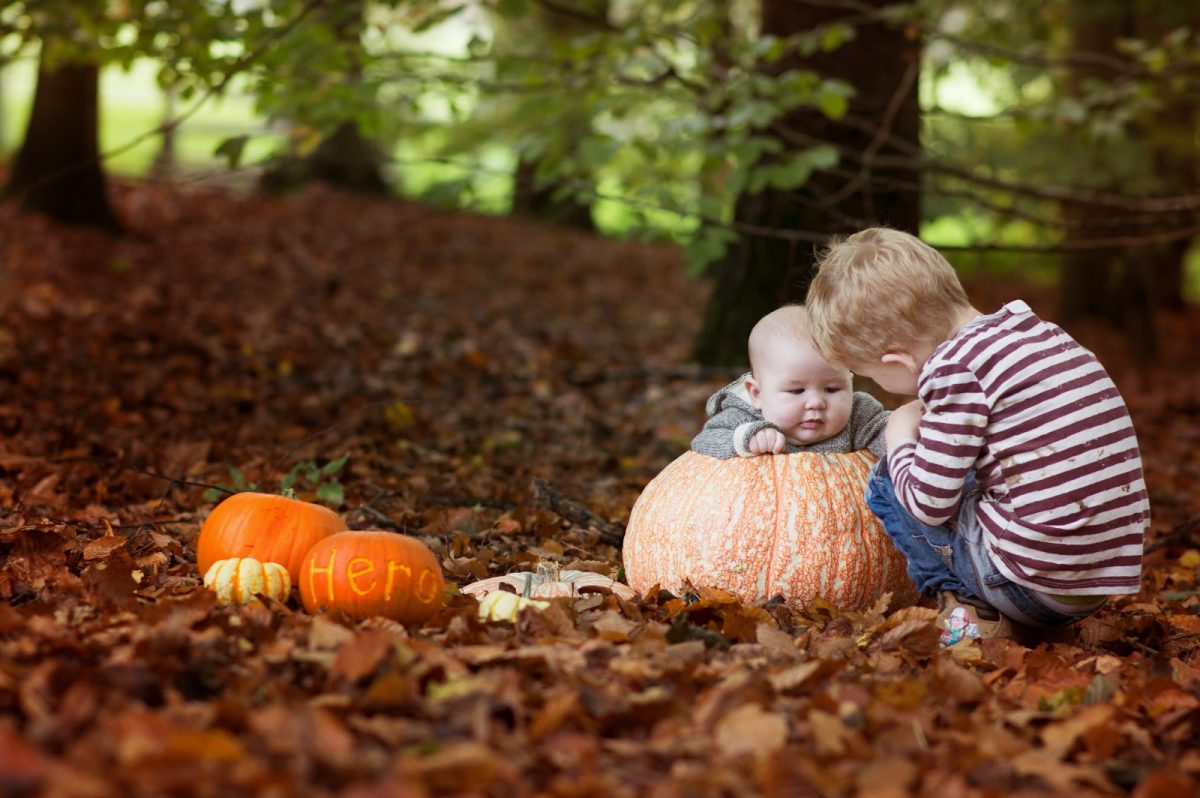 Finally, after much leaping and rolling around, getting a wet bottom, I got my little memory. 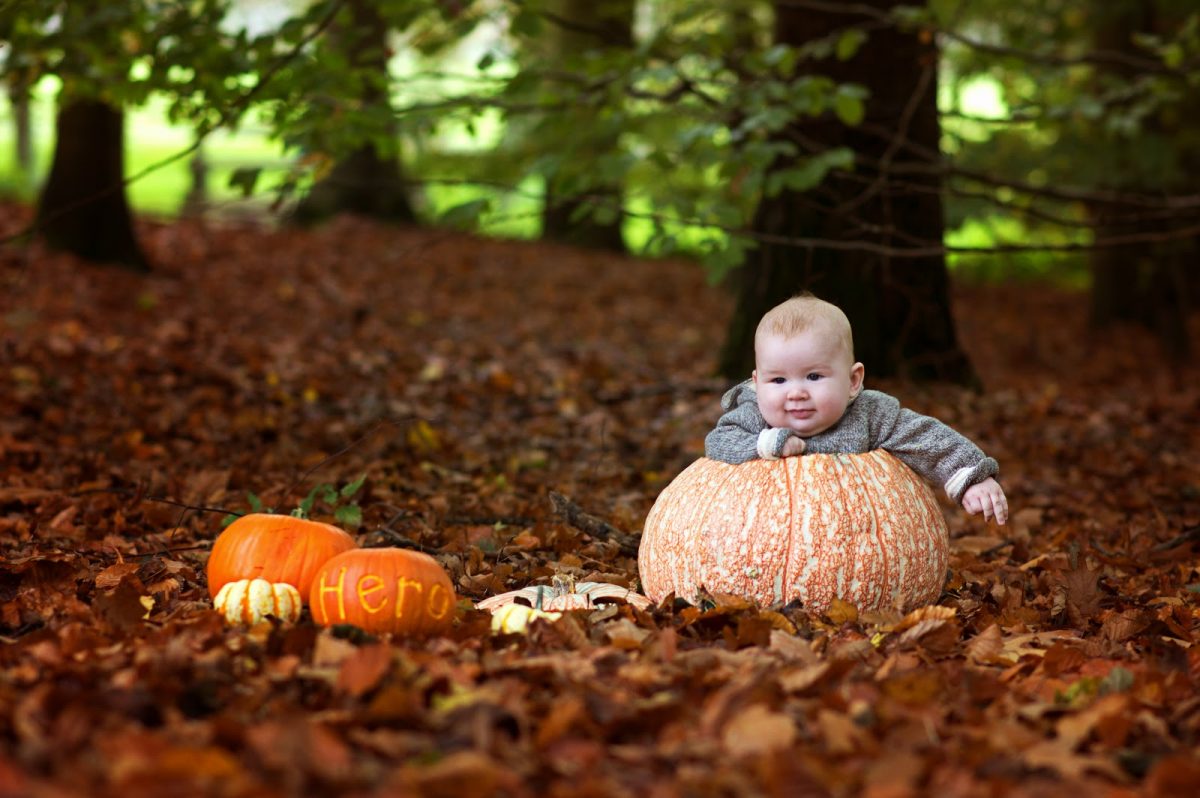 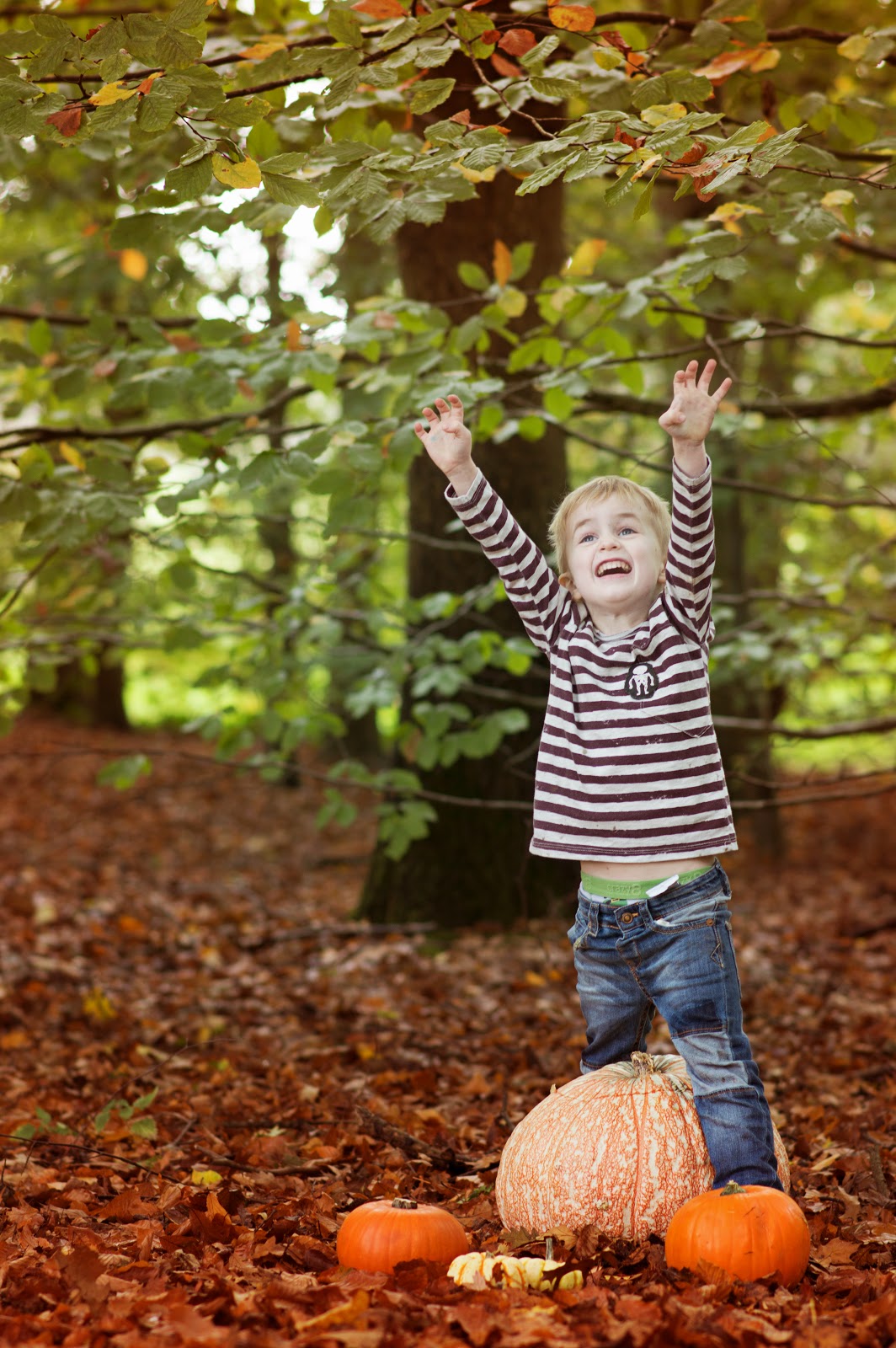 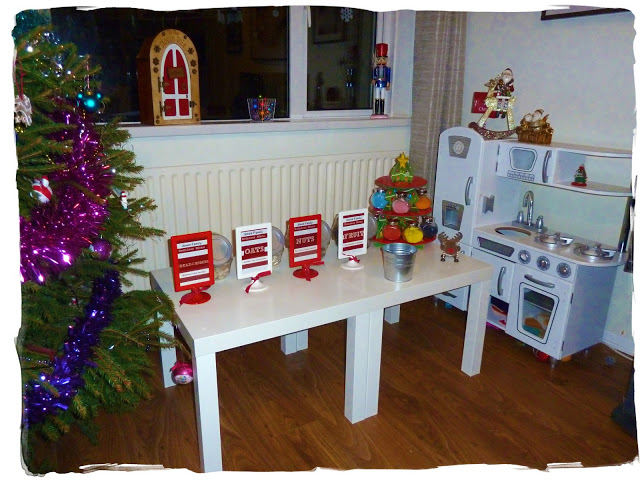 …was perfect. It was cinnamon sweet, warm and toasty, bursting with freshly grated nutmeg…and sprinkled in teeny tiny candy canes.  Every smell, taste, touch, sight or sound said, “MERRY CHRISTMAS!” in large, bold (red) letters.  There was no mistaking the season in the Jones household; Baby Dragon’s introduction to “festive” could only have been made… 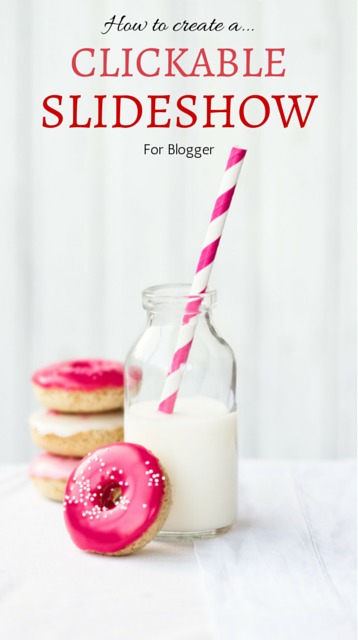 You might be wondering why I have a photo of milk and donuts instead of something technical looking when I’m talking about slideshows.  Well, I’m currently obsessed with the Donut Showdown program on TV and can’t stop thinking about them. Do you know how long I spent trying to figure out how to make a… 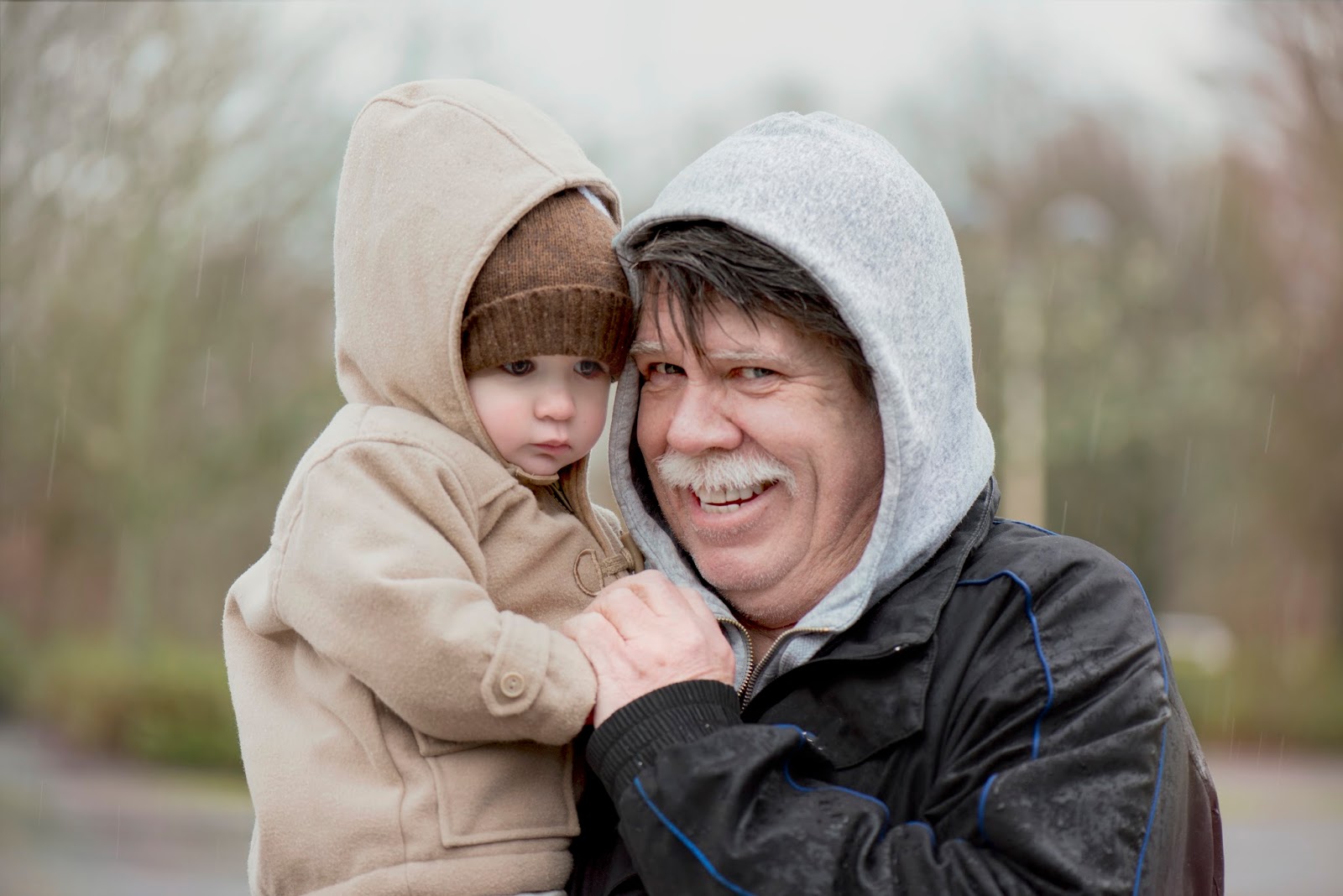 We didn’t get to spend Christmas Day with my parents, but we did get to spend New Year’s Day with them – and in true English style, we loaded the bikes into the car and headed out for some New Year fresh air, when the skies opened. As cabin fever had firmly set in at… 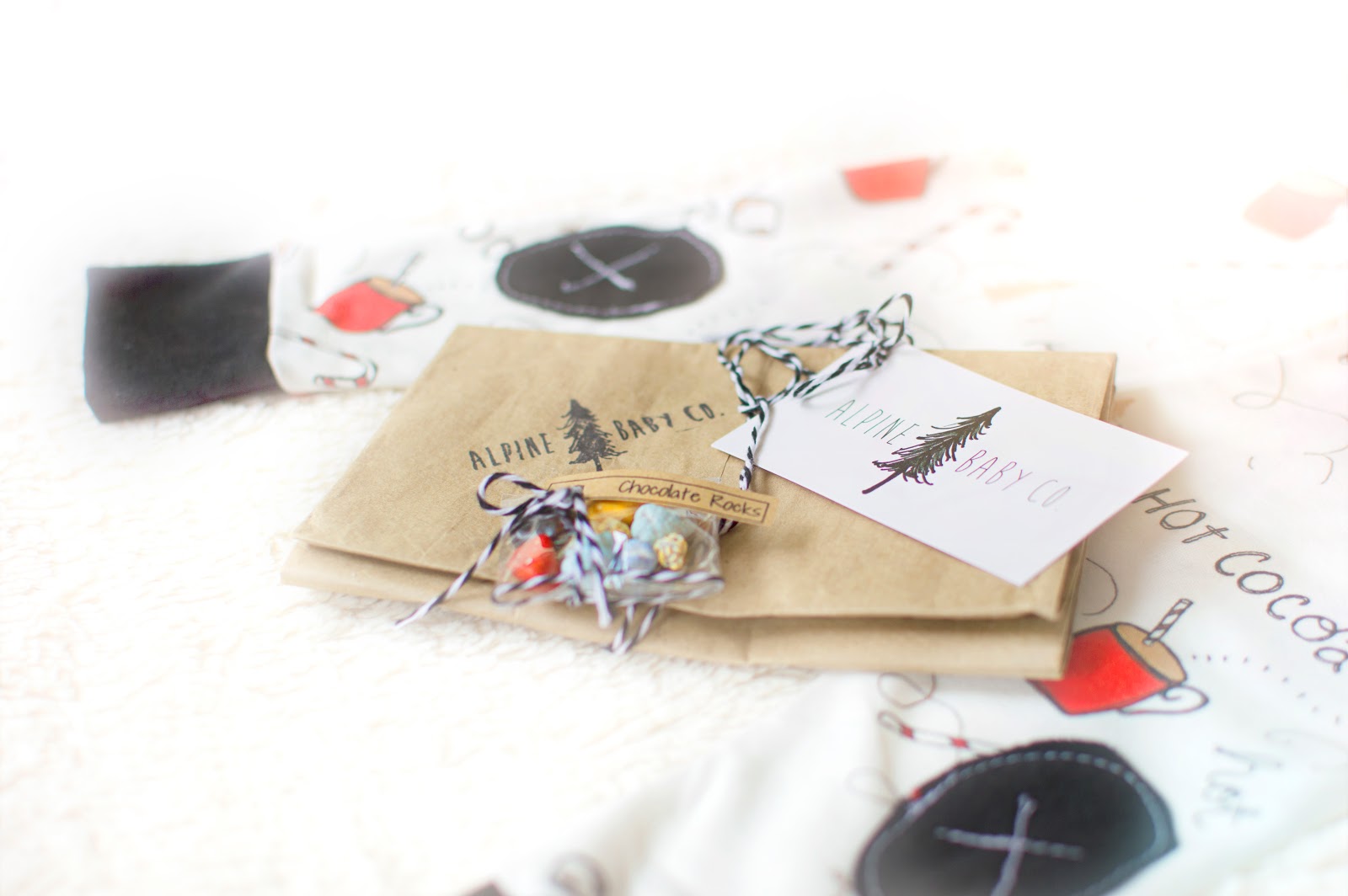 Sometimes it’s disheartening as a boy momma.  It seems sometimes as though the only choices in the high street stores are drab, blue, and covered in trains and the like – and new season’s fashion is considered a new Spiderman pose on a T-shirt.  Now, I’m all for superheroes but after purchasing the same set… 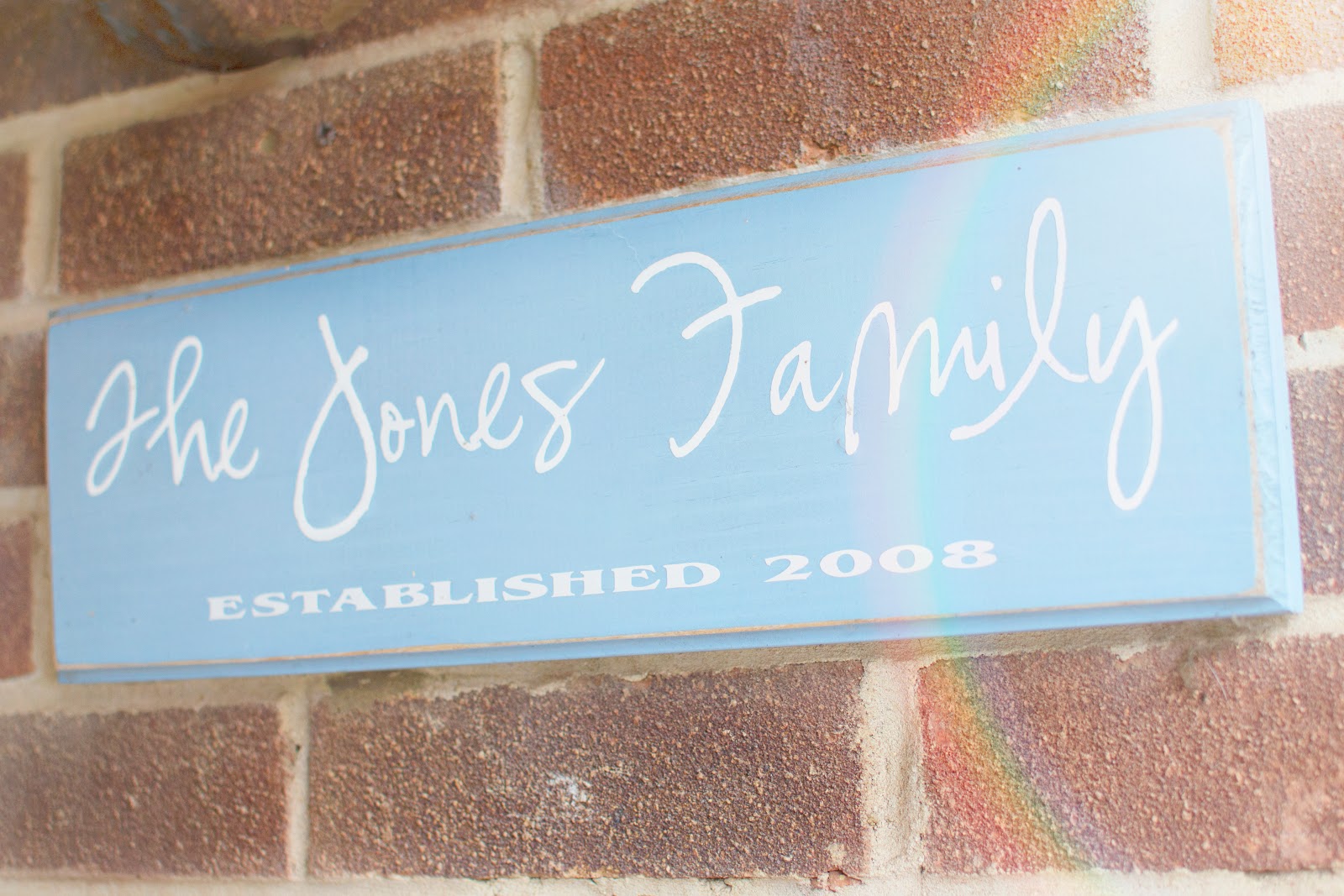 Our first year as a complete family, our baby’s first year, first birthday, and many more firsts besides. Do you have any firsts this year? 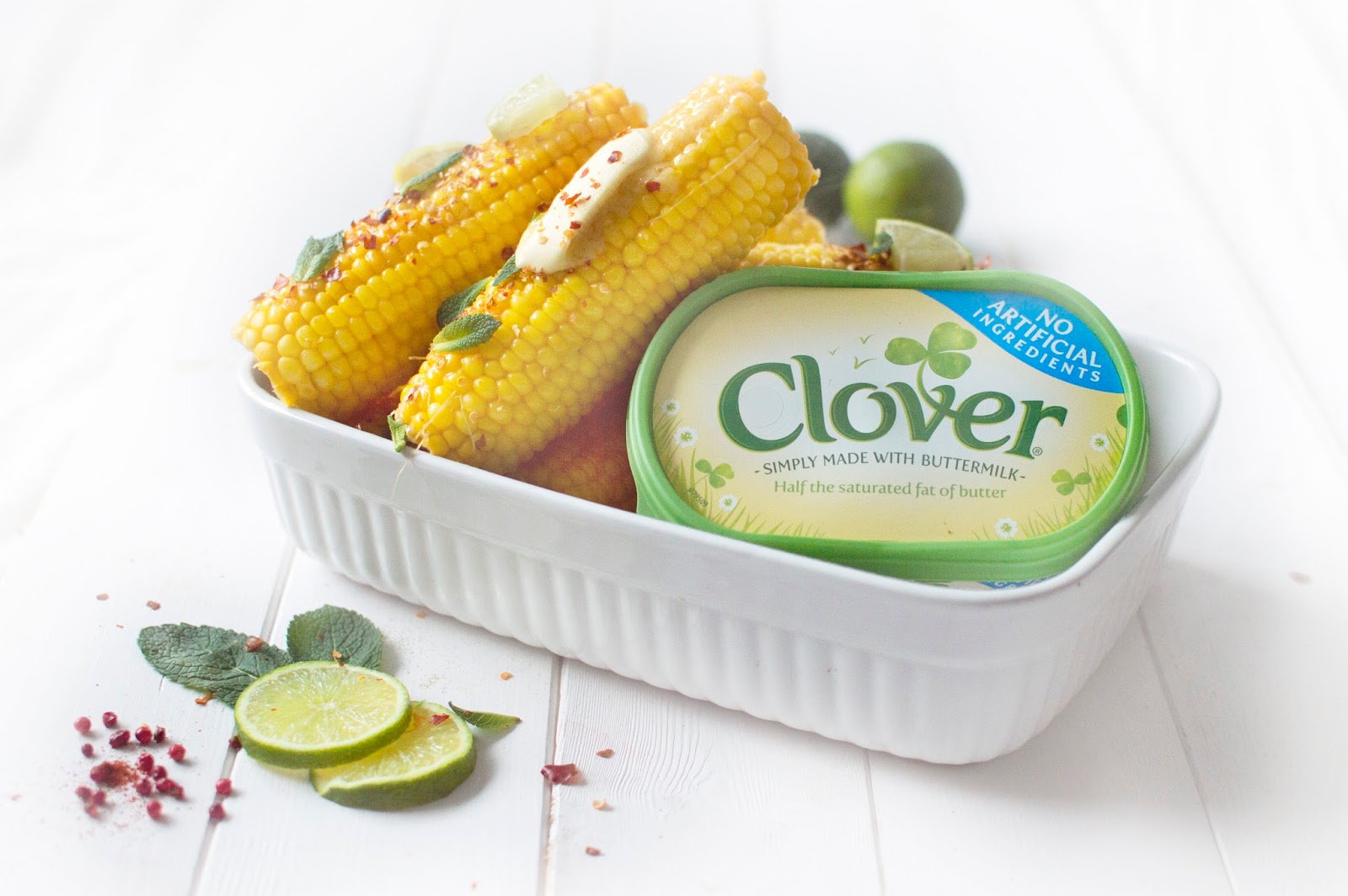 This time of year it’s so difficult to avoid filling the boys with sweets and treats – Hallowe’en, Bonfire Night….Advent – it seems never-ending and although I confess to being one of those moms who loves   seeing my cookie monsters happy with their snacks, what does worry me is that when I turn to…