We were compensated for reviewing the Slurp ‘n’ Slime Goo Drop set but our opinions are genuine. We want you to trust our review – if you think we have missed something, please get in touch. This post also includes Amazon affiliate links – this means if you click one and buy something, we may earn a small commission.

It’s half term here and we’ve been to see Grandad and Granny for a few days and come home for Trick or Treating and to catch up with our toy reviews.  It’s so close to Father Christmas time that we wanted to get as many out as we can in case you’re planning your Christmas shopping or writing your Father Christmas list.

Today, say hello to Bowie Beamheart! A few weeks ago we reviewed the smaller Goo Goo Galaxy Goo Drops – and this time we have a CUSTOMISABLE Goo Drop here!

She arrives in a spaceship designed box with enough intergalactic ingredients to create a Goo Drop body that’s out of this world. The box proudly displays a tagline we love – “It’s what’s inside that counts!” and Lyoto and Hero could not wait to get her out of her cardboard ship.

The basic idea of the toy is to create a custom squishy Slurp ’n’ Slime Goo Drop.  There are enough ingredients to create two times, and your Goo Drop also has the ability to make a Comet Vomit by being squeezed in the same way the original Goo Drops are.  Bowie just can’t hold onto her lunch is all. haha.

Inside the impressively huge box is:

This was easy but you will need a pair of scissors.  It took me about four minutes and the box was easy to fold small enough to recycle.

TO EMPTY AND PLAY WITH YOUR SLURP ‘N’ SLIME GOO DROP

First of all, let me issue these two warnings:

Now you’re free to squish and play with your Goo Drop and get covered in Goo!

To make your Goo Drop empty, remove the Candy Comet and SQUEEEEEEEZE.  It’s reminiscent of your late teens and early twenties and you really feel for the Goo Drops as they bring their delicious Goo Back up, but they LOVED it.  And guess what? You can then feed them again and repeat. And again, and again, and again.

First off, it’s an interactive toy.  There’s nothing better for my boys than when they have something to actually DO with a toy.  The little tools and sachets lit up their little eyes and they were keen to be involved with everything.

This is a gender-neutral toy.  The boys LOVE being able to play with sparkly, vibrant candy coloured aliens without judgement from friends.  Aliens are neutral territory.

The fun is immense.  There was SO much hysterical laughter and pretend vomiting sounds coming from the kitchen whilst they were playing and even though I was about to cry when I saw the starry, sparkly, slimy floor, much like the Goo Drops they’re actually playing stunts with at the minute, this has been an unexpectedly genius toy.  When I first saw it, I thought they’d think it was cute and play with it for a few minutes, but this range has been a huge hit.

WHAT COULD BE BETTER ABOUT THE GOO GOO GALAXY SLURP ‘N’ SLIME GOO DROP?

Our ReGOOvinator does not work to suck up the goo.  It’s great at feeding, just not great at reloading and that led to me getting Goo all over me too, reloading the syringe for them every time by pulling the end out of the top.

The slime powder blobs.  They appeared once mixed, and there were quite a few – much like chunks of wallpaper paste.  A better formula would be lovely – or putting it through a sieve with larger holes before adding the glitter might have worked.

Perhaps they’ll be available soon, or perhaps we can find a formula to make our own but we wish that this was more than a two time use toy. Otherwise the Goo Drop will become a bath toy which is a shame.

Alternatively, having something that permanently seals the Goo Drop’s mouth so that it can be played with like their smaller Goo Drops and squished without regurgitating would be perfect.

The Candy Comet is removable to allow you to feed and refill your Slurp ’n’ Slime Goo Drop.  This means that when squished and squeezed, there is dribble and leakage from your Goo Drop’s mouth.  I wouldn’t be keen to pop Bowie Beamhart on the shelf with just the Candy Comet in because if anything tipped it or squashed it, whatever is underneath will be covered in the most intergalactic of Goo.

We love our Goo Drops.  These are the best toys and they’re so cute.  The Goo is epic. Let’s make some more.

The Slurp ’n’ Slime Goo Drop has been brilliant fun, way more entertaining than I’d ever have thought. I’d never have picked something up like this off the shelf in the toy store and I’m usually sceptical of things that involve slime for obvious reasons, not just because of the mess but because I generally think they’re overpriced – but this has produced more giggles when playing together than I’ve heard in a long time, and that’s priceless.  Just make sure you let them play it somewhere without fabrics nearby and let’s hope there are refills available soon or a way to permanently seal the Slurp ’n’ Slime Goo Drop so they can be played with properly. 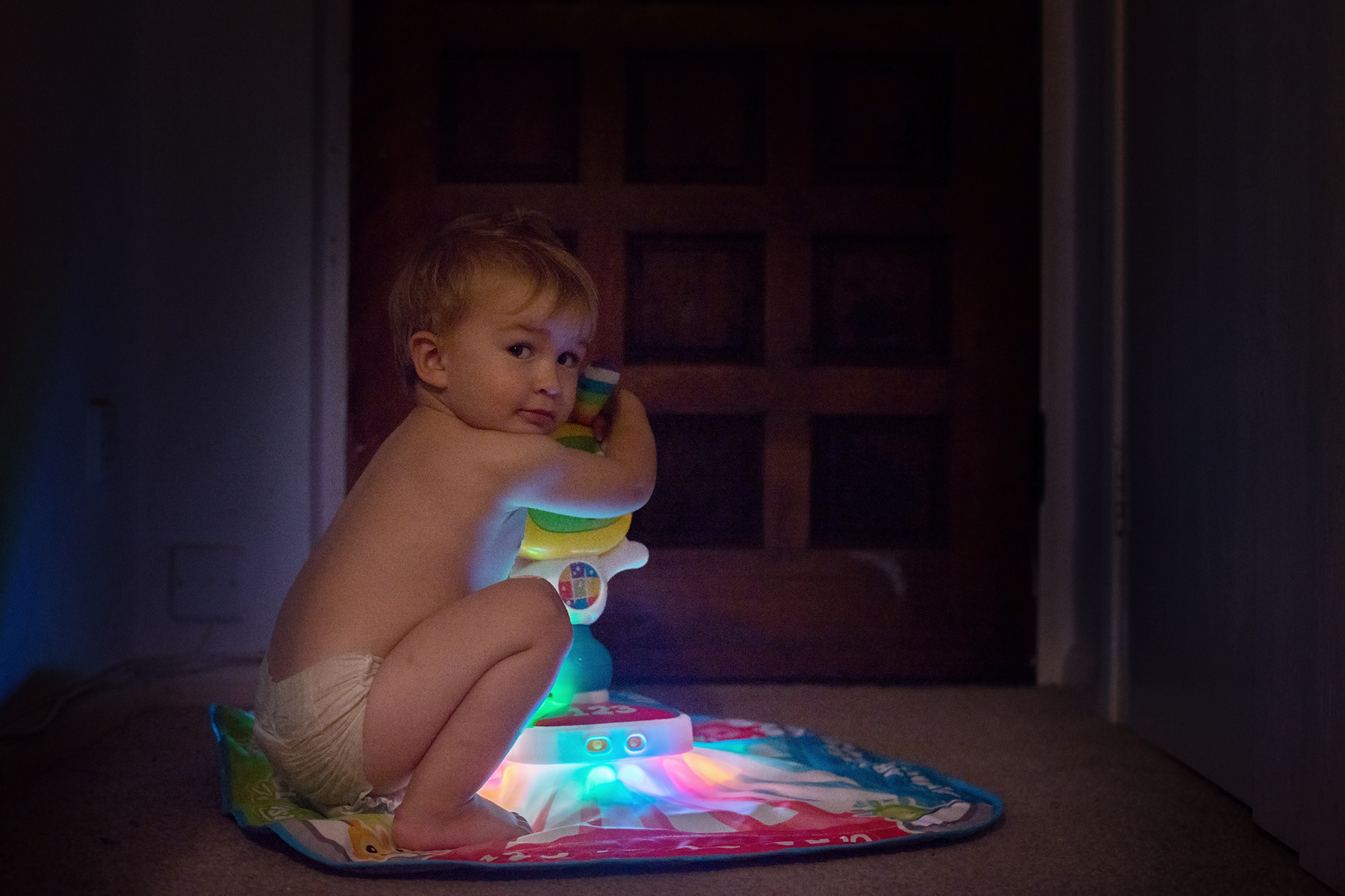 This time last year, Hero fell in love with a dancing robot called Beatbo. Now he’s back with his Bright Beats Learnin’ Lights Dance Mat.  And Hero is more in love, because if there’s anything he loves to do, it’s dance.  Like his big brothers, as soon as they hear a rhythm, they have to… 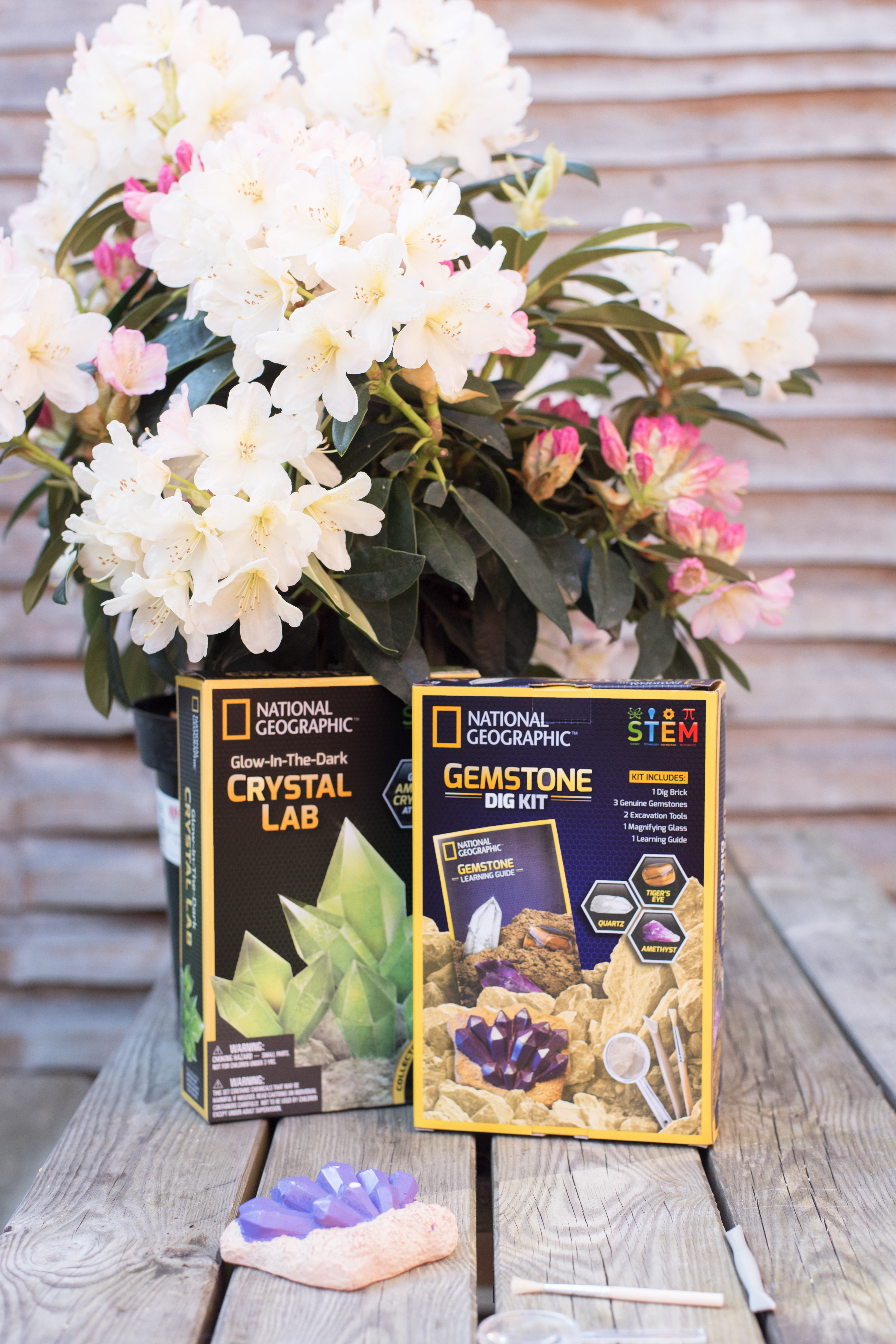 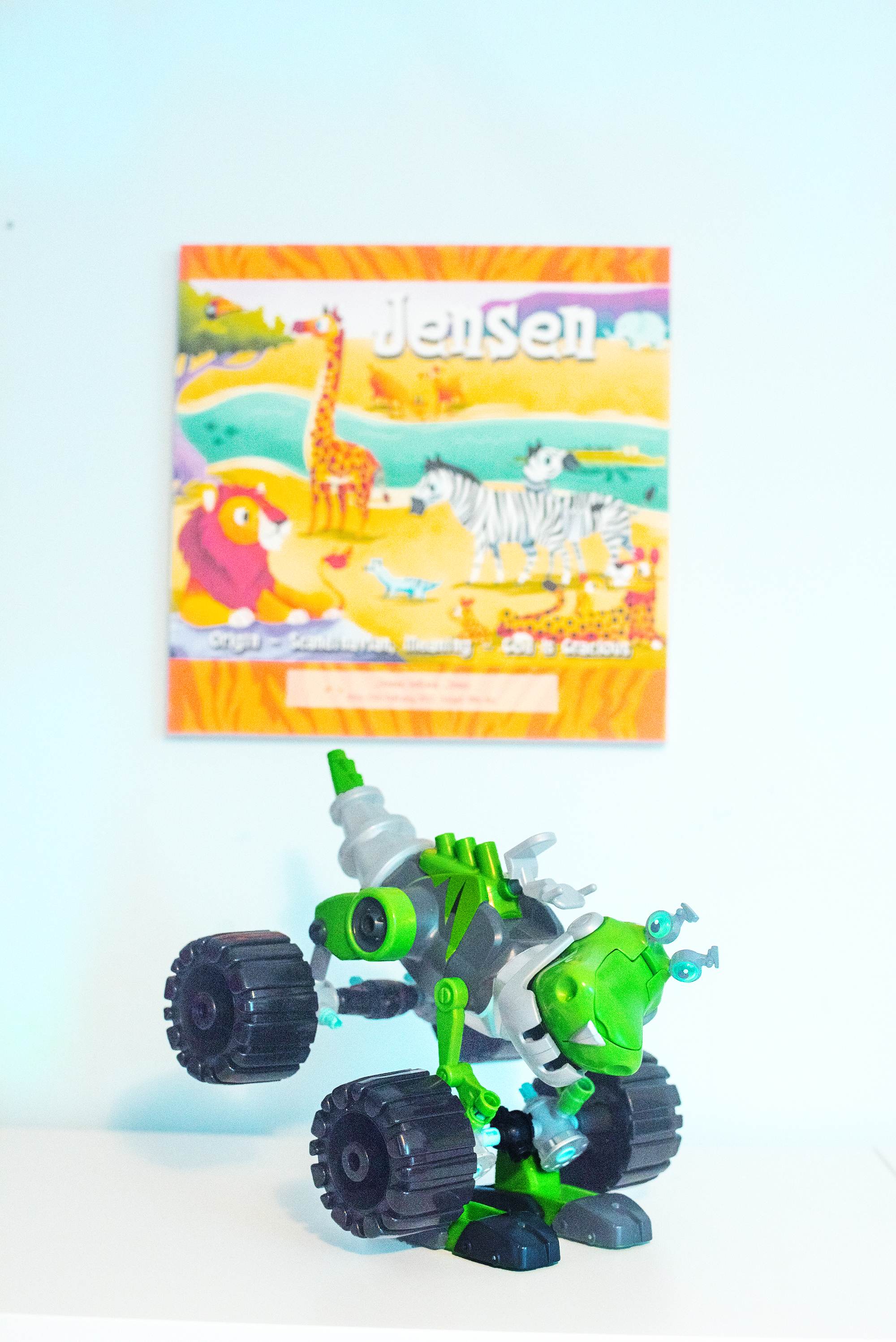 This has got to be one of the cutest toys we have ever had.  I love dinosaur toys, but this one outdid itself. It’s a Rusty Rivets Botasaur.  If your children haven’t seen Rusty Rivets – or you haven’t – it’s an animated series about a little boy called Rusty Rivets.  He’s an engineering genius… 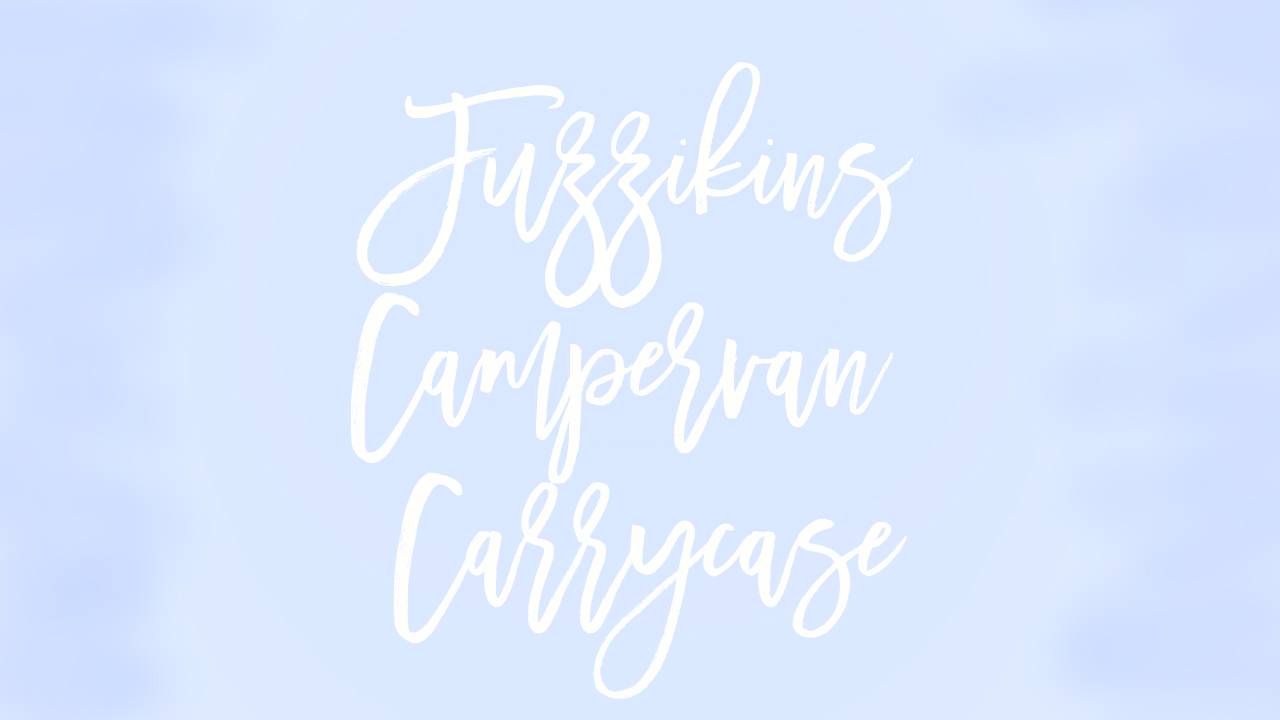 This week we’ve been on Summer holiday and playing with the Fuzzikins Campervan Carrycase.  It’s a craft/toy playset for little people centred around the world of Fuzzikins, which remind me of larger, simpler Sylvanian Families from my childhood – except that you can colour them in yourself, designing your own characters.  I wish I’d had… 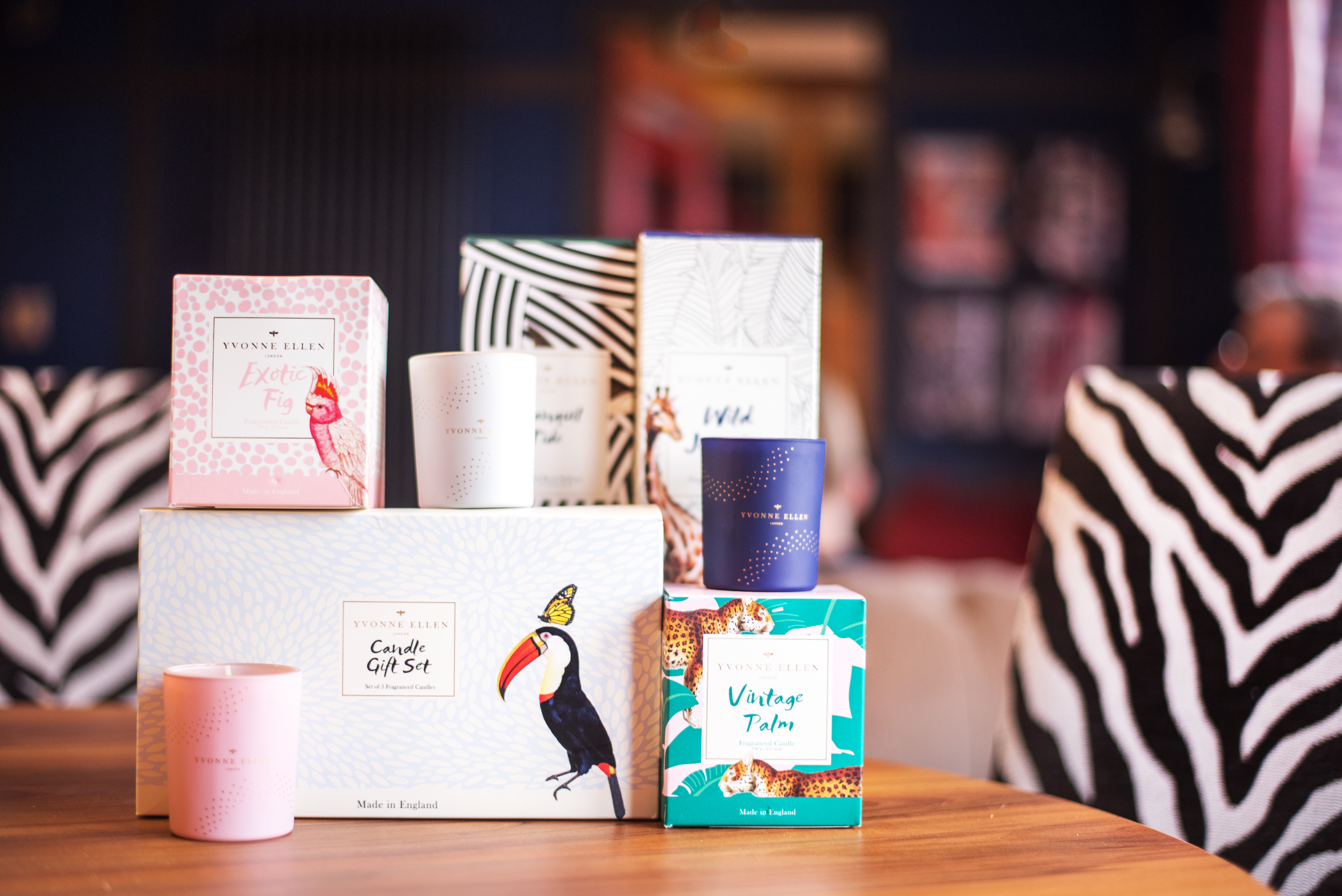