On Friday night Dadda arrived home earlier than usual from work and so we decided to make pizza for tea.  Sadly, neither Jensen nor Lyoto were feeling particularly marvellous for various reasons and so there were a few tears and tantrums along the way ~ but we somehow managed to create a pizza each. Sort of.

Our first job was to mix the pizza dough.  I’d never done this before this year and now I love it.  All you need is a 70p box of dough mix from your supermarket, ad some water, and get mixing!  Our Little Adventurer got started with his bowl… 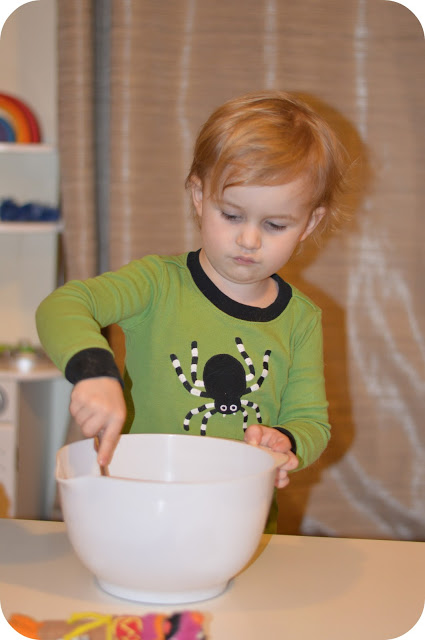 Whilst he was getting stuck in, there was a moosey-pyjama’d little dragon who wanted to see what his brother was up to.  I am in LOVE with his tippy-toes lately.  Baby Dragon even says “tiptoe” if you say it to him, which makes my heart go all gooey. Just like the pizza dough, but with millions of little red hearts hopping all over it. 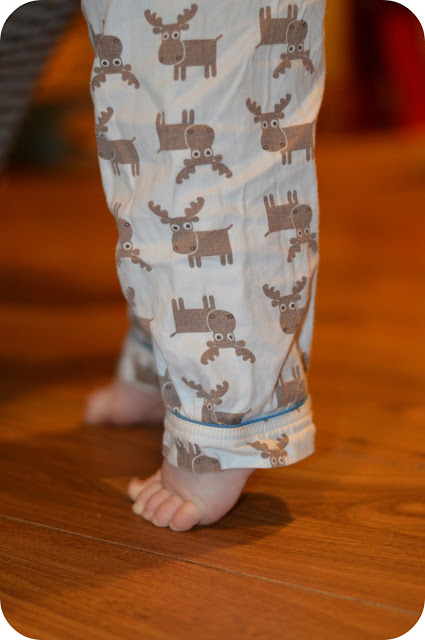 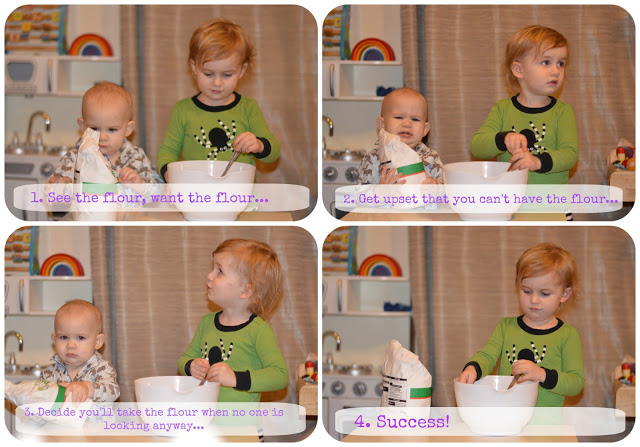 Soon he realised he wasn’t in on the stirring action, which resulted in our first set of Dragon tears…and many kisses from Momma to those smooshy cheeks. 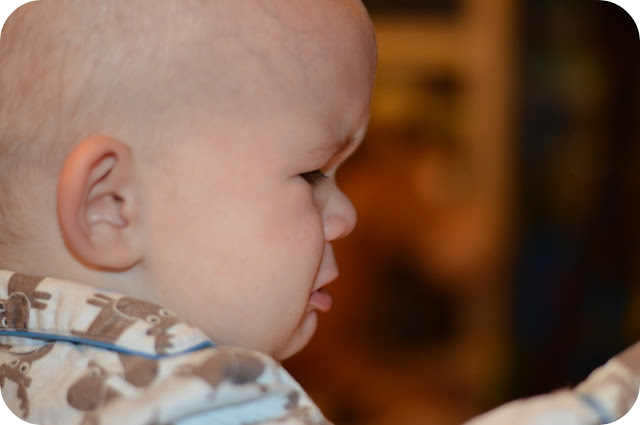 As we hate sad little dragons, and they make our hearts plummet, a bowl was arranged and he set to work… 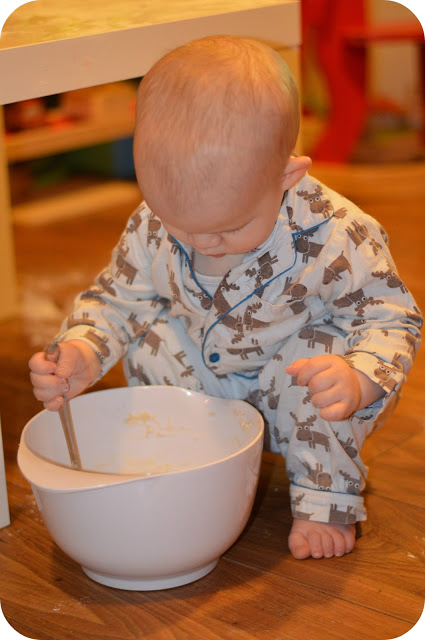 As with the day we made muffins, there was no spillage. Amazing self control by Baby Dragon.  After a few minutes, Jensen’s dough was ready and about to be sent off to prove! There was no parting Baby Dragon from his. 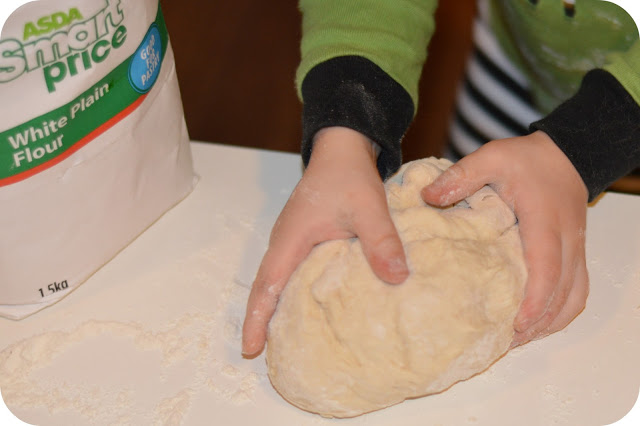 A few minutes later, we tried again and managed to part Lyoto and the dough.  Sadly this again led to more Dragon tears.  These tears break my heart, feeling his abject sadness at the most seemingly trivial things which mean the world to him.  Knowing he would enjoy the dough more in ten minutes though, we hung in there. 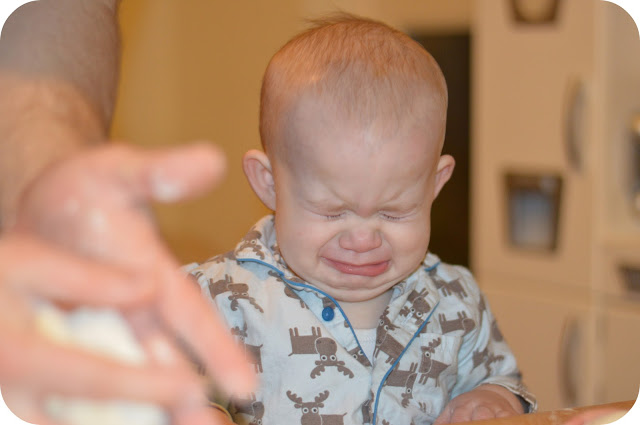 After ten minutes(which both Lyoto and Jensen thought was forever), the dough was finally ready and our little toppings station was set up, ready for action. 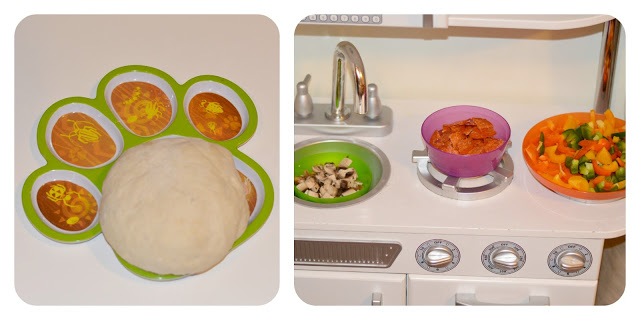 Baby Dragon was delighted that he had his very own dough to play with.  He copied Jensen’s every move. 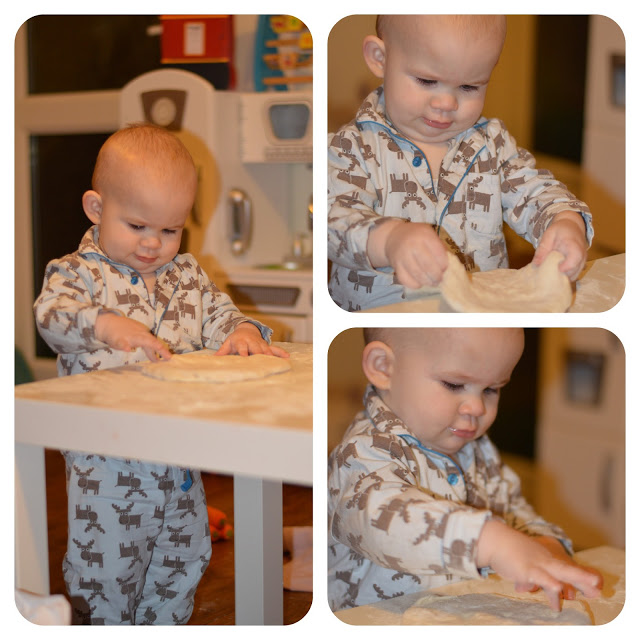 Our Little Adventurer took to pizza throwing like a pro.  We’ve no idea where he got his skills from (especially since I tried to do it and failed), but he was hurling it up into the air and trying to spin it about as if he was auditioning for Domino’s. 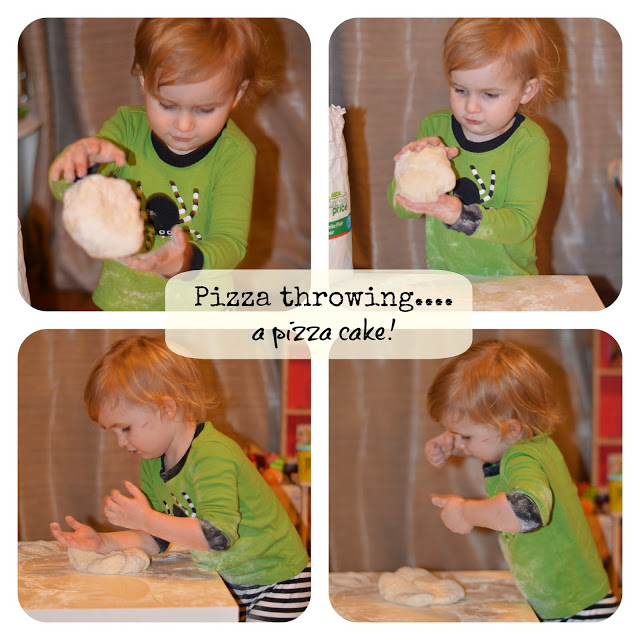 When the base was ready, the passata and cheese were spread and sprinkled. 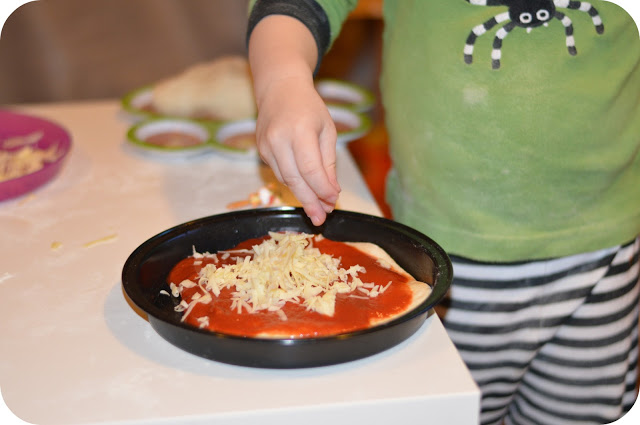 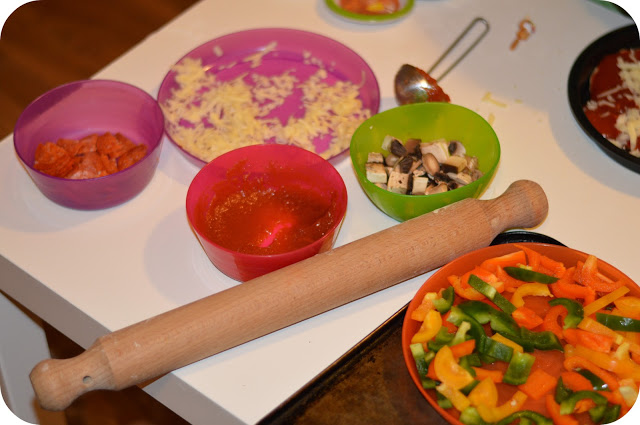 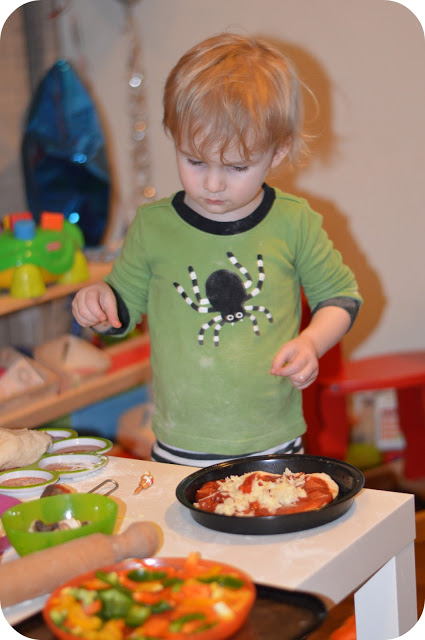 Baby Dragon mimicked perfectly.  Engrossed in his creation, he was busy for over twenty minutes, spreading and ladling.  If he had sold his Italian delight, it would have been a meat feast, no doubt about it.  There were over twenty slices of pepperoni on that dough base. 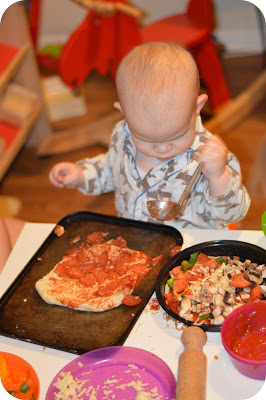 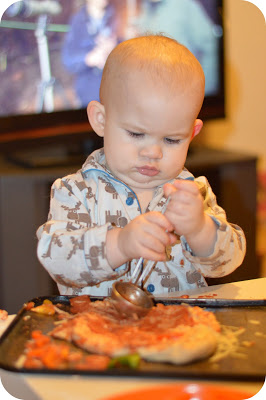 Jensen finalised his creation and for once never made a fuss about Bernie cooking it.  Lyoto on the other hand, not so keen. 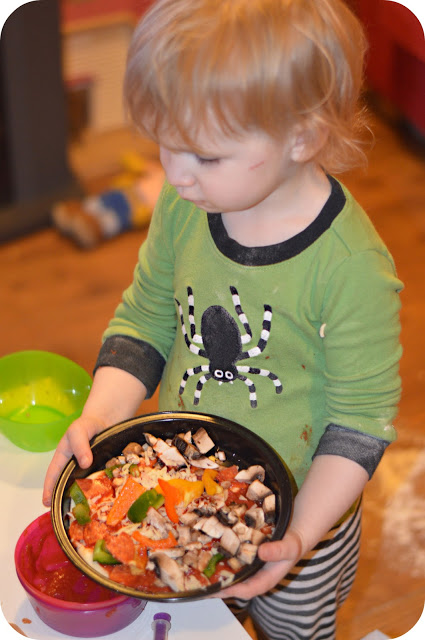 That should have been the end of the pizza drama for the evening as we waited for the pizzas to bake so that we could watch the new episode of Sofia the First airing on Disney Junior, but it wasn’t.  I have a feeling Sofia knew what was this way a-coming…. 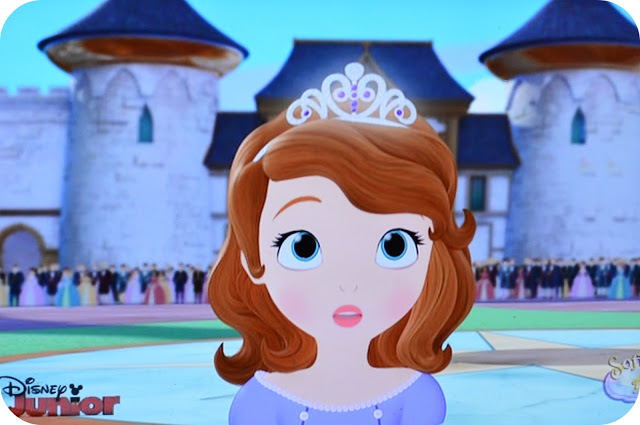 Yes, it happened.  And I was too slow to stop it. Hurdling one husky is no mean feat but two? Impossible.  So it happened.  All I could do was yell the two words that so often ring through our house lately…. “Lyoto! NOOOOO!” 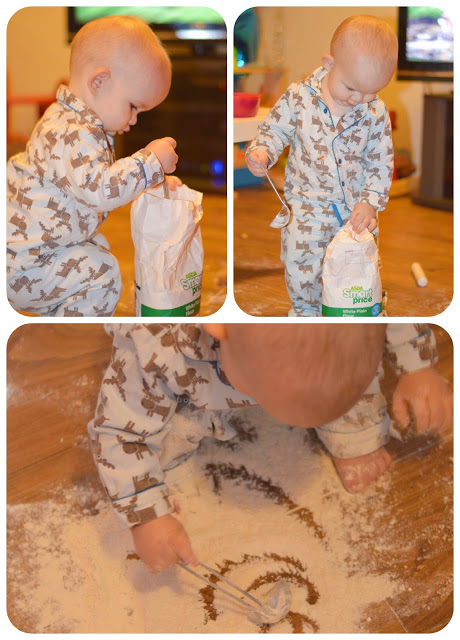 I think he was trying to write me an apology…. But I can’t be sure. 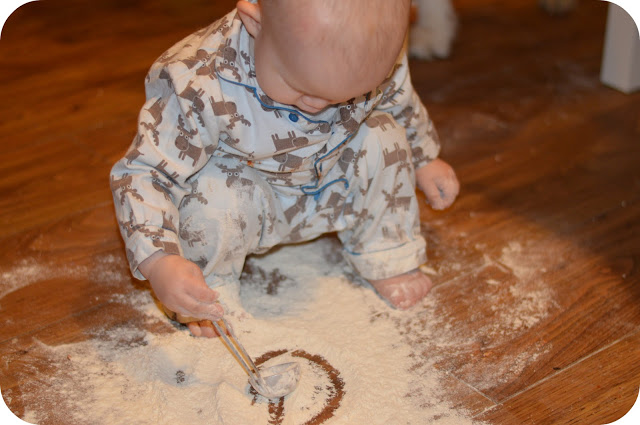 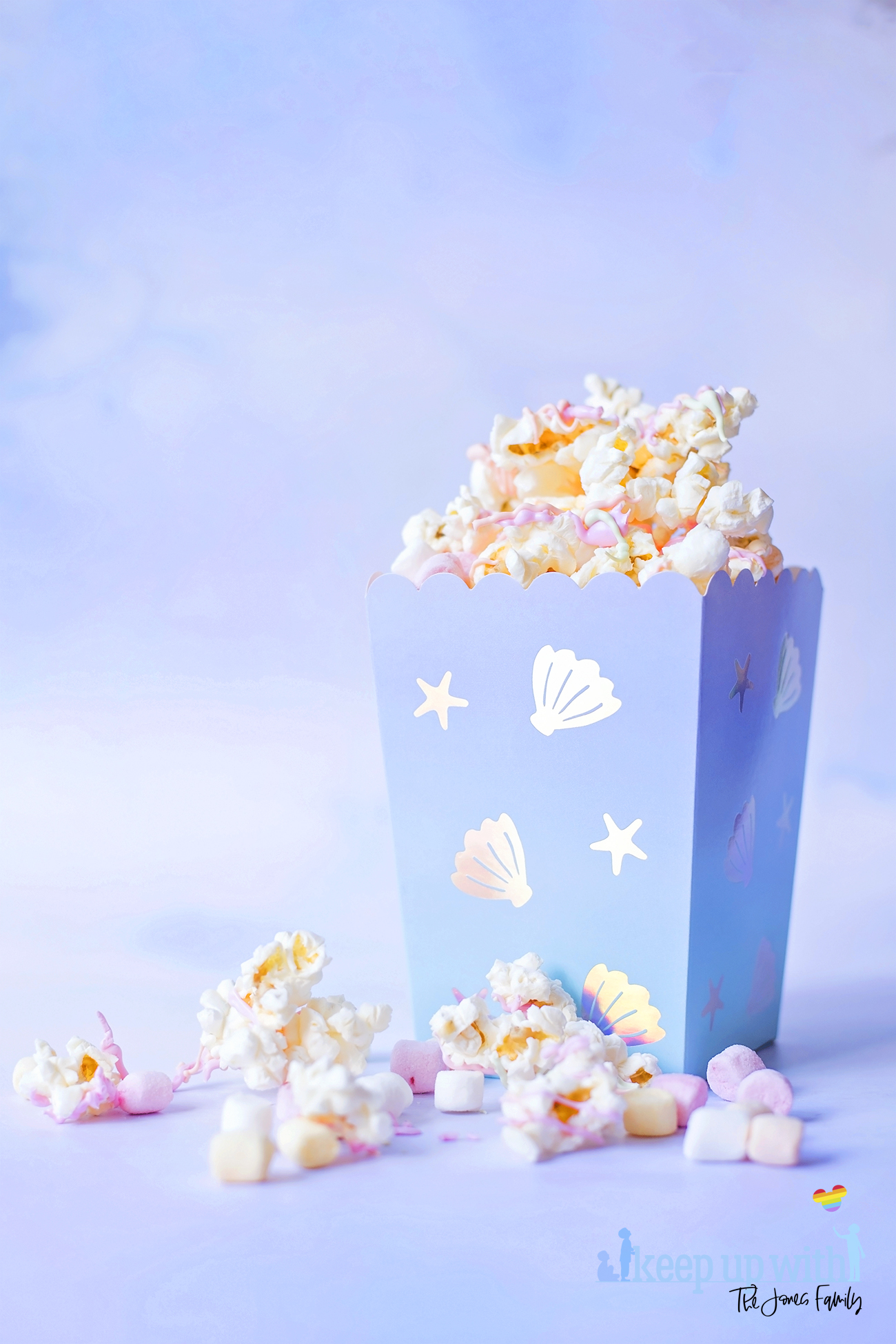 Mermaid Popcorn – a pastel, candy coloured and shimmery treat for parties and sleepovers. Hey, friends! In our home we get through a lot of popcorn and although it’s always delicious just being salty or sweet – or both – sometimes, we want it to look and taste a little bit more exciting. So on… 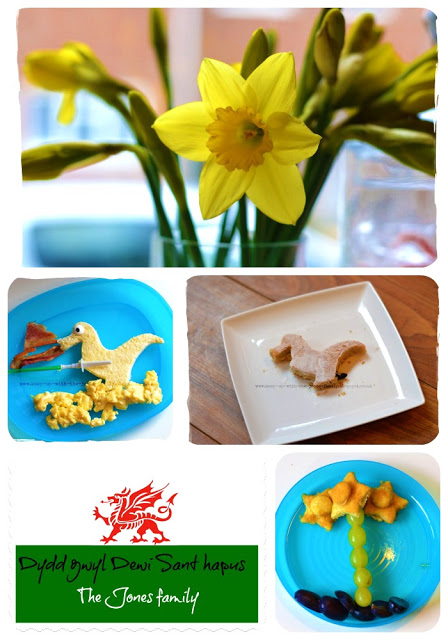 Although on Friday, the calendar proclaimed to the rest of the United Kingdom that it was indeed St. David’s Day, in the Jones household (since both Dadda and I were working on Friday) we delayed our celebrations until the weekend…when our daffodils decided in unison that it was time to put in an appearance.  Trumpeting their… 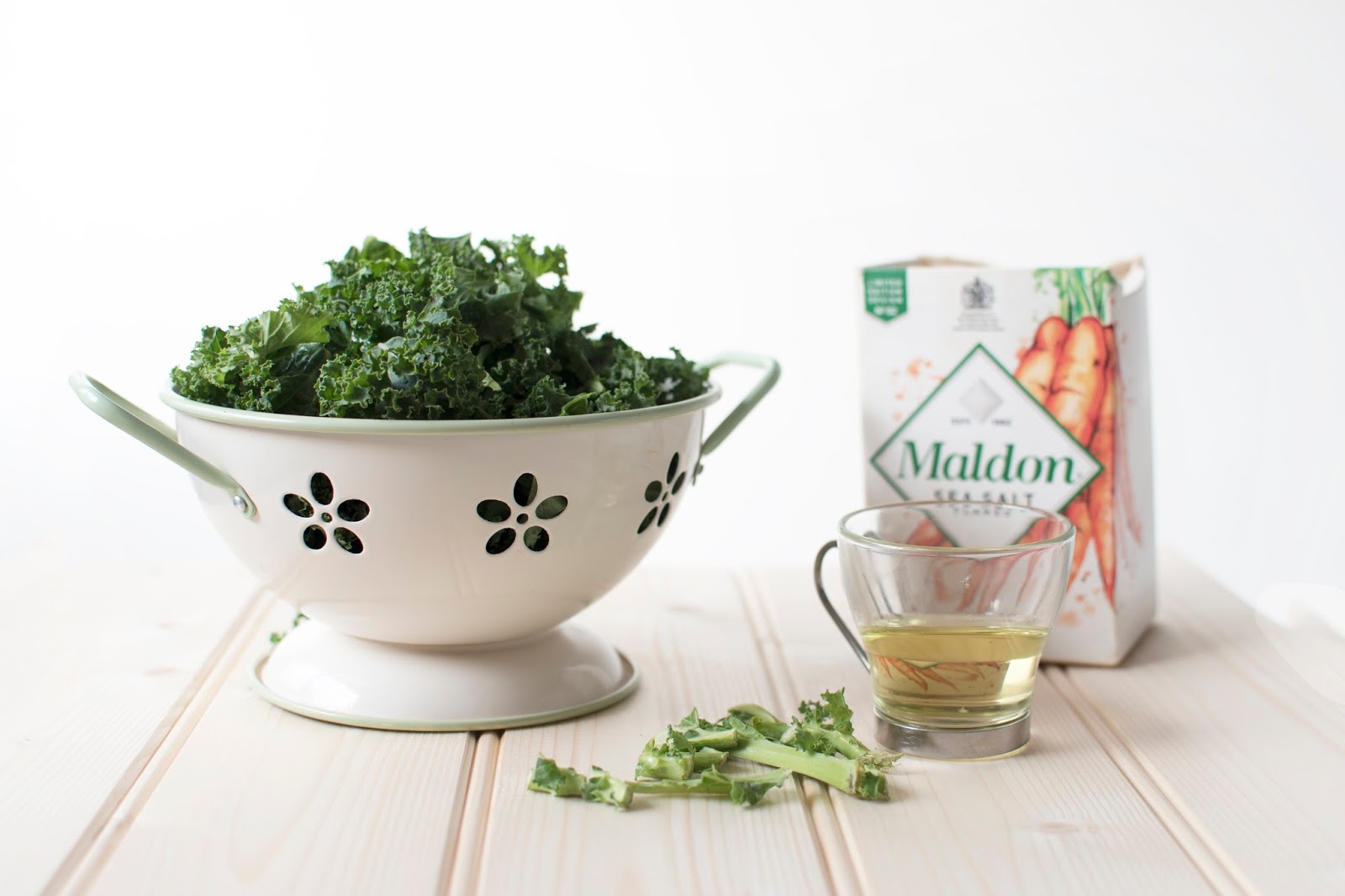 Before Christmas AO.com challenged us to eat more vegetable meals.  I’m a huge vegetable fan anyway, but cutting back on meat is brilliant for our shopping budget and so we decided to give it a try.  They have plenty of inspiration in their vegetable cookbook, and so we are sharing some of our family favourites…