The idea to make a Frozen chocolate puddle came to us when we were singing along with Olaf about how much better he’d be in summer. After Christmas we had a lot of candy and chocolates and marshmallows left and the boys wanted to make some chocolate like they’d seen in Hotel Chocolat at Christmas when they were shopping on Christmas Eve with their Dad. I’m just going to leave that there because nearly every year I get ready for Christmas a little bit early – or at least in a timely manner, and it’s hectic, and I’m stressed – but Gav, he ends up going to town on Christmas Eve and it’s ALWAYS quiet and stress free for him. If we did it the other way around you can guarantee I’d be a nervous wreck. Anyhow. Puddles.

HOW TO MAKE A FROZEN CHOCOLATE PUDDLE

Note that the chocolate itself isn’t frozen, this is all about Frozen [the film] – in case you’re confused. So, we decided to theme ours to Sven [who arrived on Christmas Morning and was waiting under the tree!] and Olaf. We found everything below out of the Christmas sweeties baskets, except for the greaseproof baking paper and tray.

I melt my chocolate in the microwave. Break it into small pieces and pop in a microwavable glass container and pop on high for one minute. Then I take it out and with a metal spoon, I stir it for as long as I can because it’s still melting and over microwaved chocolate is hopeless. I then pop it in for 30 seconds at a time and do the sam until I’m happy and the lumps have melted. The stirring takes longer than the melting.

Spread out some greaseproof paper and pour or spoon your puddle how you like it. We decided to alternate and it was around half a centimetre thick.

Let the chocolate set and cool for a few minutes before adding the decorations and press them lightly. If you have toddlers, be aware that at this point most of them become so over excited with the melted chocolate that it generally ends in carnage.

Depending on how cold your kitchen is and what time of year you’re making it will decide for you where to set your chocolate. We set ours in the fridge as I had no safe counter space and within around half an hour it was ready. You can snap it, wrap it…or just eat it all as my boys did. Enjoy! 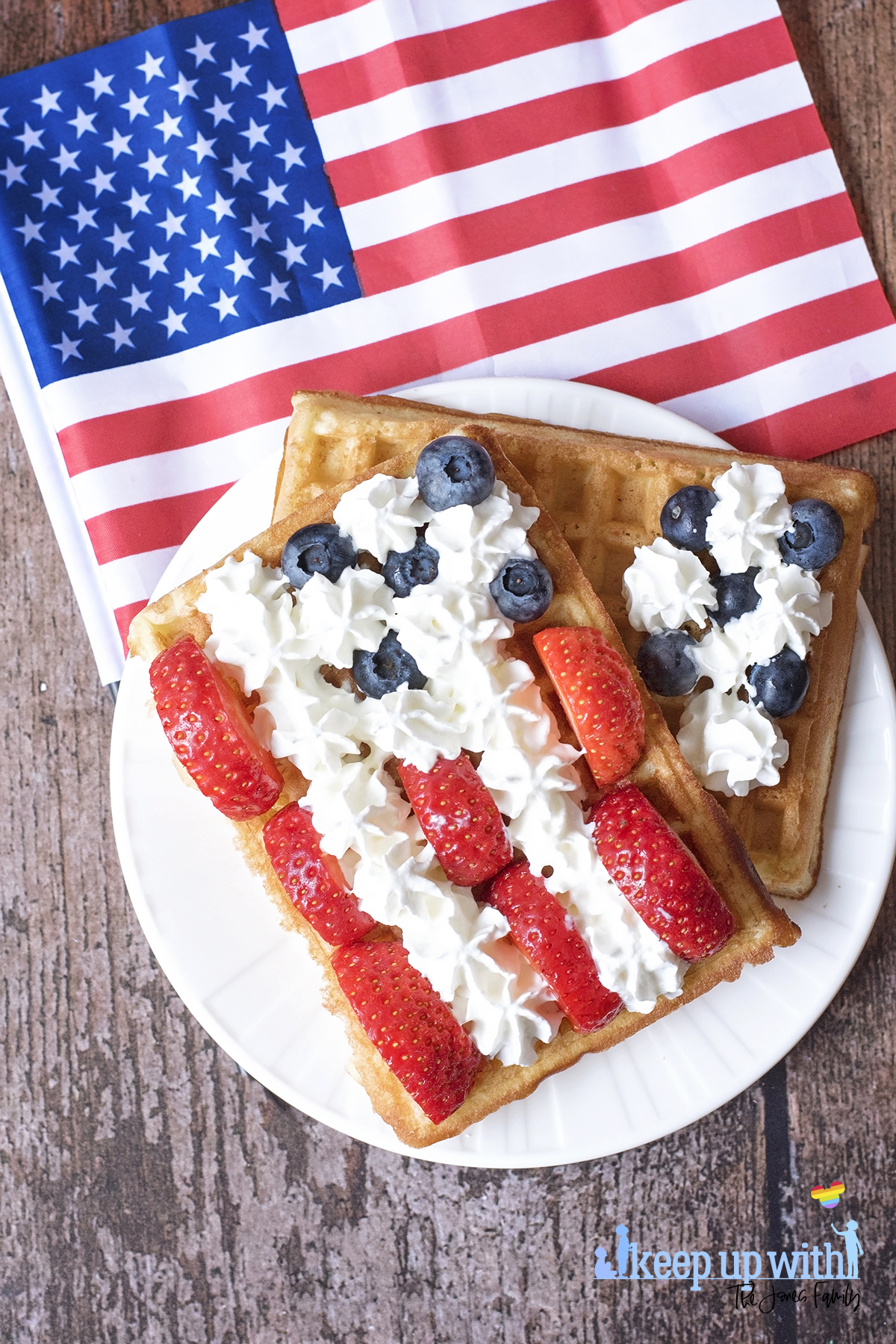 4th July Breakfast Waffles – a fast, fruity and fun way to celebrate Independence day in the USA! Hey, friends! We have so many American friends that it felt wrong not to celebrate 4th July with them this year, especially since we missed going to see them in Walt Disney World last year. Today we… 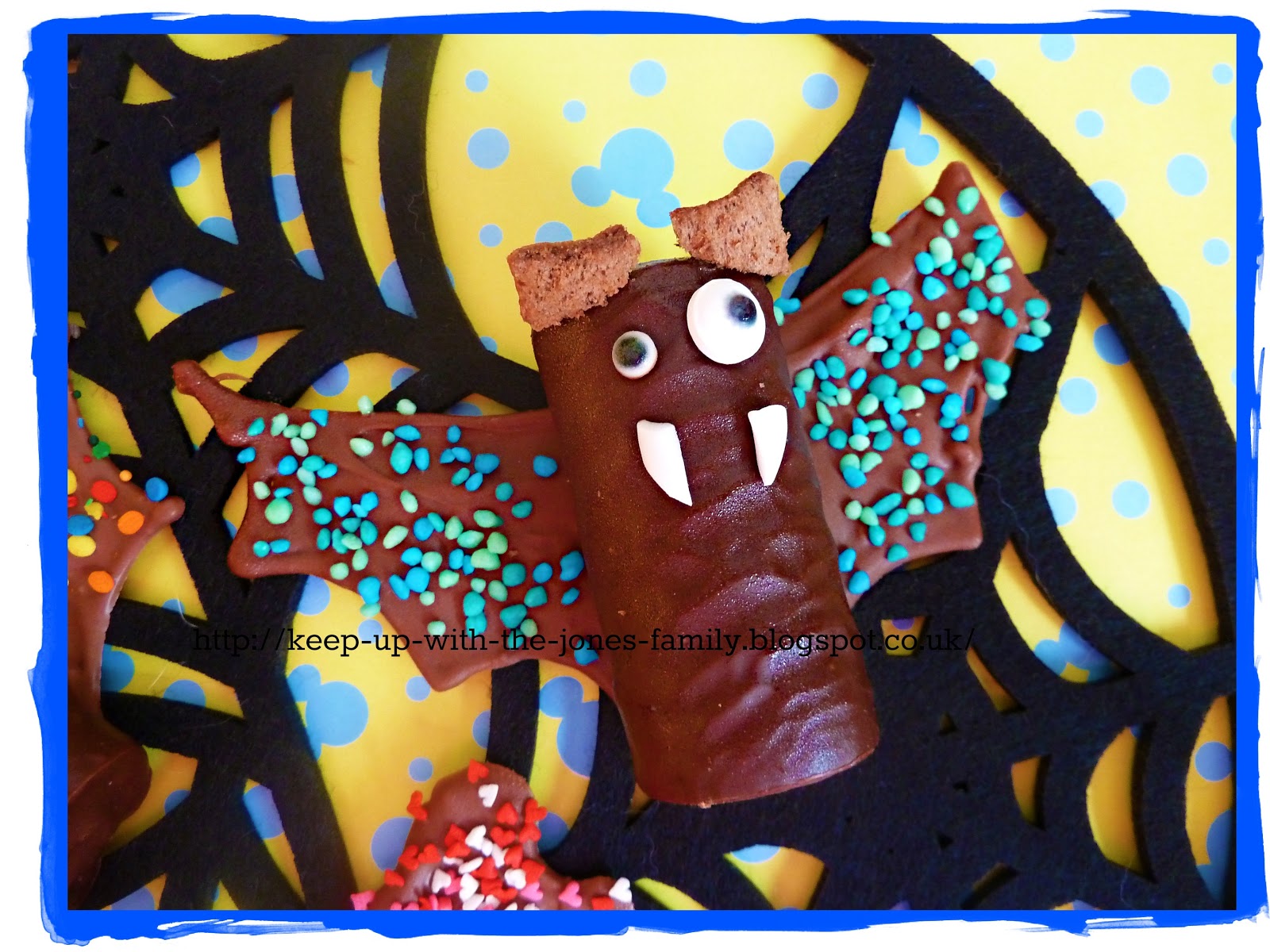 Only a week to go until Hallowe’en and we’re making the most of it in the kitchen!  This weekend we made… When I saw these bats on Hungry Happenings I knew I had to make them! Here’s how we did it… Then Our Little Adventurer wanted to add prinklies (sprinkles) to make them cute.  We… 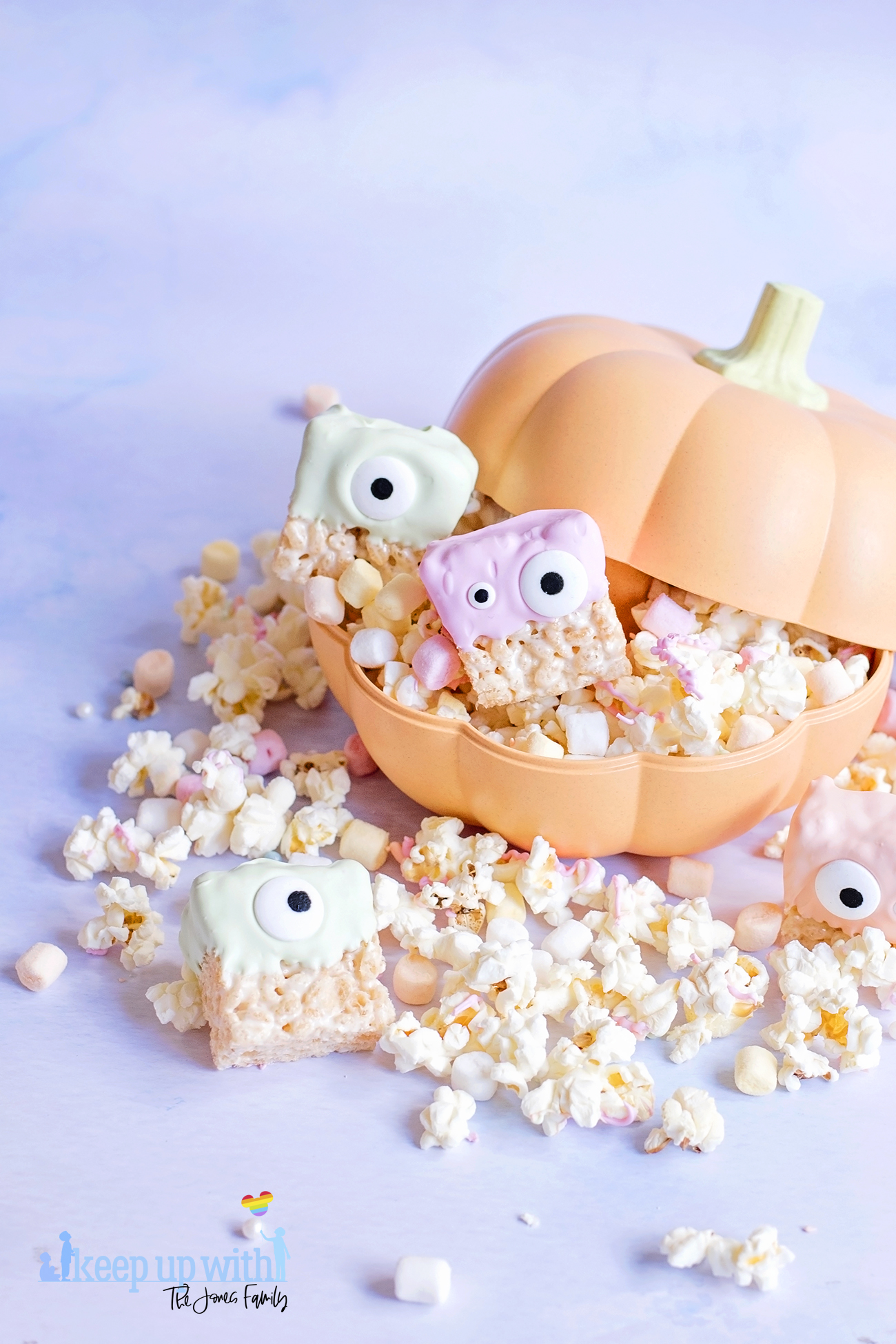 Sweet Little Alien Krispie Treats – Unidentified and Fabulous – and ‘O‘ so perfect for Hallowe’en Hey, friends! Hallowe’en is probably one of the best times in the year to make fun food – but I won’t lie, some of it turns my stomach sometimes. I have a thing about zombies [I hate them]. Anything… 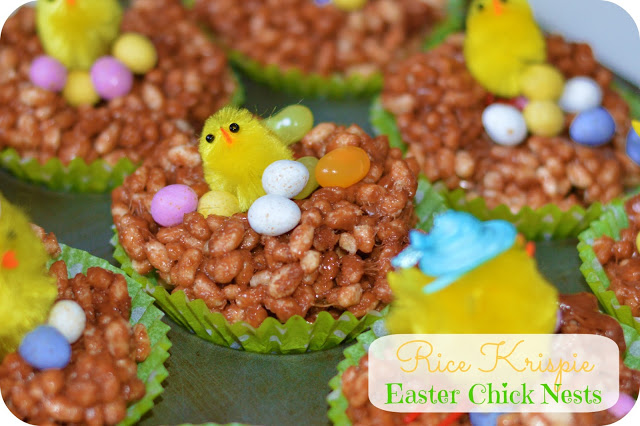 After seeing a million and two Pinterest ideas on the perfect Easter, I rapidly came to the conclusion that with Baby Dragon hanging on my leg whenever I try to spend more than two minutes alone in the kitchen, none of them were going to happen even if I did possess the awesome skills required… 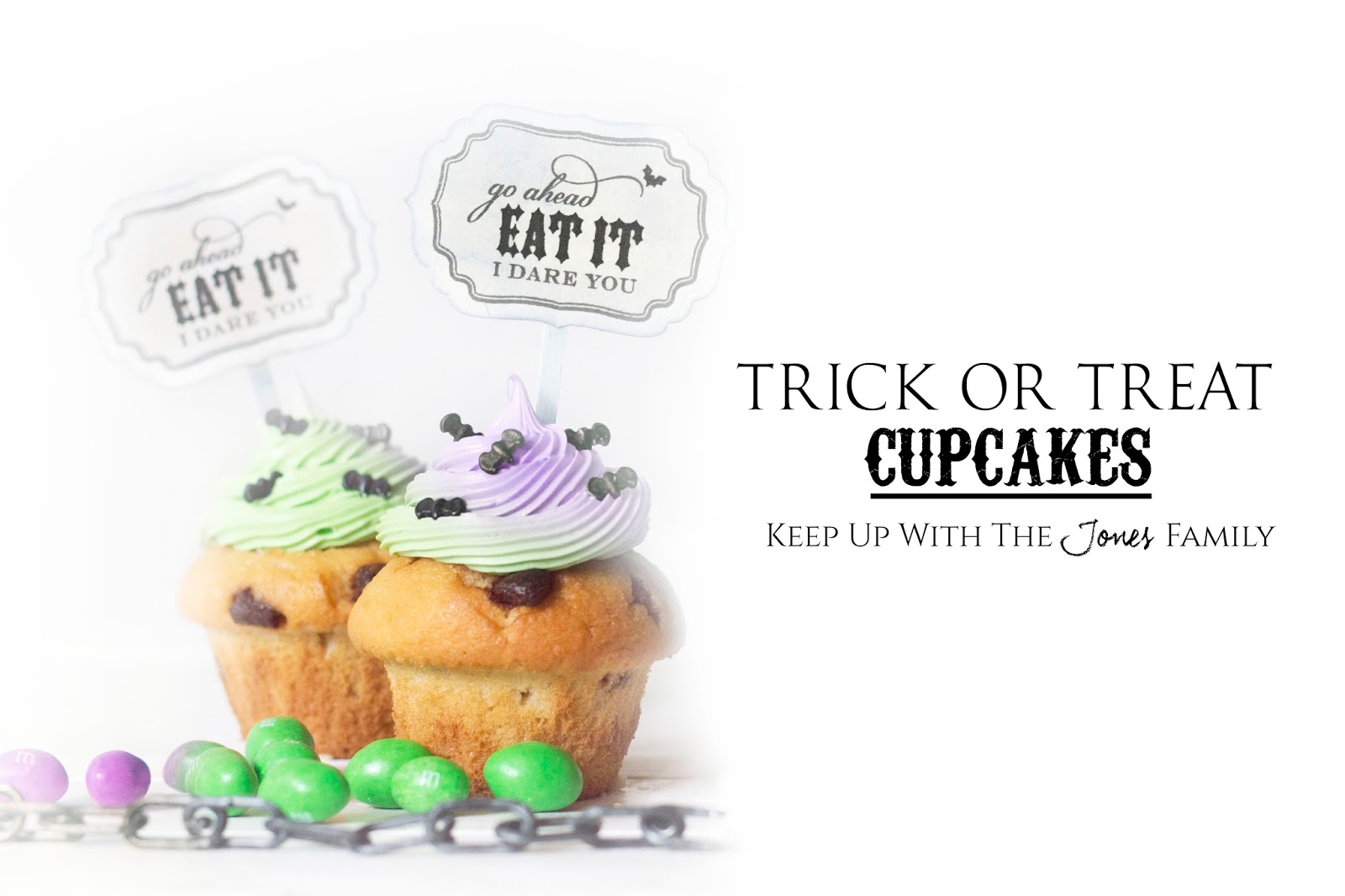