This is a little different to the posts I normally write, but hopefully it will help if you’re just bought your first DSLR and you’re completely confused, and thinking, “Which lens do I buy?”

After being asked so many times which camera I use – which is exactly the question I was asking when I was looking to buy my first DSLR [I asked all of our wedding photographers at Disney and our super talented family photographer Cristina Barton here in the UK] – I posted the “It’s In The Camera Bag” page to show what I have, but I’ve never written why I have it.

I remembered just how confusing it was when I had the camera body of Bert, my Nikon DS3200, and not a clue as to which lens I needed.  All I knew was that it probably wasn’t the best idea to use the kit lens for what I wanted, because I kept getting told that by other photographers – but I had no idea why.

Hopefully this will help you if you’re a lifestyle or family blogger, and you’re about to get started on your own photography journey, because I remember all too well just not getting it and not understanding why people couldn’t just tell me what I needed to buy.

So, I traded up from my 3200, [which now proudly belongs to Jensen my 6 year old] to the Nikon D750.  I love it, but the only reason I decided to upgrade was purely because of the ISO.  My D750 has a better sensor [the expensive bit of the camera] and so I can shoot in lower light with better results and not cry over the noise [grainy look] in the photo.  Otherwise Bert the DS3200 was amazing.  Faultless, and the best investment I ever made. 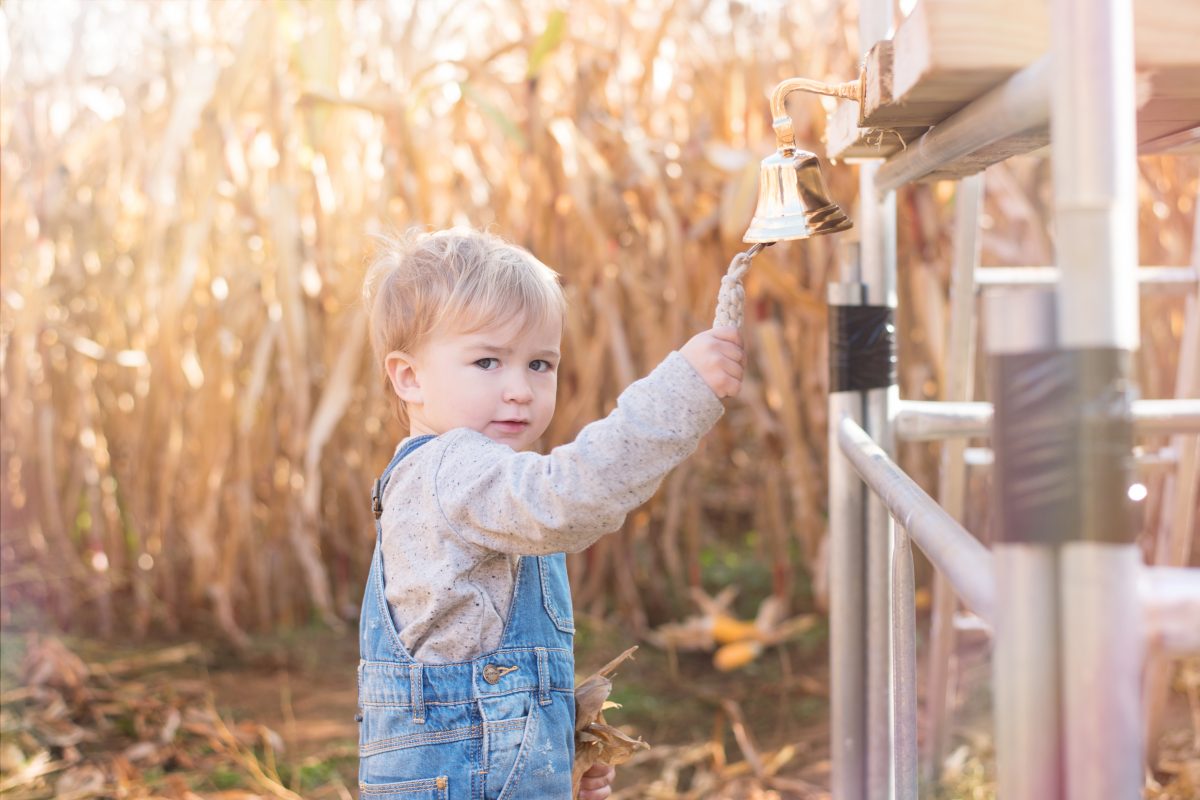 My lenses.  I currently have 4 lenses, all Nikon prime lenses.  I’ll explain.

There are prime lens fans, there are zoom fans.  The difference is that a prime lens is a fixed focal length – 35mm, 50mm, and so on.  If you need to get closer or further away, look down at your lovely legs, because these are your zoom.  You can stay rooted to the spot with a zoom lens whilst those with a prime lens are getting some body magic in [that’s Slimming World speak for exercise].

Zoom lenses may sound preferable, but the reward for being your own zoom is image quality.  There are so many bits and pieces moving inside a zoom lens that the images aren’t as sharp as with a prime lens, and there’s also the possibility of vignetting and distortion of your image. Prime lenses have better glass, and are often what are called “fast lenses” which means that the biggest aperture is lower than f2.8. and so they let more light in and enable faster shutter speeds.

This cost me around £150 when I bought it, which made my husband take a deep breath – but if I came to him now and said I needed a new lens that cost £150, he wouldn’t blink. He’d probably even smile.  It’s an AMAZING lens, and whether you’re a Nikon, Canon or any other DSLR user just started out, the 50mm is going to be the lens for you.  Trust me.

My 50mm sits on my camera about 80% of the time.  It’s an all rounder, it’s fast [f1.8], it’s tack sharp and next to the f1.4 [on my wishlist] it’s the best 50mm Nikon has made.  I even checked with the lovely people who develop the lenses at Nikon and they unofficially told me this was the best one in their opinion [unless I was going for the elusive 1.4].

It’s also a standard lens – this means that I can shoot what I see and it will look just like that.  This was why I desperately wanted to switch from my point and shoot to a DSLR.  I wanted to “feel” the photos – to look and them and feel as though I was there.  This lens does just that.  It’s a fantastic real-life lens.

Why else do I love it? Bokeh.  The dreamy, buttery, blur-out-the-laundry-in-the-background effect that isolates your subject?  This lens can do it brilliantly thanks to it’s wide aperture.

Also, if you have a cropped sensor camera, it acts as a medium telephoto lens – and, if you reverse mount it, it’s an okay macro too!

It’s my favourite for photo walks, day to day, portraits – there’s not much it can’t do, and if I was going somewhere that I could only carry one lens with me, this would be it.

This is another cheap lens – £150 or thereabouts again.  I don’t use it often, but as a blogger it has some very good uses.

I call it my restaurant lens and bought it for Walt Disney World in 2013, so that I could take photographs of my boys with Mickey and friends whilst having meals without having to back up half way across the room.  At home it’s really useful for flatlays if I don’t have my iPhone [which is the best for flatlays because the the aperture will act as a f8 which is amazing] because I can actually get directly over the top and get a good sized shot in without distortion, and I can photograph the boys in their room because it’s a wider angle than my 50mm.

It doesn’t create bokeh as easily, but I can do that in Photoshop if I need to, or I make sure there’s a greater distance between my subject and the background if possible.

This lens is a bit more expensive – about £360 at the moment.  I don’t use this at all really now – but I’m going to get it out and see what I can do with it this Winter.

I bought this lens for Disney World also, as I wanted something that could get a little closer to the characters – but I just couldn’t afford the 105mm that I wanted at the time.  I never really used this lens besides for parades at Disney and a few times in the forest or on the beach, but it creates beautiful bokeh [the best bokeh is reportedly created with the 85mm 1.4]and is a brilliant investment as a portrait lens.

This was on my wishlist for SO long, and when I upgraded my camera, I invested in this lens and I am so, so glad that I did.  It costs around £620 and it’s the best portrait lens I’ve tried, because of the tack sharp detail and the buttery bokeh.  It takes a little getting used to after using the 50mm for portraits, but it’s just fantastic.  I’m able to capture genuine interaction between the boys without letting them know I’m there.  It’s a macro lens [or micro in Nikon terms] which means I can capture the details on snowflakes, bugs and pretty much anything that comes our way in the forest or on the beach.  I wish I’d had this when Hero was born to capture his newborn little details.

So that’s why I have what I have – and if you have any questions, feel free to email me or ask below – I’m an open book, I’ve got no secrets – and I’m also holding my second photography weekend in early 2017! 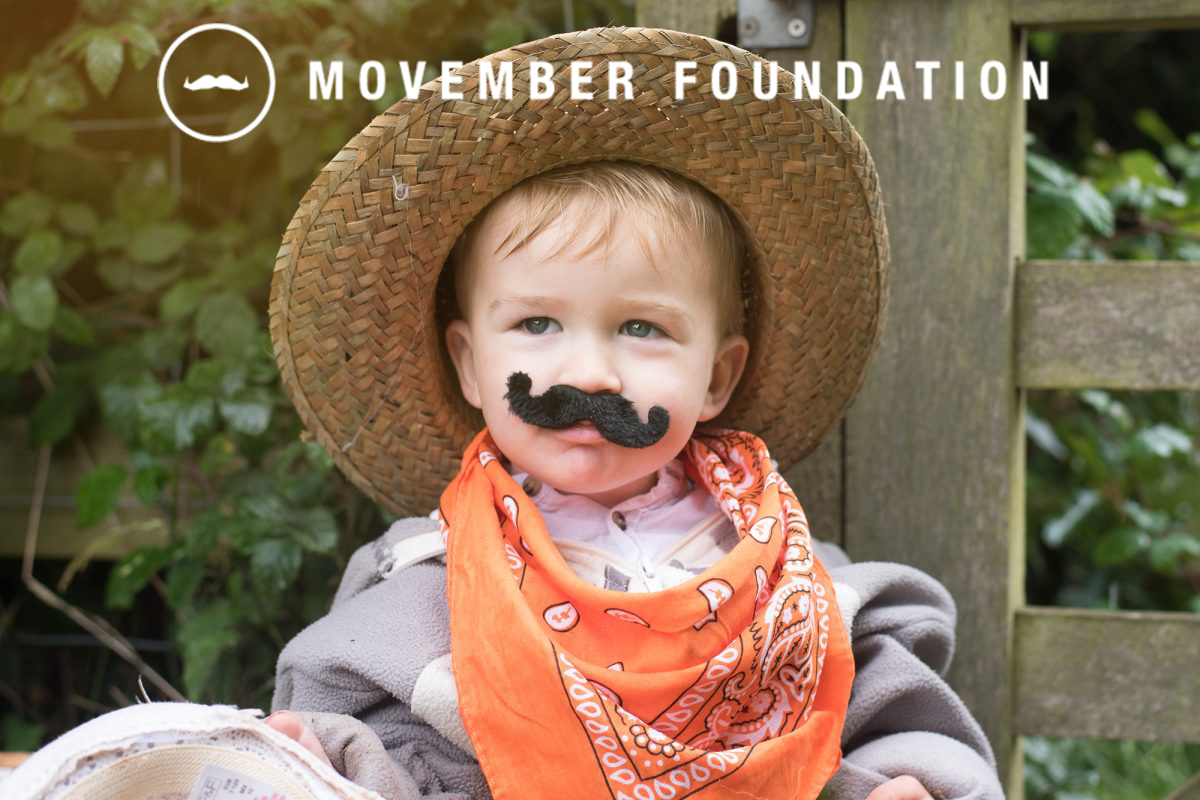 You’ve heard of Man Flu.  It’s a very tragic and common condition.  People, especially mothers, wives and girlfriends all over the country know men who have suffered terribly at the hands of this awful illness – and the men in our lives aren’t afraid of letting everyone know how badly they have it. However, for… 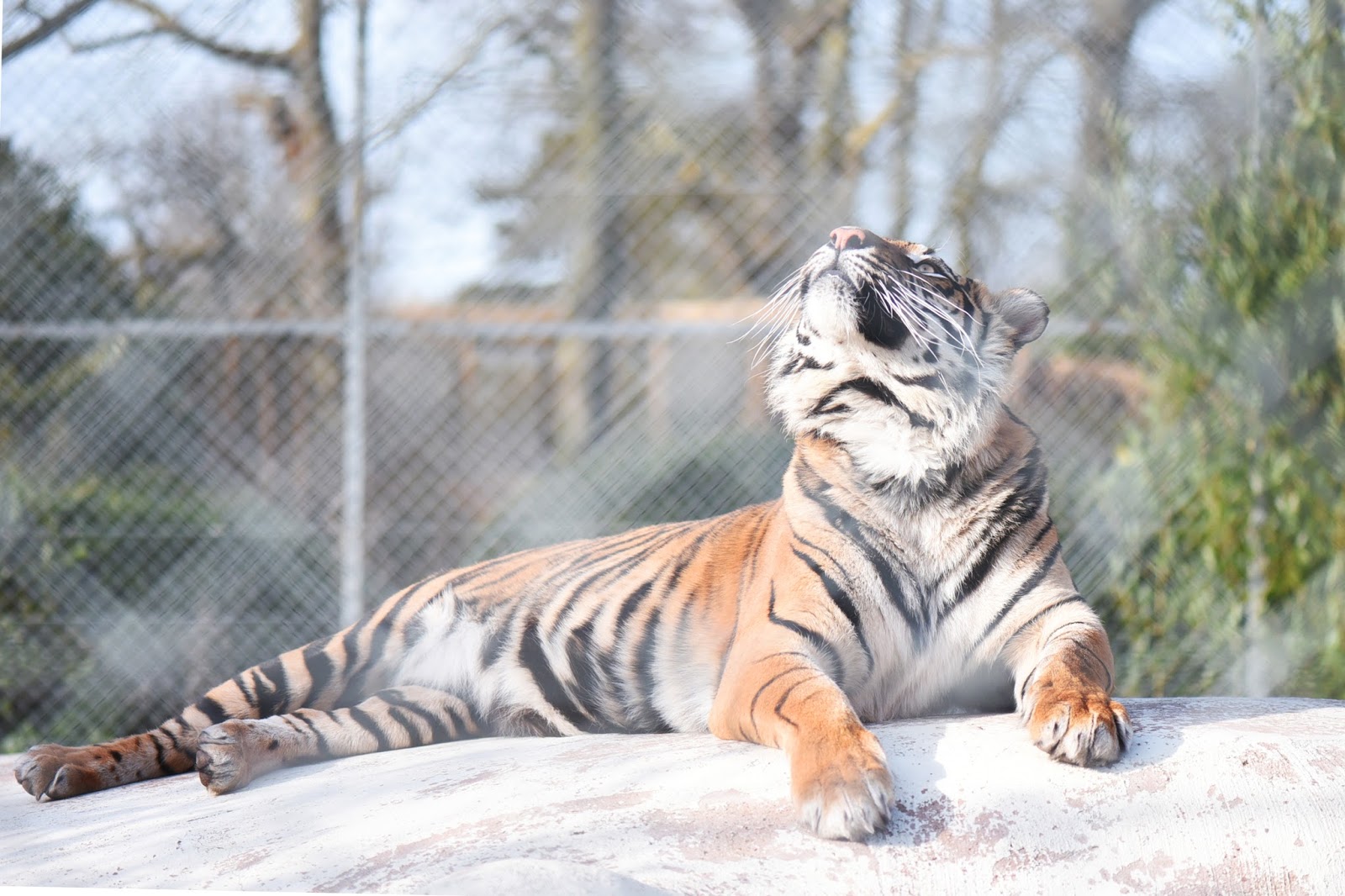 I made it.  Ten weeks in, and ten per cent of my body mass has gone.  Forever [I hope]. Last night at Slimming World I crept onto the scales praying to see me drop below the next stone marker and there, three pounds lighter, my award popped onto the screen.  Club Ten. I can’t actually… 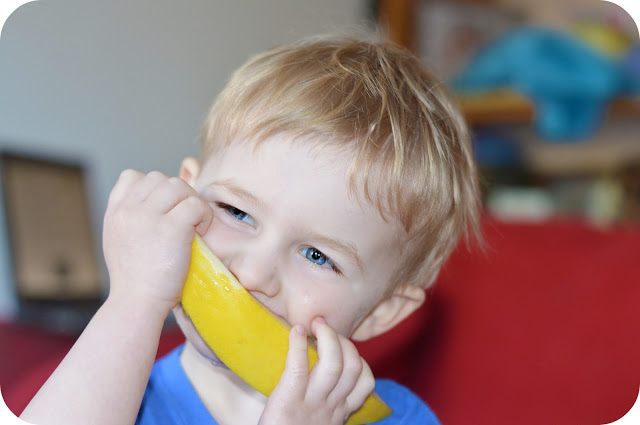 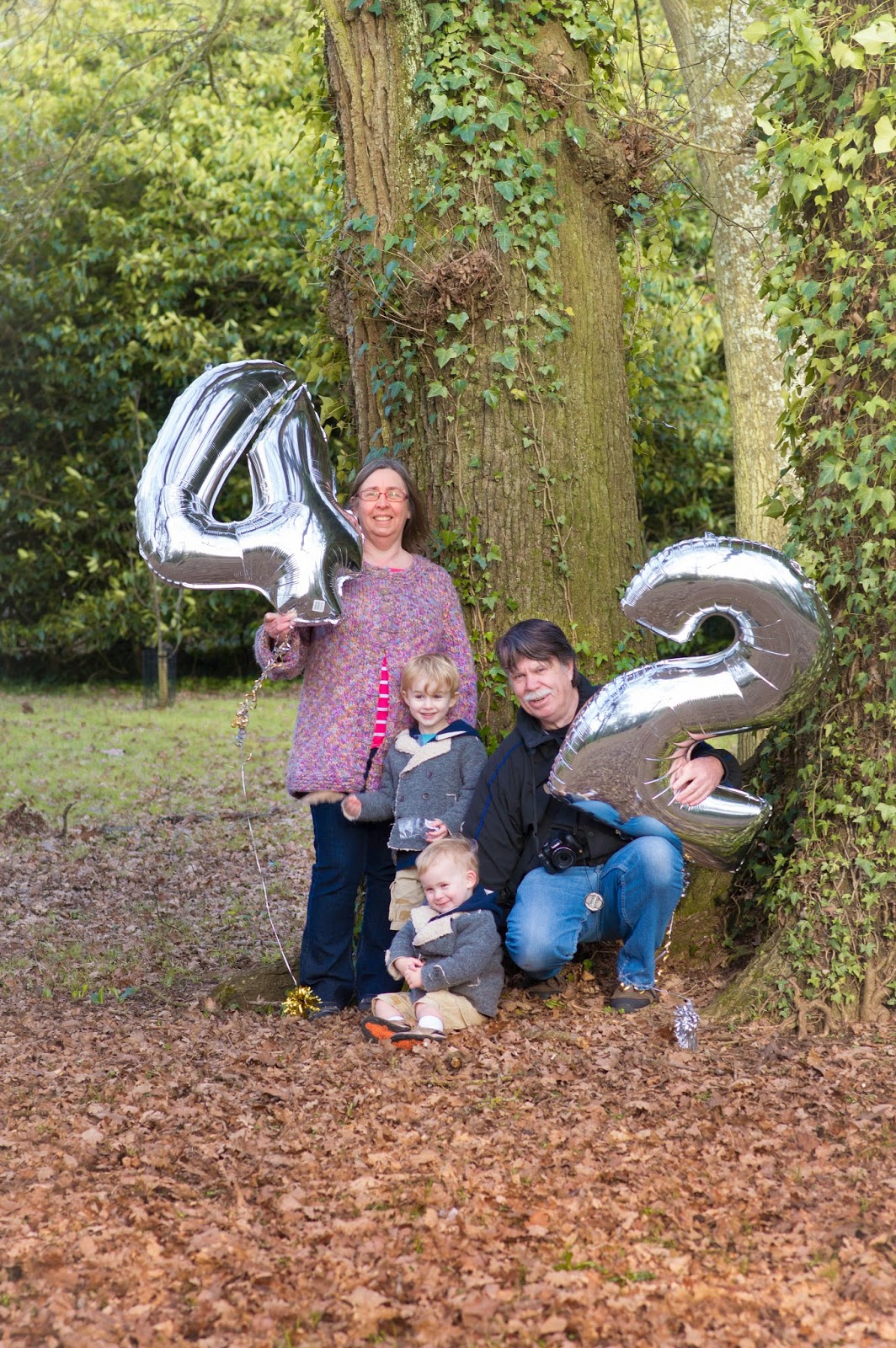 Each year since Jensen was born, I’ve bought one of those huge, three feet tall shiny helium filled numeral balloons.  Only last year did I think about using them for something more than just their parties, and so I decided to photograph them with their very-loved balloons so that when they’re 18, they can look… 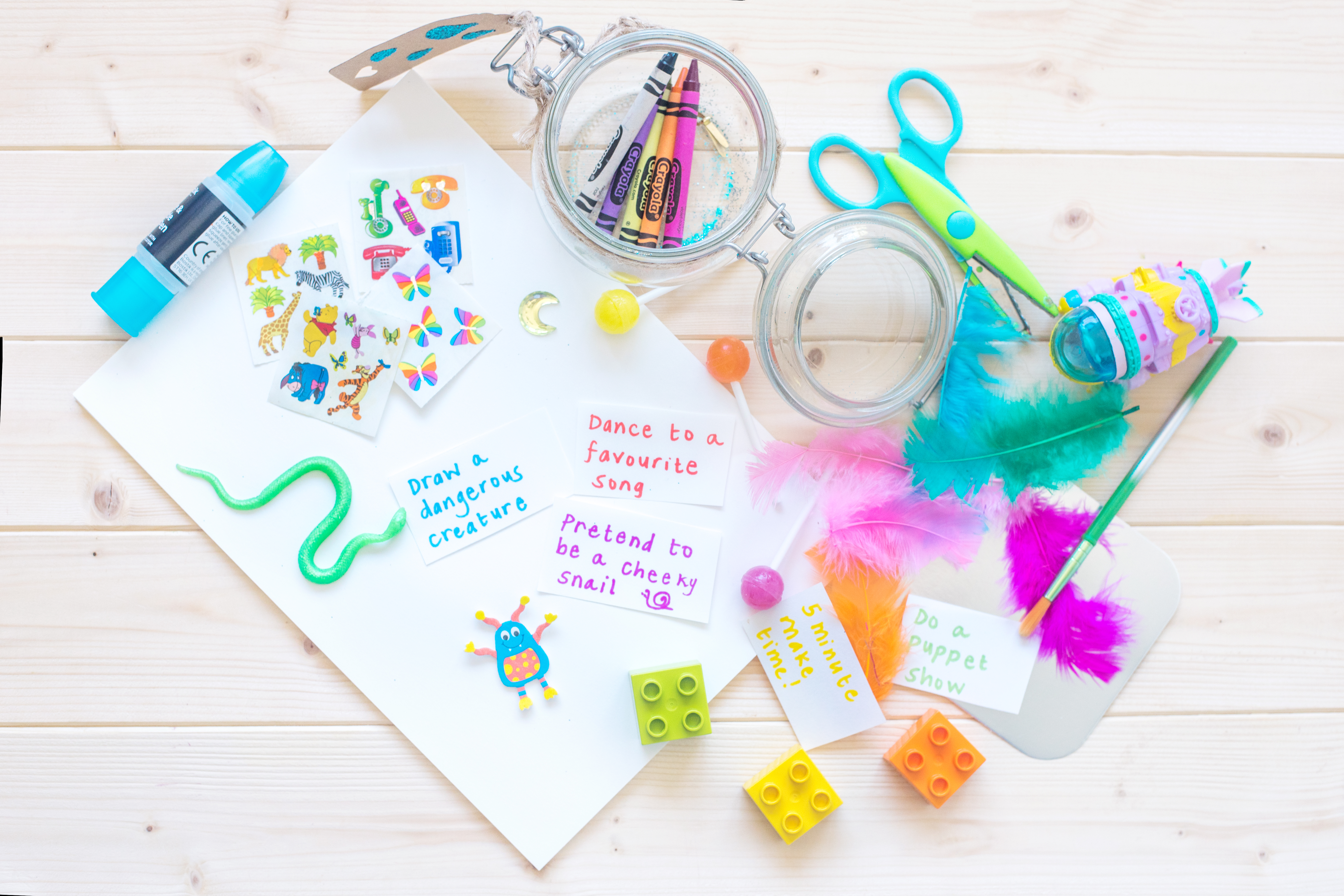 This 5 minute fun post is collaborative – we’ve been gifted a 6 month subscription to CBeebies magazine for our time. “Just give me five minutes!”  It’s never 5 minute fun time – always five minute wait-for-mommy-to-finish-time. Generally because they never stop talking to me and so I barely get an opportunity to think clearly, or…