We were sent the PJ Masks Seeker in return for coverage. Hooray!

From the moment they burst onto the screen, the Jones boys have been more than a little bit obsessed with PJ Masks. Hero is Gekko, Lyoto is Catboy and Jensen is Owlette, but would rather be the the bad guys given the chance. Guess who Mommy is? Luna Girl. I got the pick of the antagonists and I picked her. She’s awesome. Plus if the boys won’t go to bed in the summer I tell them I’ll summon my moths [we have our own resident moth at the moment called Chop-Slap – don’t ask].

Anyhow, they were bursting to bits because a friend of ours had just bought her little boy Romeo’s Lab on our recommendation [it’s our favourite PJ Masks toy so far] and we were talking about it as the PJ Masks Seeker arrived in a reeeeaaaallllly big box on the doorstep. HUUUUGGGEEEE. And we’re not talking about the Amazon, big box teeny item fiasco we have on a weekly basis where we all complain about the amount of unneccessary recycling – the PJ Masks Seeker needed every inch of that cardboard to arrive safely. And if you’re wondering, the box then became a Guardians of the Galaxy ship.

So, yes it’s mahoosive. It comes with Catboy and a little and very basic blue Catboy car. I wish it didn’t. We already have some of these from other PJ Masks Toys and because there’s no detail on them compared to the normal vehicles, they don’t get played with, and they kind of feel like a waste. If there were similar versions for Gekko and Owlette it would be fine, but at the moment they’re just like spare parts. Whilst we’re on the subject of little niggles – because I like to think that it’s better to be a little constructive rather than just gush because we got so lucky to have these toys, the only thing that disappoints me about PJ Masks large playset and vehicle boxes – and a few other brands also, so they aren’t alone – is that the box always feels like it’s tricking children into thinking that there are more characters than there are in there. On the Seeker, it’s easy to think that you’re also getting Romeo because a little cardboard Romeo is peeping from the cage. I do wish that with the larger playsets there came a villain of the series – I’d be more inclined to buy them if they could instantly have battles with the toys – and the bad guys give really good play value. Anyhow, parent grumbles over, it’s brilliant.

The PJ Masks Seeker playset is made up of a few bits – quite like an articulated lorry, there’s a cabin [unlike every other huge vehicle we have, this one has the ability to split the front vehicle cabin away so that there’s a smaller vehicle to play with and zip about with] the main trailer which acts as a base, a searchlight with bridge platform to look for any mischief, a grip arm and clawed crane, a satellite, a shooter and one disc to shoot out of the shooter and the naughty people trapping cage. There’s no major assembly except for the bridge platform has to be clicked in and a few bits popped on, and no stickers to apply. Hooray!

The boys have all loved playing with their new addition to the PJ Masks vehicles family – particularly since we can fit all three of them in there, and there’s so much to do – shooting, zipping off the ramp, and the sound effect of the horn might be my favourite of all their toys at the moment. It’s in their red, green and blue iconic colours and there’s no doubting that every little PJ Masks fan is going to be asking Father Christmas for this.

The boys’ only complaint is that the PJ Masks Seeker doesn’t go fast down hills, and you can’t ride it. I won’t tell you how we know either of those things, but I will tell you that the good people of IBM have seen a few sights over the past week with the boys’ stunt spectacles. They’ve thoroughly enjoyed their new PJ Masks vehicle/playset/base – it does a bit of everything and it’s kept them occupied without arguing. Plus, given the size of it there’s plenty of room for the three to share and sit around it without squabbling – it’s a perfect addition to the PJ Masks adventures! 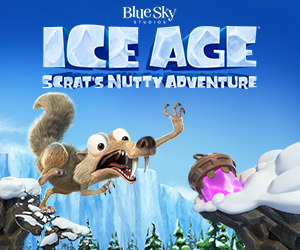 
❄️It was so cold last night that we had a movi

It’s SO COLD! ❄️ Who stole the good (or even

The gifts are wrapped, the baths are done, the new

🌈Whilst visions of sugarplums danced in their h

AD - He's only nine but already his hair is his cr 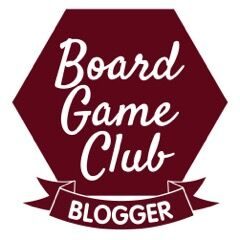