So this year we headed back to the hidden Christmas tree farm in Wellow.  I’ve actually lost count of the number of annual Christmas tree chops we’ve had but I really should count them.  This tree is the second time we’ve had from this gorgeous little farm because I had no idea that it existed prior to last year, which I can’t be sad about because I have seen quite a few Christmas tree farms far and wide across our country on account of not knowing about the one farm that was on our doorstep.  Haha.  Anyhow, this year the trees at the farm were HUUUUUGE and so towering that we were told we could cut them further up the trunk if we wanted to, in order to fit them into our home.

If you saw last year’s post, our new tradition is to take a ‘dabbing’ photo with our tree.  I am a hopeless dabber [allegedly] and so I am relegated to having the take the photo instead.  Hero was dabbing but apparently he does it so fast that I mom-failed in capturing him and he had gone on to the Floss instead. Who knew. haha. 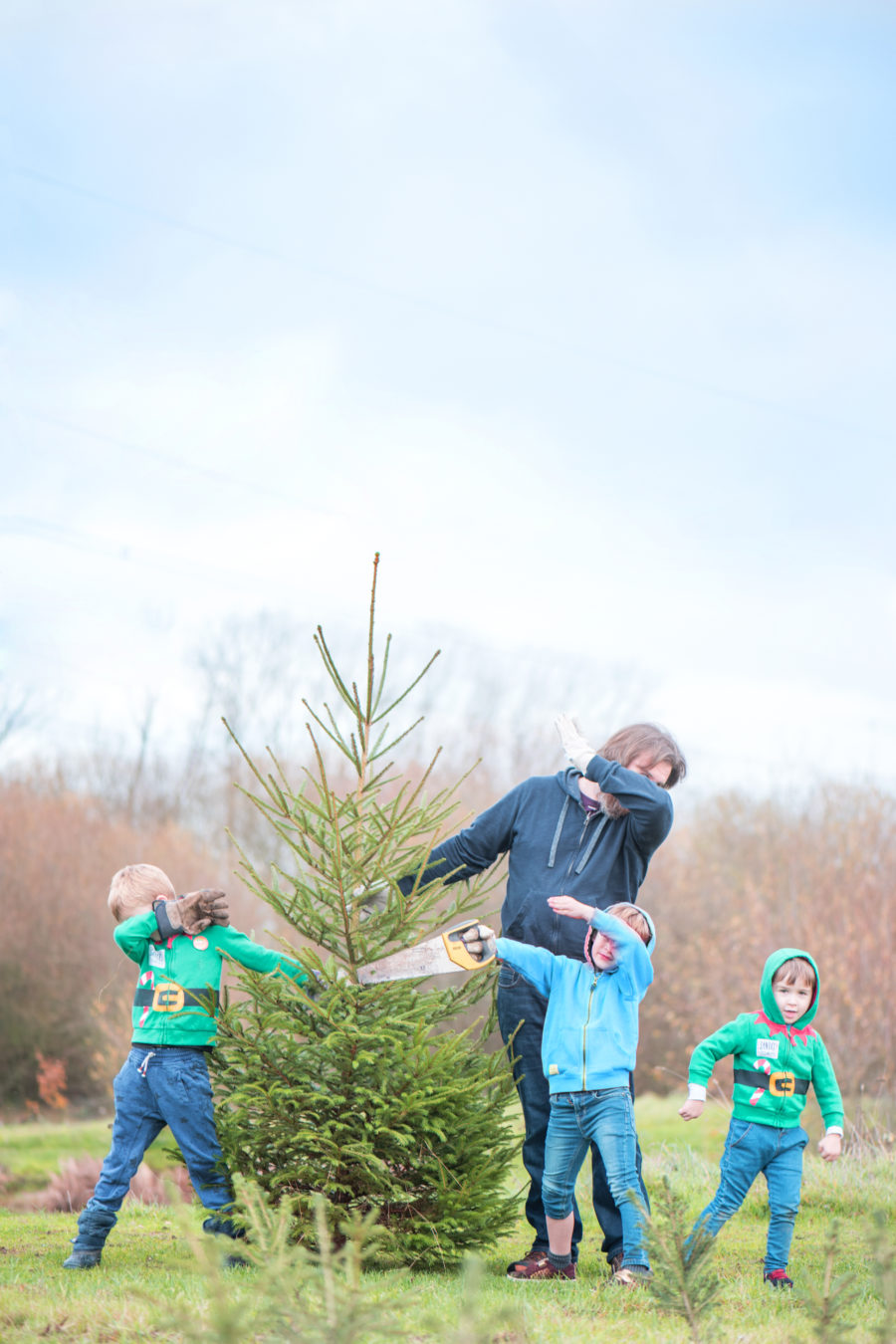 One tractor ride and about fifteen minutes of running backwards and forwards through the pineneedle-filled forest later, we found the perfect tree.  I was the finder this year for a change and it wasn’t too big that Gav complained, and wasn’t too bushy that it would take up half our living room, and so we set to it.

Unfortunately for me, this year Gav’s ankle is still so bad that he couldn’t crouch down to do the sawing and so after his initial saw for a few seconds with Lyoto, I had to step in.  You can see my sheer determination to fell the tree over on our IGTV at @keepupwiththejonesfamily.  I’m no woodcutter, and honestly, I blamed my tools. Totally.  See that smile on my face? That’s the smile of someone who actually felt victorious after about twenty minutes of sawing, getting soggy knees and having pine needles poking up her nose.  Needles that she is allergic to, I add. 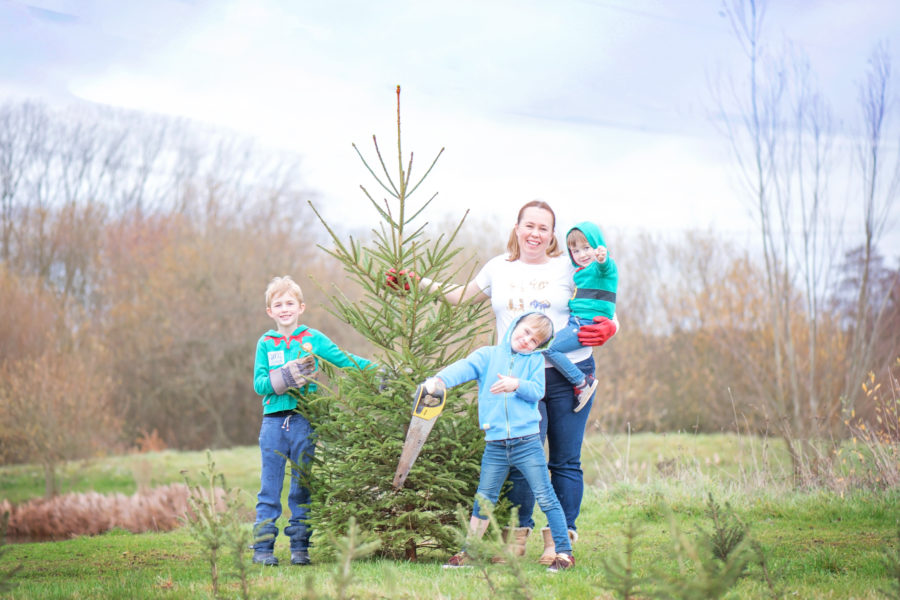 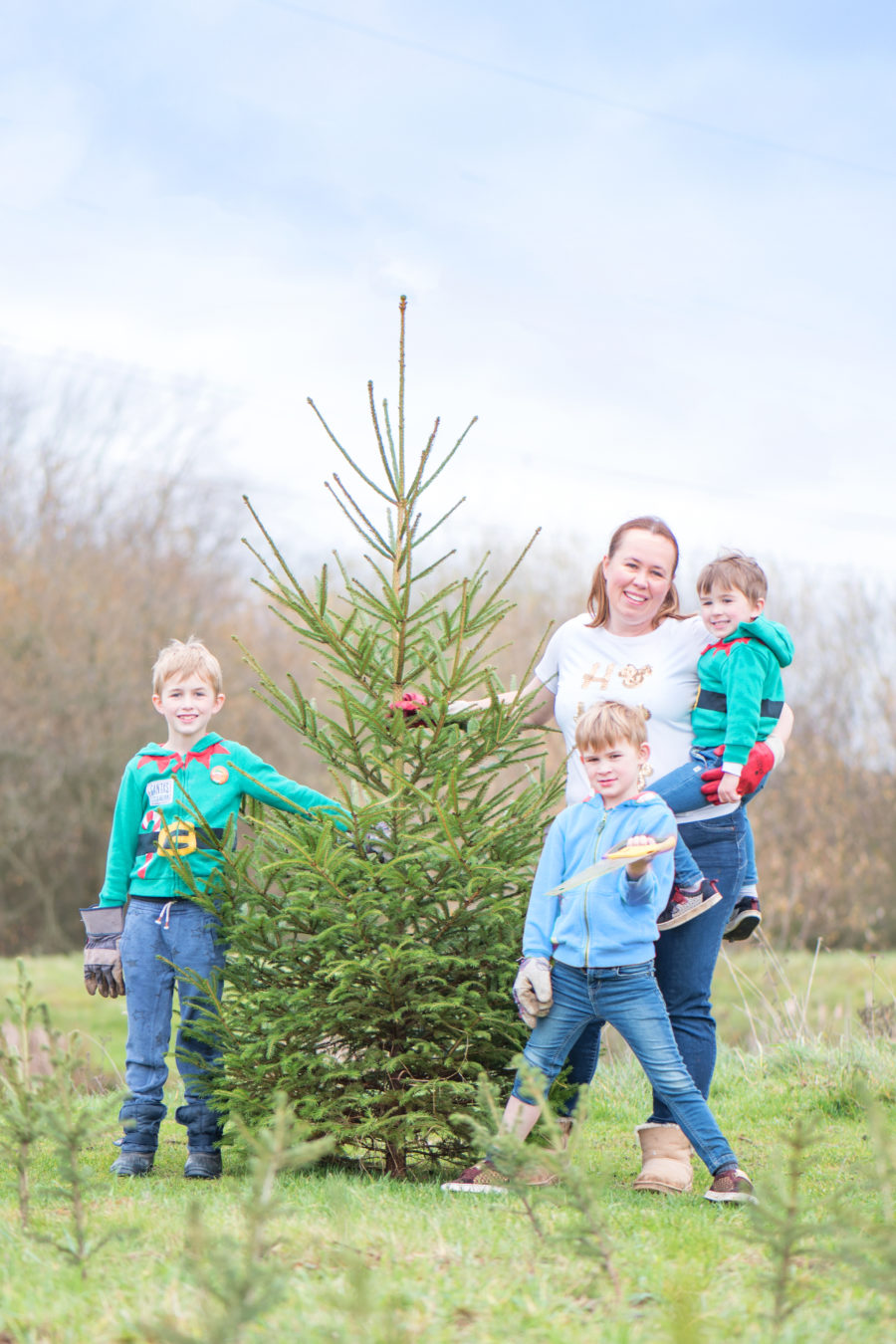 Now that the boys are bigger, they are so excited to be able to carry the tree to be bagged by themselves… Except that the only one who actually does the carrying is Jensen and the other two lark about by his side and pretend to help out.  Again, this appears to be a new annual tradition, but dates back three years now 😉 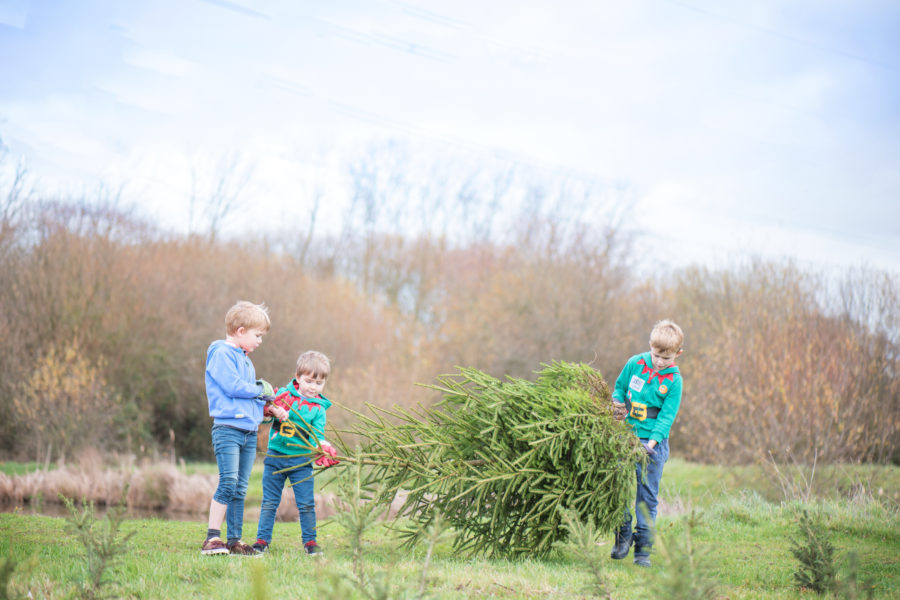 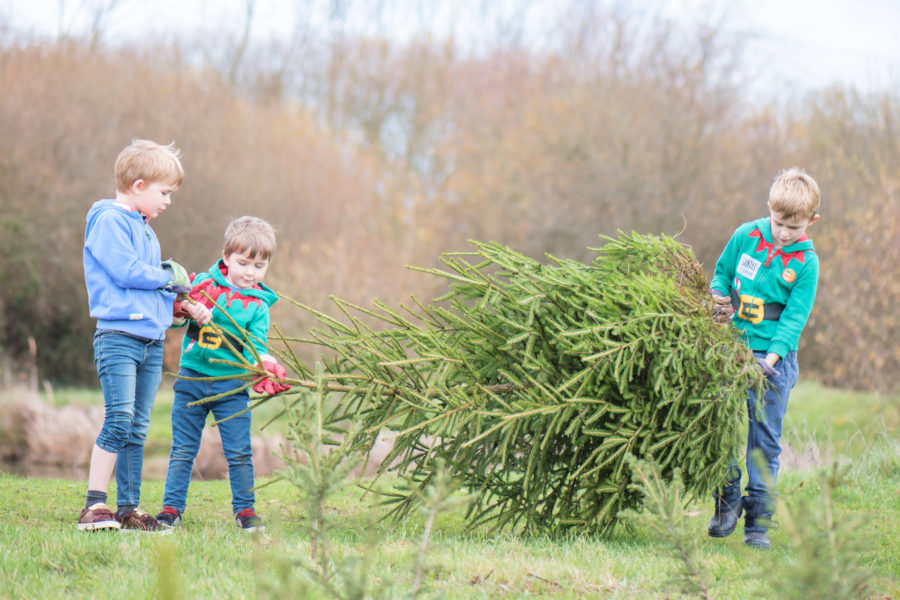 Yes, we all know who does the work. Haha. 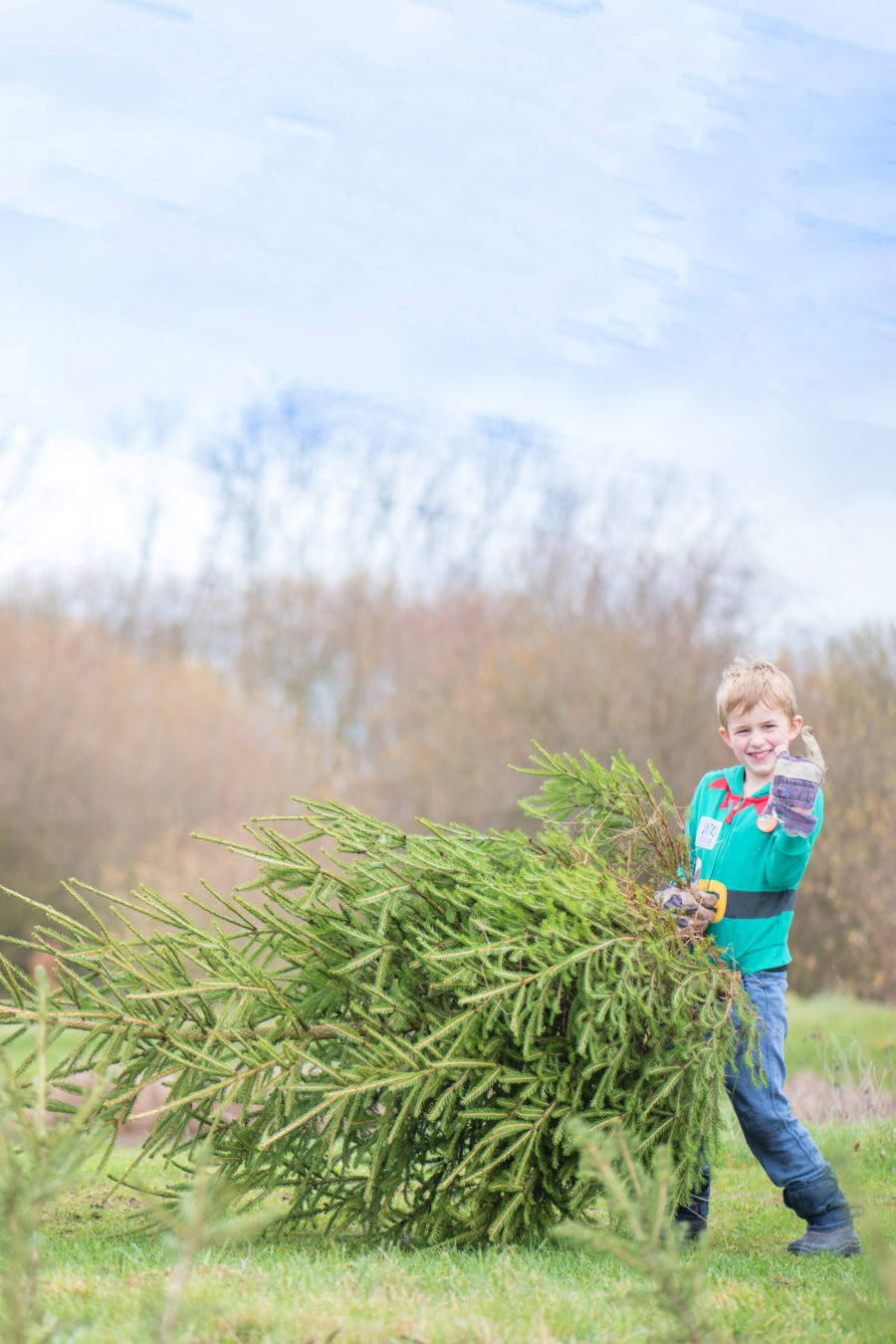 And we all know which ones bounce about looking pretty.  Here are the work-shy pretenders. 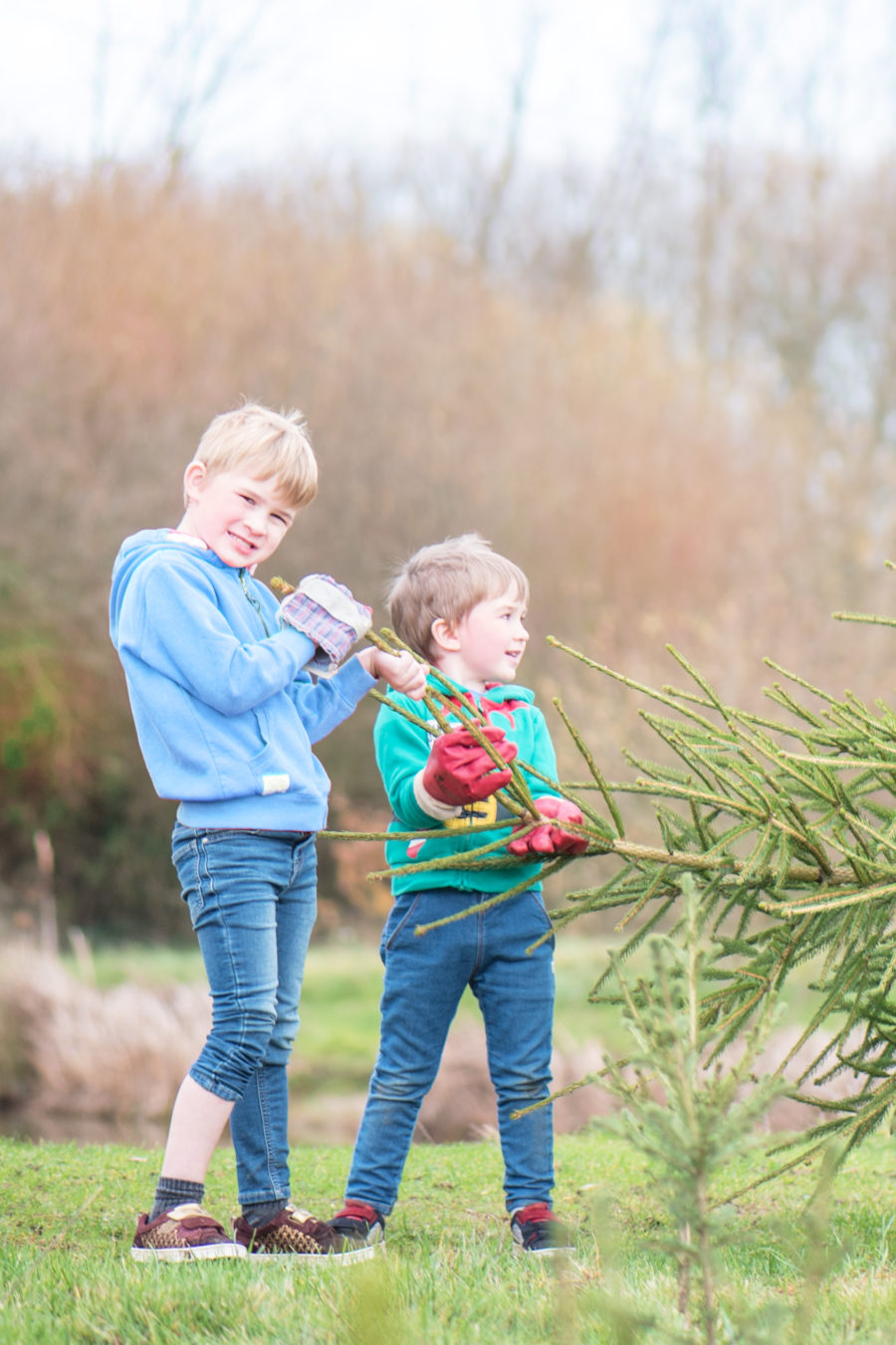 Eventually Lyoto decided he had better help poor Jens out [mainly because I asked for a photo of the strong boys who carried the tree] and they hauled it over to the same man who bagged our tree last year and who has the loveliest manners – but not after said man had embarrassingly ducked out of sight after he heard me saying I had to wait to take their photo as he was in the background and popping out of the top of Lyoto’s head.  Eek. 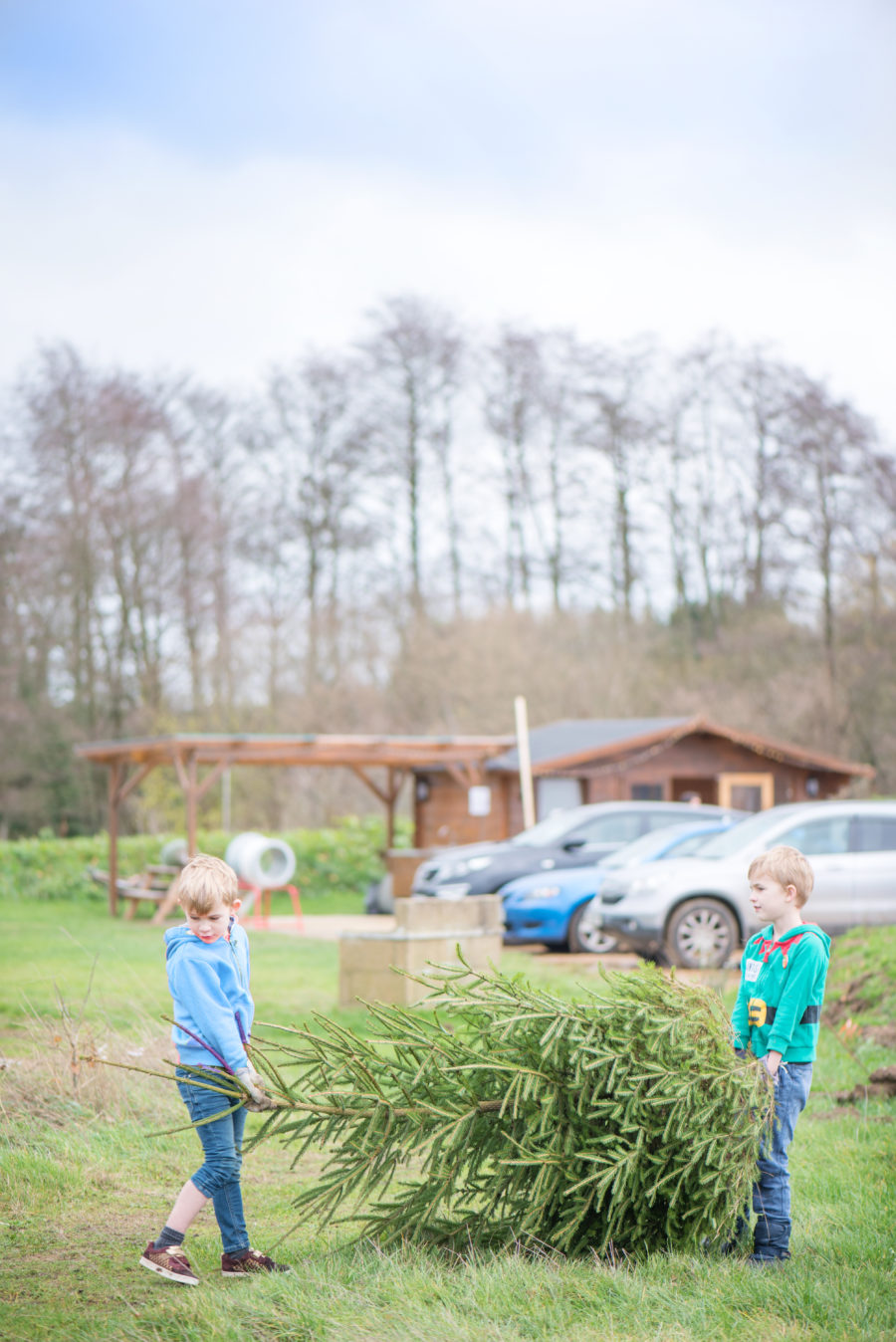 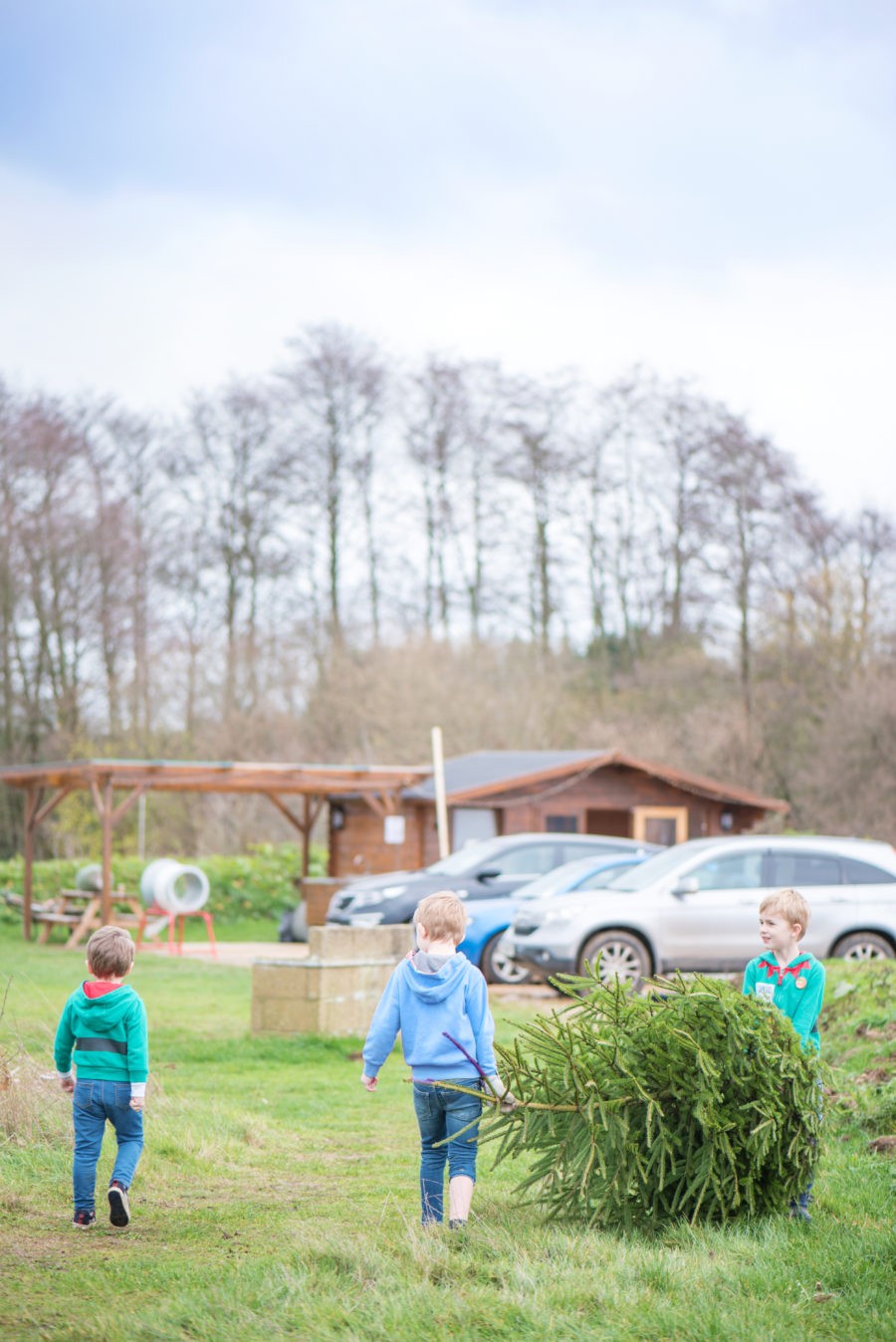 All done, all loaded up into the car and then Hero decided, just before we left, that he wanted another tree too.  Er…. 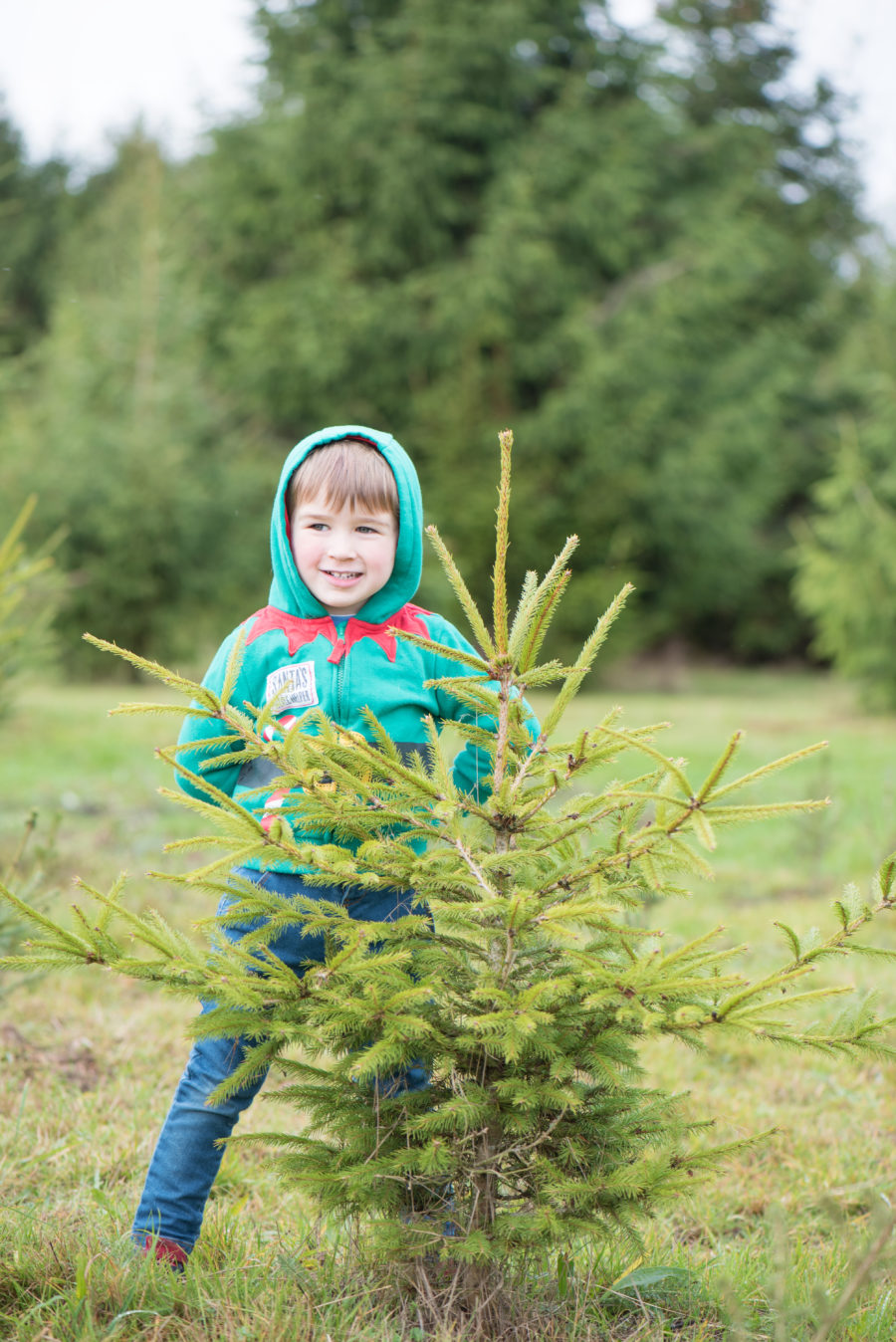 So we have three Christmas trees in our home now.  One for us all, one for them in their room and a pretty one in my bedroom, just for me.  Merry *atchoo* Christmas.

CHRISTMAS TREE FARM 2017
« HP CHROMEBOOK 14 REVIEW: A LAPTOP FOR LYOTO
HAVE I EVOLVED AS A PARENT? »