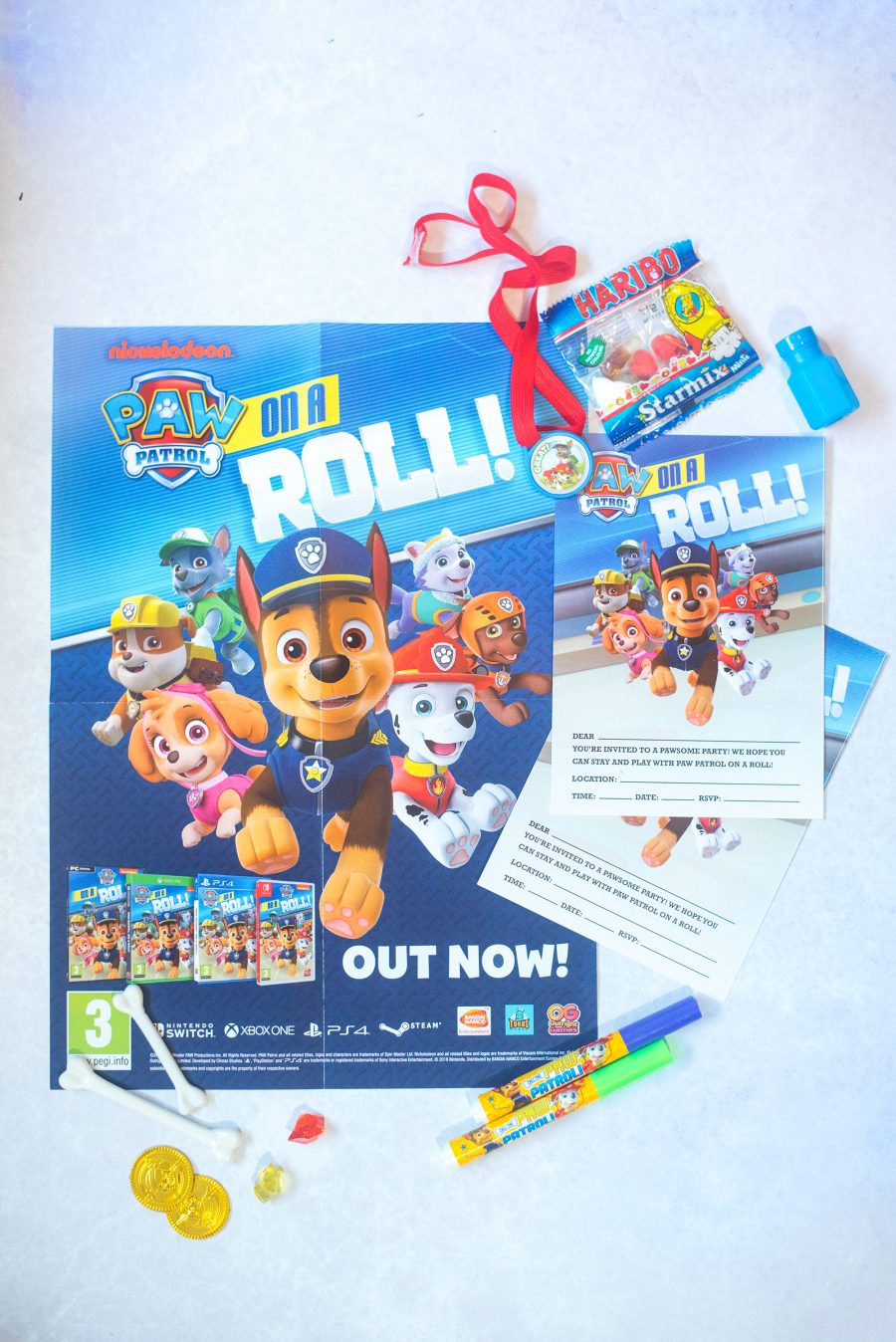 Have a look!  It’s so much fun – here’s the official trailer:

So, the game – well, as you all know if you love Paw Patrol, no job is too big, no pup is too small! The PAW Patrol is ready to save the day in Adventure Bay on 16 exciting rescue missions, but they can only do it with your help! In the game, players can help Marshall, Chase, Skye, Rubble Everest, Tracker and the whole team use their unique skills to rescue friends and keep their community safe. Jump into eight awesome Adventure Bay locations, including Farmer Yumi’s Farm, Jake’s Mountain, a desert canyon, under the waves, and more! Get ready for fun puzzle-platforming action that is PAWfect for kids of all ages with all the pups of the PAW Patrol!

Be on the Lookout!

With the Lookout as your base, you’ll have the whole PAW Patrol team—including Everest the husky and Tracker the beagle —on your side. You play as two different pups on each mission and as you help your friends, such as Ryder, Jake, Farmer Yumi and more.

In the game, players can explore the beautifully recreated world of Adventure Bay as you help the PAW Patrol on daring rescues, collect hidden Pup Treats, and play micro-games that make the most of each pup’s unique skills —all while learning about teamwork and helping the community.

The game is suitable for players 3+ which Hero was particularly delighted about – and even I was able to play, which says something. I am still of the old School Mario 2D land players. haha.

We have it for Nintendo Switch because Father Christmas decided to buy one for the boys.  It has nothing to do with Gav wanting to play Zelda, apparently. 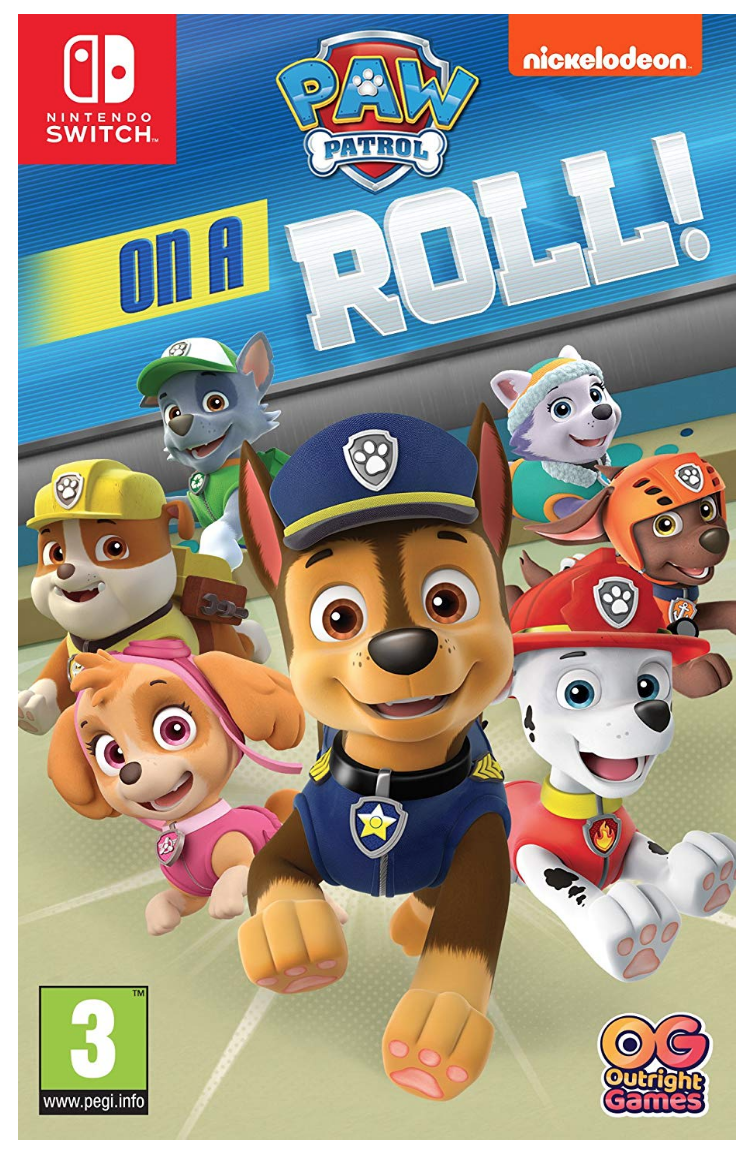 So, we set it up and listened to Ryder tell us all about the challenges.  Hero was transfixed. He was so excited that the pups were just as they are on TV, but for him to play with.  The aim is to collect 5 gold PAW patrol badges or and 200 Pup Treats on each level to unlock pictures and badges, which Hero was over the moon about.

Anyhow, the boys and grown ups LOVE this game.  The graphics are amazing and Hero loves being able to control his favourite pups on the big screen for a change instead of being subject to whatever his brothers are playing. 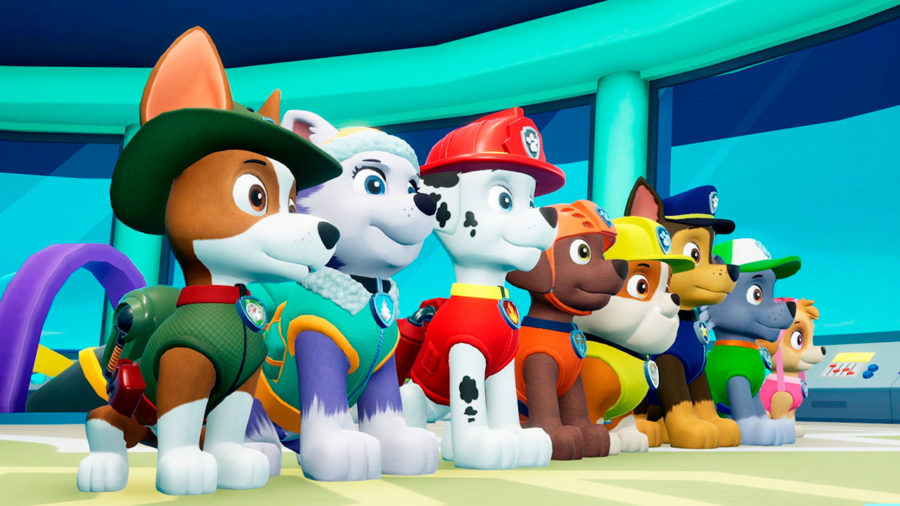 That it’s a game for the smaller people in our family – Hero was able to play the game without help.

That mommy could also play the game as it was a left to right playing game like the “olden days” with Mario.

That everyone – Ryder and all eight PAW Patrol pups, including Everest & Tracker are in the game!

That there are so many adventures to have!  16 daring adventures set in 8 Adventure Bay locations means that it’s a game which they won’t get bored of easily!

The special pup abilities that need to be used for each rescue – just like in the show when Ryder chooses each pup for a mission!

We have so many Paw Patrol Reviews on our site – check out: