It’s the An Elf for Christmas Twitter party this evening!  Be there from 7-8pm to win some prizes – we’re @keepupjonesfami, come and have some fun! 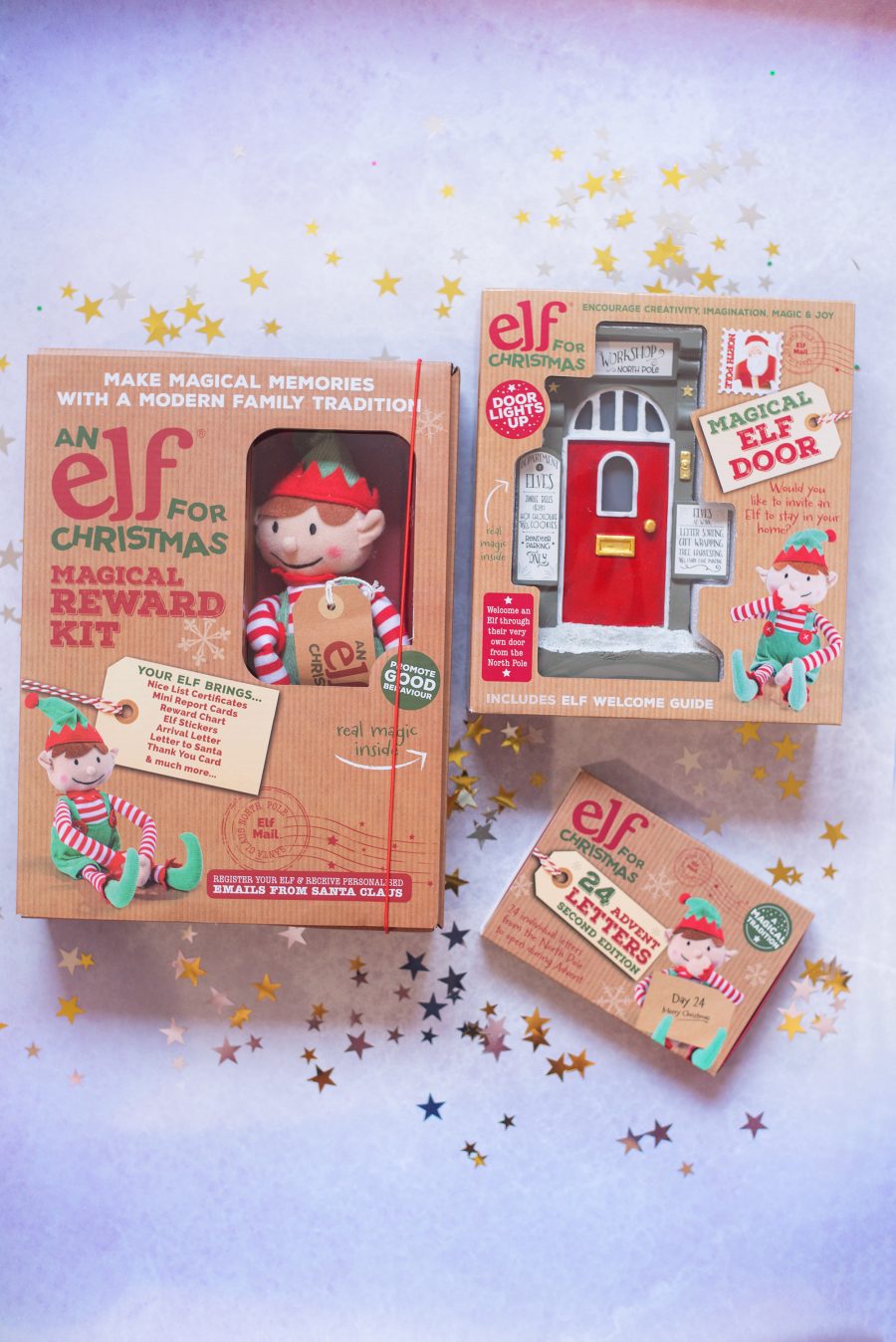 So last year, An Elf for Christmas saved my sanity.  We’ve had an elf in our house since 2010 when Jensen was born, and Mack Mack the Elf arrived [and is still here every year, looking much like a well-loved teddy bear, all bobbly and worn, because we never follow the no touching rule, and we love on our elves].  Now the boys are older, yet still believe, they wanted to hear from their elves.  We’d tried a few ways and honestly, writing teeny letters each night was doing a number on me because with everything else to do at that time of year I was getting to bedtime and my heart would sink as I realised I had to think of something exciting to tell the boys in their little letters that they loved. 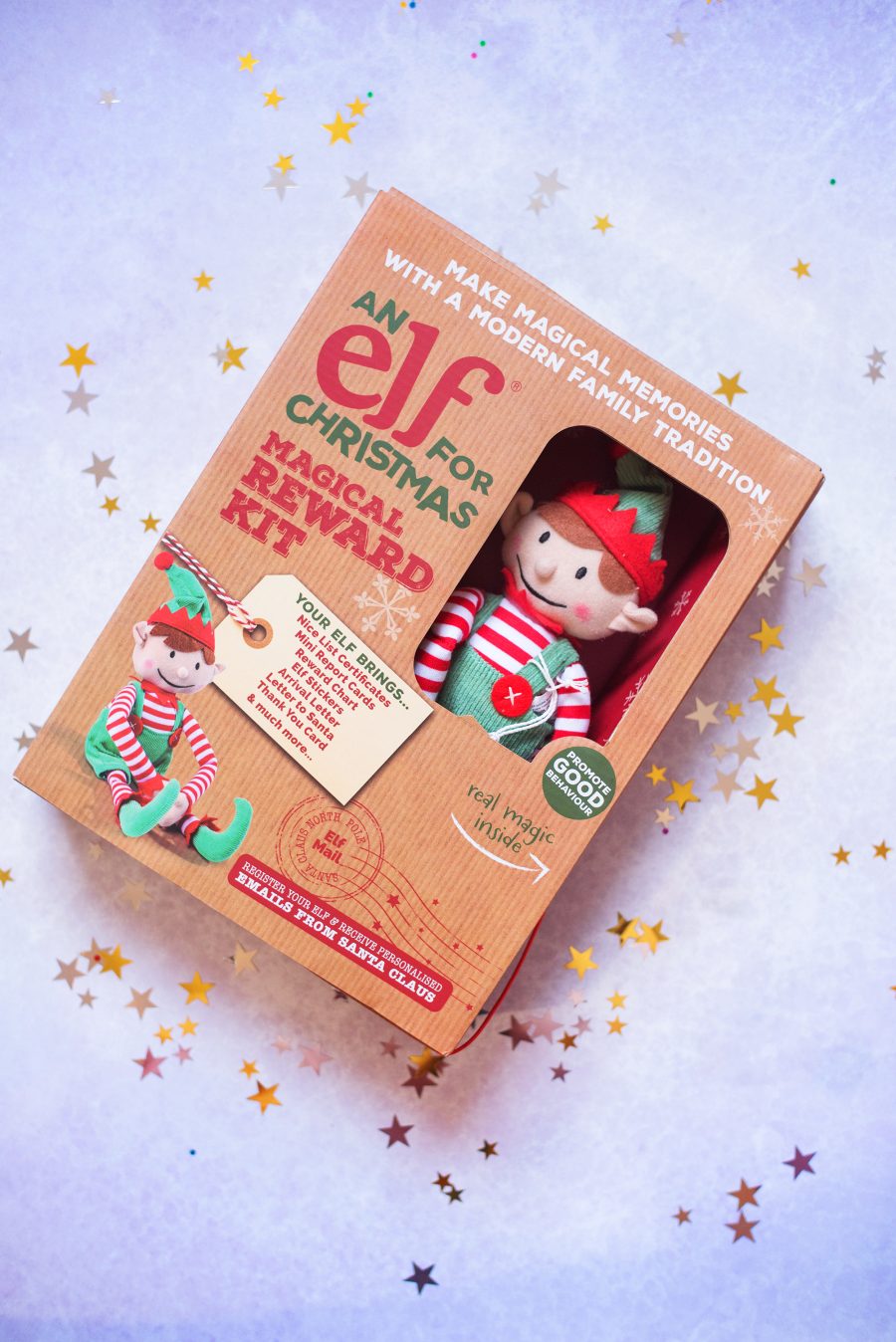 THEN I found Elf for Christmas.  They have quite a few different products in their range now – we featured the Elf Magical Reward Kit last year in a gift guide we posted, but our favourite product of all are the sets of 24 Advent Letters.  There are two sets now, so there’s no panic the following year that you have nothing to give them from their elf, or that you have to repeat the same letters over again.  I’m praying that they do this for at least the next 10 years. Haha. 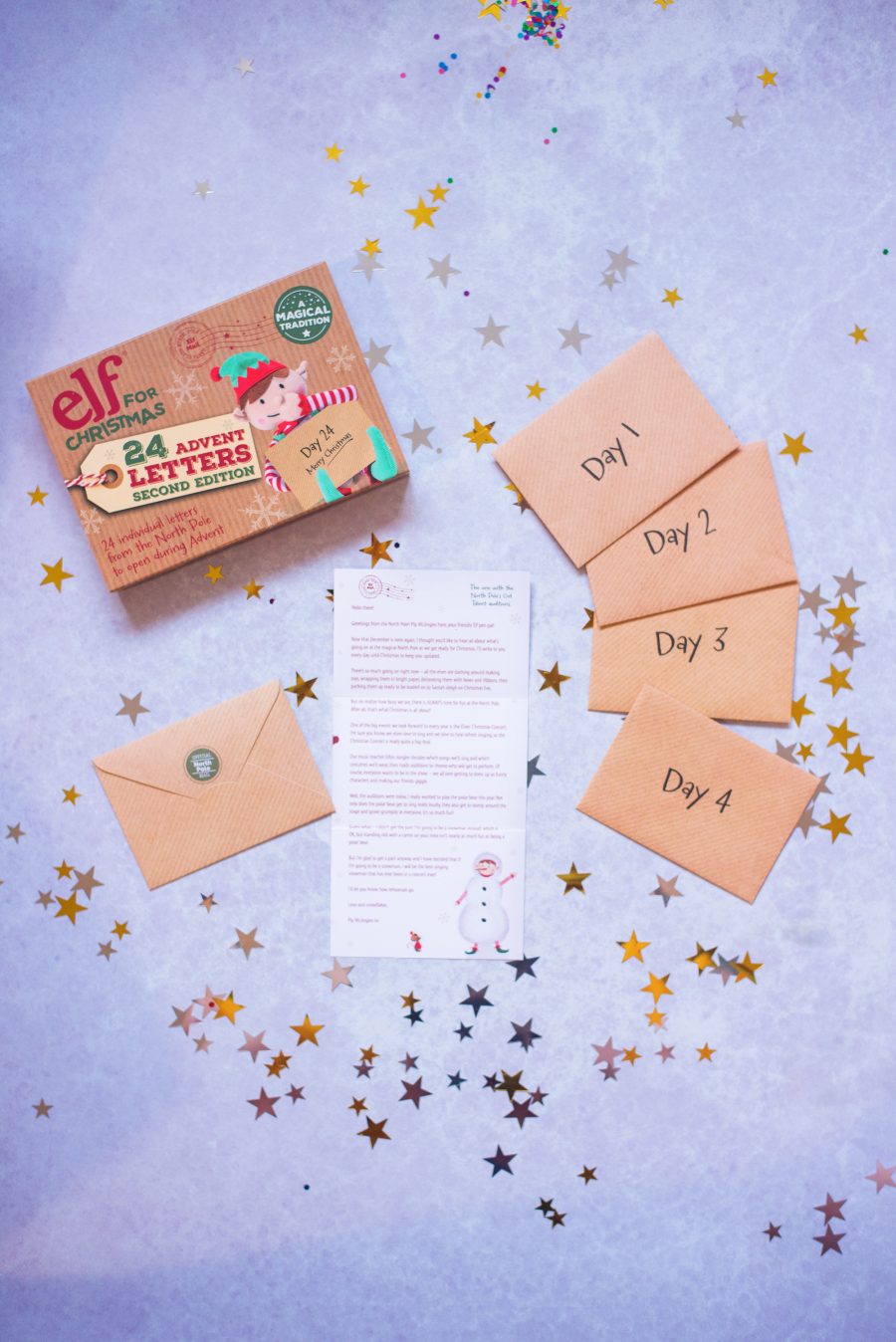 The little letters all come from Pup McJingles at the North Pole and he tells the tales of what the Elves and Father Christmas are getting up to as they prepare for Christmas.  Every morning Jensen would get so excited to first find the letter and then read it to his brothers to tell them what had been going on whilst they were asleep.  After Christmas I found all of the little letters piled up in a hiding spot under his bed.  He loved everything about them, and so do I.  They’re so magical and save SO much time and your sanity to boot.

This year we have the new Magical Elf Door which I know the boys will love seeing in action.  If you’ve been following us through Christmas on any year, you’ll know that our elves arrive in their North Pole Portal.  Like Dr. Who Elves, if you will.  They arrive on the step on December 1st and then the boys play with the magic portal, a bit like the wardrobe to Narnia, until January.  However, I know that they are going to get so excited about this new door that they can see in action on a daily and nightly basis because it’s just like their Leprechaun door [Dublin arrives every March to be cheeky] but this one has a LIGHT inside it, so you can imagine the elves burning the night time oil and getting ready for Christmas.  it also comes with some super sweet little letters and stickers to announce elf news. 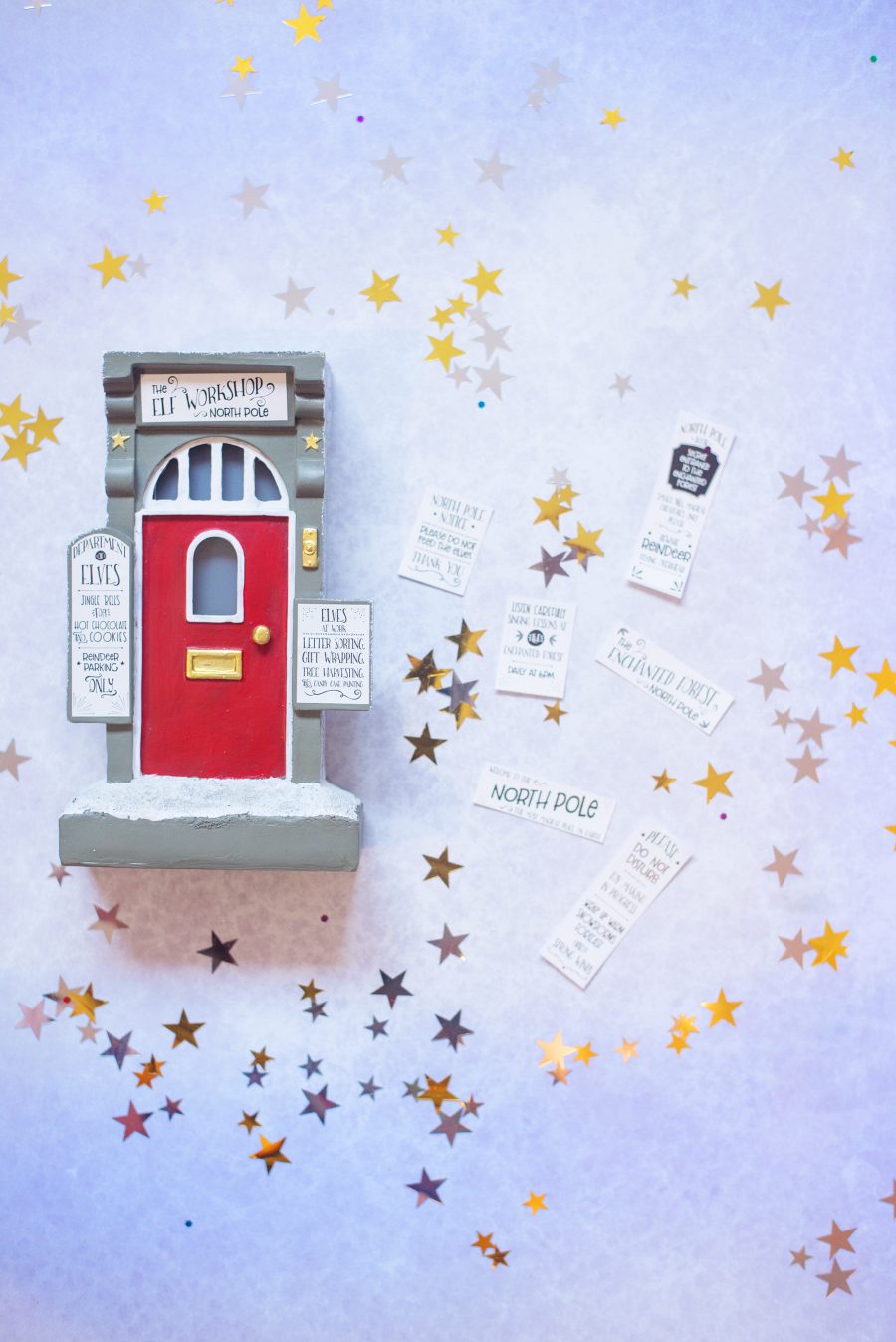 The Original Elf for Christmas Magical Reward Kit is a bumper pack of fun – there are nice list certificates, mini report cards, elf stickers and reward chart, and arrival letter and letter to father christmas and even more in the box, which includes your very own friendly, smiling elf too!  It’s a beautiful gift to give and comes with no restrictions like other elves.  You can hug him or her all you want! 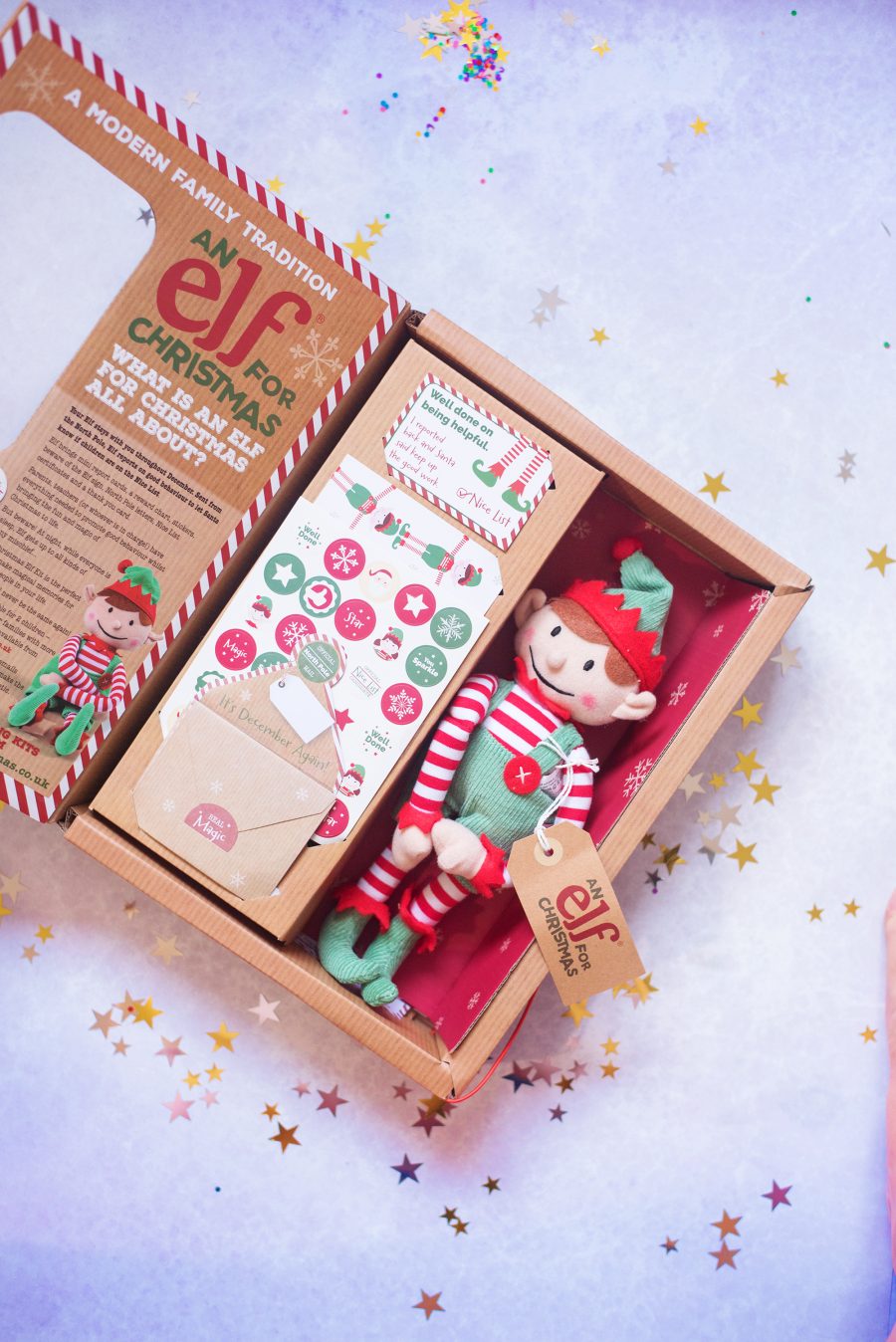 So if yo’re after a little more Christmas magic this year, have a look for An Elf for Christmas.  It’s made Advent and Christmas holiday mornings so much more fun!

We were sent this year’s An Elf for Christmas items in exchange for this review.

CHRISTMAS GIFT GUIDE FOR HER 2018

A LOOK AT CHRISTMAS