SUBSCRIBE TO OUR NEWSLETTER FOR SIX SECRETS TO AN EGG-CEPTIONALLY FUN EASTERTIME AT HOME!
You are here: Home / GAMES AND TOYS / SUPERZINGS SERIES 2: RIVALS OF KABOOM! [TEST DRIVE TUESDAY] 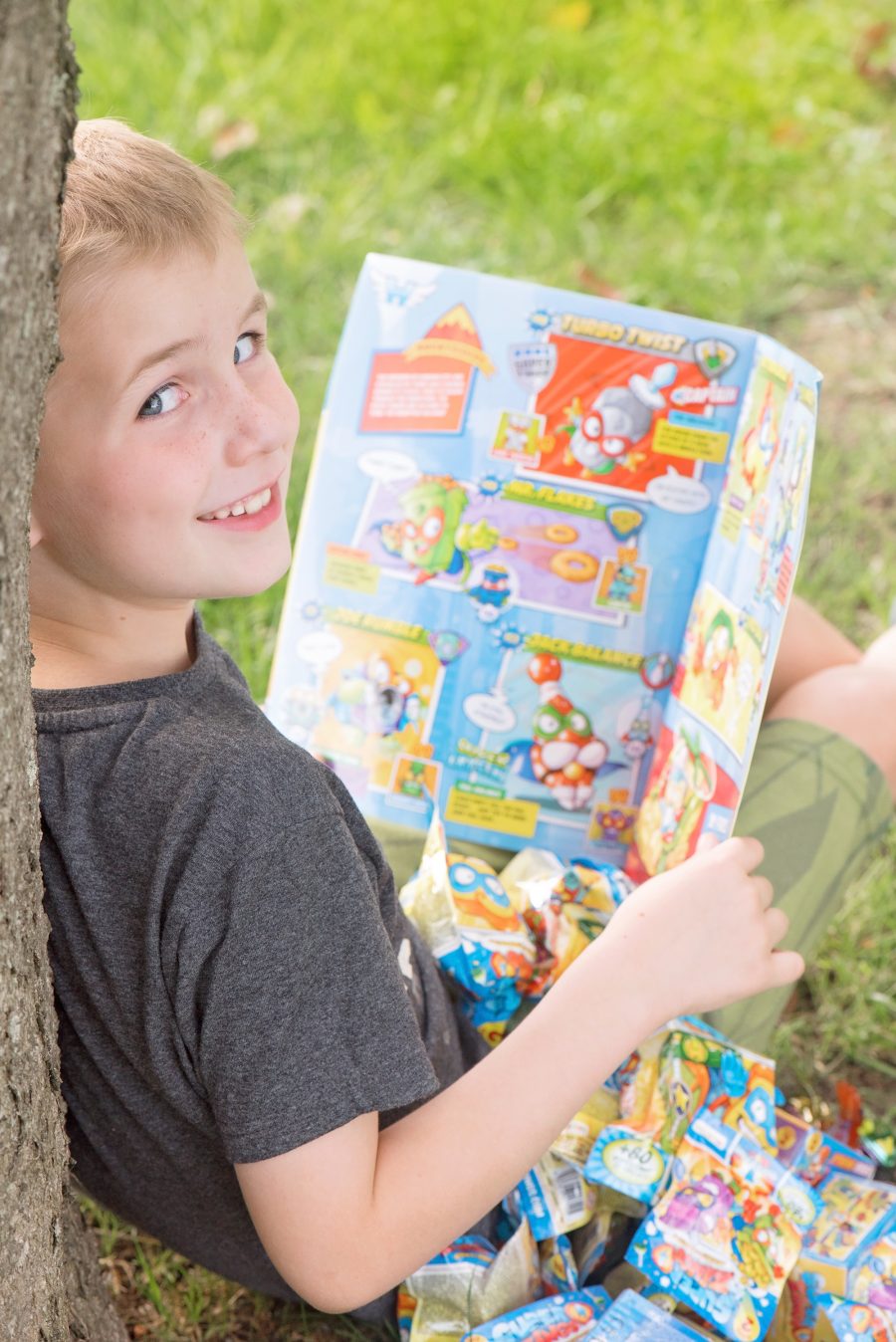 It’s Test Drive Tuesday again and the boys were honestly quite desperate for Tuesday to come around – and even more so as it was their first day back at school after the holidays.  It’s so odd having such a quiet house now for two hours a day and although I do love two hours to myself to get something [anything!] done, I still absolutely hate school runs. Well, not so much the runs themselves but the standing on the playground waiting for them to come out and trying to be sociable.  Anyhow…

This week we’ve been sent the ALL NEW Superzings Series 2: Rivals of Kaboom, and like most toys when they arrive to be reviewed, the boys have heard about them and already seem to know everything there is to know about them before we even open the parcels.  So, I’m reliably told [in a very serious voice by Yotie] that in the Jones Family parcel today there are: 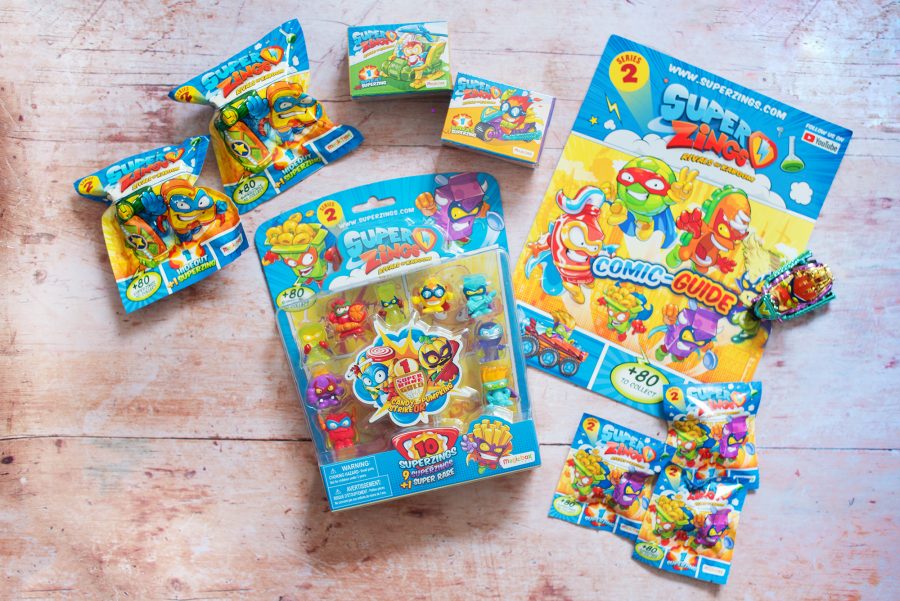 80 to collect, in the blind bags are one SuperZing and a leaflet listing the characters.

4 different vehicles to collect [helicopter, motorbike, speedboat or 4×4], each one in two different colors with a Superzing in the packet too.

There are new 8 secret hideouts [both Superhero and Supervillain ones as dicatated by the little logos] with a totally new design –  one of the packets has a super rare gold tower.

10 different SuperZings – including a gold one and 3 crystal ones! 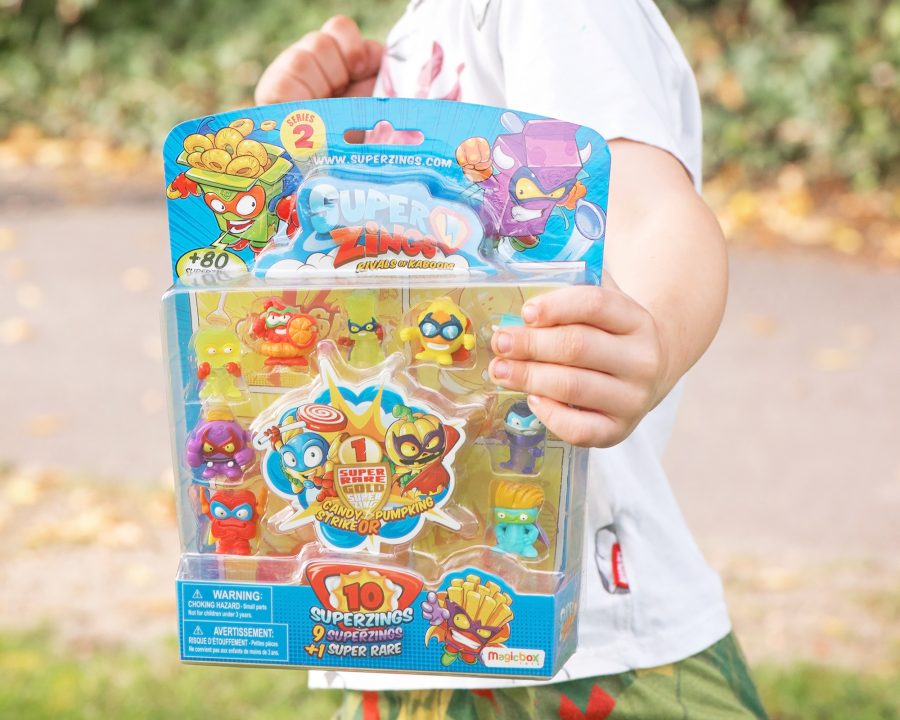 This is the best place to start – the comic promises to answer the question of what happened to the mysterious Enigma character from series 1! The story of Kaboom city continues in the new, 24-page album-guide. The Starter Pack also includes an exclusive metallic Superjet superblaster with superdiscs, the album-guide and 3 SuperZings.

We’ve seen these in Sainsbury’s supermarket by the comics and also in the Co-Op. 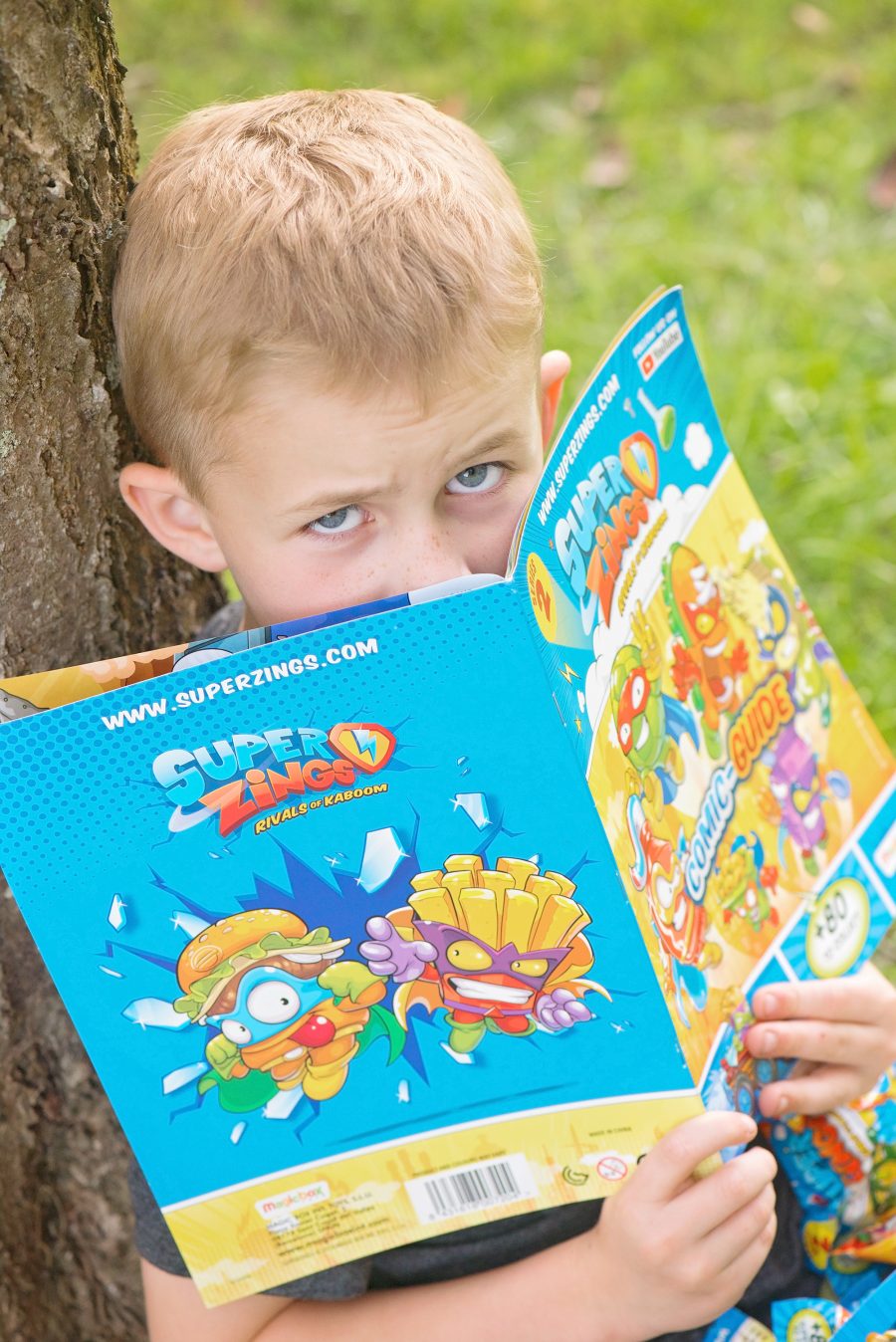 Superzings are little collectibles aimed at children aged 4-8, which is all of my boys.  In case you haven’t seen these yet, the SuperZings characters are daily objects transformed into Superheroes and Supervillains, and each character has a rival [mwahahahah]!  There are silver and gold figures, and the mysterious Professor K to find in the packs – there are 80 new little Superzing characters to collect!

The key character for series 2 is the extremely rare ‘Professor K’ – the inventor of ‘Krystaline’, a special substance that creates the SuperCrystal SuperZings. There are 24 ‘SuperCrystal’ characters to collect, a brand new finish kids will love to add to their collection. 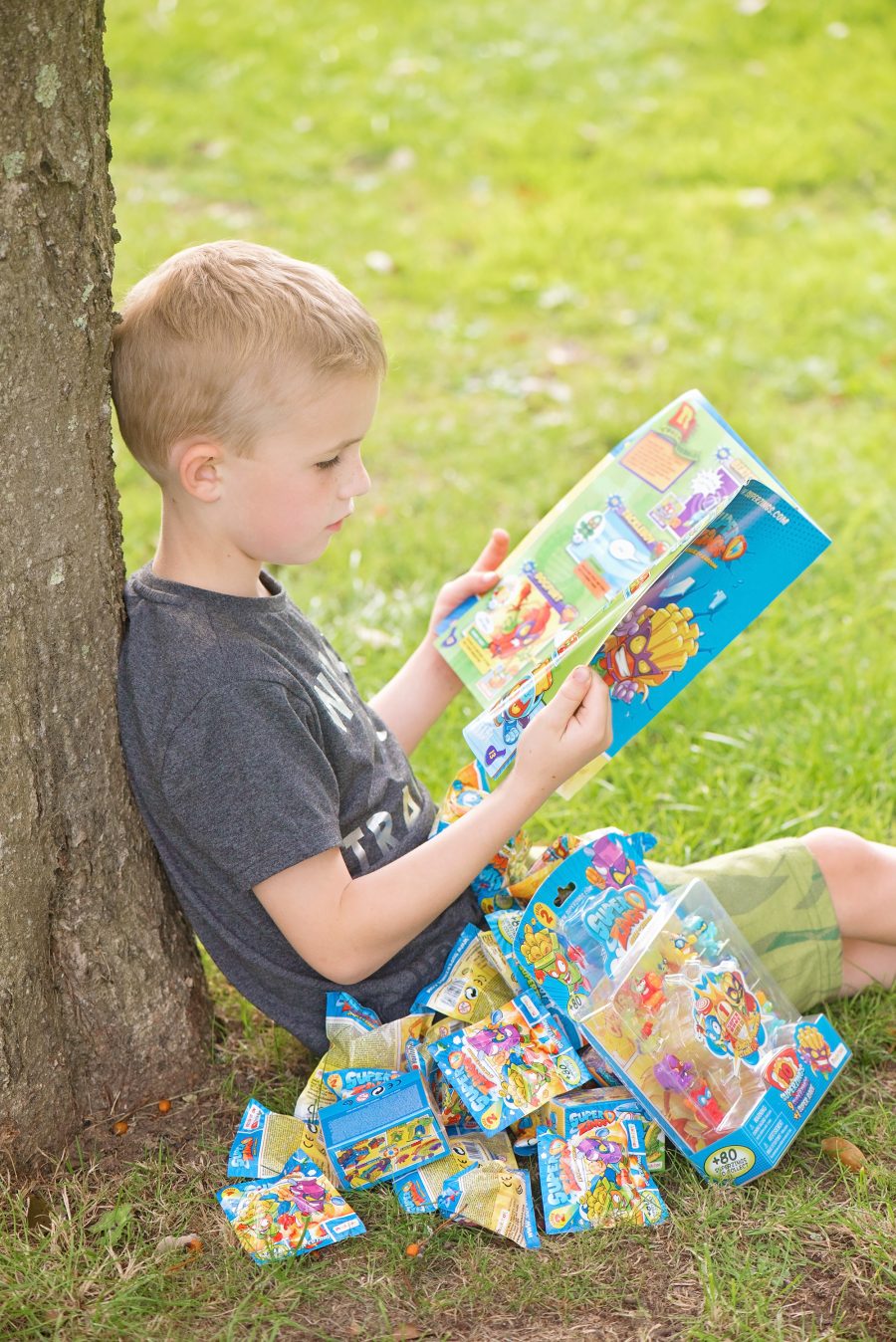 That they’re only 80p per blind bag, which means £2.40 after school in the local shop instead of £9 plus for three as seems to be the normal price range.  The bigger ones are still amazing value for money, and if you don’t want to risk a blind bag, there are boxed toys which you can see what you’re getting each time.  We like that.

There are new little playsets and finishes to the Superzings [my boys love a *RARE* collectible], and that they’re paired up, villain and hero.

That I can also use the little vehicles in  their sandwich lunches to hold snacks [don’t ask, but it’s cute and Hero loves his SuperZings lunches].

They don’t smell funny.  We have a saying in our home called “Stinker-Frog Smell” after a toy frog Jens bought when he was tiny made me physically vomit from the smell.  So anything that has that odour is out of our house.  There are no Stinker Frogs in SuperZings land.

Would we buy them?  If I didn’t have so many, we’d be buying them every shopping trip.  For now though, we’ve got enough to be getting on with, but they’re lots of fun and have ridiculous names that we all find hilarious.