SUBSCRIBE TO OUR NEWSLETTER FOR SIX SECRETS TO AN EGG-CEPTIONALLY FUN EASTERTIME AT HOME!
You are here: Home / GAMES AND TOYS / smART SKETCHER PROJECTOR [TEST DRIVE TUESDAY] 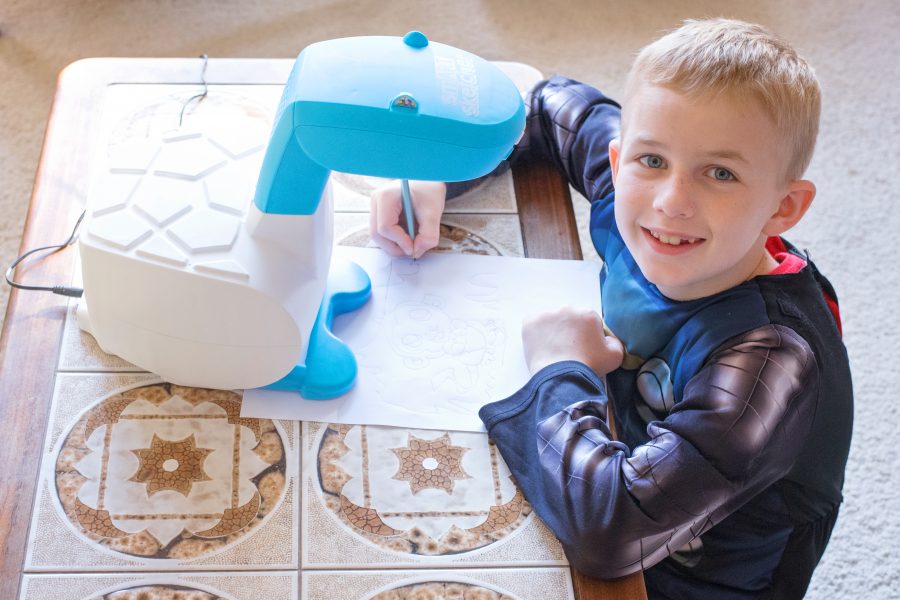 Since he could hold a pencil, Jens has loved to draw.  His memory box is stuffed with his creations and illustrations but at times he gets frustrated when a sketch doesn’t turn out the way he hoped – or if one of his brothers doesn’t recognise who he’s drawing instantly [the boys are harsh critics]. This week we’ve been sent the smART Sketcher Projector – a toy which has given him huge confidence and left him with a brother-filled queue requesting different characters for them to colour in.

We have the smART Sketcher Projector here – and this weekend we took it to Uncle Garth’s and Aunt Ginny’s, the very-super-talented animators behind Persistent Peril, to see what they thought too.

I left it to the boys to unbox as anything that has a plug instantly freaks me out, as it surely must be complicated.

Five minutes later, Jens had set it up and plugged it in and left me feeling sheepish.  There’s apparently an app to download, which will take you through how to set everything up, step by step.  I don’t think that they used it, but it was set up perfectly well anyhow. 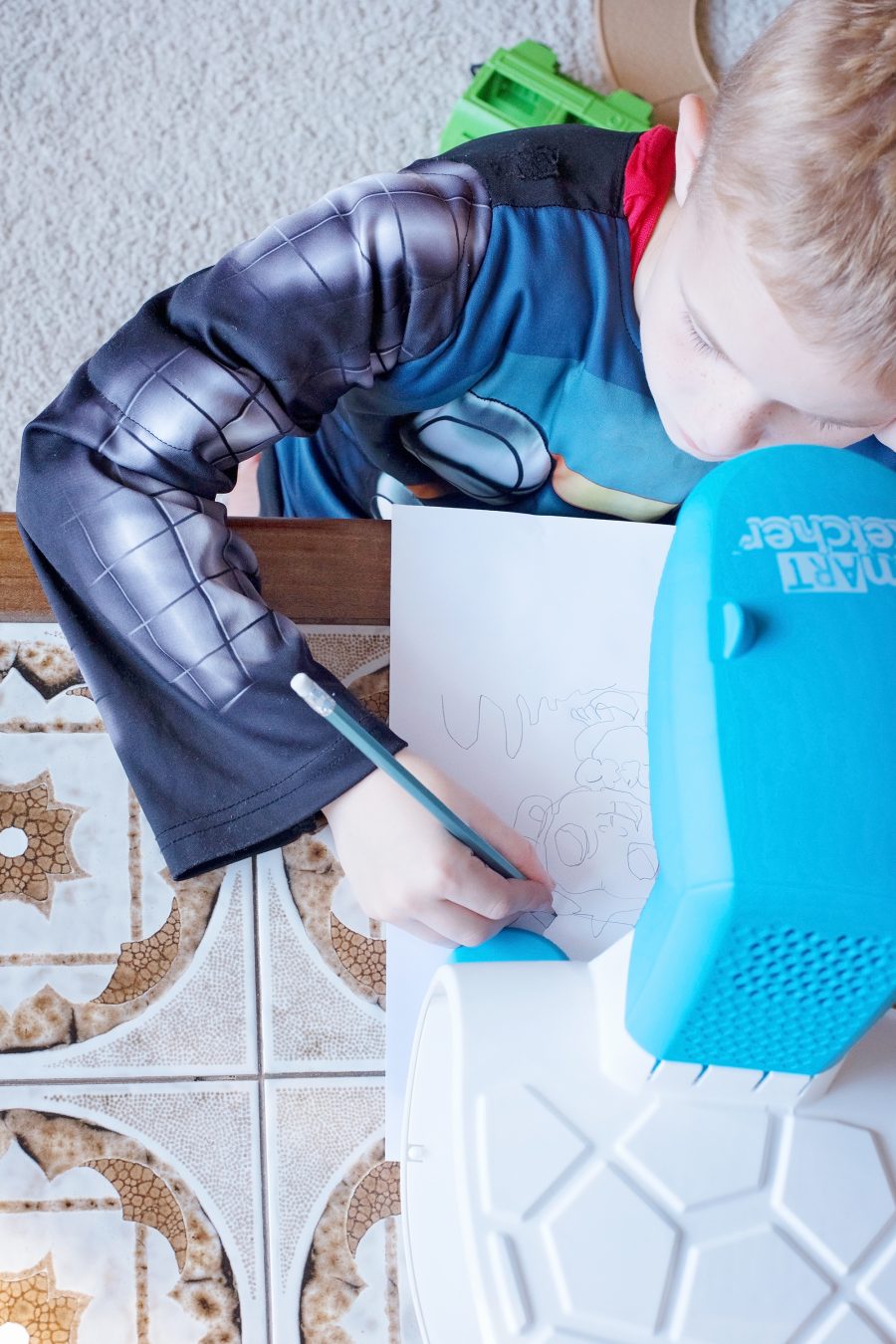 Alongside the smART Sketcher Projector is a memory card which contains images ready for projection, or you can download some using the app.  The app also contains software for turning photographs into traceable images too, which the boys loved.

That the machine is so easy to set up and use.  I volunteer for reviews and then am terrified when something complicated looking comes along, but this was amazingly easy to get started with despite my fears!

That it can be battery operated – which means you can take it anywhere to use, even outdoors which Jens loves to do.

It’s easy to cycle through the different images with the big buttons on the front head part of the projector until you’ve found what you want to draw!

That the little feet at the front of the projector keep the paper in place.  Jens is very strict about making sure things are lined up properly.

That you can take pictures of each other and have them turned into drawings to trace.  This has made the boys so proud of their creations of each other!

How it can also be used to support handwriting and letter formation – we’re going to try this with the boys when they’ve gotten over the initial MUST DRAW EVERYTHING phase. Haha.

That the cable was a bit longer – it’s a very odd length that doesn’t seem quite long enough for anything but a sideboard.

We were sent the smART Sketcher Projects to review – all opinions are our own and genuine.