Today we’re playing with Mix-Up Clay.  Despite the horror-stricken looks I get from fellow parents on the playground, we are proud to say that we have never banned modeling clay of any kind in our home.  I’ve had more rugs than I can remember, it’s true – but the boys do love PlayDoh and all of the contraptions that go along with it.

However, whereas Hero is delighted to squash his creations at the end of playing, Jens and Yotie are at the age when they want to keep everything they make – and with PlayDoh that’s not possible.

This week we were offered a the solution: Mix-Up Clay, an air drying substance which is tinted by hand.  The boys little eyes sparkled as I got it out.  In this little packet are four colours for mixing with the clay, and the clay itself. 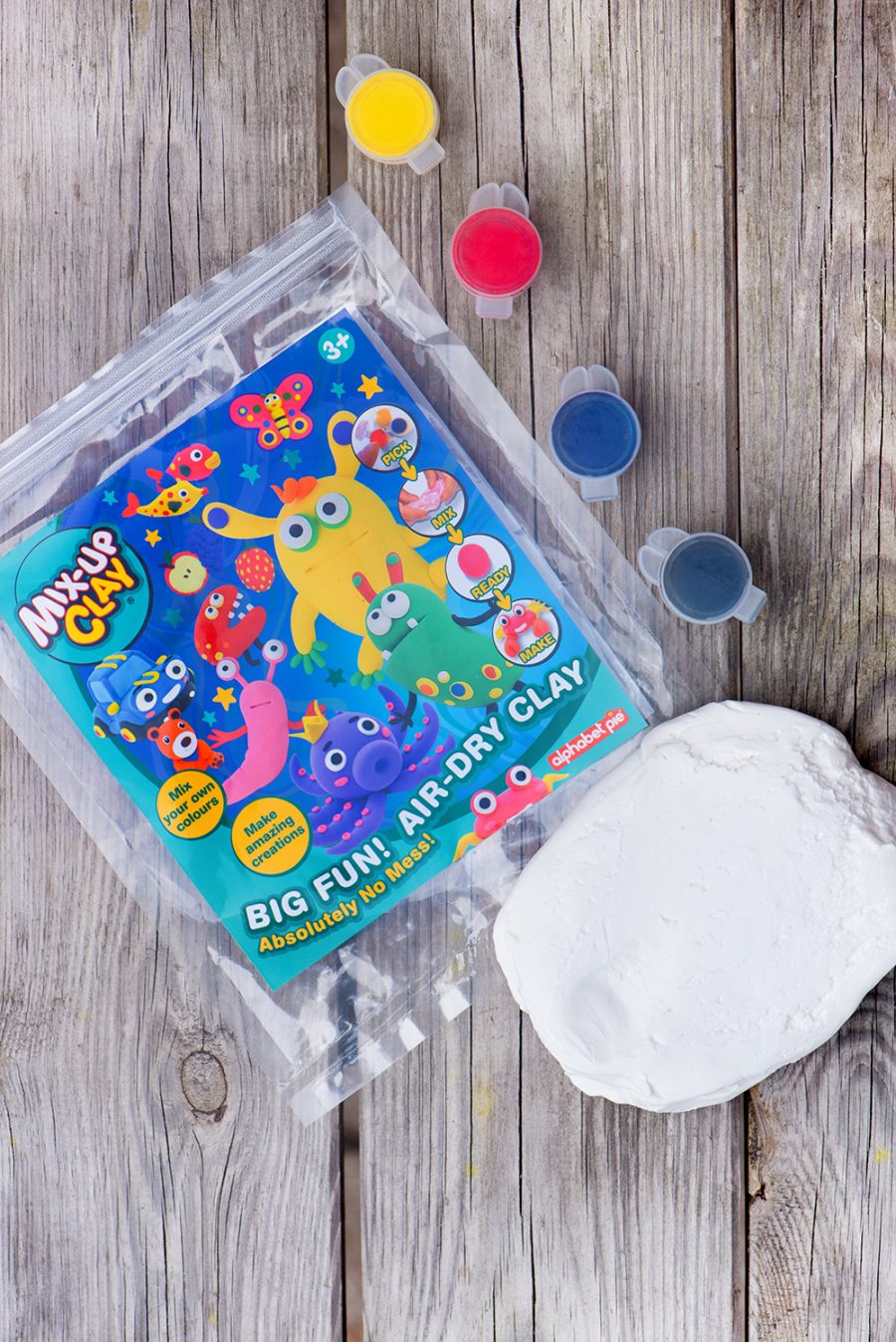 Then, as they got all excited about making some little things that they could keep as ornaments instead of me squishing them into the pots again and ruining all of their hard work, I beat a hasty retreat and headed off to Facebook’s partner centre to have some Instagram lessons from them with Johnson & Johnson. Haha.

The next day, I returned to these beautiful creations – and the boys told me that not only did the colours not stain their hands, that it was really easy to use and they just loved it.  The clay went much further than I imagined and the pieces are still together with no bits falling off a week later.  For a rainy day, it’s brilliant and we’ll be stocking up on it for this Autumn! 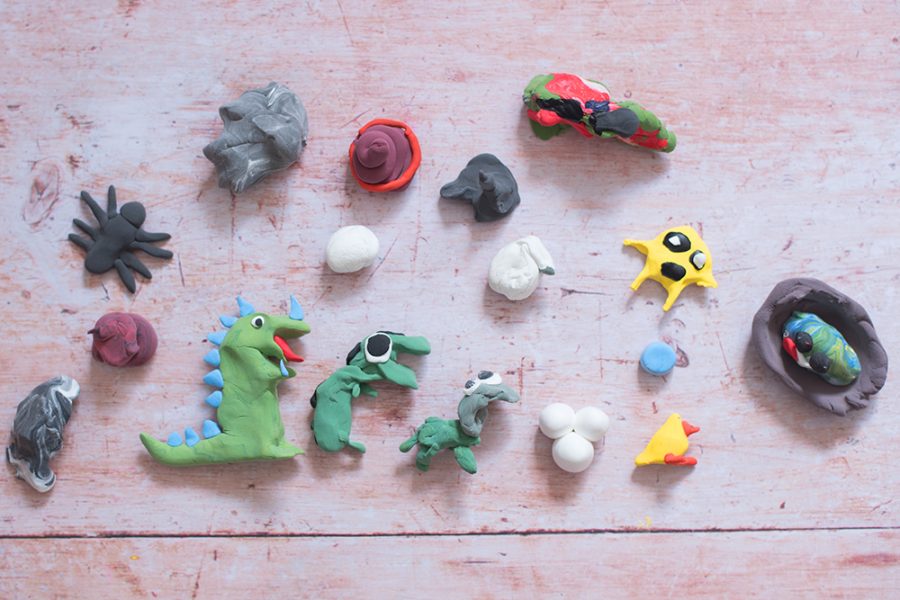