SUBSCRIBE TO OUR NEWSLETTER FOR SIX SECRETS TO AN EGG-CEPTIONALLY FUN EASTERTIME AT HOME!
You are here: Home / LIFE WITH BOYS / SUMMER HOLIDAY WEEKENDS: BOURNEMOUTH BEACH

Who knew we were going to actually have a summer this year?!  It’s been such beautiful sunshine that we decided to head to a beach that embarrassingly we haven’t been to before; Bournemouth.  It’s about 45 minutes away by train which is the best way to travel as there’s not much room for parking there, but I’d somehow thought that the beach we usually visit at Christchurch was all there was to Bournemouth Beach!  It wasn’t. Ha ha.  Bournemouth was MUCH more fun. 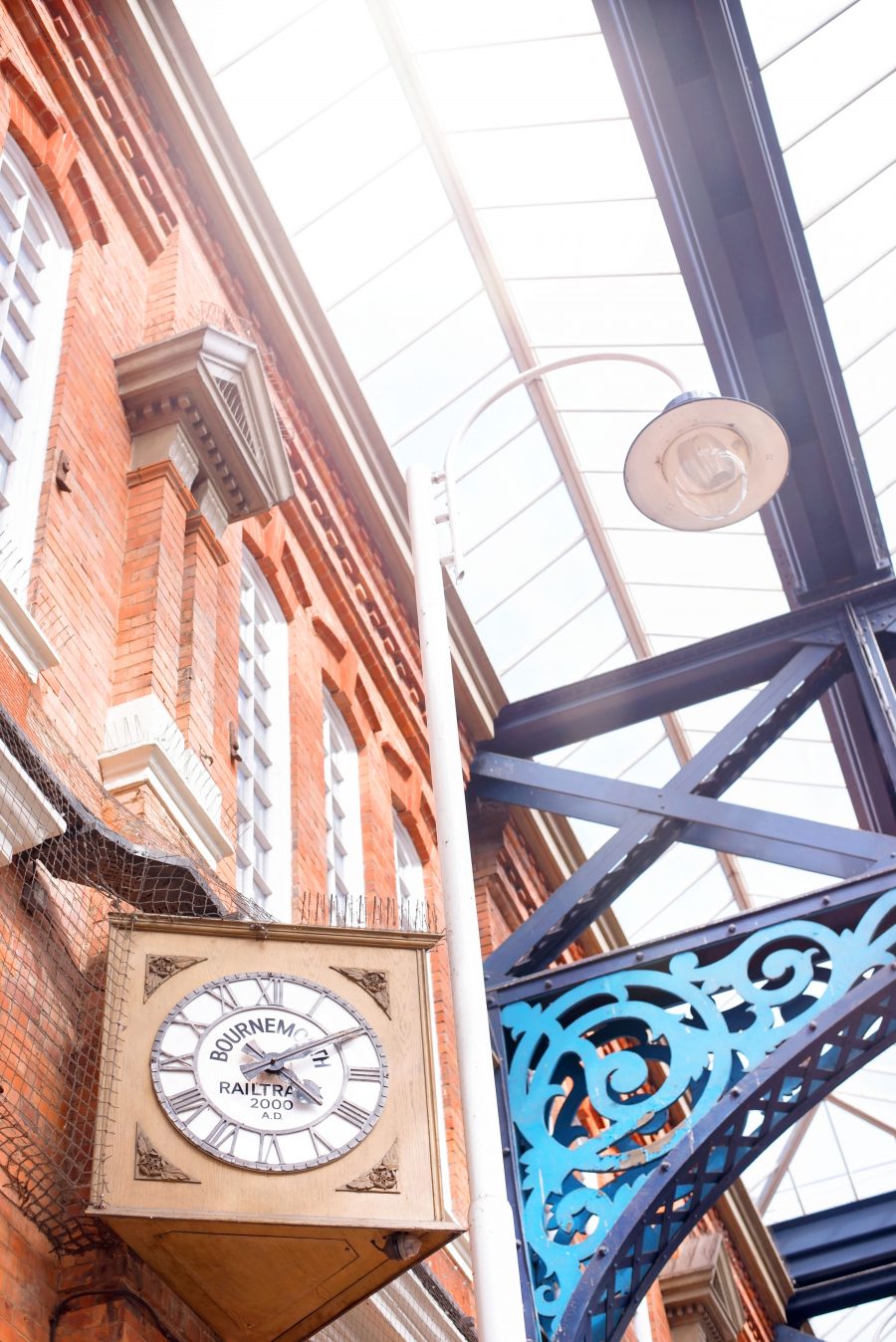 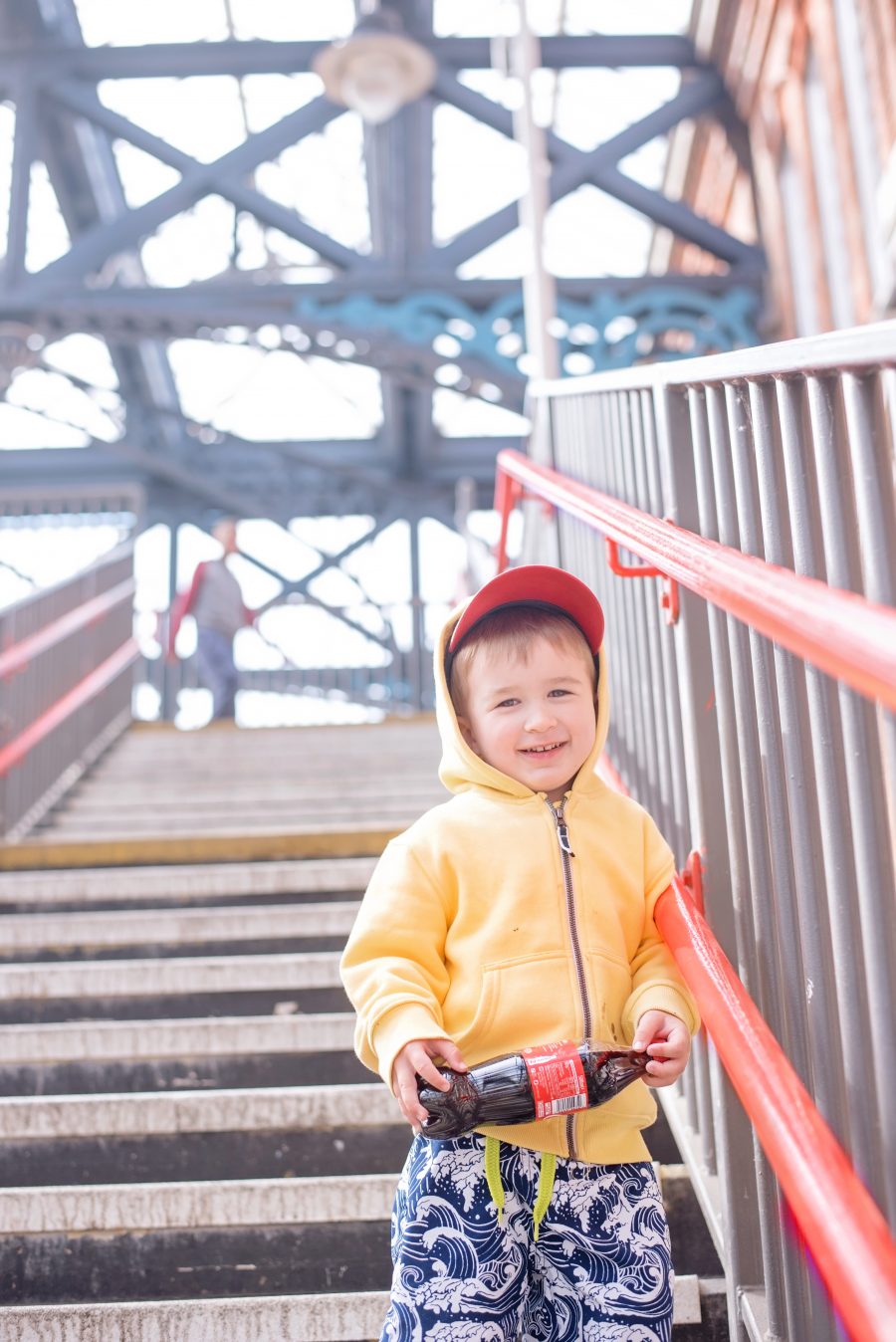 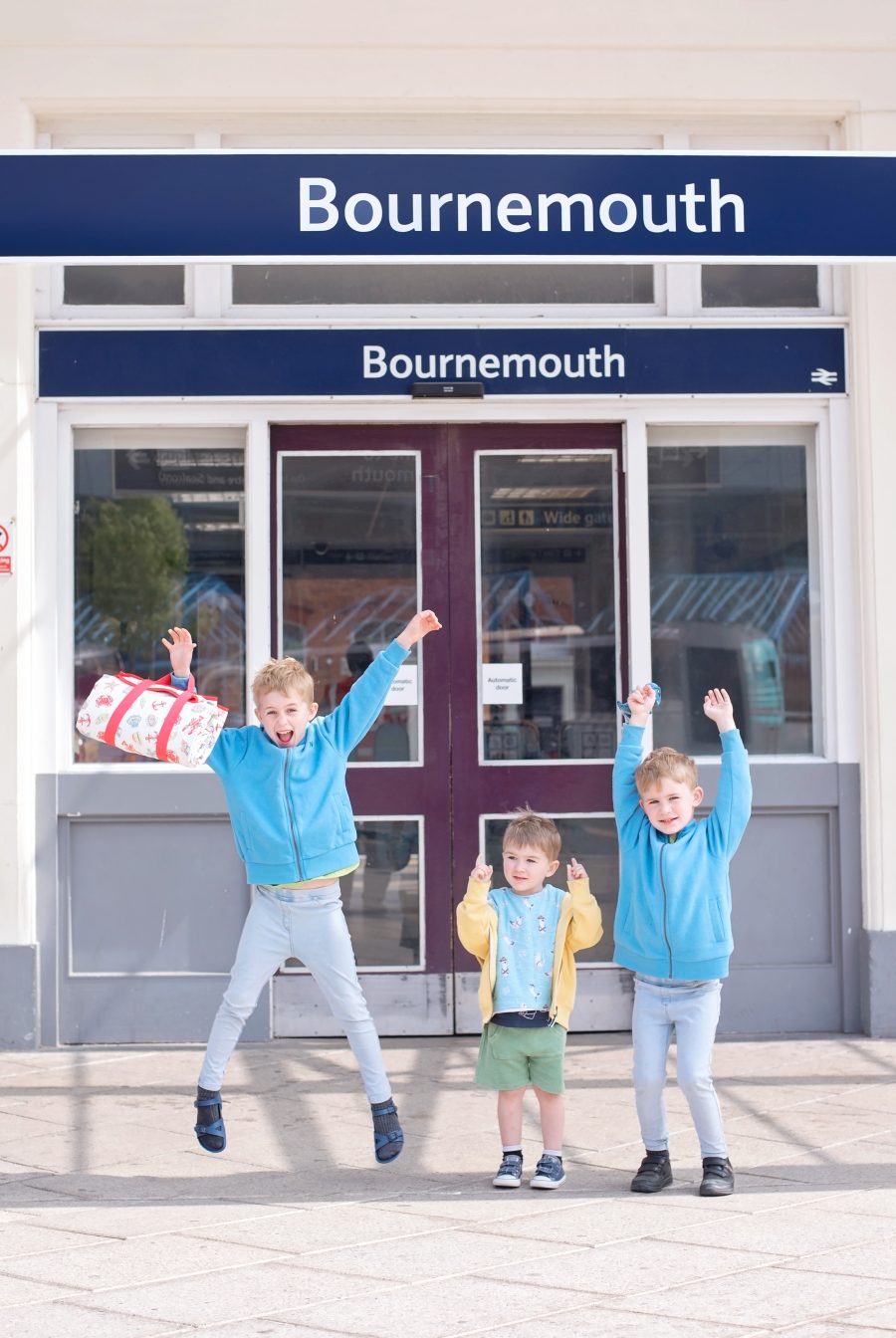 When we arrived I had to read the map to see just where the beach was [20 minutes’ walk it said on the guide] and we took off with our picnic basket in search of sea air. 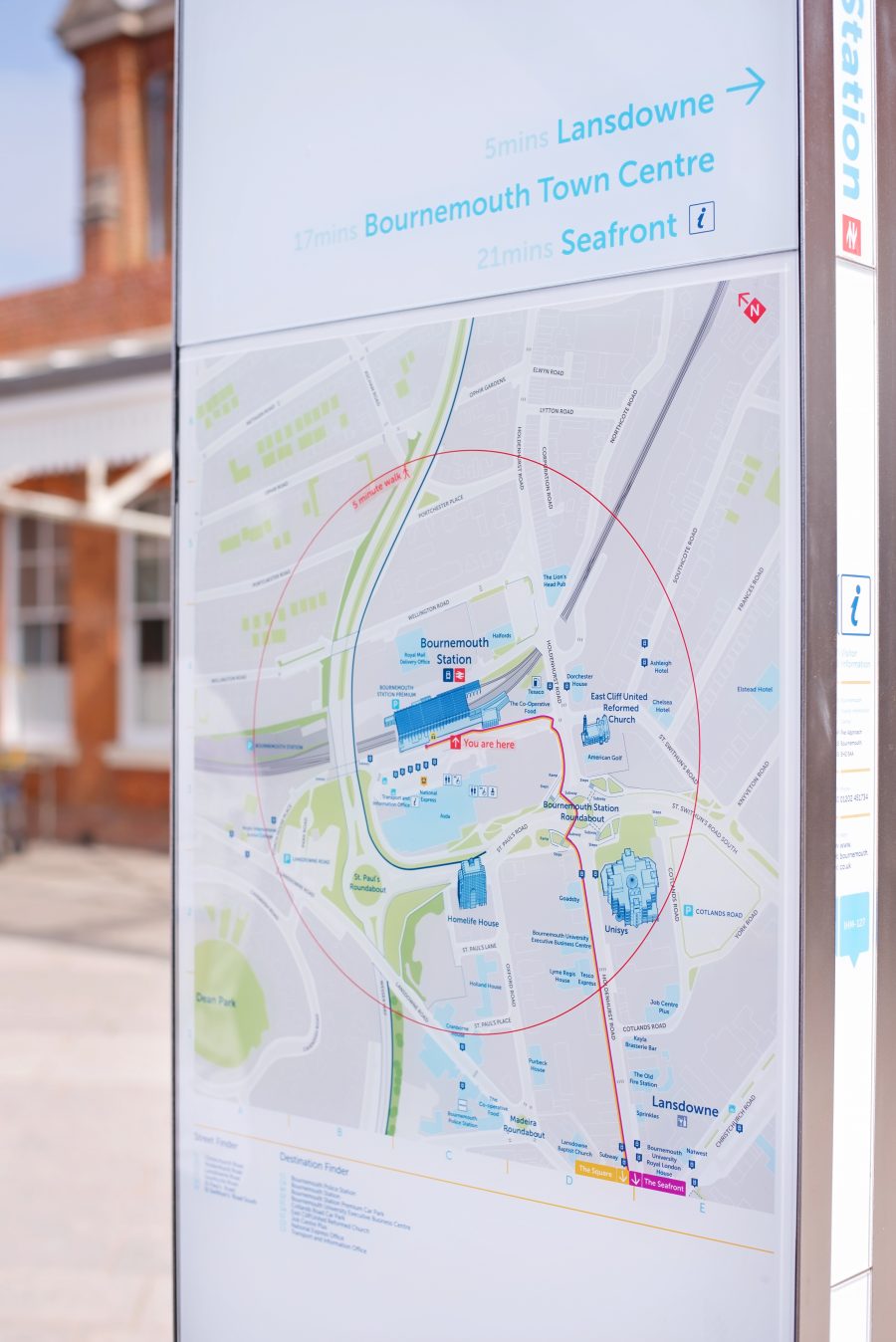 They had fun wandering through the underpasses and following the signs to the seafront.  I was suspicious of the 20 minute claim, especially with three little boys – but we did arrive within 20 minutes at the seafront! 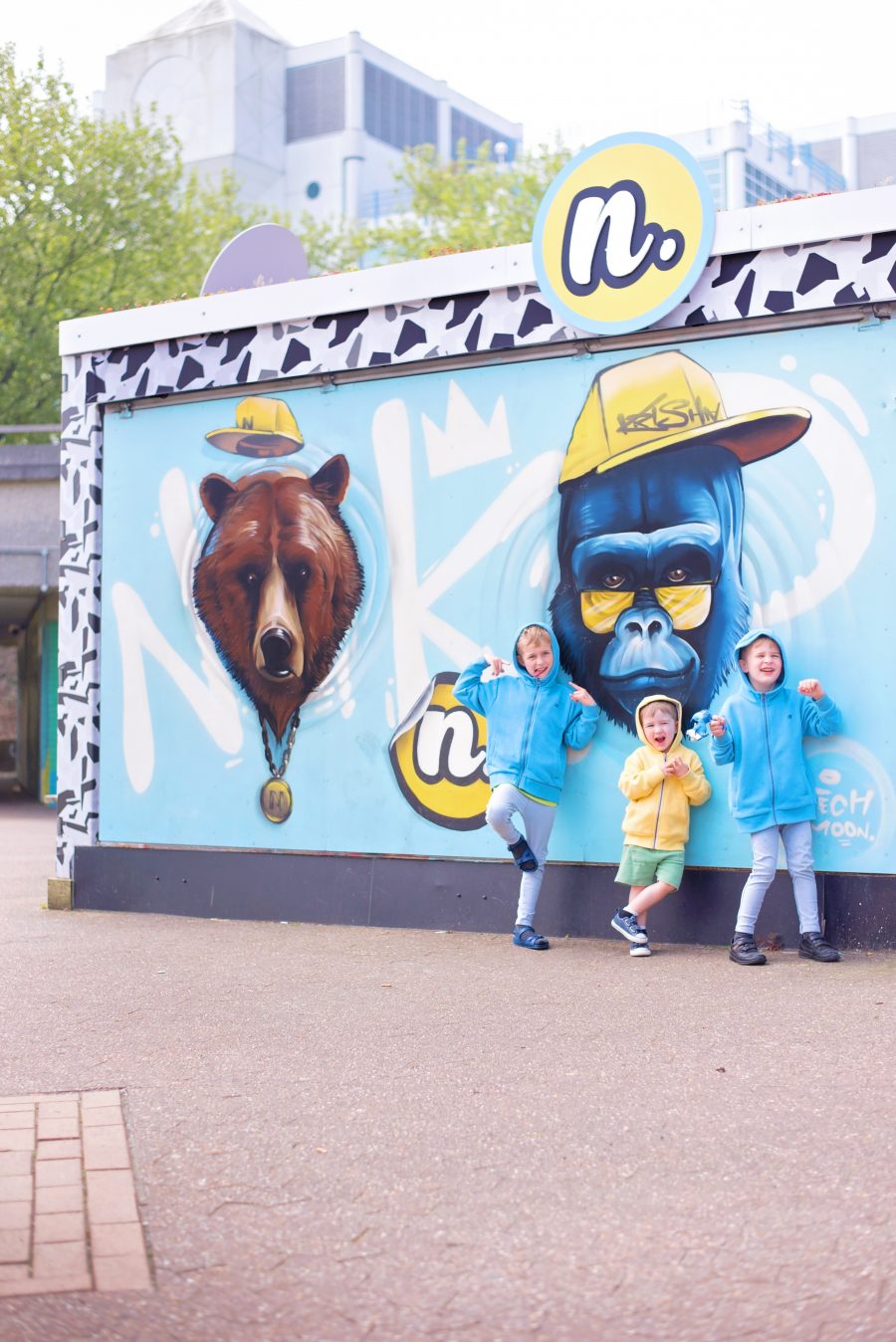 We finally arrived at the REAL Bournemouth Beach, and I felt like a complete idiot.  We weren’t just at the beach, we were at the seaside.  The boys were excited and we headed to the sand to see what there was to do for the day.  There were people EVERYWHERE and I wished right there and then I’d packed beach toys, floaties, and a BBQ. Haha.  The boys found a giant ice cream though so they were happy at least. 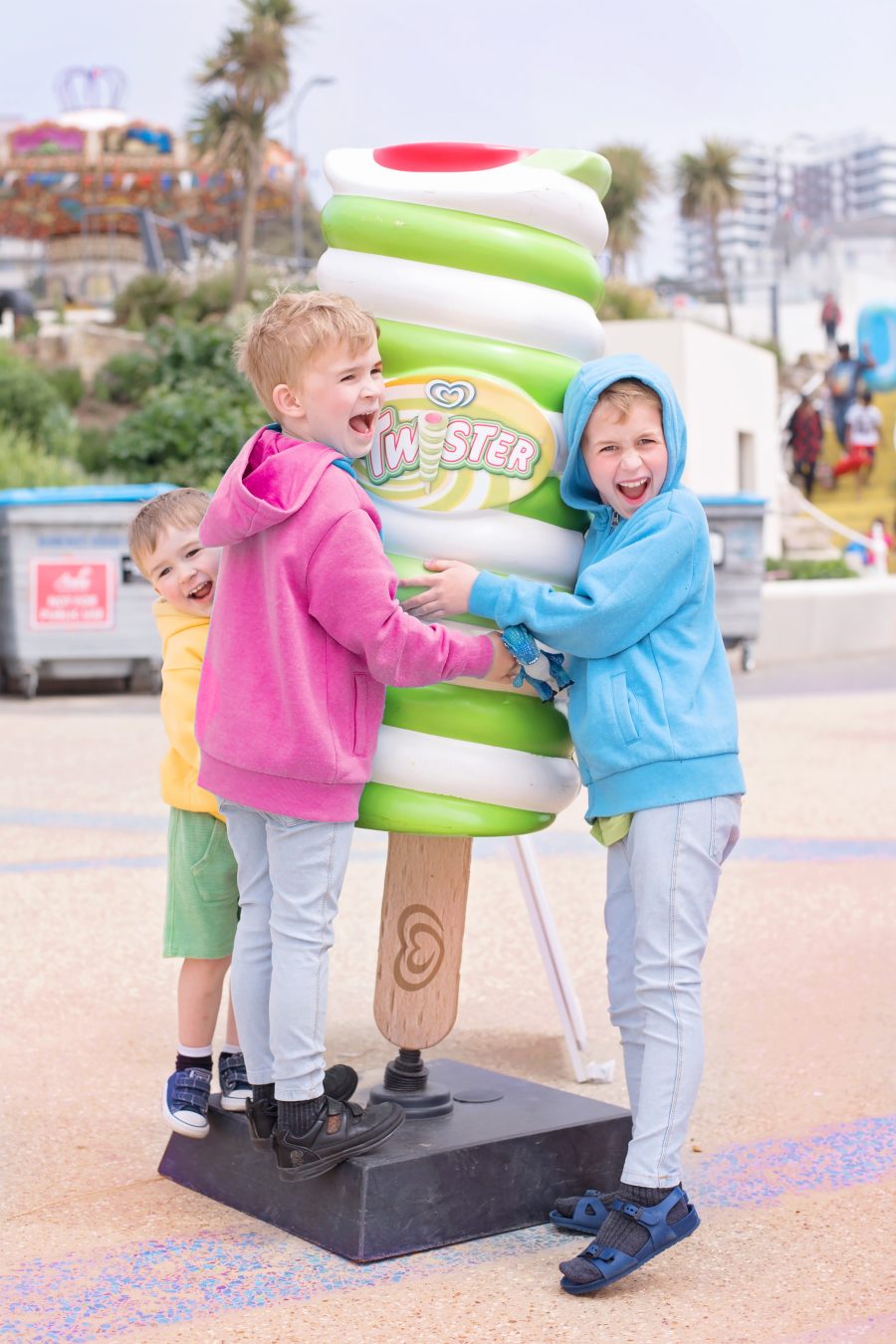 There was also the cutest vintage looking funfair complete with Helter Skelter [which I love the look of, and it screams Disney Boardwalk to me, but I will never, EVERRR let my boys on because I’m terrified of them falling off the side and plummeting to their doom].  So instead, in Mary Popping STyle [and yes, we do sing Chim Chiminee as we go around] Hero and I rode the carousel whilst Jens and Yotie took Gav to the arcades to play Luigi’s Haunted Mansion [a favourite from Butlins] and then we went on the Bournemouth equivalent of the London Eye.  I was completely terrified all of the way around, but it was AMAZING to see Bournemouth from way up high.  I will never, ever love big wheels.  Ever. 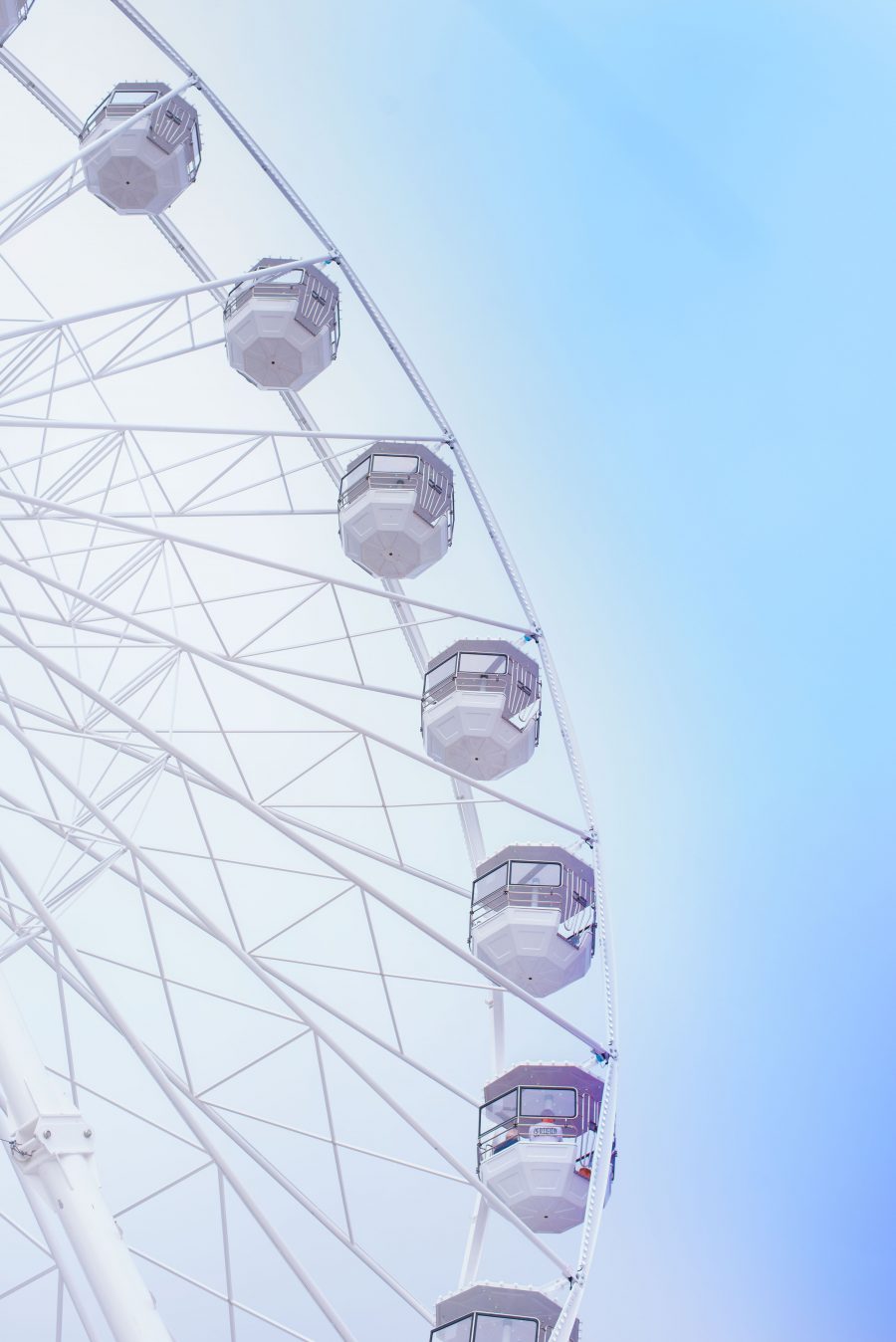 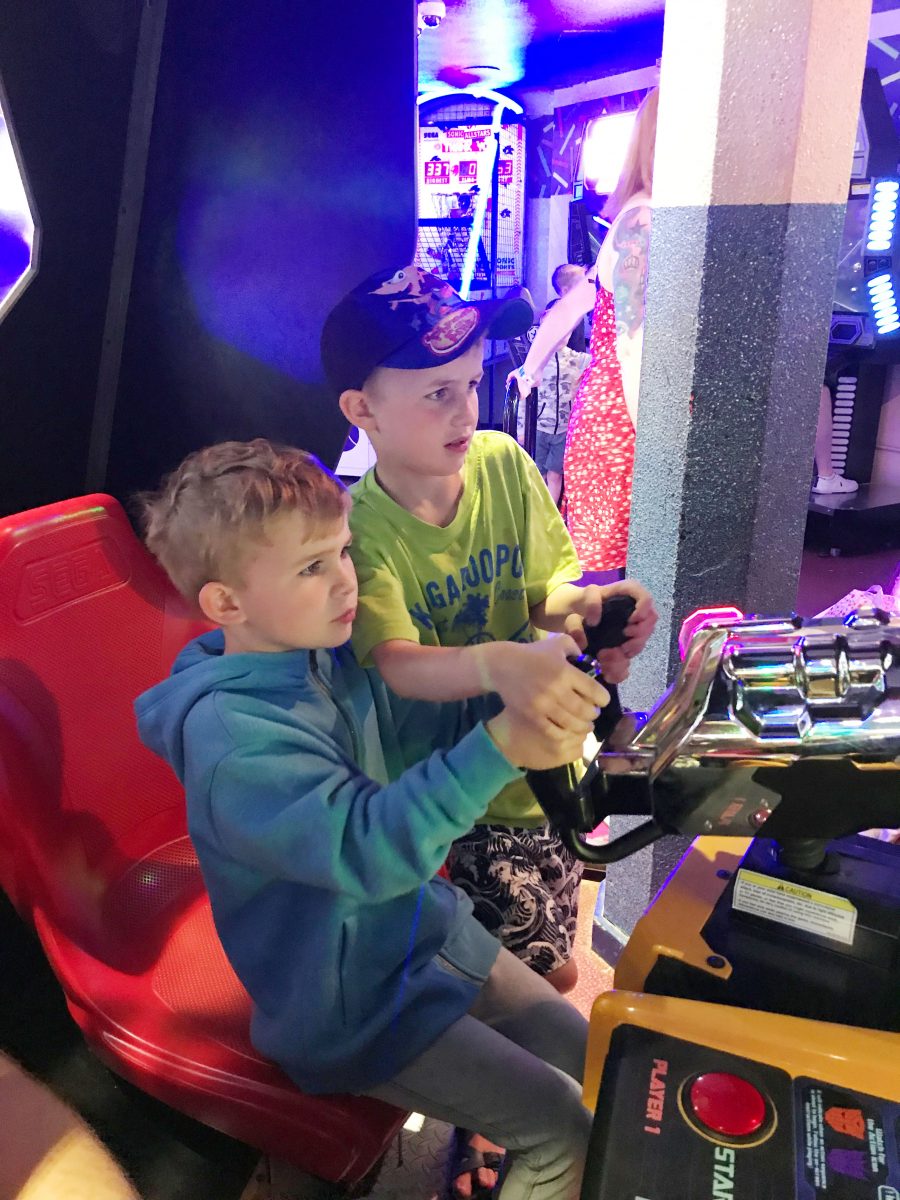 The carousel was much better than the arcade.  Ha ha.  I have a huge love of any carousel with horses on them.  Lucky for me the boys are still small enough that I don’t need to look like an oddball taking photos of them and riding them. 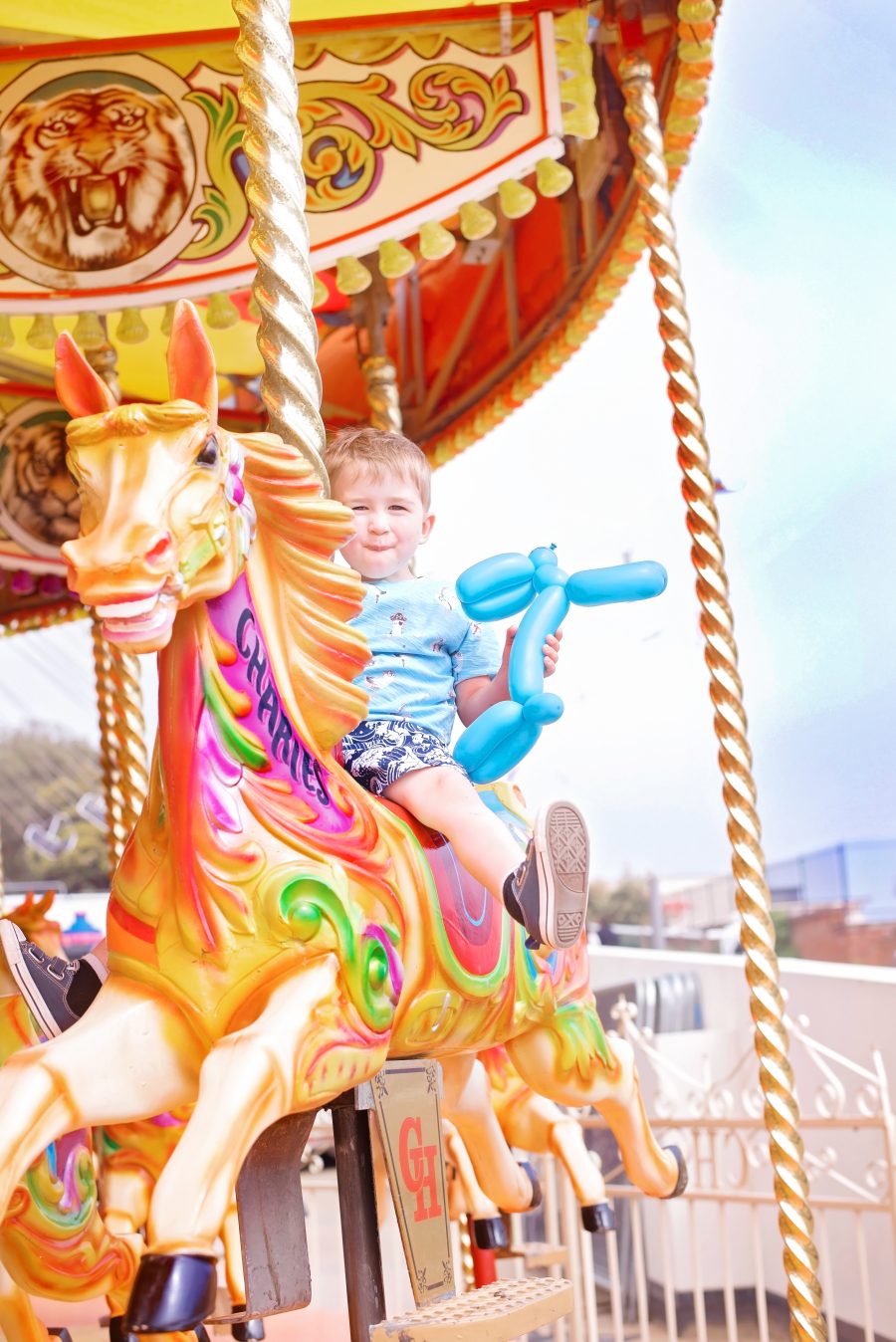 Another favourite of the boys at the funfair [and every.single.pier] that we visit which has these boards.  They have no idea about the jokes thankfully but they love seeing their faces on other bodies.  They will pose behind EVERY one they can find.  They work together so that each of them gets a chance to pop through whilst I’m whistling and shouting where I’m photographing them from to get them all to look the same way before they collapse. 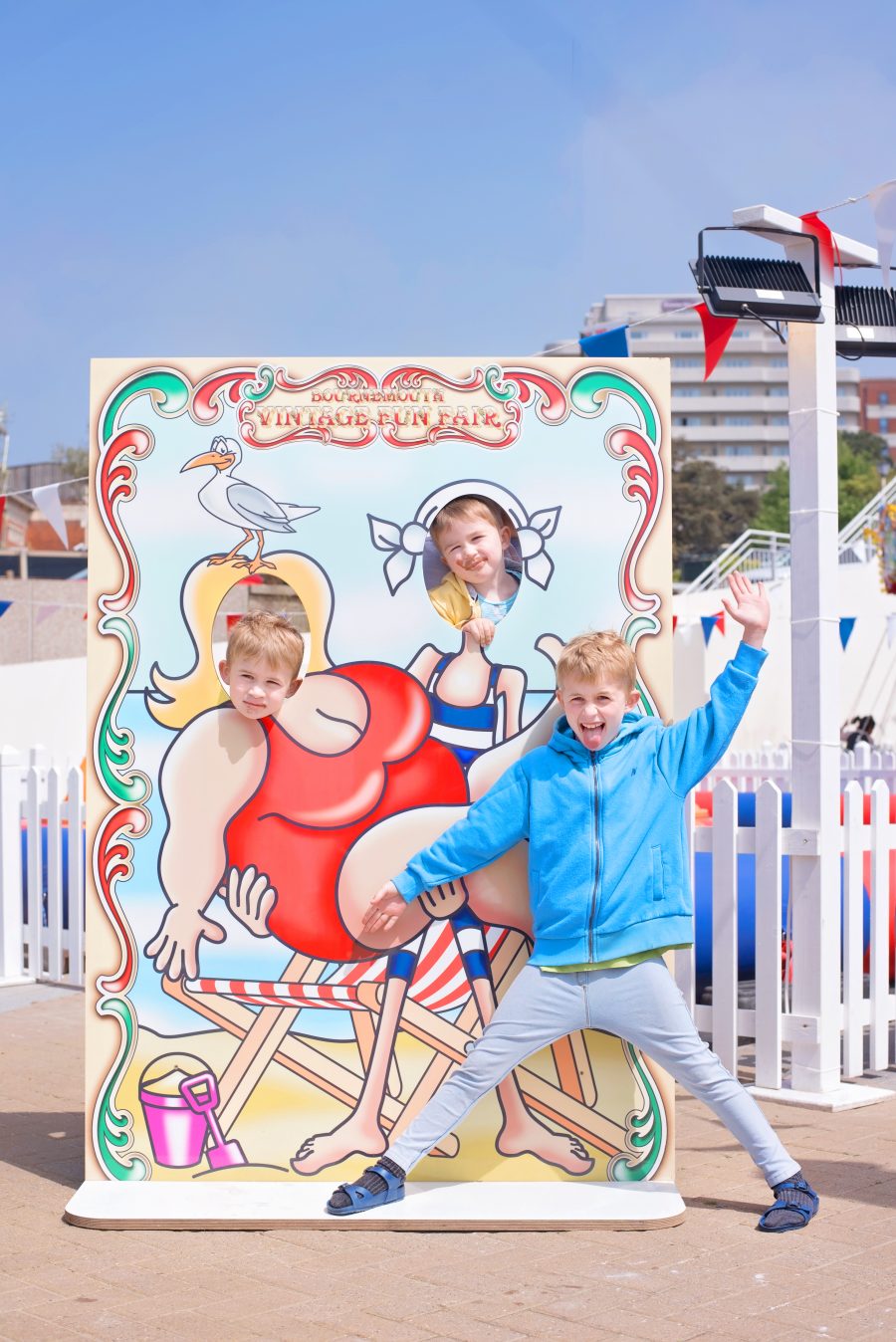 We found the most impressive surfboard wall attached to a restaurant on Bournemouth promenade.  I think it was one of the main attractions for everyone under 10 years old.  The boys need a few more surfing lessons I’m thinking.  The posing wasn’t really Beach Boy perfect, but they loved the shark and skeletons.  Now they want to know if we can make one of these at home. I mean, sure, why not, huh? 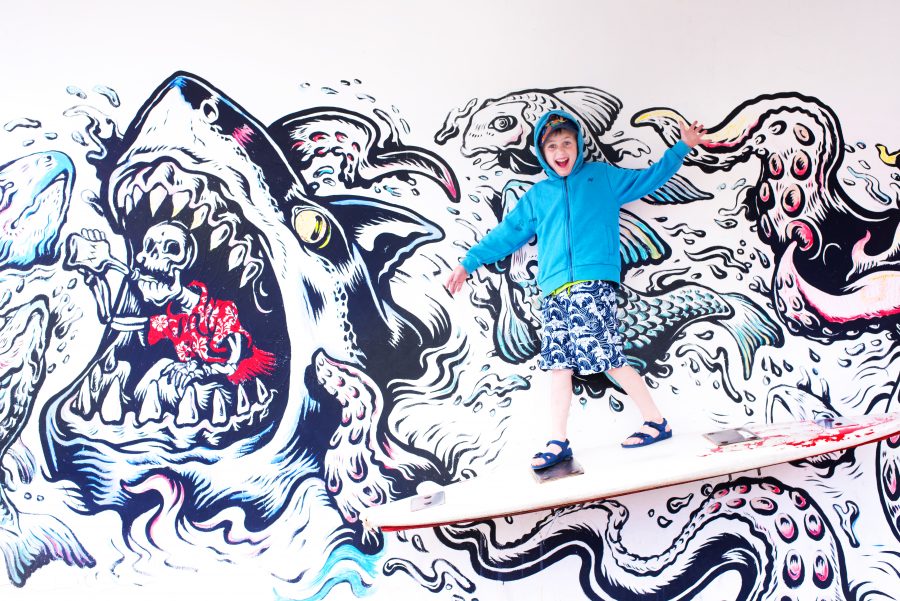 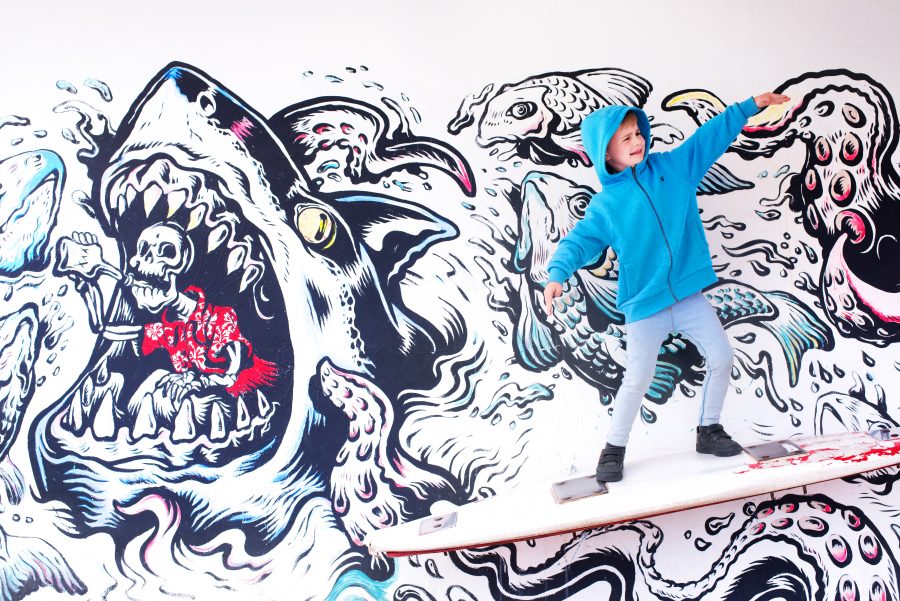 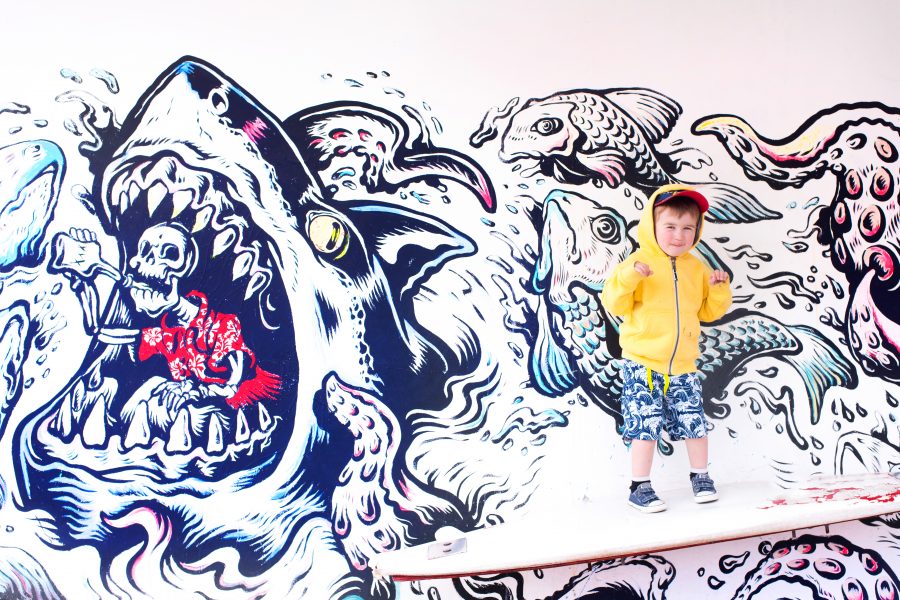 We headed for an ice cream next and eagle-eyed Yotie had spotted Ben and Jerry’s earlier.  Hero managed to lick his cone and have it drop onto the floor, which resulted in instant tears, a hard Paddington stare at the ice cream vendor who practically perched the ice cream on top of the cone instead of actually packing it in for a small child to eat normally, and then the purchase of a new cone, so we could wander down to the sea to have a paddle and chase the waves. 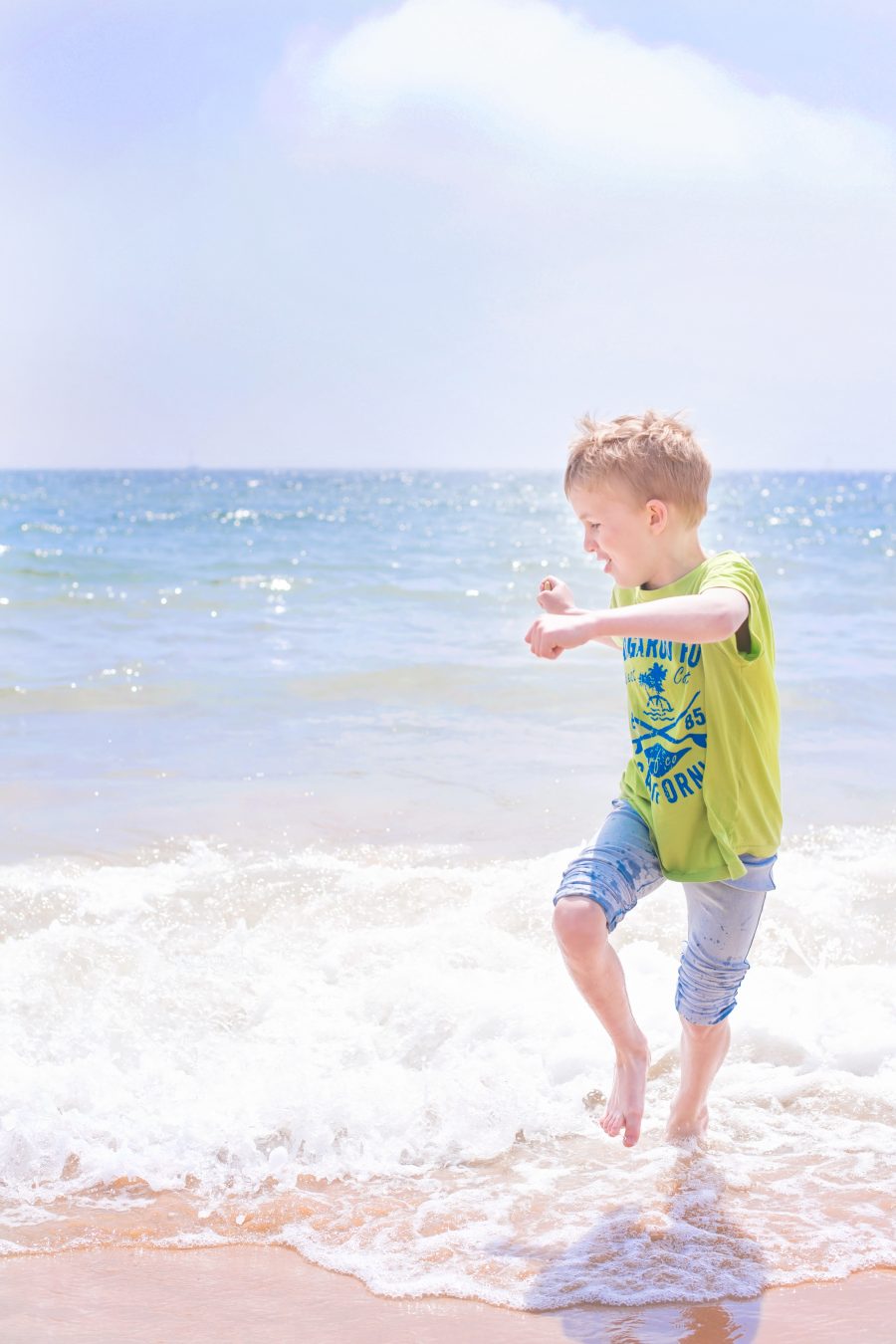 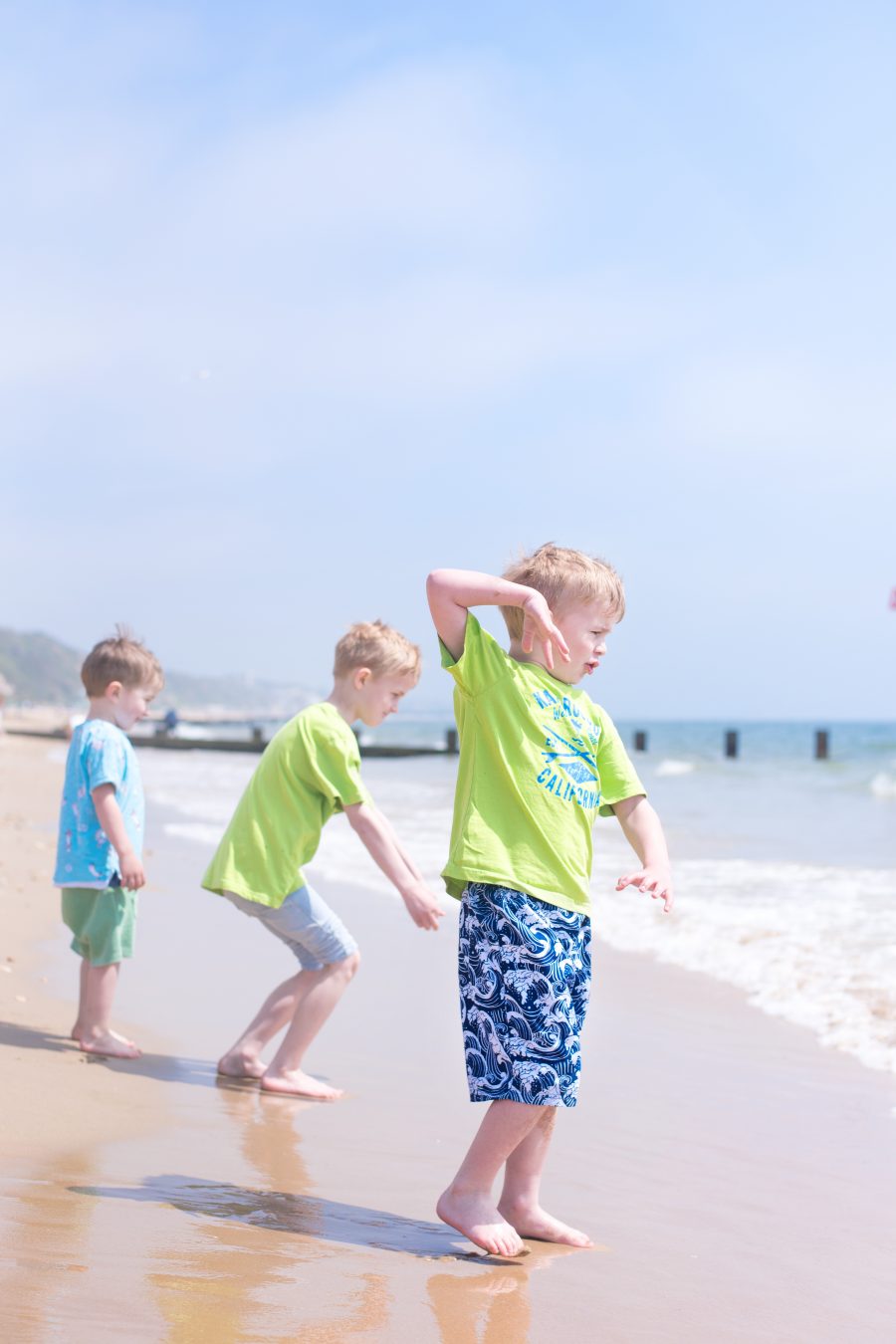 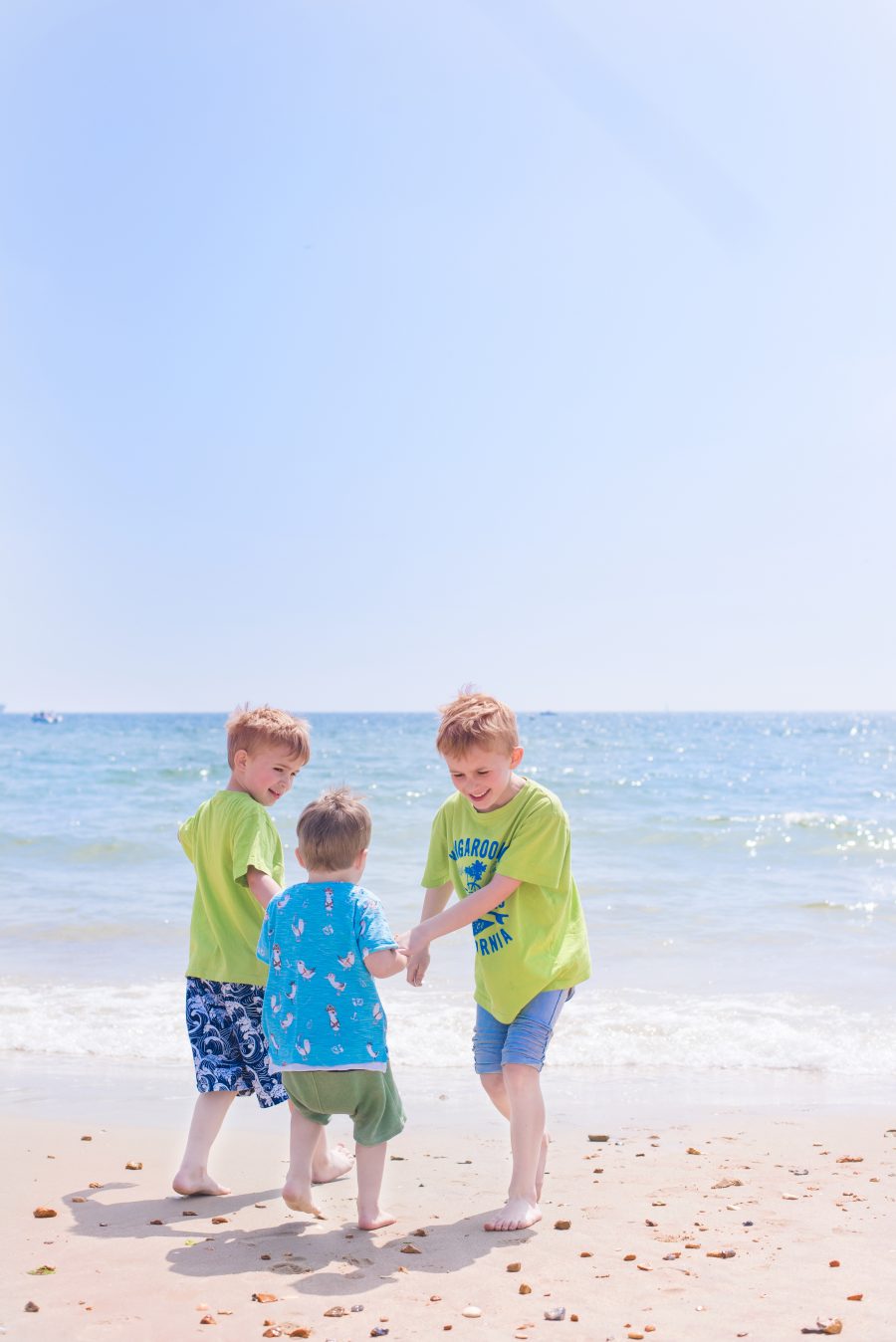 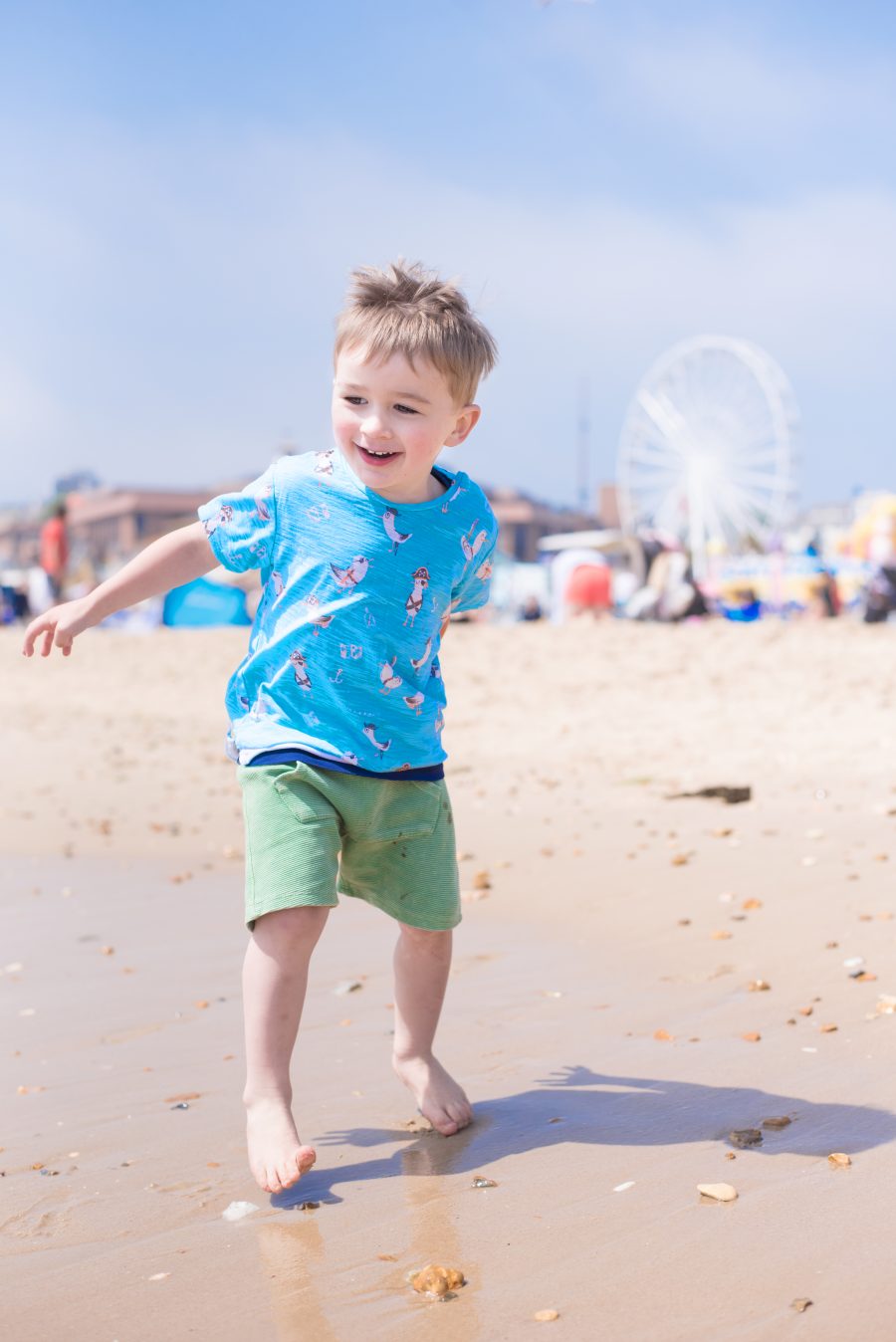 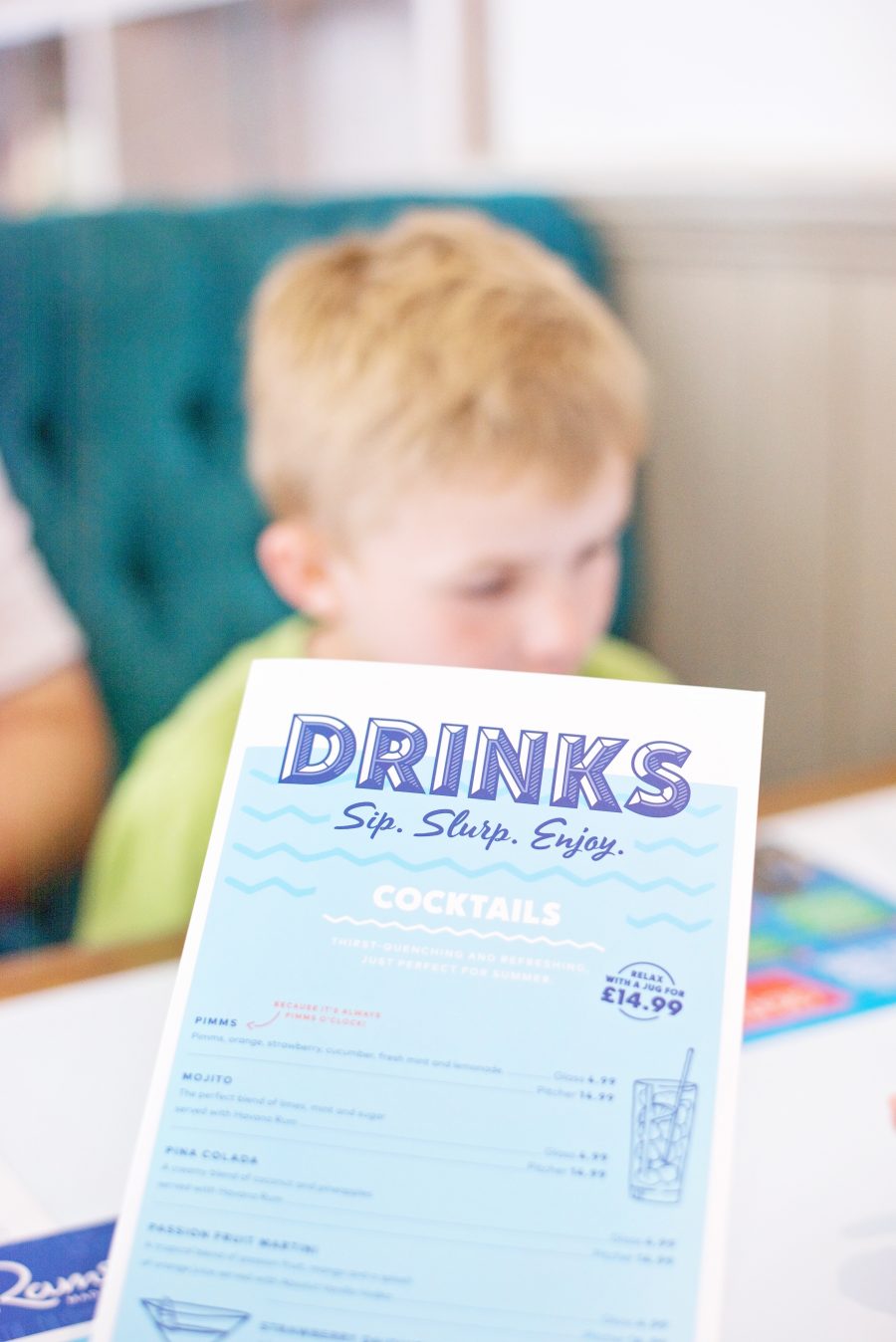 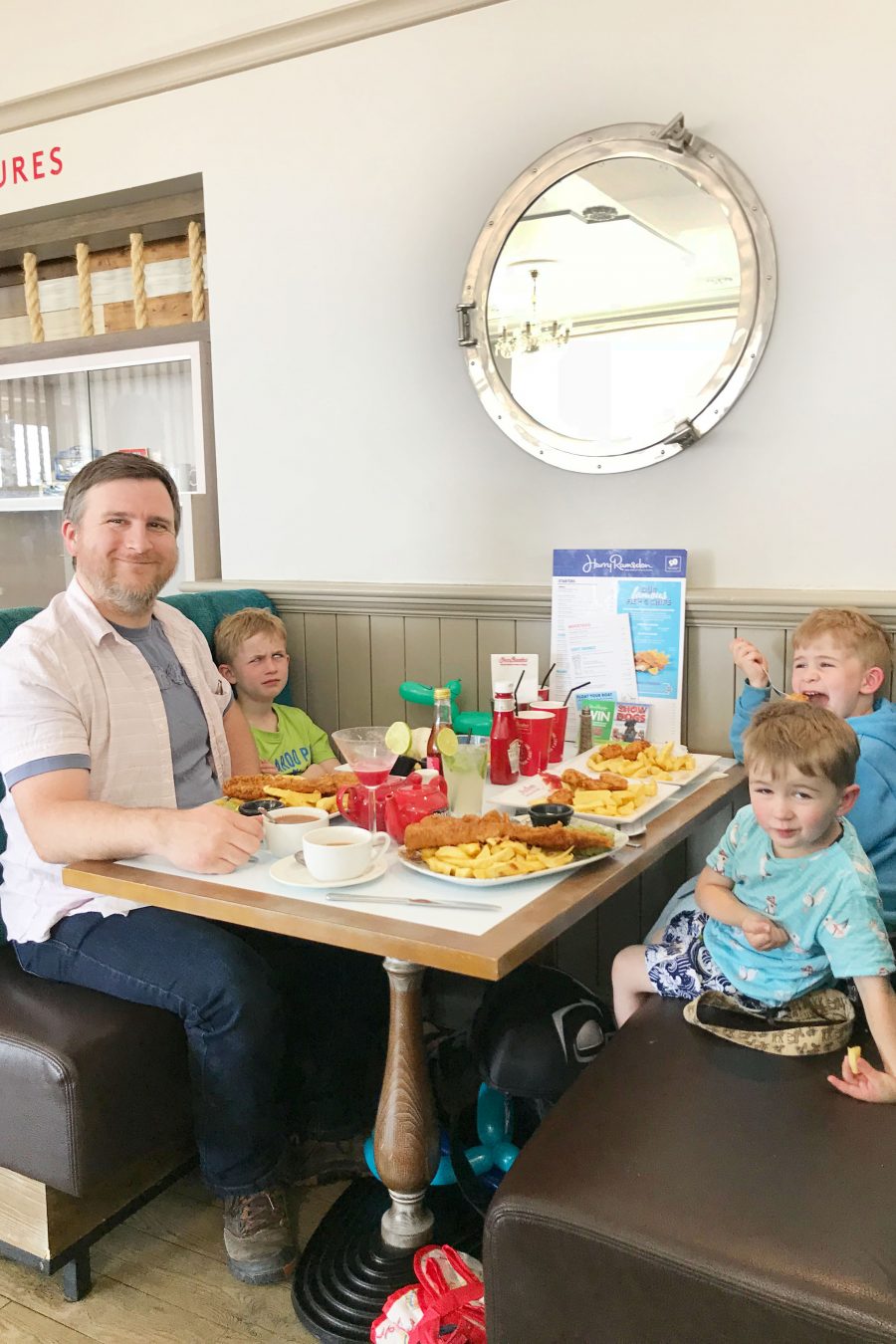 We finished the Bournemouth Beach day off before heading back to the train by eating the now infamous Shhhhicken Shhhunks [Heros pronunciation of chicken chunks] at Harry Ramsden’s restaurant and laughing until we hurt.  Best impromptu seaside day ever – and even better ride home as we decided to try first class.  I’m slightly worried that the boys [and Gav] enjoyed it a bit too much. Haha. 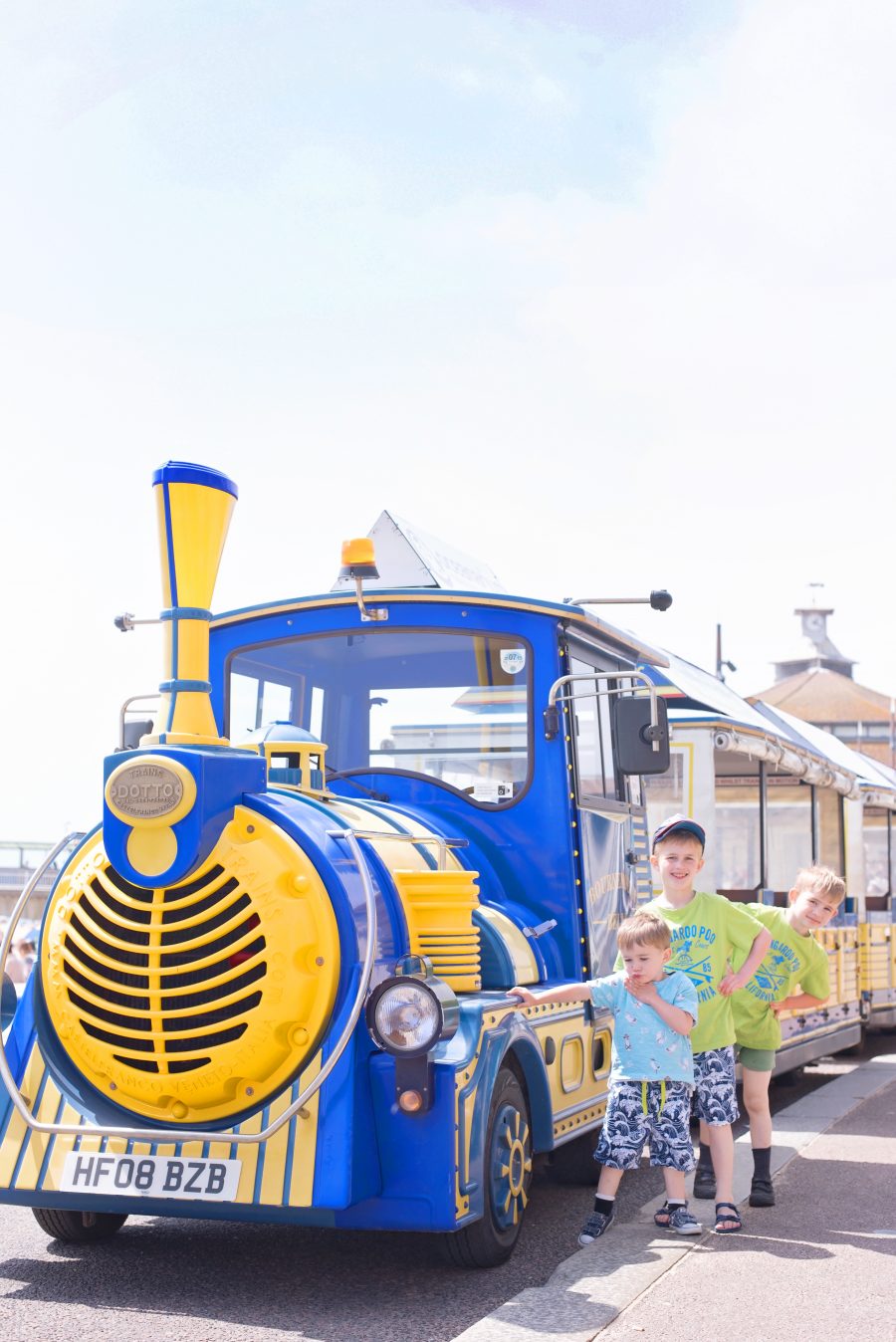 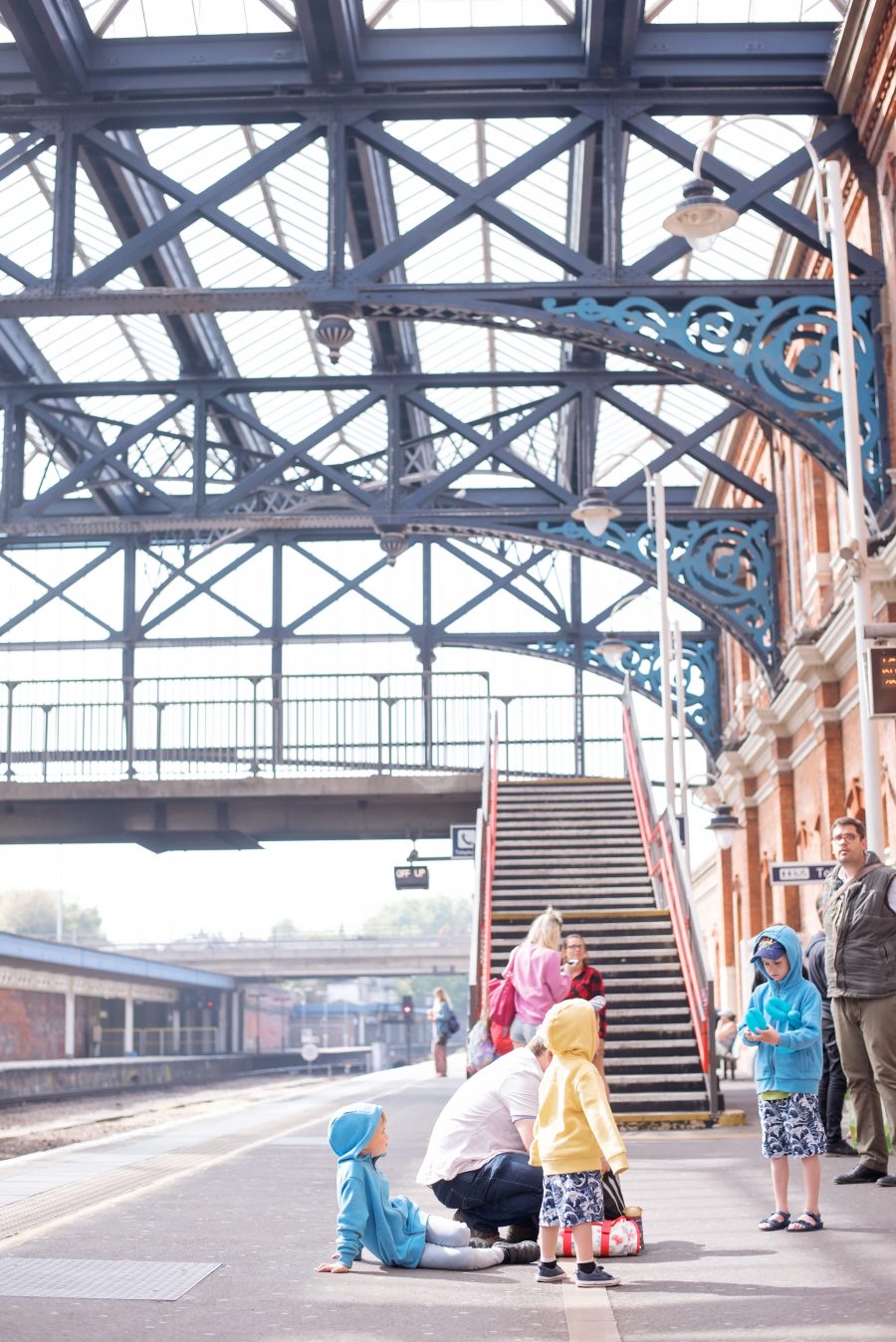 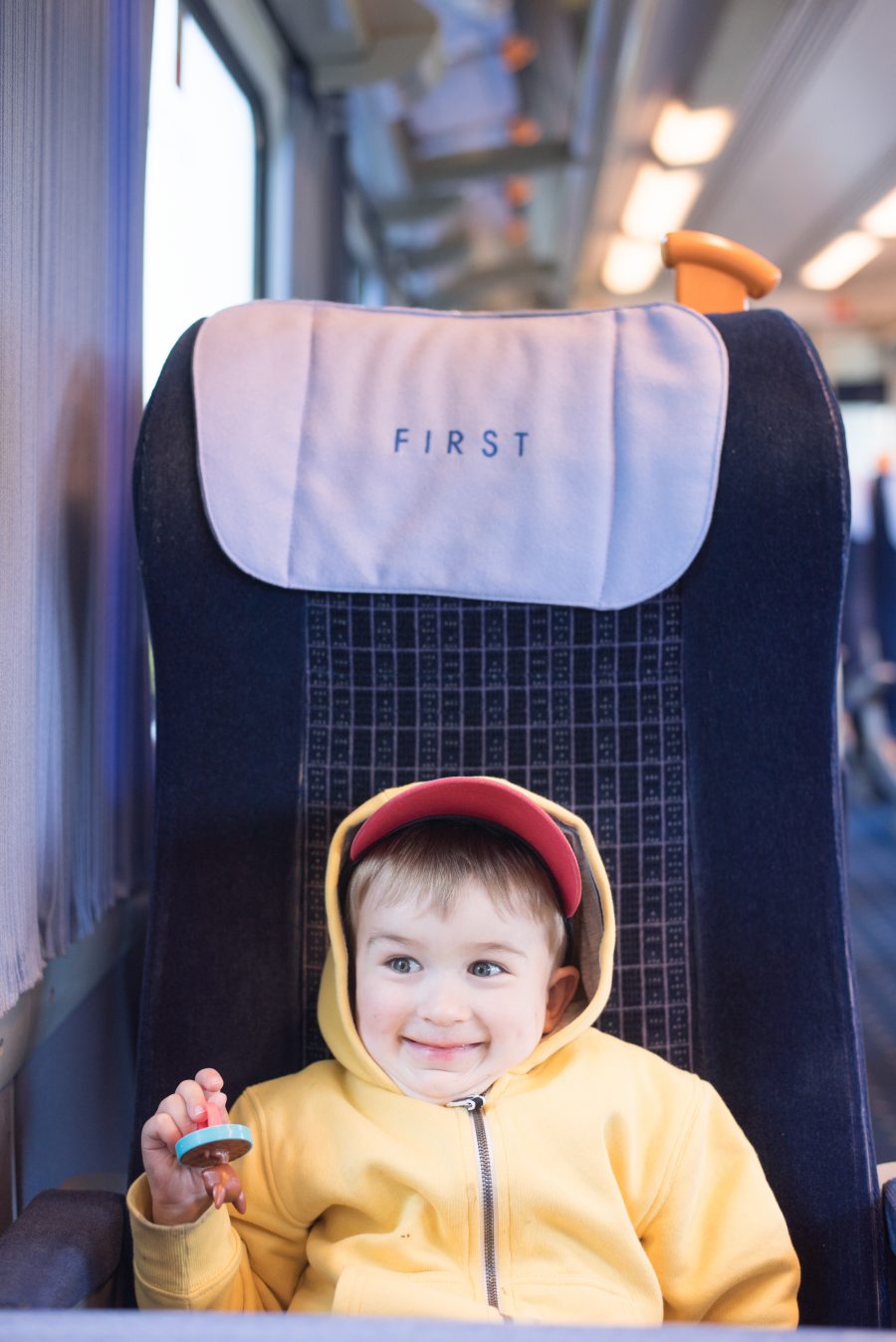 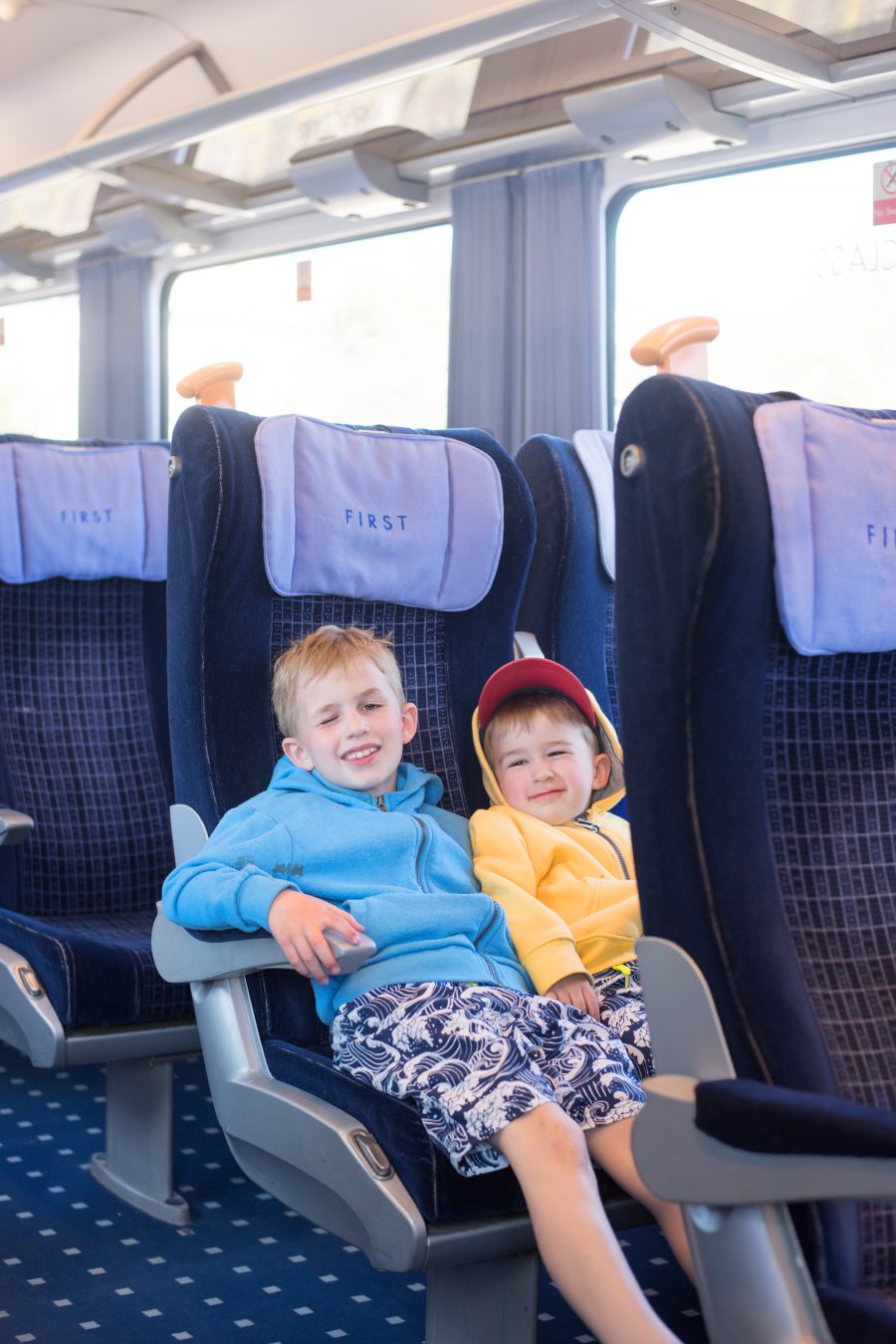