SUBSCRIBE TO OUR NEWSLETTER FOR SIX SECRETS TO AN EGG-CEPTIONALLY FUN EASTERTIME AT HOME!
You are here: Home / CELEBRATIONS / DISNEY JUNIOR PUPPY DOG PALS PARTY

We had THE BEST time at our Disney Junior Puppy Dog Pals party – if you didn’t see what was in the party bags or the toys that we were going to be having fun with, take a look here at our earlier post – and if you did, get ready – here’s what happened!

After the party bags were handed out, we set about opening the toys for some fun!  By this point, the Jones Bros were about to burst apparently.  They unboxed everything like Tasmanian devils if I’m honest, they were so excited to hold the little toys and play with them – we had the Deluxe Figure Set, the Doghouse Playset, plushies, action figures with their own vehicles and even Bling-Bag style toys in little travel kennels!  Puppy Dog Pals heaven. 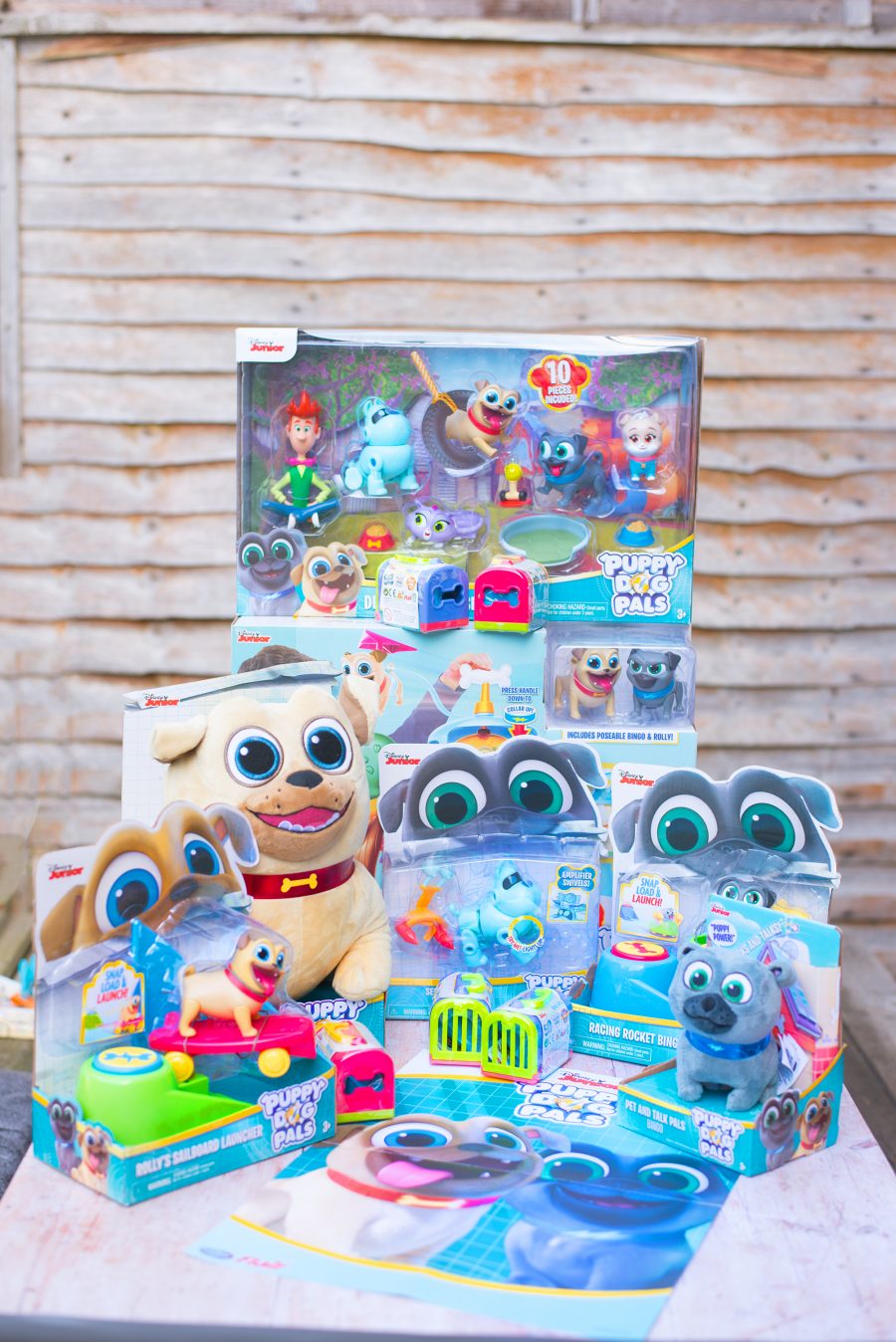 The party food was a big deal for the boys, who planned it themselves!  We decided to set up a Puppy Dog Pals Kibble station – even Gav got involved although he made one which was purely chocolate and the boys told him off for trying to make his look like dog poop apparently. 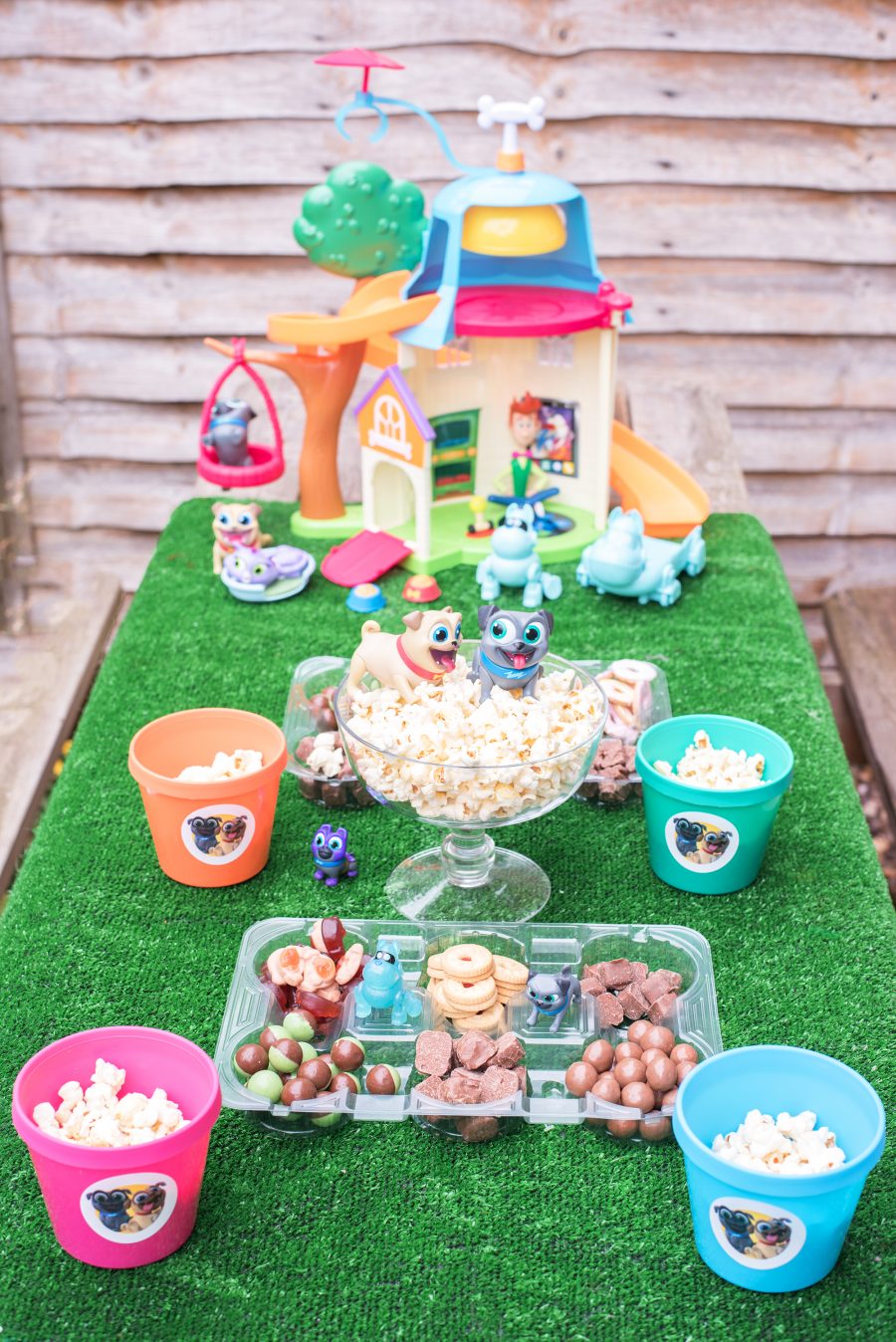 The little pots really worked well, and after we stuck the Puppy Dog Pals stickers on them, they looked so cute! 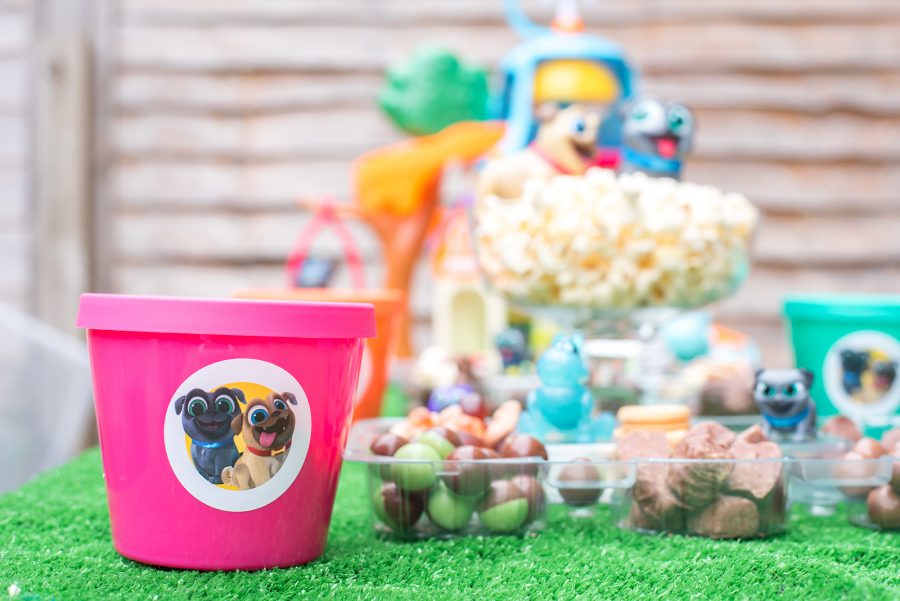 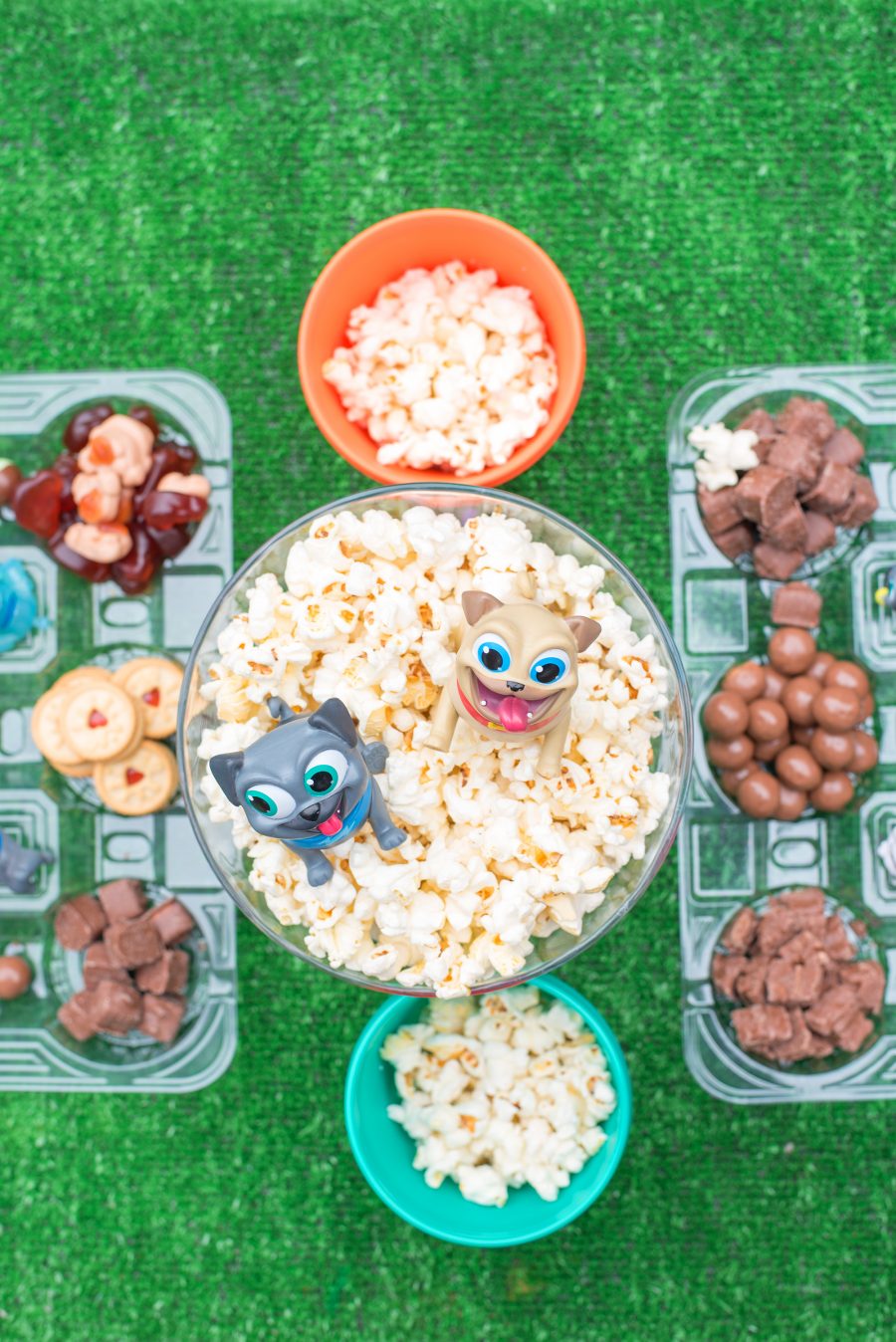 We even found some Pug jelly sweets in the supermarket that we used in the kibble – the boys thought it was hilarious to put little pug faces in their popcorn. haha.  We used Minty Bubbles [Hero’s favourite], Maltesers, Twirl, Twix and Mars bites, mini Party Rings and Jammy Dodgers, and lots and lots of popcorn. 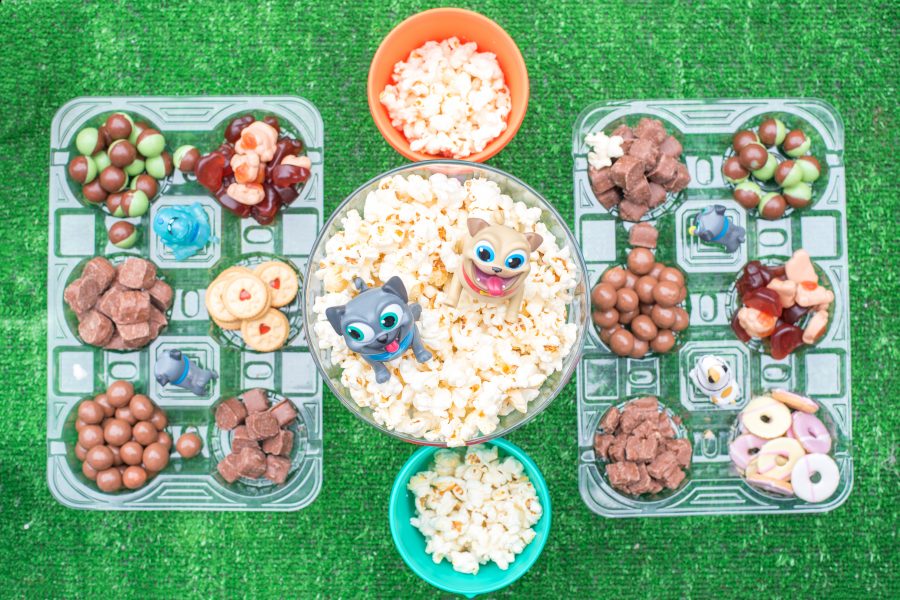 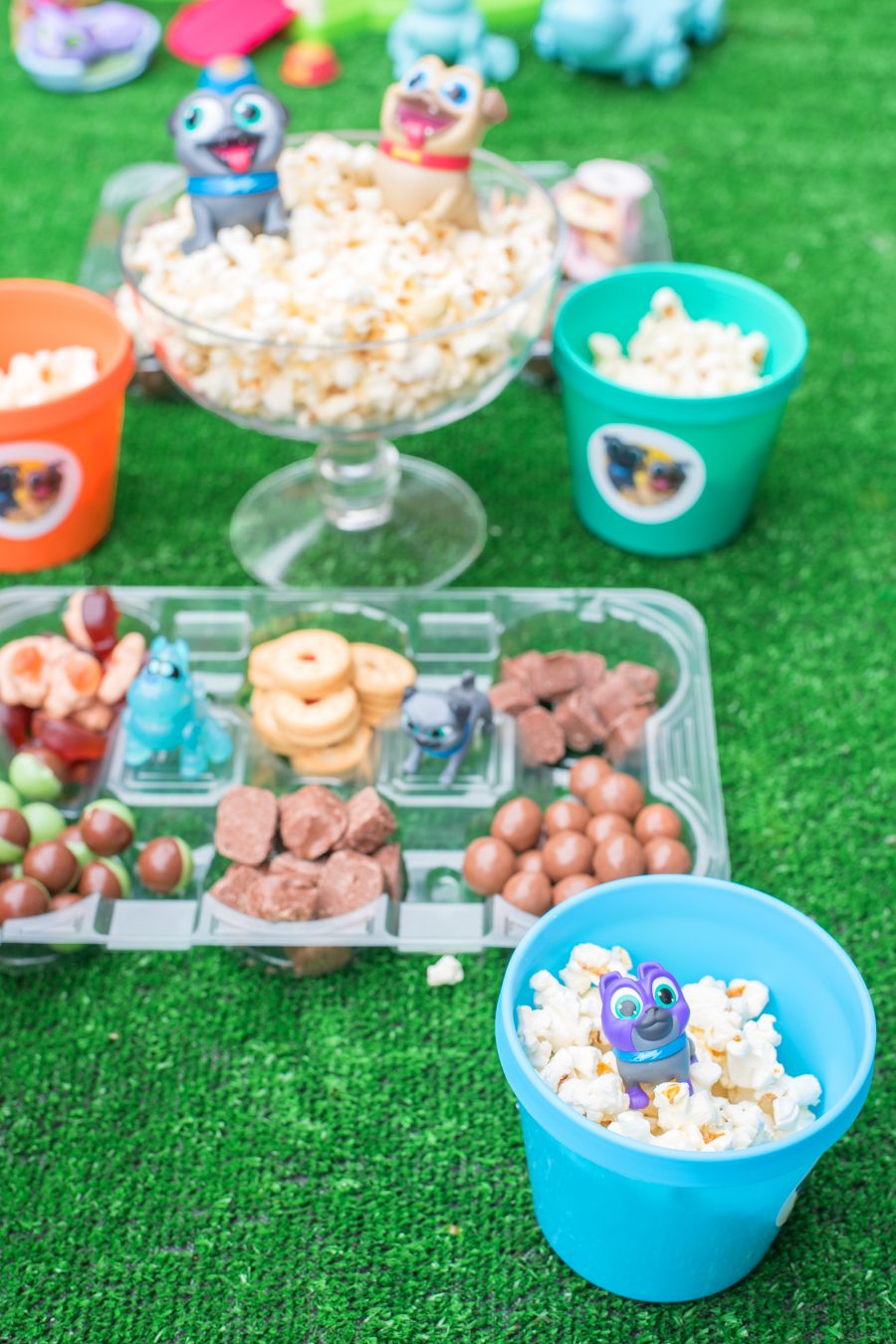 Yotie LOVES popcorn and this might just have been his favourite party ever. Pugs AND popcorn.  His love for Pugs is even stronger as Dan TDM {Yotie’s YouTube Hero} has pugs himself.  Not a week goes by when he doesn’t ask if we can get some too. 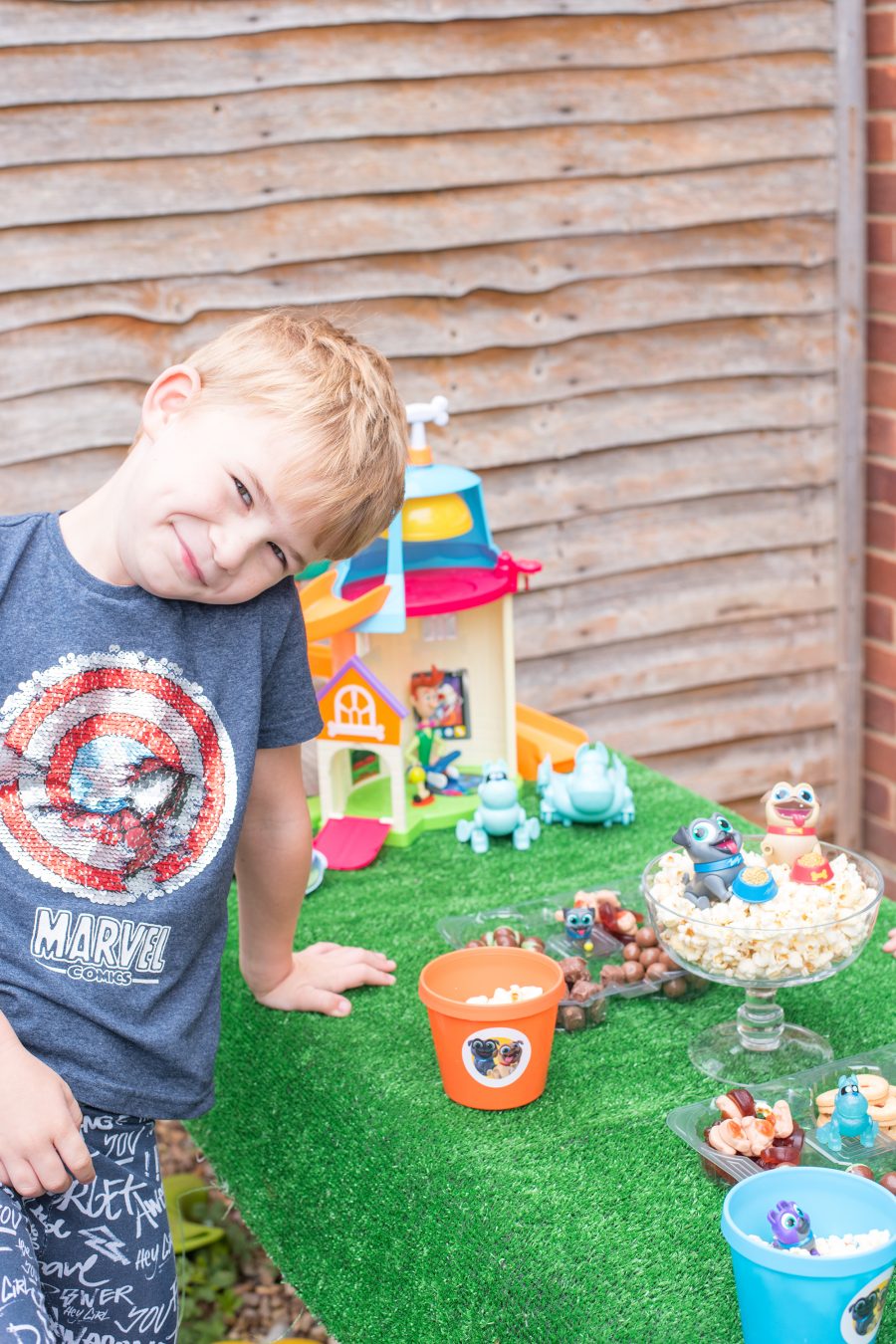 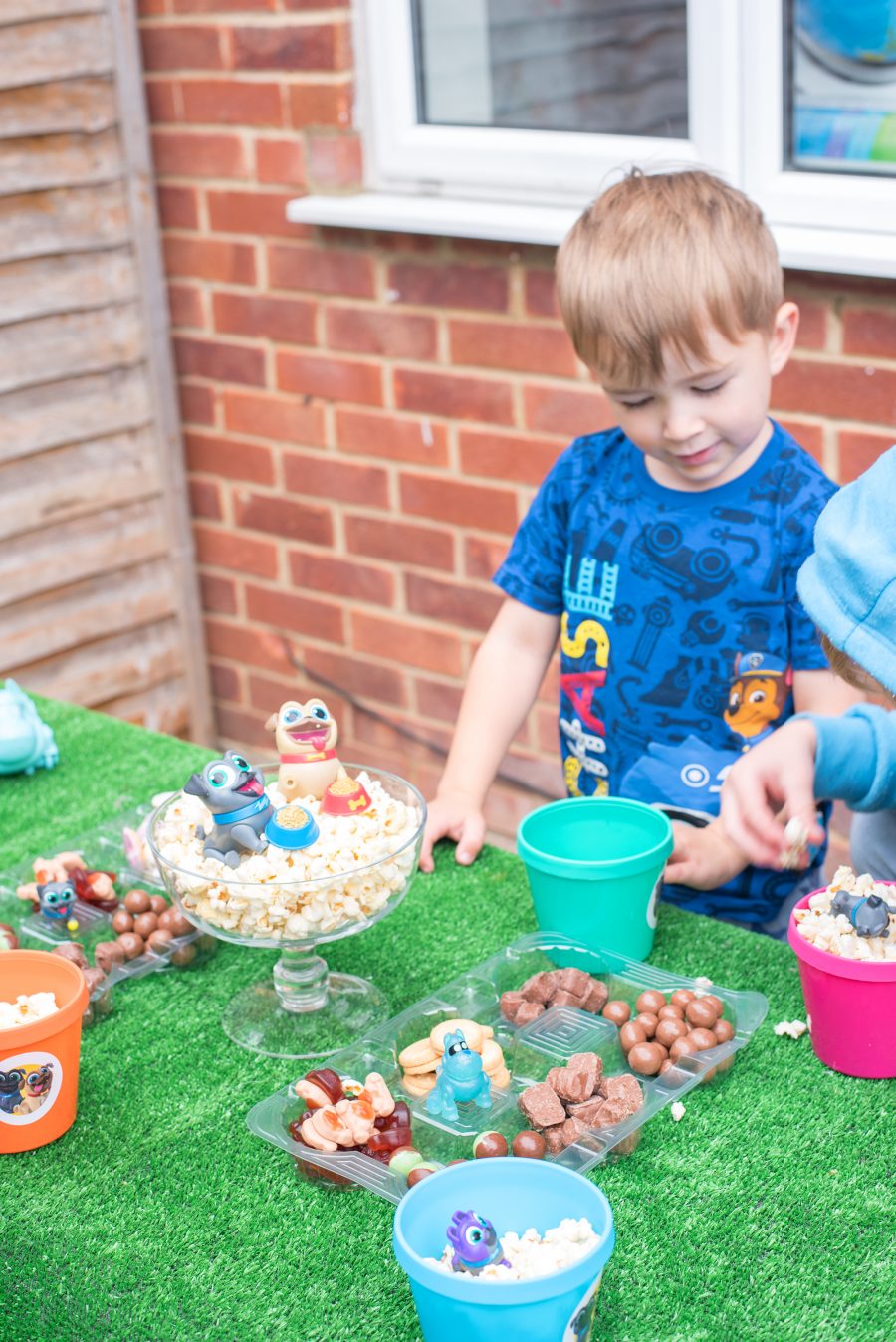 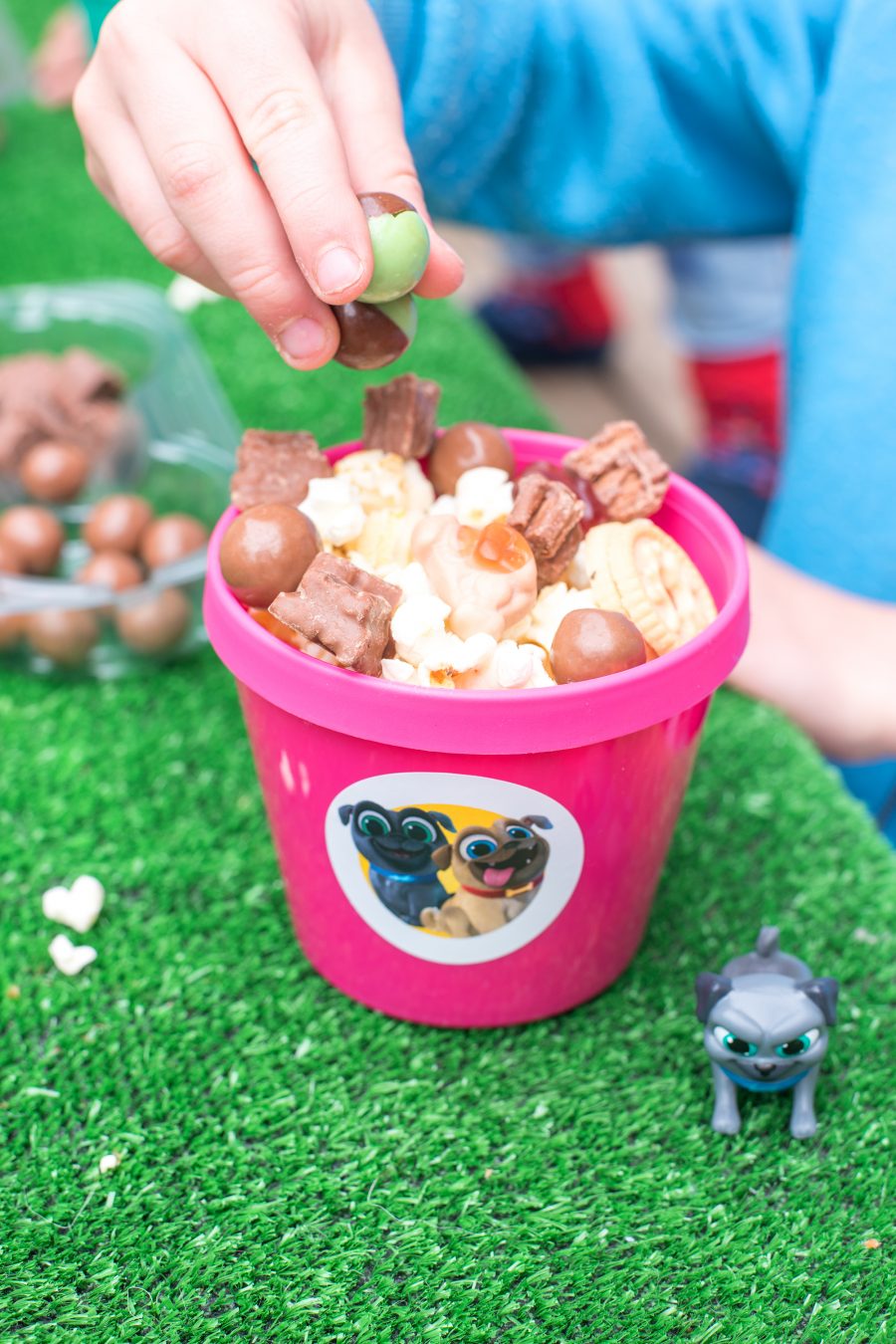 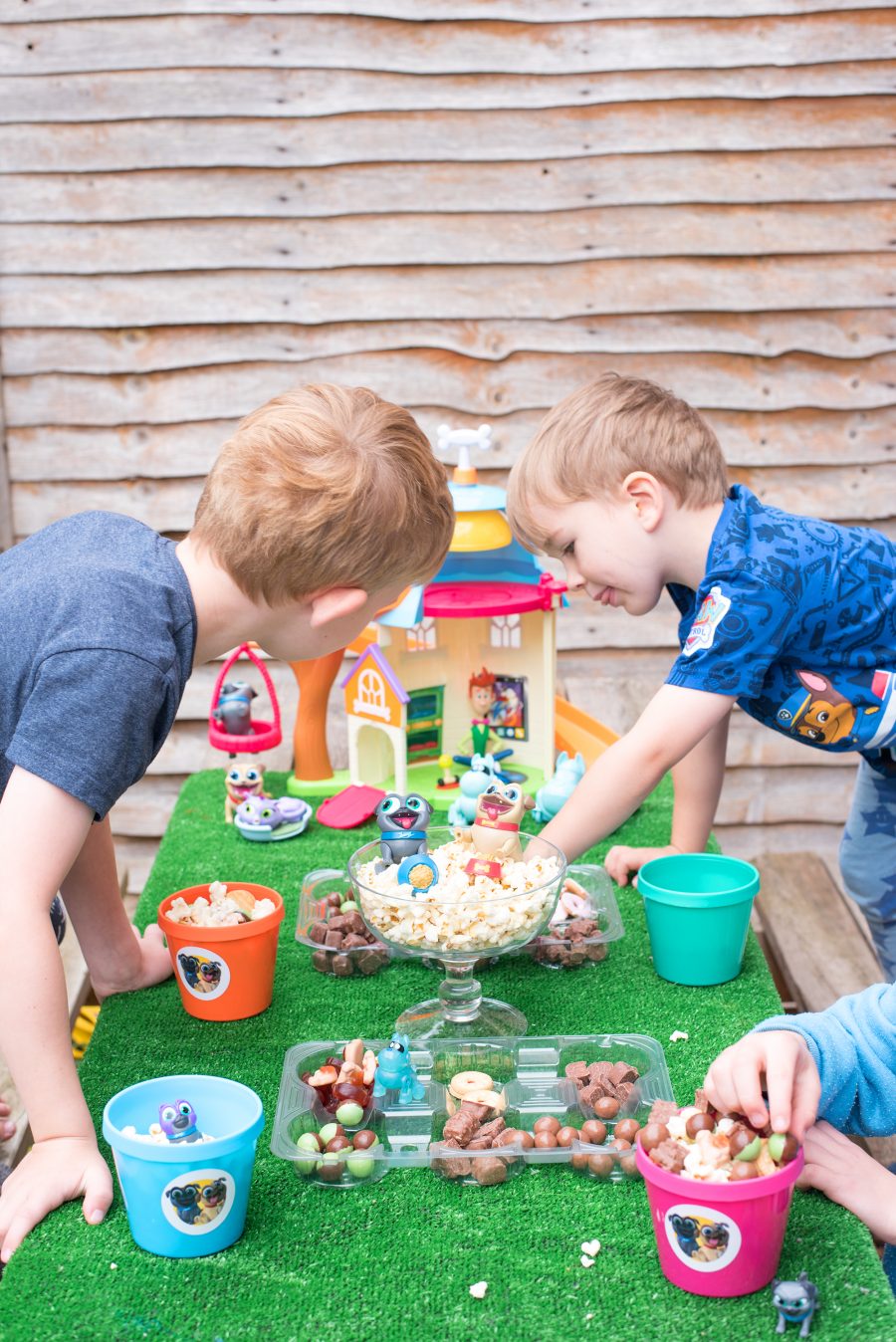 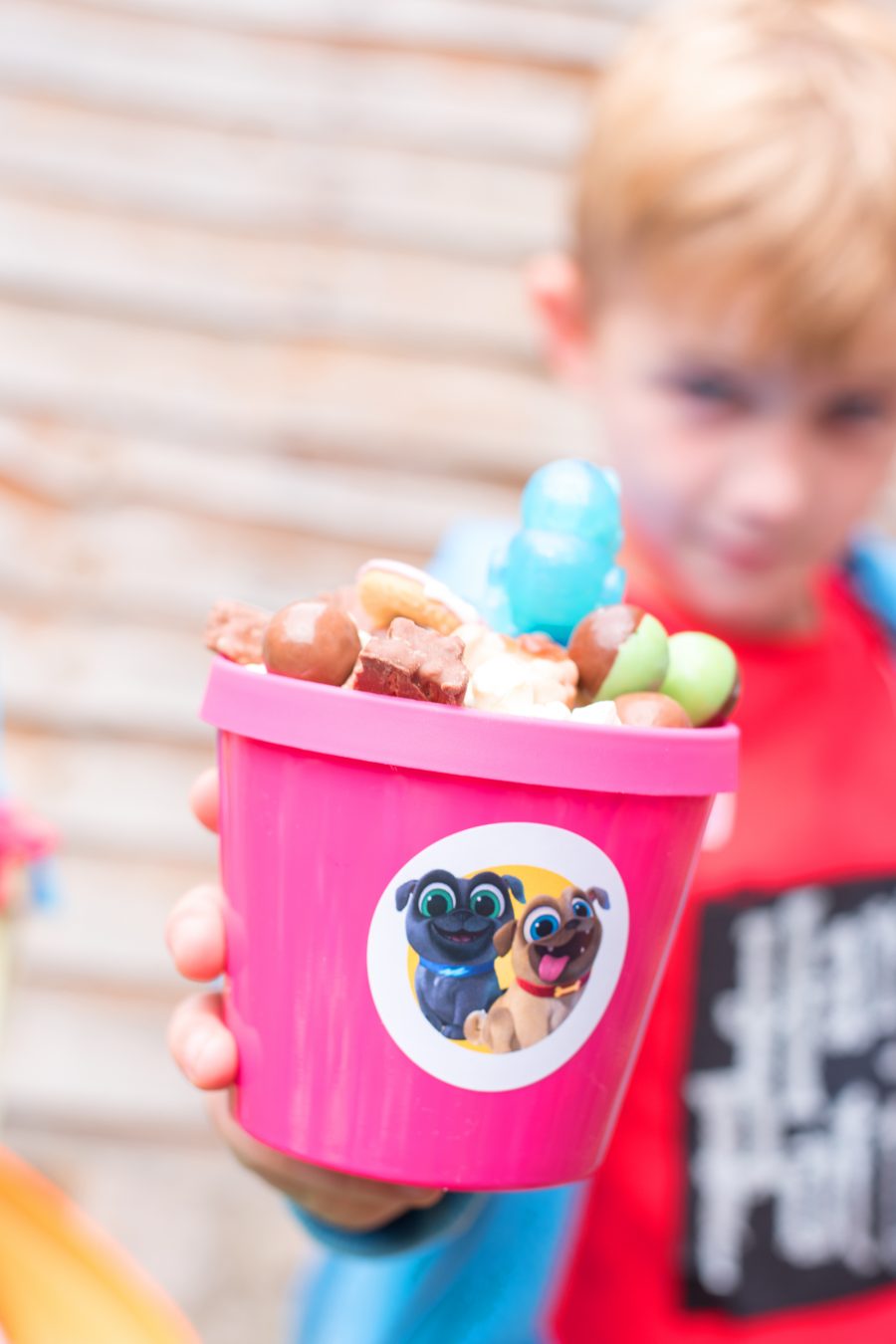 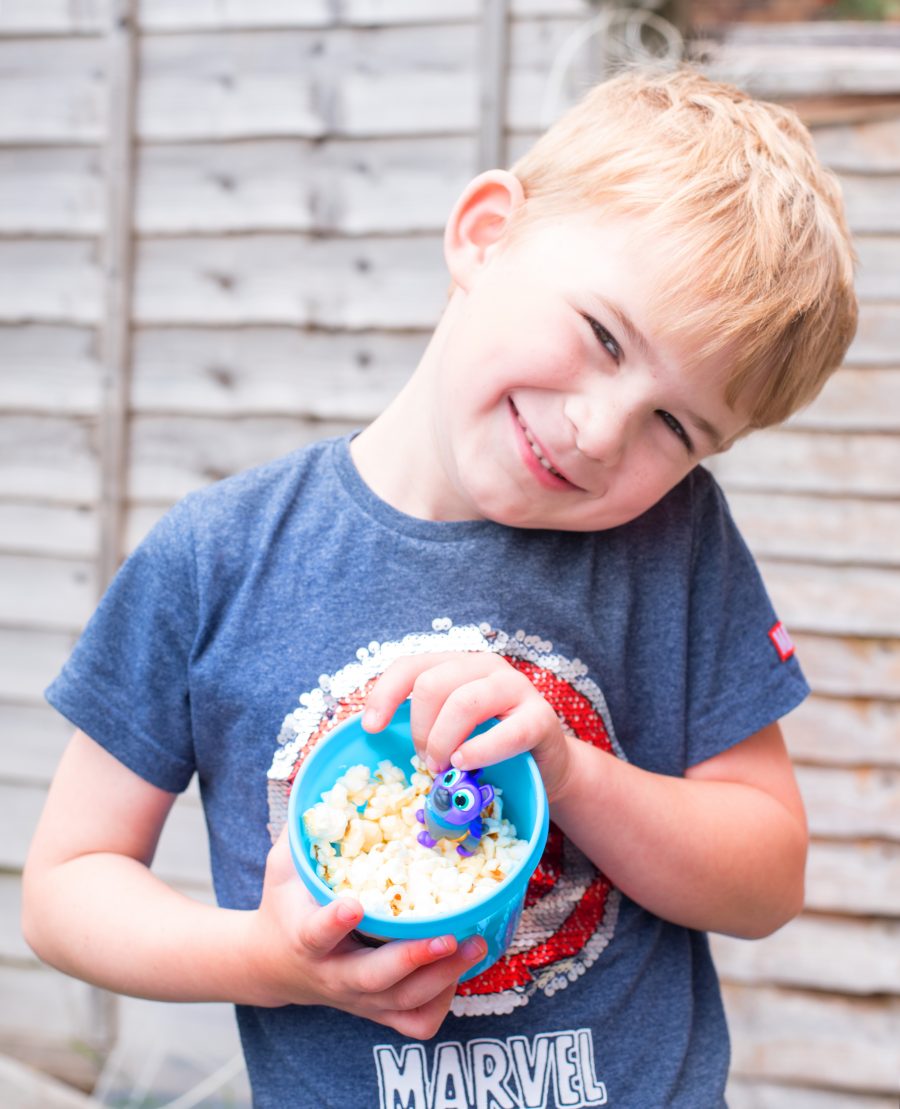 One of our party challenges was the have a Puppy Dog Pals race using the new Snap, Load and Launch Figures on the Go toys.  Yotie got Rolly and Hero had Bingo, whilst Jens used his new ARF Light Up Pal [the one I bought as a maths bribe if you recall] as referee, and Bob waited at the finish line for his puppies.

Here are the contenders for the race – Rolly and Bingo in their vehicles.  Their little paws connect on a stud to the vehicle so that when you launch them, they don’t fall out as easily – although poor Bingo kept leaping out of his which made Hero giggle quite a bit and then try pouting whilst he was giggling for comedy effect… 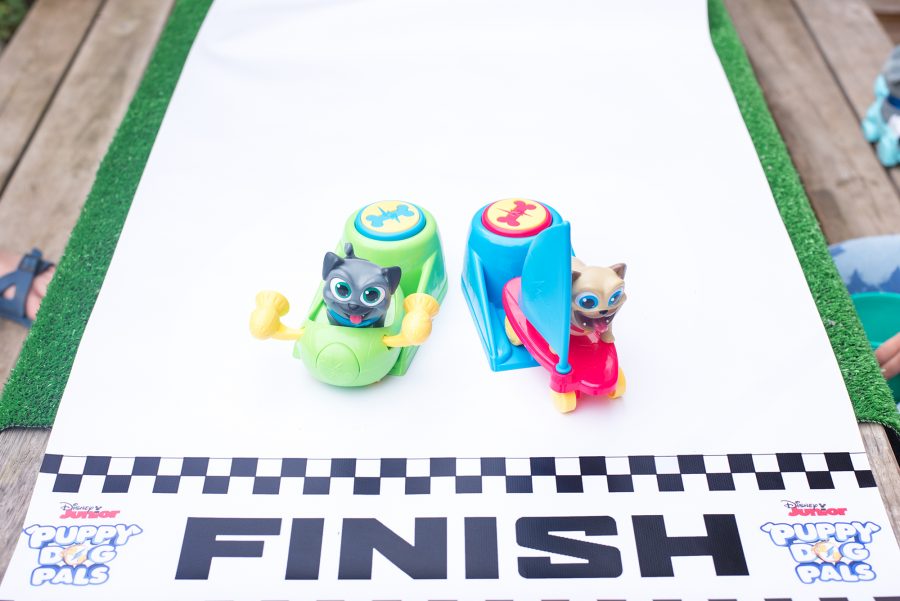 Hero eyes Bob suspiciously as the referee gets into place… 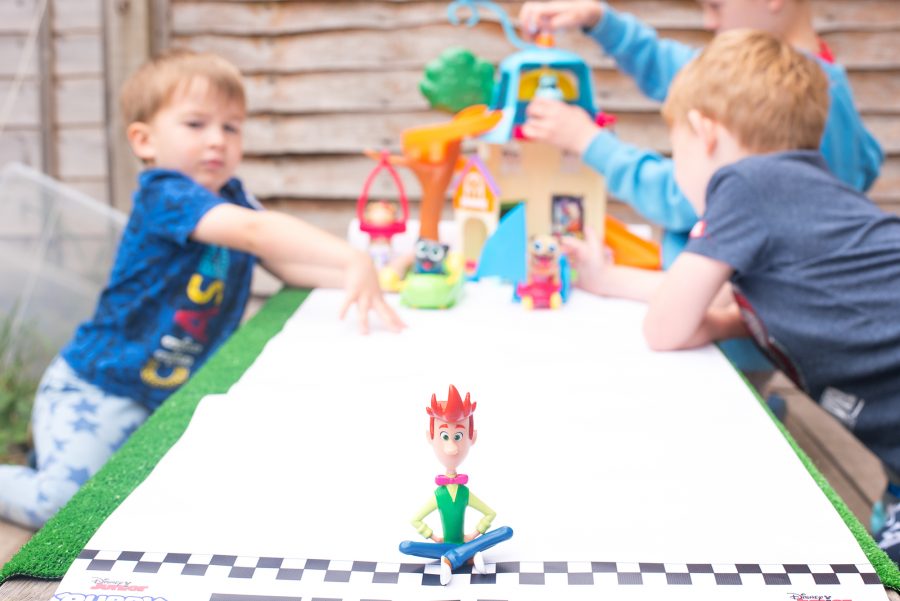 There were no winners [except there were, and it was only Bingo so we can’t talk about it or Hero will grump, haha] only cute pugs who were taking part and having fun.  Ahem.

Our boys are big into card games at the moment – except for some reason we never play SNAP, and I used to love that when I was little. 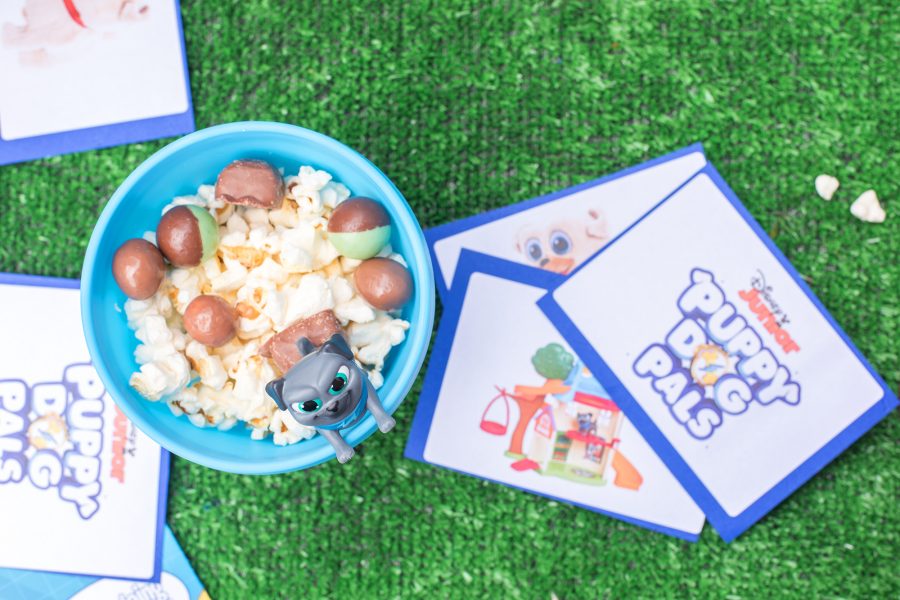 We were sent some cards to play SNAP and Matching Pairs with – Hero didn’t quite get the idea of SNAP, but he was pretty amazing at his “I just take a peek” tactics during Matching Pairs.  See that face?  That is the face of a boy who is ABSOLUTELY NOT PEEKING. 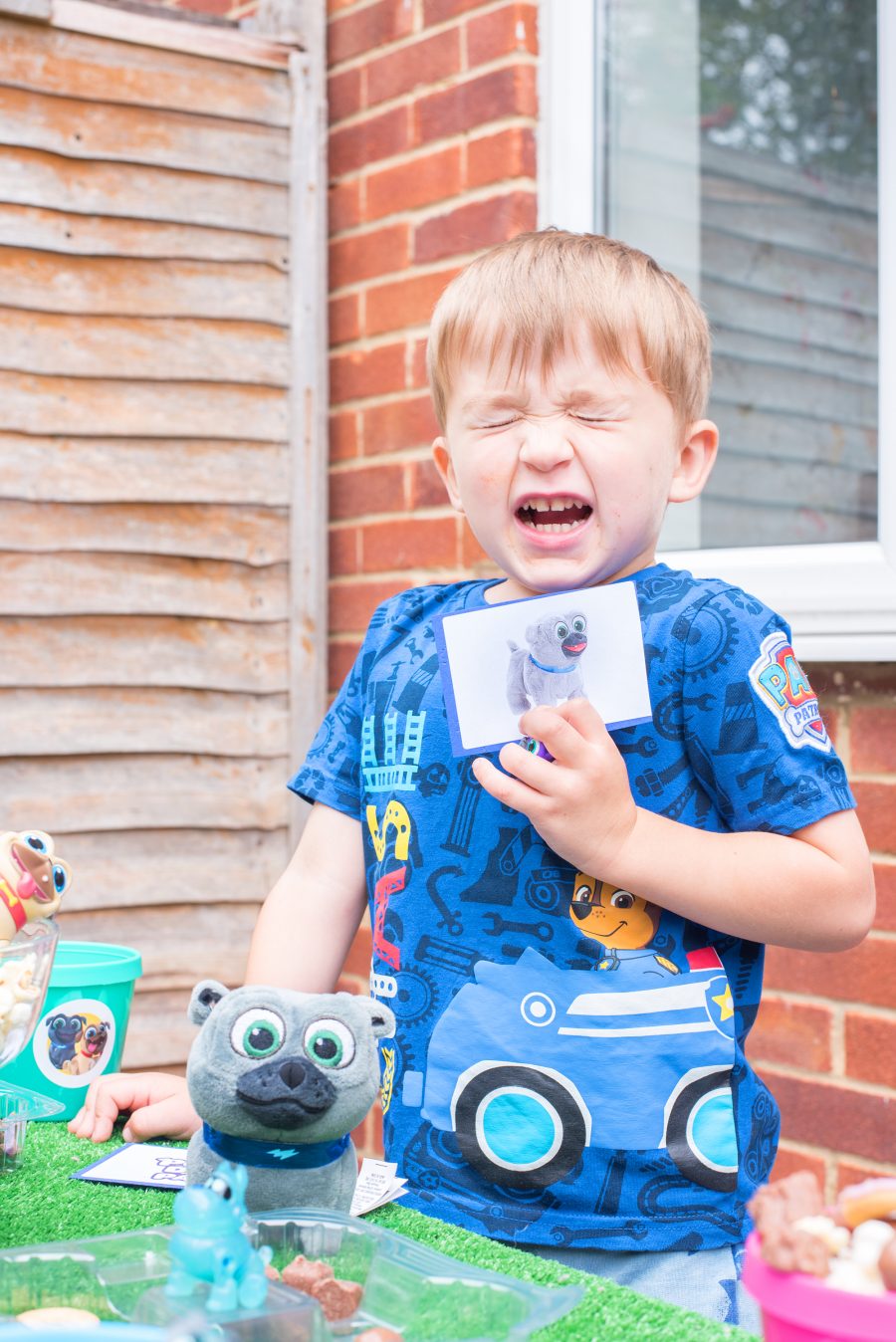 Poor Jensen had to pretend that Hero wasn’t actually spying on his cards, although for a game of snap I’m not sure why Jens does hold them like a poker player.  Still, it all ended in many giggles over the antics of a small boy whose face you may or may not see peeping at you below. 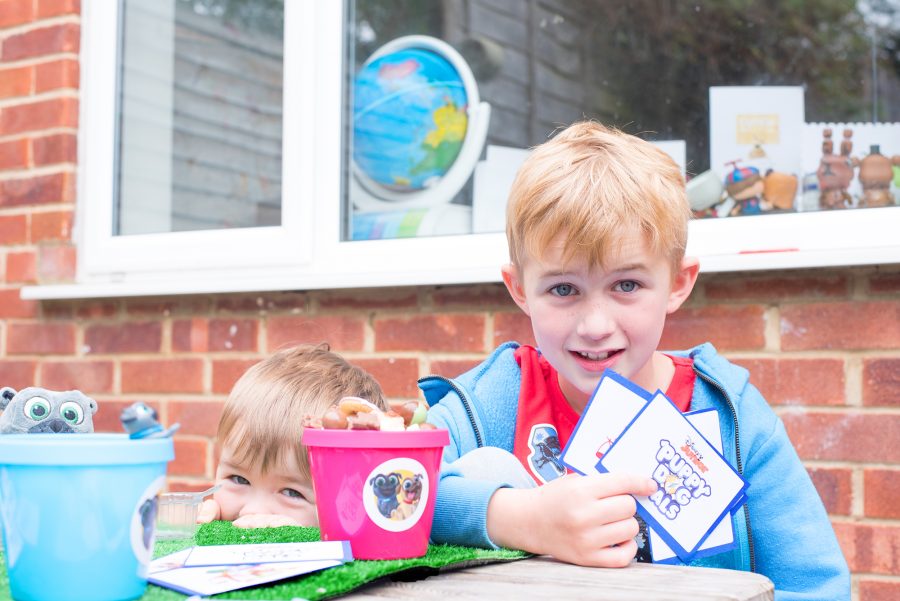 Jensen was really excited to see that as well as his party colouring book, there were also Bingo and Rolly sheets to colour in whilst he was eating.  Usually he’s not into colouring but I’ve recently bought some triangular pencils to make colouring easier and he’s really enjoying it again.  Soon Granny and Grandad will have some Puppy Dog Pals artwork to hang up! 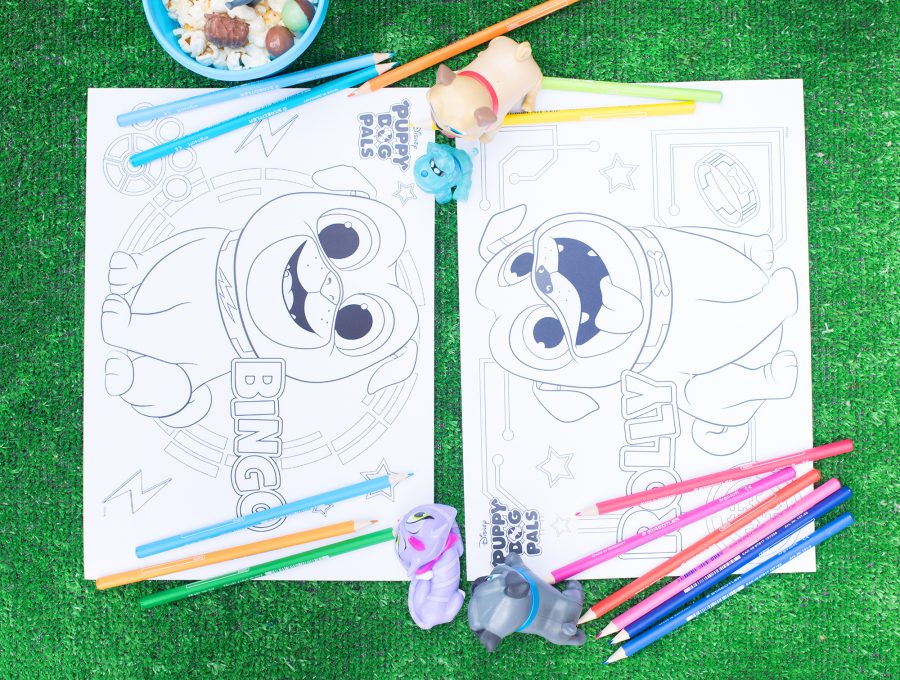 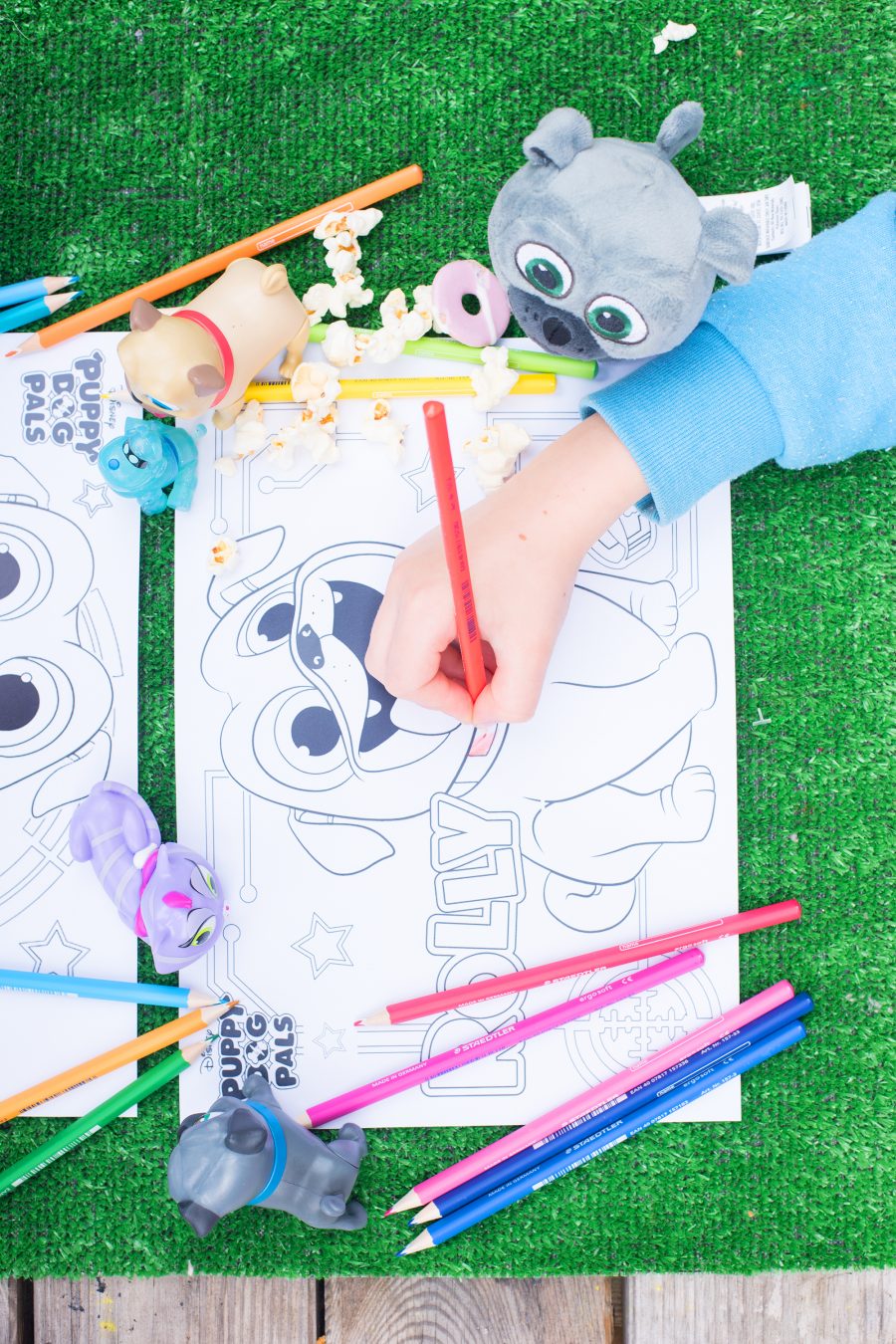 We were really sad when it was over – but we still have ALL the Puppy Dog Pals toys to play at Granny and Grandad’s this week – we hope you were lucky enough to win at the party and if not, don’t worry – we’re thinking of a giveaway very soon! 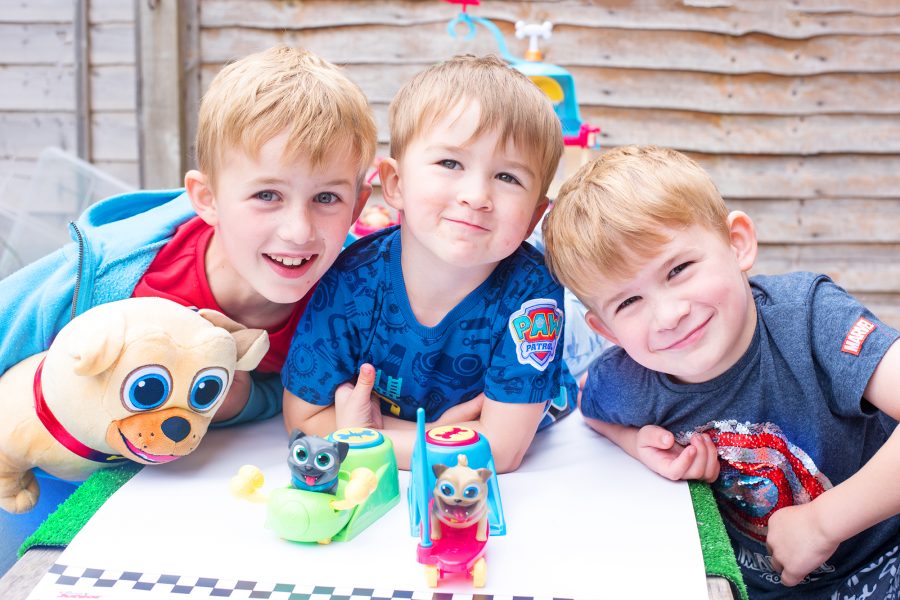