SUBSCRIBE TO OUR NEWSLETTER FOR SIX SECRETS TO AN EGG-CEPTIONALLY FUN EASTERTIME AT HOME!
You are here: Home / GAMES AND TOYS / SMASHY MASHY COLLECTABLES: LET’S HEAR IT FOR THE BOYS [#TESTDRIVETUESDAY]

So, let me grab my soapbox. There, that’s better.  Okay.

We’ve been reviewing toys for quite some time now.  We love it – and honestly I can’t say that we’ve ever been restricted in the toys we review.  With three boys, I’d like to think that we’ve enjoyed our fair share of dolls and other toys which are aimed stereotypically at girls – and the only reason we do that is because it’s a toy I know my boys would love to play with.  There’s no politically correct agenda to our blog – if they’d like to review it, I put my virtual hat in the ring.

Over the past few years I’ve become really disheartened when it comes to “boys’ toys” – and by that I mean toys which are released onto the market featuring boys playing with them in the advertisements.  You see, progress in stereotypes only seems to have thought of the girls.

There are more and more toys which were previously targeted at boys [cars, trains, building toys, slime] which now have a pink and pretty sparkle to them to try and encourage girls to buy them, but if there IS colour and sparkle, that seems to cancel out any suggestion that boys should be interested. If it’s pretty, if it’s colourful, it’s loudly pronounced as for girls. 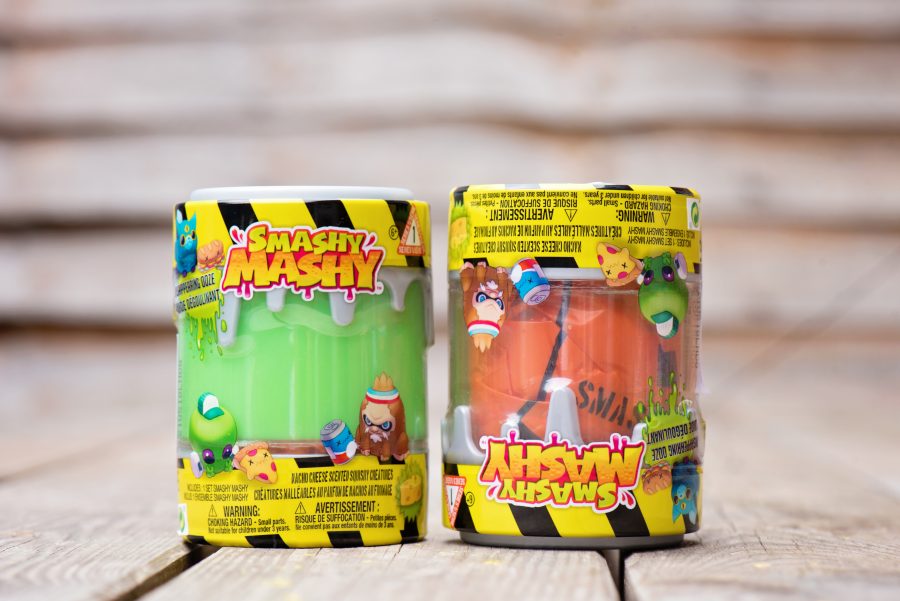 Each time there’s a series of pretty collectables released onto the market – say animals for example, they’re aimed at girls.  Girls in the advertising, girls in the blurb about the toy.  When there are collections of toys featuring little collectible characters, they’re bright and exciting colours with sparkle and fun – and NOT ONE OF THEM IS A BOY.  All girls.  An all-female playing field.  Which frustrates me no end.  It also frustrated me as a child because I ended up cutting some of my Sindy dolls’ hair off to create a skin-head type boyfriend.  Mom eventually bought me a Ken doll, thank heavens or my Flower Fairies would have had no fathers.

The only toy we’ve found so far that seems to understand boys might like a bit of colour or some cute animal friends is LEGO friends, which Lyoto has a HUGE collection of and buys the magazine for his new little animal pieces.

Howeeeever….on the flip side, if it’s poop, it’s gross, it’s covered in insects who are somehow zombified, it’s clearly shot over to the boy side.  Take the pretty colours away, take anything exciting about little surprises away [you have no idea how excited my boys were when they saw LOL dolls], and that’s what they offer the boys.  Just like when we’re shoe shopping.  Do you know how many sad faces I’ve endured over the years when my boys have looked at the shoes available to them, and conpared them with the colours of the shoes available for girls?  Not on. Not fair.  It’s no wonder boys grow up resenting women for shopping – what do they have to go shopping for?! There’s nothing fun out there for them.  Seriously. 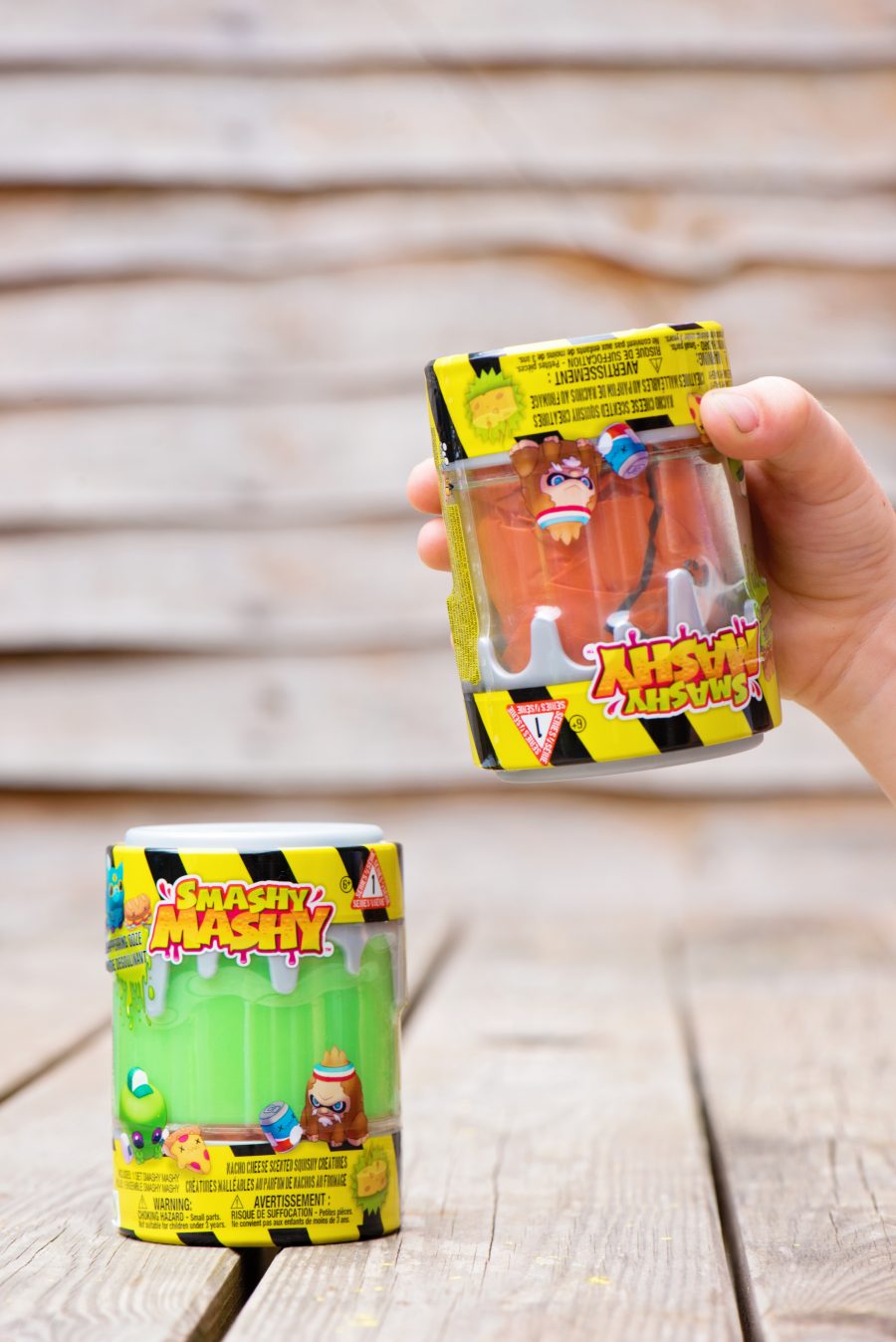 I’m sure you can all guess what week it is for me at the moment, but I wanted to get this all out before I tell you all that WE FOUND THEM.  I LOVE THEM.  If I could meet the creator of Smashy Mashy toys I would shake their hand until it broke.

We LOVE keeping you up to date with the new collectibles on the market, because they’re what my boys spend their pocket money on and what we as parents stare at wistfully in stores, wondering which one is going to bring most joy and give us most peace so we can clean the kitchen/do the dinner/drink a cup of tea/breathe for five minutes whilst they’re occupied.  So when Smashy Mashy toys were offered to me, I was excited – and I saw the canisters they arrived in and sighed.  I was so sure they were the normal gross offerings that I’d want to throw away within days of them being opened or would have that nasty sticky quality that attracts dirt within seconds.

I never read anything about Smashy Mashy toys beforehand and the boys asked if they could make an impromptu unboxing video [this hopefully explains why Hero has the most chocolate biscuit covered mush in the video] and so I just held the camera and did as they planned. 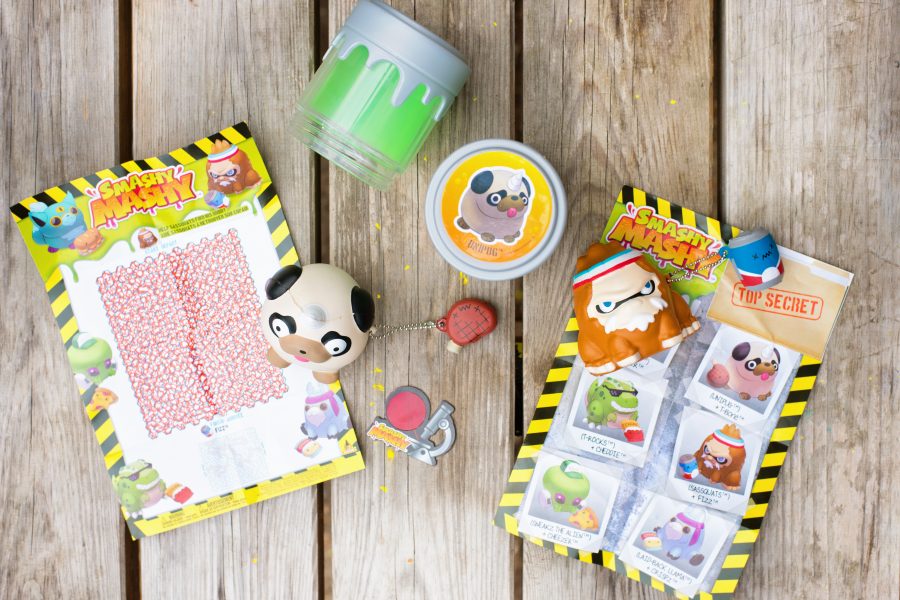 Smashy Mashy toys are aimed at BOYS.  I’m not fond of toys that are aimed at a specific gender, because a toy is a toy in my book, but I’m delighted that they actually ARE in this case, because it says to me that the gorgeously cute Unipug my oldest son opened and fell in love with is OKAY for him to play with without being ridiculed by children of parents who still loudly voice their opinion that Hero’s Peppa Pig scooter is pink and so he must be a girl [yep, it happens].

The excitement on his face when he realised that there were little ACCESSORIES inside the canister including a CUTE sticker and a little puzzle with the coolest decoding tool, and that the canister let him hide his toy like a magic trick, it was magic.  I wanted to cry [and I know that’s the hormones partly] because it was SUCH a change to the normal “Boys love gross things” spiel.  Yes, they do – but so do girls [ask my sister’s five children].  They also love cute, colourful, fun things.  Let’s have more of them.  Let’s be more Smashy Mashy.

Anyhow, here’s the boys first unboxing review…Please give them some love!

« CHRISTOPHER ROBIN AND HIS [NOT SO] SILLY OLD BEAR
STEM AT HOME: GRAVITRAX FROM RAVENSBURGER [#TESTDRIVETUESDAY] »