SUBSCRIBE TO OUR NEWSLETTER FOR SIX SECRETS TO AN EGG-CEPTIONALLY FUN EASTERTIME AT HOME!
You are here: Home / GAMES AND TOYS / MEET THE IMAGINEXT JURASSIC WORLD DINOSAURS! [#TESTDRIVETUESDAY]

Imaginext toys have always been amazing; Batman toys have constantly been on birthday lists in our home – but now they’ve upped the Dinosaur stakes in an astronomical way.  The new Imaginext Jurassic World Dinosaurs are nothing short of amazing – and I say that as someone who has seen her fair share of dinosaur toys over the past 8 years.

We were sent, in time for Hero’s birthday [hooray!] some of the new Imaginext Jurassic World dinosaur toys to play with.  From the moment I opened the box, I knew that the boys would be crazy about them, but when we actually took them out to play, they were even better than we could imagine.  These are the SUPER toys of your dinosaur playtimes.

Here’s what we were playing with: 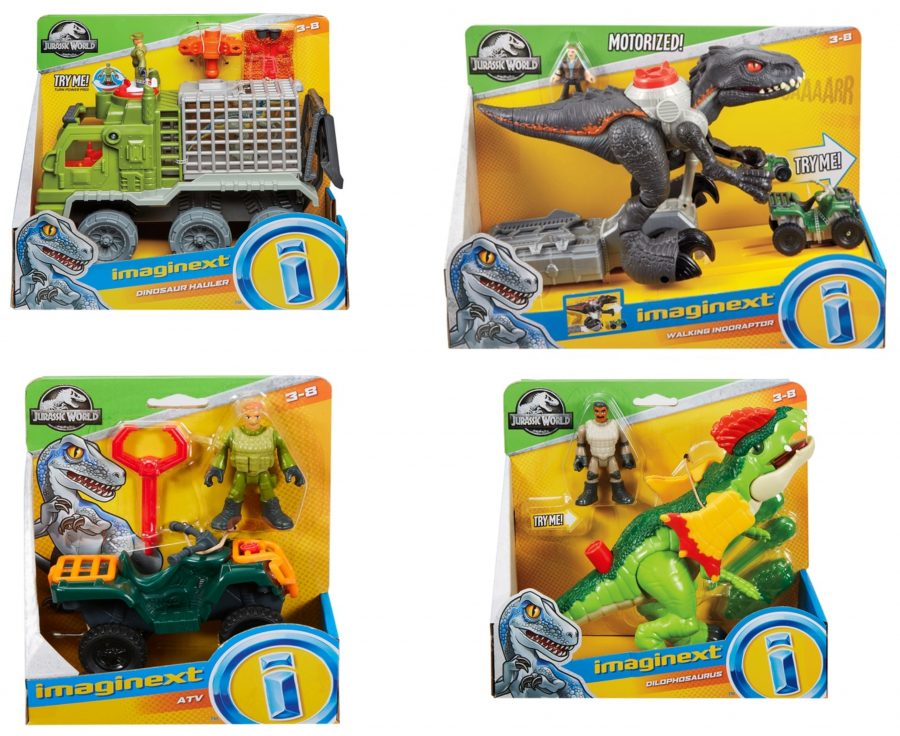 Dinosaurs from Jurassic World are on the loose! The Asset Containment Unit (ACU) races into action with the fully loaded dinosaur hauler from the Jurassic World. A slight turn of the Power Pad lowers the ramp, and a full turn ejects the cage. With Blue the raptor in sight, launch the net projectile to catch her and haul her into the cage. But be careful, one wrong step and the agent could fall in, too! 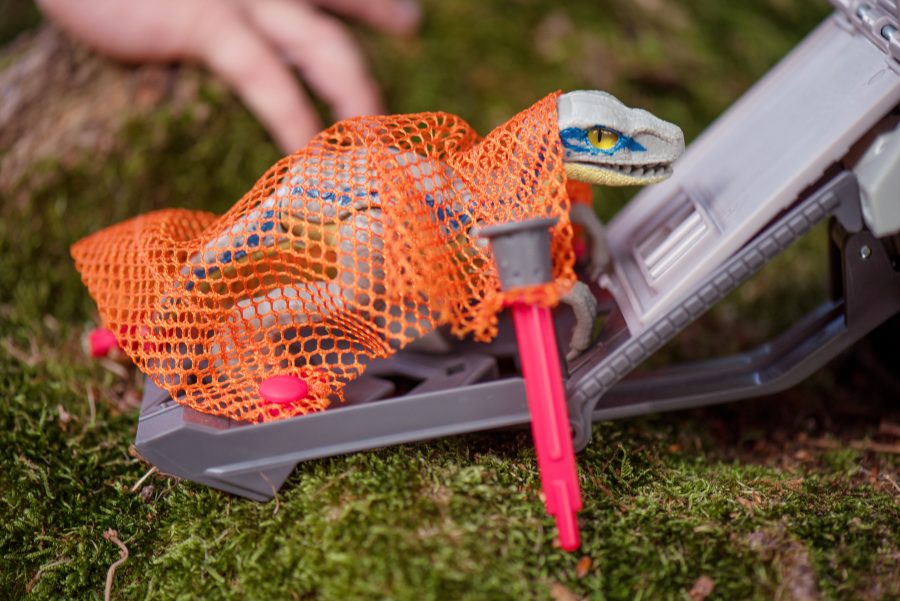 Chase after Blue with the dinosaur hauler – by turning the power pad on the Hauler it lowers the ramp, and if you turn it completely it will eject the cage.  Then once it’s ready, launch the projectile to trap Blue under the net!  Hero loves Blue, he thinks he’s the most beautiful dinosaur in the world. 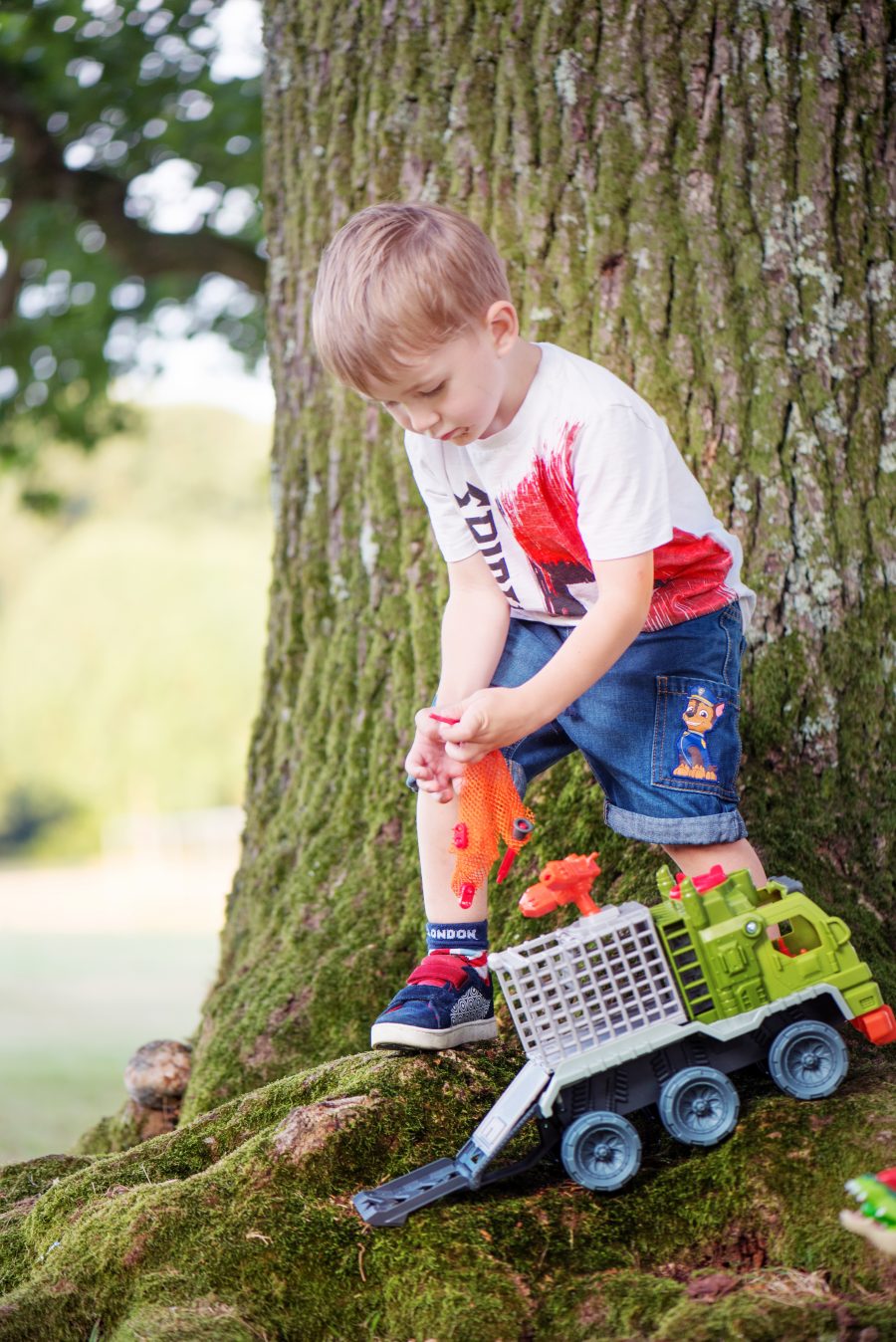 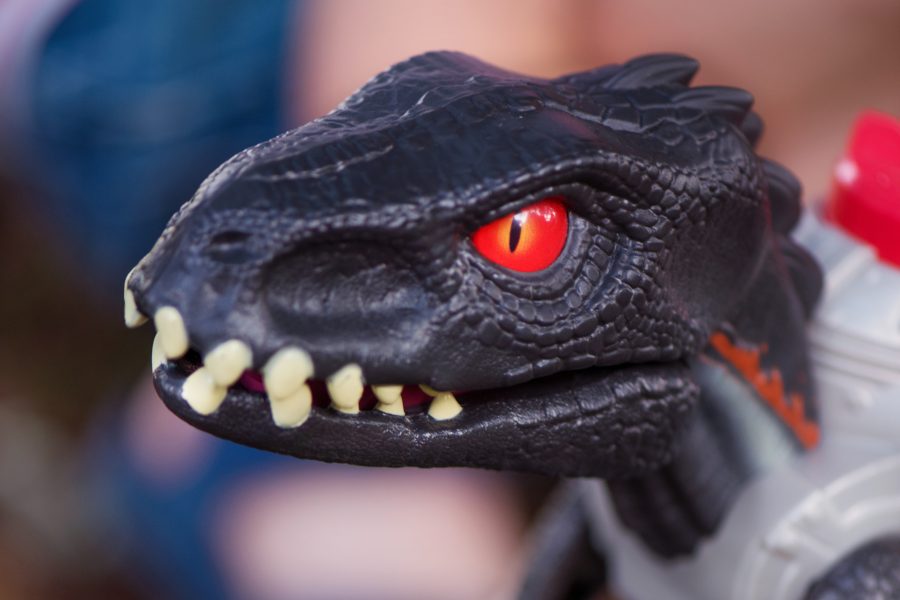 To activate the Indoraptor, you turn the Power Pad to send the dinosaur stomping forward.  He can walk or stomp fast, and if you press the power pad Indoraptor will rawr and open his mouth!

There are batteries required: 6 AA batteries and 2 x AAA but they are all included – hooray! 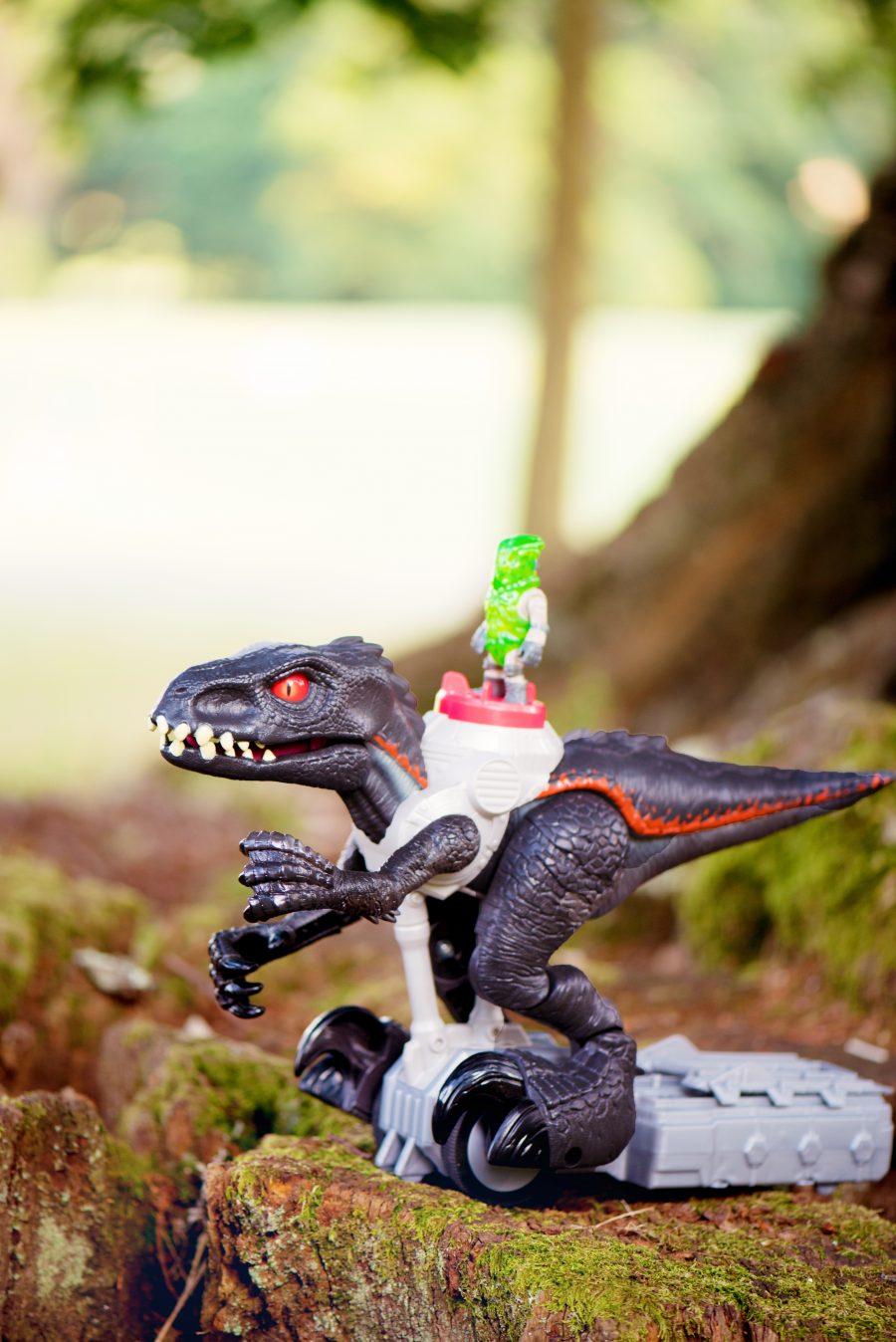 The Asset Containment Unit carefully approaches the dilophasaurus. With the push of the Power Pad, the dinosaur could fire venomous goo at the agent, so he must tread cautiously.

Press the Power Pad on the dinosaur to see its fins expand and to fire projectiles!  These shoot pretty far! 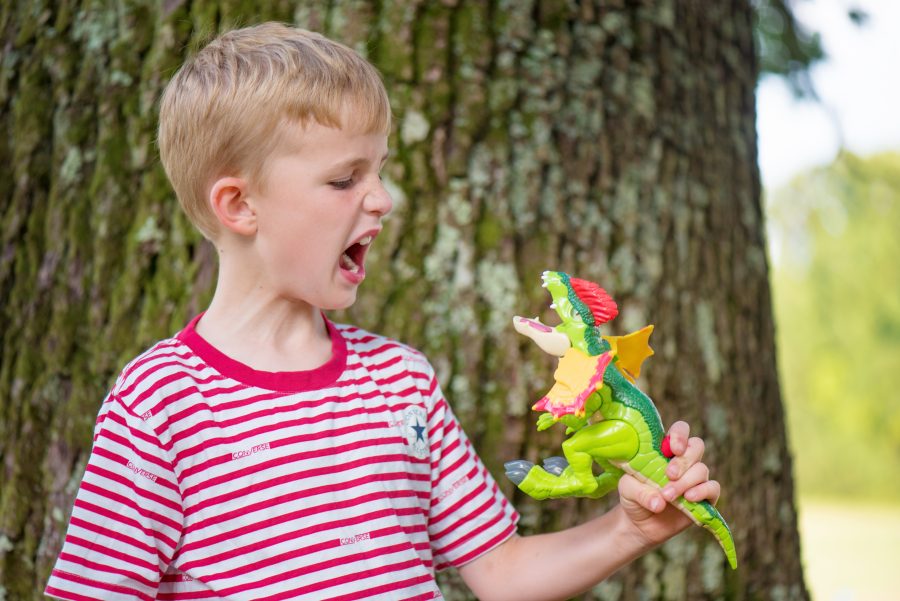 With ferocious dinosaurs on the loose, the Asset Containment Unit jumps into action to get them under control.

With the Imaginext Jurassic World Atv & Technician, your little one can roll the ATV along to hunt down the prehistoric creatures, and press the Power Pad to launch the pincers to catch them! (Additional figures sold separately.) 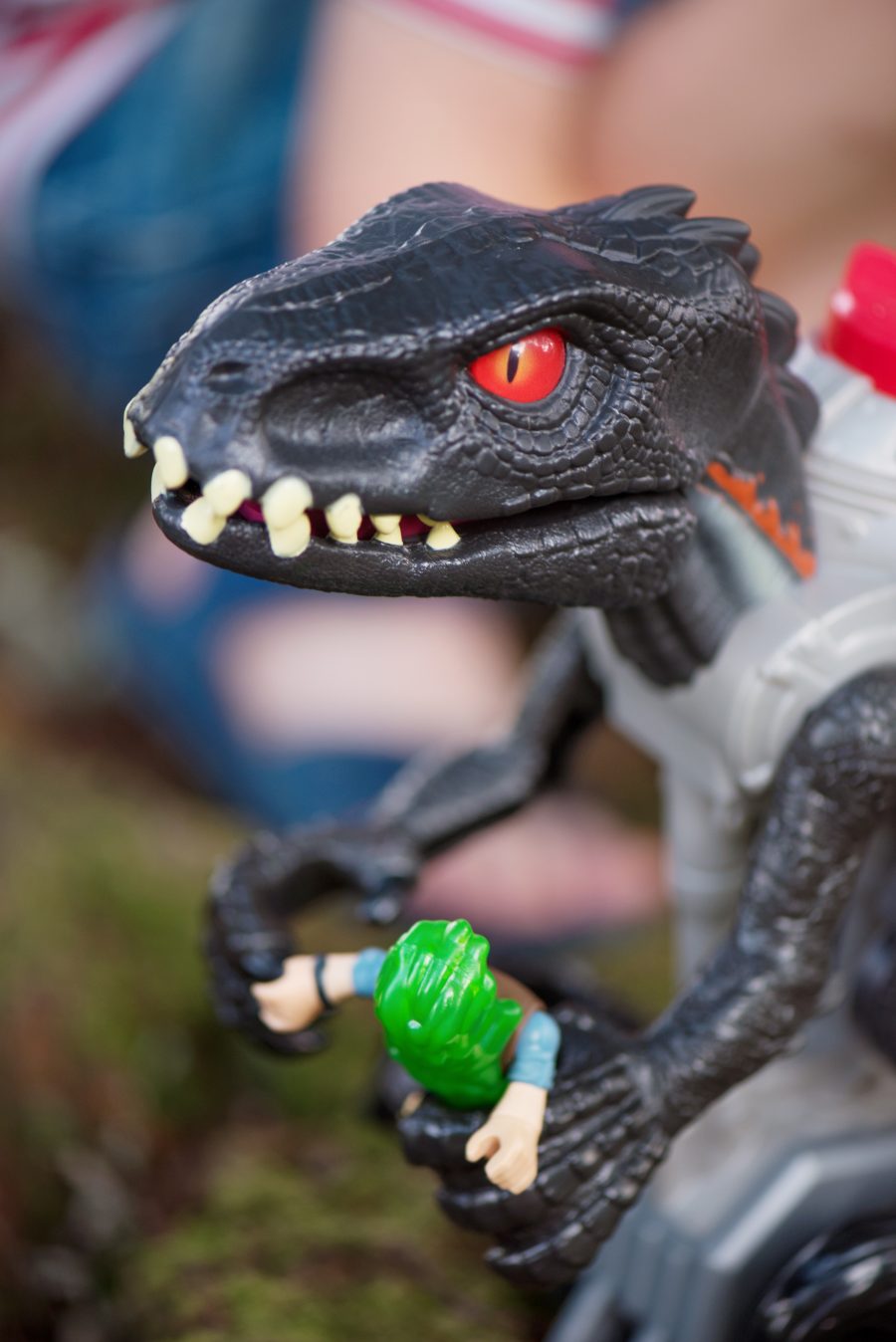 The whole collection!  There has NEVER been a set of dinosaurs so much fun to play with – every detail has been thought of and the glassy little eyes add a real-life [jurassic] aspect to their play.  The boys adore the dinosaurs and haven’t tired of playing with them.  Watching the Indoraptor cycle across the floor is just brilliant.  Hats of to Imaginext, they’ve done it again!  We love the quality, the detail, the thought that’s gone into what children actually WANT from a toy – and when batteries are needed, batteries are included.

What’s even better for the boys is that now Batman has some Dino friends! 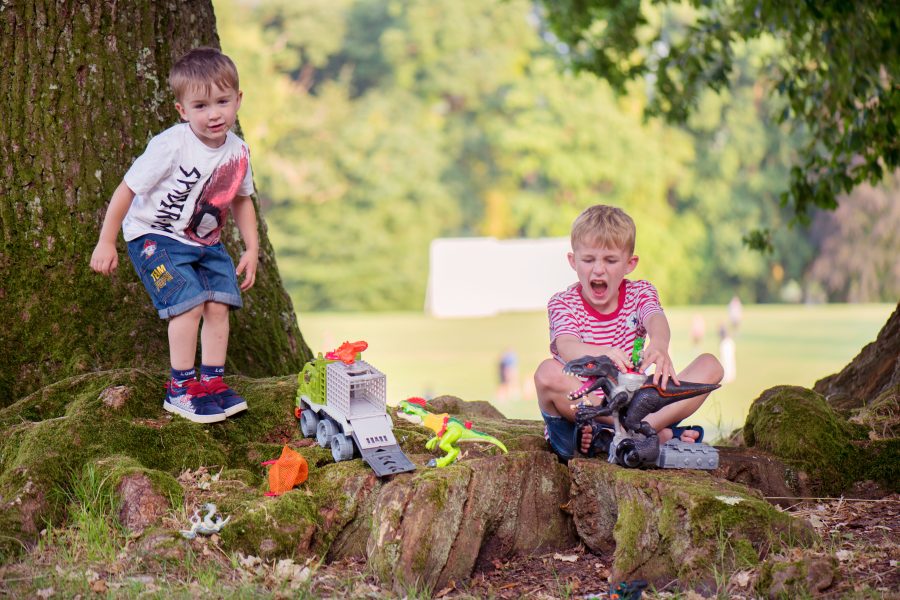 We received the Imaginext Jurassic World toys to review – all opinions are our own.

« INCREDIBLES 2: THE INCREDIBILE AT CALAMITY CANYON [#TESTDRIVETUESDAY]
WIN A BEAUTY AND THE BEAST CHIP MUG #JONESFAMILYMUGSHOT »