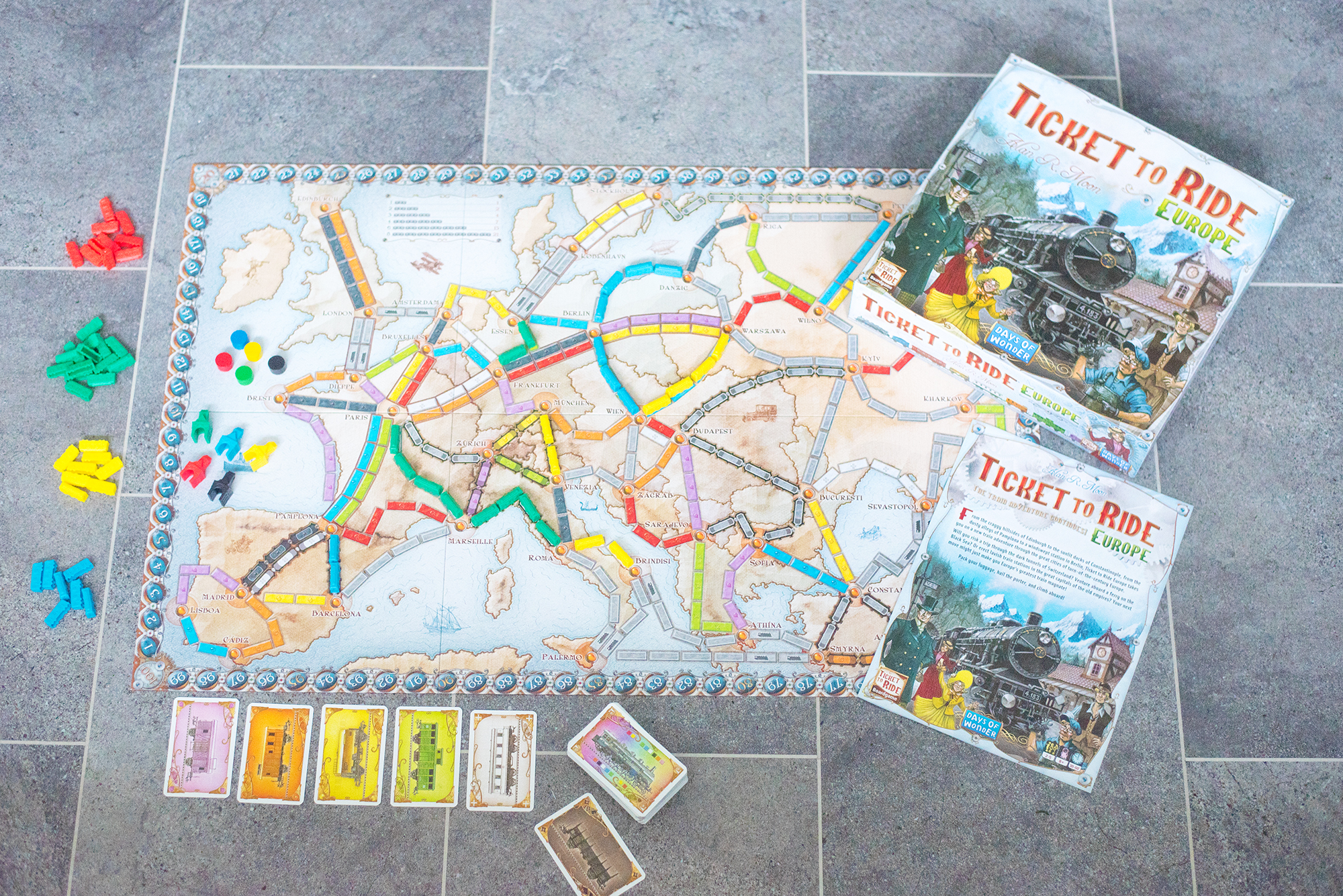 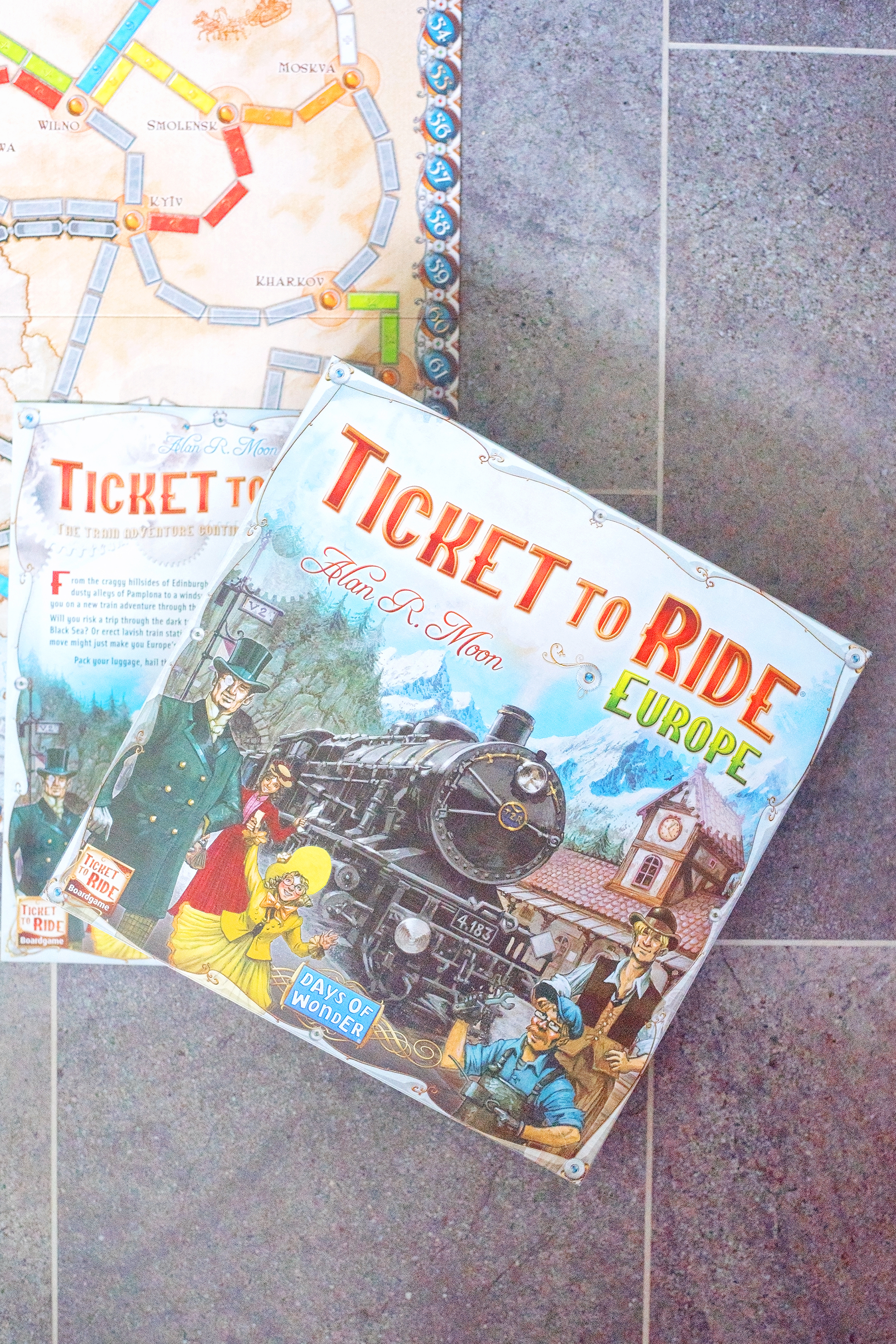 Inside the box are: 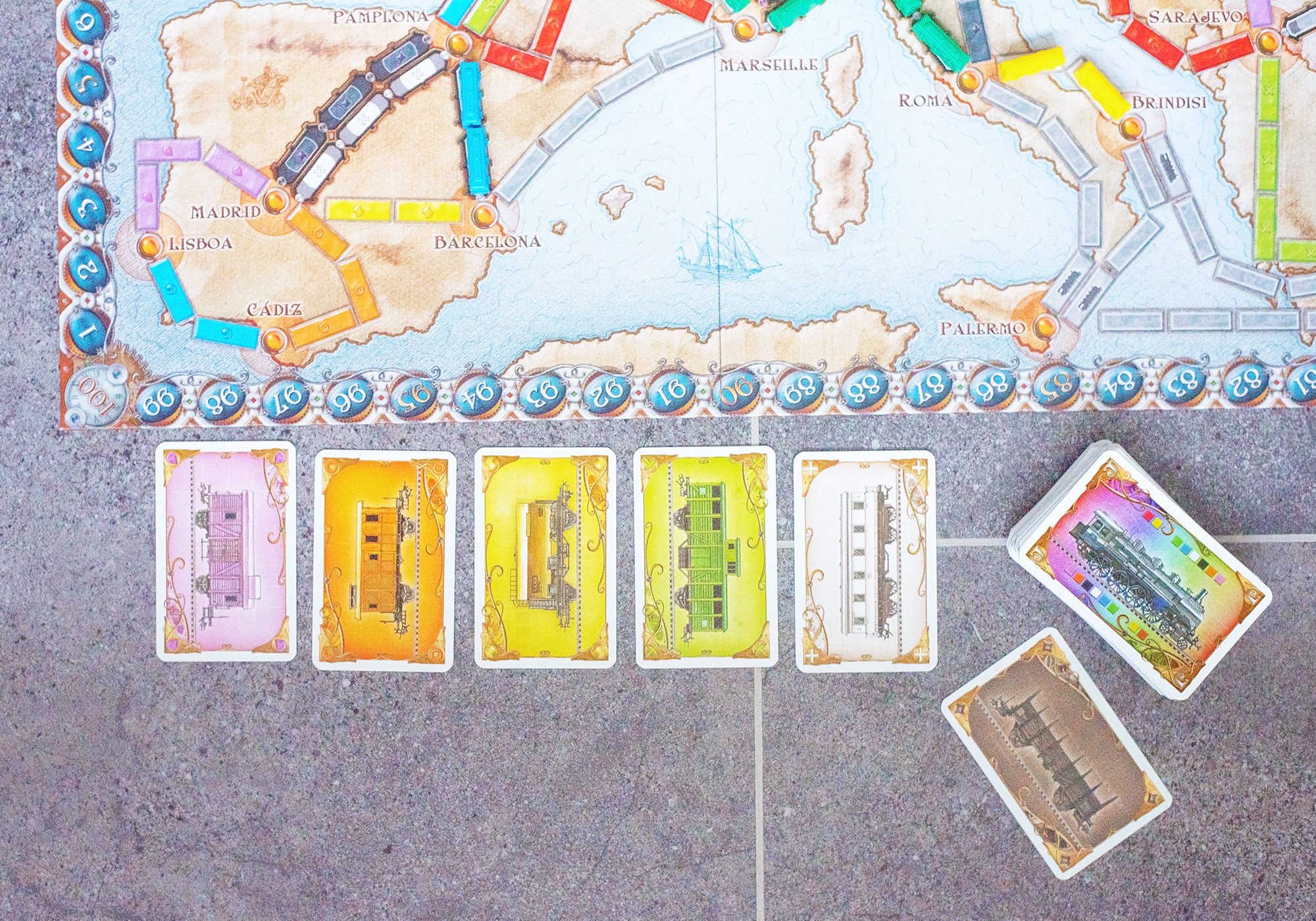 HOW TO PLAY TICKET TO RIDE: EUROPE

The aim of Ticket to Ride is to complete as many secret train tickets, detailing routes [eg Barcelona to Brindisi] across the map of Europe. This is done by being dealt said secret tickets, and then collecting the appropriate coloured train cards in the amount needed to make each connection and laying them before your opponent realises and tries to sabotage your attempts.  There are various coloured cards and rainbow cards which are “Locomotive” cards and special – these can be used as any colour and on specially designated locomotive places on the board.    Points are scored for the amount of carriages laid on any given turn and at the end of the game for any train tickets which have been completed.  You conversely lose points for those tickets which you’ve not completed.

WHAT WE LOVE ABOUT TICKET TO RIDE: EUROPE

The competitive nature of the game – trying not to let on where you’re planning to go is quite hilarious.  It’s also brilliant fun trying to work out which tickets your opponent has in order to try and block them or make life difficult for them.

It’s a strategic game in that you need a plan [everyone loves a plan] to connect your far-flung cities to gain the points from the big ticket – and tactical in that when things go wrong, you need to be able to change your plans swiftly as your plans become scuppered by your opponent. 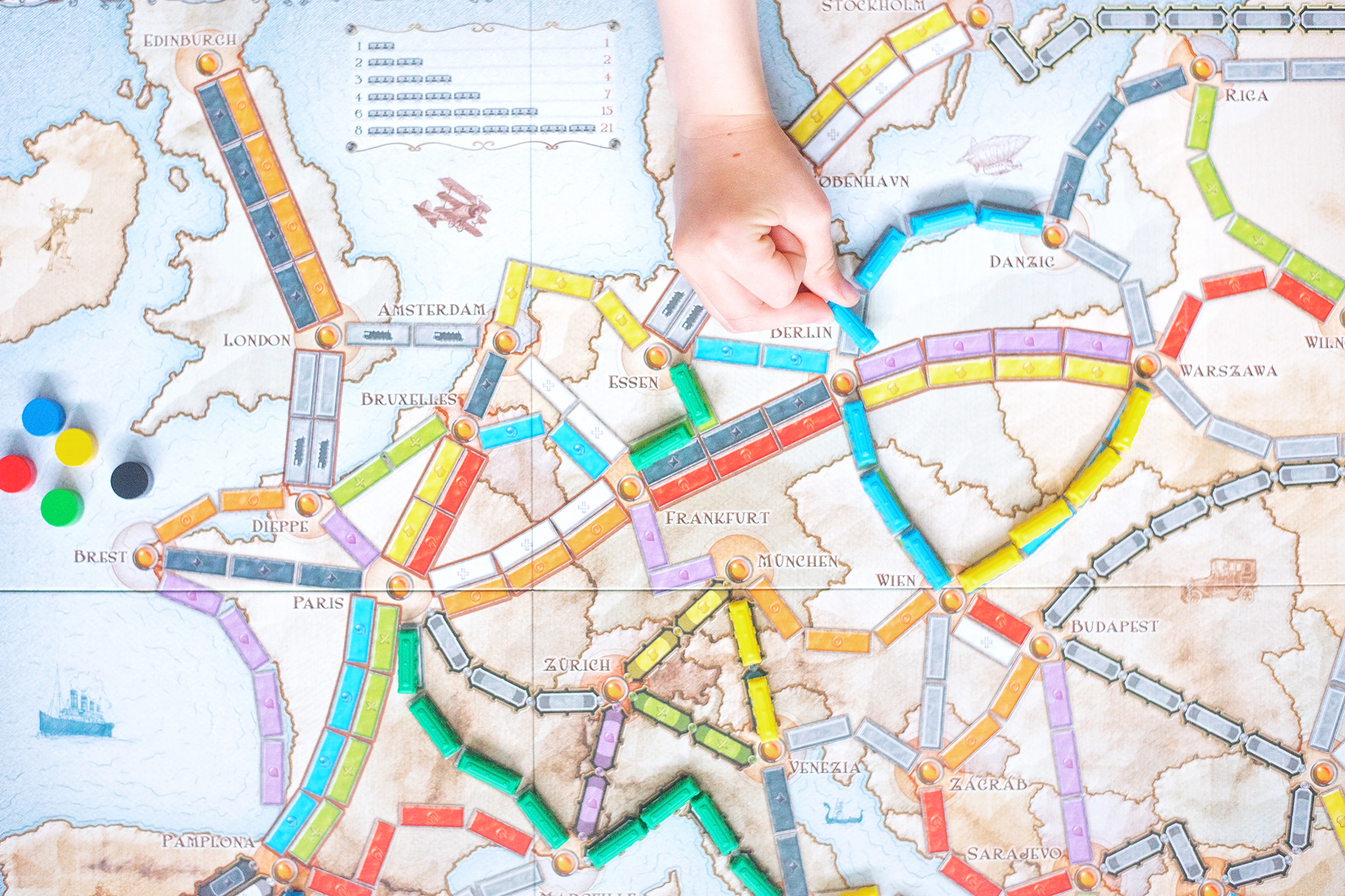 The rules for Ticket to Ride: Europe are simple, but there’s so much to think about and juggle in your mind.  It’s a game that can be learned within a few minutes and nearly everyone in the family can play with a little encouragement.  You can be as competitive as you like – it’s not a game which is directly competitive by nature – you can choose to be kind and not hinder each other, or if you’re like me and Gav, you can wage all-out railroad war. 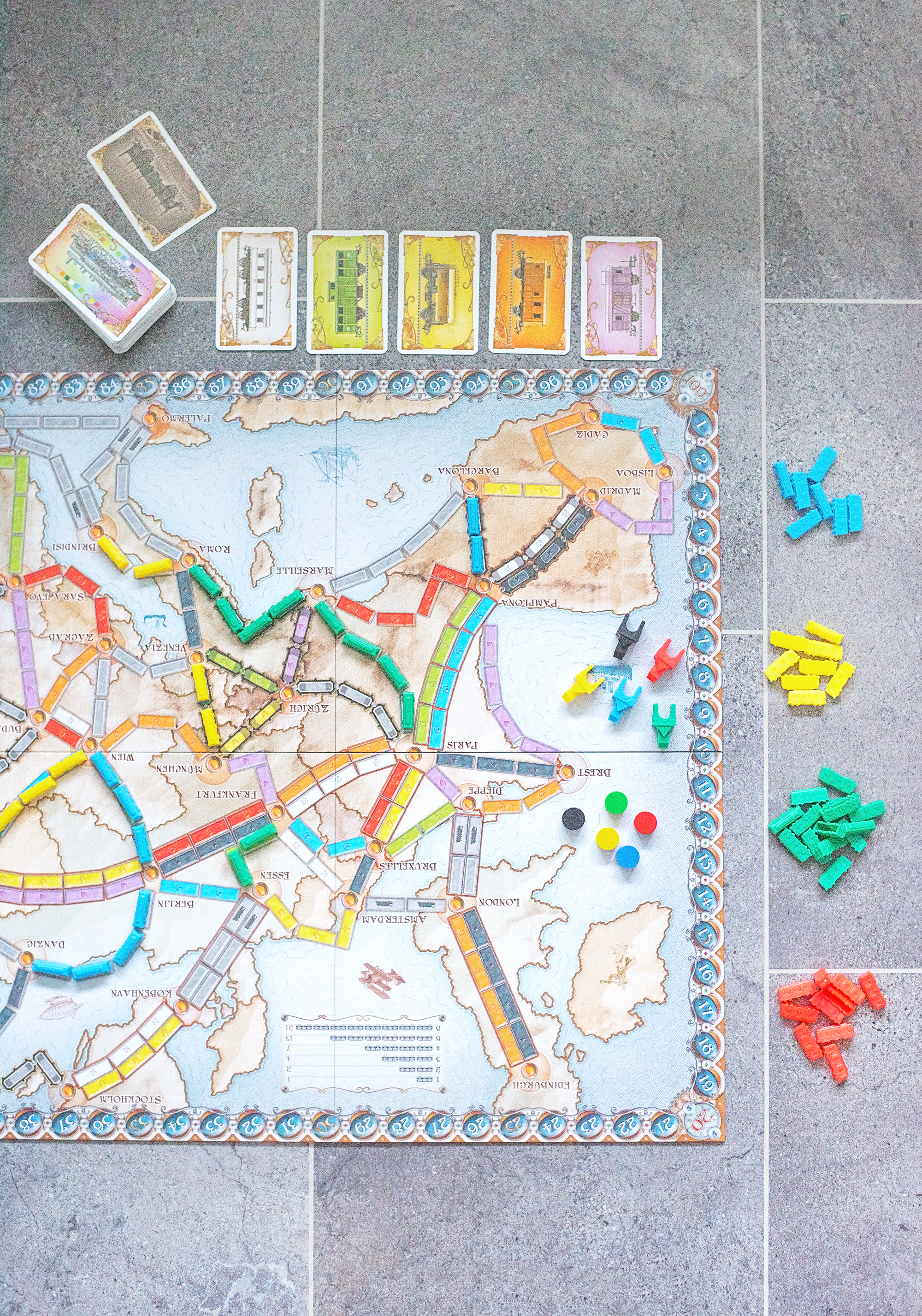 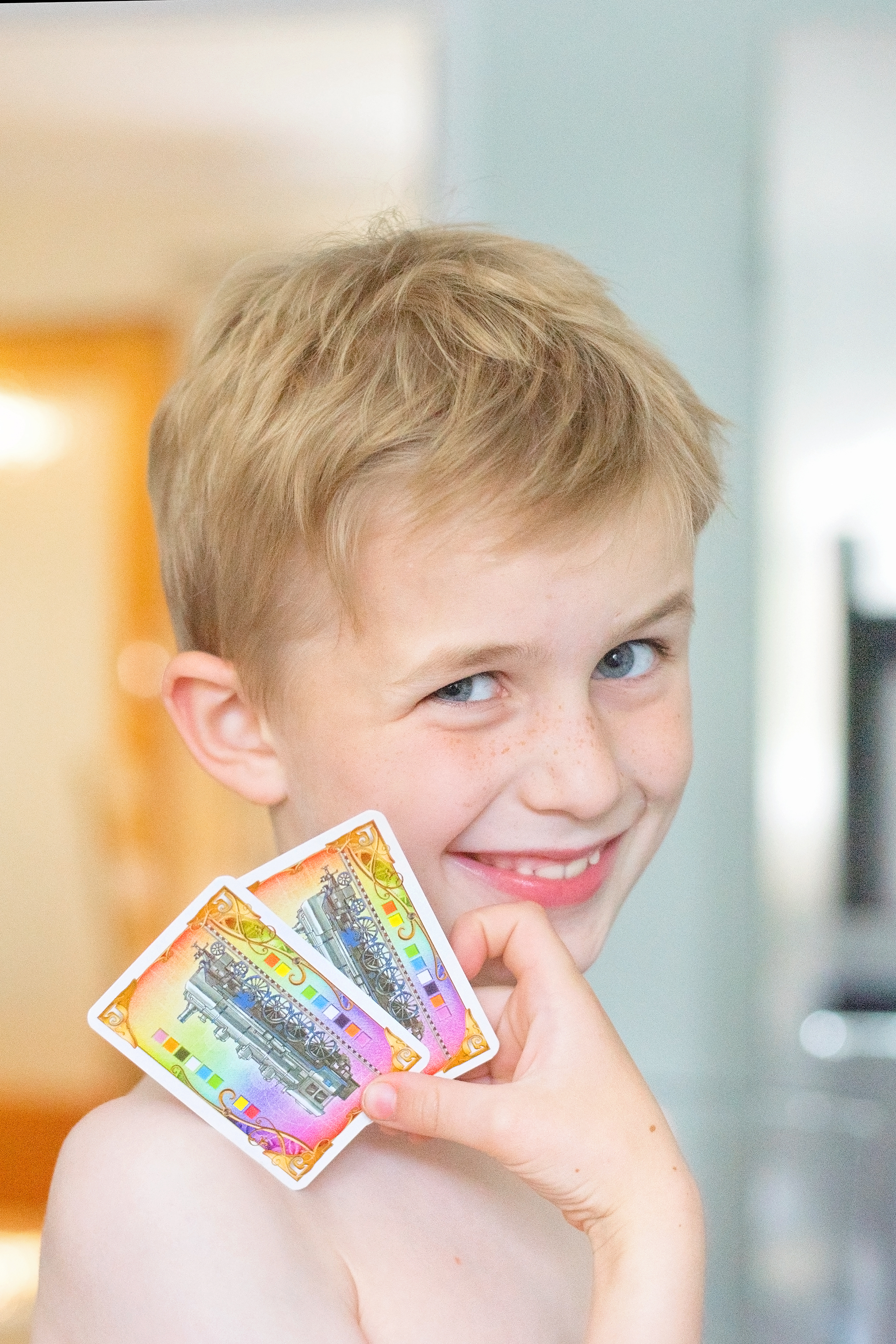