In our house, there’s a divide between the three boys.  Those who love marmalade…and those who do not.  Being on the marmalade-loving boys team by himself, Hero has a furry hero of his own.  He wears red boots, has a little suitcase and comes from deepest, darkest Peru.  Paddington Bear.

Paddington Bear arrived on our snowy doorstep this morning courtesy of a very brave Parcelforce Team who told me they were something a little more colourful than “brave” for coming out into our town today as we have more snow than we’ve seen in Hampshire in nearly 20 years.  I couldn’t remember that we’d been lucky enough to be chosen to home Paddington and so when we opened the box it was a huge surprise for us – and Hero’s face lit up as he ran over to hug him.

Paddington is nearly as big as Beans.  He’s a really big, soft, huggly, snuggly bear and Hero is in love.  I suggested that Granny might love him, as Granny has a very old Paddington from years ago – one which every one of her children and grandchildren [me included as a tiddler] have worn the real wellies of.  At this point, Hero grabbed hold of Paddington’s hand as they sat on the sofa together and told us that Paddington really [weeeeelly] wants to stay with him.  They then spent the next twenty minutes playing sharks on the carpet together.  Paddington stays, sorry Granny.

Our newest furry friend has a felt hat and coat with embroidered buckles which are sewn to his body, and embroidered features.  He’s well made and very soft.  We do love him, and he’s staying – but we have one to give away too!  See the bottom of the post for details!  We made the mistake of telling Hero that we were giving a Paddington away…he thought we meant *his* Paddington… 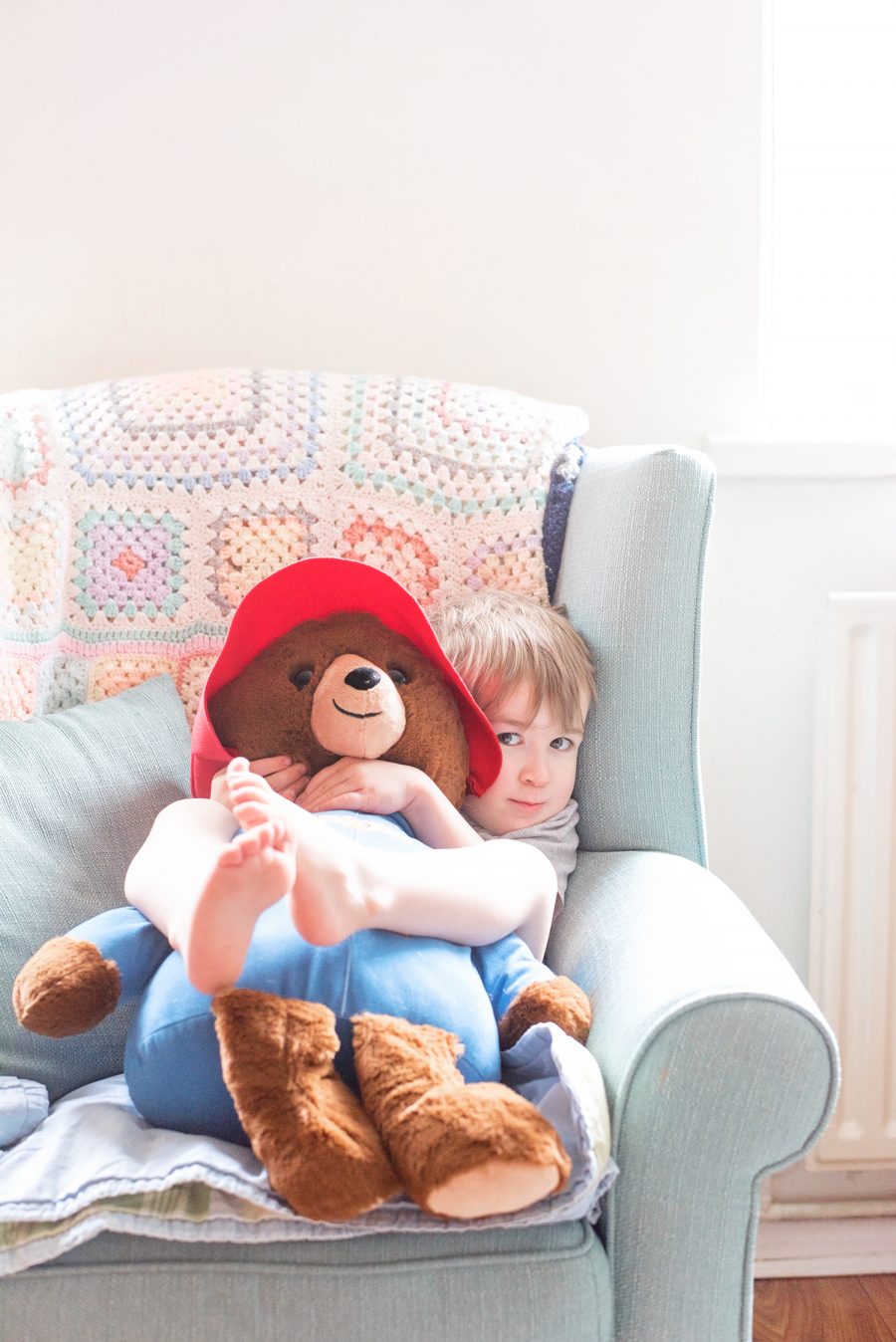 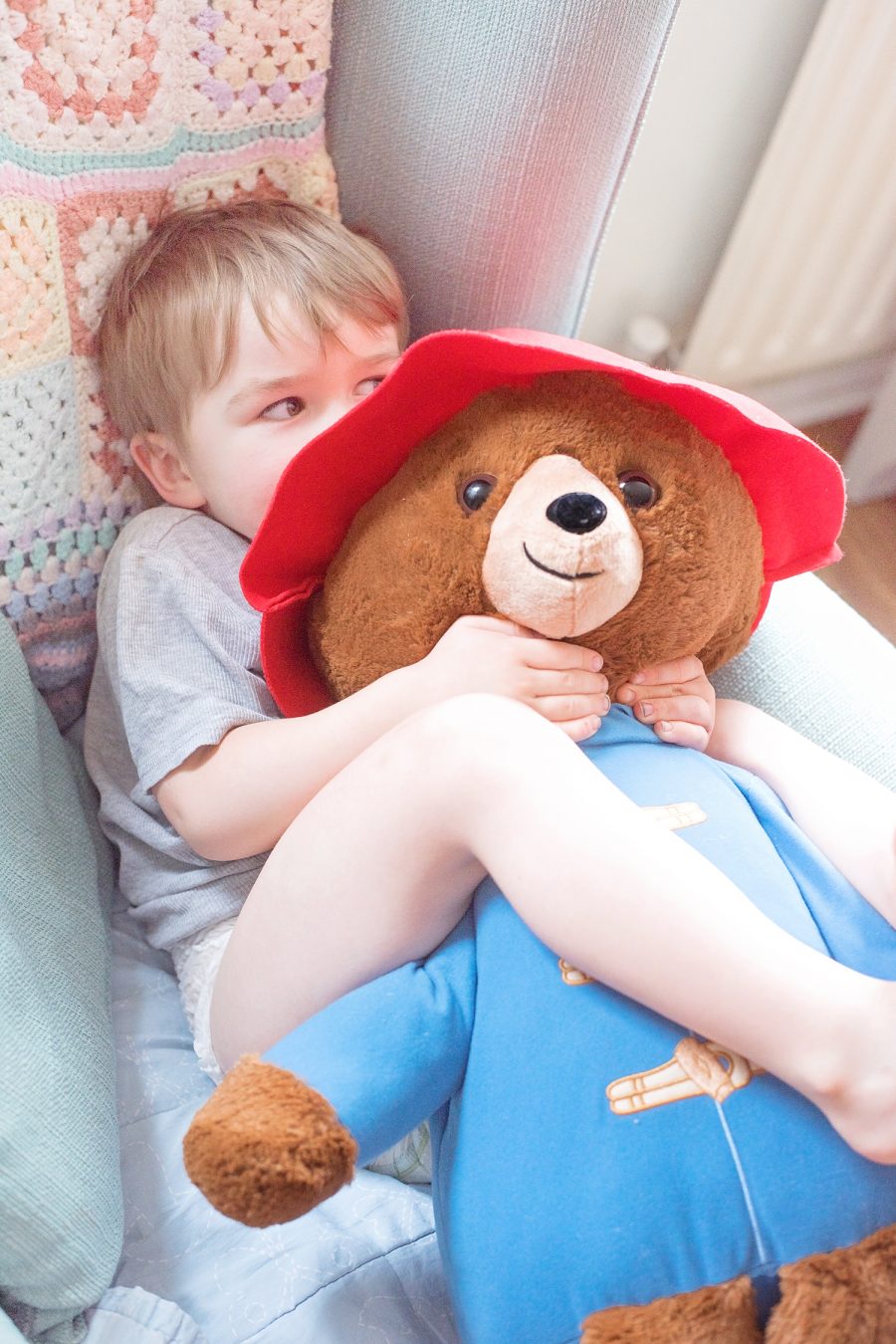 That this is a toy which is perfect for the smaller members of the family – there are no small parts and he’s extra soft and light.

He had wellingtons and a little case, Paddington doesn’t seem the same without them! 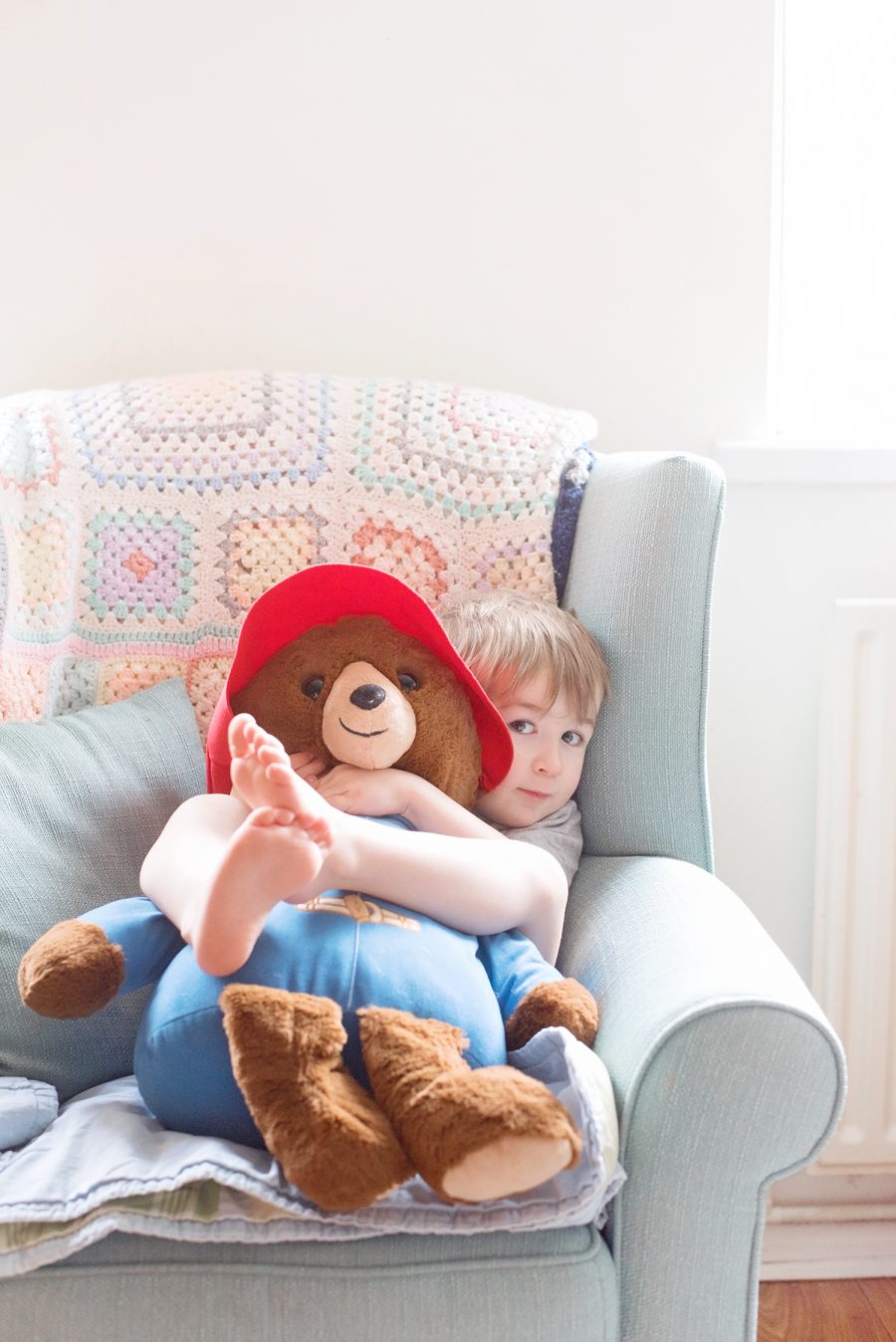 Hero adores Paddington and he’s taken up half of my bed since the day he arrived.  If you have any Paddington fans, enter our competition below for a chance to win a Paddington of your own from Rainbow Designs! 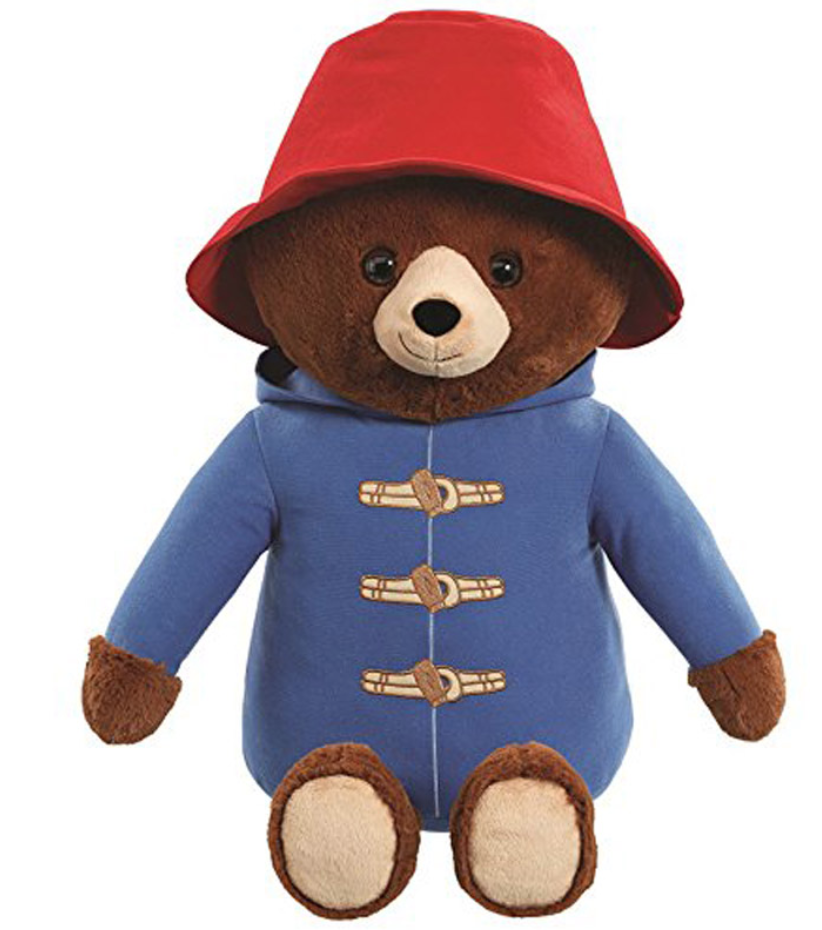 A CARE BEARS PARCEL FOR ME [APPARENTLY]