Before this month, I had only ever been to Scotland once in my life – and that was a whistle-stop drive through Newcastle to play rugby at the University of Northumberland on the BUSA tour.  Suffice to say I have a few select memories – I remember how cold it was sporting my beloved Gilbert shorts on the icy pitch, that my thighs were red-raw when the final whistle blew, the pub was brilliant, and that we were all far too excited when we spotted a man wearing a kilt through the window of the coach on the way home to Ponty.  I think someone took a beer tray with a Scottish logo on it from the students’ union as a souvenir and there were a few Travelodge bath sheets that had been smuggled out too.  Ah, students.

When Mel suggested that we headed way up north for a retreat with some of our blogging friends at a beautiful location she herself visited a few years ago, in Scotland. I was so curious as to what it really was like in Scotland, because although my heart will always be in Wales [and so would the rest of my body if it was possible] I’ve always wondered what the real Scottish Highlands were like.  Whenever people mention Scotland down here in the South of England, it’s usually mentioned in a conversation relating to one of four things – Haggis, Loch Ness Monster, handsome kilt-wearing yoga-loving men [thanks, Facebook] and much cheaper houses.  That last one gets me every time.

After taking a peep at the Eagle Brae Instagram account, I soon saw that I truly was headed off to Scottish paradise.  You see, I have two ideas of paradise.  One is the sunshine paradise – the beach, the clear blue skies and Mickey Mouse nearby…and then there’s my idea of everyday paradise.  Wide open space, wildlife and fresh air….peace and quiet, and room to roam.

Anyhow, the day finally came and I met Mel at London Euston on a fun-filled strike day for the tube and rail services, and we miraculously boarded the Caledonian Sleeper for a long trundle up through England, throughout the night, to Inverness, our destination. After disembarking [with MdDS which I’m now two weeks into the horror of], we took a tour of the castle, saw the River Ness, grabbed a coffee, a bit of grocery shopping for things that looked like slabs of human flesh [Lorne Sausage] and took some photographs of Highland Coos before heading off with Laura and Laura to Eagle Brae. 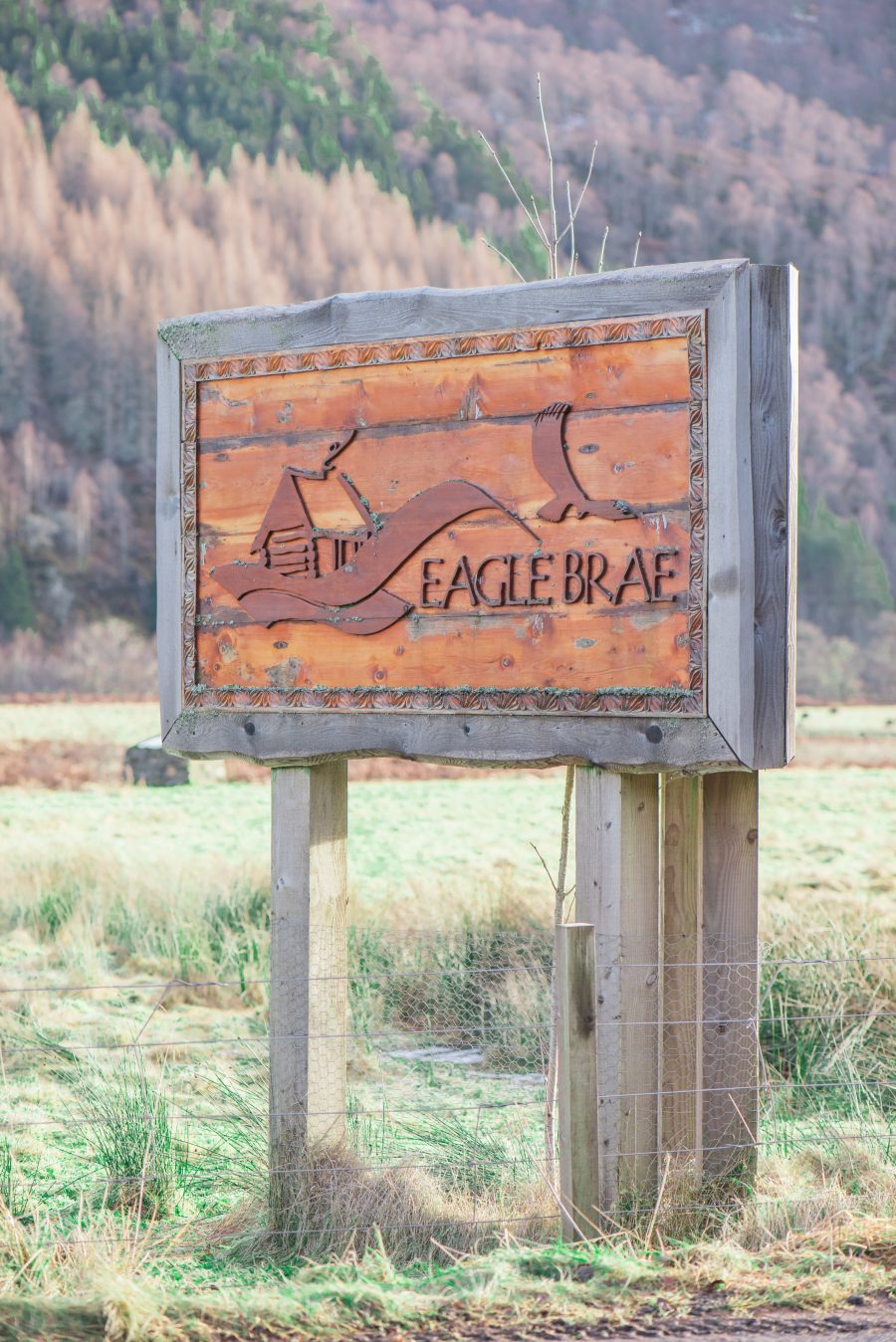 The drive to Eagle Brae was breathtaking.  Snow topped hills [which I repeatedly called mountains], Douglas fir and Silver birch trees, deep blue skies and long, wide, winding roads.  If I’d had to guess the location I’d have said Canada.  It’s just so beautiful – so big, so open and so free.  We arrived at our destination and began the climb into the hills to reception as the sun began to set.  My jaw didn’t know whether to drop open or break into the biggest grin possible. Eagle Brae is magical. 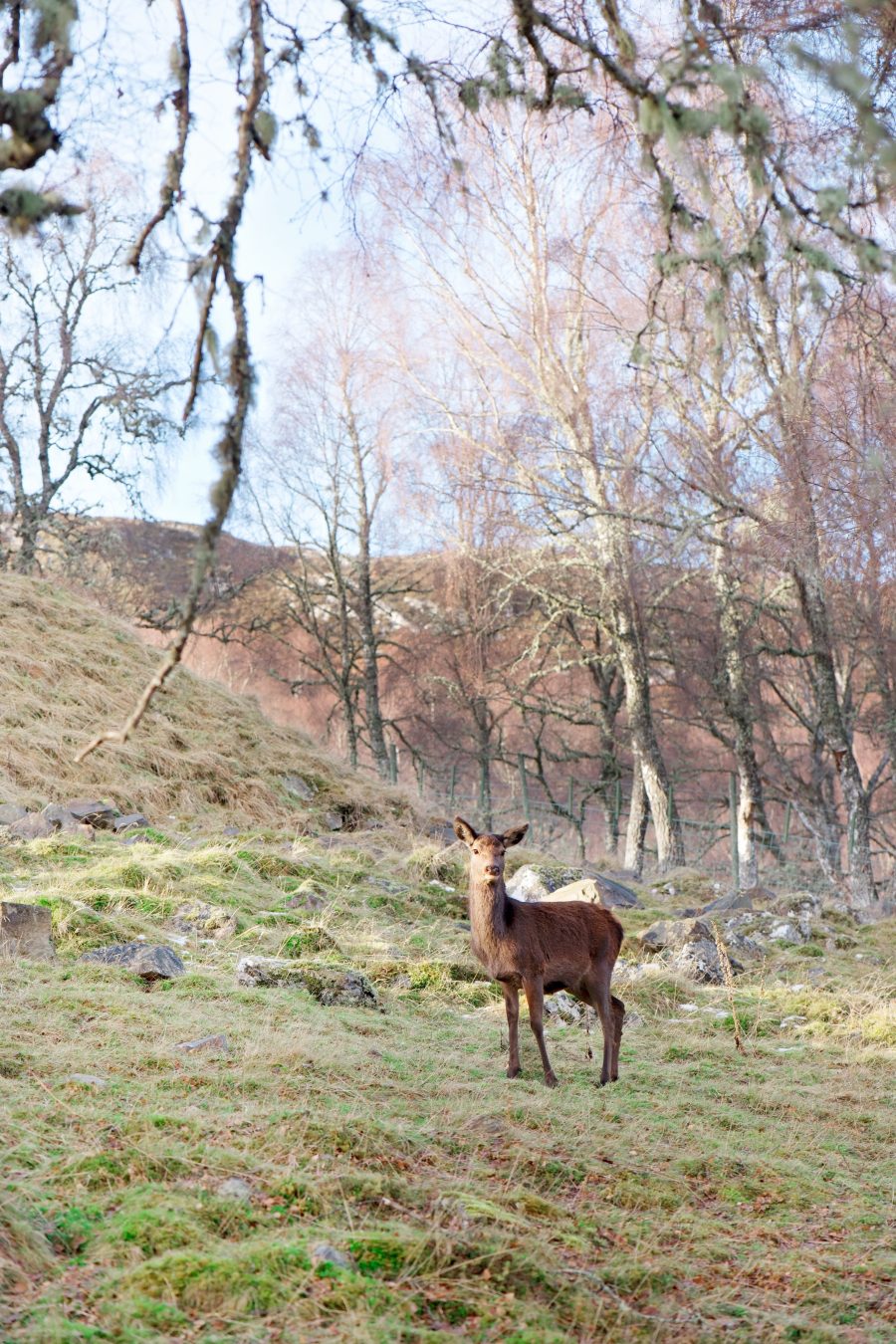 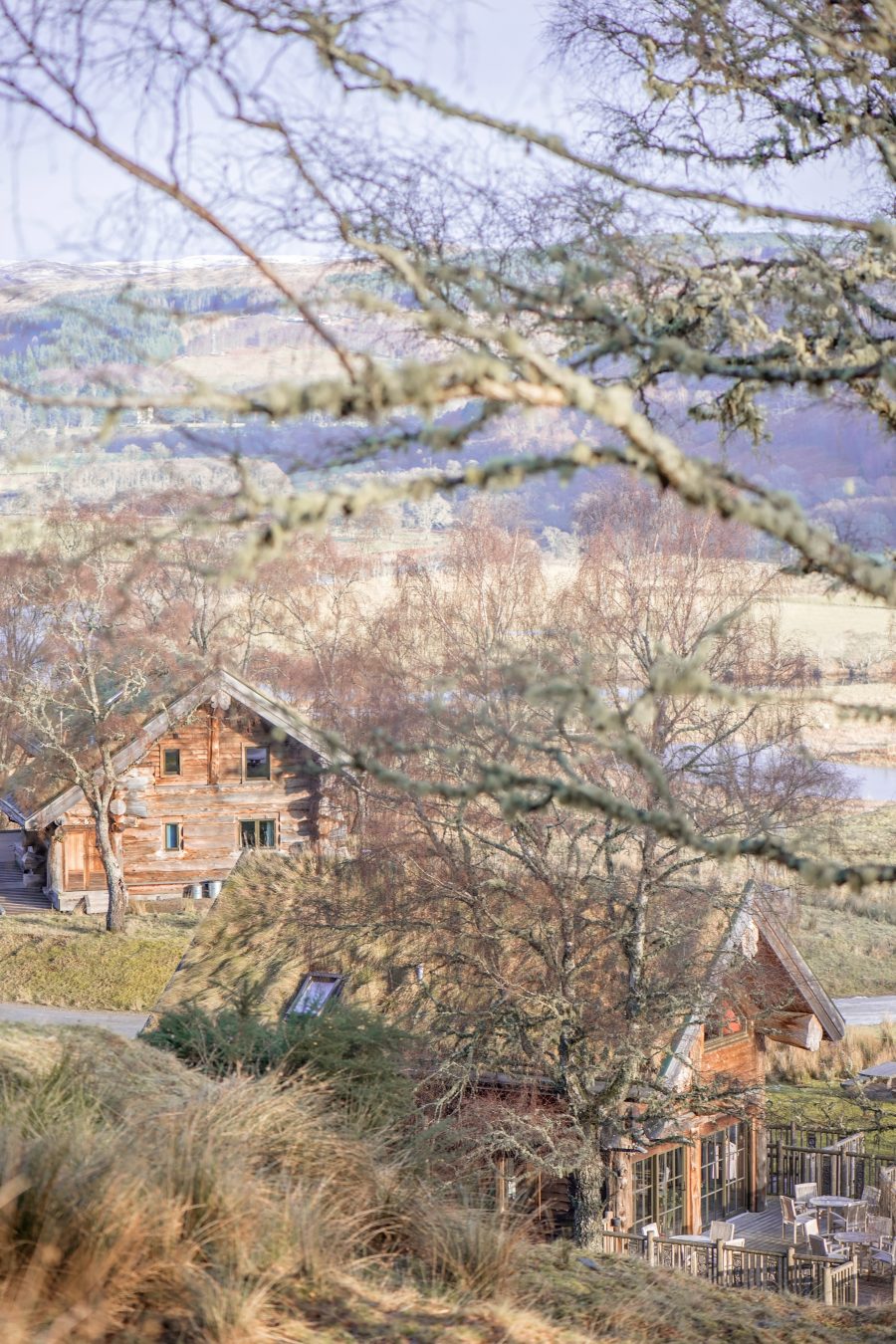 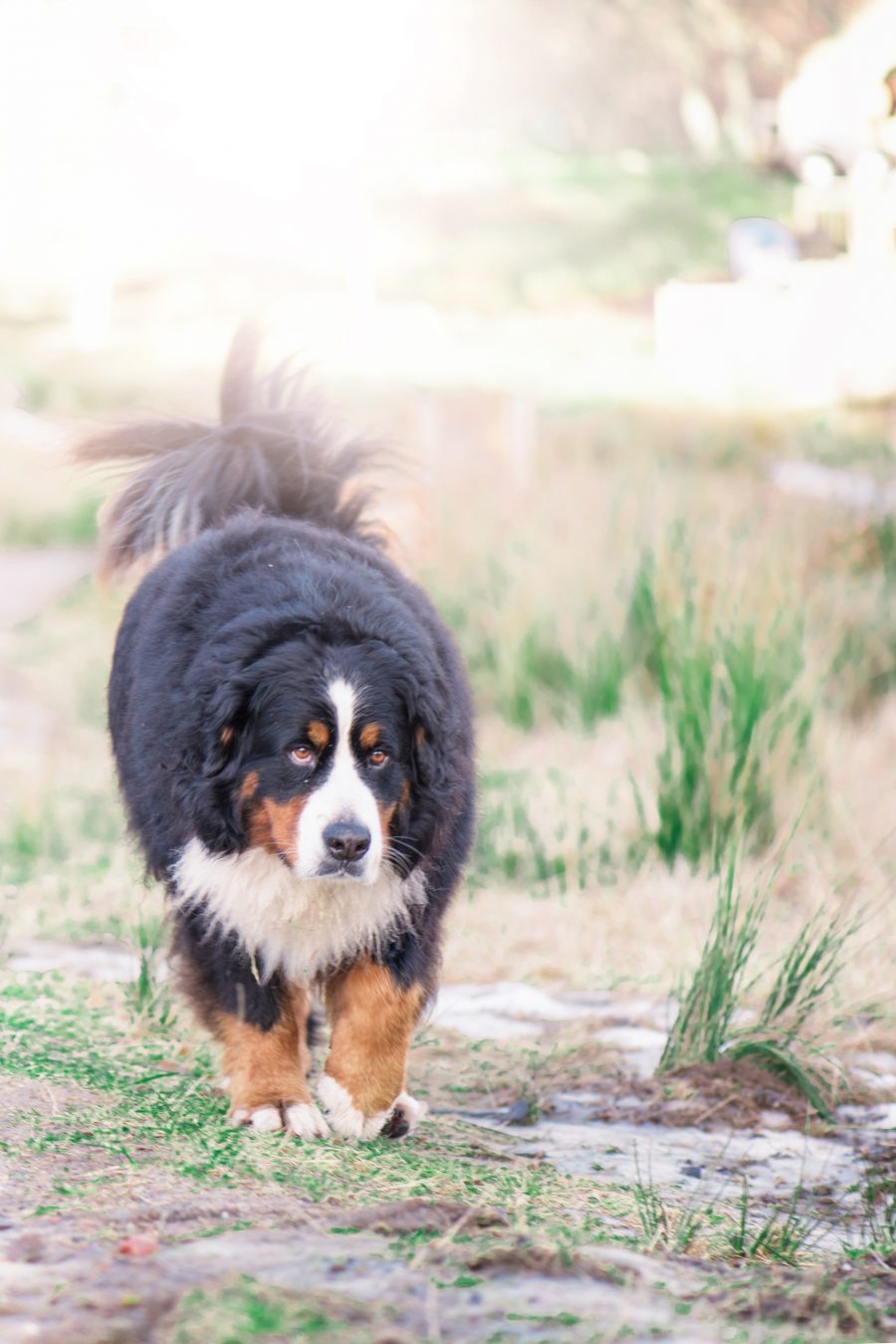 Unlike so many outdoorsy holiday destinations, at Eagle Brae you can roam free, run free, and without fear of being run down.  Besides the fencing for the goats at reception, there are no barriers, no fences and Scottish woodlands and wildlife all around.   There are hills to climb and roll down, icy streams that trickle through the hills to a pond inhabited by the fluffiest of ducks, and two big, beautiful Bernese Mountain dogs wandering around to fuss with.  All this is before you’ve even reached your cabin. 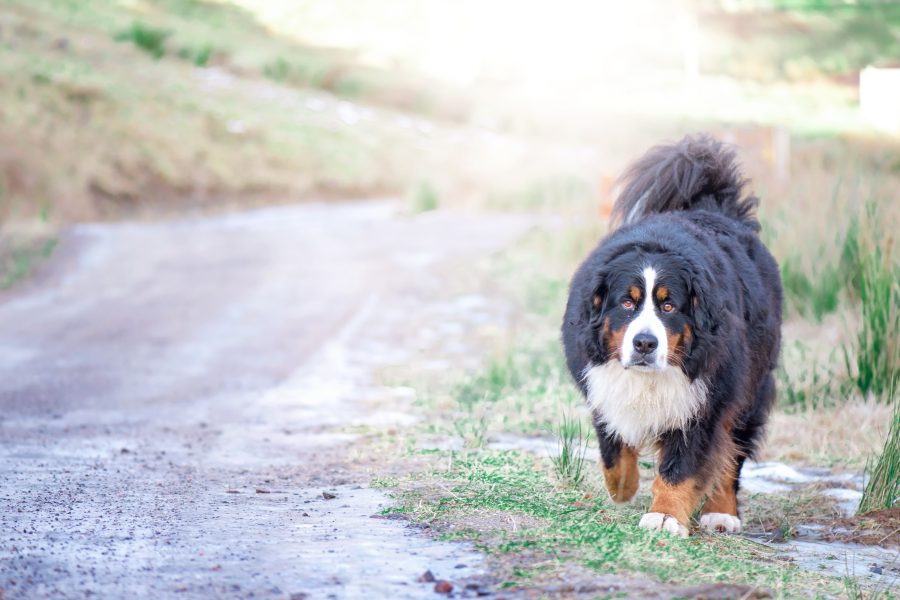 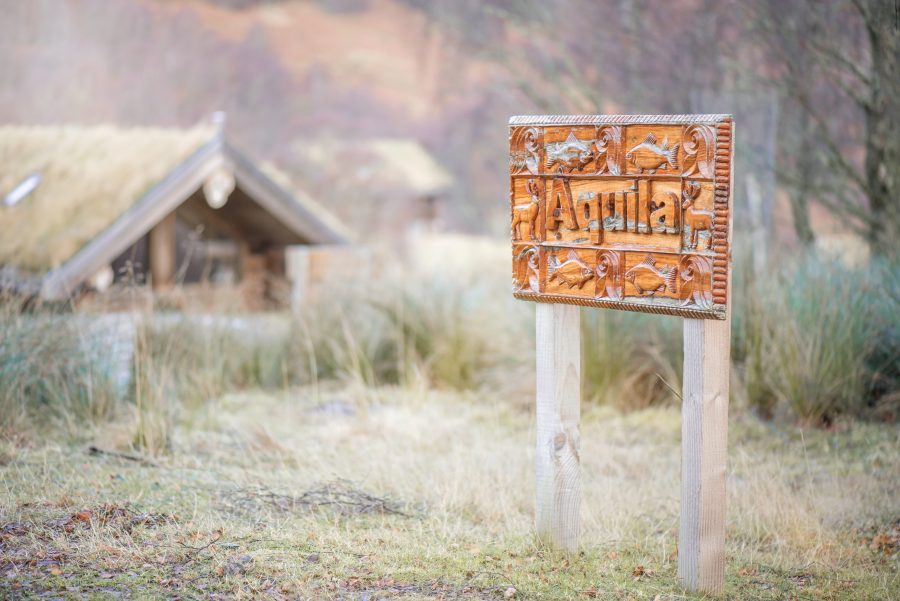 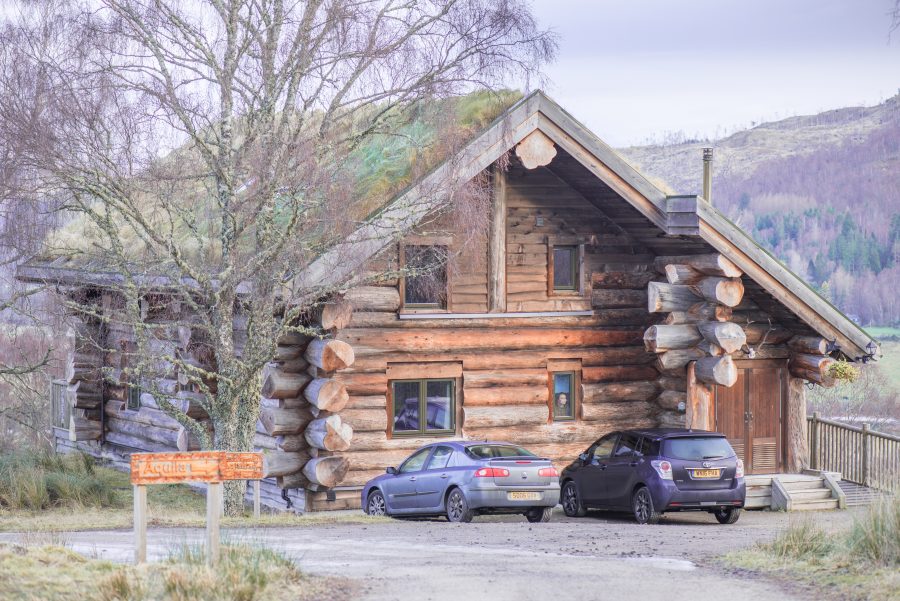 As a group of ten, we were split between two cabins, mine being Aquila – high in the hills with a view from the balcony that I could never forget.  To be able to drink my hot tea, pyjama clad and wrapped snugly in a floppy grey cashmere wrap whilst gazing at the stags which confidently stalked their way below me and the teeny bluebirds which flitted about the seed dispensers, it was like coming home to somewhere one has never been, but always belonged. 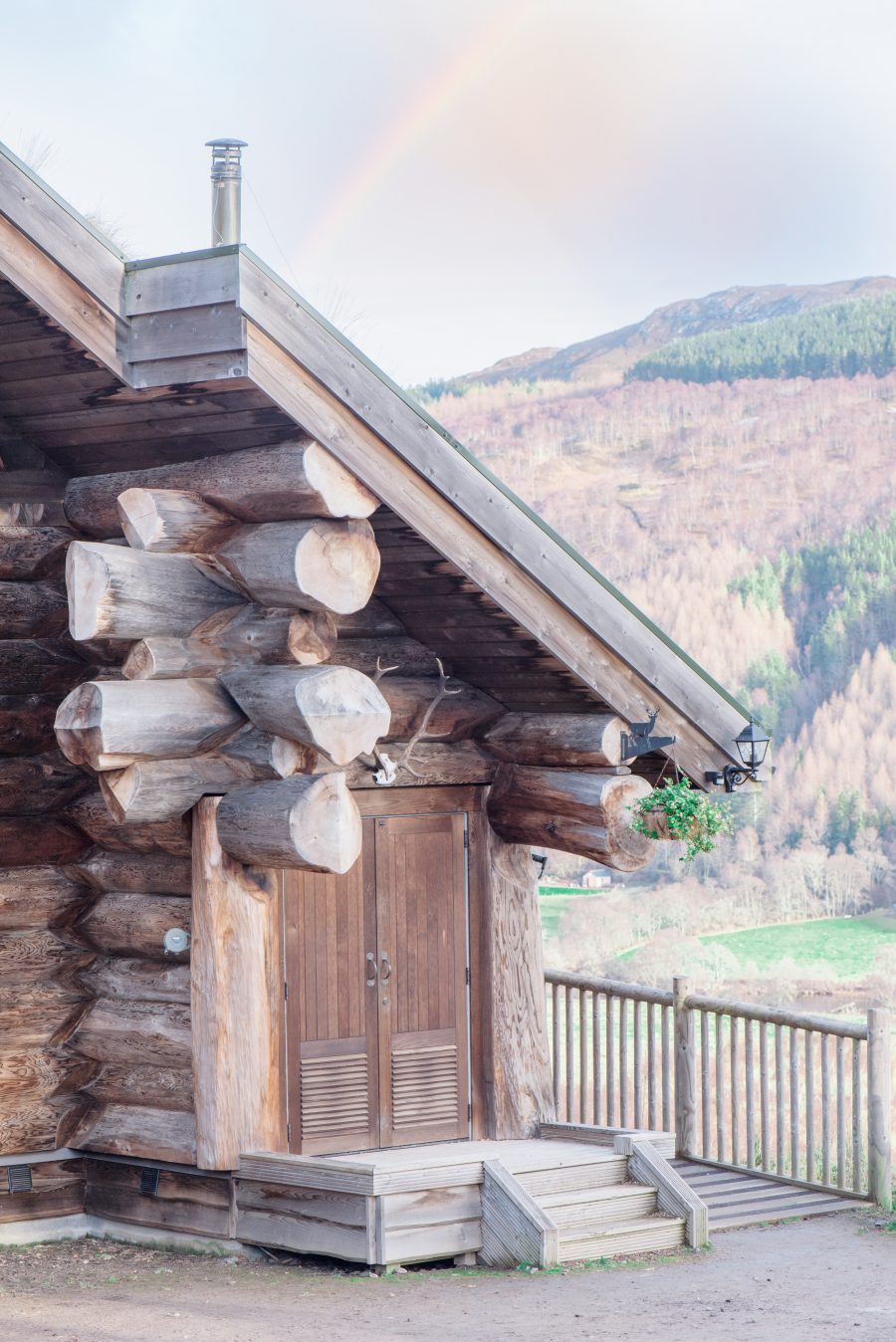 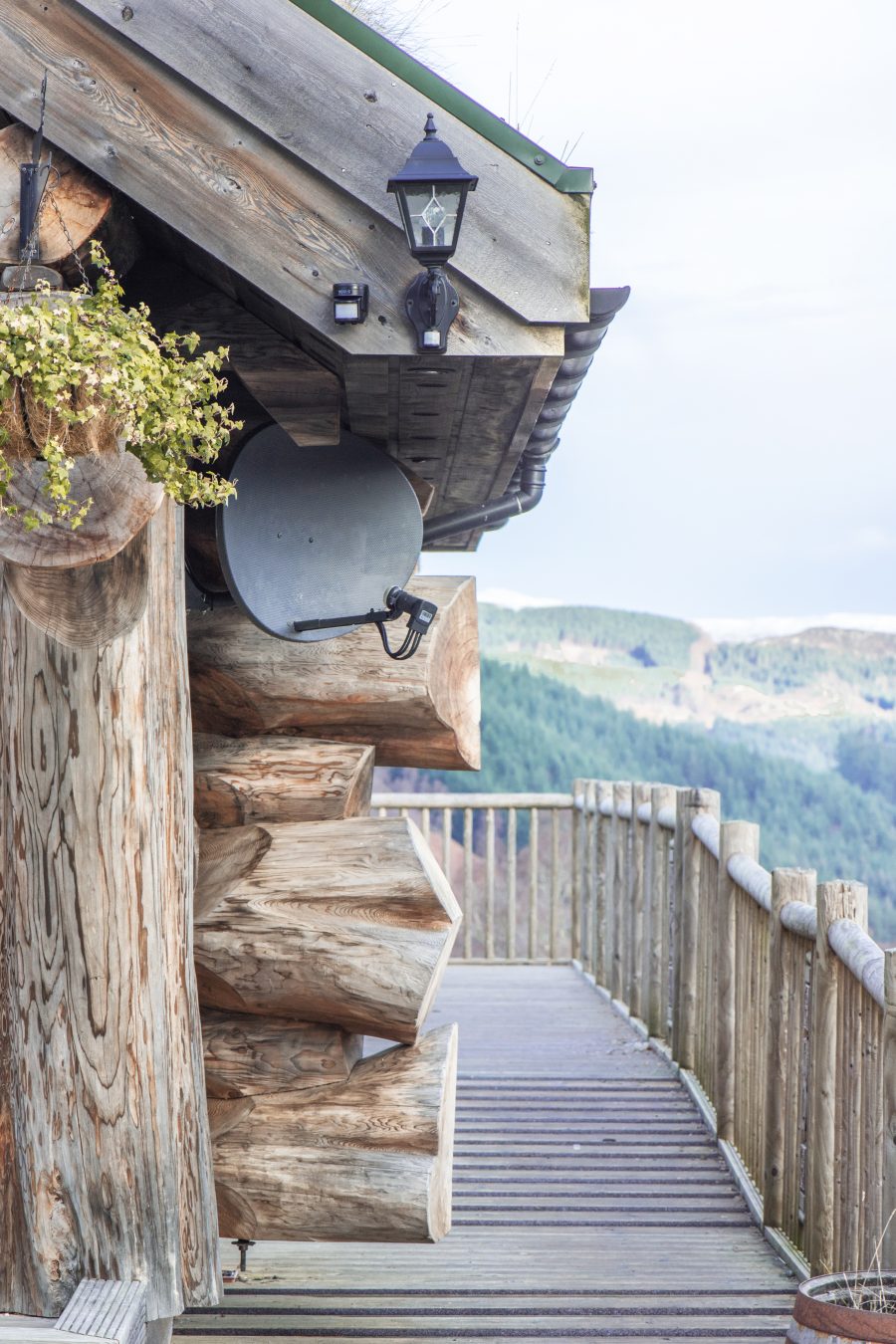 Aquila slept the six of us very comfortably with its two twin rooms and two nook beds – these are the kind of beds which children are desperate to go to bed and sleep in.  Complete with their own little curtains for privacy, I wished I’d had one when I was little too.  Downstairs on the kitchen table, an exquisite gift basket awaited us, and whilst we all explored the lodge, cameras in hand, a log burner kept the lodge cosy whilst the underfloor heating made me never want to return to my own kitchen floor ever again. 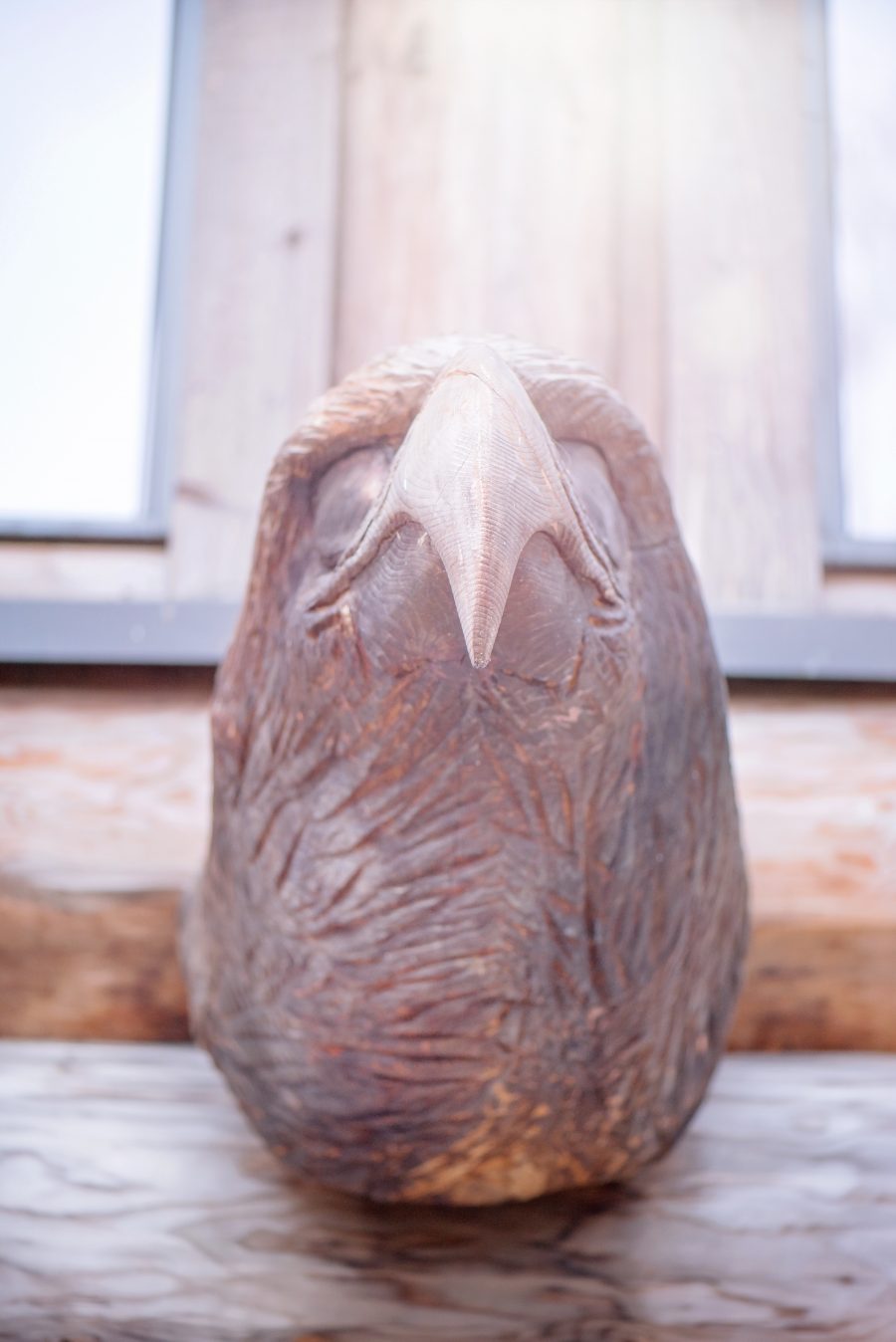 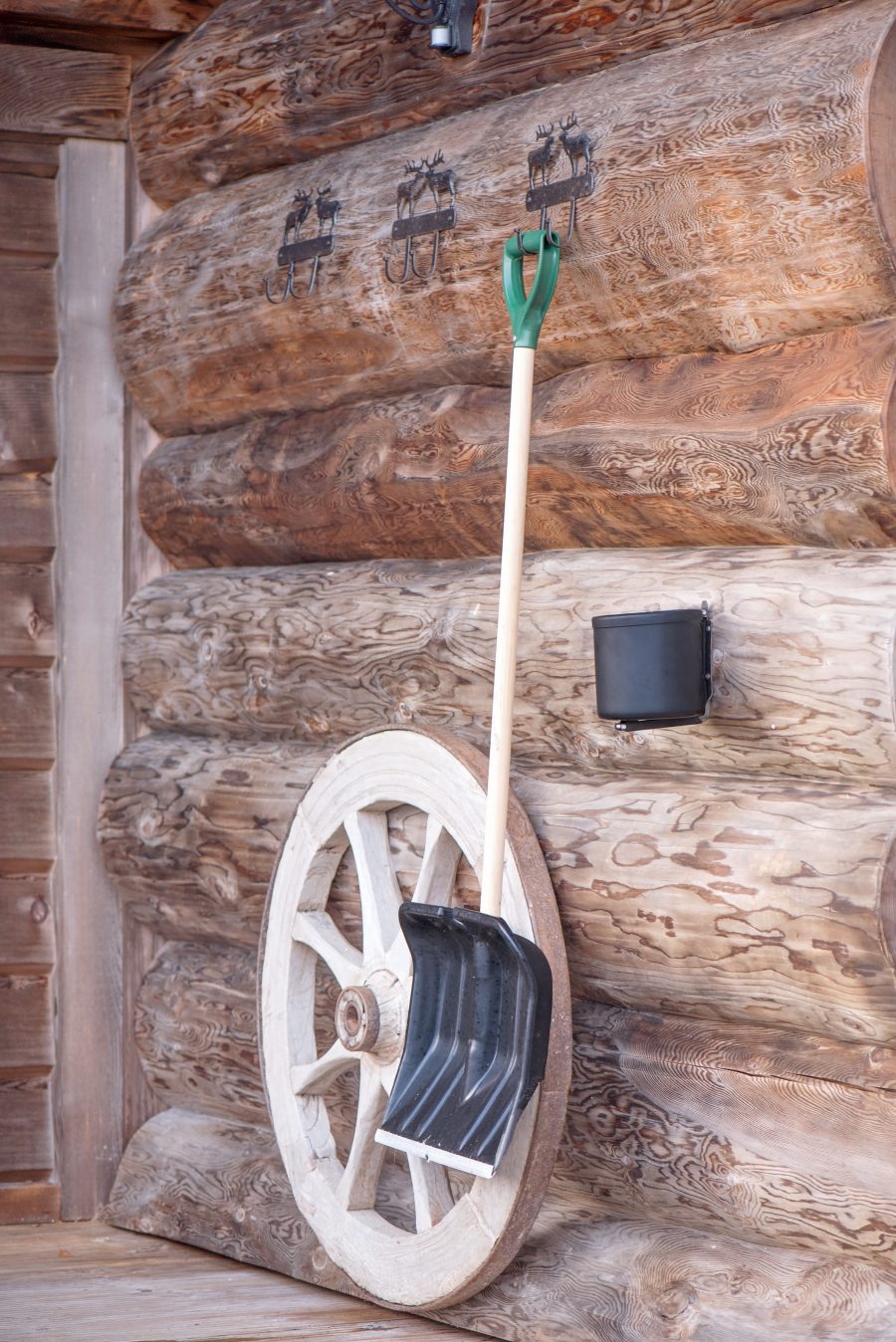 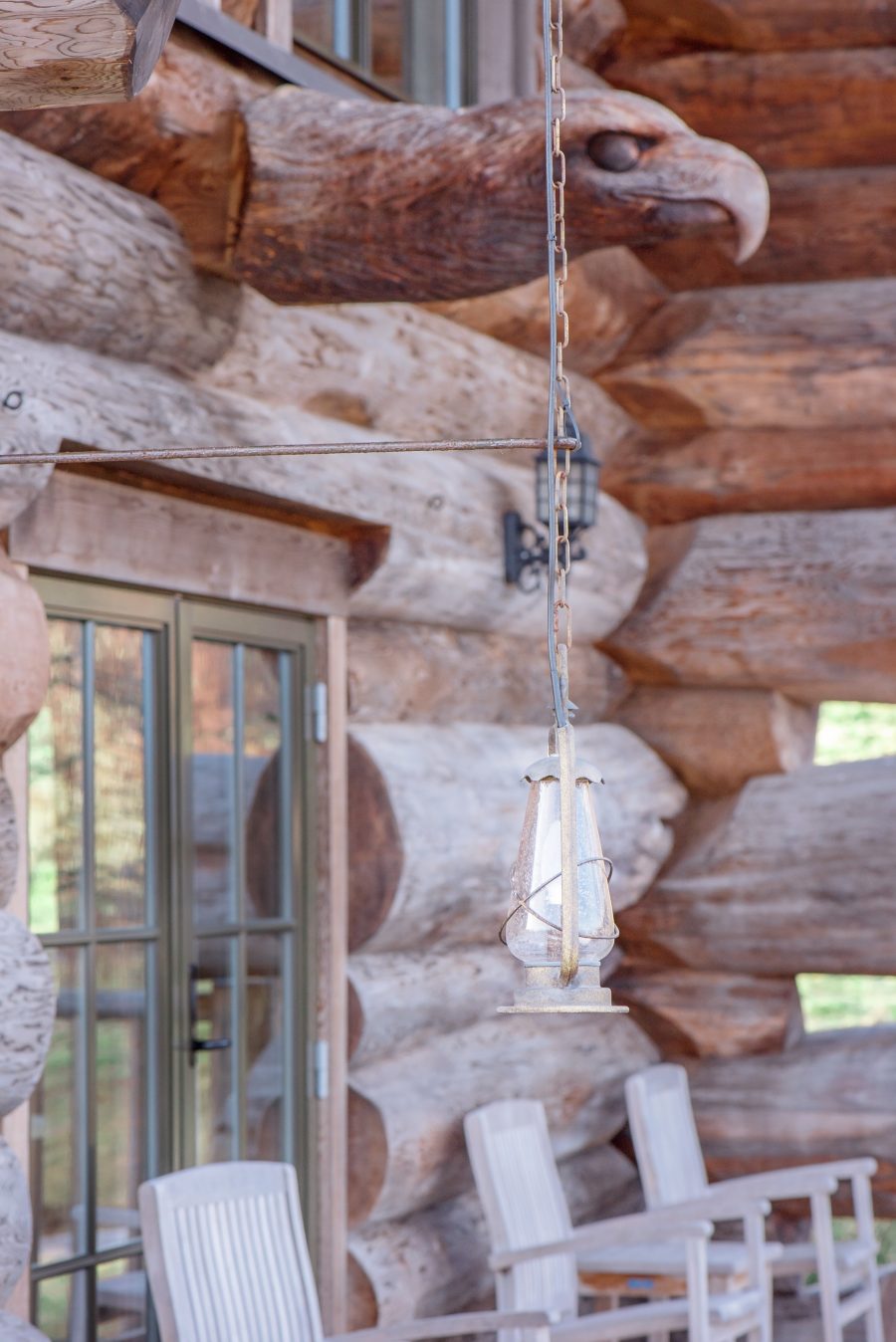 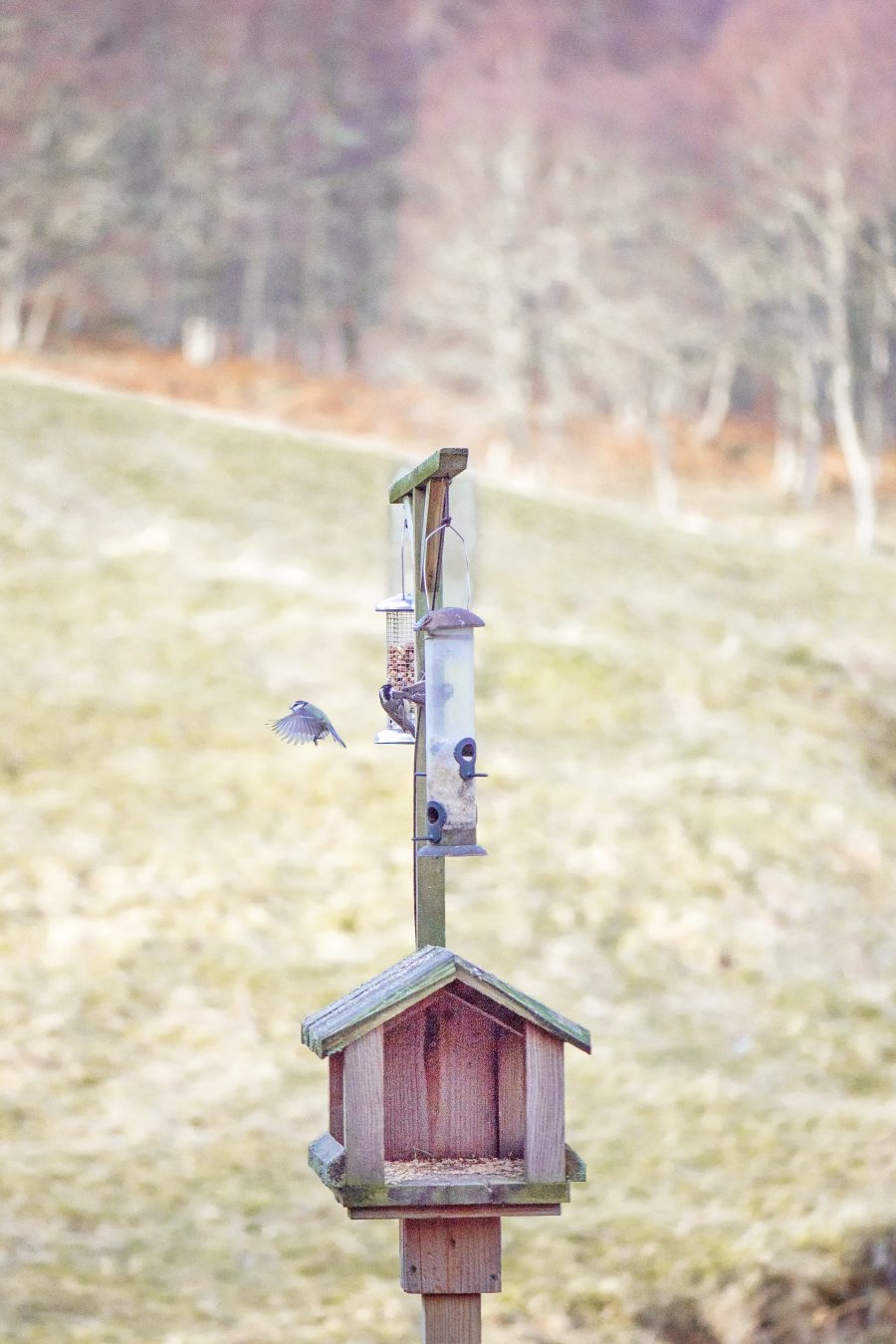 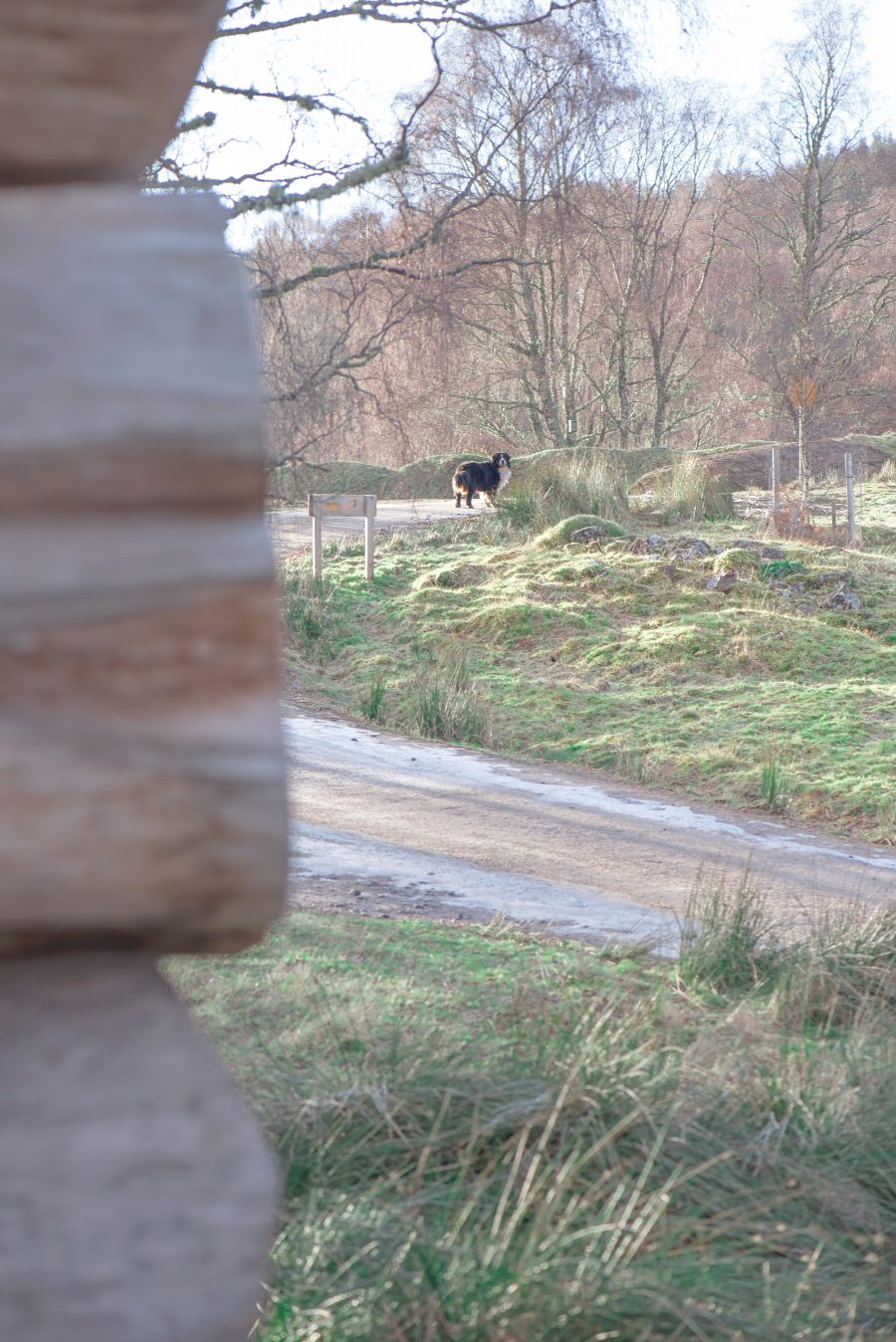 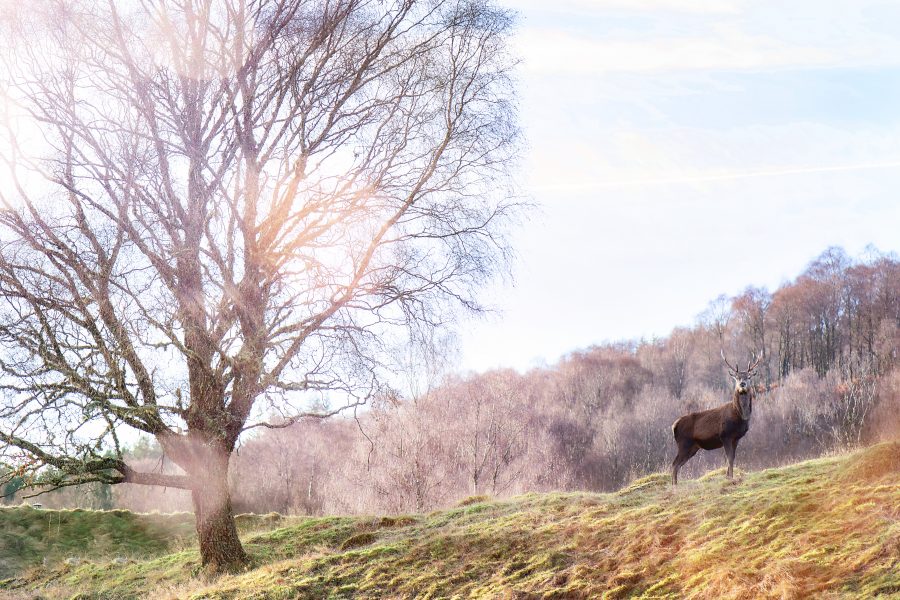 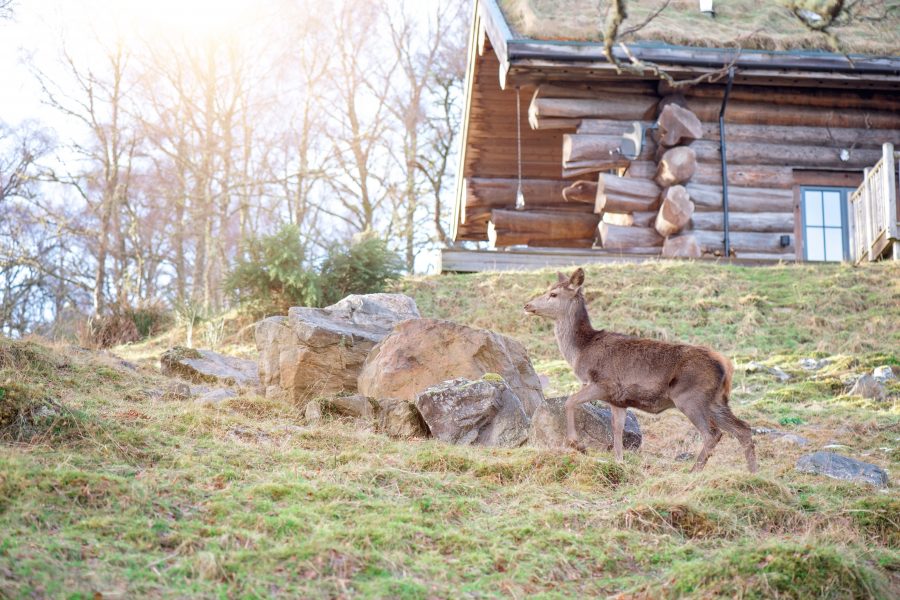 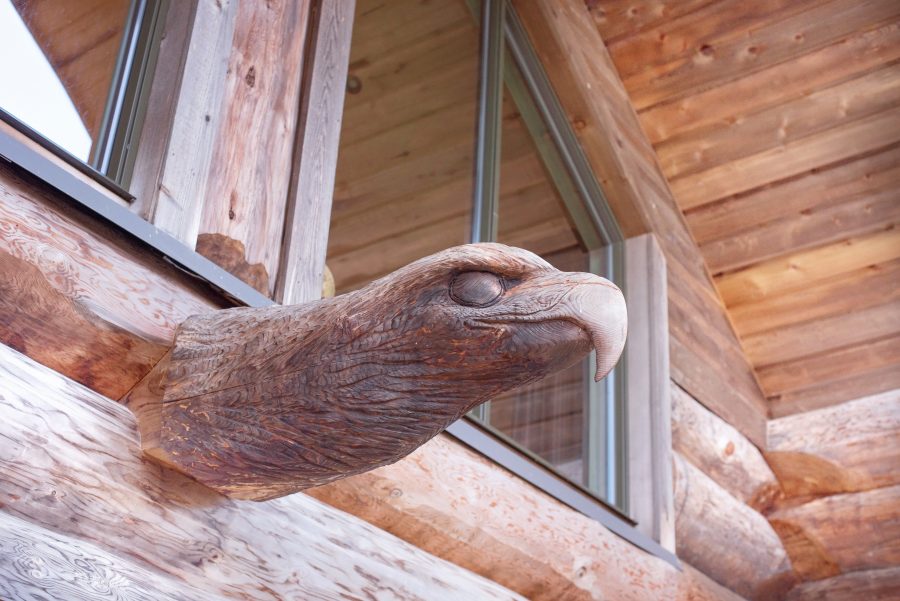 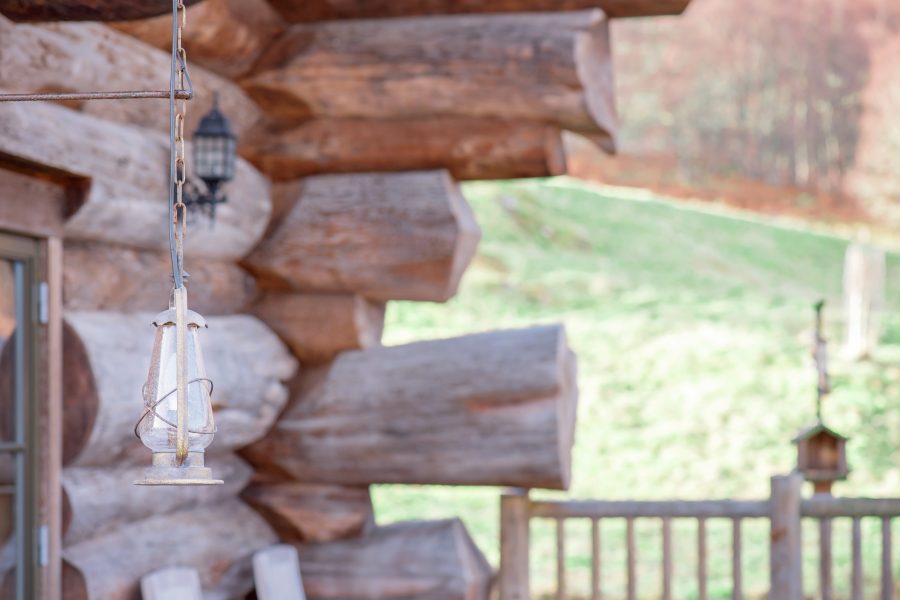 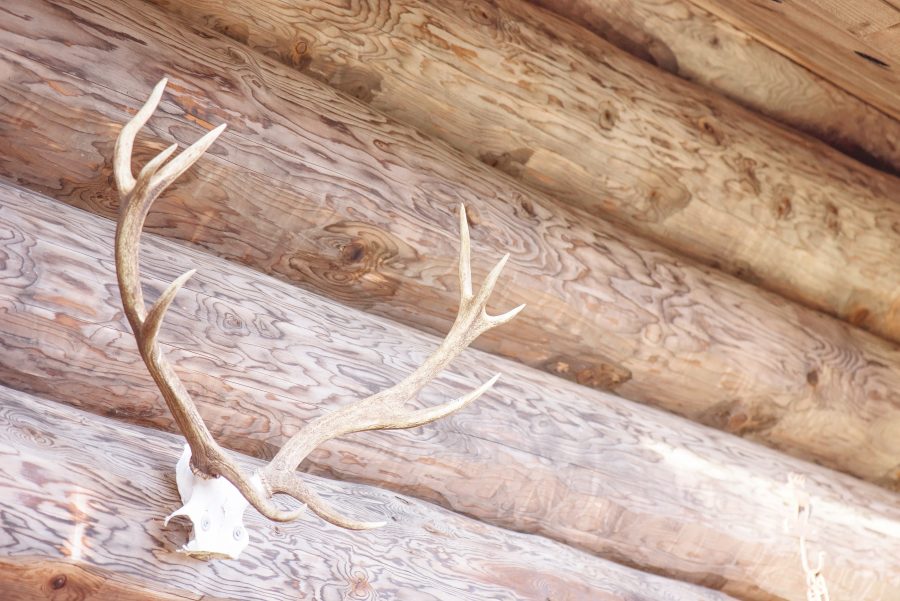 After settling in and marvelling at all of the beautiful detail in the carving and décor, all ten of us came together to enjoy some of the delicious dishes provided for us by the delightfully warm and welcoming owners of Eagle Brae, Mike and Pawana.  By the time we’d finished helping ourselves to what seemed like bottomless dishes, it was late and ridiculously the six of us settled in to play Cards Against Humanity whilst our other lodge retired sensibly to bed.  At this time I’d like to note that I had never played Cards Against Humanity before and all I’ll say is that someone could have warned me.  My stomach muscles ached so much from laughing – and what’s even worse, they ached from laughing at so many bad, bad things.

Coming up next, day two: An early rise for the cruise on Loch Ness, Urqhart Castle and the Kingsmans Hotel. 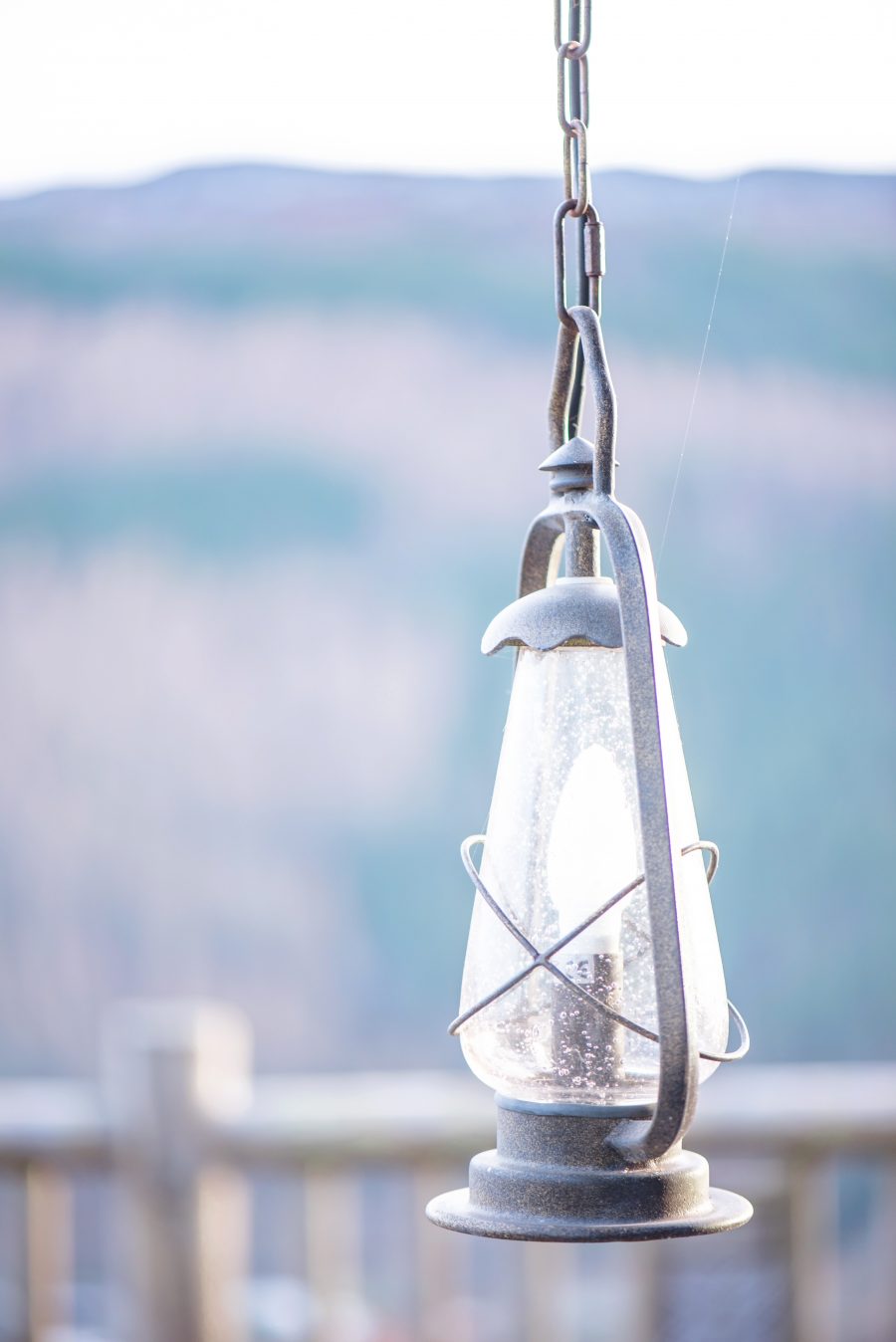 Here’s a one minute, whistle-stop tour of our lodge:

[NO] MURDER ON THE CALEDONIAN SLEEPER TRAIN