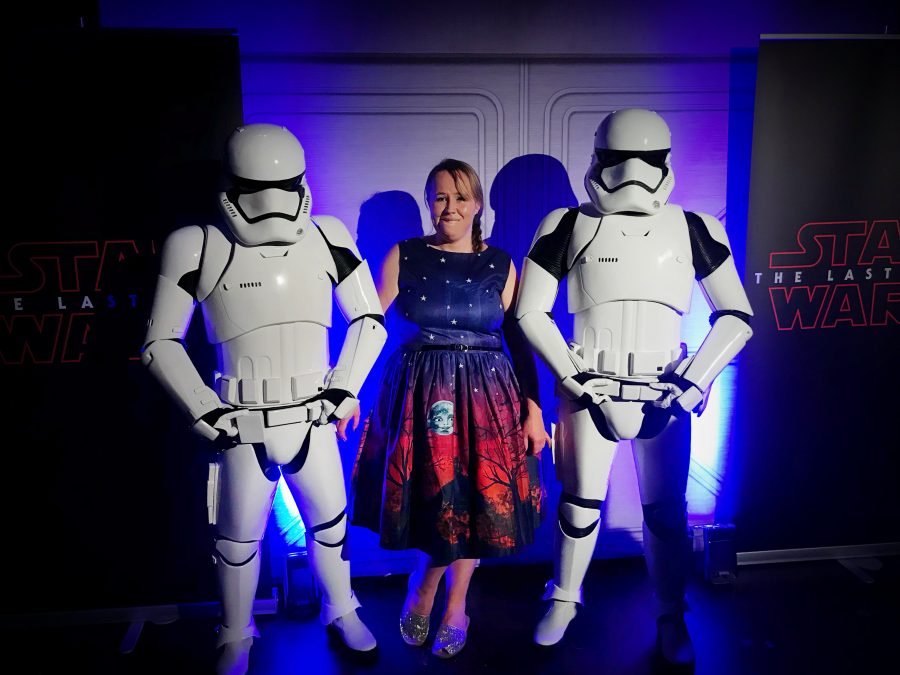 About a week before the spookiest night of the year, I was arrested by two stormtroopers.  No, really.  Okay, sort of. I had an invite to the best Hallowe’en party ever. Ever in England, I should say – [our favourite is Mickey’s Not So Scary Hallowe’en Party] but this year’s Disney party in London was completely amazing.  Thankfully it happened the day before I received the news from Mom that Dad was being taken to hospital with spinal Cancer, which is the reason I’ve been away from our blog and other social media for so long.

I don’t mean I’m grateful in the selfish sense of the word – because of course if I’d found out before the party, I’d never have gone. I love that I did go, because being able to show Dad these photos in hospital made him smile – because even though he doesn’t tell me [he tells everyone else around him] I know he’s proud of how hard I’ve worked to be where I am right now; able to work from home with brands that I love whilst raising our boys and having found a passion in my photography.  I also know he’s reading this, because he reads everything I write.  I love you Dad [and Mom – but Mom’s more an Instagram fan].

However that said, these shamefully might be [really are] some of the worst photos I’ve ever taken given that I don’t use [and honestly as at this point in time have no idea how to use] a flash.  I’m not going to haughtily proclaim that I’m a “natural light” photographer, and I’ll be quite honest.  I like using the light granted to me by Mother Nature – which does make me exactly that, but I do hope that one day I’ll get around to learning how to use a flash properly so that I can capture Hallowe’en and Christmas evenings without bumping up my ISO to ridiculous levels or putting blind faith in the ability of my precious Nikon to capture what I’m after.

Anyhow, the very lovely AK [The German Wife] and I braved the London traffic to Richmond and tubed it to One Embankment for cocktails, apple bobbing [all that practice as a kid paid off!], and quite a bit of tomfoolery [see video below] dressed in our Hallowe’en get up and trying not to look suspicious as we walked the wrong way down the South Bank. haha.

I wasn’t expecting anything quite as amazing as what happened when we walked through the door.  The whole of One Embankment had been turned quite spectacularly into the Hollywood Tower Hotel and there was SO much to do.  Cocktails [I think I mentioned them before, but they were amazing], sweets, the most AMAZING food ever, special guests, photobooths, videobooths, and so much more.  Here are a few of the most weirdly lit and noisy photos ever, just so I can remember how much fun it was to hang out and party with AK and the lovely, fantastically hospitable people of the Walt Disney Company. 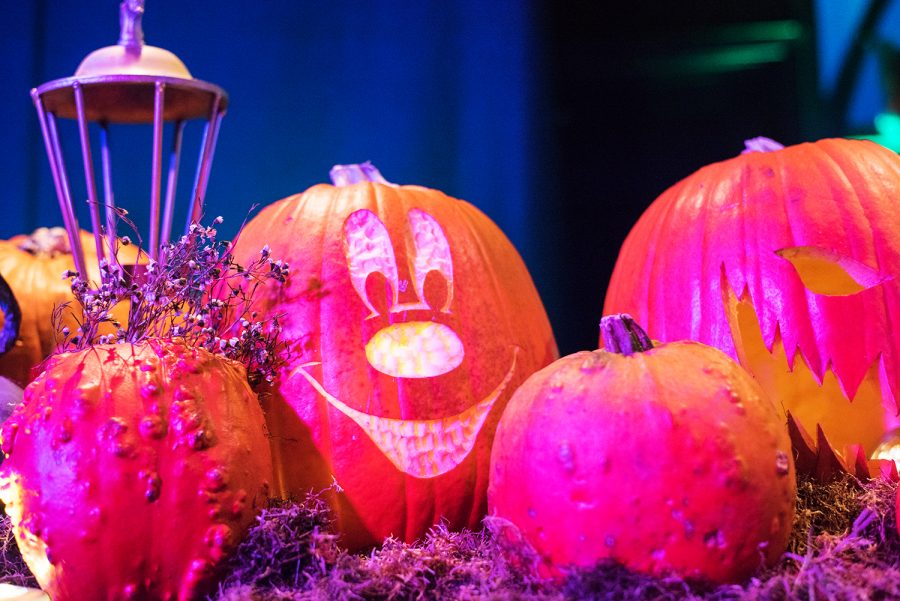 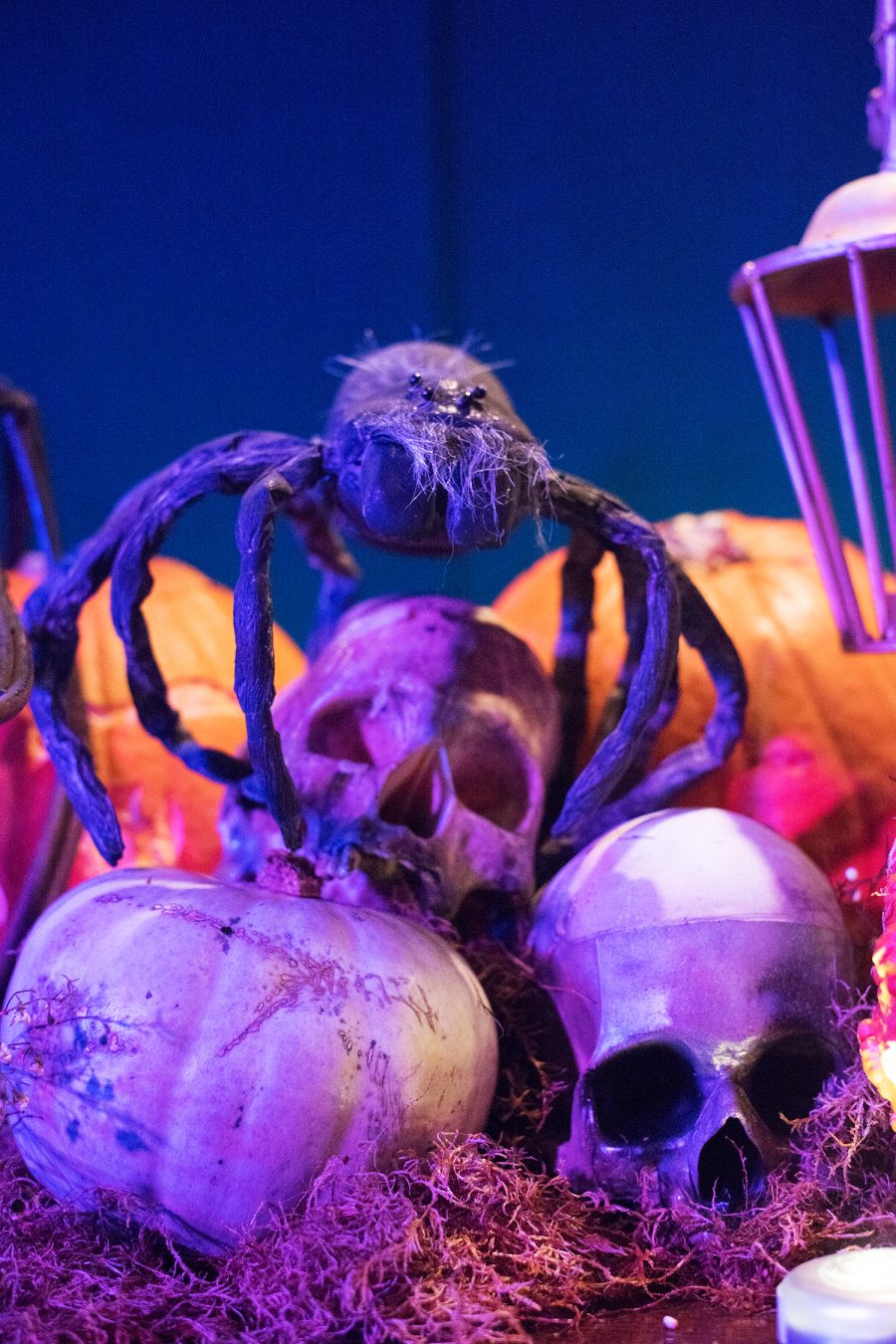 The bar people were just brilliant – we had mojitos, coconut and watermelon virgin cocktails, and some very delicious fruity cocktail that I have no idea about, but kept going back for. 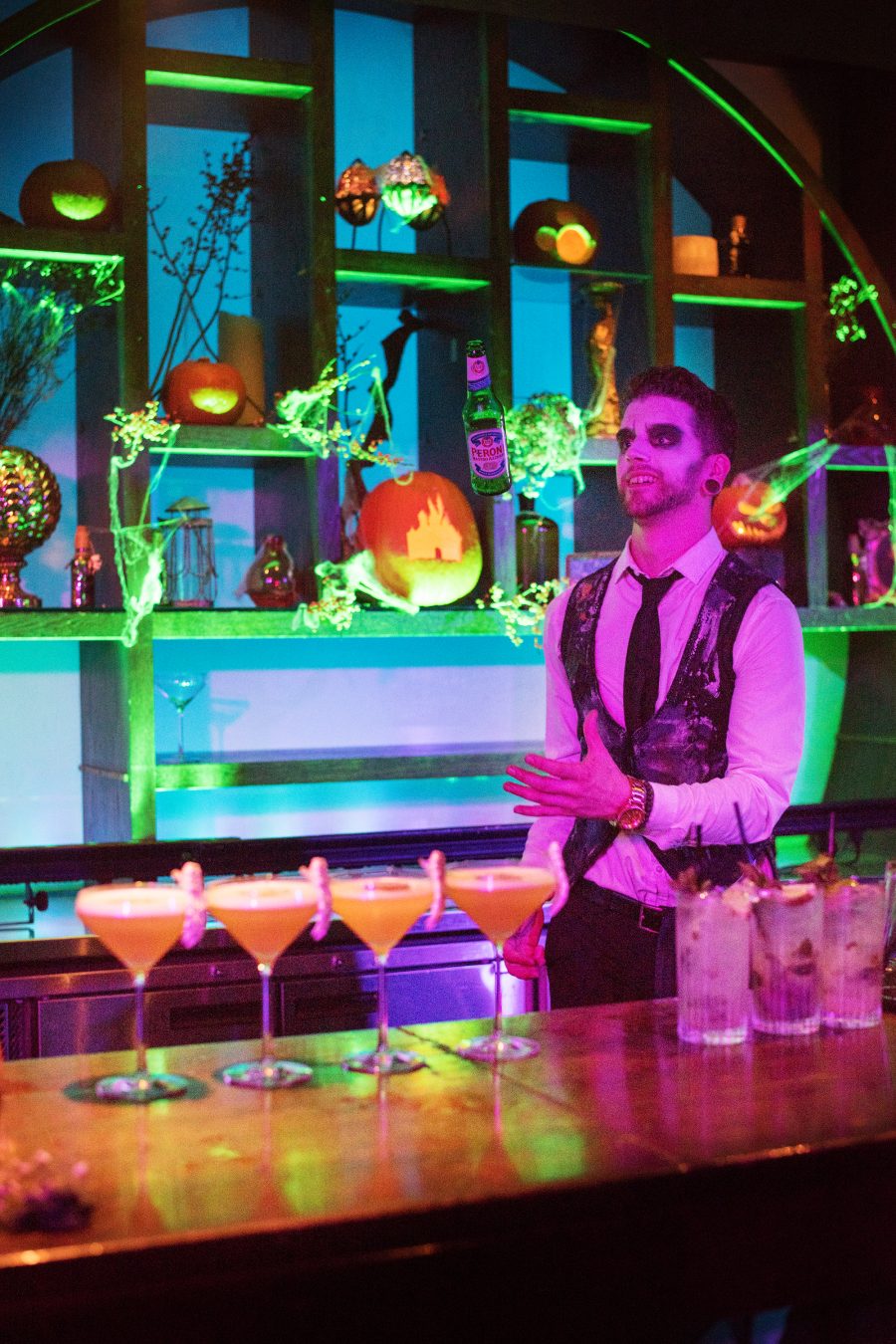 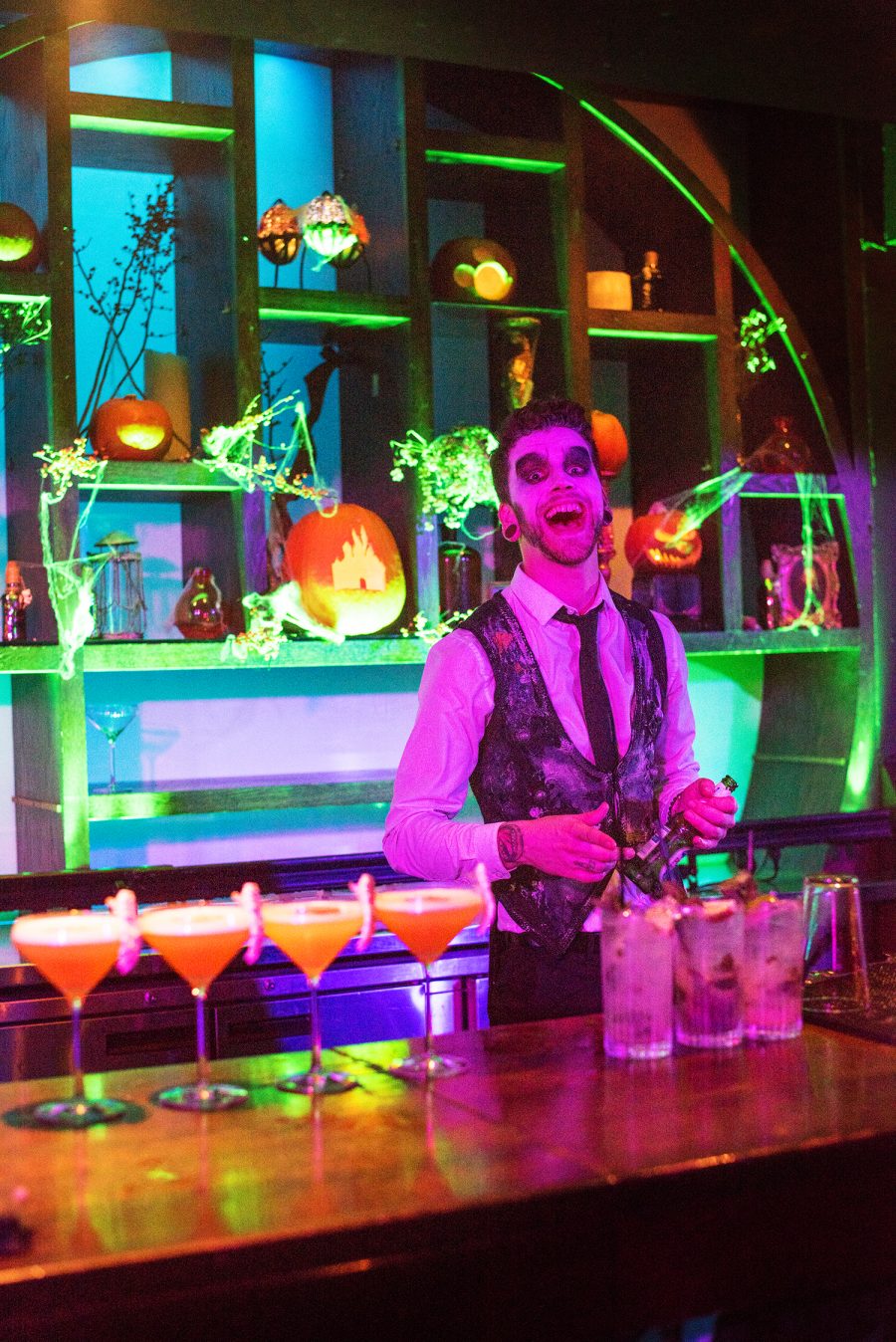 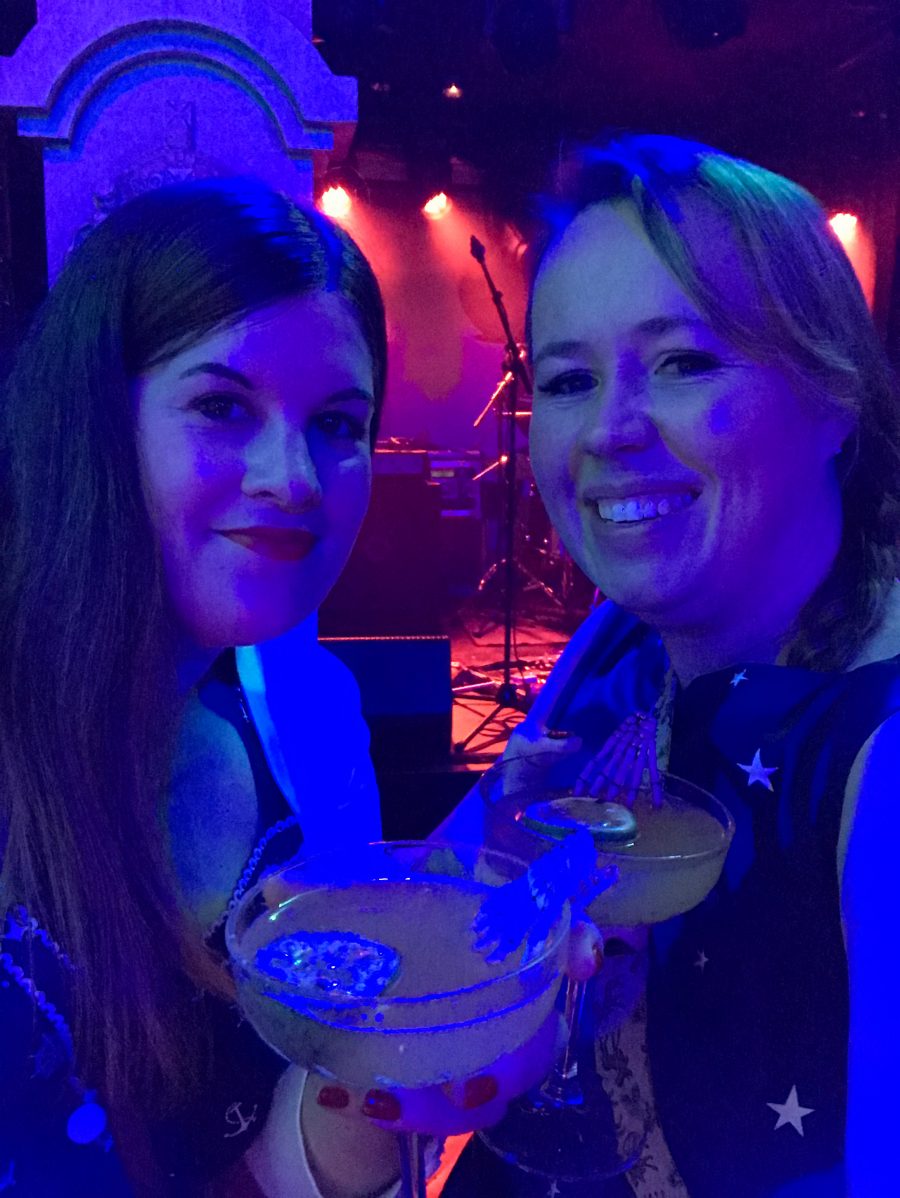 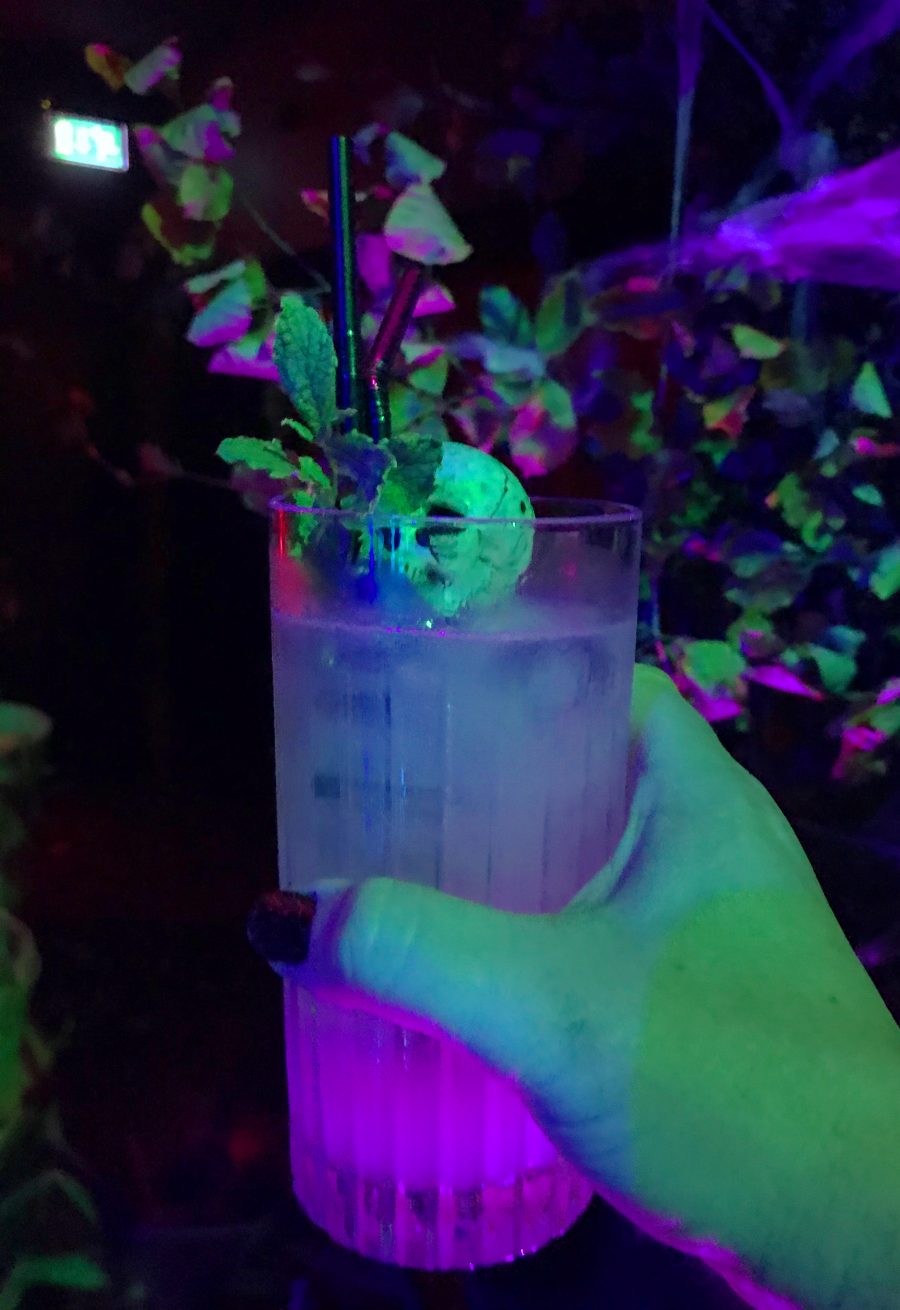 Everything was unmistakably Disney.  There were huge photographs of shows hung from the walls and I felt very proud to be able to name ever character in every show.  Hooray for Disney Junior! 🙂  Vampirina has become a new favourite of our boys this holiday season on there, but Hero is still smitten with Mickey and the Roadster Racers.

There was a bandstand set up with the most sparkly guitar ever and a huge Mickey pumpkin behind it – and halfway through the night the Noisettes came on!  Waah!  I haven’t been to a concert since before Lyoto was born and the atmosphere reminded me of all of the things I’ve been missing out on. 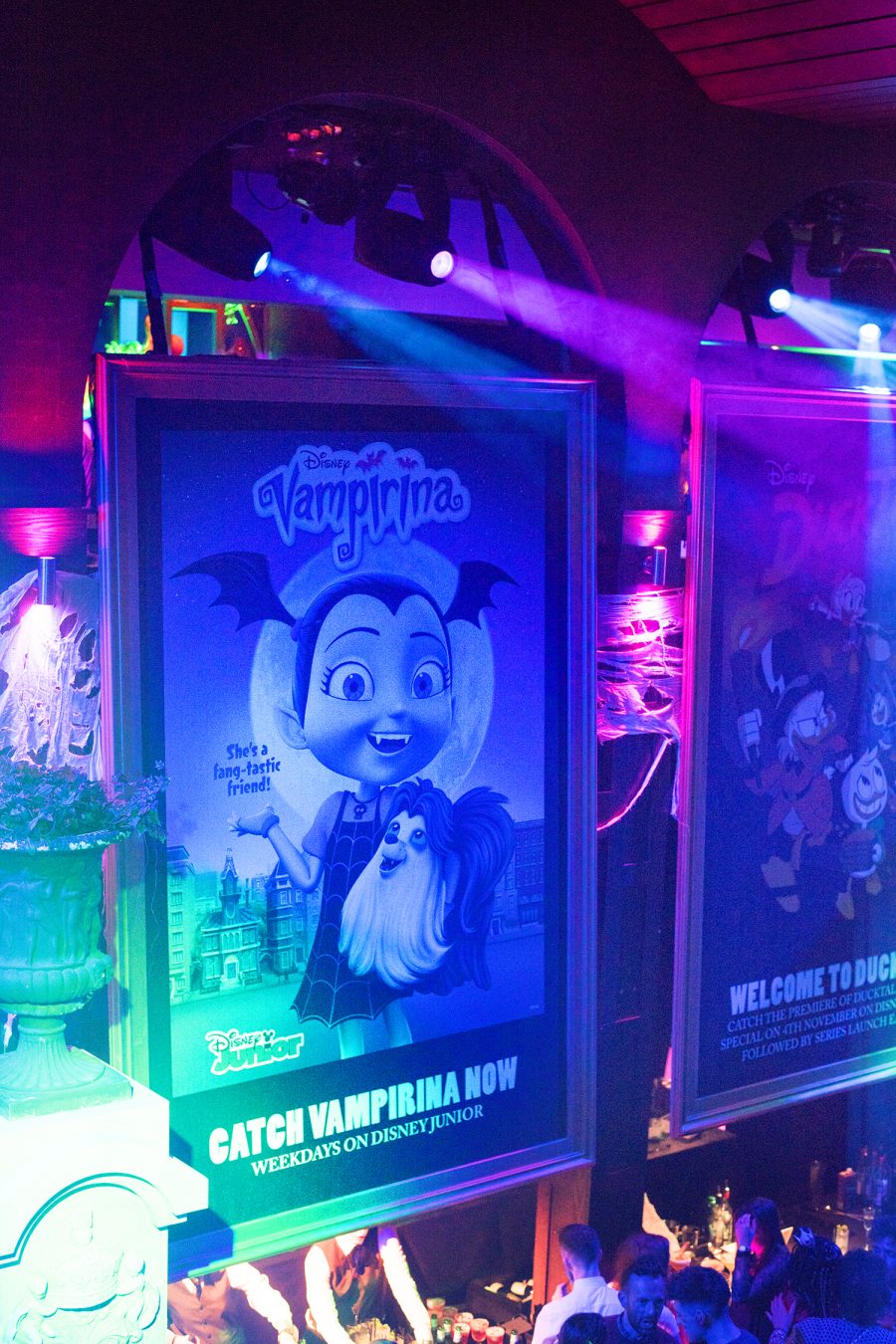 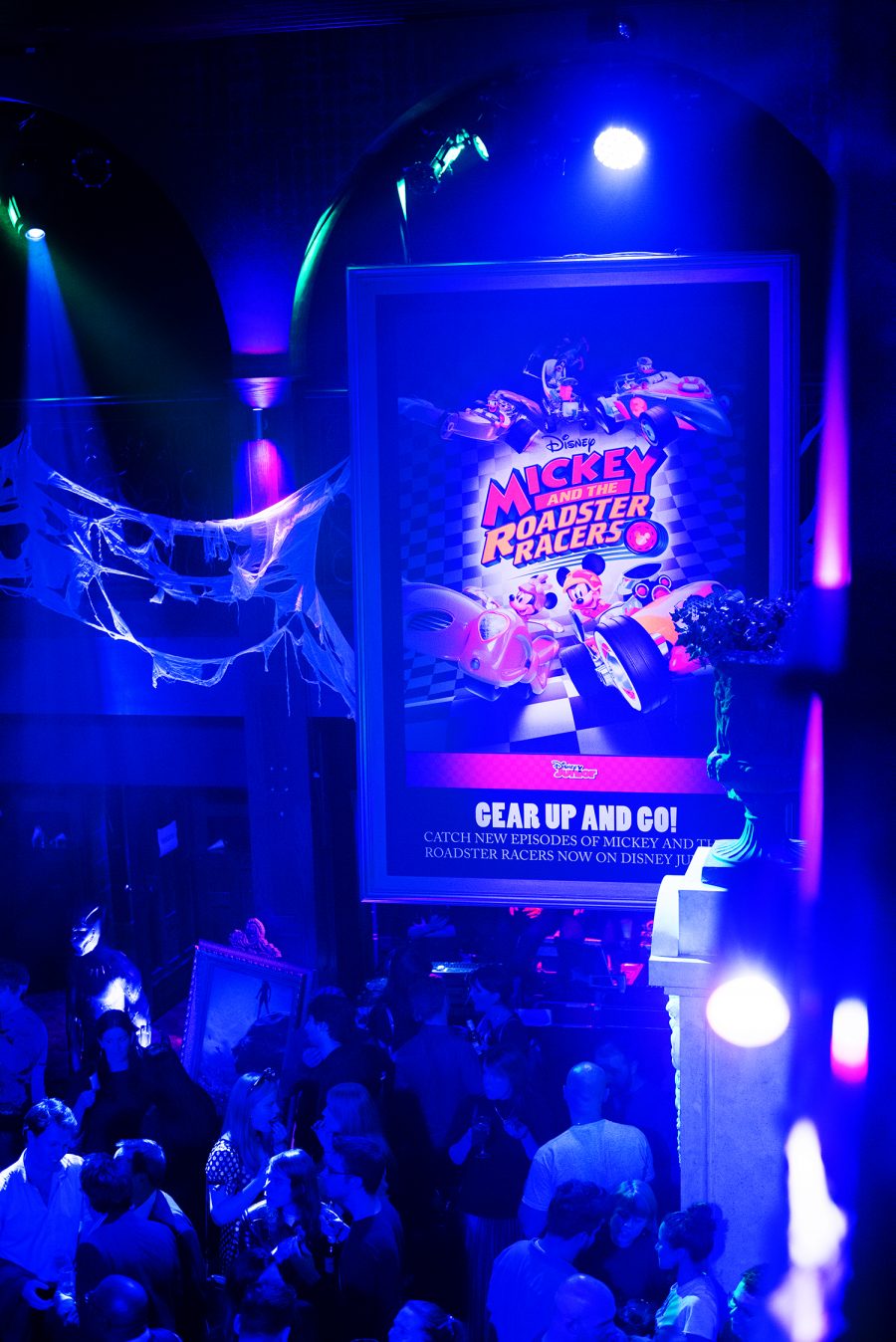 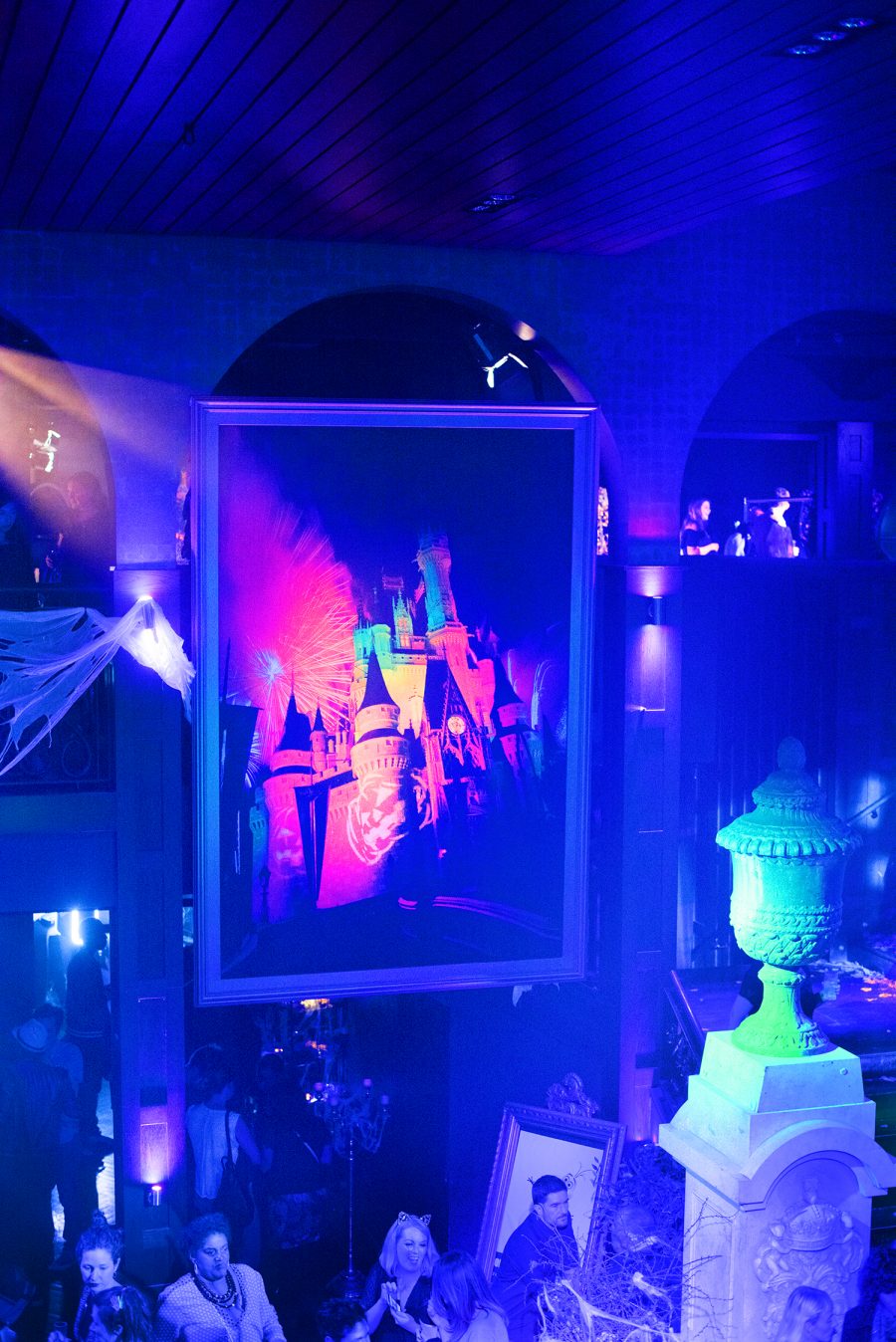 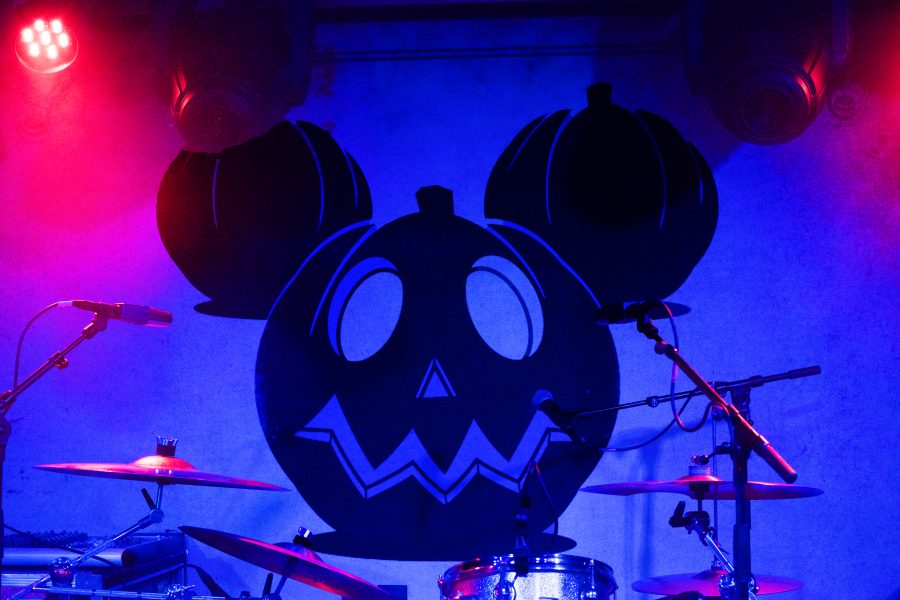 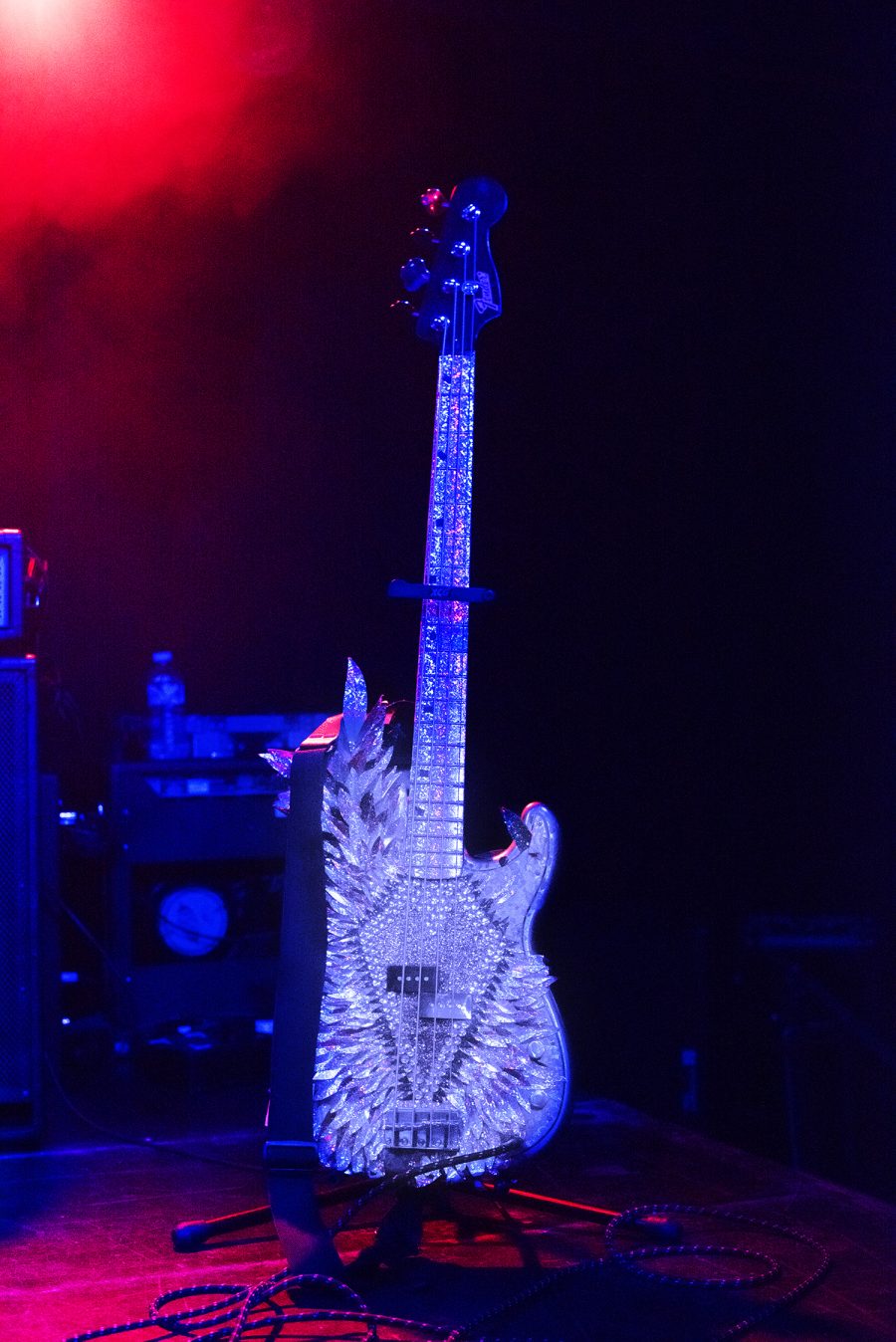 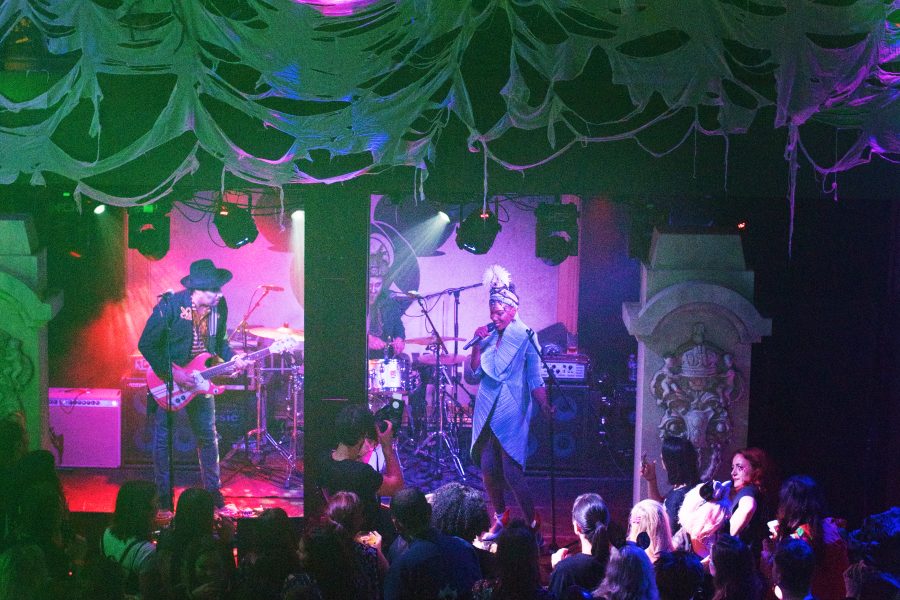 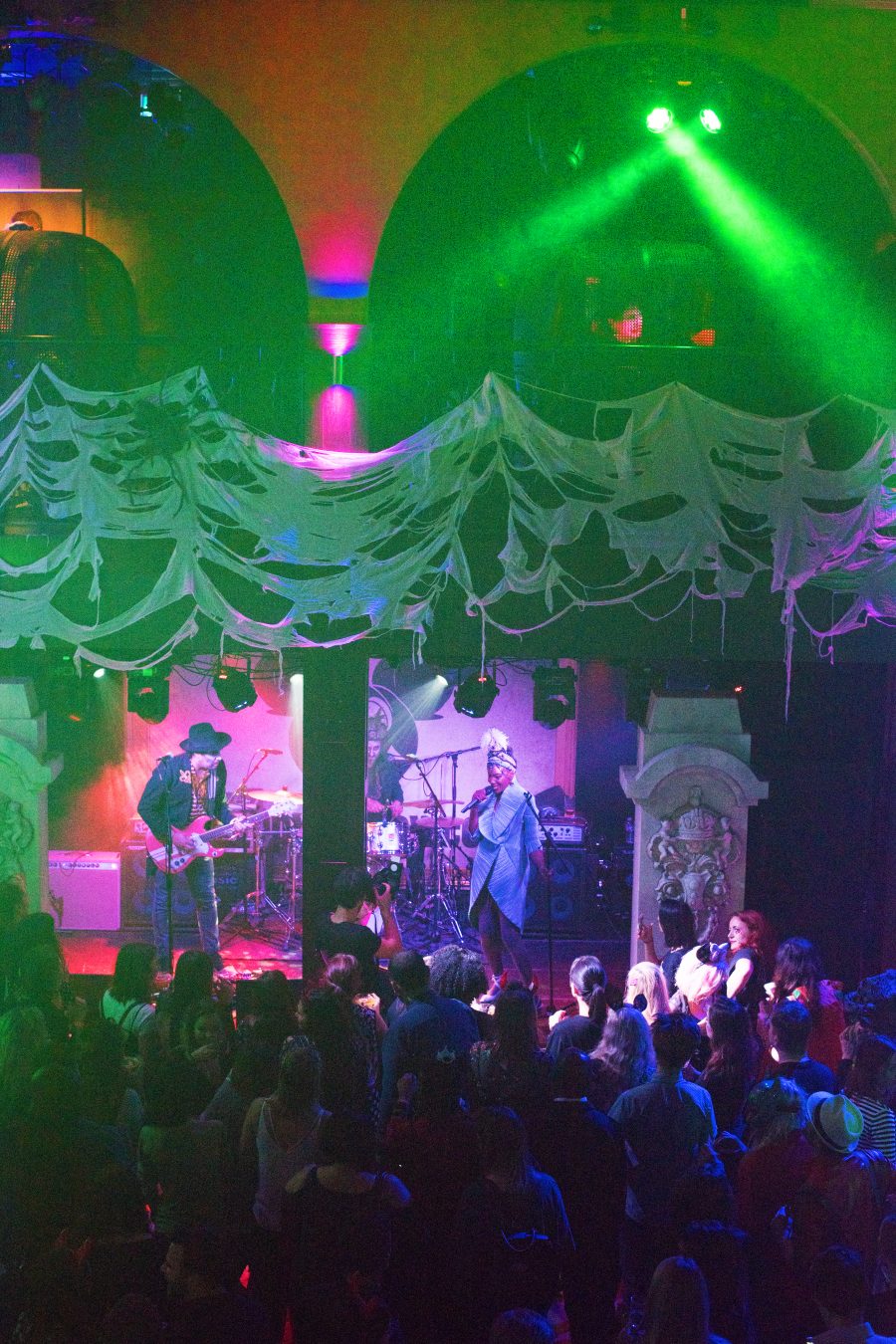 In one area of the venue there was a huge Haunted Mansion like table with props from different Disney characters planted on it.  We found Pua from Moana lurking on the feast table, enjoying a mojito, and the Big Cheese’s gloves too!  We lurked about whilst we waited for our turn to pretend to be Hulk…because, yes, we did this. I did it for my boys and they think it’s amazing.  Mom is now hilarious.  Jensen re-enacts this on a daily basis in fits of giggles.

We met some new friends… 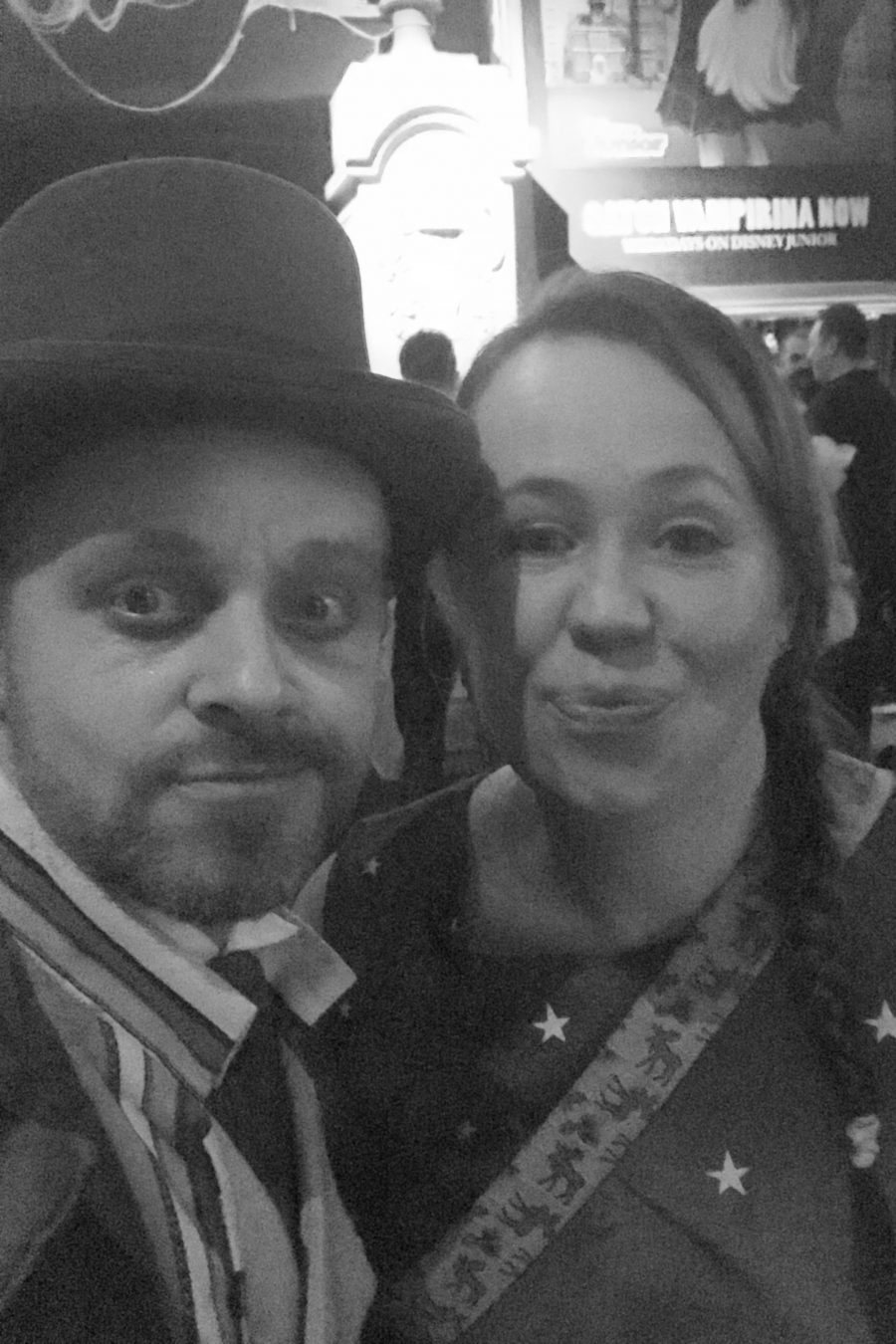 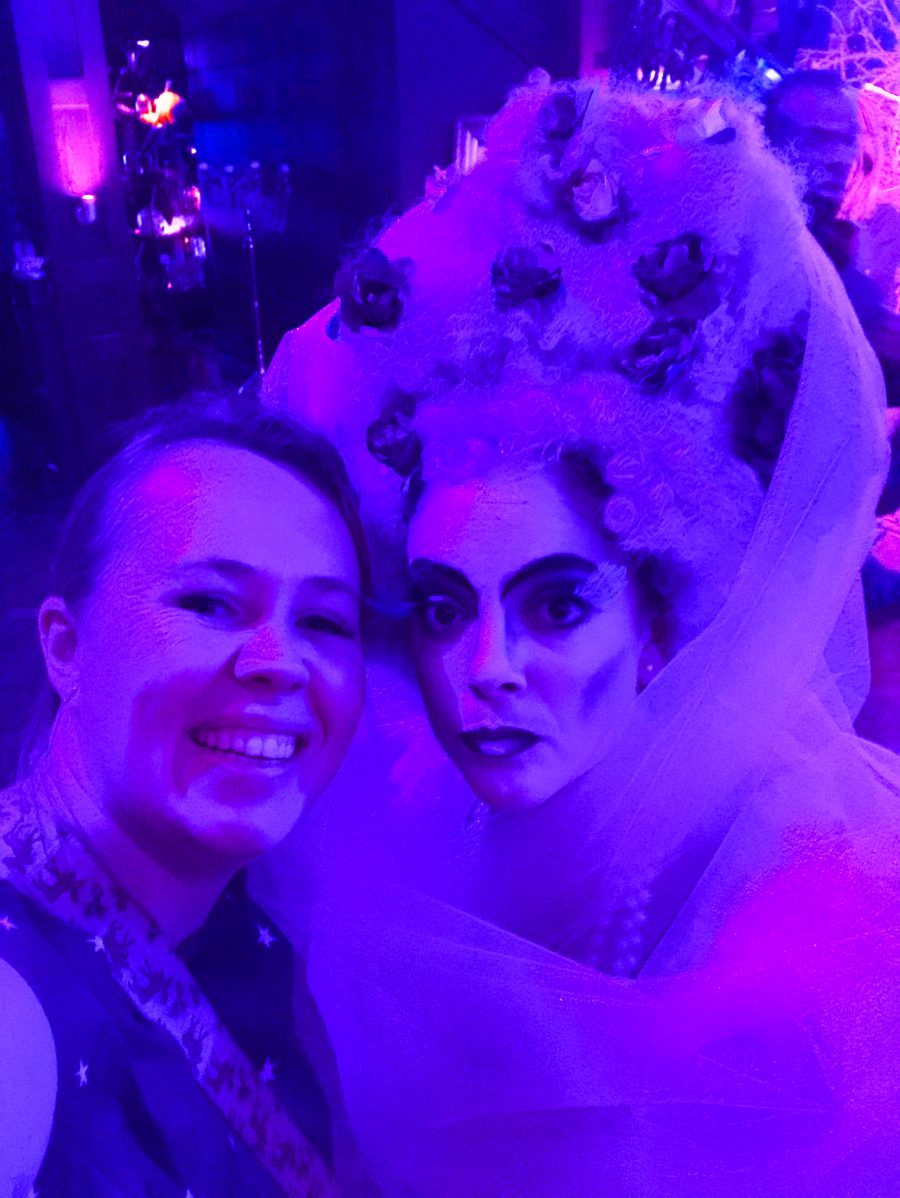 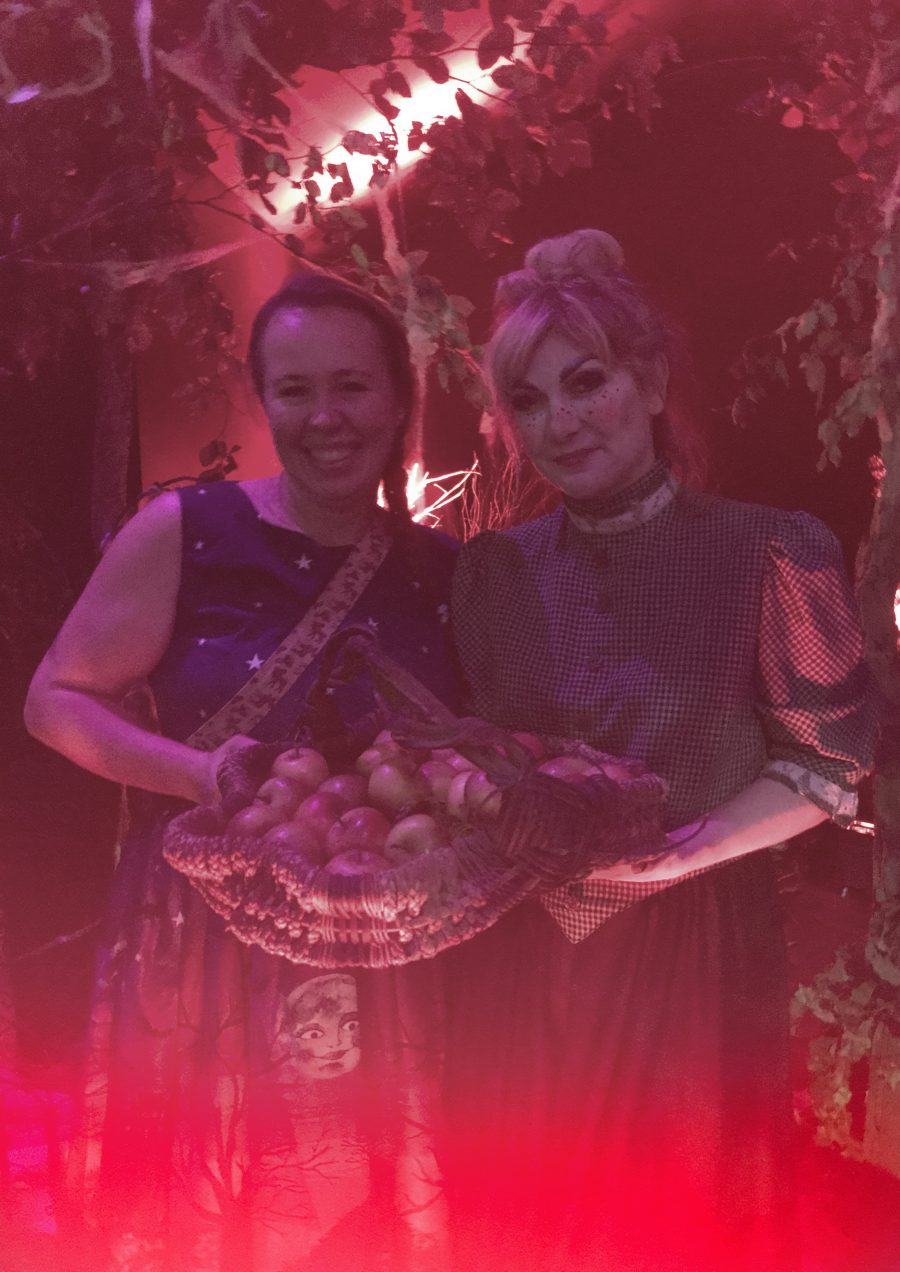 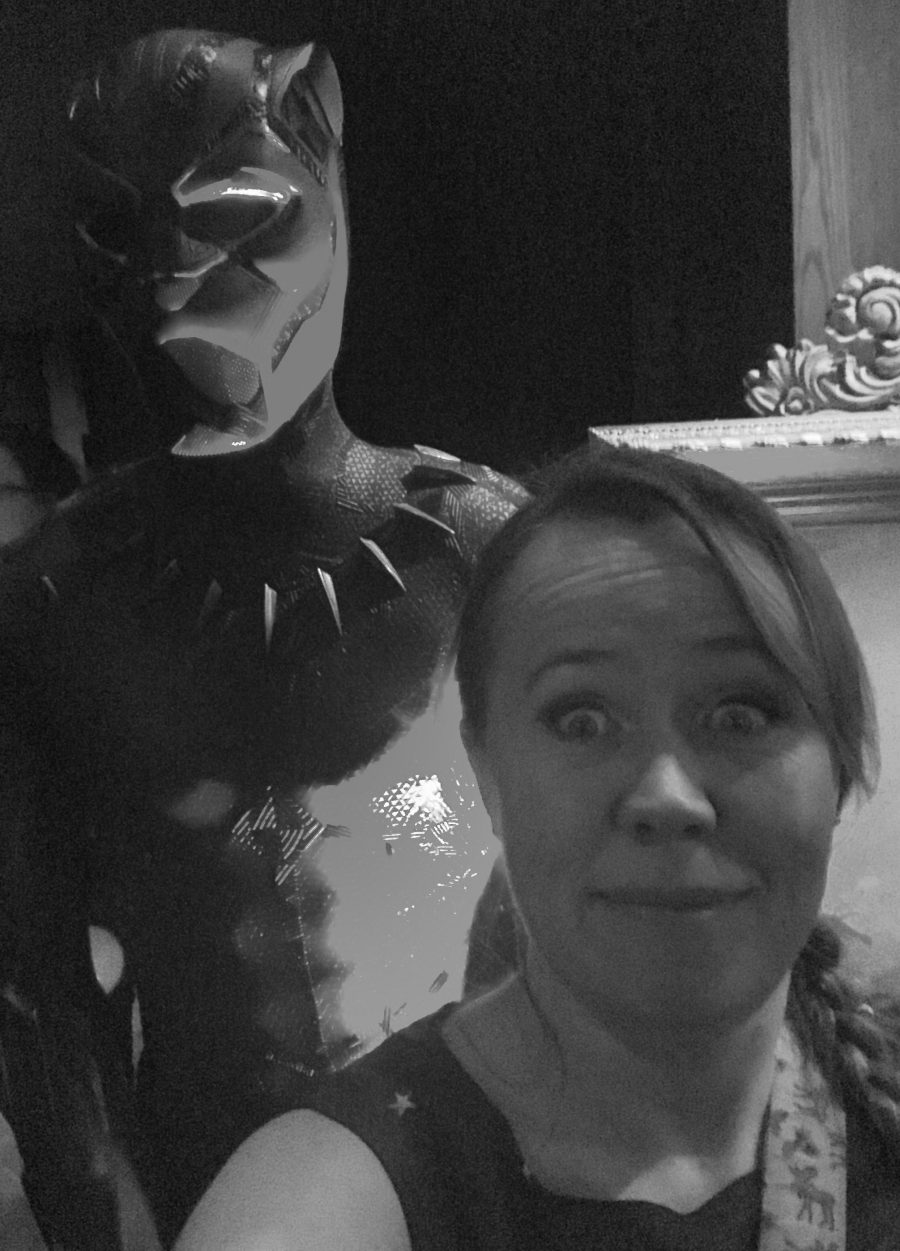 There was so much to do – and if we hadn’t had to catch the tube [which we managed to get lost on and head in the wrong direction somehow, haha, which made me arrive home at about 2am] we could have enjoyed Hallowe’en make up, nails, and a whole host of other fun activities.  It was a party to beat ALL parties.  I wanted to live there. Haha.  I even came home on the tube with a huge ghosty balloon hat, which made us quite popular on there and had everyone talking to us about what on earth we’d been up to.

Best [grown-up] Hallowe’en ever.  Thank you AK, for being my partner in Disney Hallowe’en Crime, and thank you, Walt Disney Company, for always being my favourite Company ever since I was about 5 years old.

BREAKFAST AT CLARIDGES AND #GIFTMAGIC WITH MICKEY MOUSE