SUBSCRIBE TO OUR NEWSLETTER FOR SIX SECRETS TO AN EGG-CEPTIONALLY FUN EASTERTIME AT HOME!
You are here: Home / GAMES AND TOYS / A CHRISTMAS GIFT GUIDE FOR 5 YEAR OLD BOYS 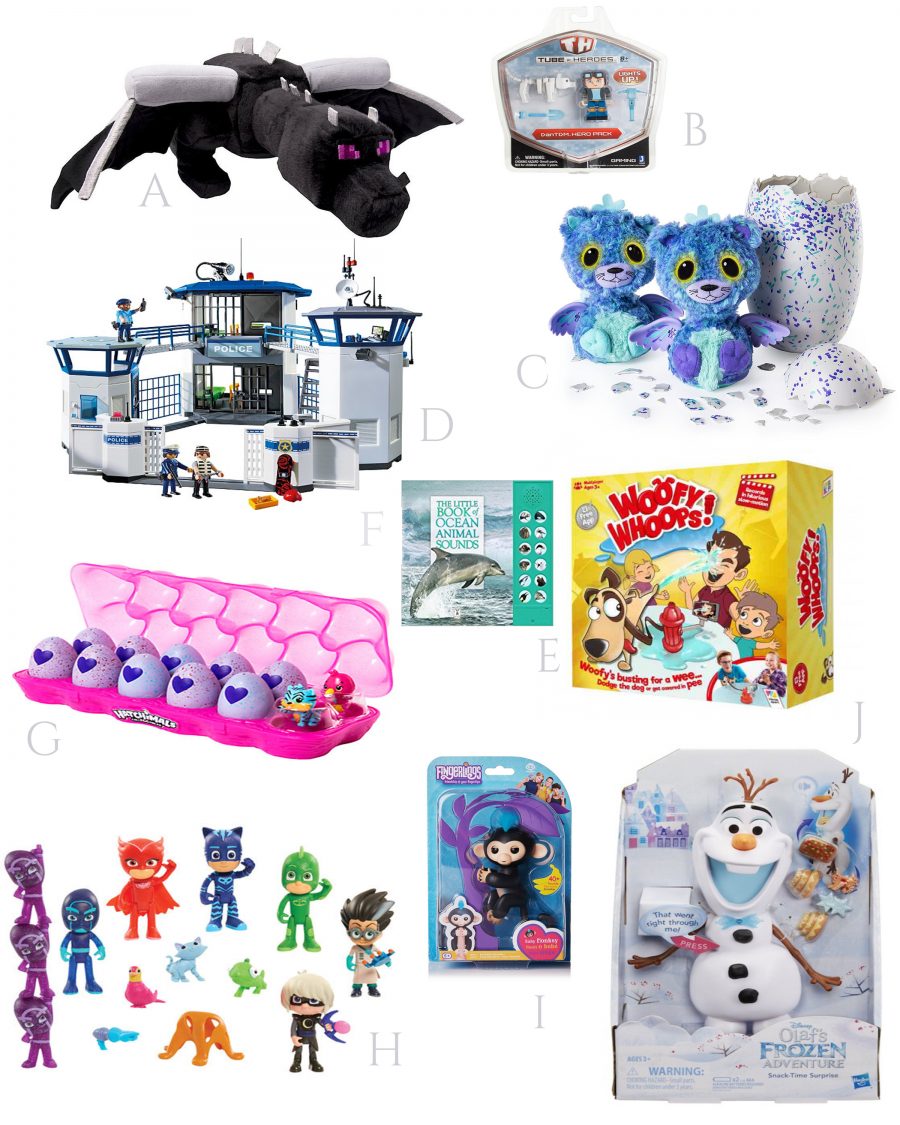 This gift guide isn’t put together by me, it’s put together from Yotie’s own letter to Father Christmas and conversations with him about toys he loves.  I figured that he was better placed to tell people what five-year-olds like him want rather than me saying what the toy industry thinks five year olds want.  So, here is our official Christmas Gift Guide for Five Year Old Boys.

Minecraft is a huge hit [and often a huge source of arguments] in our home.  Although I’d gladly not hear of Minecraft ever again, having a real life Minecraft toy to zoom about the house is a welcome change for me and Yotie adores the Minecraft animals, but most of all the Enderdragon.

Dan TDM.  I don’t know anyone with little boys in particular who doesn’t know who he is.  You Tube gaming star, Yotie loves Dan and thinks he’s just the best – and now there are little Minecraft like toys of him and his dog Grim.  Yotie is going to love this, I found it and another similar set on Amazon.

Yotie loves bright and colourful toys and as his two brothers have asked for lifelike pet toys, I thought this would be a great idea because although he’s been completely sheltered from the excitement around Hatchimals as we know no one that has one, he absolutely loves hatching those toy dinosaur eggs in water, so this is going to be amazing for him.

There’s something about jails that my boys love.  They catch all of the naughty behaving characters, whatever they are, and imprison them.  They never, ever get bored of this game and their old Batman Imaginext Gotham Jail is worse for wear and so I’ll be very glad to replace it.  This set is easily big enough for three little boys to play together with and Playmobil is brilliantly made.

Yotie was sad when his Doggy Doo game stopped working pretty soon after we started playing it and he misses his Soggy Doggy game that died earlier this year.  This game has a cheeky little puppy who pees over you and it all sounds very funny and so we’re waiting to play this game very eagerly – if it involves dogs and water, we know we are going to love it.

Yotie has been learning all about the Antarctic this term at school and was so keen to learn about the animals and when we came across this book it’s perfect – sounds and non-fiction infomation he can learn and share at school.  It’s perfect, we love books like this one.  Not all of the animals are from the area Yotie is studying but quite a few are, and it fits well alongside Christmas animal books too, because of the cold snowy places some of them live!

These are the dry equivalent of his little dinosaur eggs and after I bought one of these little teeny Hatchimals back from BlogOn this year, he was in love.  His own little Hatchimal from that conference sits in his half eggshell on the bookcase and he admires the sparkly little wings on it constantly.  Having 12 in a pack is going to blow his mind.

The boys are all huge PJ Masks fans and they were so excited to discover that they can get ALL of the characters, even including the little Ninjalinos.  Romeo, Night Ninja and Luna Girl will be in our house to fight battles every night now.

All of the boys would love one of these, and they’re all super lucky as their lovely Aunty Becki has bought them one each to surprise them.  These little monkeys are the cutest toys ever and I can’t imagine them being put away in the toy basket forquite some time.

Olaf is loved by Yotie so much.  This Olaf has little treats that you can feed him and watch them slide out of him again.  He’s beautifully made for Disney and will raise so many giggles I’m sure.

These are Yotie’s favourite gifts from his list – iwe haven’t included them because we’ve been asked to – only if we’ve actually wanted to.  If we did receive one of the above gifts on our Christmas Gift Guide for Five Year Old Boys as a PR sample, it’s marked with and asterisk like this* 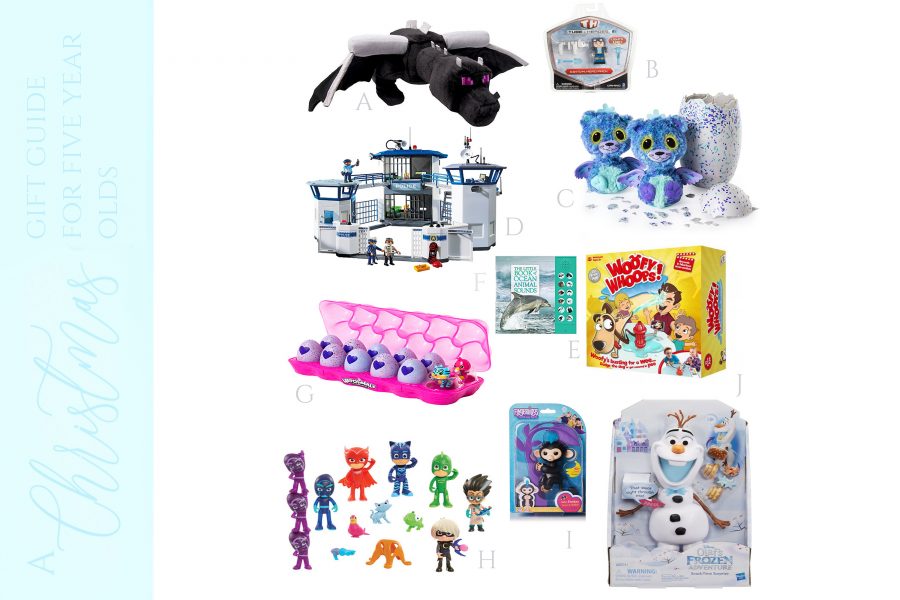 « POWER RANGERS 12 DAYS OF CHRISTMAS: THE ROUND-UP
WIN A BREAK WITH JET2 HOLIDAYS [WHILST WE DRINK HOT CHOCOLATE] »