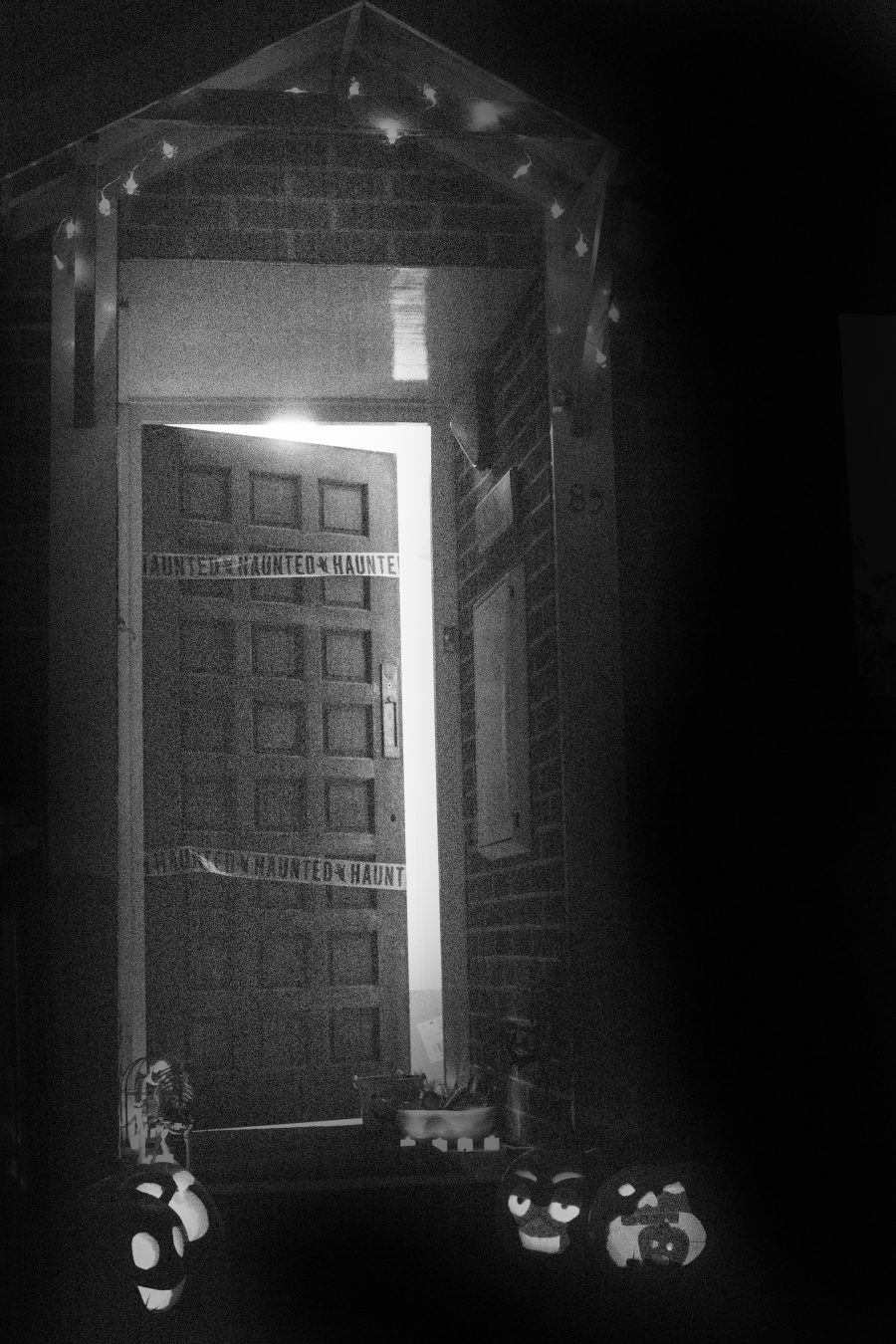 This year we had a FNAF theme to Hallowe’en.  For those of you who haven’t been graced with hearing about these, it’s they’re creepy animatronics – and that’s about all my boys know, but they adore a cute little game they’ve seen Dan TDM play on YouTube with them in and so this Hallowe’en, they asked for FNAF costumes to wear.  Jensen loves Foxy, Lyoto’s favourite is Chica which were both for sale but poor Beans’ assigned favourite [his brothers didn’t want him to be scared by the animatronics and so told him that Balloon Boy was his favourite and he’s happy with that] Balloon Boy didn’t have a costume for sale and so we had to adapt what we had at home and buy a little twirly top hat for him to wear.

This year Gav decided that to keep the boys more visible whilst we were out trick or treating in the neighbourhood, he would buy some LED light cables that he could sew to their costumes.  This worked brilliantly – until we were quite a way from home and Lyoto really needed to pee.  We hopped into the woods at the side of some garages and I tried to convince him that there was no way people could see him [despite flashing like a beacon] whilst he had a little wee. 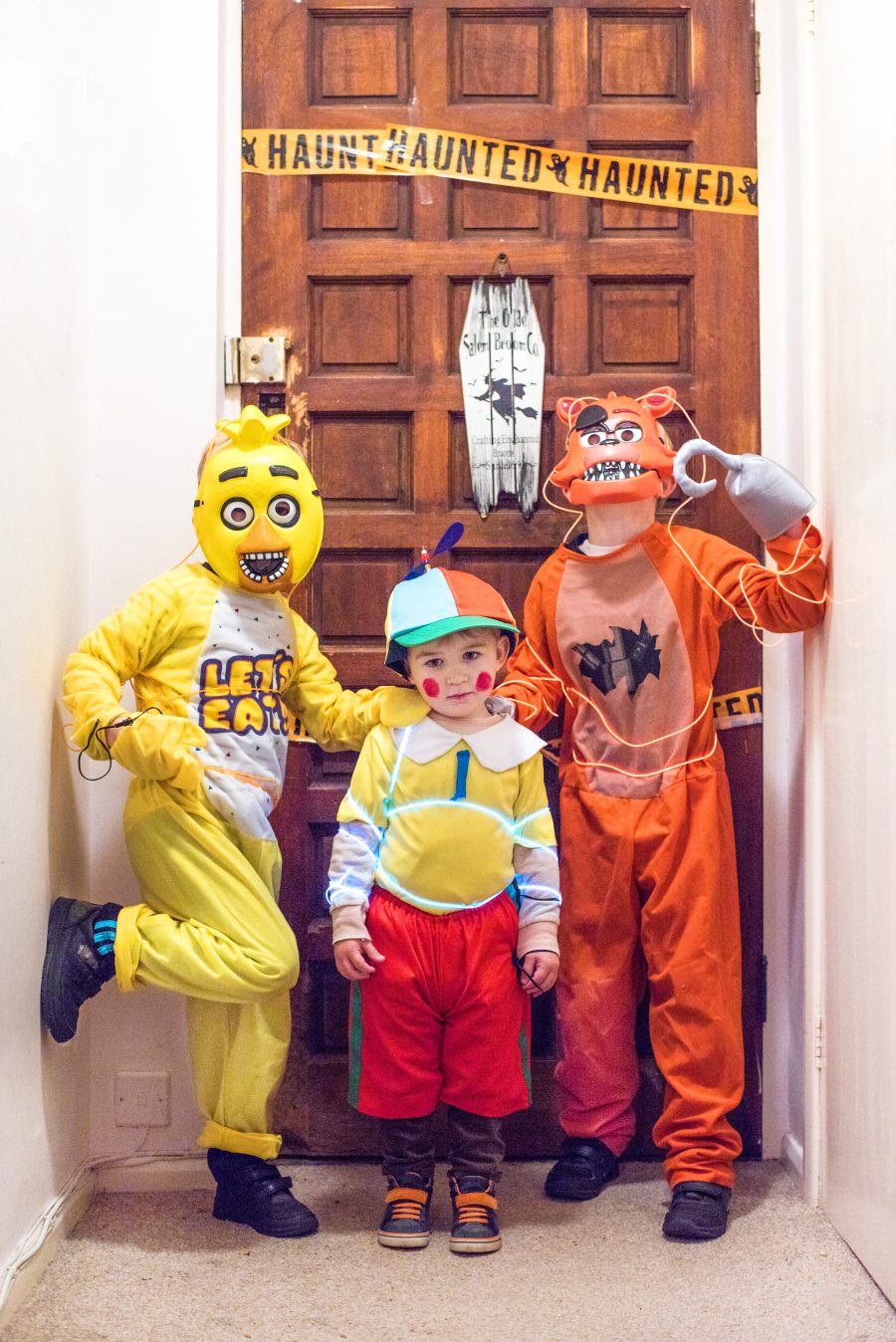 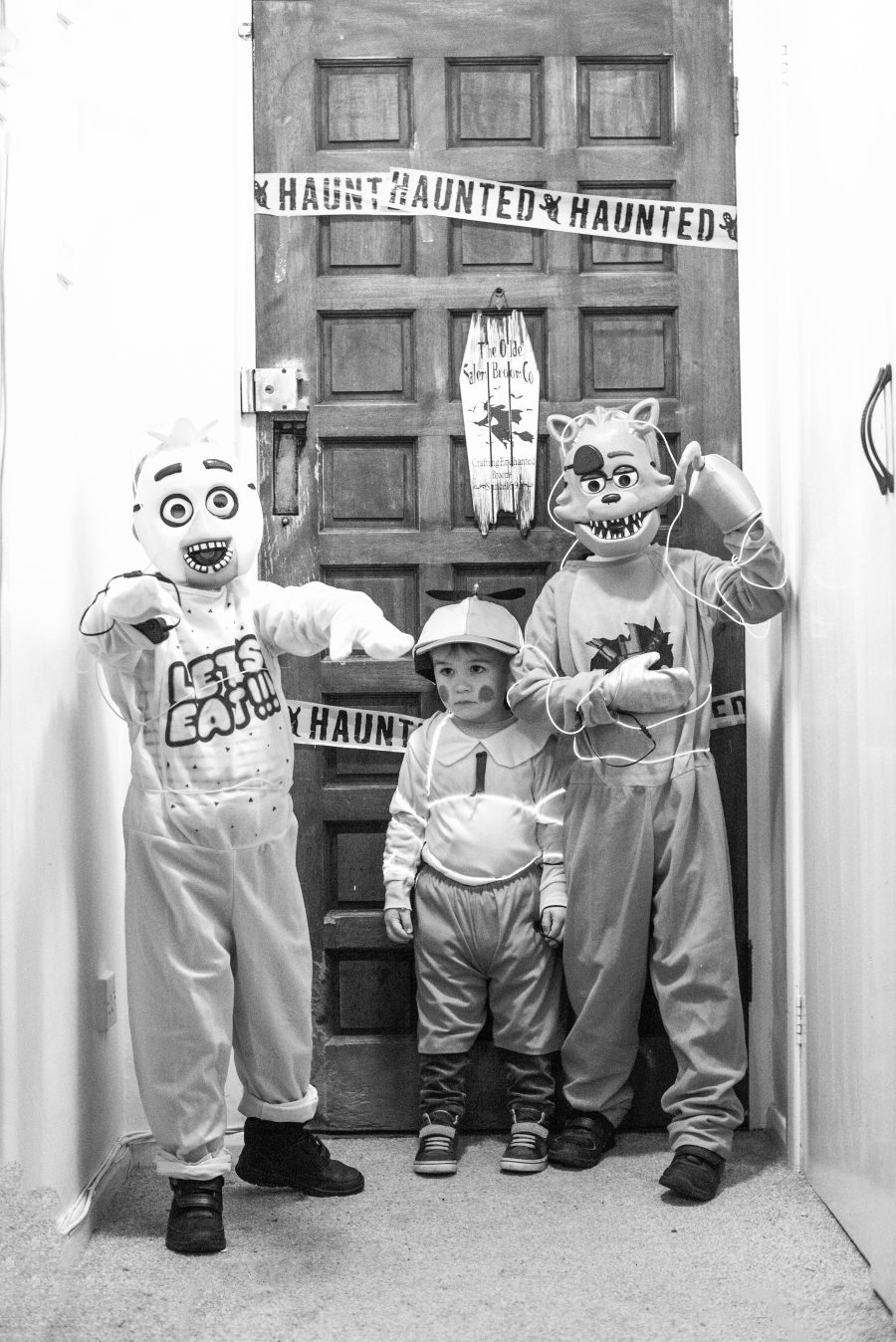 This is Hero’s best Balloon Boy face – he is sad apparently.

This year we went out with Lyoto’s little best friend from school as their house is too remote for any neighbours to take part.  It was brilliant as usual, with one set of our neighbours staging a complete graveyard which made the boys cry until they saw that there was a dog dressed up as well.  Whilst we were out, we discovered how Hero appeared to have twice as much as everyone else.  He was queueing at the front, smiling and saying trick or treat, then waiting whilst they other boys got theirs – and then as he’s so cute, when he was turning to go, he was being asked early every time if he wanted another little sweetie.  He was pretty impressed with his bucket this year. 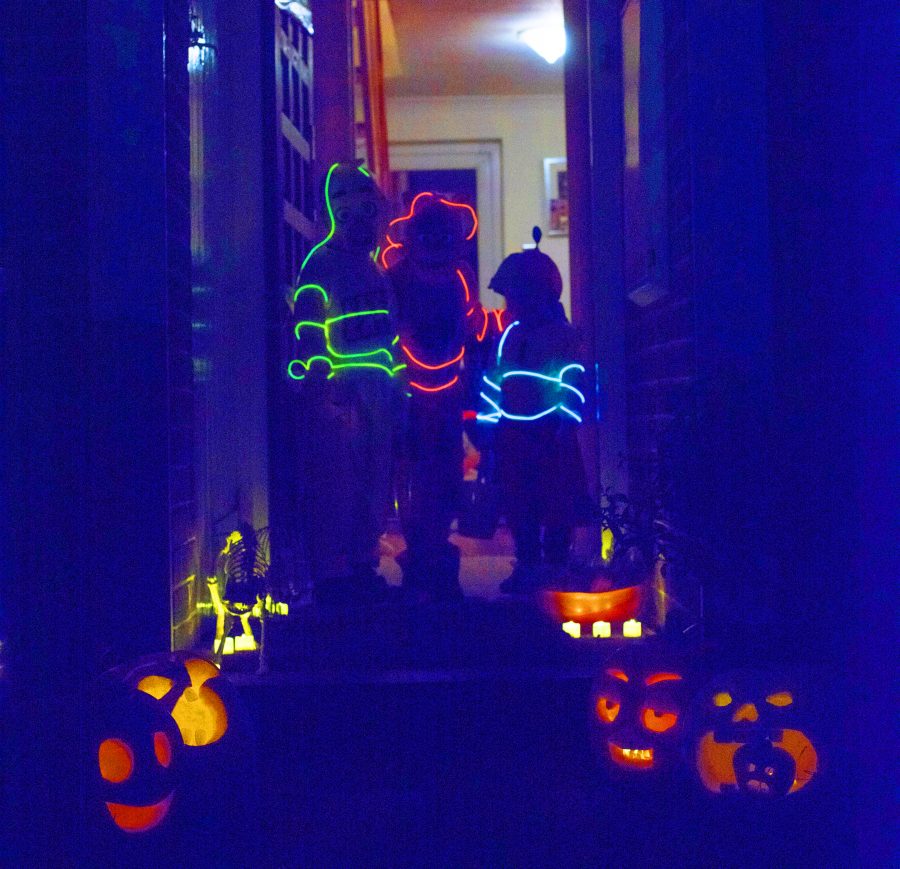 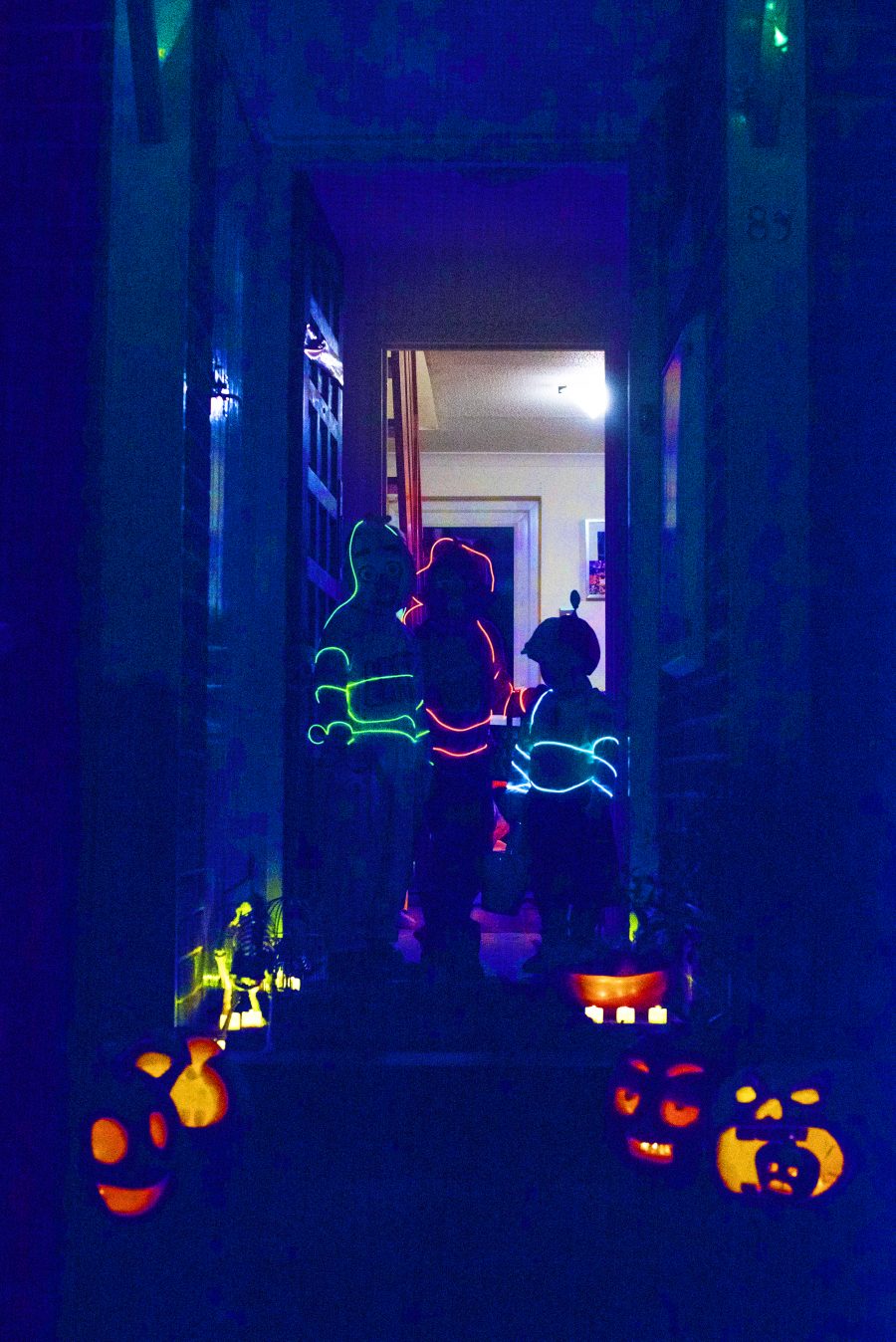 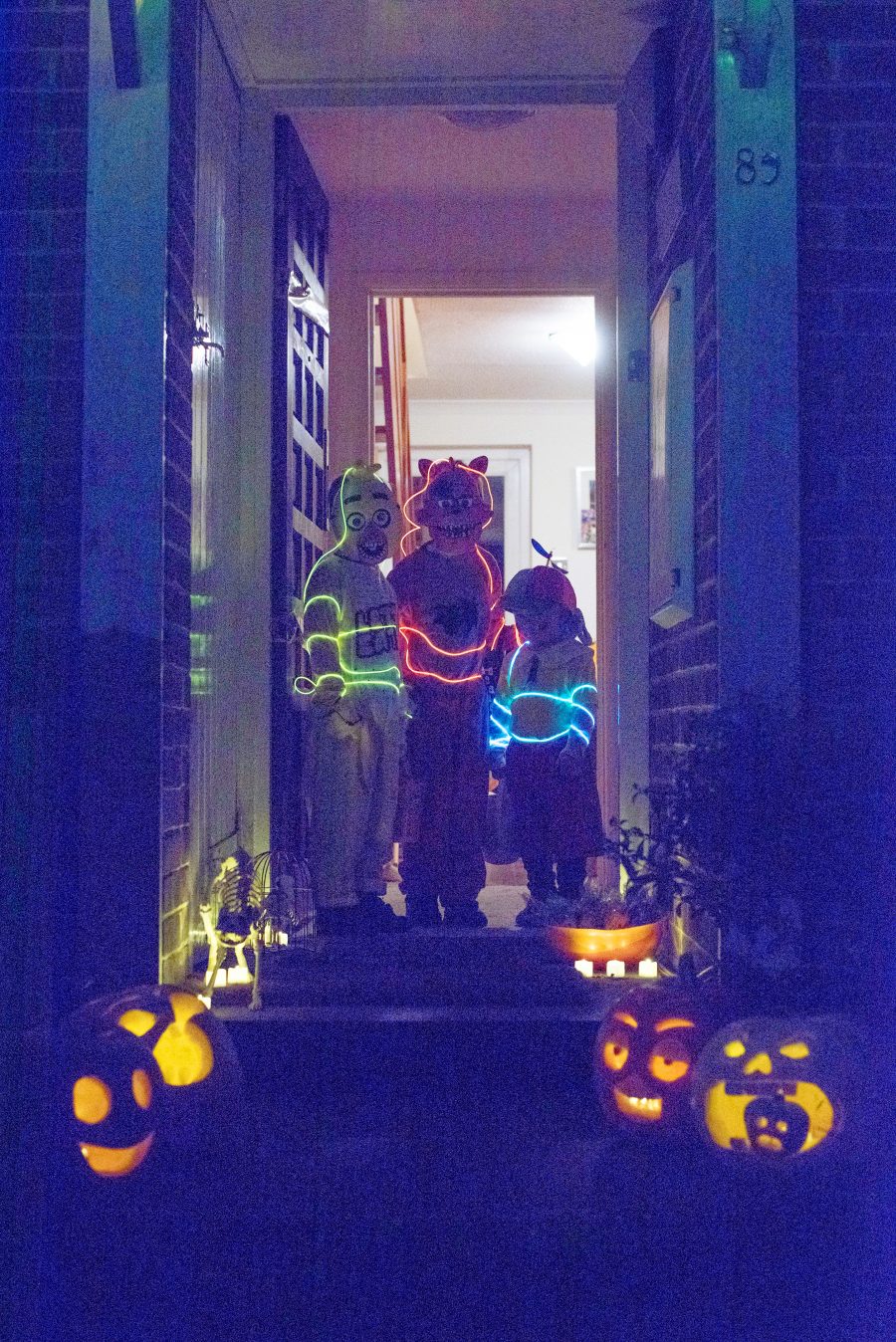 As usual, Hallowe’en photos are grainy and dark, but I love them all the same.  They’re our memories.  Happy Hallowe’en!

CHOCOLATEY THINGS THAT GO MUNCH IN THE NIGHT: A HALLOWEEN PARTY