Way back in 2013, when we took our two biggest boys to Walt Disney World for our fifth Disney Wedding anniversary, I was treated to afternoon tea at the Garden View Lounge, in the Grand Floridian Resort and Spa.  It didn’t go exactly to plan as Lyoto was only 20 months old and had a toddler meltdown just before our reservation and so the mister ended up missing most of it whilst he wheeled Yotie about outside trying to get him to nap in the huge BOB stroller.   It was so delicious though – and Disney does afternoon tea so beautifully that we decided we would celebrate the release of the new Disney movie this month with our very own afternoon tea with Beauty and the Beast. 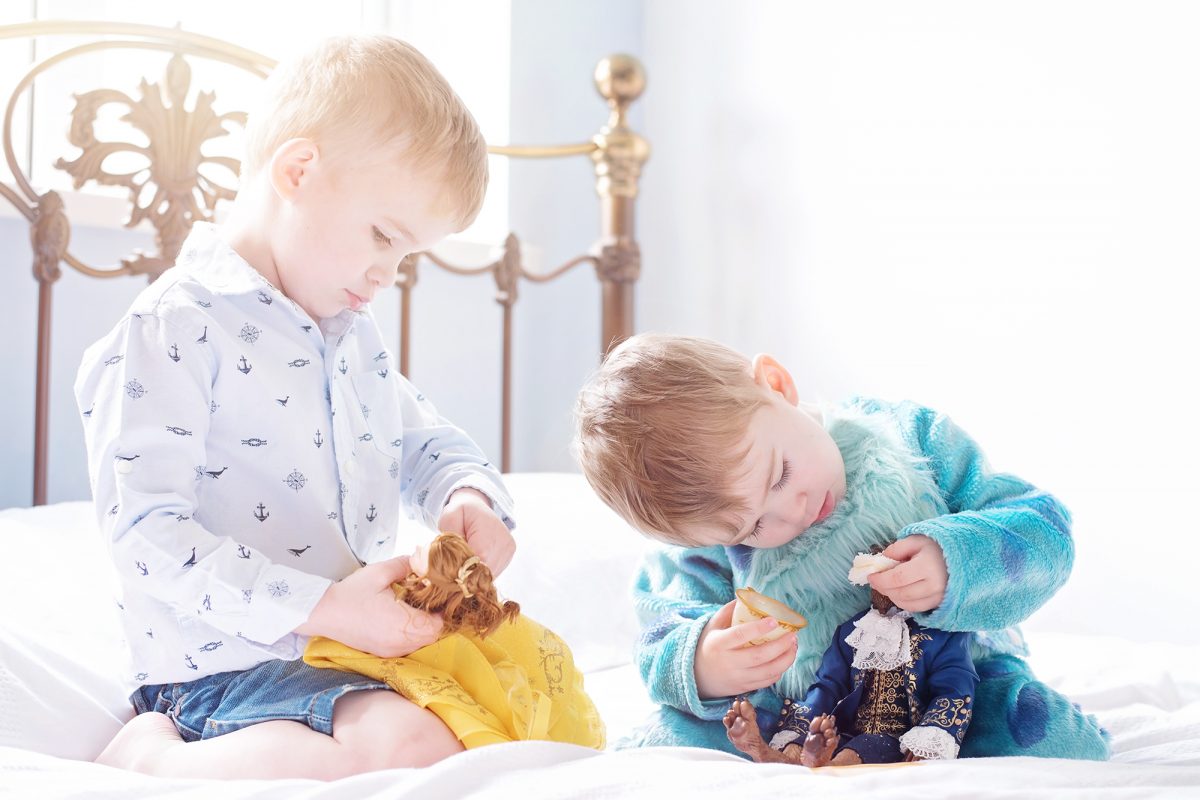 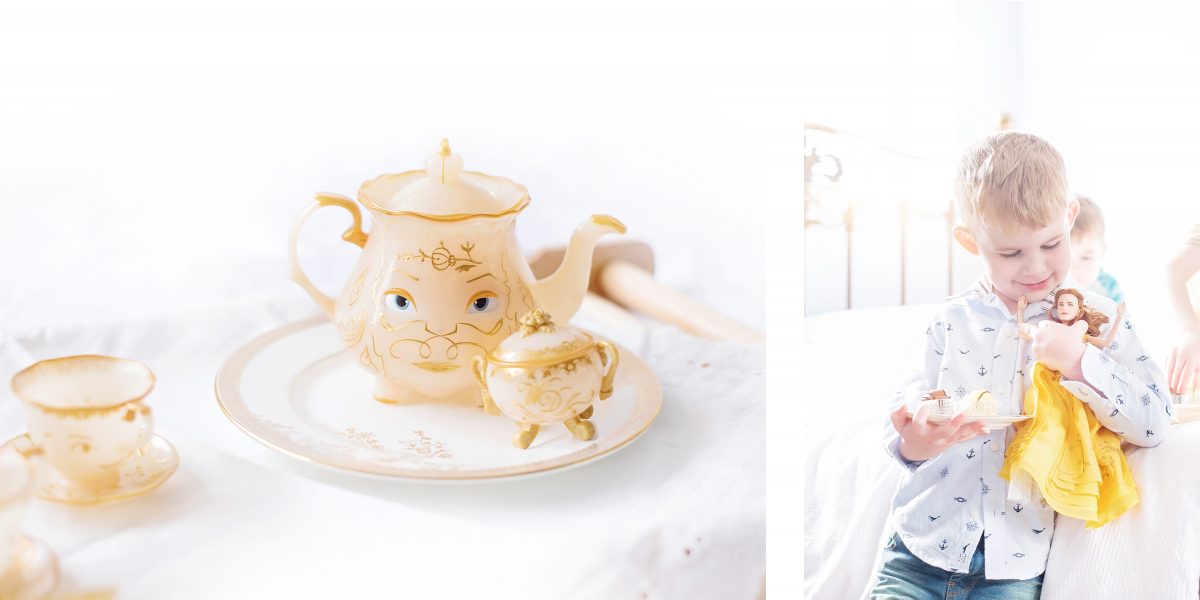 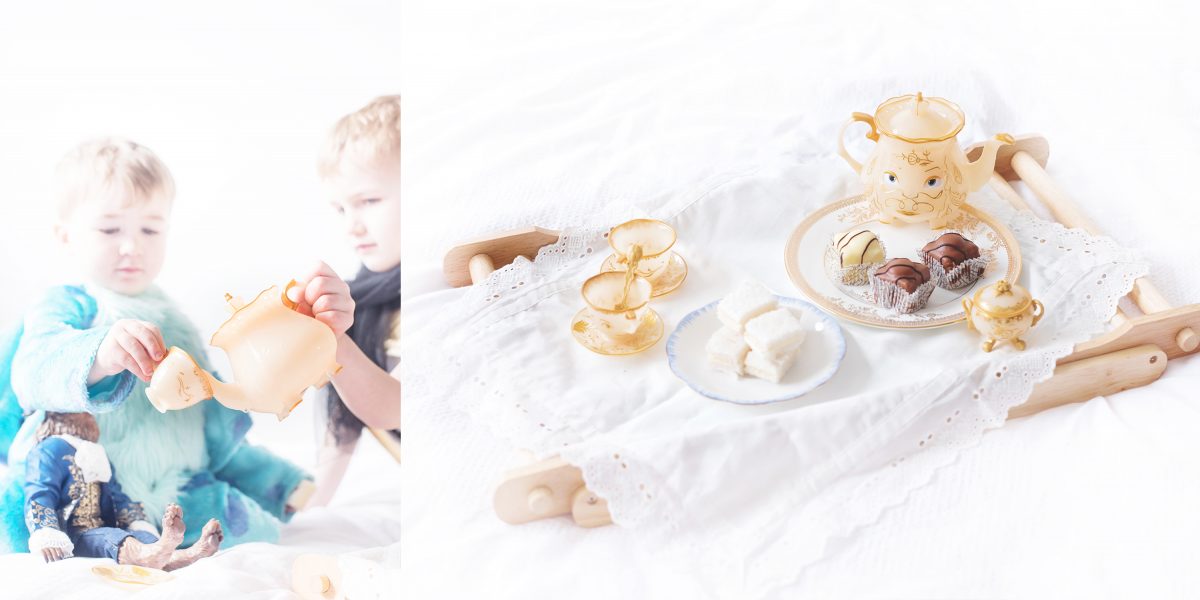 When we saw the Beauty and the Beast toy tea set from the Disney Store it was too much to resist.  The little set has a Mrs. Potts teapot who closes her eyes when tipped, and Chip the cup who can be taken off his little saucer, along with two little saucers, an extra cup and two tiny gold coloured spoons.  So cute.  Whilst we were making the sandwiches, the mister was doing his best Mrs. Potts [Angela Lansbury] impression behind us.  His version of her singing the Beauty and the Beast song is quite something else – and it’s because they all know how much I admire her [I’m a Murder She Wrote addict] that the boys find it even funnier when he does it. 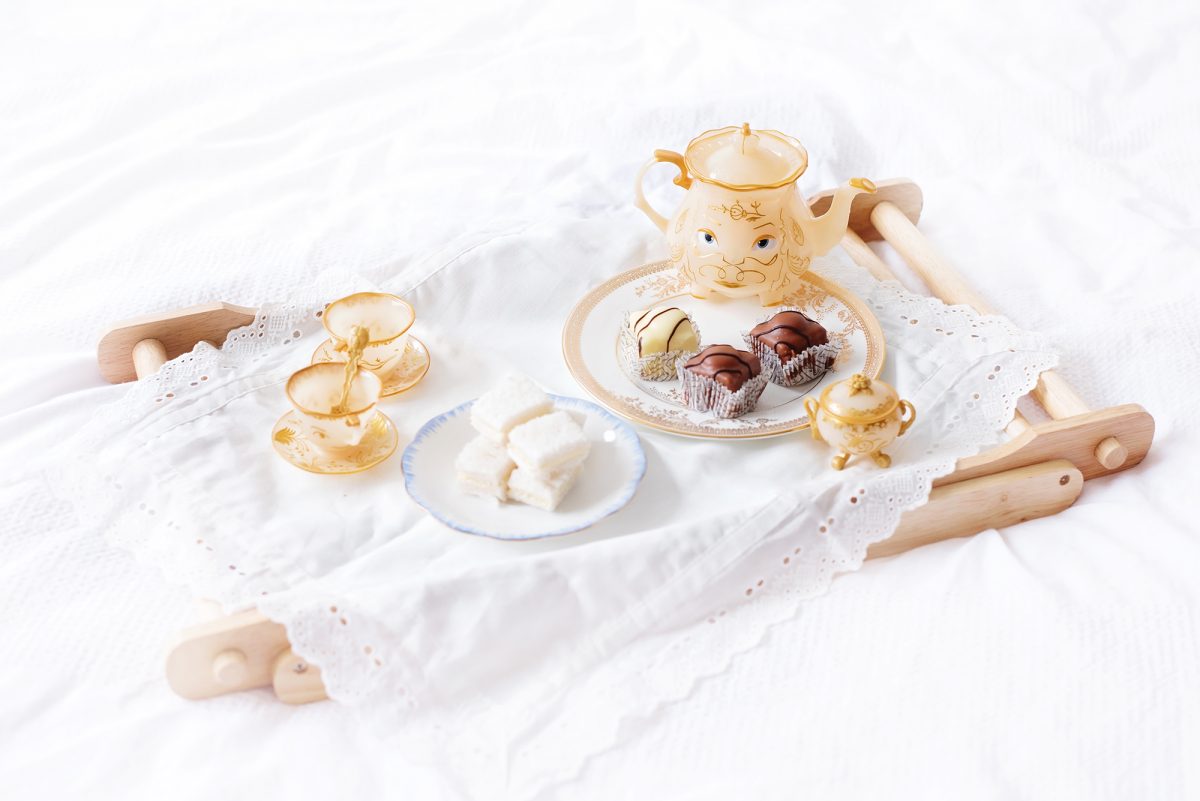 We needed a few guests of honour at our afternoon tea, and so somehow these two popped up.  They’re so detailed, and so beautiful – and we were all admiring them when Jensen asks Hero if he knows who the doll [the Beast] is.  “That DADDY!” came the reply. Ha ha ha.  Mommy gets to be the Princess Belle, Daddy gets hairy beast.  This led to a discussion about hairy legs and how Lyoto apparently will not ever, NEVER be growing hair on his legs like that – or his bottom, because they decided that the Beast surely does have a hairy bottom to match the rest of him.  Yes, that’s where the level of conversation is in our home right now. 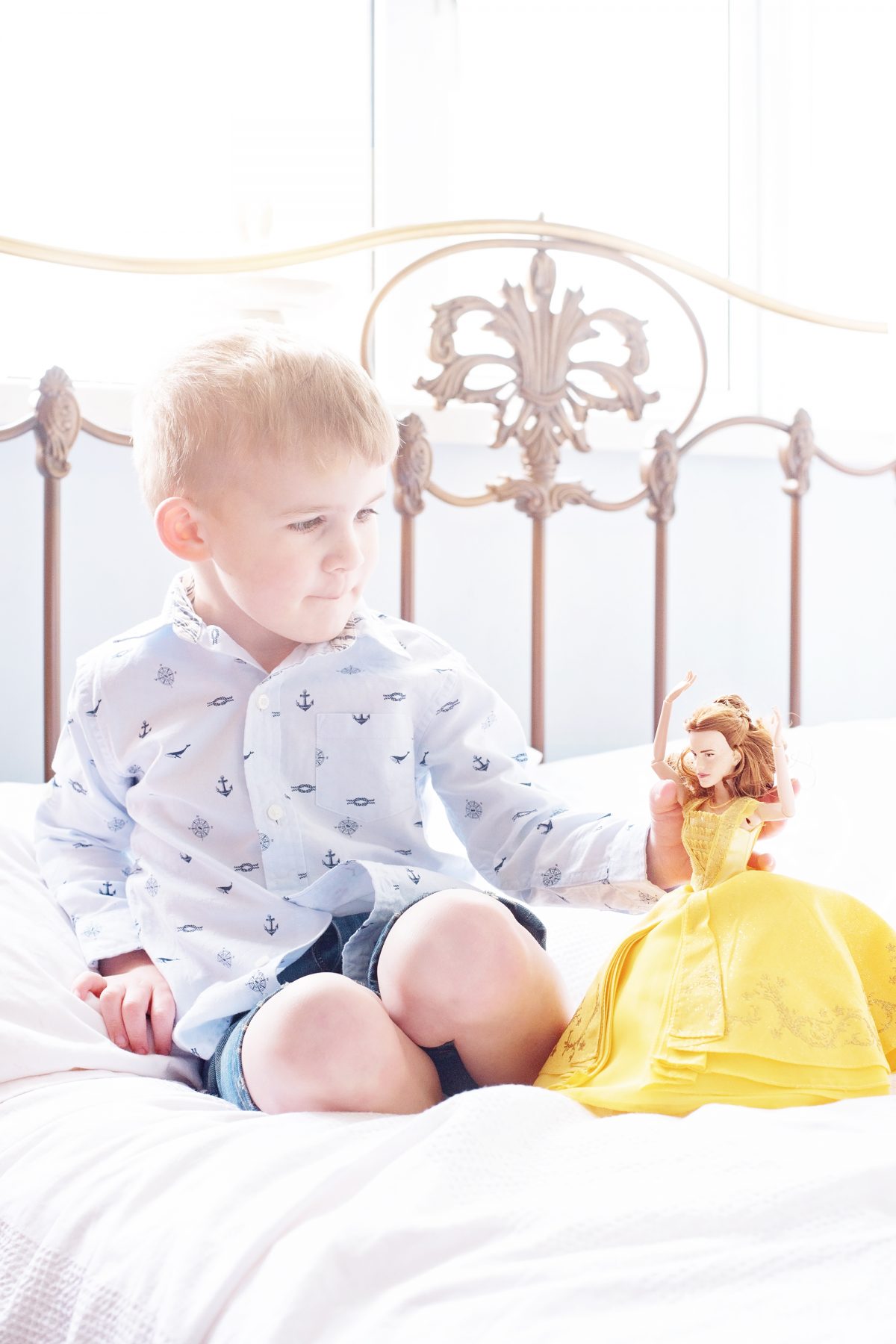 We also made some little [HUGE] red velvet cupcakes which I’ll share this week.  I got bit by the cupcake making bug again.  Hero managed to eat three of them in one day somehow and  gave them two cheeky thumbs up. 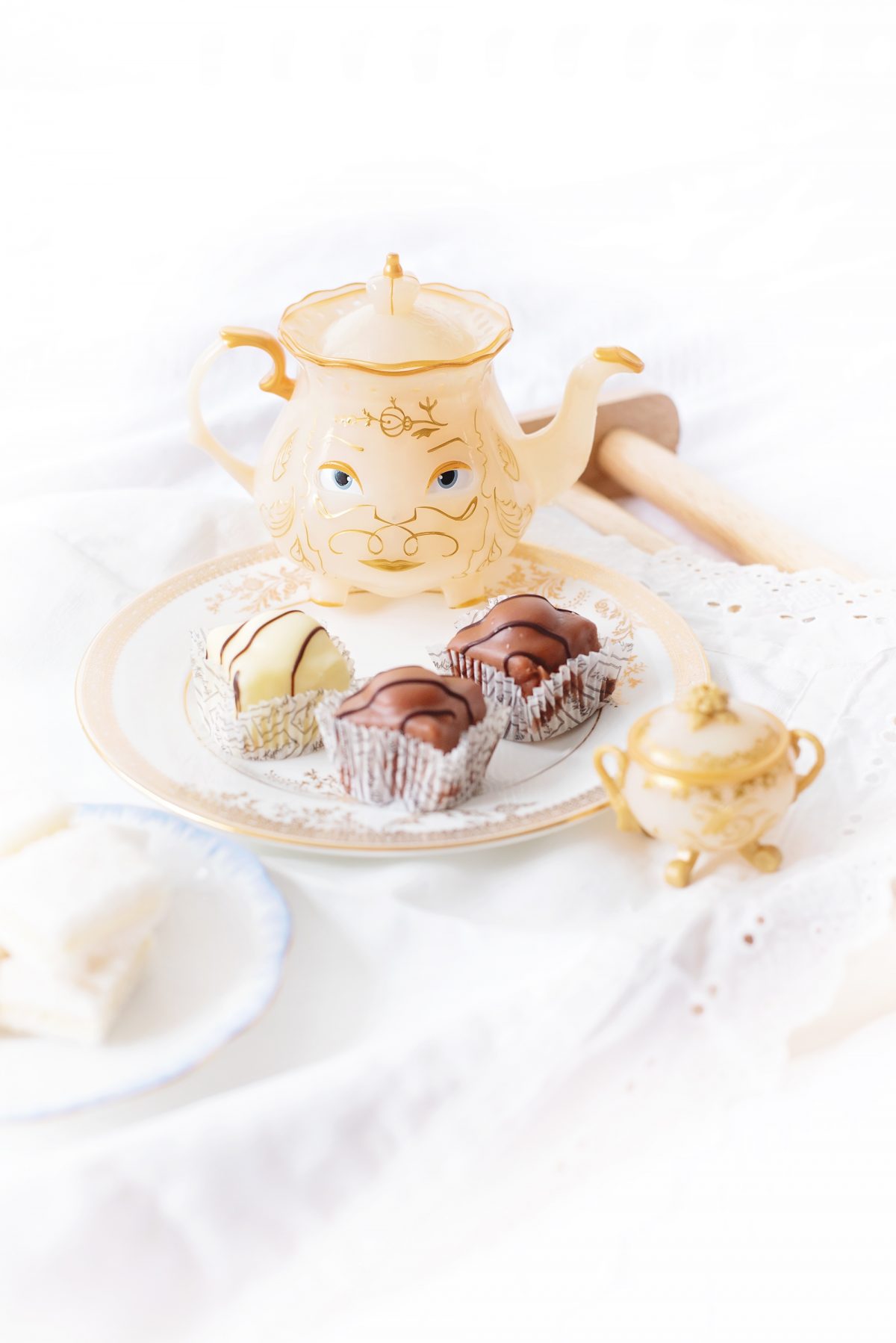 Tea parties are not just for little girls.  If there’s food, it looks fancy and it’s full of Disney fun then our boys are there.  They all dressed for the occasion in their own way.  Lyoto went with what Mommy chose [long may that last], Jensen designed his own and tried to make a ruff like Beast wears – and Hero had a small tantrum about wanting to be a mon’ter like Beast and refused to be anything but Sully from Monsters Inc. 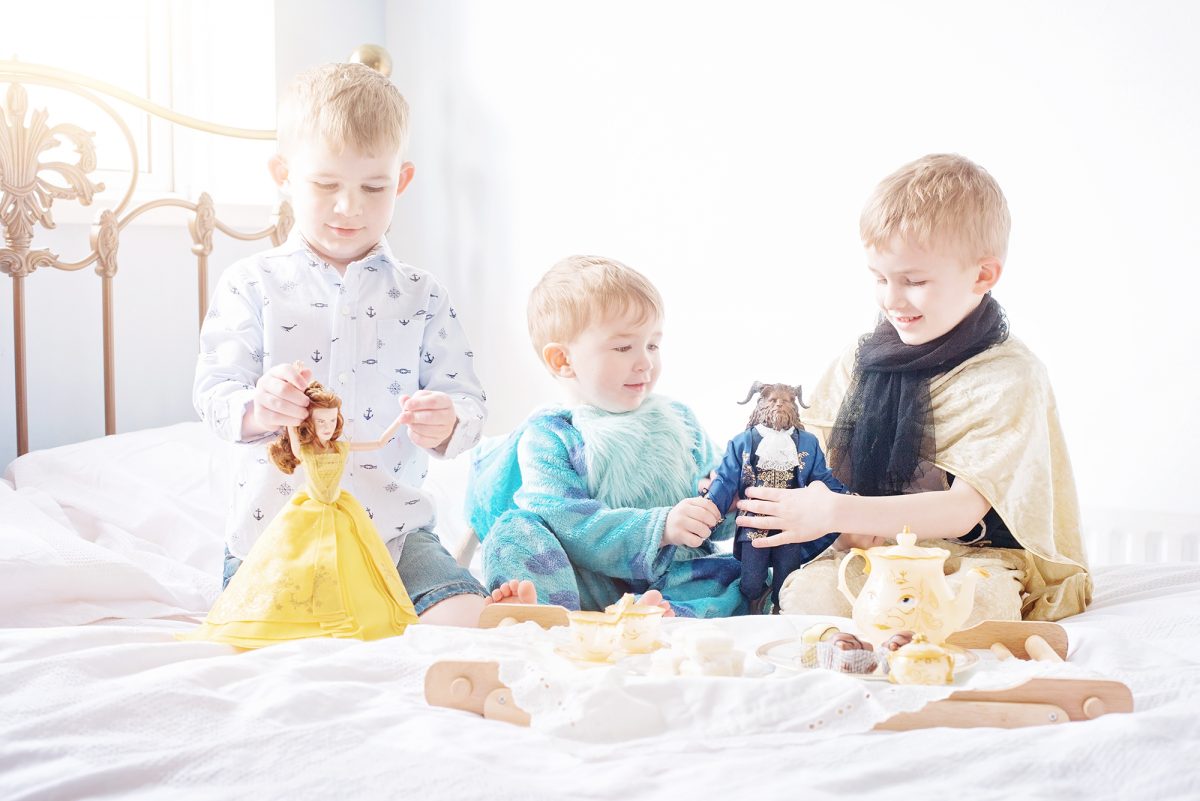 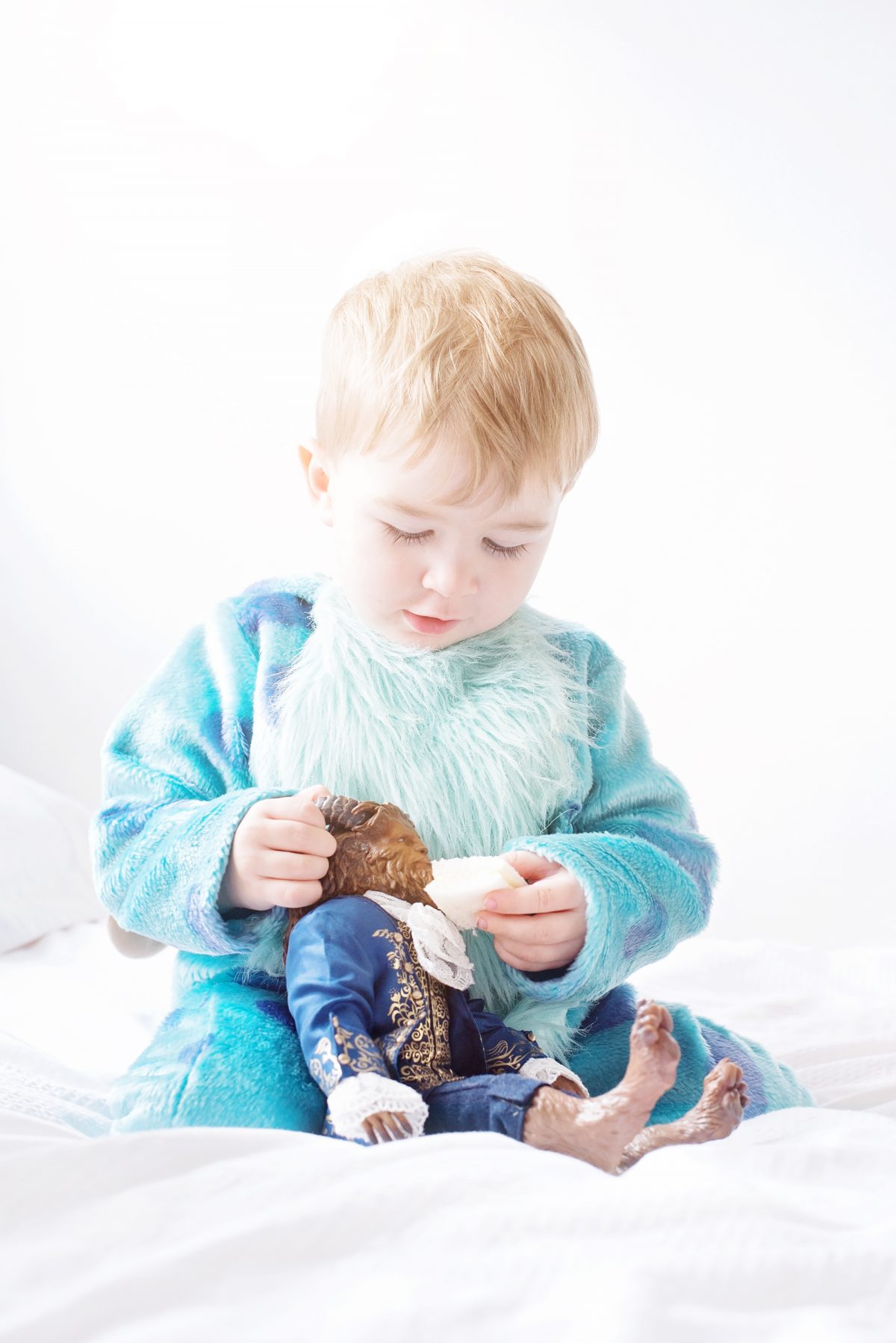 The day after my birthday is the release day of the oh-so-long awaited Disney’s Beauty and the Beast movie in UK cinemas.  Lucky for us, Hero has already enjoyed his first outing to the cinema and so he knows what to expect.  We can’t wait to see it come to life – Jensen is bursting to see Lumière and I want to see what Gaston is like…and the castle.  I have a huge thing about castles lately – we’re off to Corfe Castle that weekend too. Maybe I’ll take a change of clothing, see if I can find a ballroom 😉

We were gifted our toys from the Disney Store.

WIN A BEAUTY AND THE BEAST CHIP MUG #JONESFAMILYMUGSHOT

FLOWERS FOR A PRINCESS: A BEAUTY AND THE BEAST SURPRISE