We’re quite attached to Thomas, having spent the last year being Drayton Manor Park ambassadors – and this little Thomas and his Tidmouth Shed are the sweetest.  It’s a Thomas Day to Night Projector set that we’ve been reviewing is just the cutest ever.  It’s a two part nightlight projector with Thomas and his Shed from Tidmouth, and little hands can play with Thomas and wheel him in and out of the shed to little tunes.  The shades of Thomas are more pastel than the normal shades we see with him and his and Friends, even the rest of the My First Thomas toys and would be beautiful in a nursery.  However, instead of ending up with Hero, he’s with the bigger boys every night.

I adore nightlights – the lullaby music and dancing stars, fishes – and I thought it would be Hero’s favourite nightlight, but since Hero has decided that bedtime is the right time to fight sleepytime [I’m channelling PJ Masks here] at the moment and tries his very best to stay up and eat my dinner.  The two bigger boys have storytime with the mister and as soon as the end of the chapter has been read [three picture books, one chapter book every night is the rule apparently], Jensen switches on theThomas Day to Night Projector to hear him sing goodnight.

In the day whilst Hero is on his own, I can hear Thomas and his cheerful morning songs as he’s pushed through the shed. 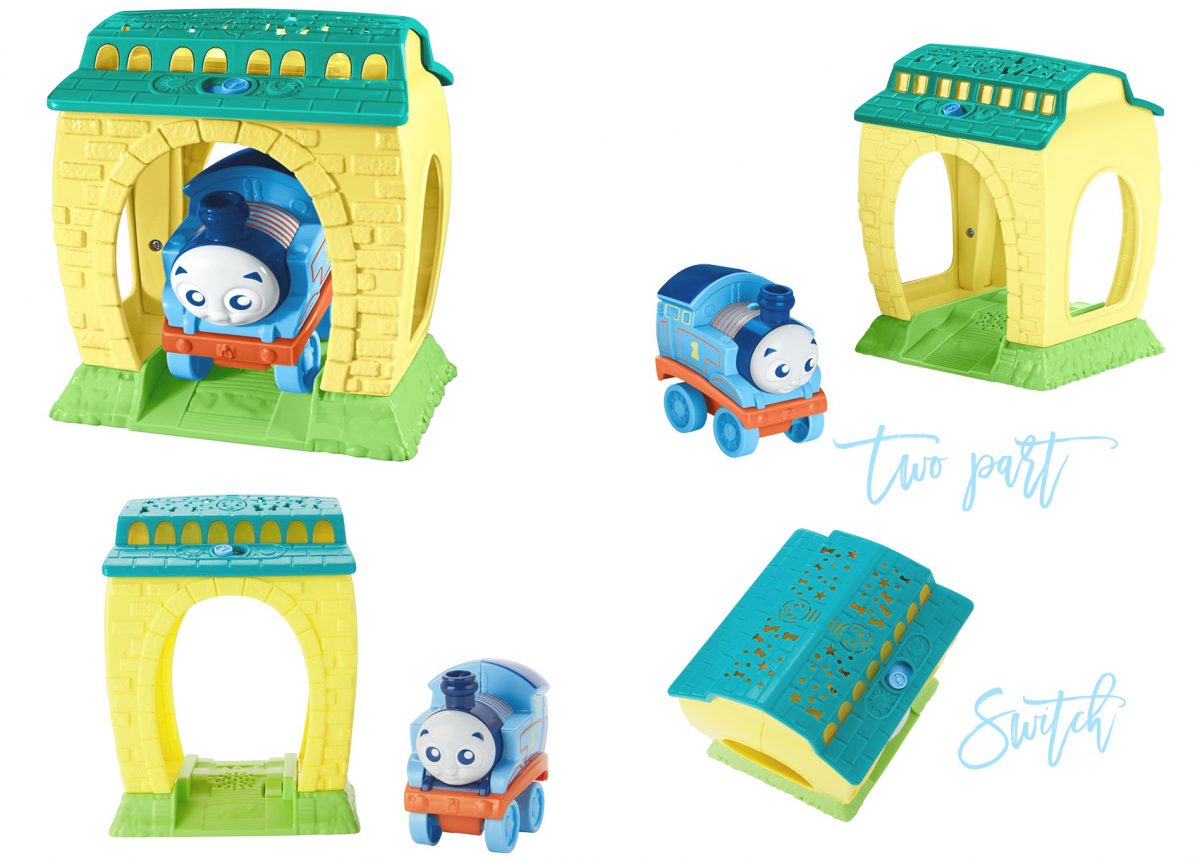 The beautiful little song for bed

How it’s so simple to change from day to night and vice versa with a little switch.  No fiddly bits or taking him apart in some manner!

That the nightlight was red, to induce sleep.  We generally find that night lights are white, blue or violet – all of which inhibit the production of melatonin.  Red light means falling asleep easier and for longer.