SUBSCRIBE TO OUR NEWSLETTER FOR SIX SECRETS TO AN EGG-CEPTIONALLY FUN EASTERTIME AT HOME!
You are here: Home / DISNEY / TEST DRIVE TUESDAY: DISNEY LION GUARD HYENA HIDE OUT PLAYSET

Since meeting Rafiki in the Animal Kingdom, our boys have LOVED anything to do with the Lion King.  When we stayed at the Art of Animation in 2013, they spent quite a bit of time running about the playground version of this very toy, pretending to be part of Janja’s gang – or trying to defeat the naughty hyenas.  When the boys saw the hyena playset, they were transported back and we spent about two hours looking through old Disney photos again [so terrible for me…hahaha].H

Enter the Disney Lion Guard Hyena Hide Out Playset.  Now we have both sides to play with and a complete set for a brilliant playtime.

…that Disney makes the “baddies” playsets too.  It’s always annoying when only the good guys are glorified in toys.  Children LOVE to play the bad guy from time to time – or unite against him  Disney does this with merchandise brilliantly.

…the different parts of this playset come apart.  So many playsets are in one part, but this one has two and gives a better play set up.

…how there are quite a few traps.  Janja tries so hard to capture our Lion Guard crew with his boulder drop, bone cave trap and collapsing ledge.

…that Disney toys actually look like the characters.  Janja looks as nasty as he is in the series.

…Disney for making sturdy toys.  The set is made of quality materials, and Janja is fully poseable, like the other characters.

…that there was more of the naughty hyena pack in the set. Poor Janja is on his own and has no allies – and all of the boys want to try being on the naughty side. Disney Lion Guard Hyena Hide Out Playset

…the tree had both pieces fitted to it for every figure to be able to attach – the little branch has nowhere to be stored and will be lost sadly – and having it separate doesn’t really let play flow very well for the boys. 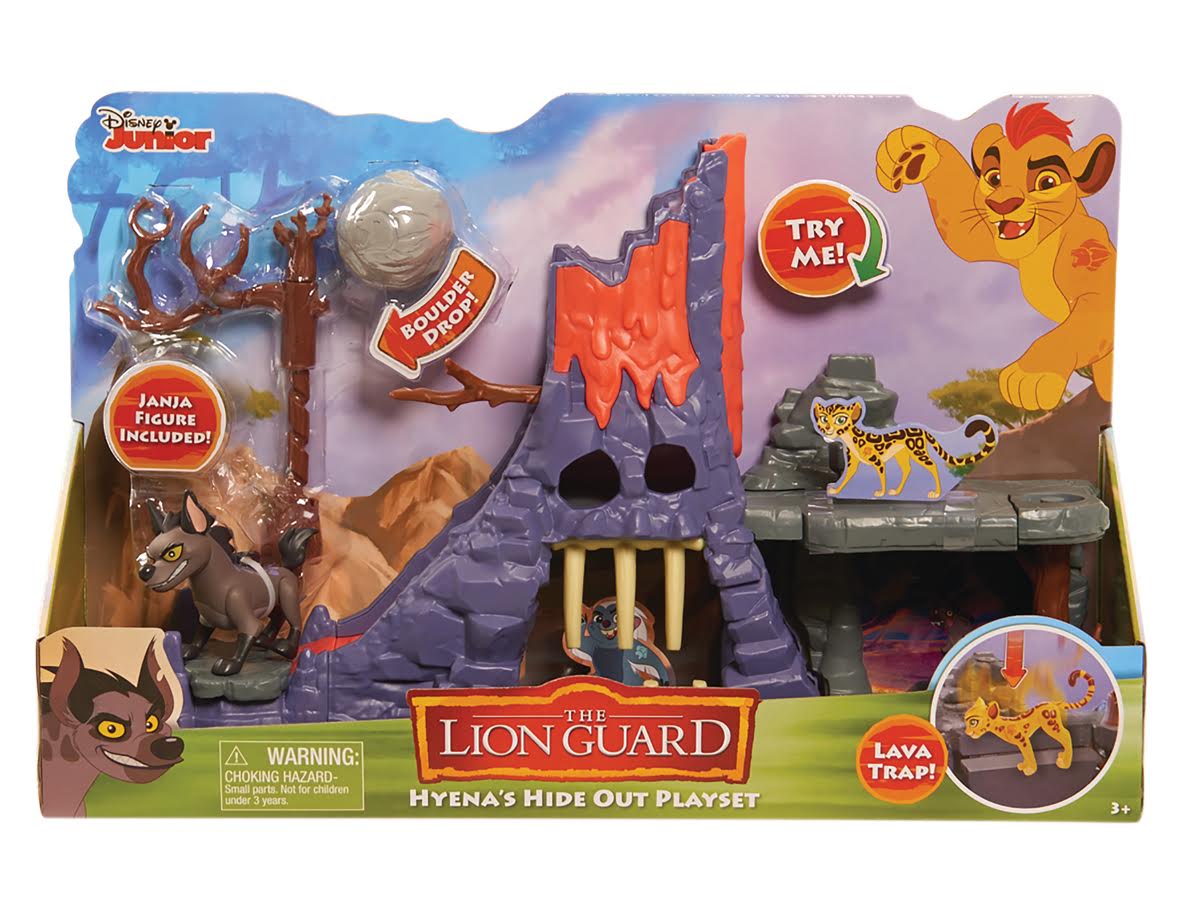