Over the last two weeks, between my three boys we’ve had five playdates. Last year the thought of one playdate alone would instantly leave me feeling as though I’d been kicked in the stomach – and here I am, actually inviting my boys’ friends over to play without a second thought. This is the début year of Jones family playdates – and it’s actually quite blissful.

Far from being the horrendous events that I imagined, they’re a revelation. Last week Hero had a teddy bear picnic playdate with some friends and I started to think about why I avoided having playdates for so long.

I’m not sure whether it was just a fear of getting stuck in, or because the term “playdates” sounds like it holds some standard that needs to be attained, but for those of you who are in the same boat as I was, rowing as fast as I could in the opposite direction a year ago, I’ve gone over all of the preconceptions I had about playdates – and looked at the reality, because these playdates have pretty much changed my stay-at-home mom life for the better. 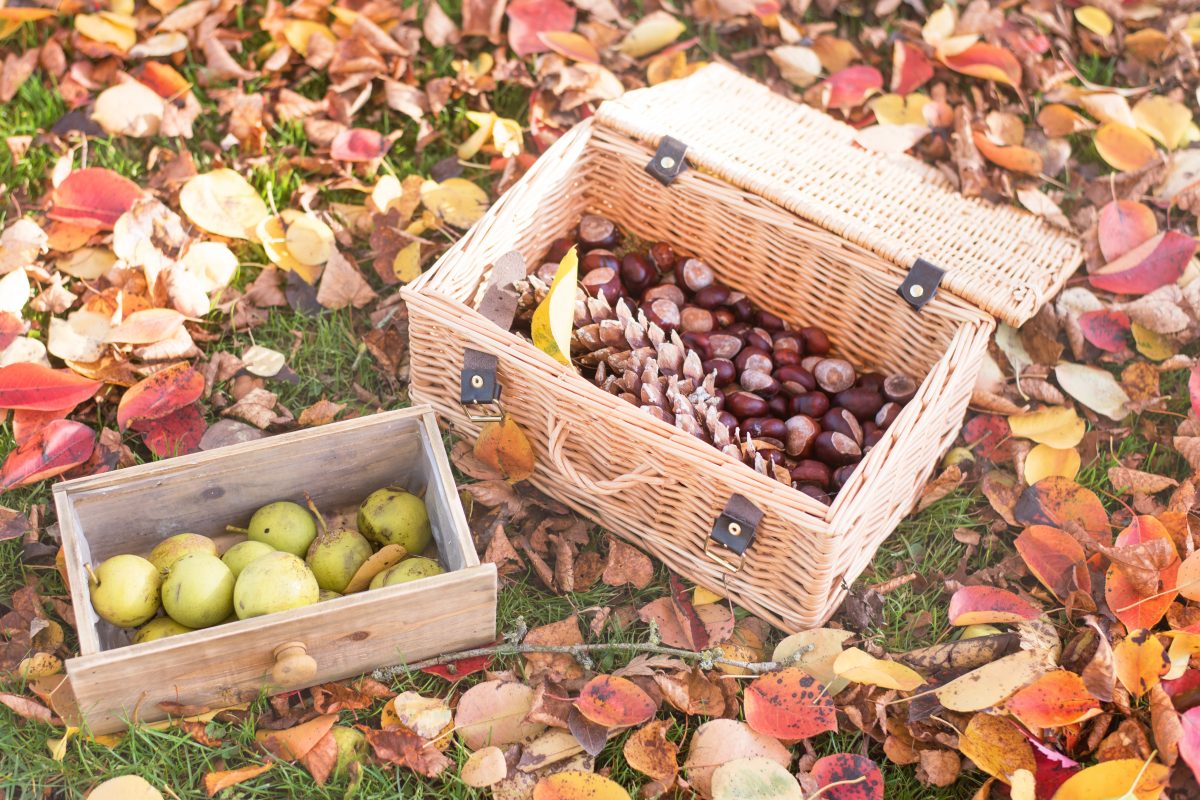 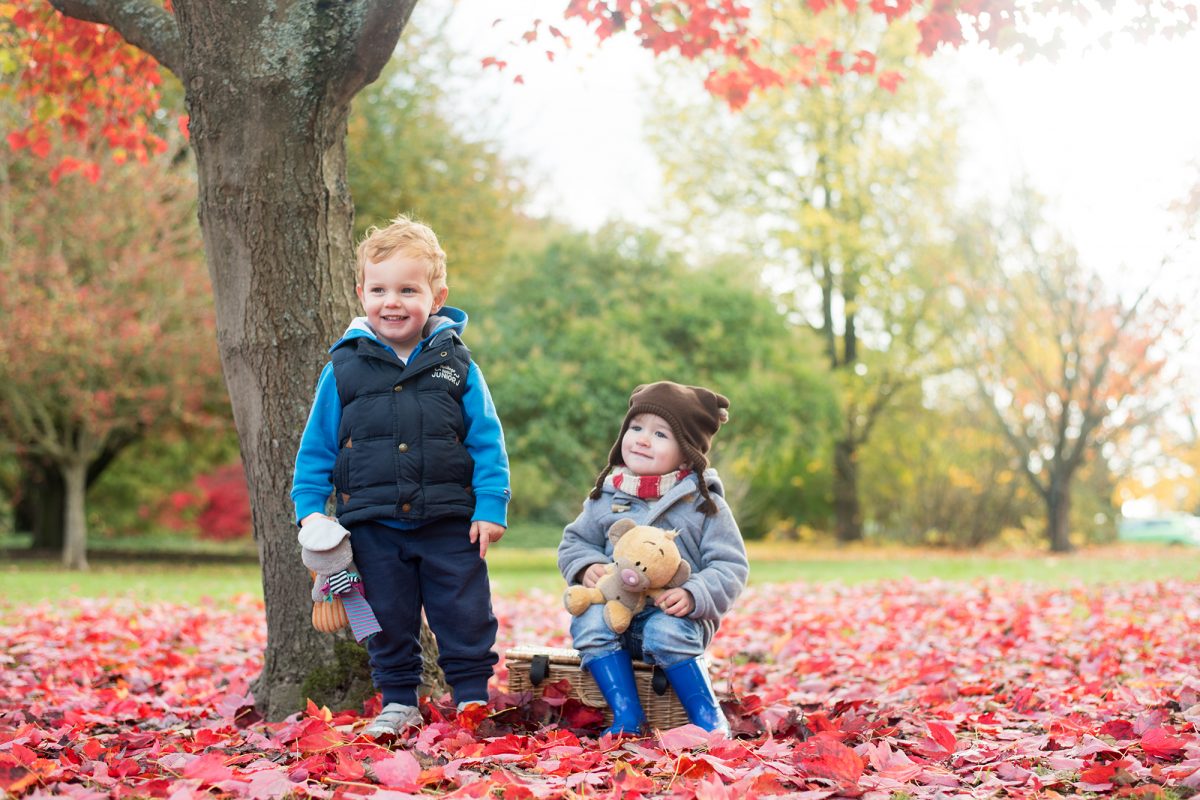 So here we are. Are you worried that…..

Your house needs to be perfect?

There’s a widely held misconception that playdates need to be themed, beautiful events in spotless houses – and honestly, over the six years of parenting I kept my doors closed for over four of them in fear of what others would think of my home.

Yes, I would love a tidy, Home and Garden type abode, but I have three little boys under six. With those adorable boys comes a great big bag of untidiness that I just can’t keep up with every day, try as I might. You can tell, as soon as you step through my doorway, that little children live here – and when I go to playdates, I can tell that about the majority of other houses too.

Yes, there’s the immaculate house or two, making me wish my living room was less full of superhero toys and dress up boxes, but what I’ve discovered is that I feel so much better, opening my own front door and inviting company into a less than perfect palace, than I would in not doing that.

After talking with my friends, I know that they feel so much more relaxed when they discover that none of us are living the perfect life, and we all have dirty dishes, baskets of laundry and who-knows-what under the sofa sometimes.

Everything needs to be a themed, planned, everything provided playdate that will cost a fortune?

Well, it doesn’t. I can’t afford to throw a party every time we have a little friend over and it would be exhausting for everyone involved – although I’m not denying that I do love parties, planning and pretty decorations. Hero is two and enjoys playdates at other friends’ houses mostly because there’s new scenery, a different garden to play in or a toy to play with that he’s never seen before.

Most of the under threes that come over to our house spend the majority of time bouncing on the trampoline or playing with water and sand – or in the mud kitchen! I’m not denying that I love a good theme – but that’s because it’s something I love to do, not something little Hero cares about or benefits from. Little people are remarkably unsuperficial and don’t consider whether you’ve bought the best of everything for their friend little Barnaby to come and play.

Your child might throw a tantrum/wet himself/do something else awfully embarrassing?

You know, these are the moments that fill you with dread by thinking about them, and when they happen, we deal with them. There’s a story about Jensen that was absolutely horrifying at our baby group afternoon when he was very young – and at the time I wanted to lock myself in the little room where I was frantically changing him, and disappear. Now I look back and realise that it’s just what babies do – and if I’d had a friend with me, we’d have laughed and dealt with it together.

When we enter the world of playdates and socialising, little people have a huge amount going on and it’s hard for them, from my experience, to process what they’re feeling in the best way sometimes. So as parents we deal with these moments – and as a friend watching these moments happen to you, I’m either going to be so relieved that I’m not alone because this is something that happens to me too, or I’m going to help you stay sane and not judge. Children are wildcards sometimes! 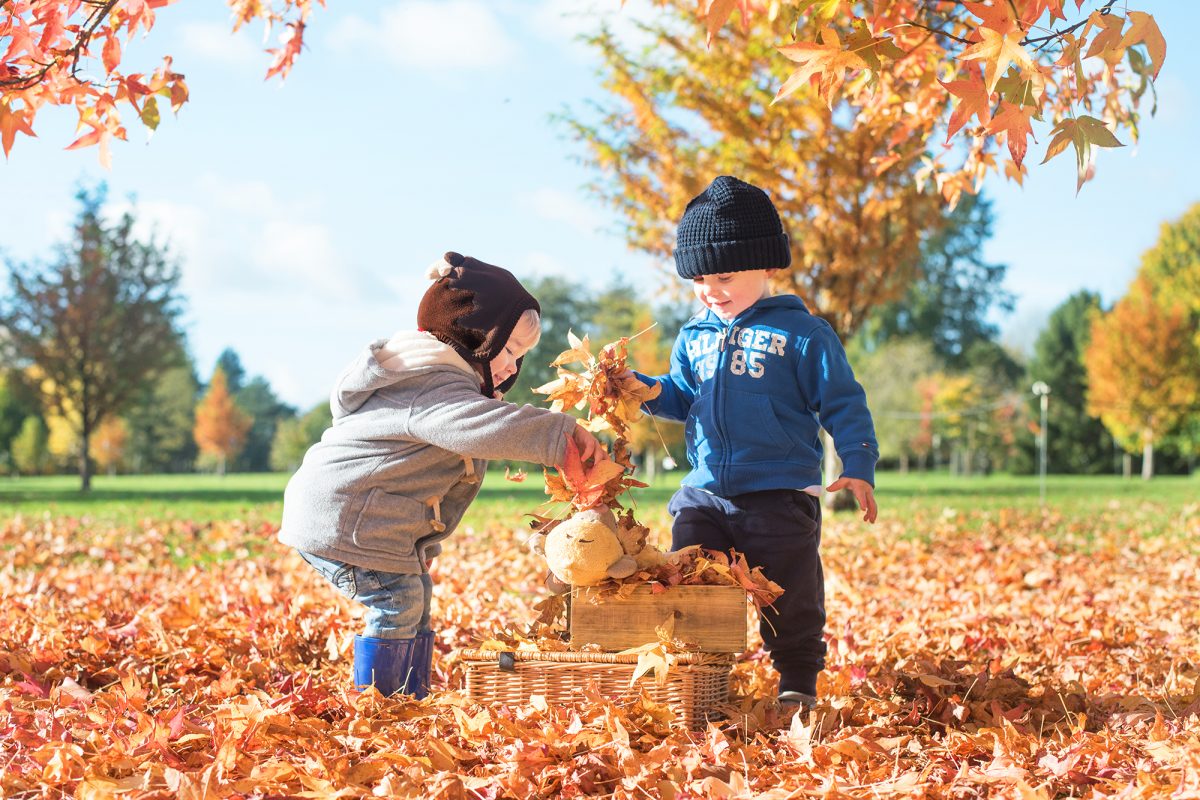 Compared to other little ones, yours isn’t walking, talking or doing as well generally as them?

I read a book of milestones week by week with Jensen and each time he was ahead of his apparent target, I was elated. I read and memorised each week’s apparent stage of babyhood and it drove me crazy when he walked quite some time before the book said he would, and yet never spoke until way after he apparently should have. I threw that book away and decided to learn from my actual child, instead of a textbook one. I love seeing the different ways they interact with each other as they grow – Hero will now play with his brothers when they interact with him, but he’s more than happy to just be near them, side by side doing what they’re doing. With his little “crew” at home the fact that Hero and his little friends seem to play side by side mostly – there are a few times when they join in with the same game, they’re generally focused on what they’re doing [unless it’s a toy that they’ve seen their friend play with that they now decide should be theirs, then we get to see where we’re at with the sharing concept…] 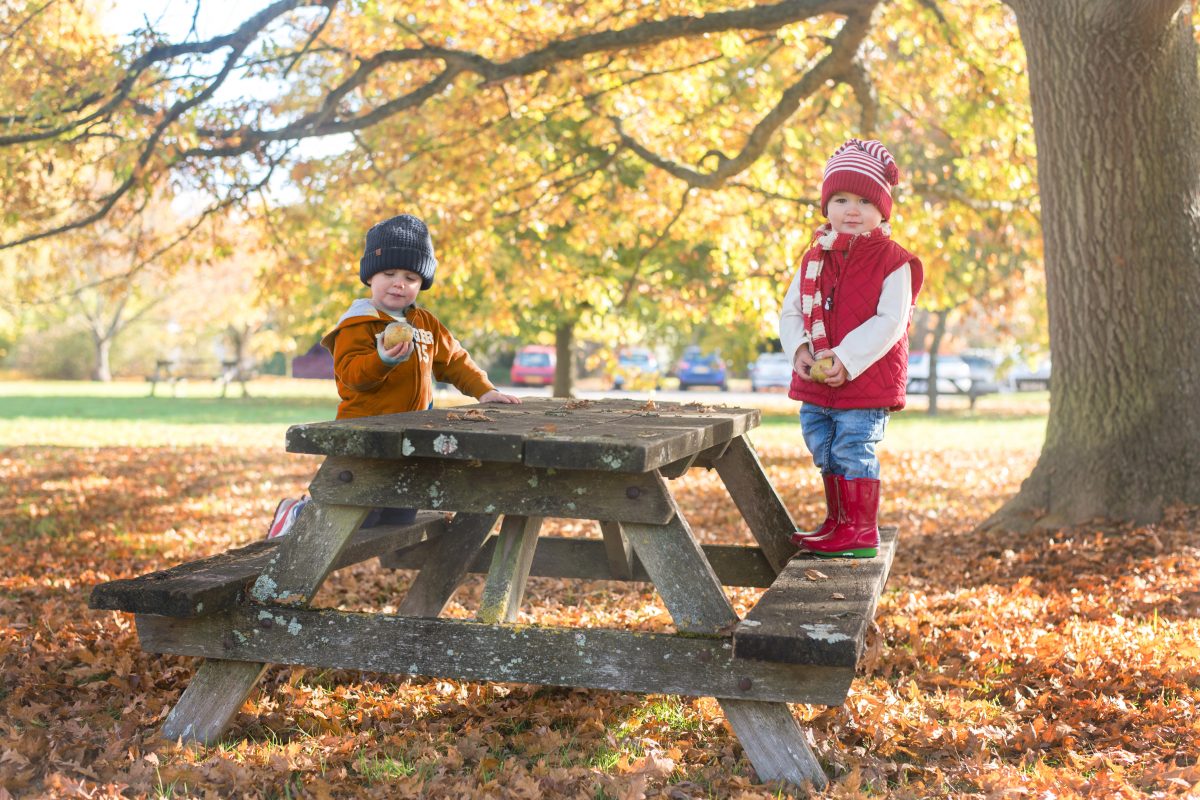 Structuring and organising playdates is alien to you?

I won’t lie – I do like activities at Hero’s playdates when the season or weather lend themselves to them. Last week’s playdate was with two wonderful friends of mine one of whom is a crafts fanatic and so as there are Autumn leaves everywhere, we decided on a teddy bear picnic with our little ones and had fun making bear ears together and bear print painting – which our boys all loved doing with us as their mommies, but didn’t lead to them interacting a great deal – until they reached a huge pile of leaves and unprompted, hilarious mayhem ensued. The best times are often the least prepared. 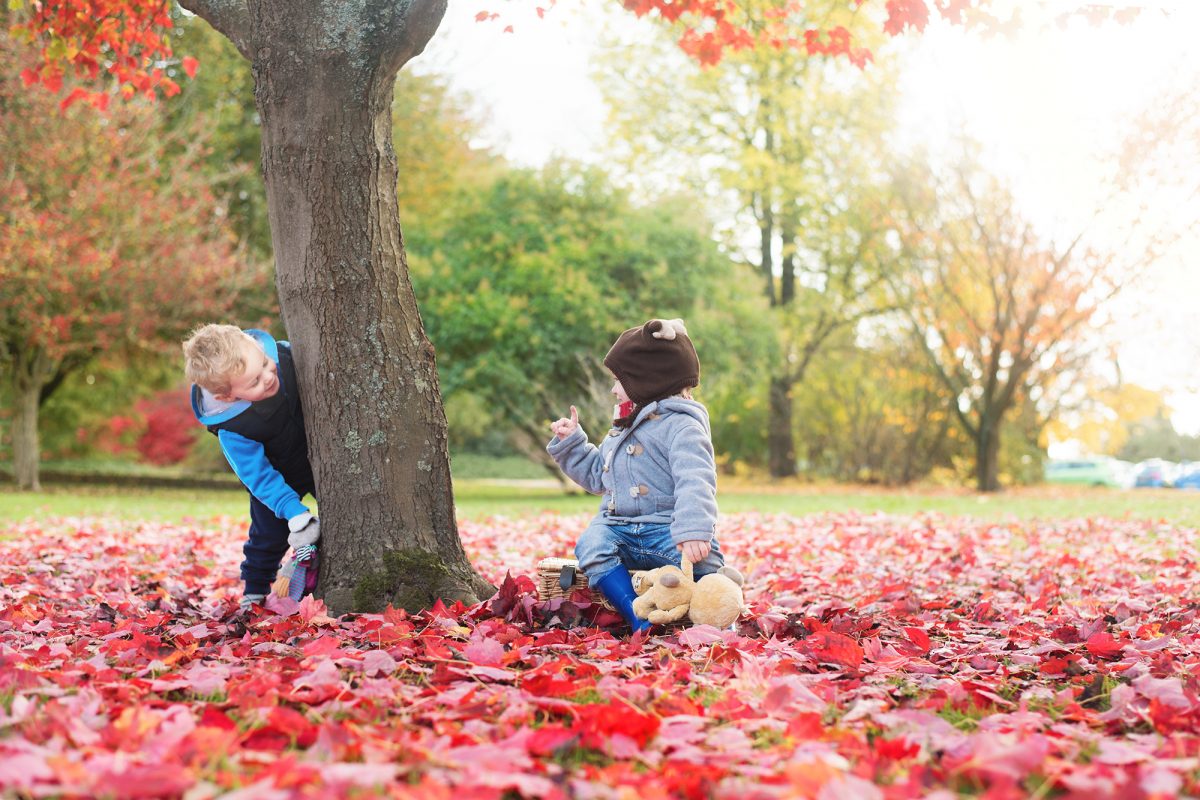 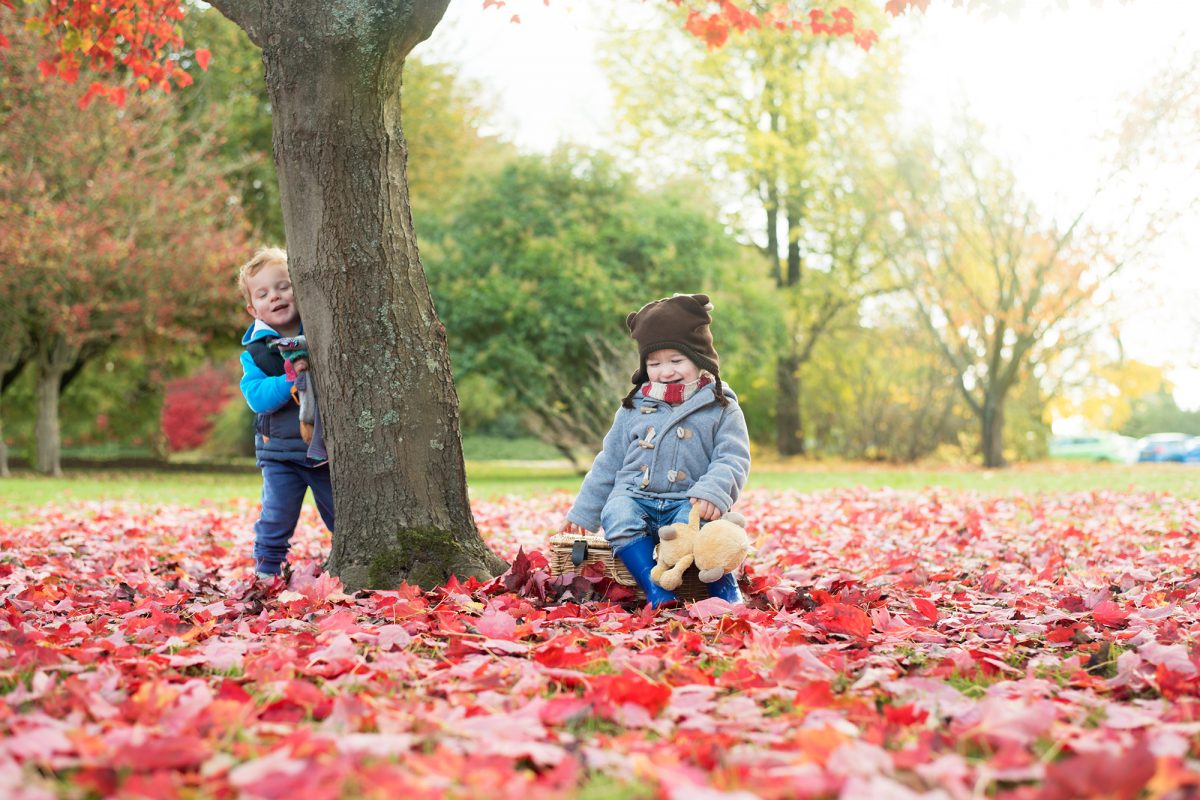 All you’ll do is sit about and talk without any benefit for your little one?

Well, yes. That’s true we do talk – but playdates are beneficial all round in my world. As a mommy I’ve been isolated for quite some time after leaving my career behind. Playdates with other parents make me feel less alone – and some days, 90 minutes of grown up conversation can be just as precious as 90 diamonds. Talking to others who are sleep deprived/struggling with potty training/dealing with a selective eater not only shares my problem, but often puts it into perspective and helps to see the lighter side of parenting – and someone always has a hilarious tale which once made them want to cry, but now brings tears of laughter. I’m less stressed about everything by the time I’ve spent an afternoon entertaining, and it makes me a better parent.

There’s little point in them, and you could be spending your little one’s time better?

After seeing my first son start school quite apprehensively and timid around other children, to my second who loves school and refuses to take a day off, I’ve seen just what a difference socialising with other little people can do for your own child. Hero is incredibly lucky to have two older brothers because he’s learning to share, have good manners and how to have empathy for others way before Jensen did as my first baby – and if I could turn back the clock I’d have had so many playdates for him that he missed out on.

I still like Hero to play with children his own age though, because his brothers will often give him preferential treatment as the youngest member of our family, and if I had triplets instead of boys aged 6, 4 and 2, play time would look – and sound – a lot different. He needs to be able to interact with other children his age who don’t have the same capability of understanding him – and playdates work brilliantly for this.

I also can pretty much promise you that your little one will get more exercise on a playdate than at home, will feel more confident when he or she eventually starts school, try new things and gain new skills faster when they get to be with children their own age, just for fun. 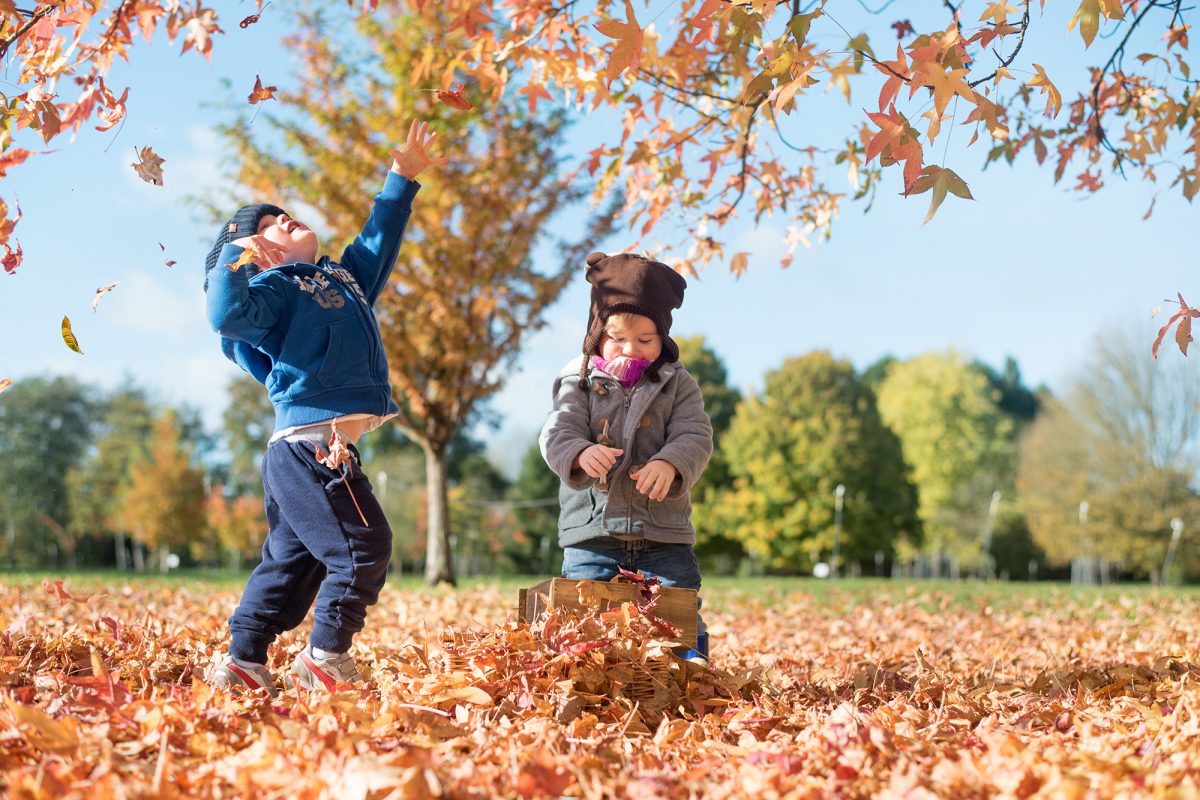 You’ve left it too late to start?

No, you really haven’t. Stop worrying about your house, your ability to host, your little one’s achievements – and have fun. Be less isolated, more sociable and so, so much happier. Playdates are fantastic fun and so good for everyone involved. Call another mommy, get out and stamp in those crunchy leaves, because it wasn’t just the little ones who were laughing, and it’s not just Hero who looks forward to Wednesday afternoons with his buddies.