With a very impressive IBM software Engineer for a dad, and a laptop almost permanently open in the house, it’s no surprise that our boys are interested in computer science – and I don’t mean reading the “HTML for Dummies” book that I was so kindly given by my husband a few years ago [and which I still haven’t read].  They want to be hands on, in a how-do-I-make-this-work way. Disney’s Moana: Wayfinding with Code launched this week and lets them do just that.

.Yes, our beloved Disney has recently launched Disney’s Moana: Wayfinding with Code especially for little ones like ours – an introduction to the basics of computer science, featuring characters from the upcoming and anxiously awaited Disney animated film, Moana.  The idea [and the reality] is that little ones can now be even more inspired to try coding for themselves – and learn how to bring their own stories to life, just like Disney.

It’s not the first time they’ve hosted Hour of Code tutorials – although we’ve missed both of them sadly!  The previous two years have featured Disney’s Frozen and Star Wars – and almost 40 million students have taken part to learn the basics of coding.

The story features Moana and Maui as they sail through unknown territory across the ocean. Following Moana and Maui’s travels, little ones learn basic coding commands to steer the boat and encounter conditionals, sequences and loops to learn, while they master the art of navigation. 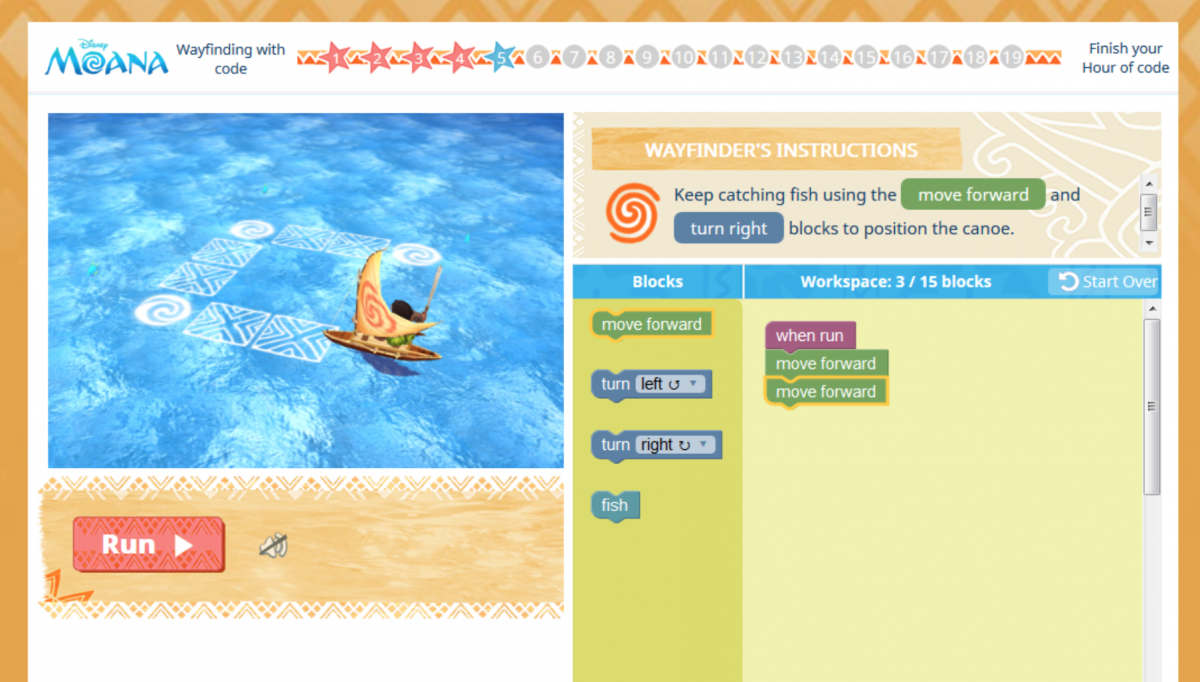 From December 5-11 it’s also Computer Science Education Week.  If you’re interested like us, there are a few ways you can get involved!

Apple Stores: All 39 Apple stores in the UK will host block-based coding for young coders workshops featuring “Moana: Wayfinding with Code” tutorials during the Hour of Code sessions from 5-11 December. This events will be happening globally too in over 400 Apple Stores.

Code.org: Code.org will host Disney’s Moana: Wayfinding with Code’ tutorial on its site.  This will show how to use the Disney tutorial in their lessons.

Disney Network: Disney will promote the “Moana: Wayfinding with Code” tutorial across its global channels.  UK access to the tutorial can be found here: disney.uk/moana-hour-of-code.

At Home: If you’d like to host your own hour of code event in your community, it’s easy to access the tutorial! Download the Disney Hour of Code Digital Toolkit.