SUBSCRIBE TO OUR NEWSLETTER FOR SIX SECRETS TO AN EGG-CEPTIONALLY FUN EASTERTIME AT HOME!
You are here: Home / GAMES AND TOYS / REVIEW: RAVENSBURGER THOMAS THE TANK ENGINE GIANT FLOOR JIGSAW

It’s jigsaw season! Autumn is here with its crunchy leaves and blustery days, and after school requests of hot chocolate and marshmallows from three little Jones boys.   The Thomas the Tank Engine giant floor jigsaw puzzle arrived via our long suffering postman late yesterday afternoon and was promptly emptied onto the floor before I could blink.

The Thomas the Tank Engine giant floor Jigsaw puzzle by Ravensburger is a 70 x 50cm [that’s pretty big] creation made up of 24 pieces of sturdy cardboard and as ambassadors of Thomas Land at Drayton Manor Park, anything Thomas is a huge hit – our family feels a huge loyalty towards the number 1 ‘steamy’.  Anyway, suitable for ages 3 and up, here’s what we thought. 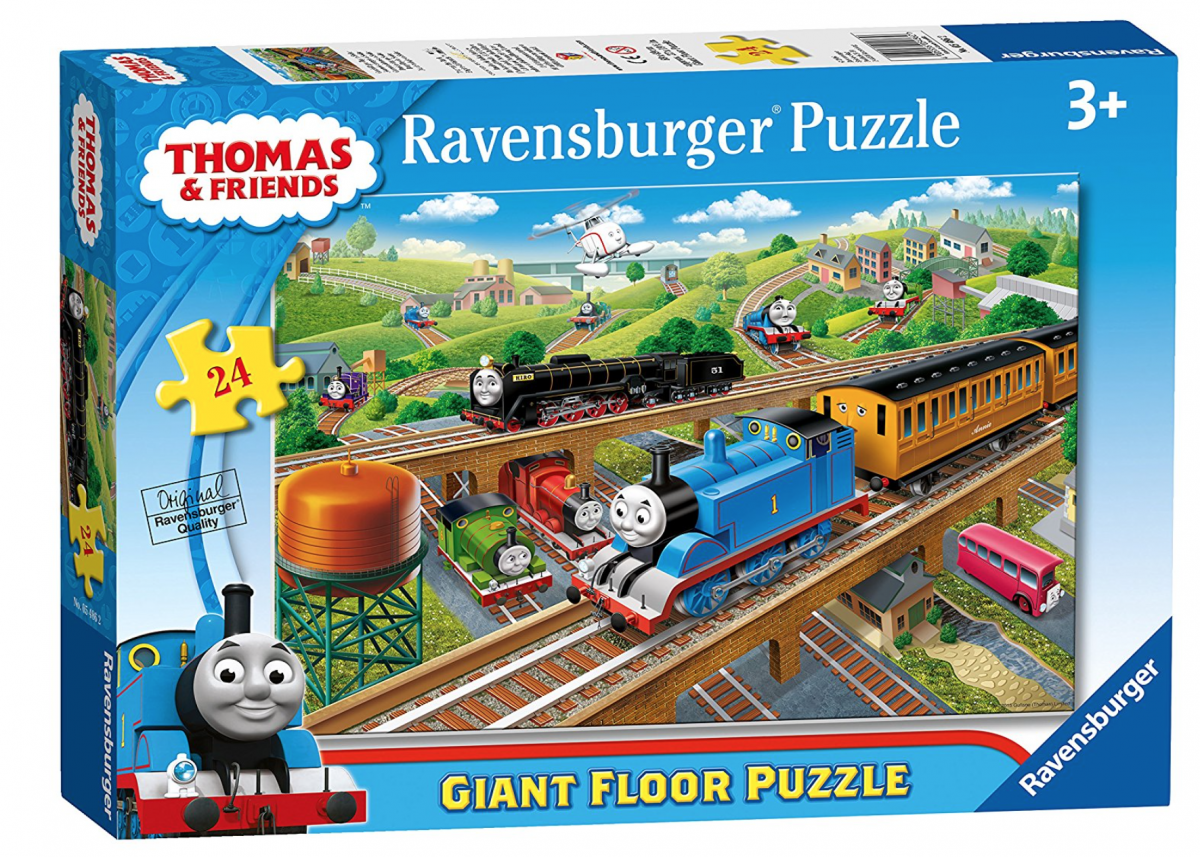 The pieces are hard wearing and none of the connecting bits got bent, even when used by Hero, who’s two and very keen to get stuck into the business of jigsawing.

It’s colourful, big and bright – and there’s lots going on in the picture of Sodor.

Hiro the train is on there [he’s the little black engine] – Hero loves to see “him” on there – and it’s rare we see Hiro at all.

That jigsaws foster teamwork.  Jensen takes the corners and edges, Lyoto builds the big bits, and Hero tries to put pieces in anywhere he can.  They’re all focused and occupied for at least 10 minutes together and it’s so lovely to watch…until someone hides the last piece.

That jigsaws were waterproof.  That’s about all we could think of!

We were sent the Thomas the Tank Engine giant floor Jigsaw puzzle in return for our honest review. 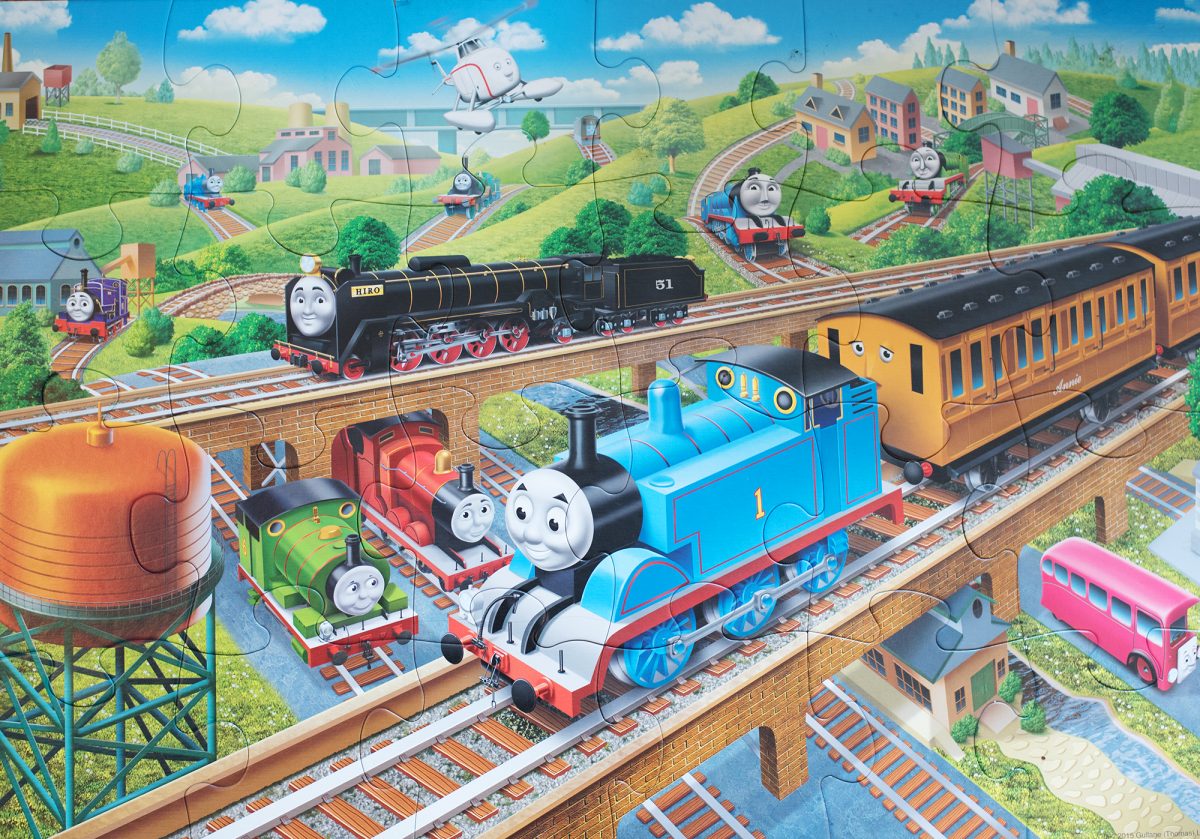