SUBSCRIBE TO OUR NEWSLETTER FOR SIX SECRETS TO AN EGG-CEPTIONALLY FUN EASTERTIME AT HOME!
You are here: Home / GAMES AND TOYS / SLEEP TIGHT ALL NIGHT BEAR REVIEW & GIVEAWAY

There’s hardly a parent I know who hasn’t been poked awake or stared in the face until awake – or had their eyelids lifted by an overeager son or daughter, keen to get the day started.  There’s also hardly a parent that I know with children that gaily skip up the wooden hill to bed each night instead of stating that they hate bedtime, it’s boring, they’re hungry, it’s too light out, it’s not time yet, they need a drink, need the toilet, need to just not-be-going-to-bed yet.  The possibility of being able to have them sleep tight all night sounds like a beautiful yet whimsical concept.

Bedtime isn’t fun. Mornings aren’t that much fun either if like me you’re woken each and every morning [besides this weekend for me, I was on a press trip in Germany, living the crazily indulgent life of a person who sleeps more than four hours a night] by a prod in the retina or a stamp on the hair, causing intense pain as their body weight sinking into the pillow makes a fantastic attempt to tear my scalp off. 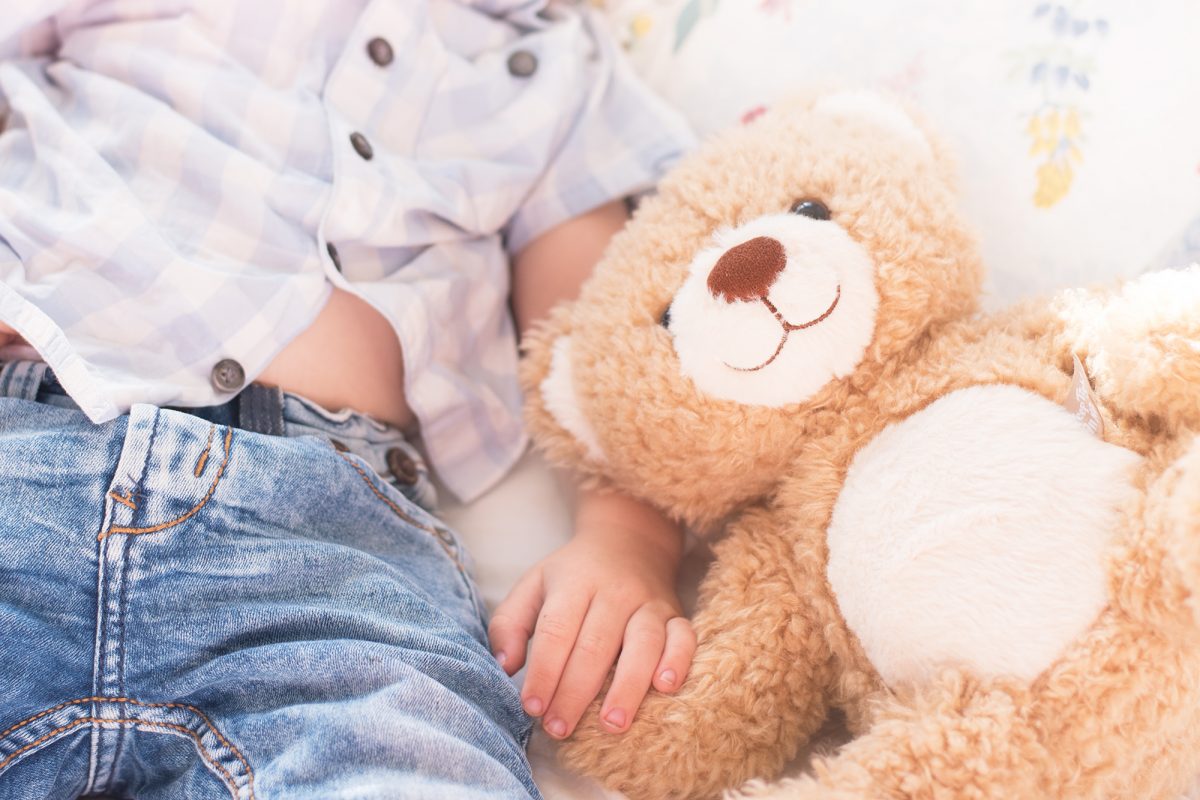 We’ve tried routines.  If I hear one more person preach about how miraculous their children are because they are just so awesome at sticking to their routines, I will personally start an oompah band outside their home at 5am.  You see, much like Anna in Frozen, when the sky is awake, my boys are awake.  Well, 2/3 of them anyway. Hero is still a bedtime loving boy – especially in my lovely Pip Studio bedding.  We’ve tried black-out blinds. We’ve tried mobiles. We’ve tried just plain telling them that it’s time for bed/not to get up.

We were rather keen [read: desperate] to see if Golden Bear Toys’ Sleep Tight All Night Bear could work some magic in the Jones boys’ lives.  We took him upstairs and showed him to the boys, and said he was going to be able to help them know when to sleep and when to get up in the morning.  The bigger two were very excited at the idea of a magic bear who knows what time it is – however, one look at Bear and Hero fell instantly in love with him. 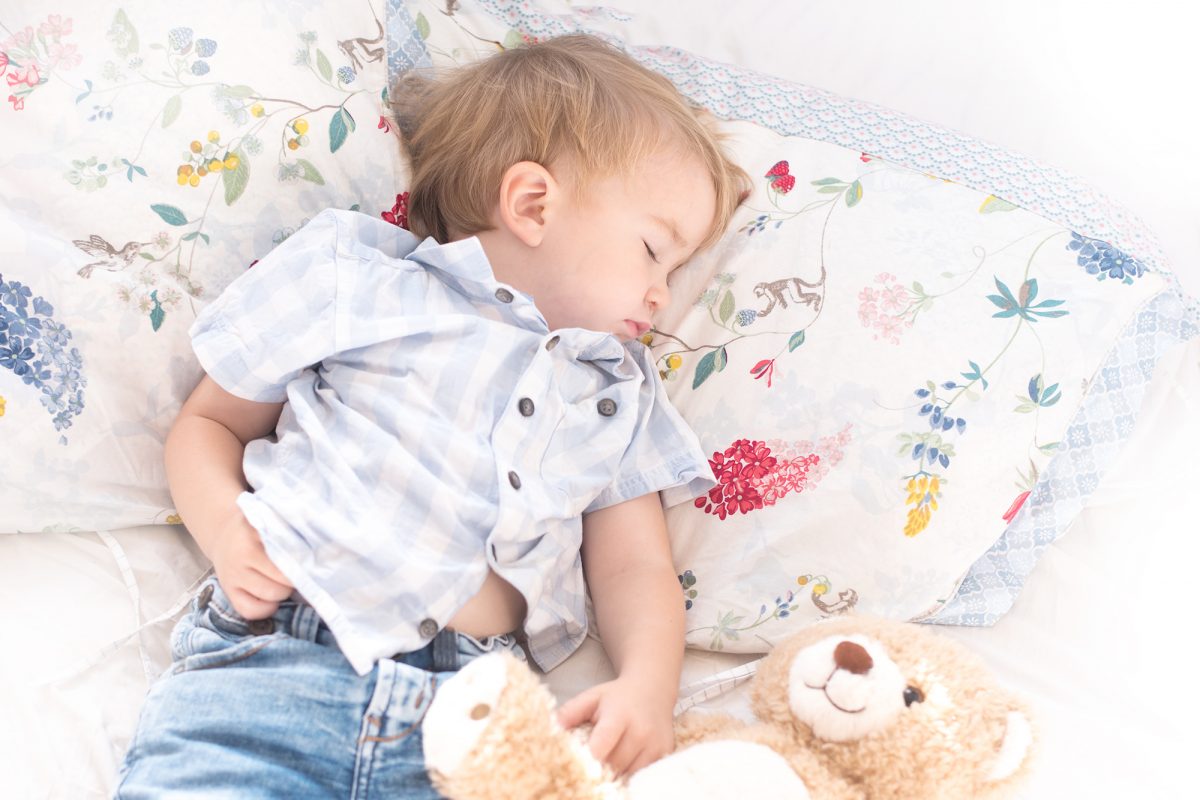 Now “MINE Bear” goes everywhere with him, tightly tucked under his arm…and he looks adorable.  Even on the school run, tucked in with his blanket.  His big brothers let him get away with it in the day, but as Hero sleeps with mommy at night, Sleep Tight All Night Bear was free to return to his big boy bed and sleep in with Jensen and Lyoto who hold a paw each during story time with Daddy.

Sleep Tight All Night Bear is pretty amazing.  He’s [or she’s – we’re a boy household and so most things are male here] a cuddly bedtime friend with a difference.  You see, “MINE Bear” has an internal clock with a light which glows red or green through to his tummy, depending on the time of day.  Here’s how he works…

There are two modes – daytime and nighttime.

Daytime
In daytime setting, if you squeeze your Sleep Tight All Night Bear’s tummy, he glows green and chatters to you, saying sweet phrases like he needs a hug and that you’re his best friend.  He has a calm voice which isn’t creepy unlike the hide and seek bunny Jensen had as a child that freaked even us out with his threats of coming to find us.

Night Time
In nighttime setting, Sleep Tight All Night Bear has the ability to be programmed for 12 hours of sleep.  At the beginning of the chosen “nighttime” hours, Bear glows red and plays from a variety of soothing sounds.  There’s the option of no sound at all, alongside falling raindrops, soothing surf, gentle heartbeat, whispering waterfall and comforting crickets.  After 15 minutes, as the light dims and the noises stop, Bear can still be activated in the night with a squeeze and the light will come back on along with five minutes of low soothing noises.
At the end of the nighttime hours, Bear’s tummy becomes green when squeezed – and your little people know it’s acceptable to get up and have fun! 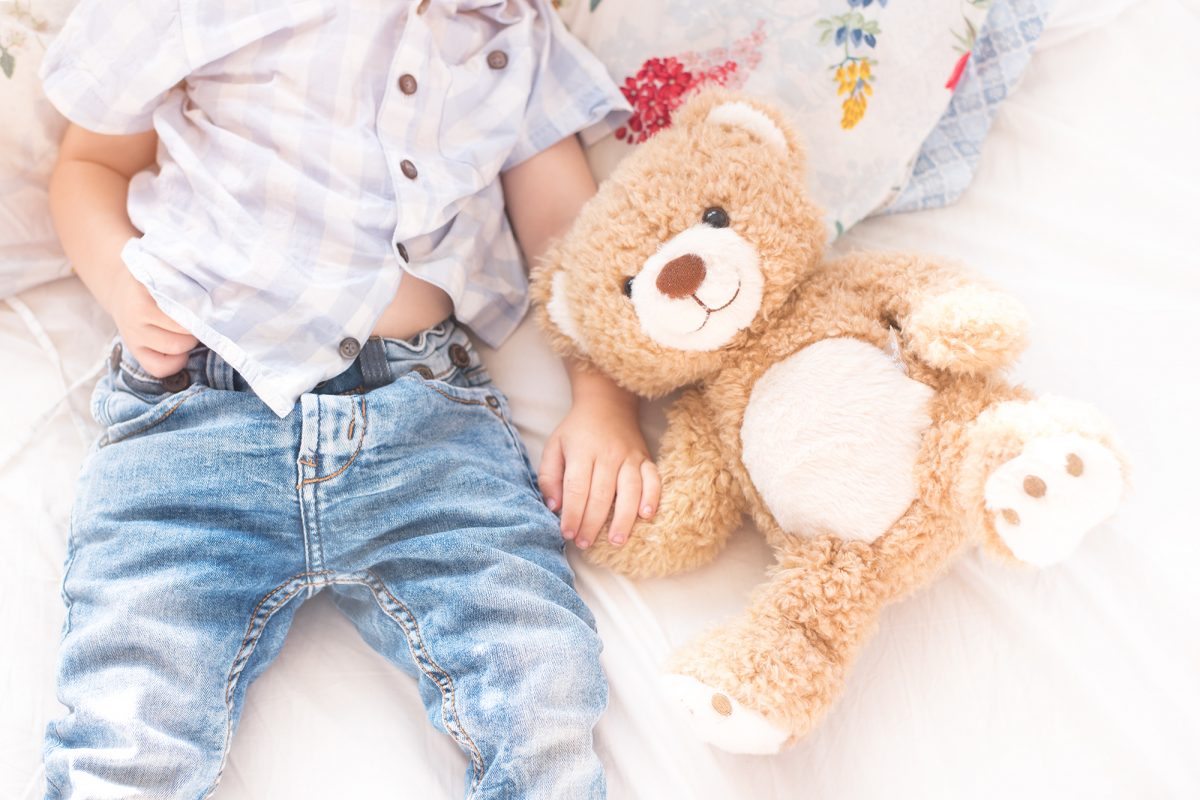 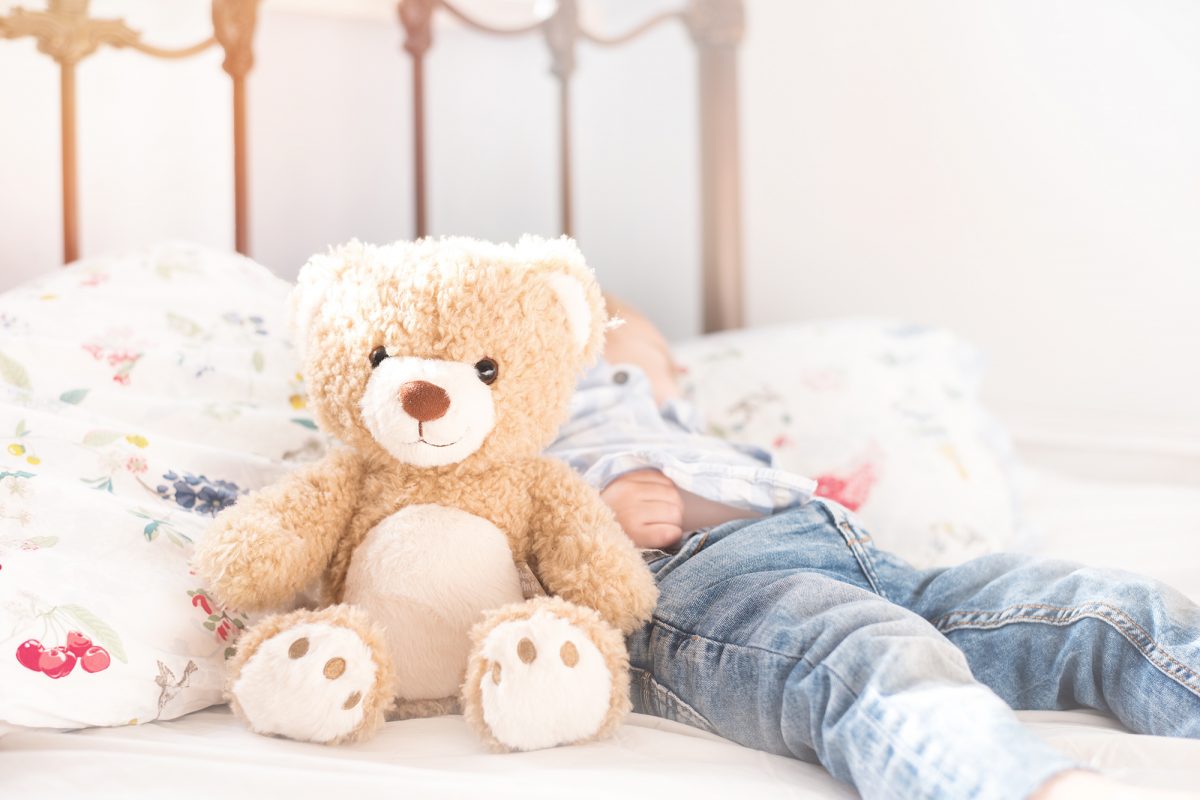 We were sent the #SleepTightAllNight bear for the purposes of this review by @goldenbeartoys.