This holiday has been far too short – it’s so hard to believe that Hero’s Wild West Woody party barbecue was over a month ago.  He’s two and two months old now and about to be marooned at home whilst his two bigger brothers head off to big school, leaving him at home as the baby of the boys.  I’m going to stop thinking about that for now because each time I picture Lyoto at school, he seems far too little and I start to panic that he won’t like it. Then resurfaces my greatest worry, that being at school will demolish his confidence, as it did for his big brother, and crush his big, bouncy personality. So yes, I better stop thinking about that now.

So, Hero’s party – it was so much fun, despite being completely side-swiped by the non-stop rain.  We had so many brilliant cowboy activities picked out that were completely dashed by the unexpected coastal weather, but we gave them a try when we weren’t holding down tablecloths, covering cakes and desserts up – or chasing plates and napkins across the country park.

At the entrance to the wild west Woody party, we set up a cowboy station – hats, bandanas and moustaches, with sheriff stars for the law abidin’ members of our celebrations.  Lyoto was first to get his sorted out with a little help from a big cousin. 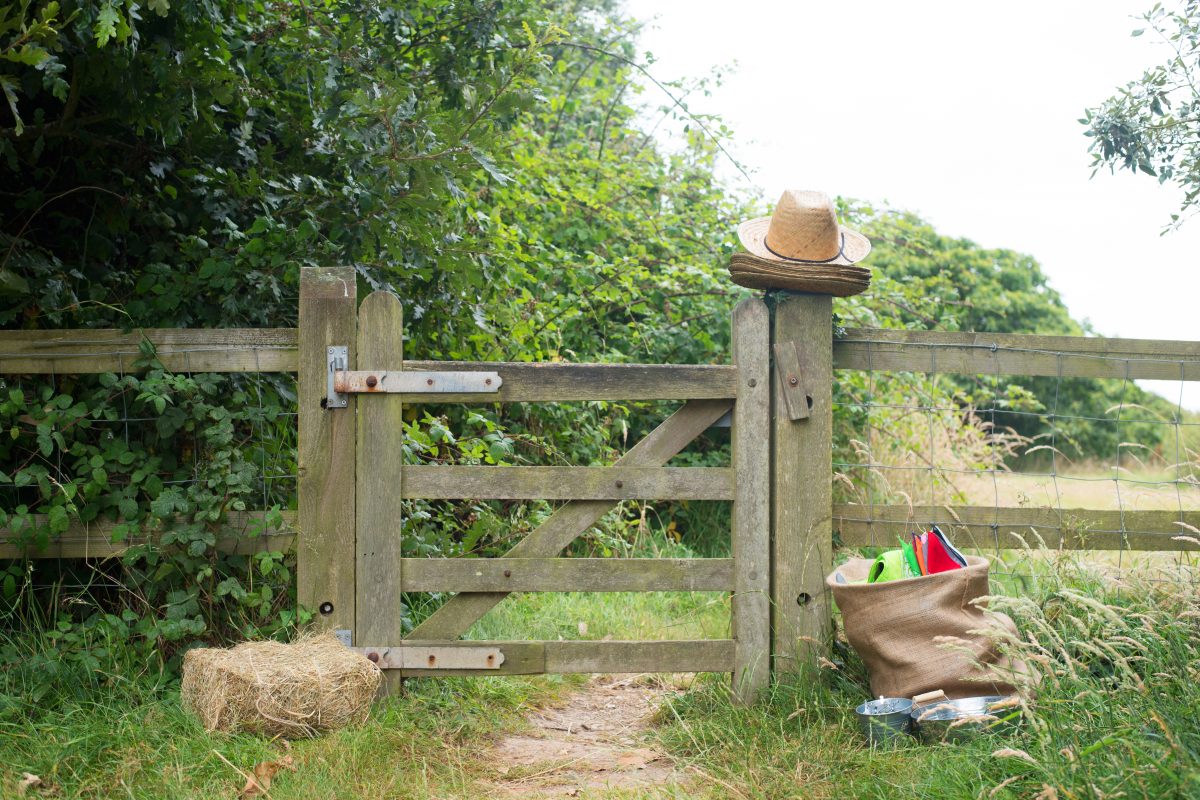 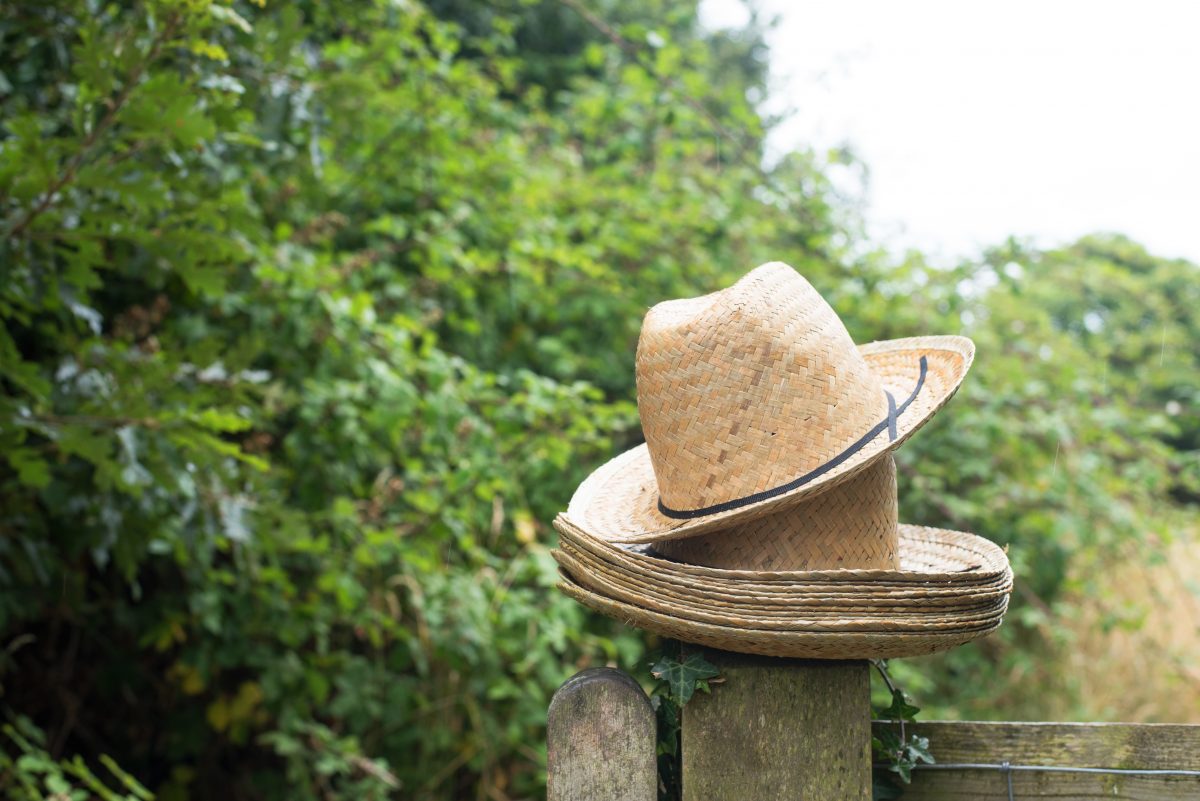 They were supposed to be cowboy hats but for some reason this photograph reminded me of the beach bbq part of our wedding in Walt Disney World. 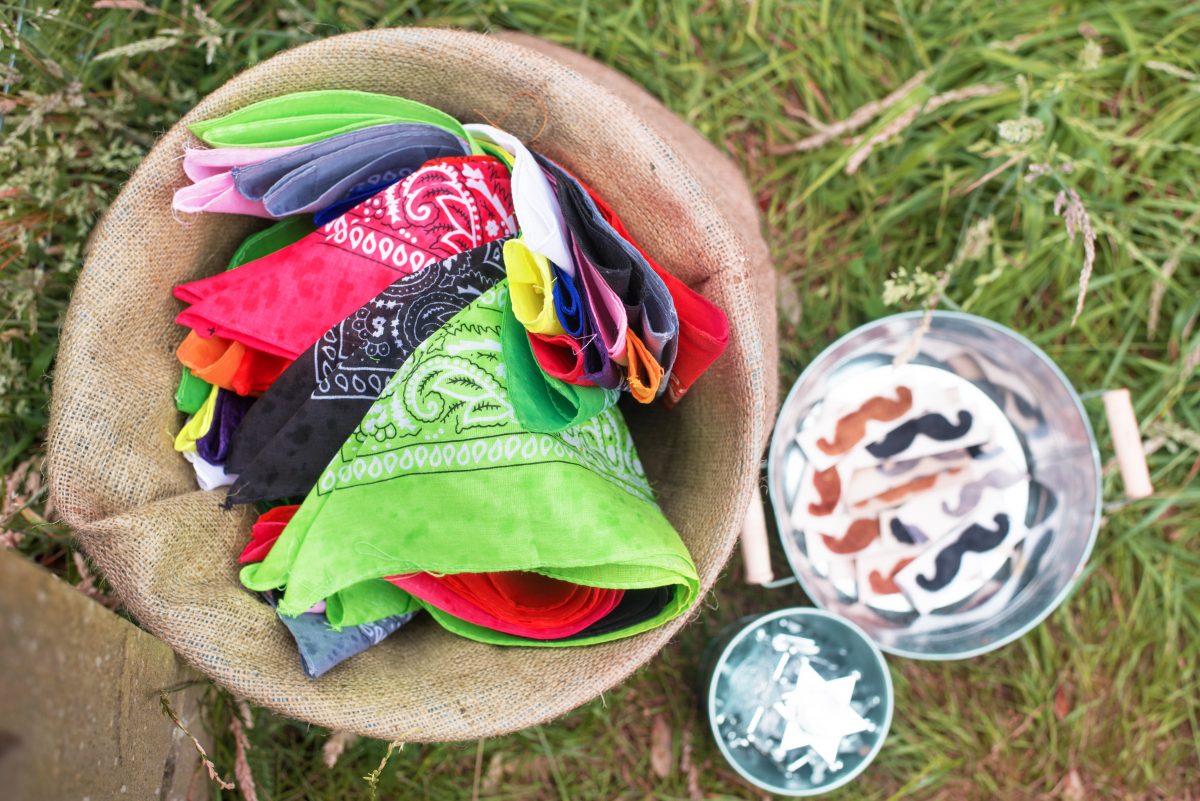 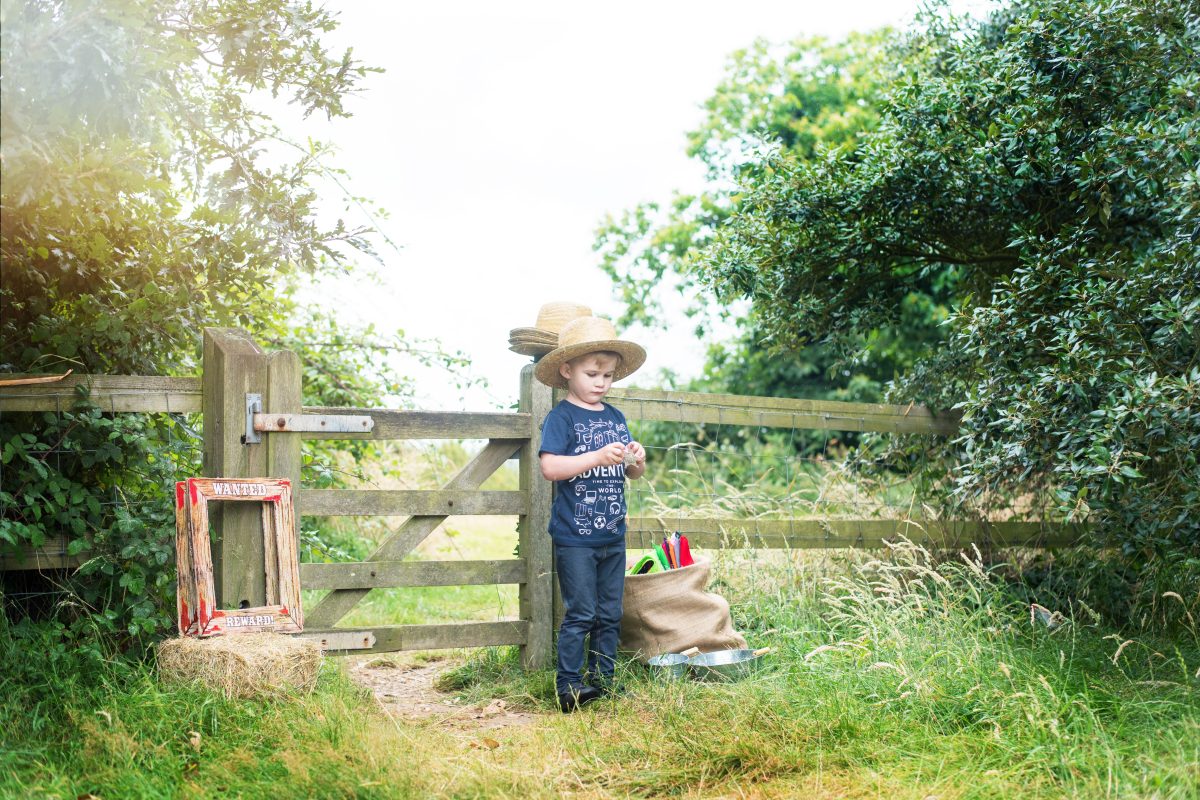 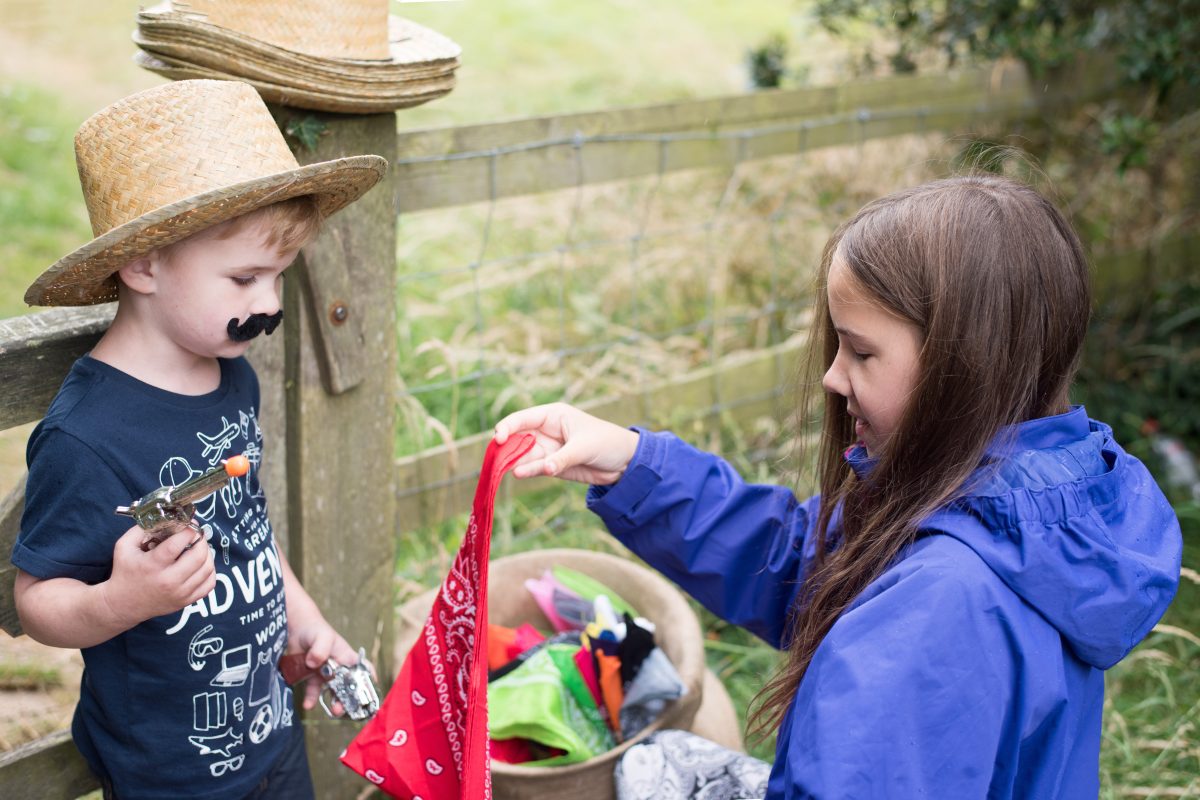 There were hay bales and wanted frames for selfies – and again, Lyoto was ready with pistols blazing. 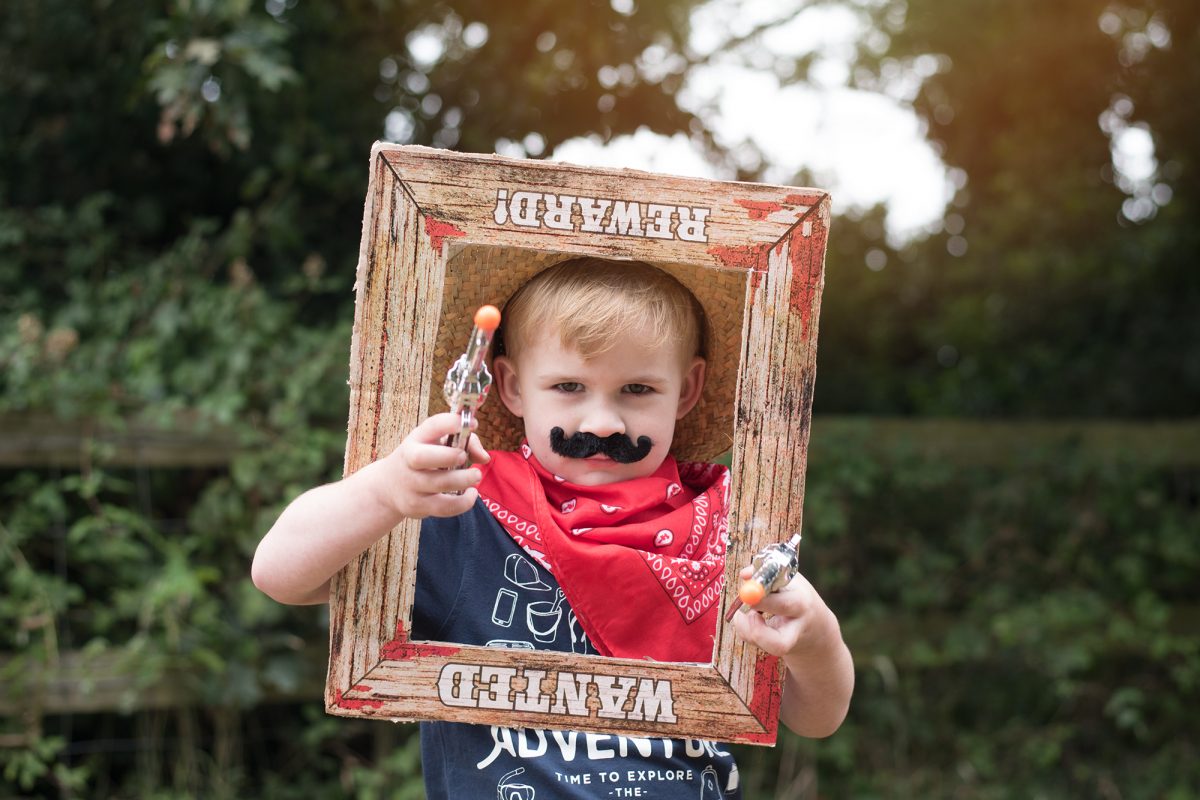 Hero quite fancied himself with a big moustache like daddy. 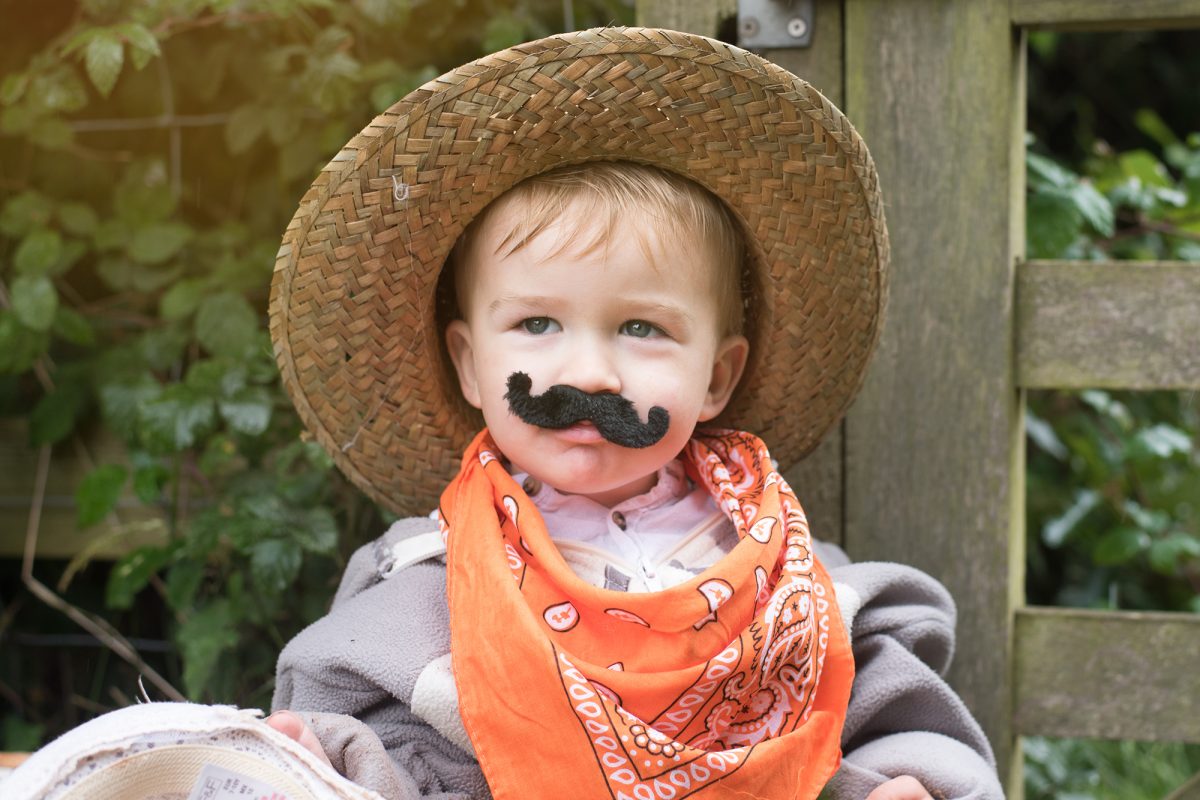 Our centrepiece for the party games was our gorgeous extra large teepee.  In the end it was a shelter for seven little people who looked like waterlogged festival goers instead of seasoned cowboys, but they loved it all the same.  Hero made Grandad Frank lie in the tent and peep through the hatch at me.

There was a rodeo ring toss  – after buying and sending back two different ring toss sets which were hopeless, we found this one from Wonderlings and it was perfect.  If you’re after one of these, skip the pain of sending back non-hooped-hoops and splintered wood crosses to Amazon [who were brilliant about it] and head over there. 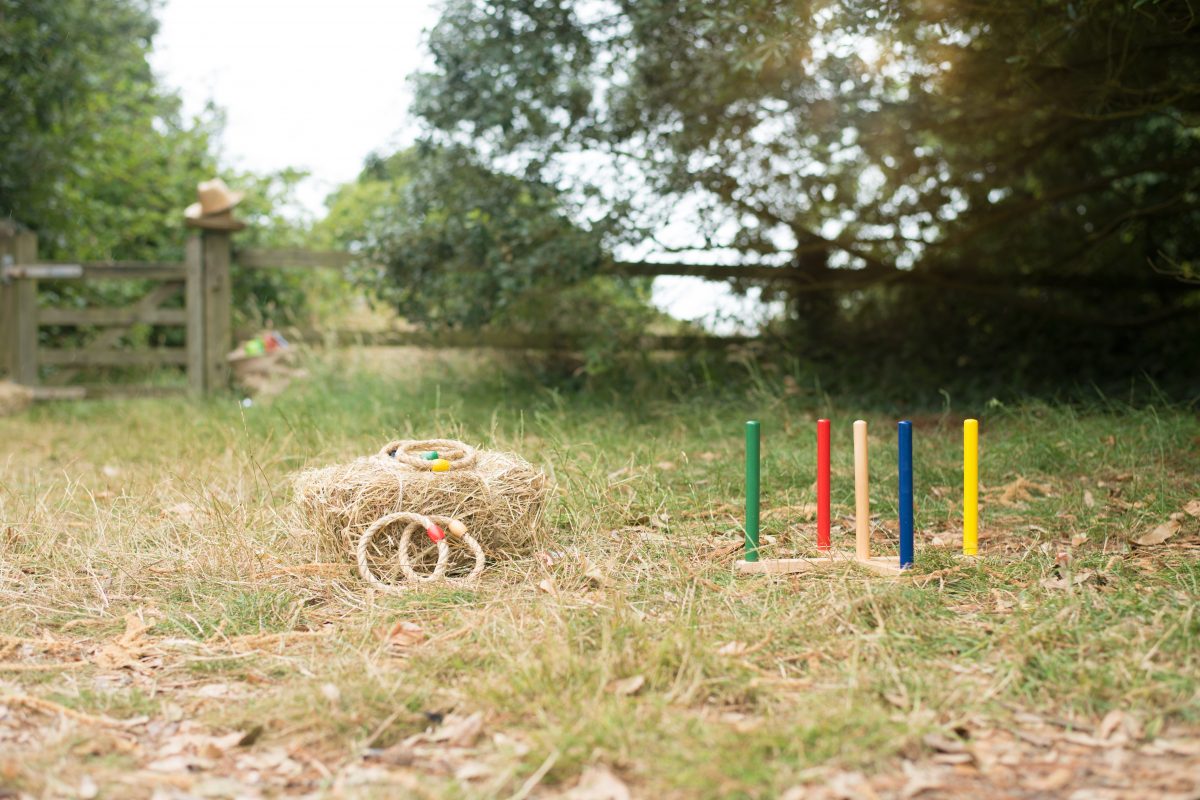 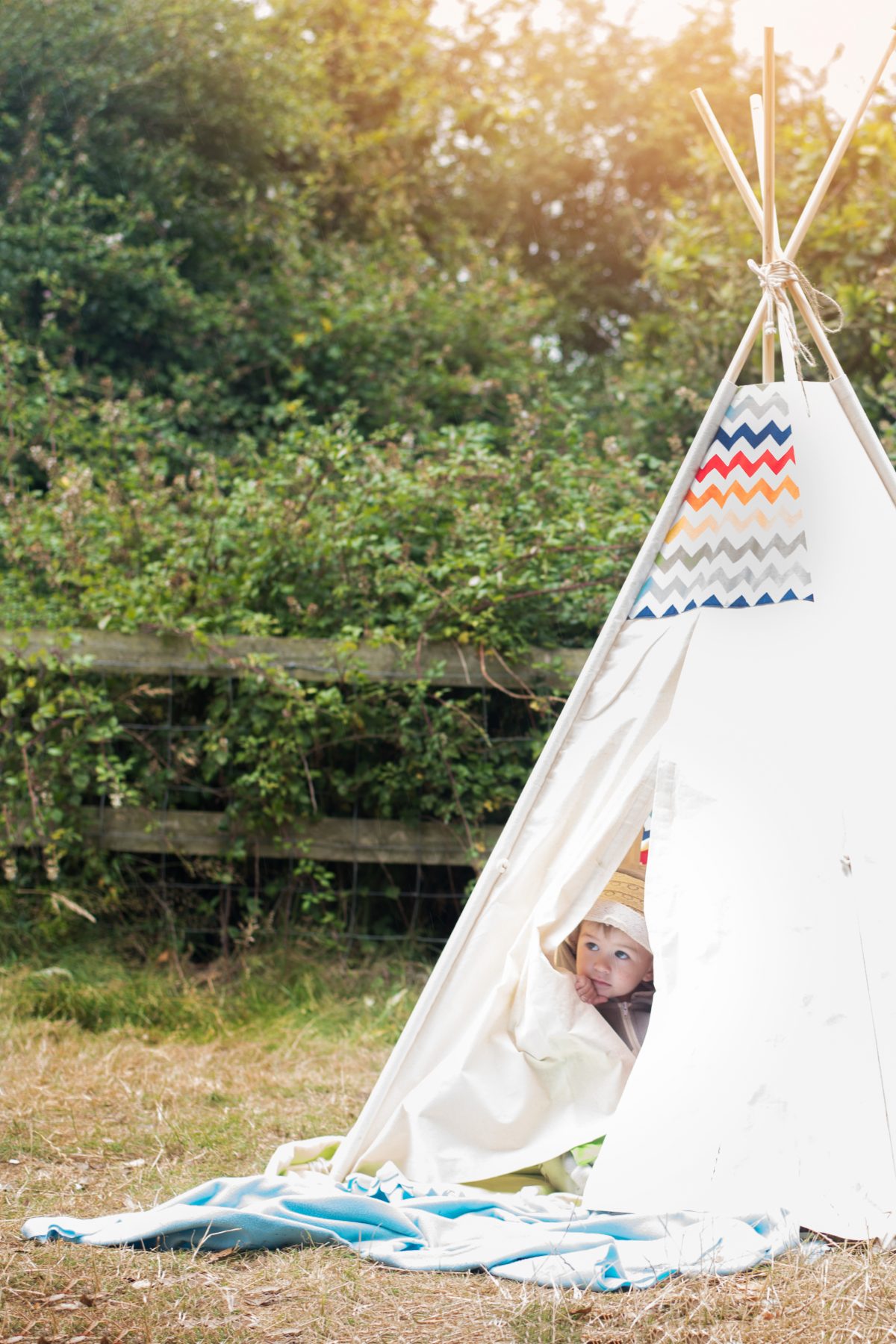 We set up a panning for gold station with studded pie tins as sieves, and fools gold and silver and gold lettered beads strewn throughout the stones.  Panning for your name was so much fun – and we had some black elastic on hand for bracelet creation.  Hero rolled up his little sleeves and got stuck in. 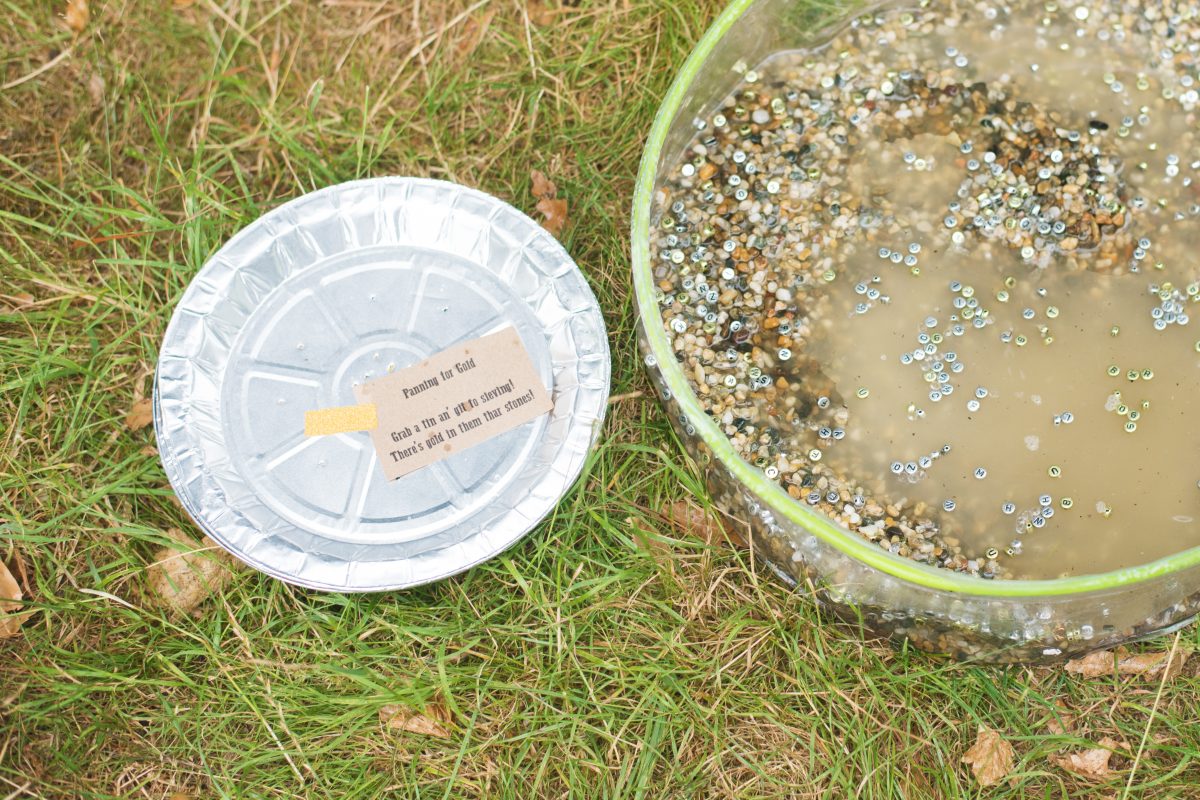 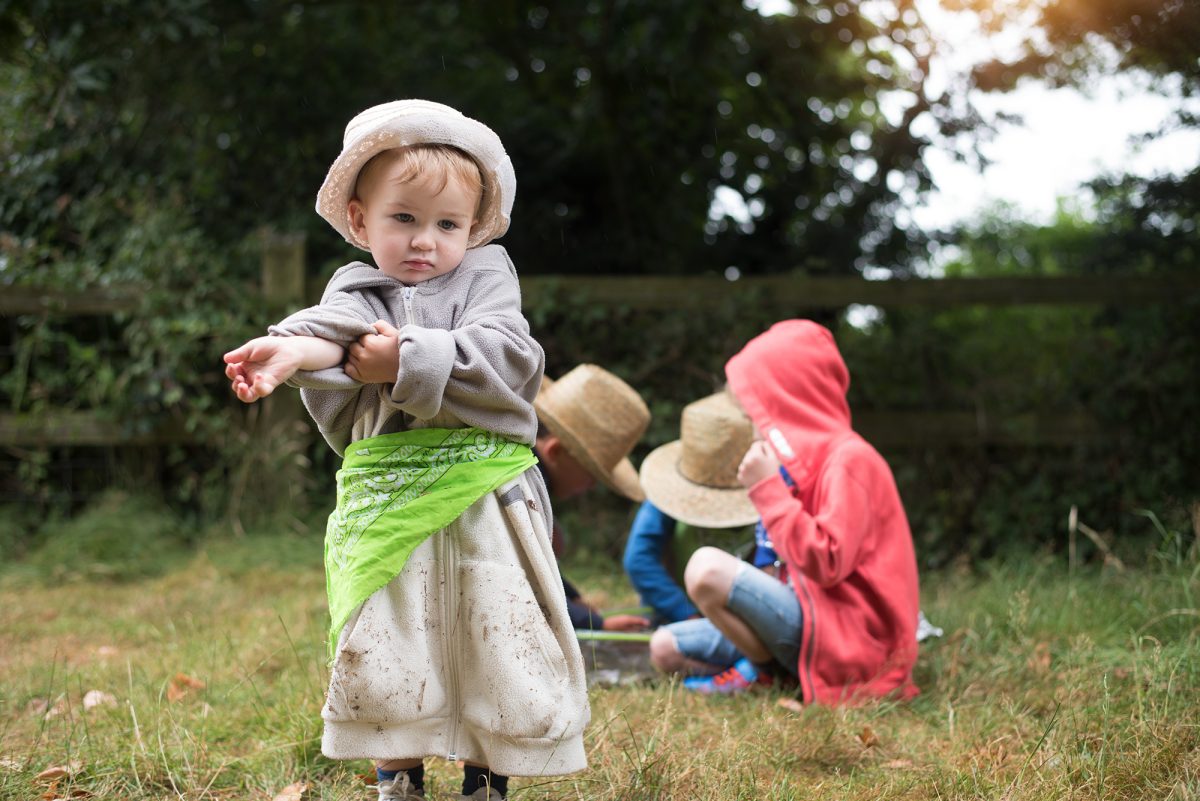 The weather was awful, but the company was amazing for Hero’s wild west Woody party.  Smiles all round. Peek-a-boo! 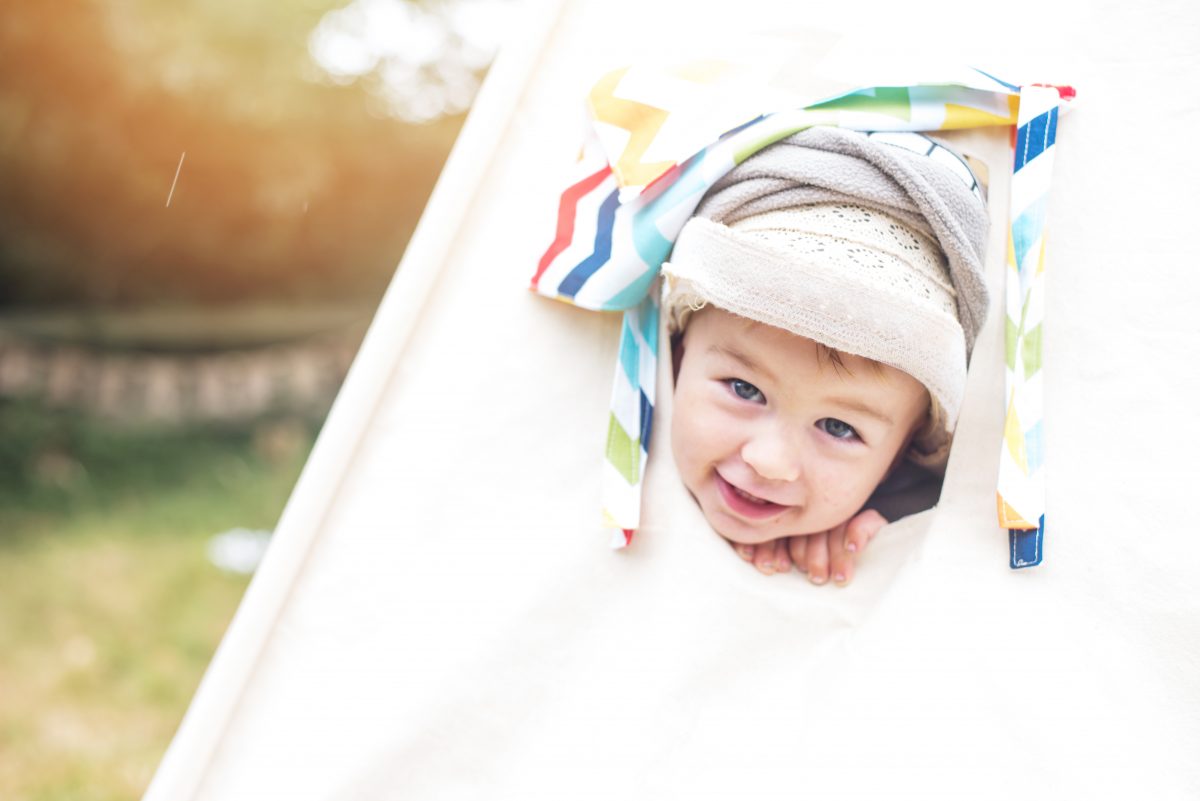