Since the relaunch of the Teletubbies this year, Hero has been fascinated.  He doesn’t know all of their names yet, but he can mimic the sounds of each, and he knows Noo Noo.  As a favourite character of my niece [who is now 18 and headed for law school, haha] Noo Noo is the Teletubbies’ pet, a vacuum cleaner who likes to clear up Tubbie Custard – and who used to be quite naughty, which is why Chase used to tell me he wasn’t allowed out to play with the Teletubbies. Teletubbies Pull and Play Noo Noo arrived in the post for us to review and I’ve never seen Hero’s eyes grow so wide.

The new Noo Noo is much less naughty and brighter – orange, gold and pink, and so we’ve taken him out for a walk to look for some of those little bunnies who hang about on the Teletubbies’ fields. 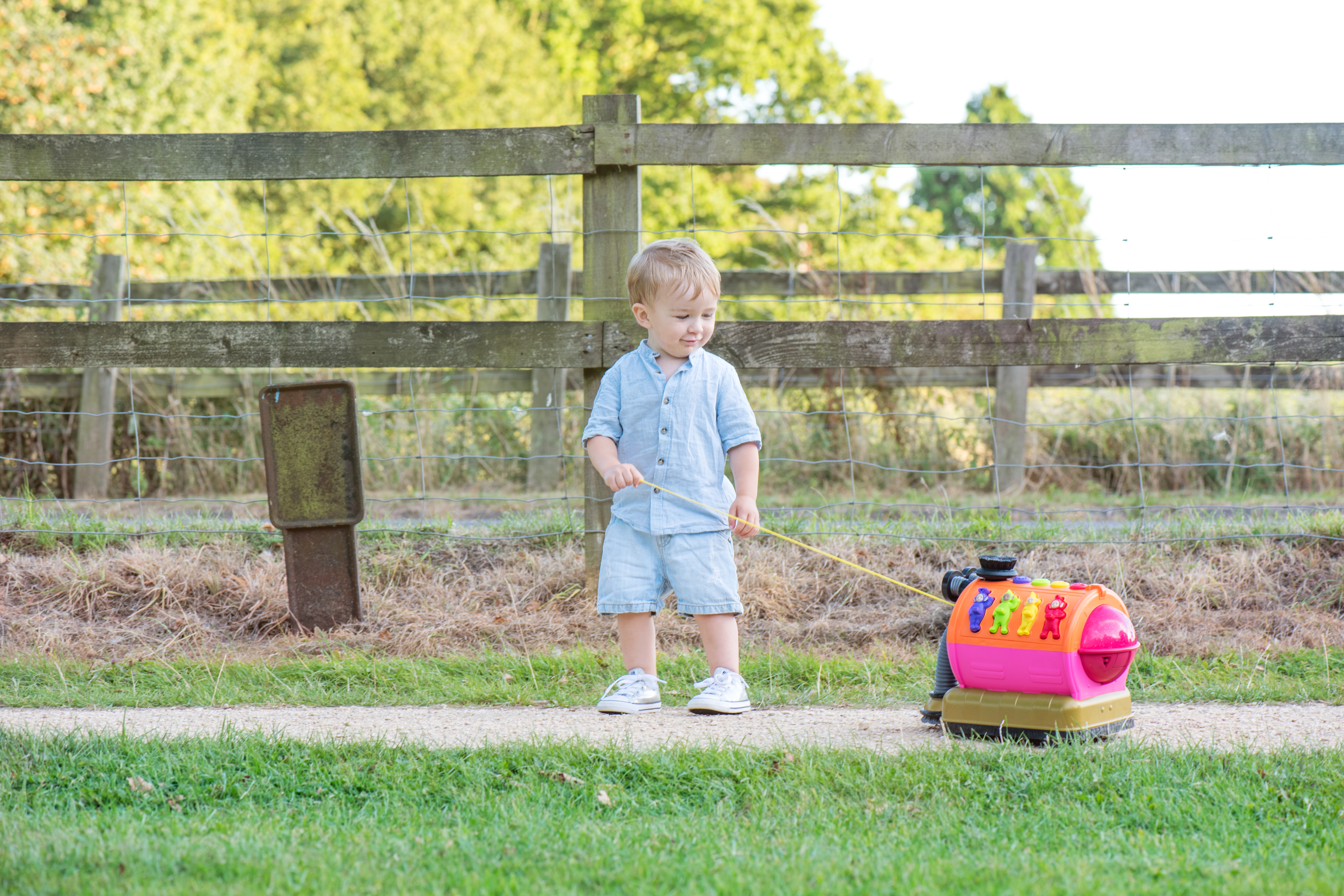 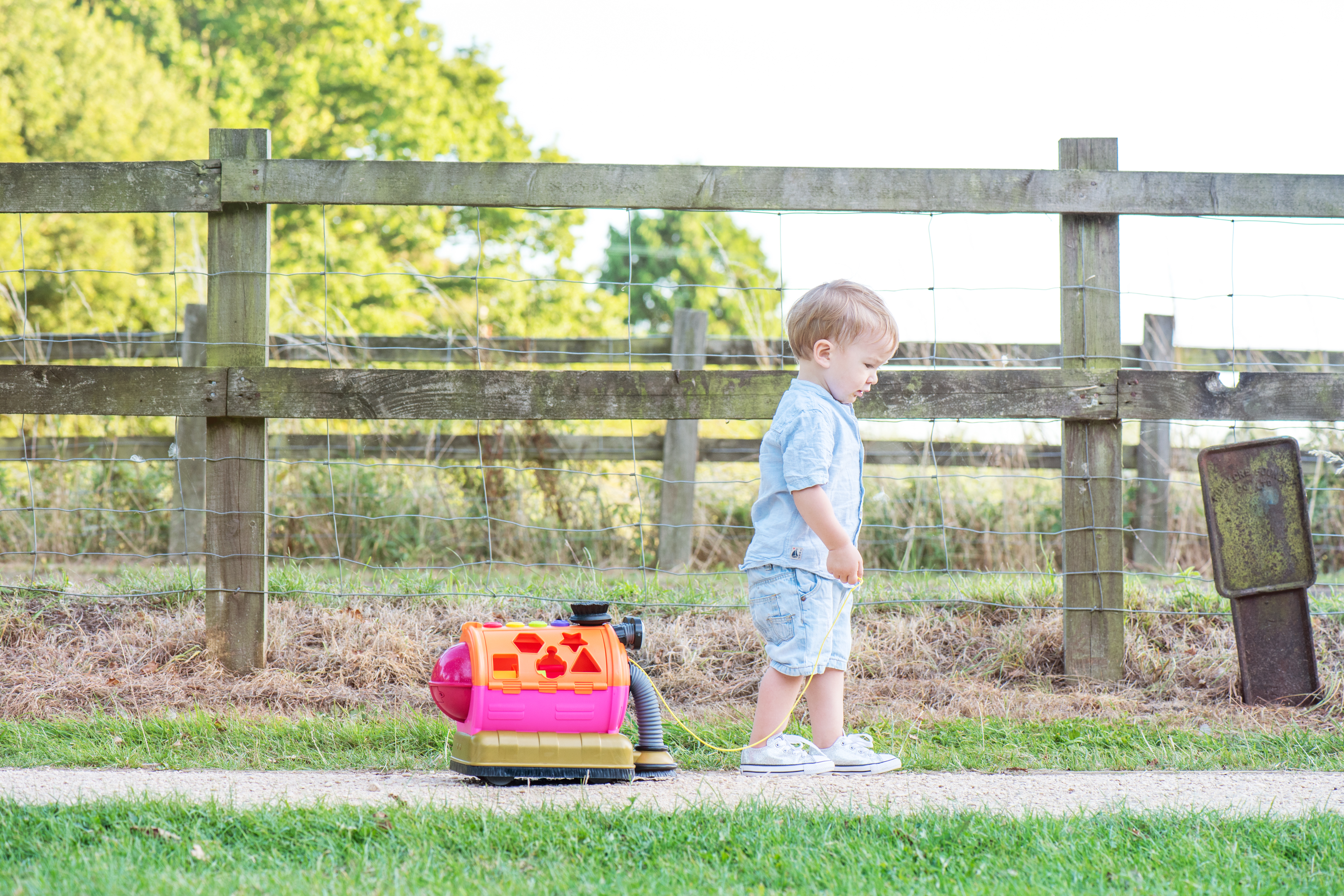 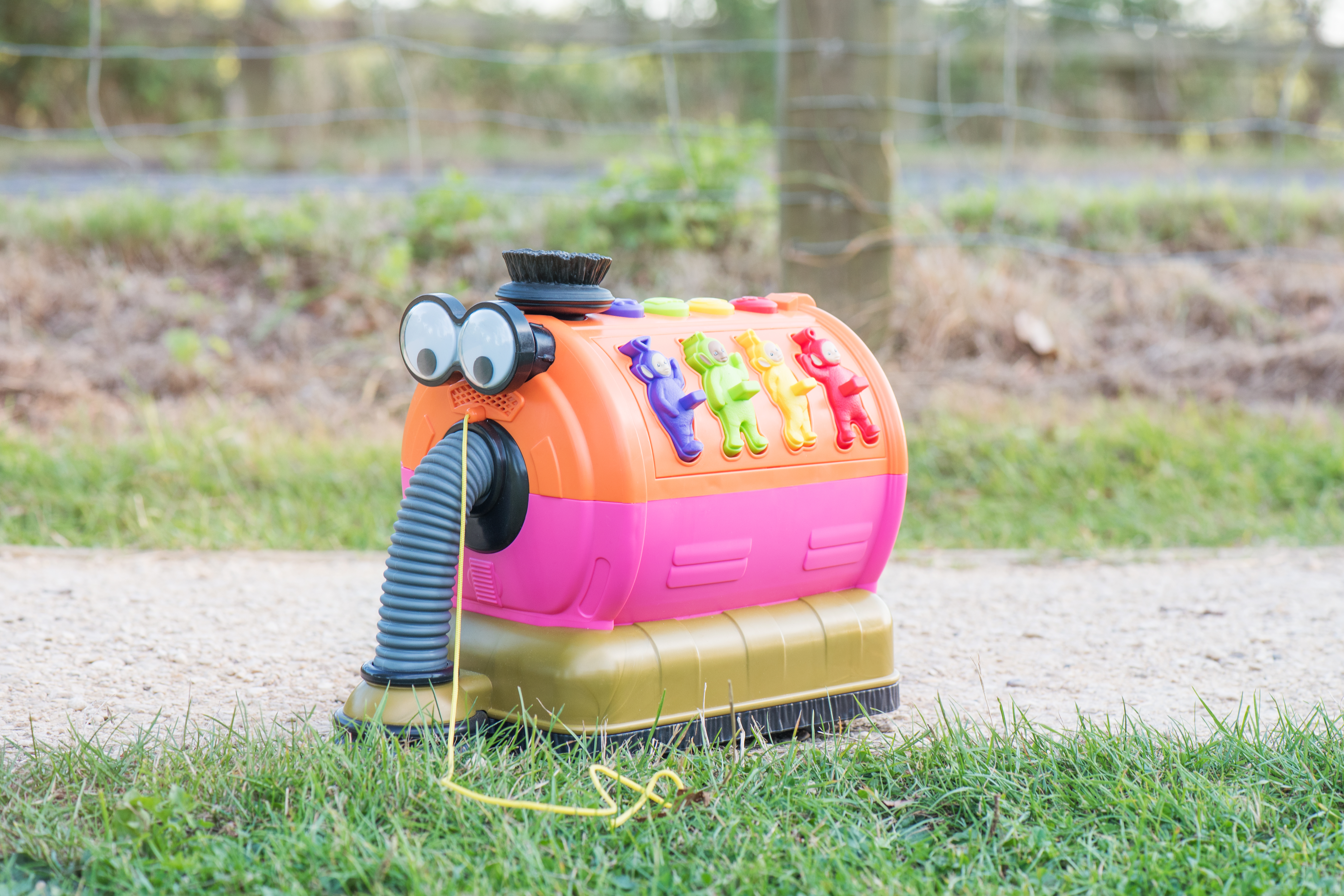 Hero is in love with his Noo Noo.  Fiercely protected by him, only he may remove the Teletubbies 3d jigsaw from the side of Noo Noo and pop them back in whilst singing the song, only HE may slot the shapes into the sorter…and ONLY Hero is allowed to press the buttons on the top that make Teletubbies noises and voices.  The custard is anyone’s game apparently – but Noo Noo likes to slurp it up [magnetically] and go about his way being towed by little Hero.  I’m waiting for him to start squirrelling his other treasures away in the storage compartment. 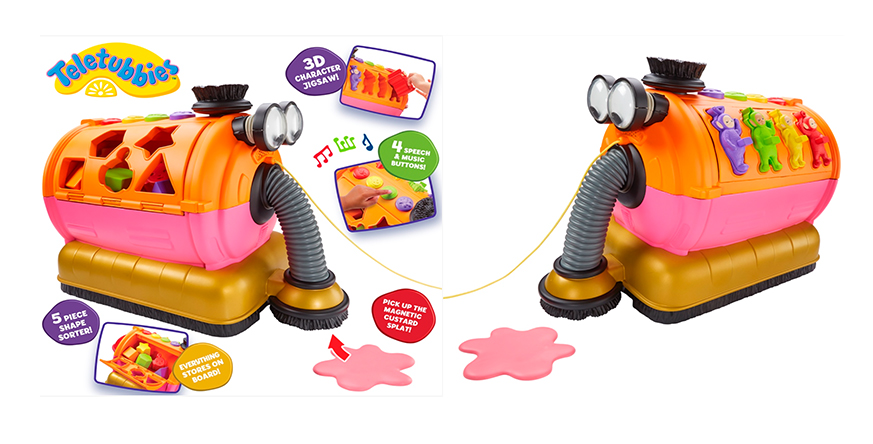 Teletubbies Pull and Play Noo Noo is a solid piece of play equipment and has Hero completely smitten.  Pushed along behind me and taught how to vacuum, Lyoto gets a good telling off from Hero if he tries to sit on the little Teletubbies pet.  We love the bobbly eyes and that he’s just like in the programme.  The only wish the boys had was that his brush an actual brush and not was solid plastic.

My Momopinion: Teletubbies Pull and Play Noo Noo looks cute, but he’s also pretty brilliant.  Hero has learned to steer Noo Noo through gaps and avoid people’s toes, which has helped with his spatial awareness.  The 3D jigsaw also features the Teletubbies in very similar poses which has meant Hero has had to concentrate hard on which goes where – and when one of them goes missing, he can tell me which one it is.  The shape sorter is fantastic for hand and eye coordination and the scientist in your little one will love discovering push versus pull, cause and effect and so much more with Noo Noo.  He’s quite expensive at £49.99 but very worth it in our opinion. 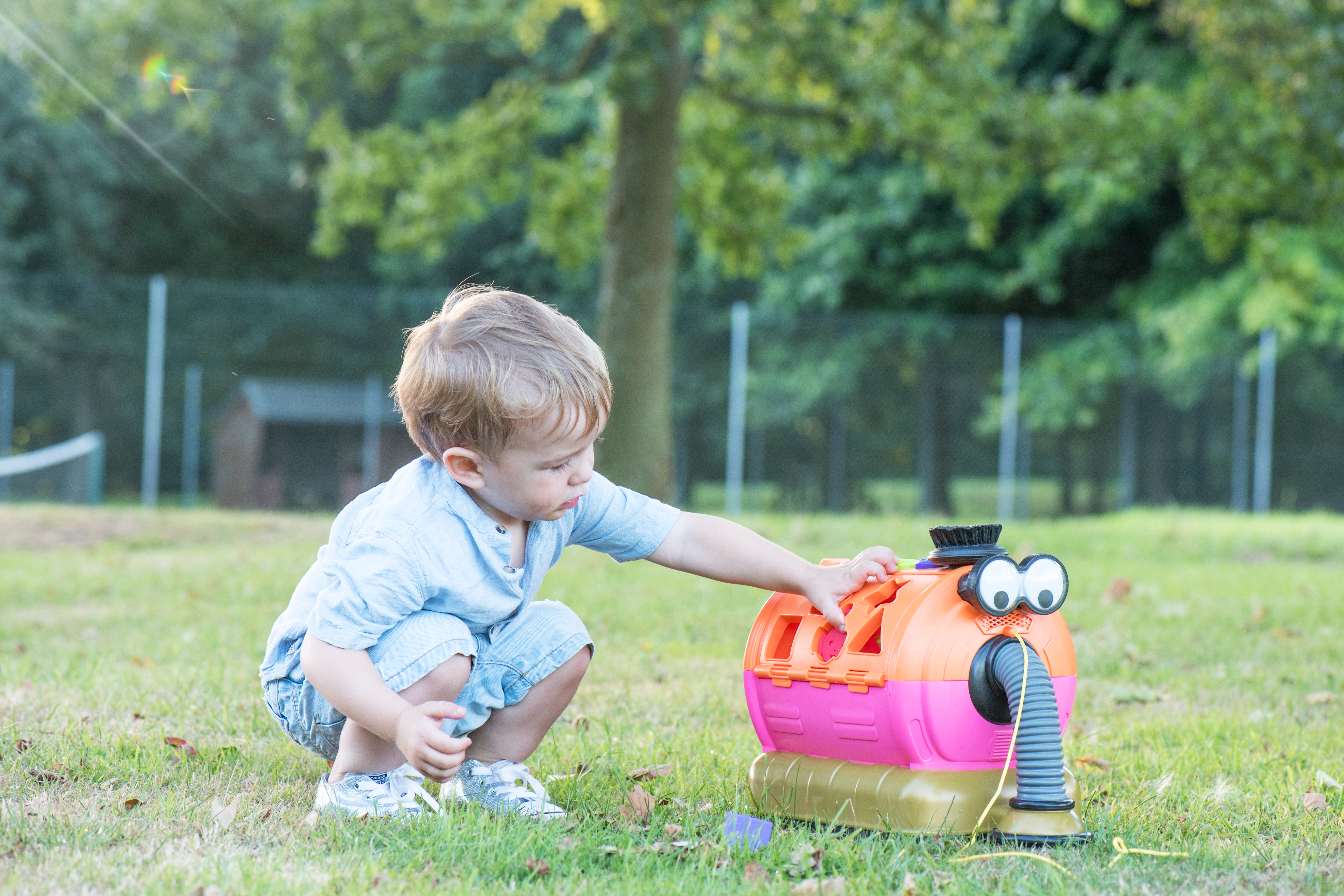 Noo Noo needs energy in the form of 2 x AAA batteries for his electronics to work, so if you’re getting this as a gift, don’t forget the batteries!  There are more Teletubbies toys available too for your little one, available at Character Online