Each time we drive to Southampton, we see them. Huge, majestic and so far out of reach in every way.  The luxury cruise ships that have graced the Quays over the past sixteen years have been magnificent.  I’ve taken three trips over the sea in my life so far – one on the Red Funnel to the Isle of Wight, the second on The Pride of Bilboa to France for an overnight trip with work; both leaving from Southampton, and thirdly on the Disney Wonder for a Bahamas honeymoon cruise. This weekend we were welcomed onboard my fourth ship – The Royal Caribbean Independence of the Seas.

Royal Caribbean decided to invite a few bloggers onboard for the day to experience what The Royal Caribbean Independence of the Seas [Jensen loved that his middle name, Indiana was the same as the Ship’s nickname, “Indy”] had to offer.  Did we love it? 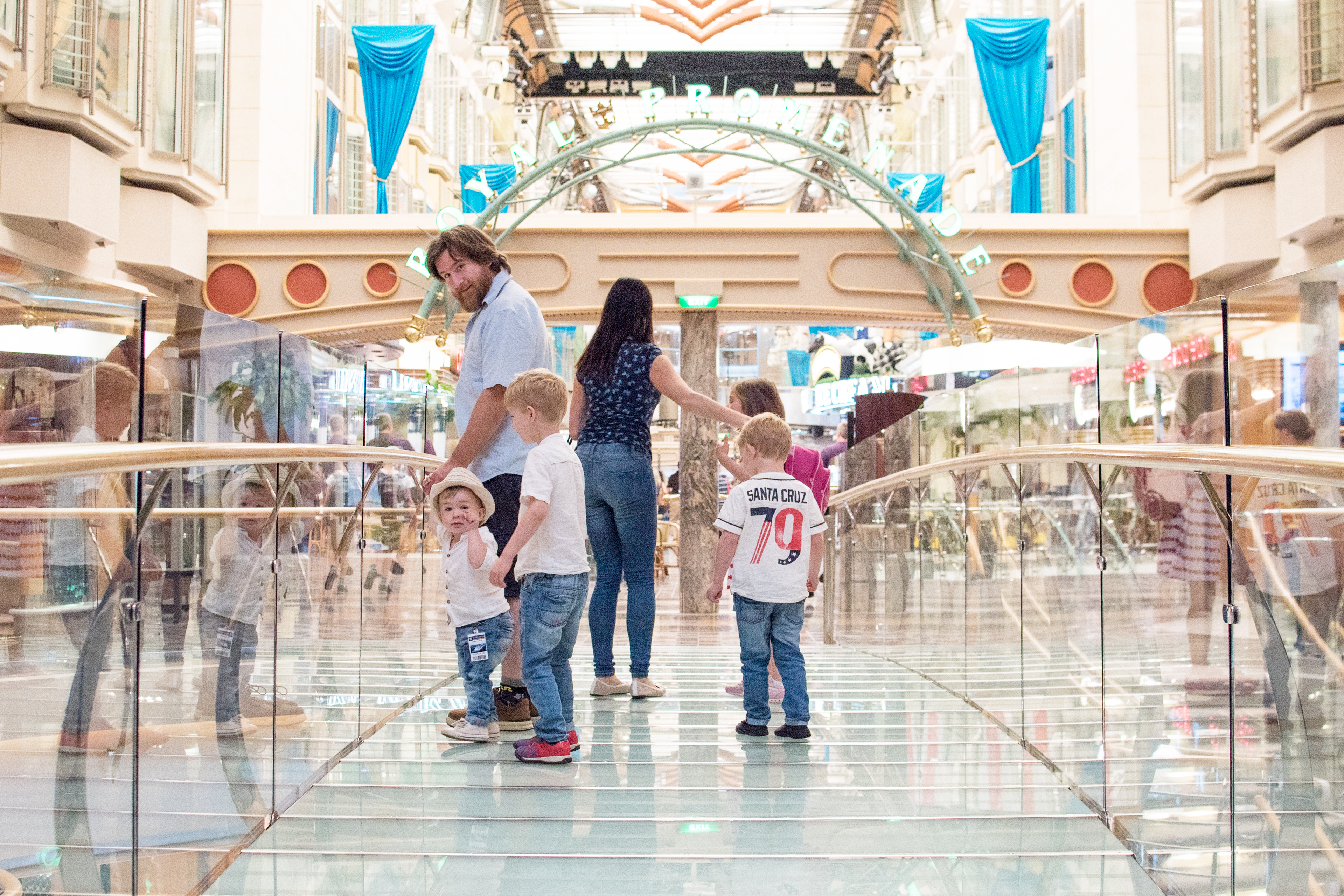 I kind of felt as though this was my spiritual home when I saw that there was a Ben & Jerry’s ice cream parlour on the ship.  Jensen and I could see ourselves being here for breakfast, lunch…and dessert after dinner. I mean, that’s what cruises are for, surely? 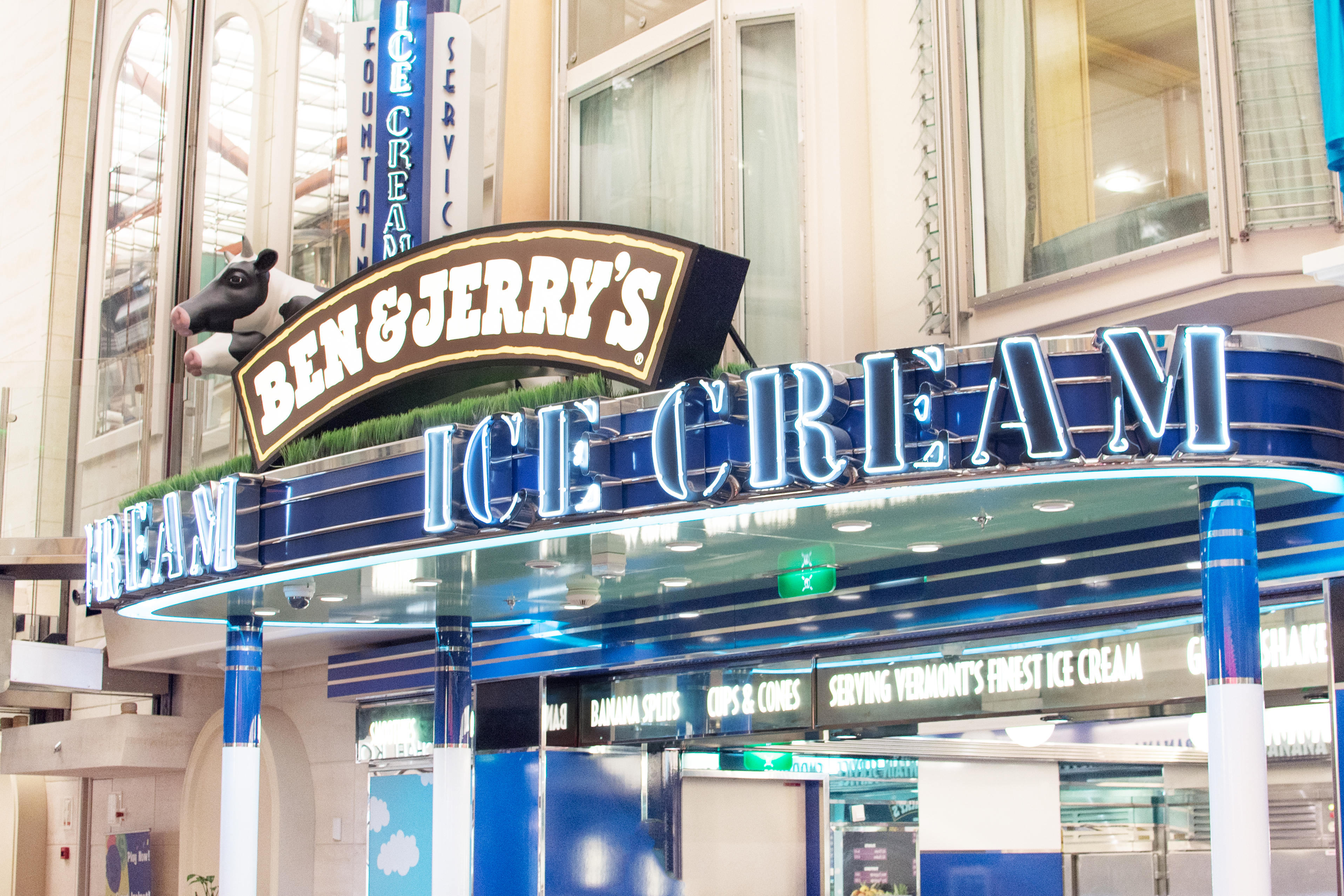 Then we were told that there was a Ben & Jerry’s stateroom!  We headed down there but we won’t spoil the surprise.  It’s moo-arvellous.  After touring quite a few enormous suites where my boys found it fascinating that there were toilets with telephones in them – and a bath in one of them [Lyoto didn’t see the point when there was a whole sea to wash in] and wanted to sit on the verandahs all morning, until they discovered that there was actual ice cream for them on the pool deck. 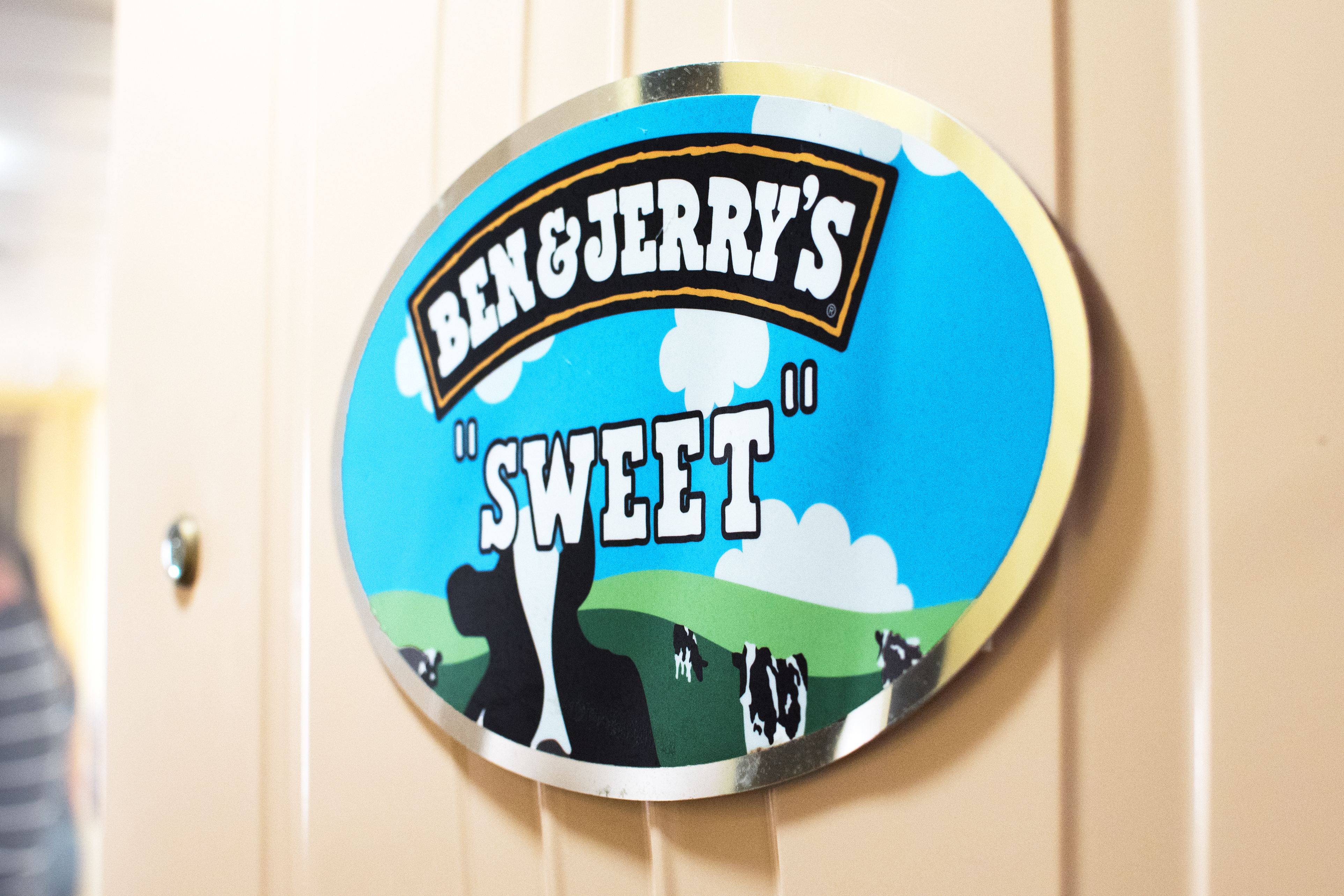 We took a tour by the enormous dining room with its glittering chandeliers and stemware.  It was quite possibly the most beautiful place I’ve ever dreamed of dining – and all I could think of was the scene in Titanic where Rose comes down the staircase to see Jack in his tuxedo at the bottom.  Probably not the best thought to pop into my head on a huge ship in Southampton docks [we were at Berth 101, so a little way down the quay], but still.  Jensen found himself a seat and said he would take me to dinner there and we could drink with real grown up glasses. 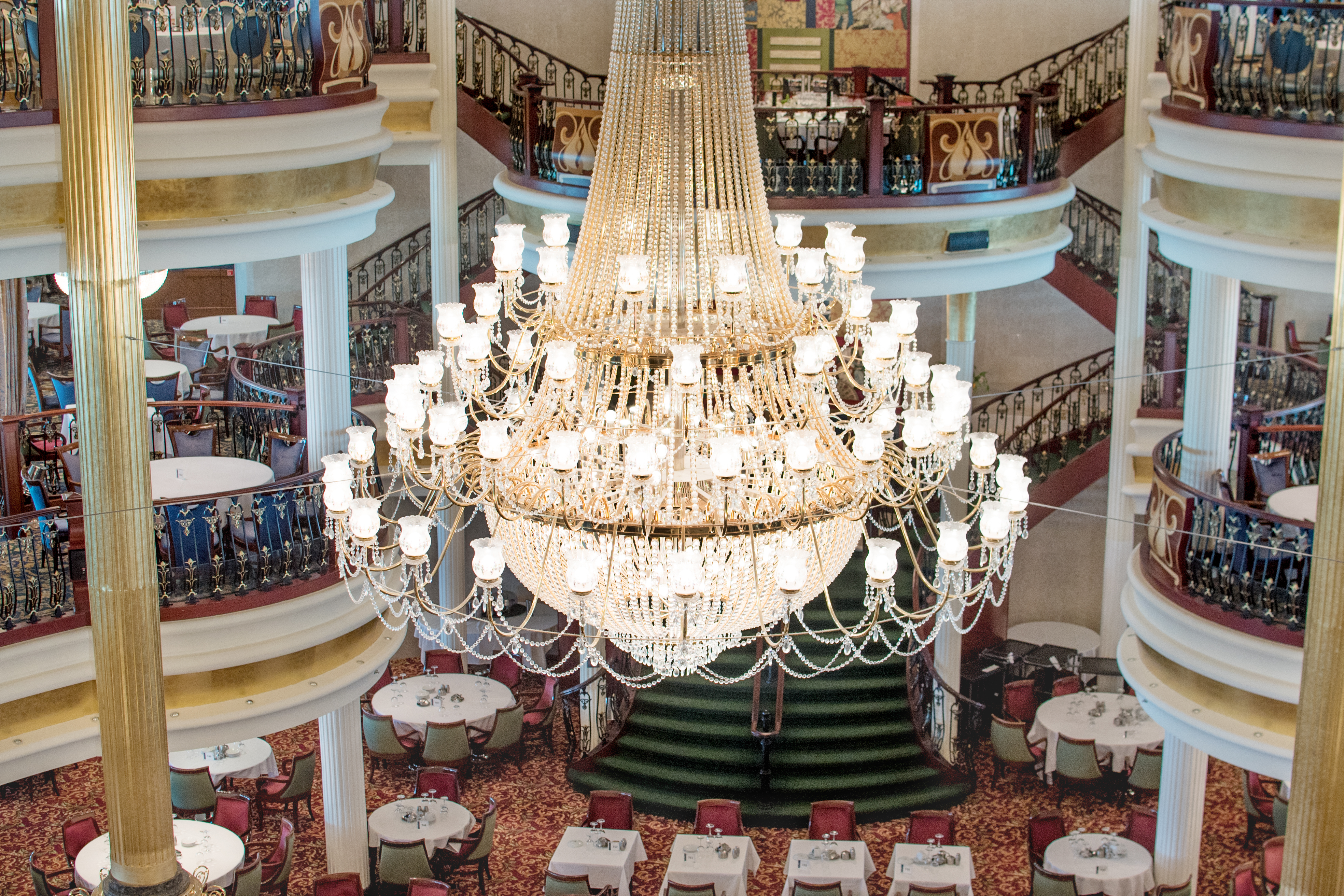 We saw an ice rink, huge portholes, arcades and kids clubs – but nothing compared to the pool deck for our boys.  The self serve ice cream machine was the best thing ever. 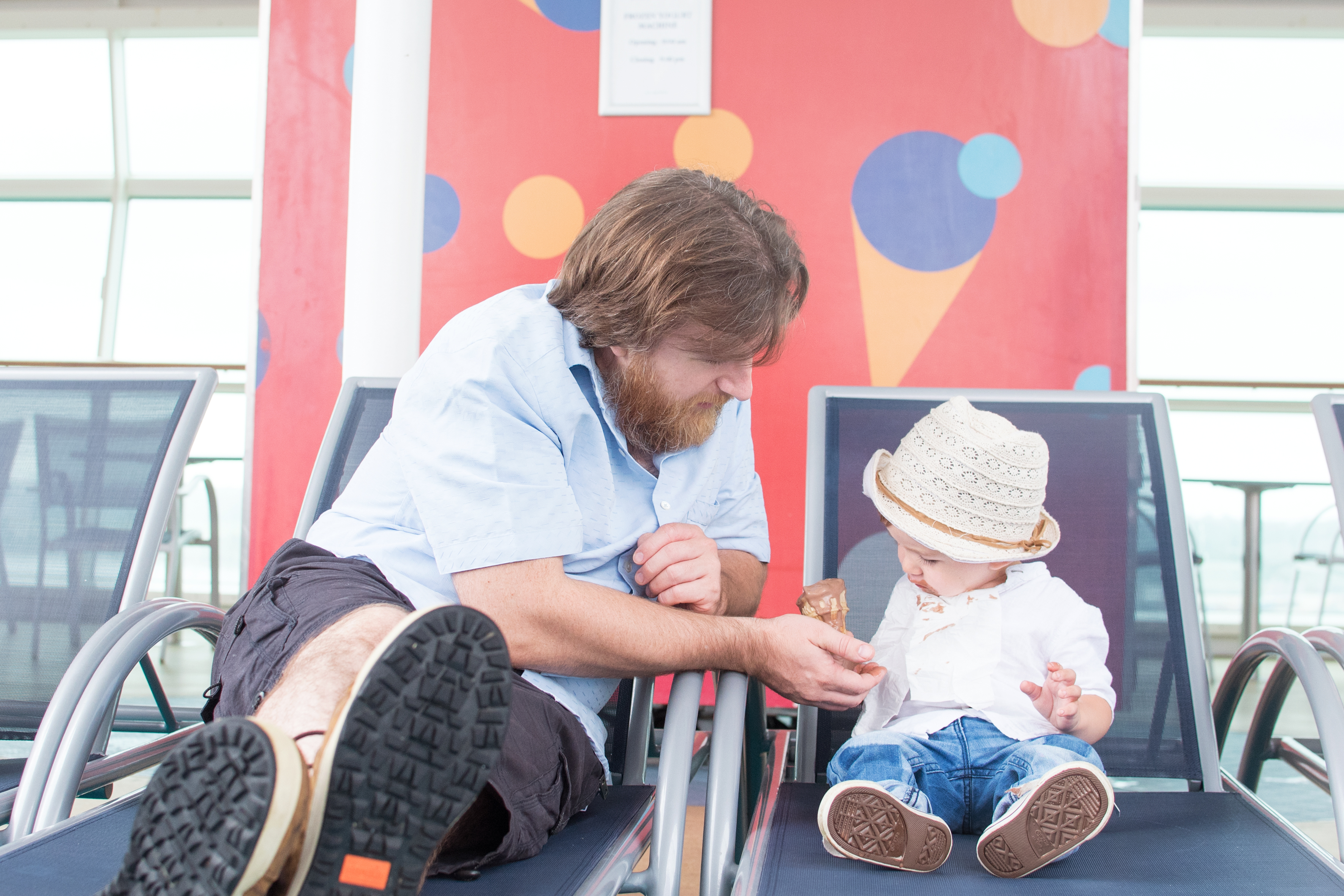 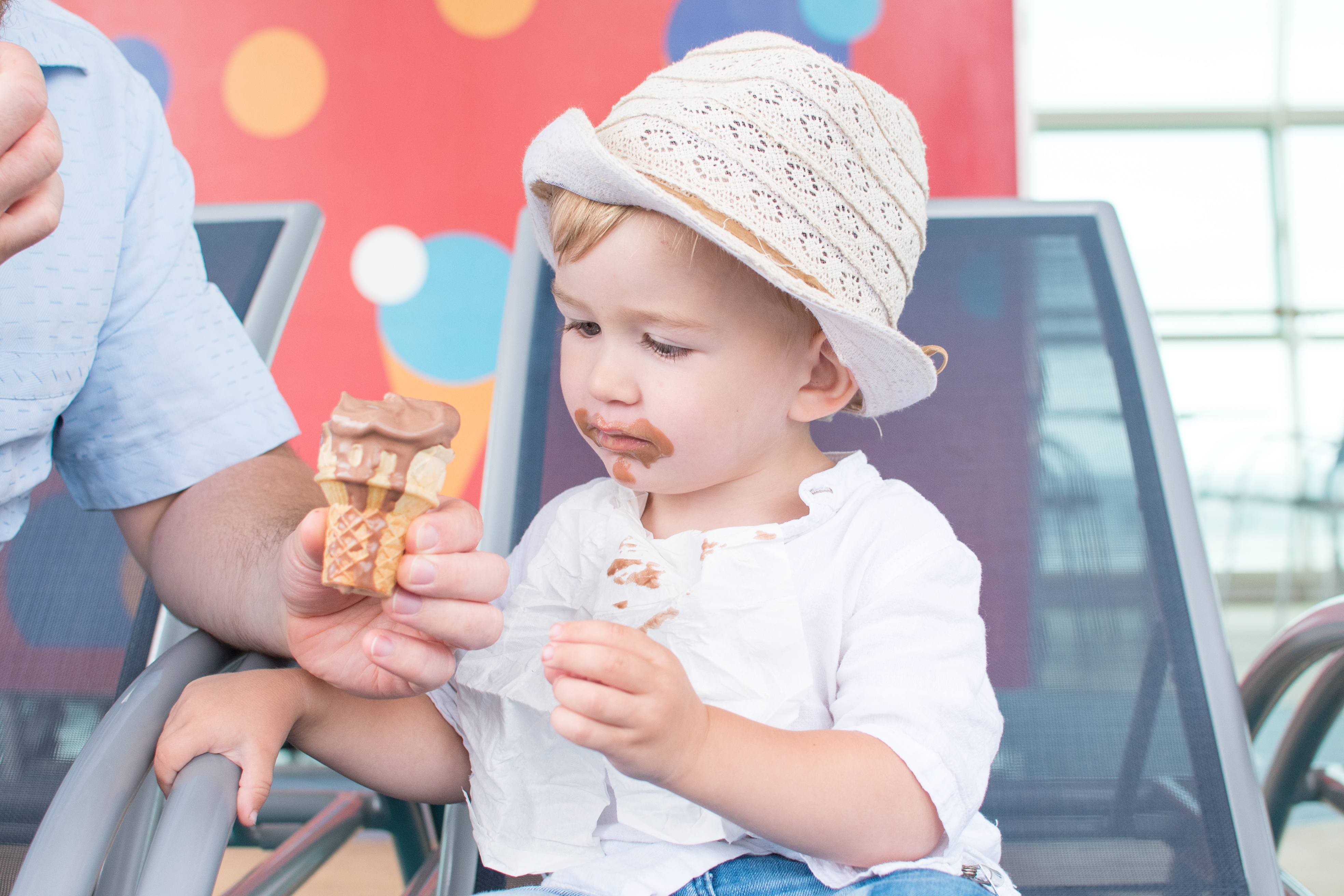 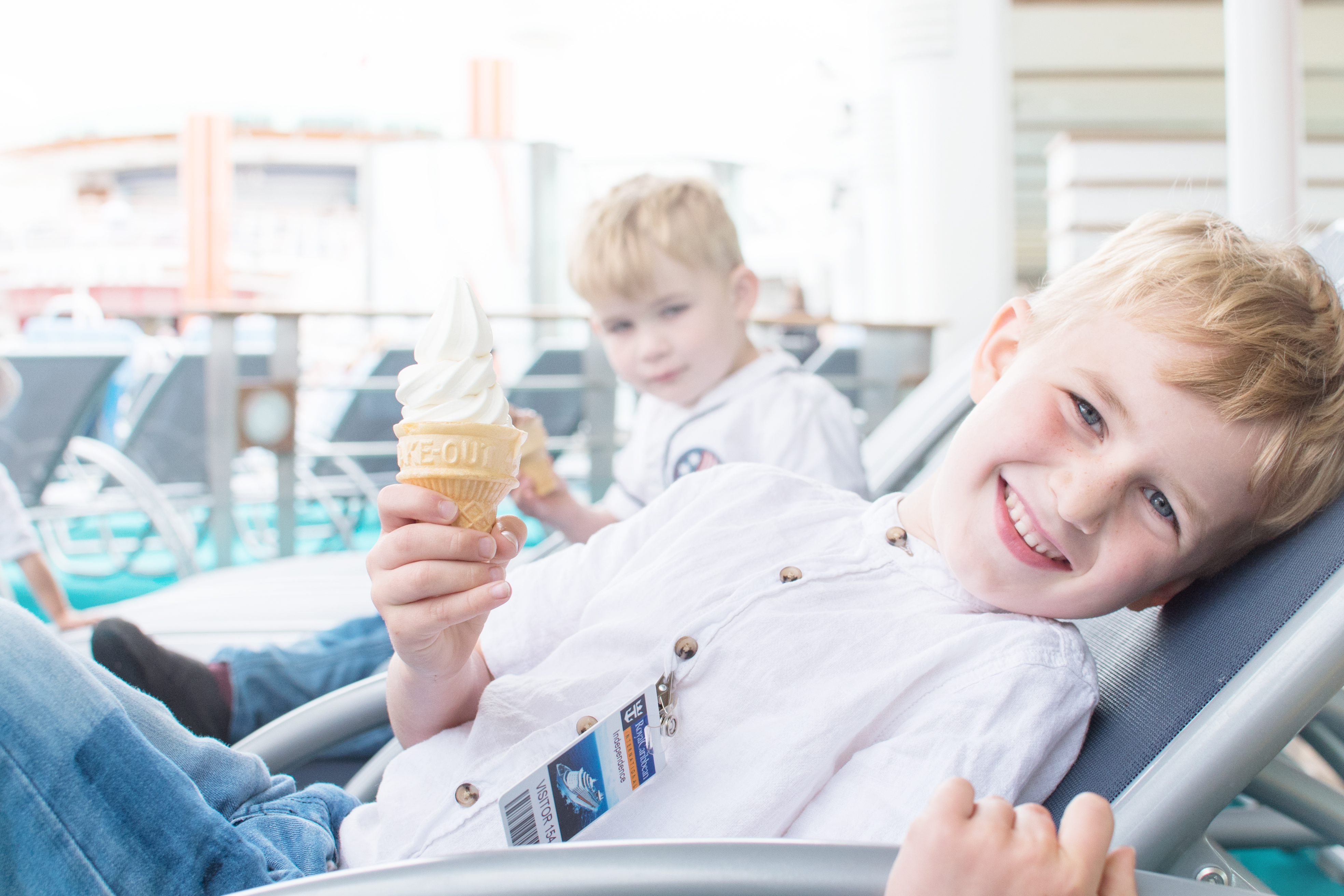 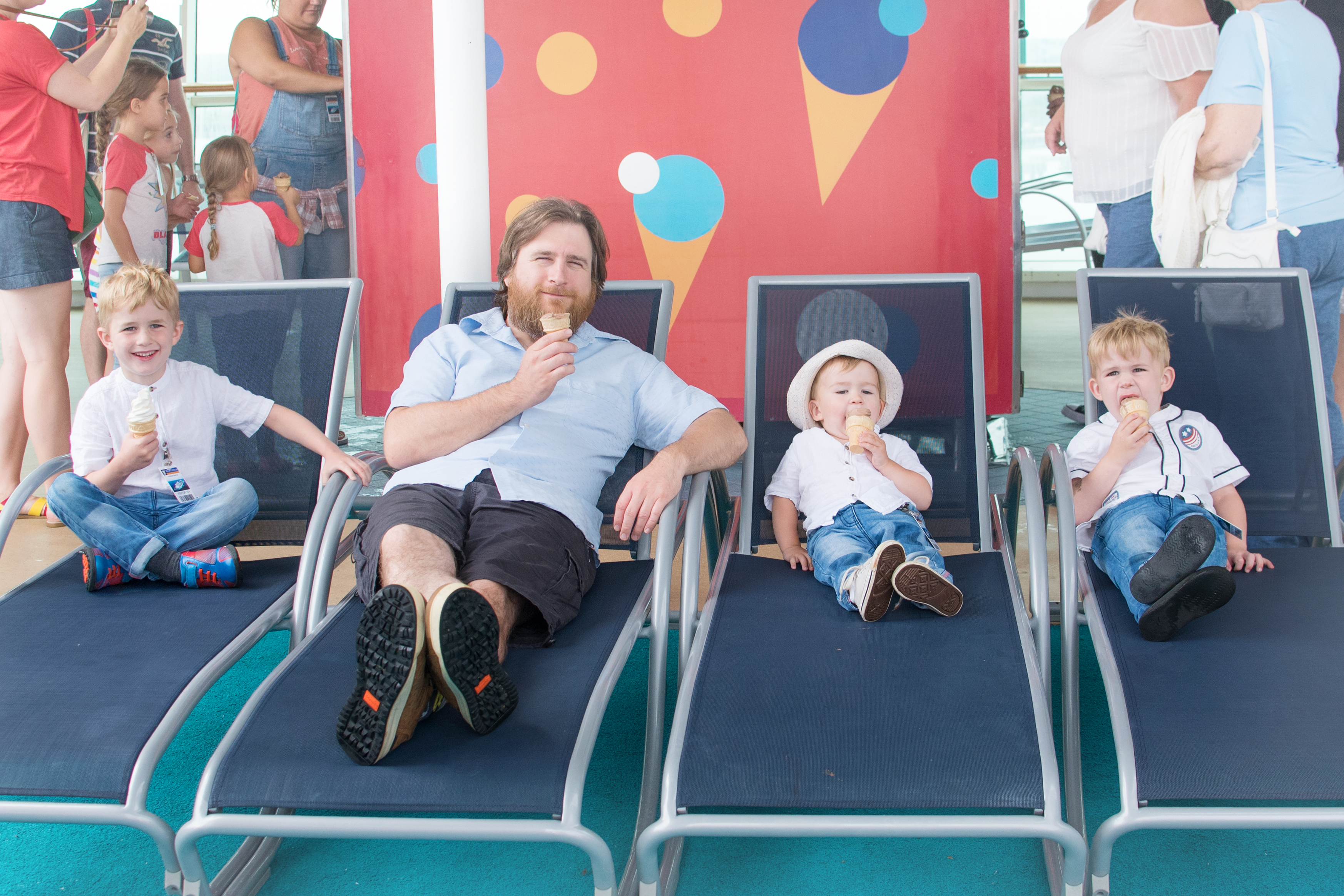 After our tummies were full with swirly ice cream, we took a wander down the ship to see the Flow Rider and the spa area.  There were guests with cocktails everywhere and it made me nostalgic for our honeymoon where each day we enjoyed a Disney cocktail of the day. 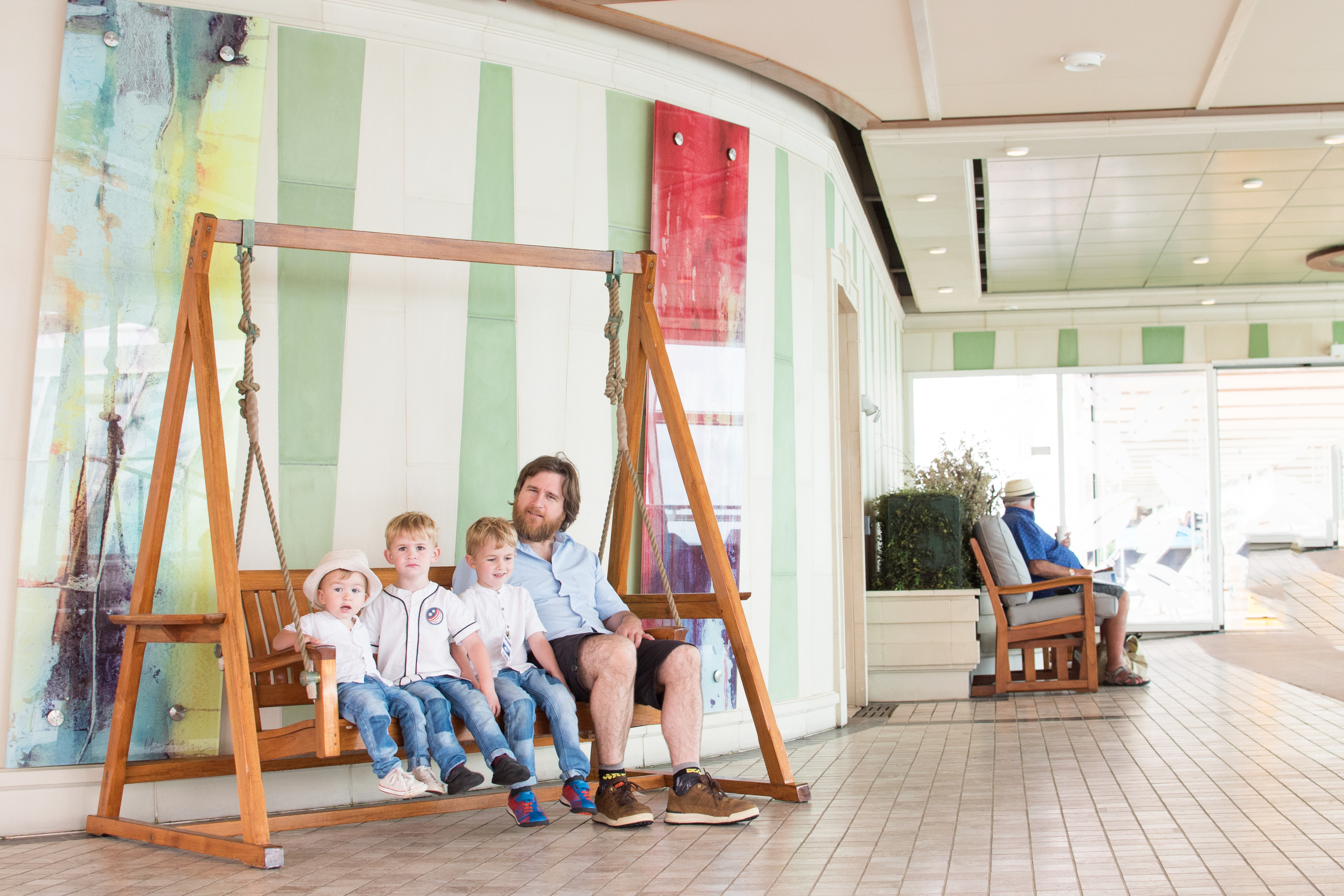 Soon it was time for lunch and we headed to my husband’s idea of dining heaven, Johnny Rocket’s.  We were originally seated inside a 1950s diner, but we switched to outside the restaurant because the view from a ship is just the most breathtaking, no matter where you are.  The air, the breeze – it’s paradise even in dock. 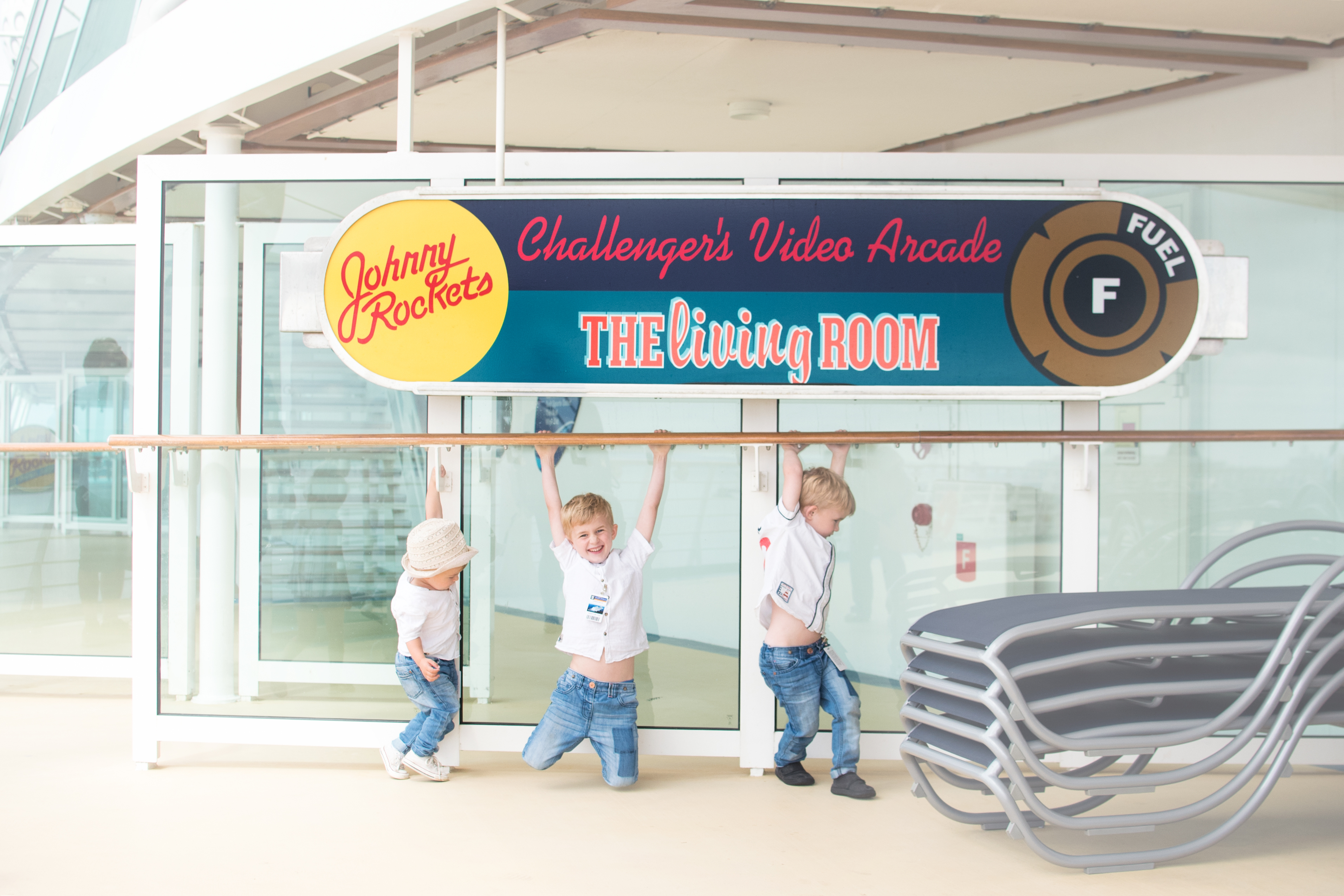 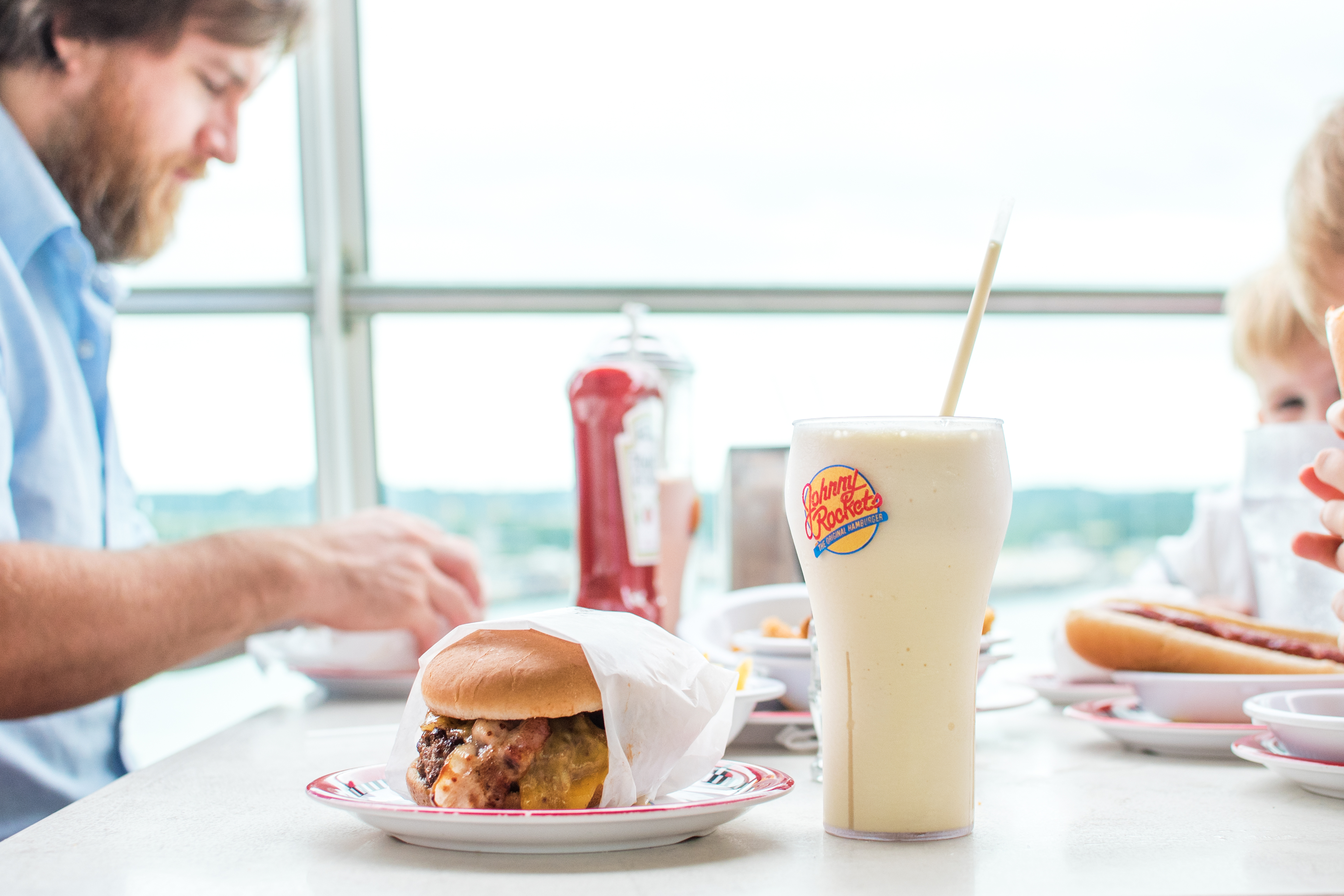 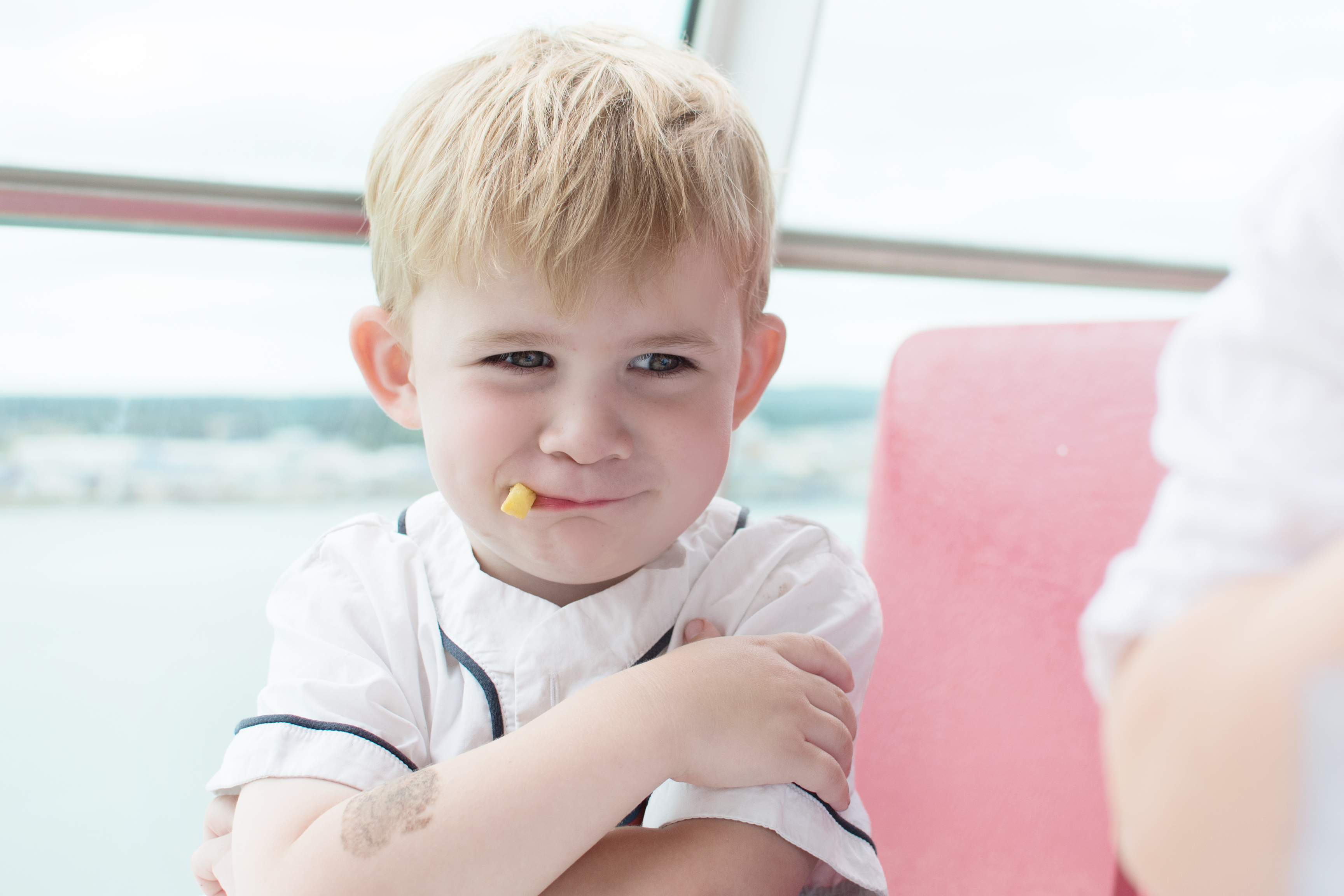 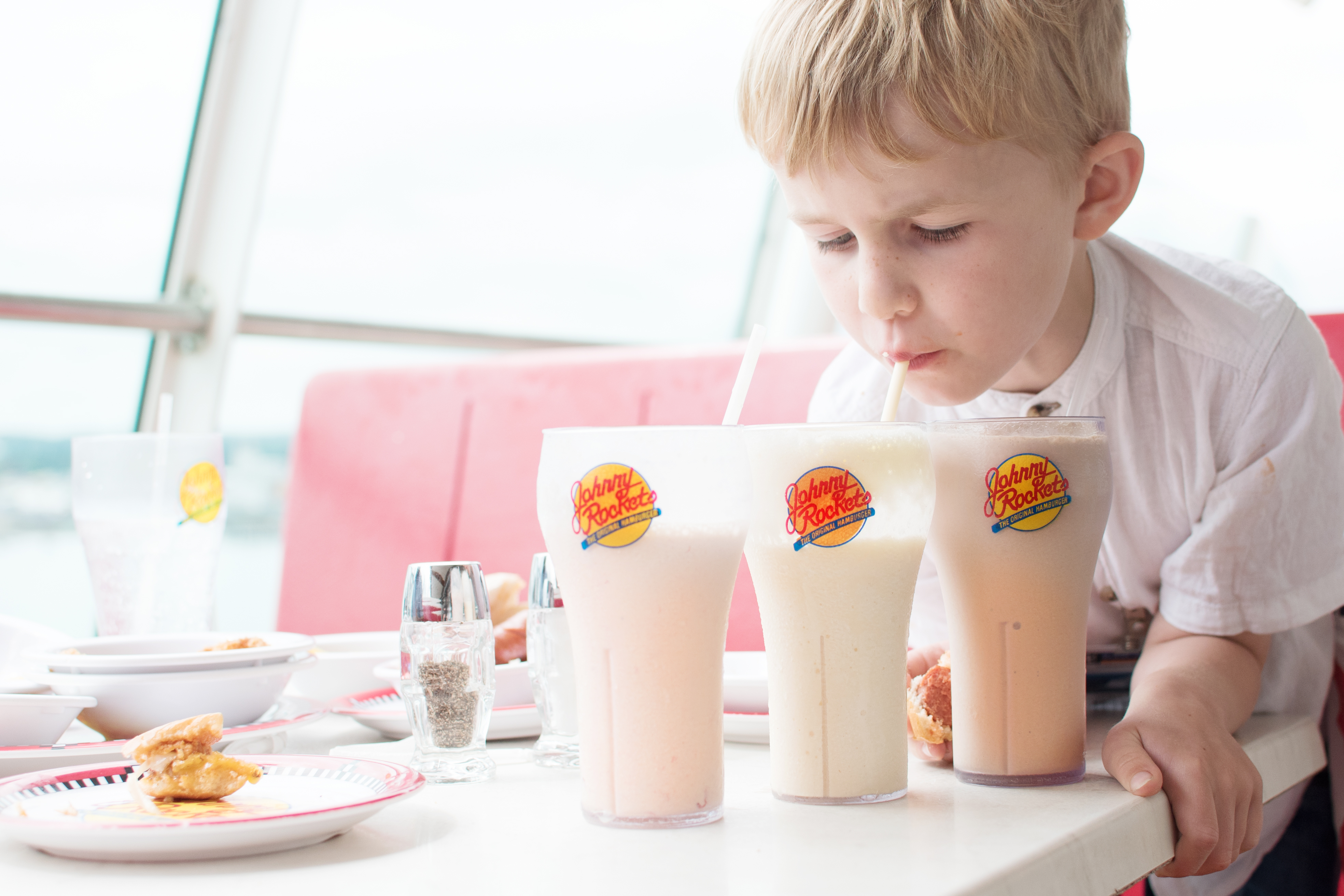 So, truly, my husband would take a cruise just for the burgers each day I’m sure – and the milkshakes are delicious.  But then the dancing began.  Oh, the dancing.  Cast members from the restaurant came out to dance to the Bee Gees and my boys just couldn’t resist.  They were up and joining in – and making memories.  Just how a holiday should be. 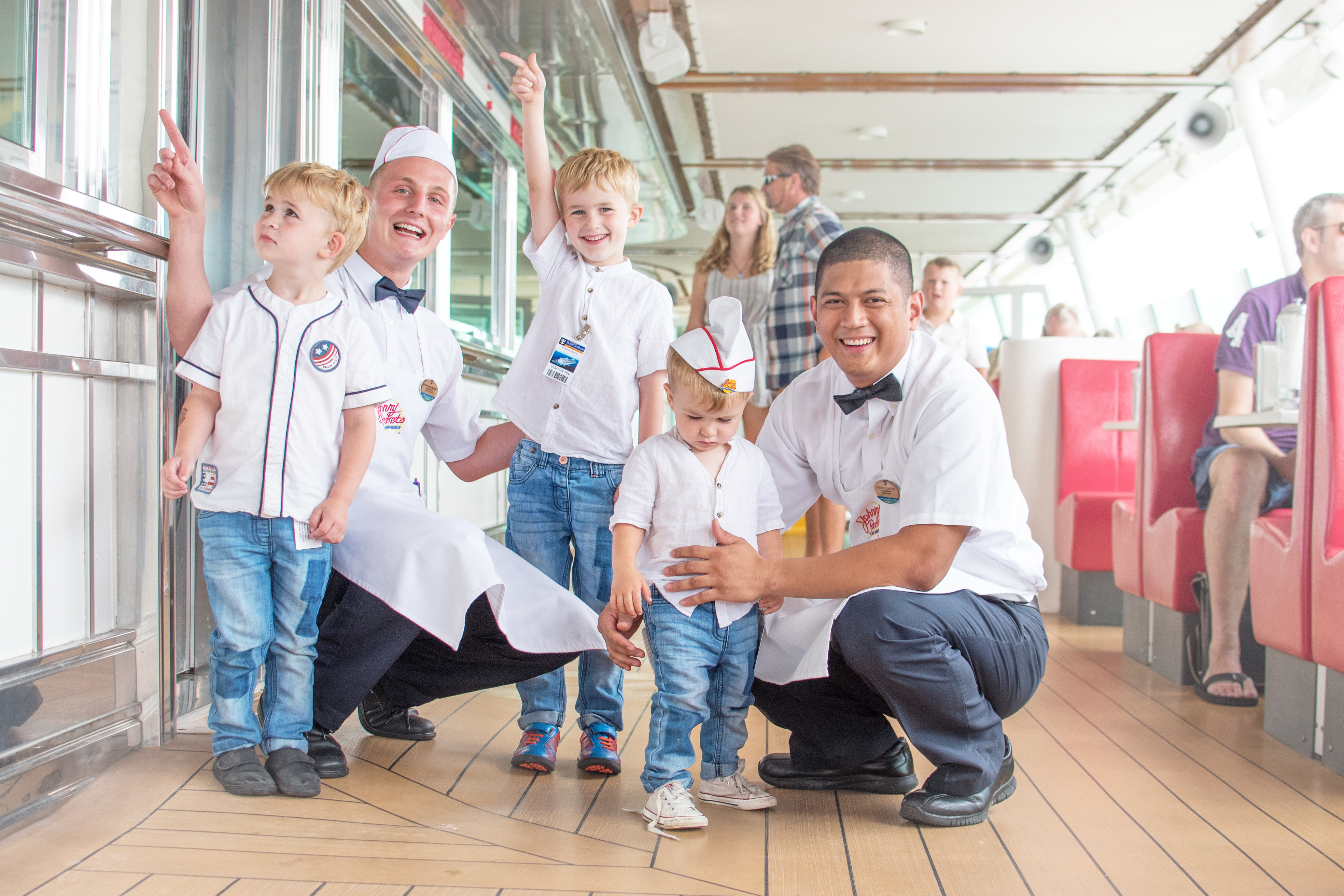 Hero was so full and out of puff that he fell asleep after dinner, as our bigger boys made their way to the pool at last!

Let’s just say that it wasn’t the warmest day on deck – but after the initial shock of the cool water, they were away.  That is, until they discovered the hot tubs – then they were alternating between the two and shrieking with laughter. 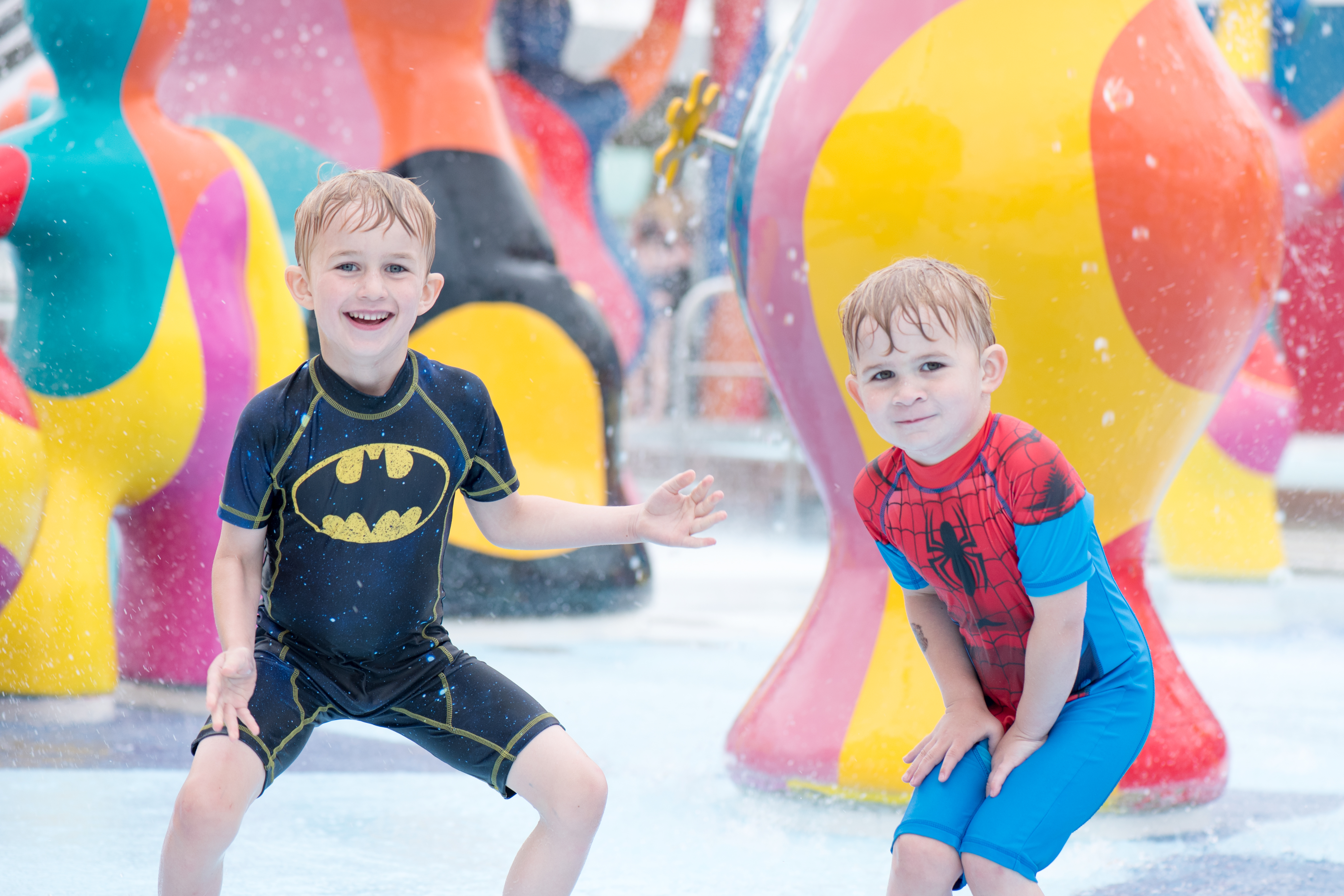 I sat poolside with Hero nestled in a wrap on his lounger – and thanked my stars I’d bought my mom-bag with me. If you’re after a bag that can do it all, this is it – my Amilie bag from Minene.  You have no idea how much I had in this bag. Seriously. I was like Mary Poppins. Even Spongebob found a place easily. 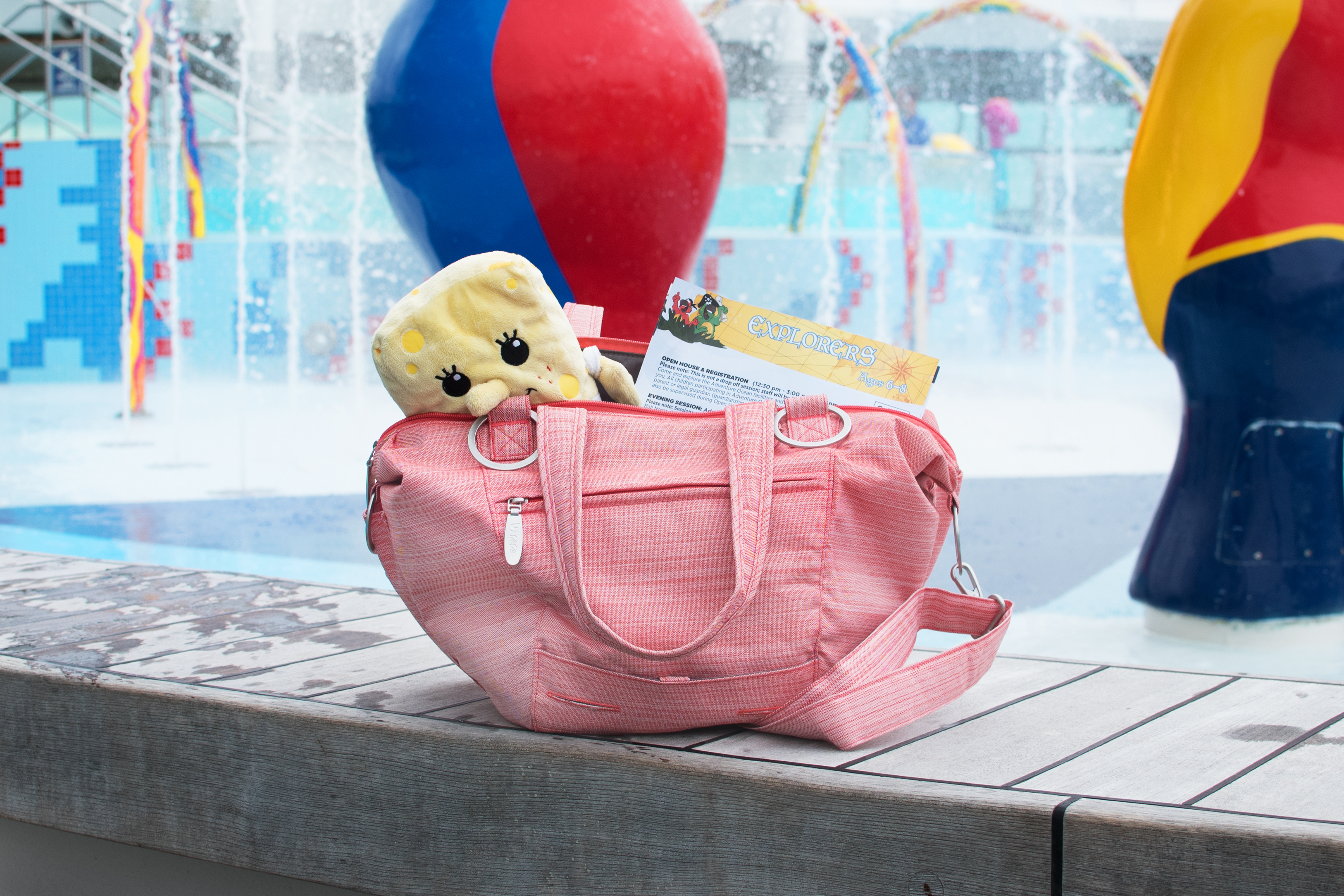 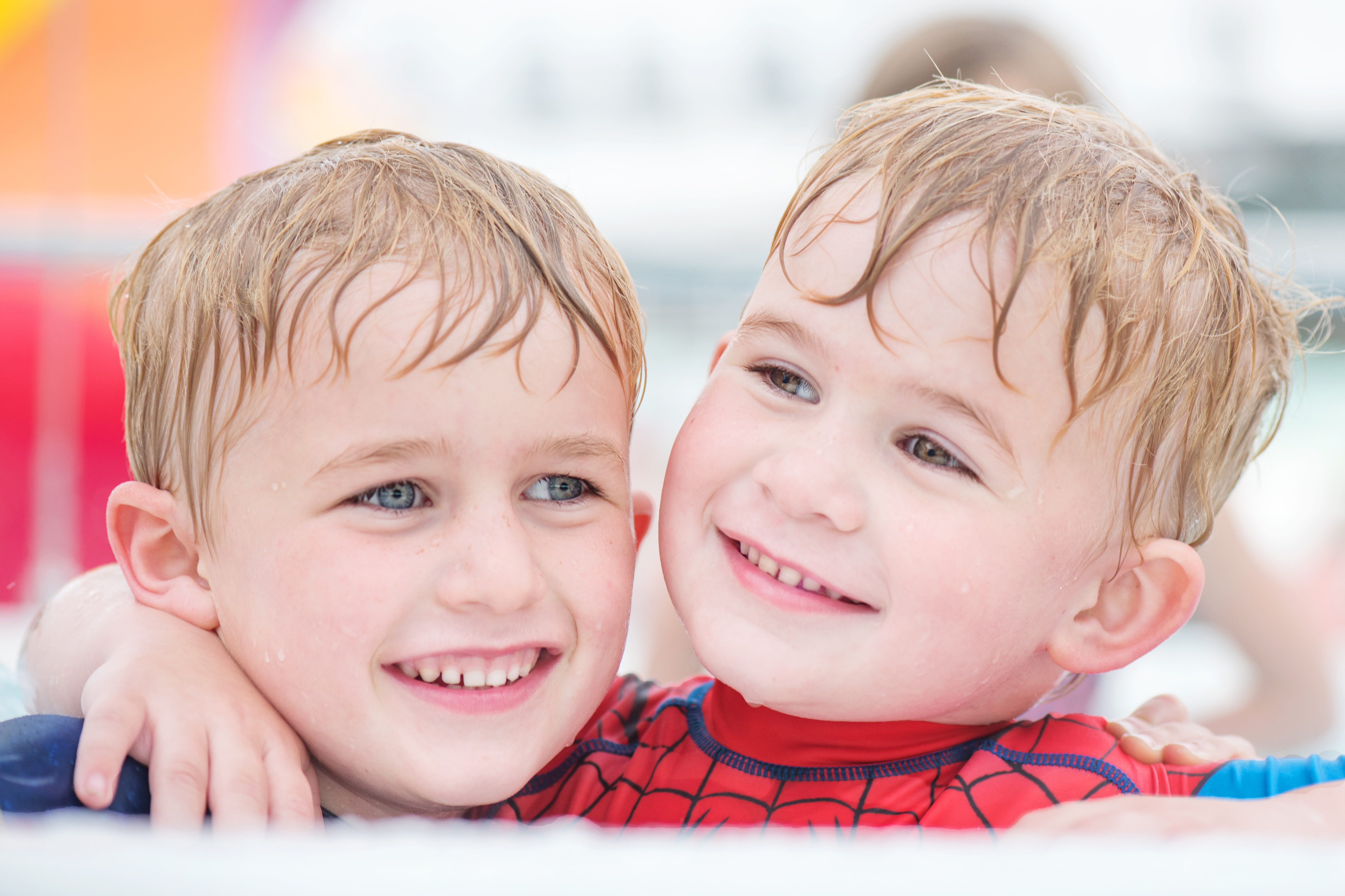 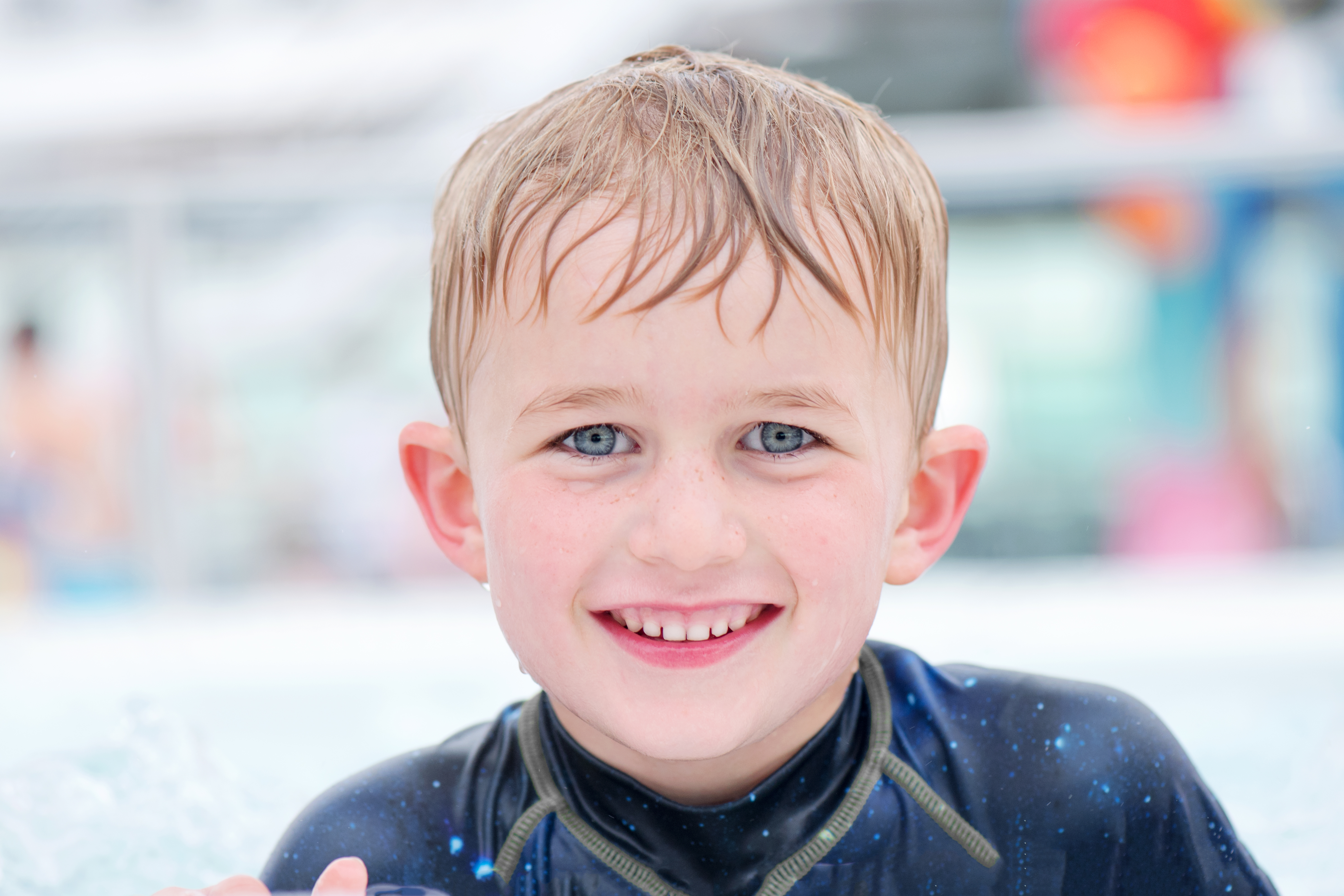 Our precious little time in the pool passed so quickly – and as it was turnaround day for the ship, we had to leave.

Someone was still asleep when it was time to go – and so we woke him up for a little family photo before we left [with more ice creams in hand].  That last picture down there?  Jensen took it a little better when we said we had to get off the ship.  Lyoto?  He’s already asking when we are going on holiday on the big boat. Oh boy. 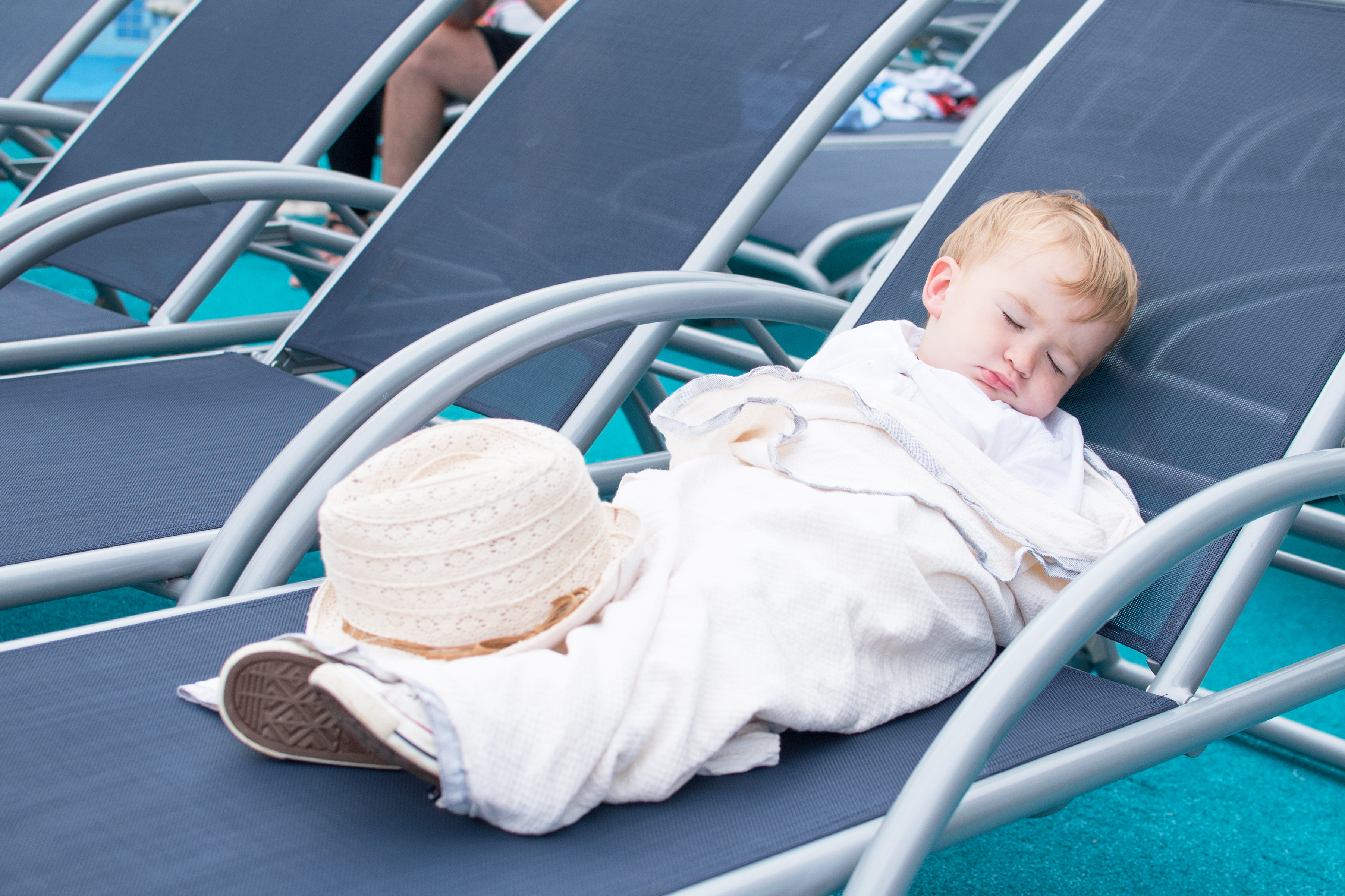 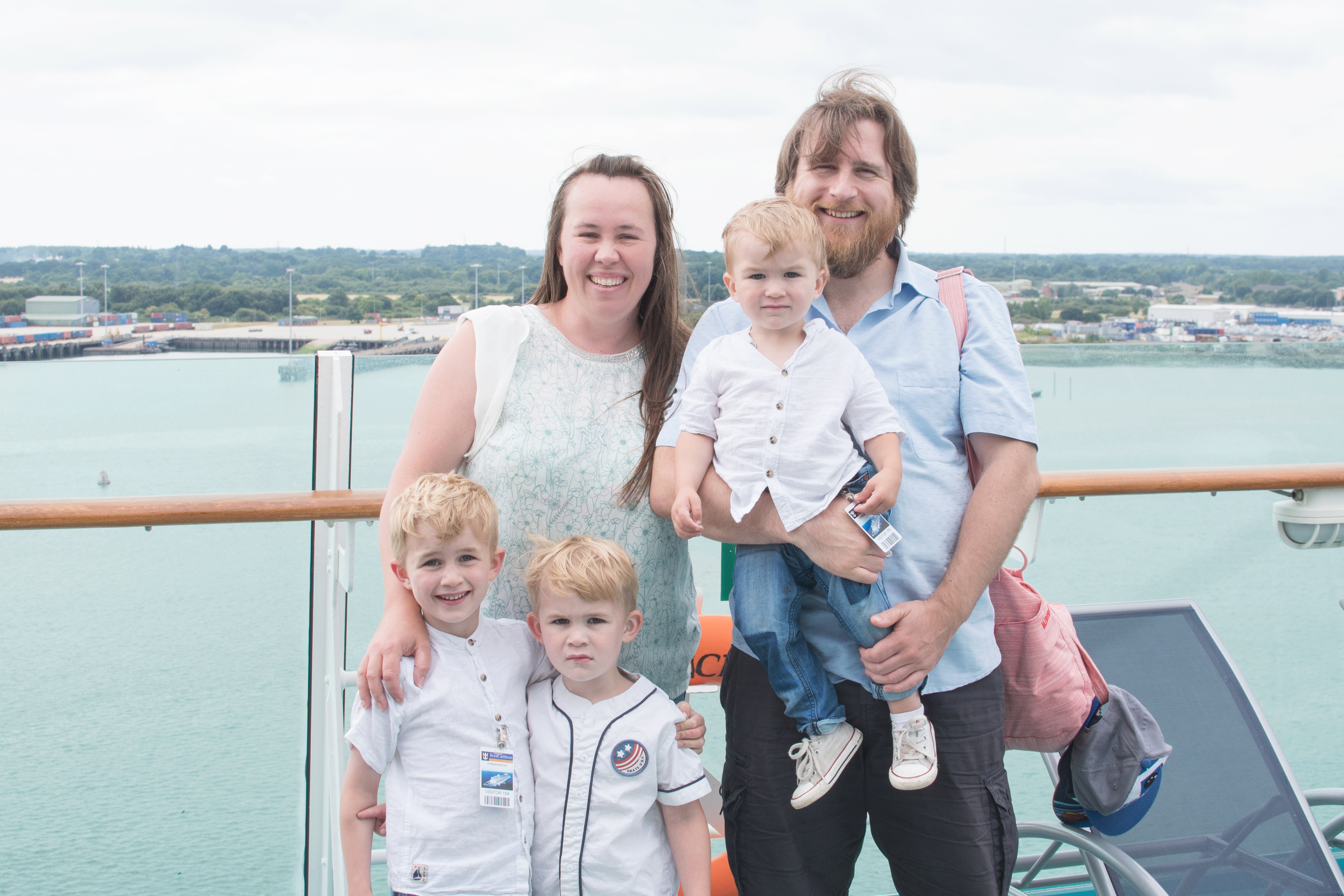 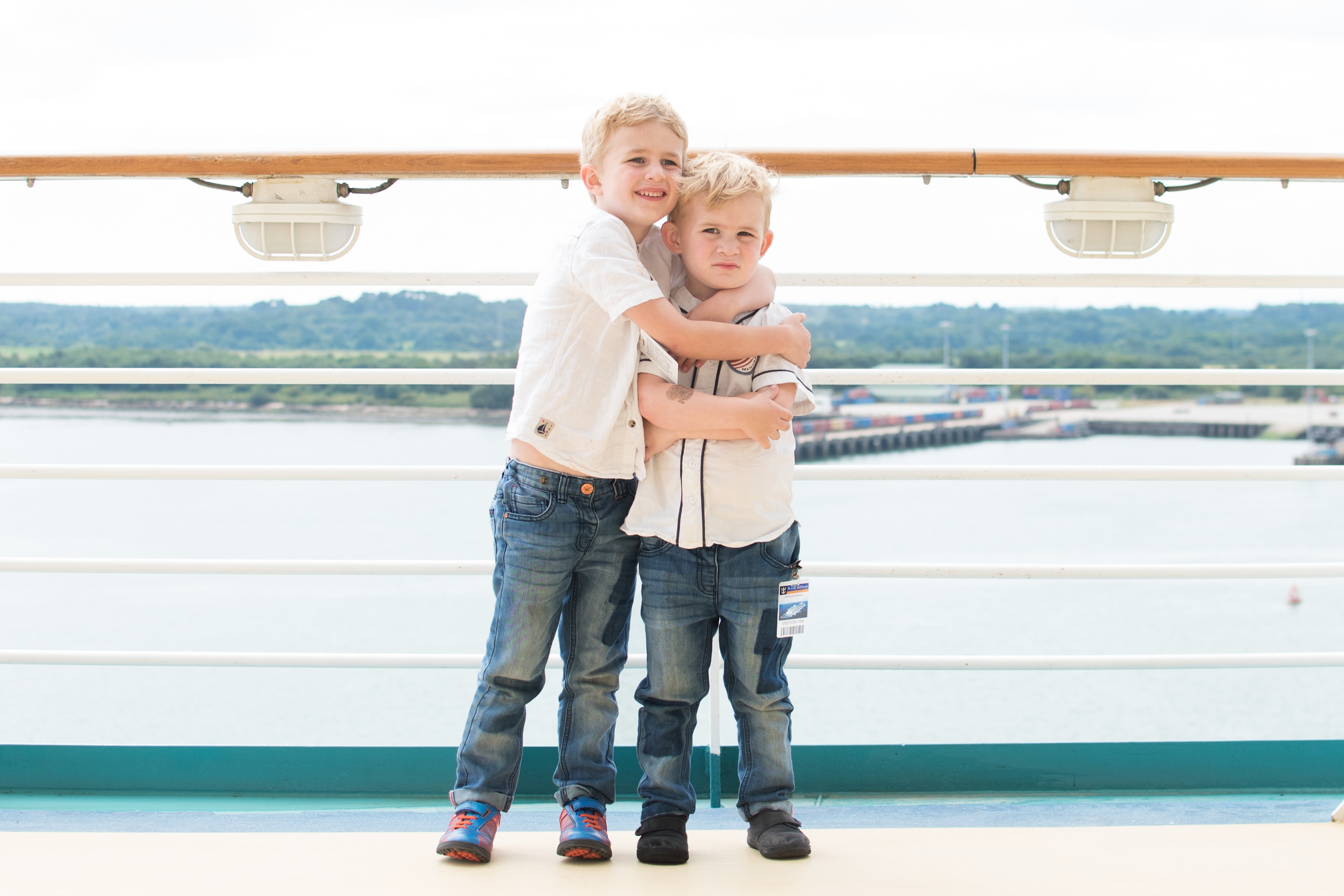