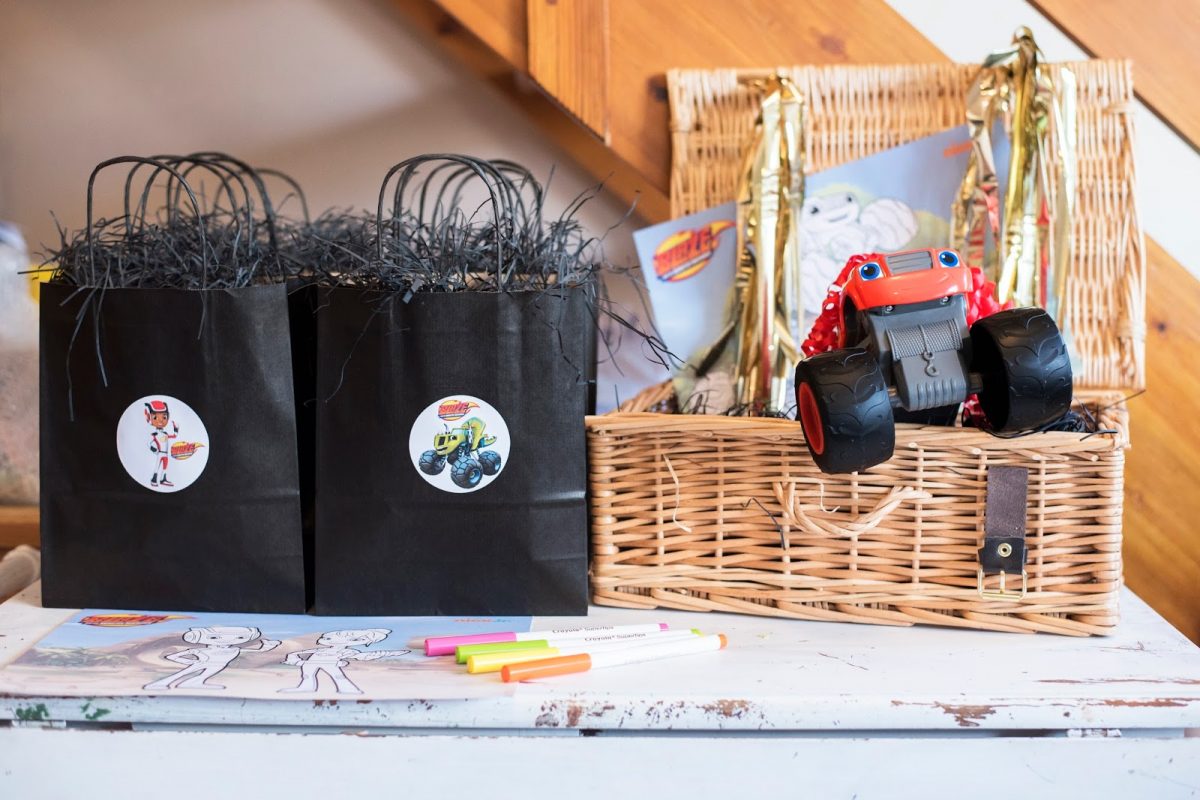 A huge thank you to everyone who took part in the UKMums.tv Blaze and the Monster Machines Twitter party yesterday – it was so much fun and I don’t think I’ve ever been as busy during a Twitter event as I multitasked my way through it!

If you didn’t make it, here’s what you missed – you can still have fun doing the activities!

The party bags were spotted by our party guests as they were so striking!  They were a huge hit – crayons, stickers, colouring sheets and sweeties – plus a bag of Kiddylicious treats for everyone which my boys renamed Blaze-alicious treats for the party.  We decided to gift everyone that came to our house one of the die cast Blaze toys we were sent, as an extra special thank you for coming.  On the way into the party, we showcased [read: Lyoto could not keep his hands off and kept demonstrating] the star prize of a Blaze Transforming Jet so that everyone was ready and determined to give it their best shot at the activities.

Our first activity was the Blaze Sink and Float Test.  We did this in the back garden because we’re quite lucky to have a large enough area to experiment in – and my poor wooden floors have seen enough water logging over the past 15 years!  We decided as our guests were so little that we would use yes and no paddles to hold up as votes as to whether the items would sink or float.  We might have gotten a little bit wetter than we should have, rescuing the sinking eggs! 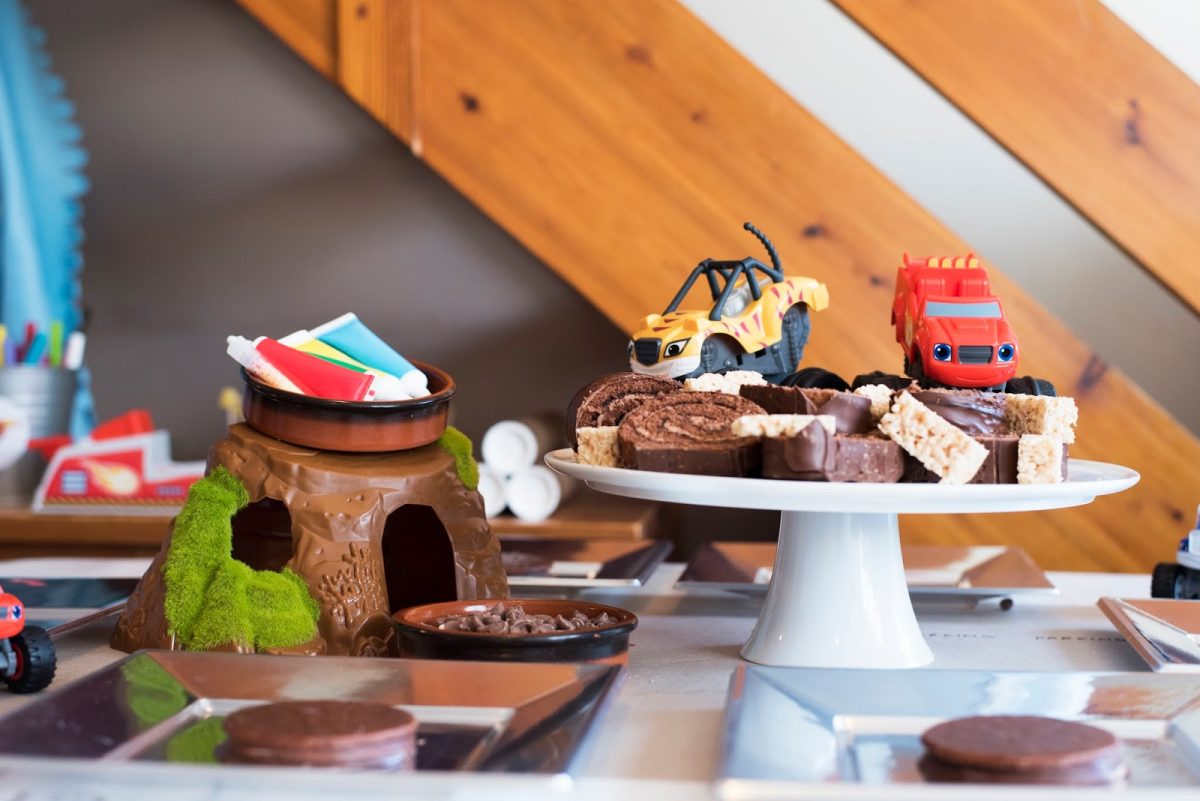 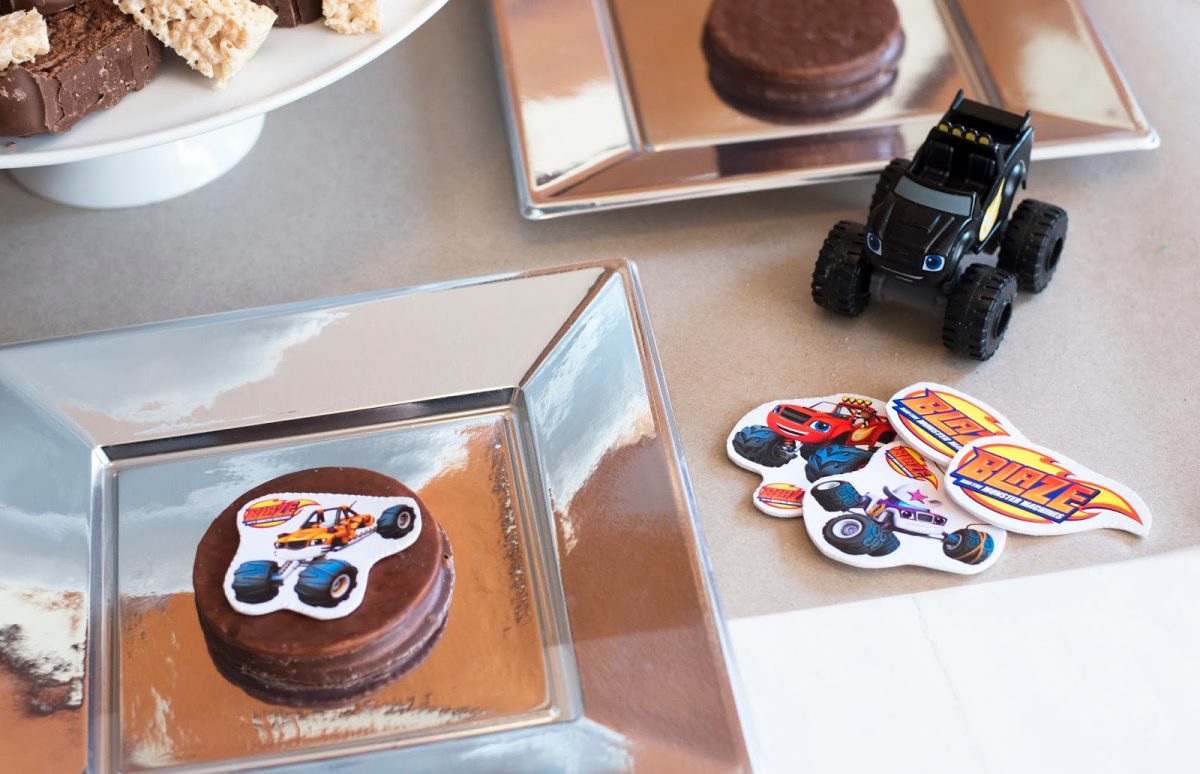 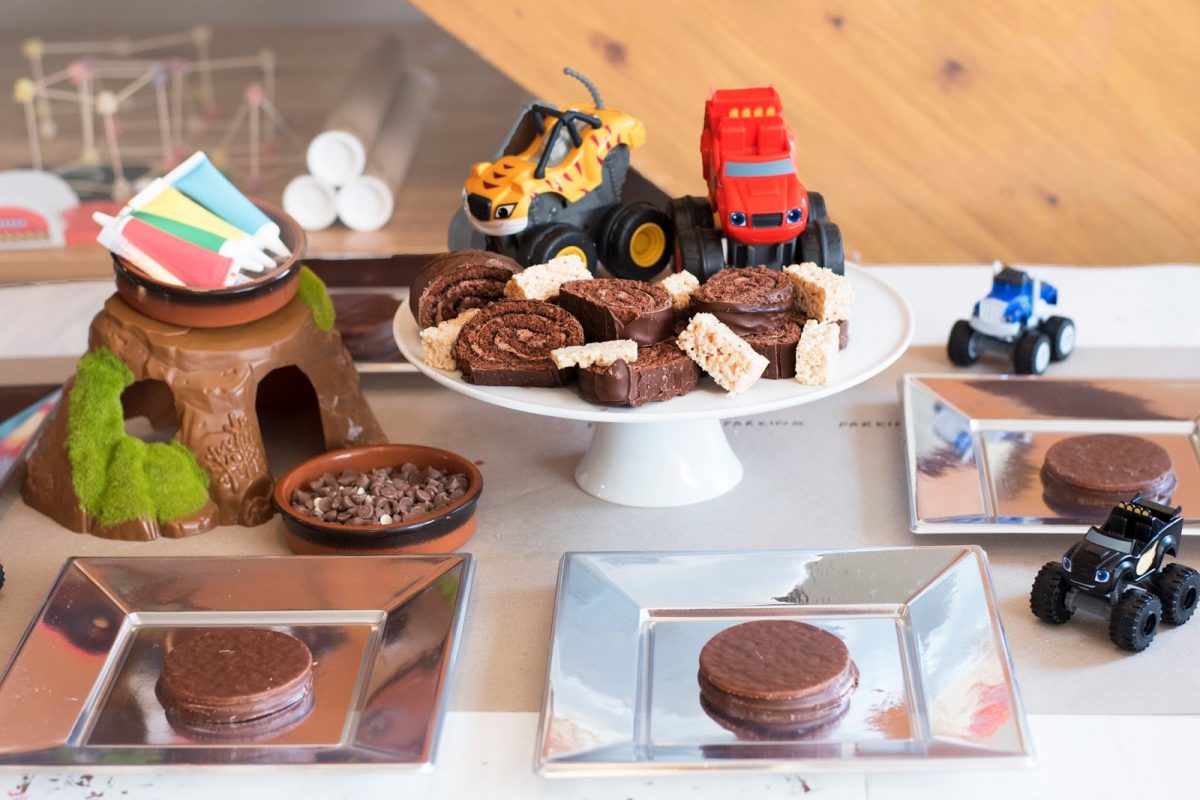 The new episode of Blaze aired at 2pm and although they were busy partying away, things got a little mad when the Blaze theme tune burst out from the TV!  Luckily we were creating assault courses for Blaze and friends and it distracted Hero at least from wanting to play with the toothpicks.  Once our assault courses were up, there was no stopping them as every little die cast Blaze model kicked it into gear and “got some air.” 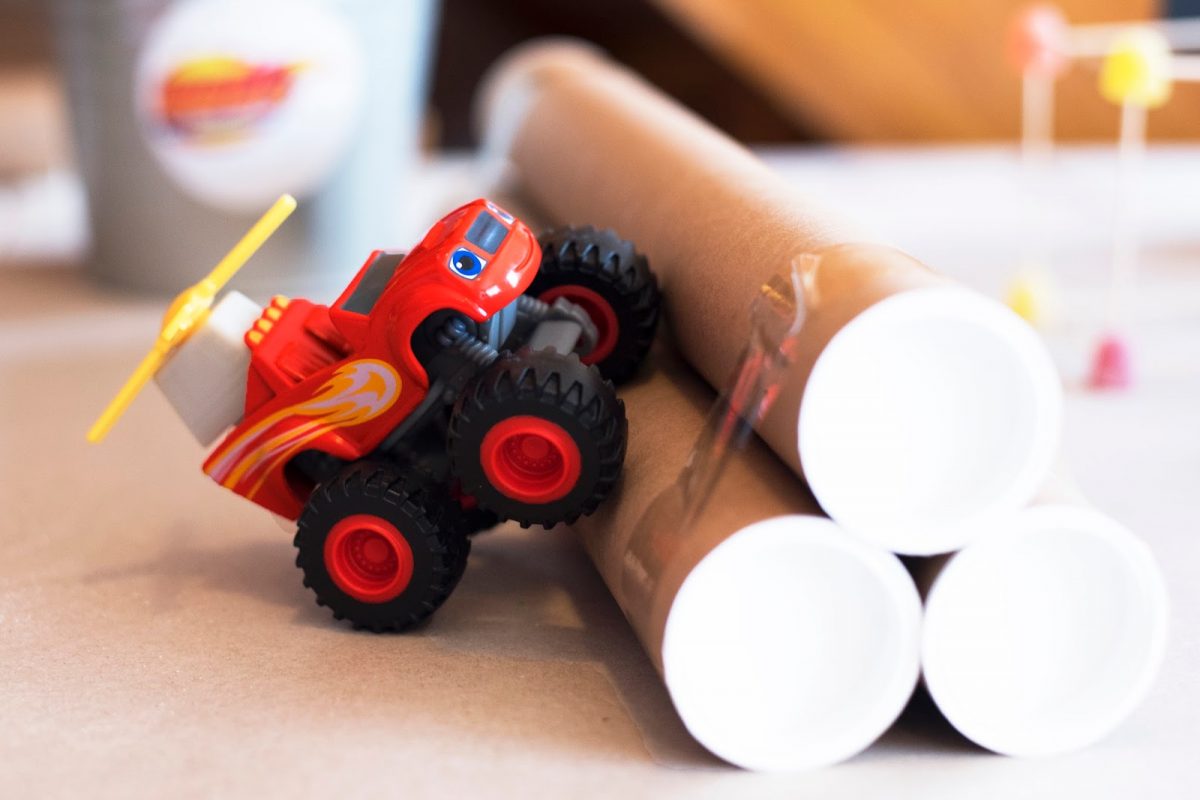 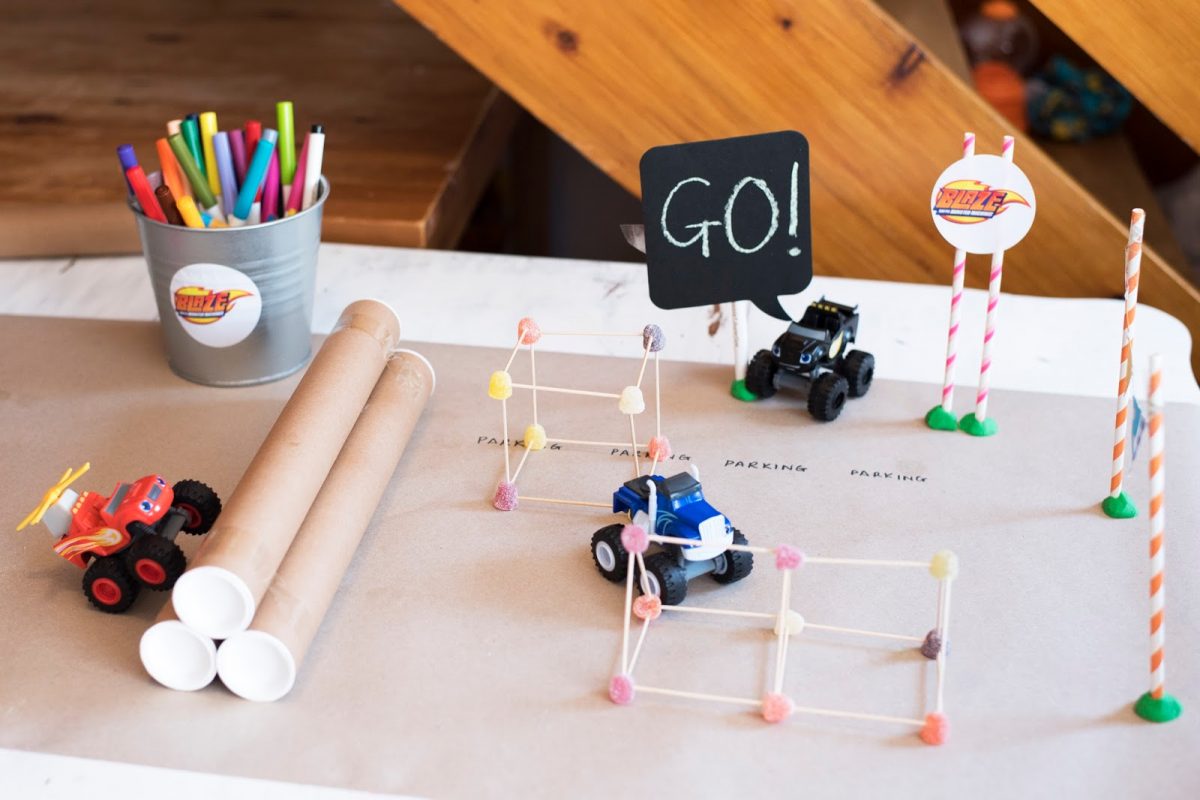 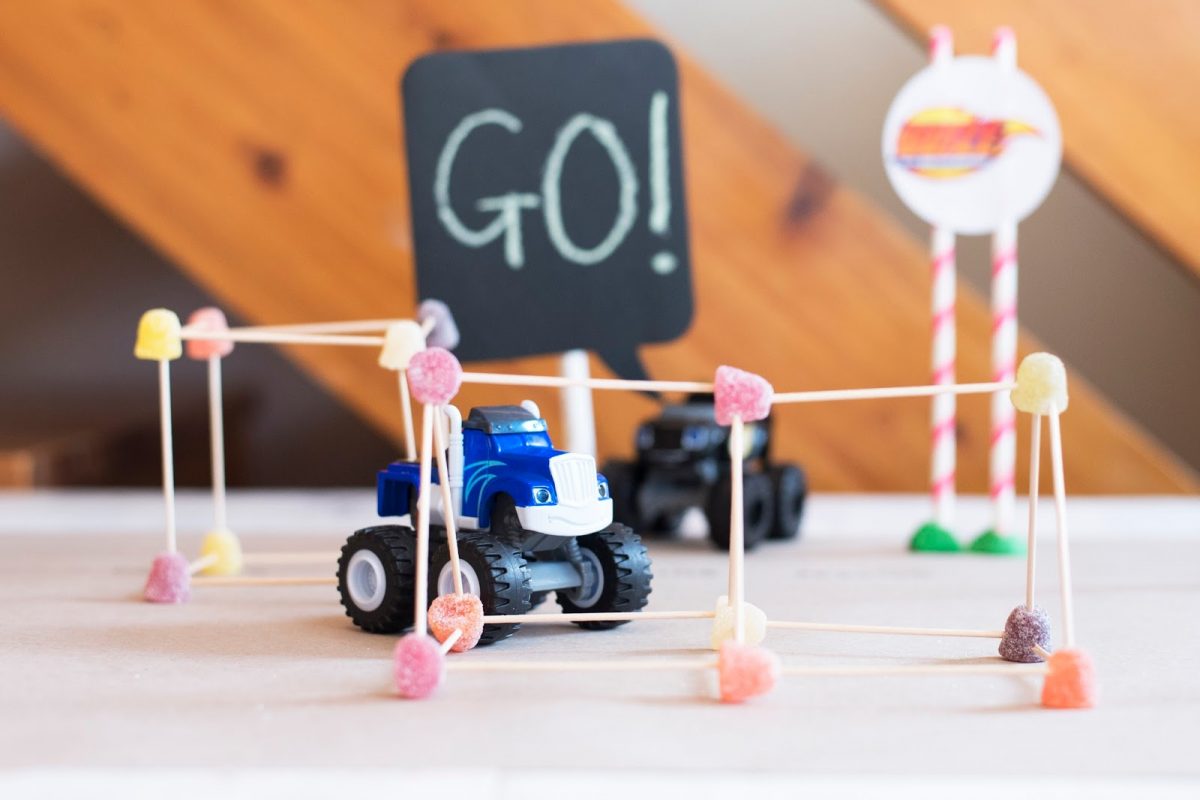 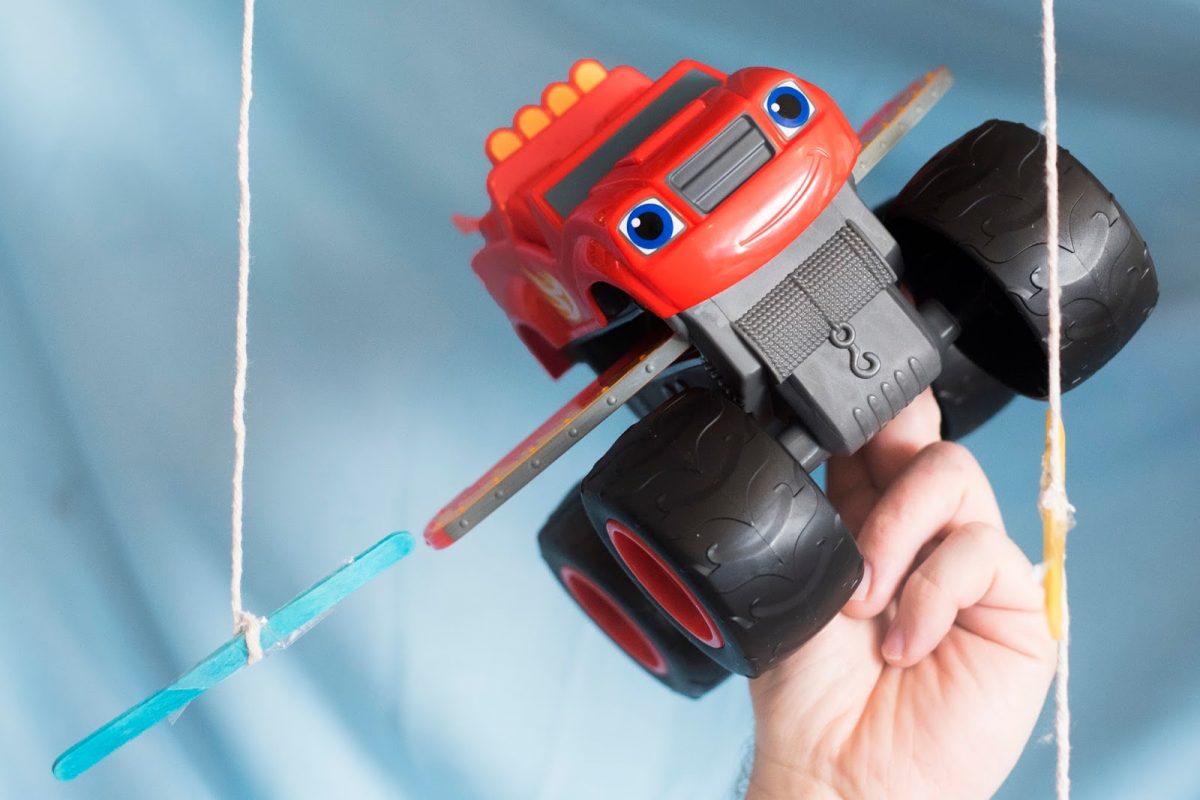 Then came the competition, as we took it in turns to launch Blaze as far as possible in order to win the coveted Blaze Transforming Jet – the boys’ cousin, Jude was the winner and Lyoto tried to be happy for him at least 😉 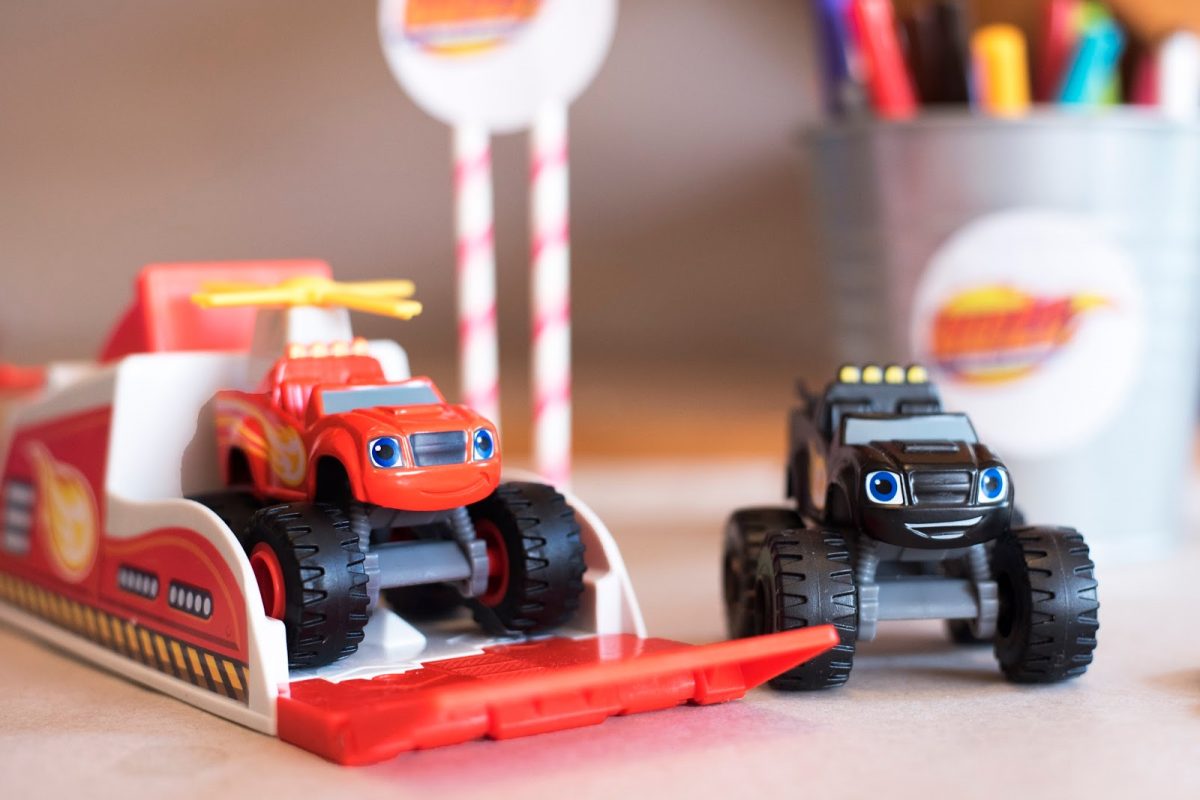 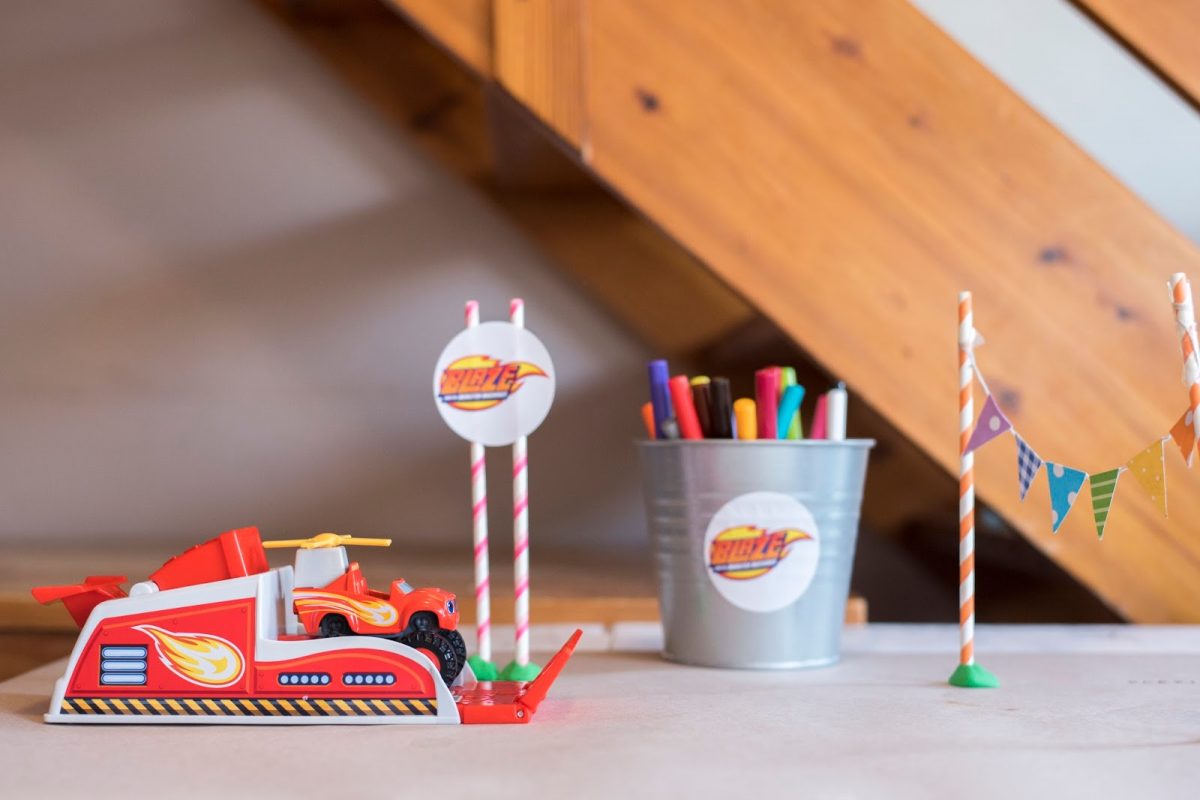 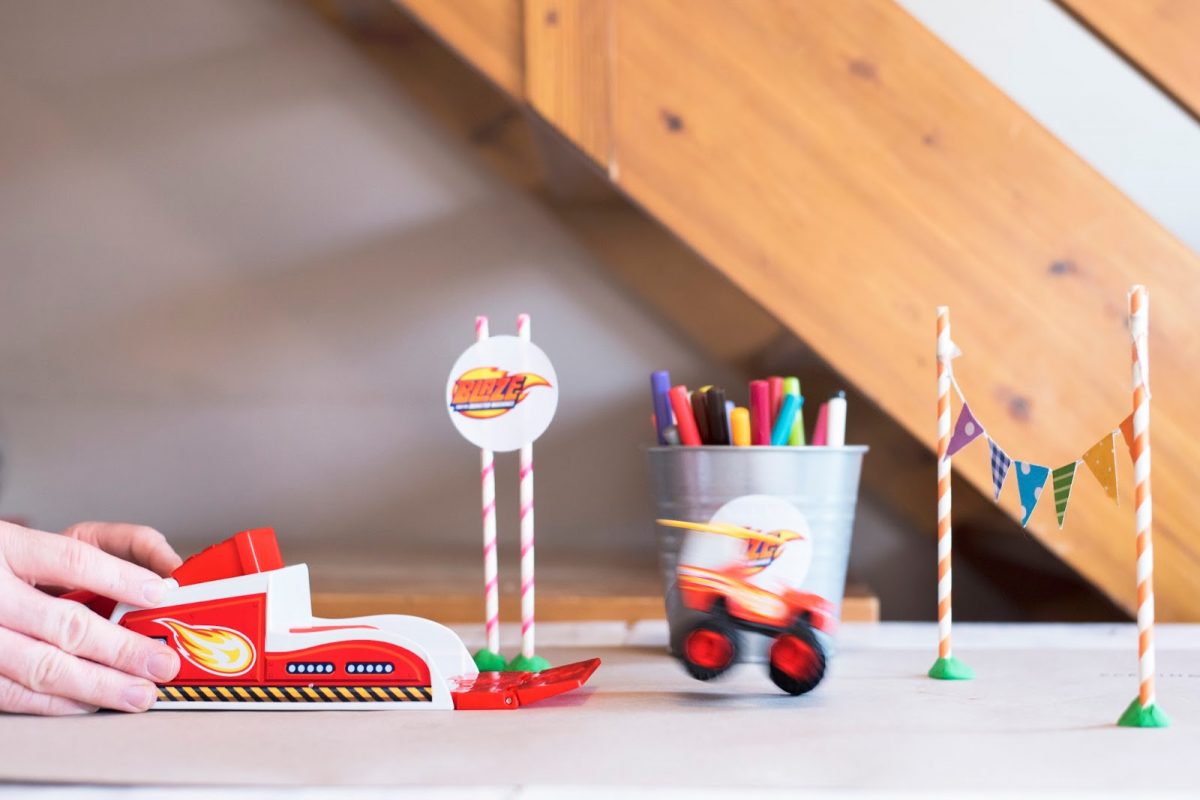 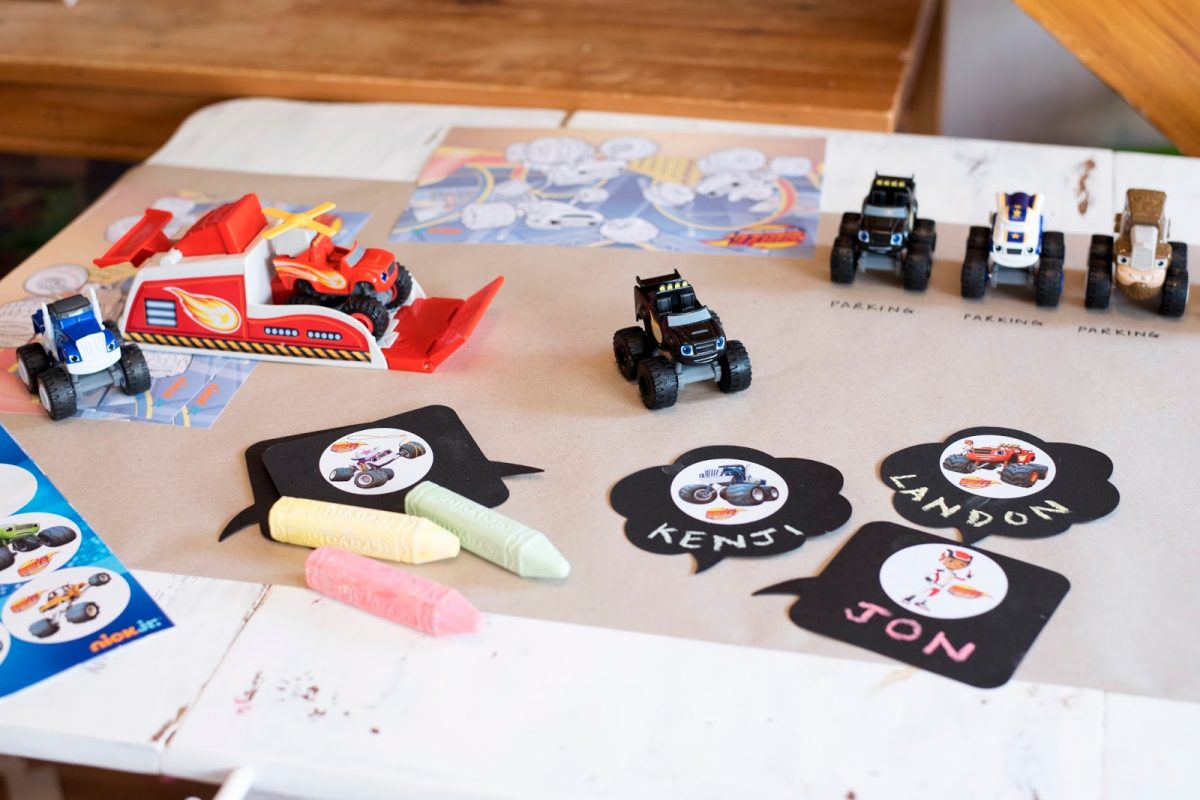 After the excitement of the competition, our little party guests slowed down to do a little quiz before home time – colouring in style!  Hero wasn’t old enough to play this one but enjoyed colouring in besides the big kids. 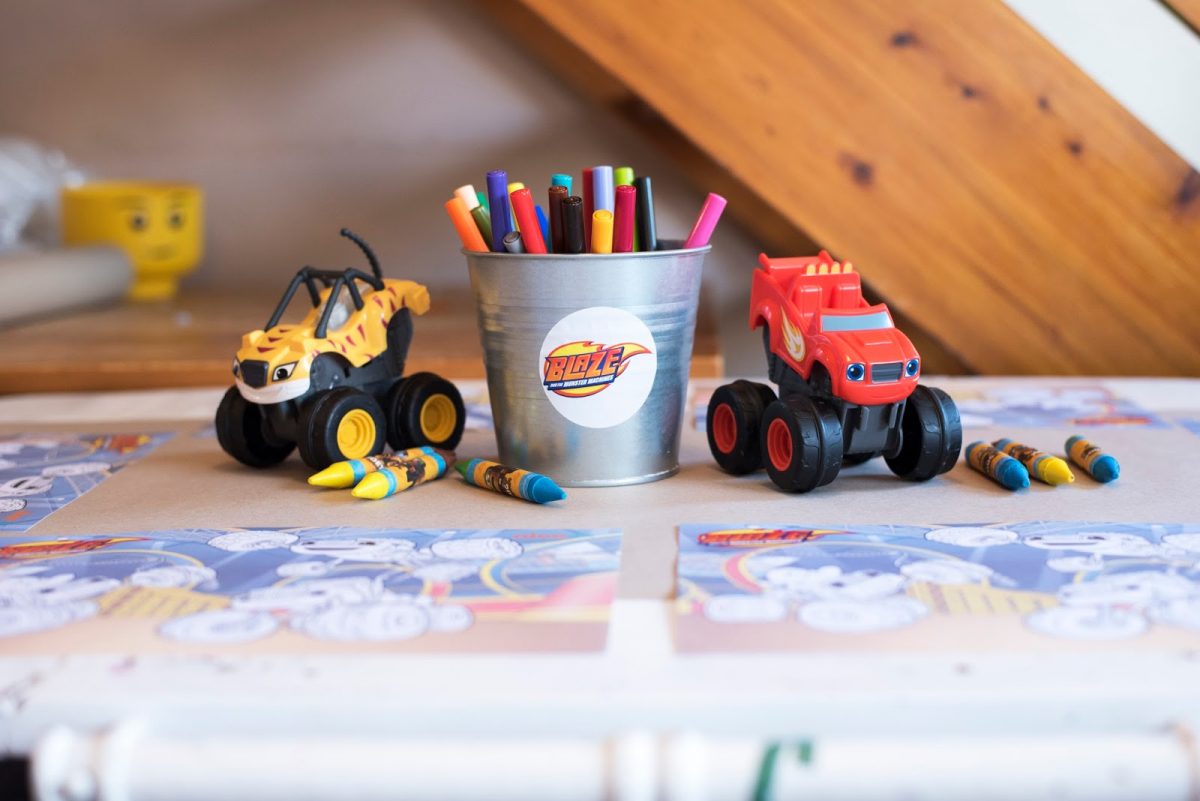 Then it was time for home already!  Time [and Blaze] really did fly whilst we were having fun!  Thank you if you managed to join us – and if not, we hope you can pop along next time to try and win some prizes!