SUBSCRIBE TO OUR NEWSLETTER FOR SIX SECRETS TO AN EGG-CEPTIONALLY FUN EASTERTIME AT HOME!
You are here: Home / GAMES AND TOYS / QIXELS TURBO DRYER PLAYSET [REVIEW]

It didn’t start off well.  After carefully tearing open and then emptying the little packets of pixels into the sorting tray, poor Jensen heard the stomach-sinking melody of 500 pixels scattering across the wooden floor of the living room, courtesy of his youngest brother as he clambered up to the table to see what was going on.

Twenty minutes later, me and the boys had collected every qixel we could find and handed back control to Jensen who was desperately trying to create a qixel version of his beloved Wild Pets Scorpion, now named Pincher.

To create little qixelations [see what I did there?], qixels are placed on the pronged plastic template to create a design, sprayed with water to activate the adhesive, and then placed in the Turbo Dryer to be spun and dried.

Although the dryer probably does work as it says, it took a very long time to notice any difference – particularly as the qixels are spun dry and affixed together by pressing a button repeatedly – which needs both hands if you’re six and under.  Lyoto’s little arms got tired whilst trying to dry his brother’s scorpion for him, and so he resorted to using his toes instead, and singing.  The dryer didn’t actually dry the pixels very well at all and so we left ours overnight next to the radiator. 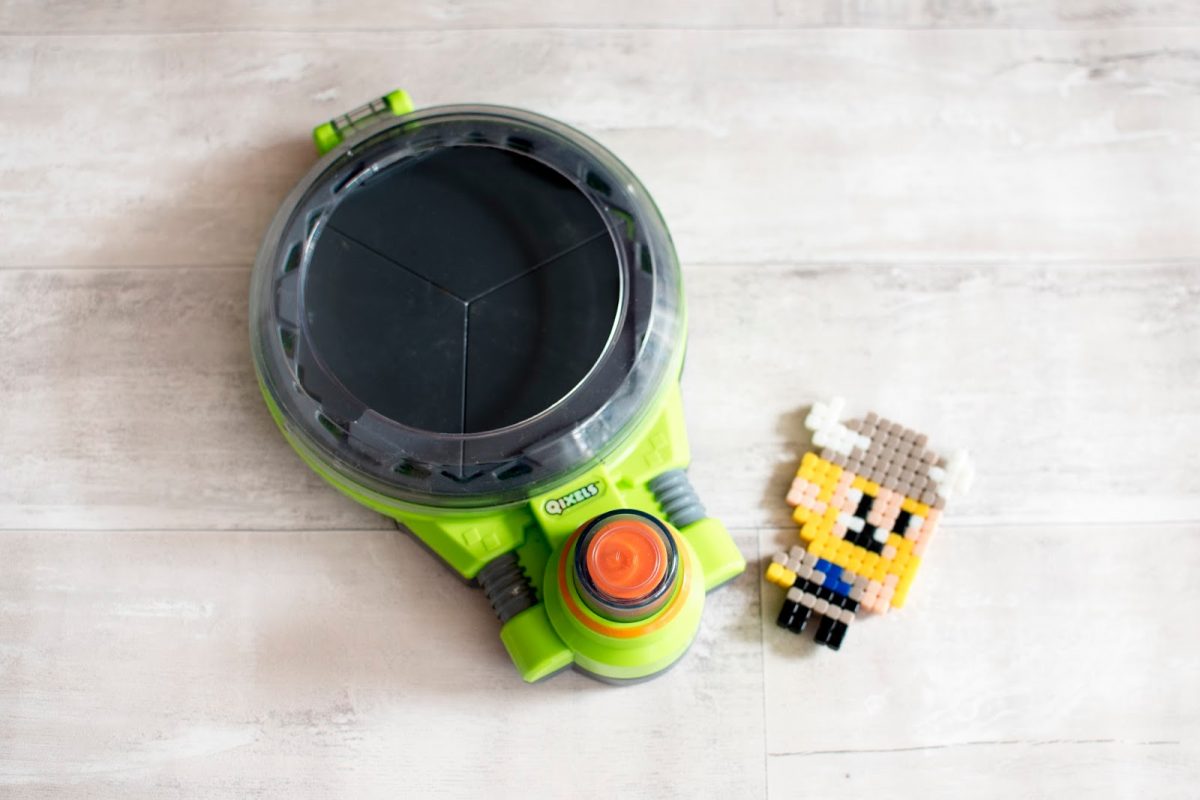 Please note that in the photos, the Qixels had already been created – to dry them, they are on a little white mat with small prongs for the Qixels to fix on to. 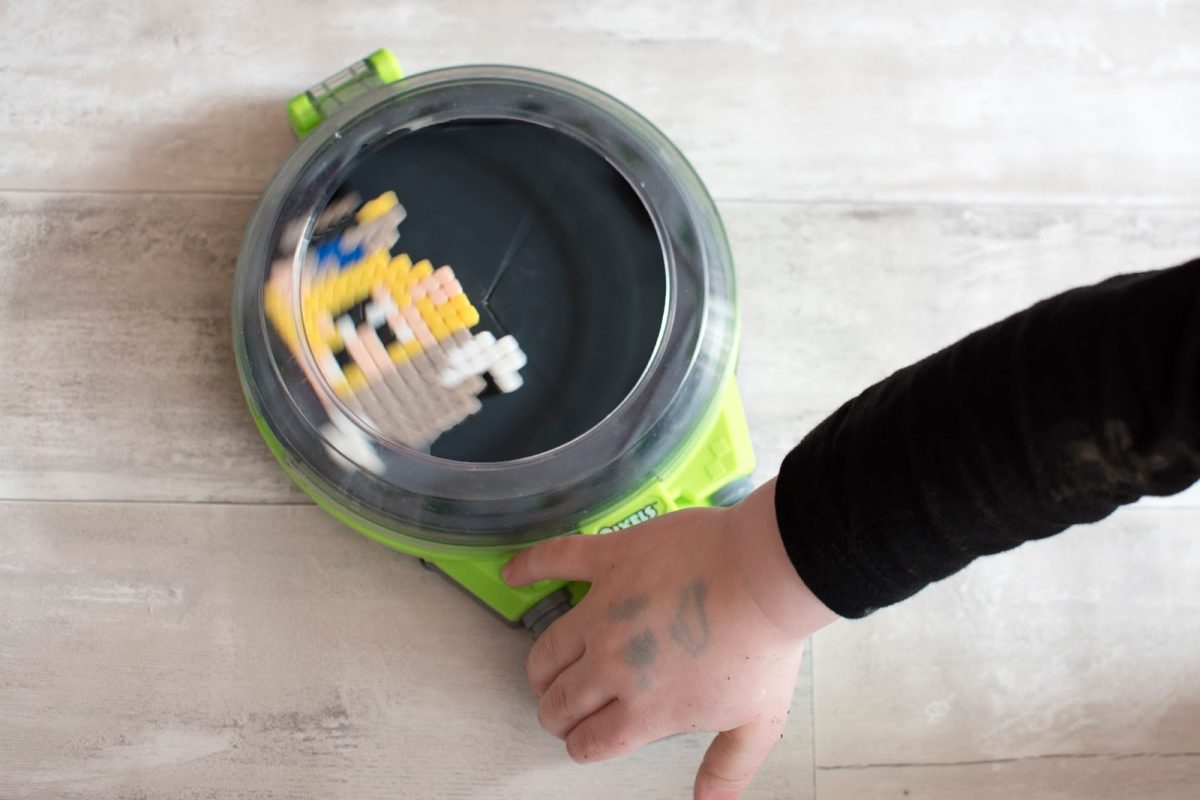 Jensen has made three of the designs in the set already, and we worried that would be the end of the lifespan of the set.  However, contrary to quite a few reviews we read whilst waiting to receive the turbo dryer ourselves, it is now possible to buy refill packs of 500 cubes to have even more fun with.  Jensen has his eyes on the dinosaur pack.

We Love…
That the qixels fit snugly to the mat.  They don’t pop off when placed and if the mat is tipped, they stay in place too.
The additional accessories – the little display stand and bag tag made the creations even more fun.
Having a craft that does not require glue!  No “oops, I squeezed too hard” moments and the furniture stays gloop free!
We Wish…


That the dryer was operated by a spinner instead of a very hard to push button – and that it worked as it says.  We were quite disappointed to be honest.
The sorting tray had either more shallow or wider compartments as it was difficult for little and big fingers alike to get single pixels out.
The selection of qixel colours in the set was more varied.  They were very muted and as a result there was very limited room for creativity – play was constrained to the designs on the templates.

Would I buy it?

Having tried it, no.  I wouldn’t pay £19.99 for the dryer – but I WOULD buy Qixels alone.  My boys would have quite a bit of quiet fun with them in the afternoons.