0shares
Are you one of those parents who will disguise vegetables in their child’s food to get them to eat something healthy? Do you find yourself saying “just one bite” or “eat it and then you can have…”?  Well, you’re not alone…and I’ve taken it to a new low.
After buying a carrot and apple smoothie from Marks and Spencer [40% carrot pulp] I finally managed to get my carrot hating 3 year old to drink it because he misheard me and thought I said “parrot juice”.  All too keen to try some of the parrot juice, he absolutely loved it and now drinks carrot juice every week.  The shame of it.

Jensen, 5, will eat anything he grows except tomatoes.  Yet he loves tomato soup – and when homemade with actual tomatoes, will still slurp it down with grilled cheese sandwiches.  He’ll also enjoy passata [read: squashed tomatoes] on the pizzas he makes for dinner – but he hates tomatoes apparently and won’t hear of it if we say otherwise.  He loves what he grows – peas, corn and fruits in the garden – and a pea has yet to make it as far as the steamer because he eats them all raw.

Hero, 1, eats whatever he sees everyone else eating.  He’s easy. 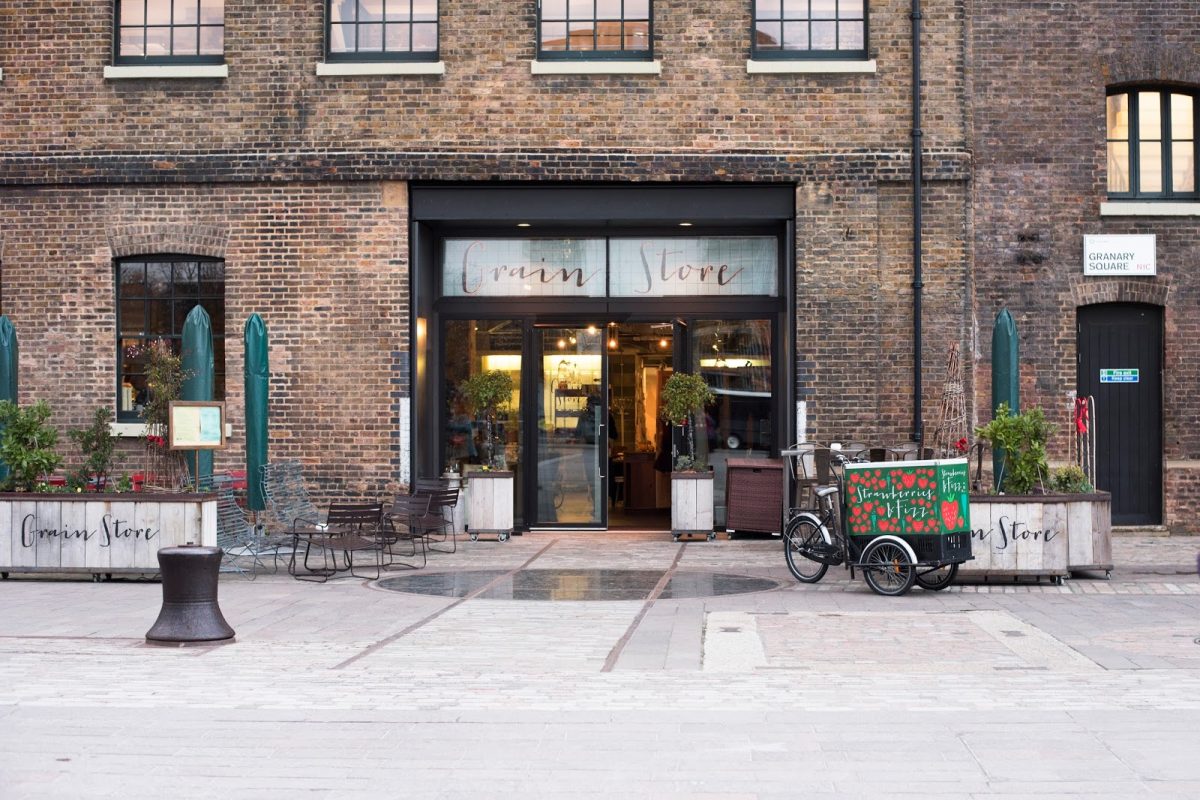 Now, I’m no Jamie Oliver, although I wish I was able to create more from scratch for my boys.  Not because I want everyone to think I’m not just solely a brilliant chef when it comes to boiled eggs, crèpes, cupcakes and lasagne [I’m a sous-chef to my husband for the rest of it] but because I worry. A lot.

Whilst pregnant with Hero I was diagnosed with Gestational Diabetes, causing me to monitor  everything I ate quite carefully – and in doing so, I realised in horror that there were an awful lot of hidden nasties in food I’d always taken for granted as being good for my children.

Before this week, I was pretty sure that margarine was something we needed to be cutting back on – or making the switch to butter.  I’d very recently read an article which had turned my stomach completely and then completely by coincidence I received an invite from the lovely people at Flora’s public relations agency who invited me along to their press day to see what was happening in the world of spread.  I was so keen to attend that I awoke at 3.30am on Wednesday morning to drive to Richmond and take the first tube to Kings Cross St. Pancreas for breakfast with a difference. 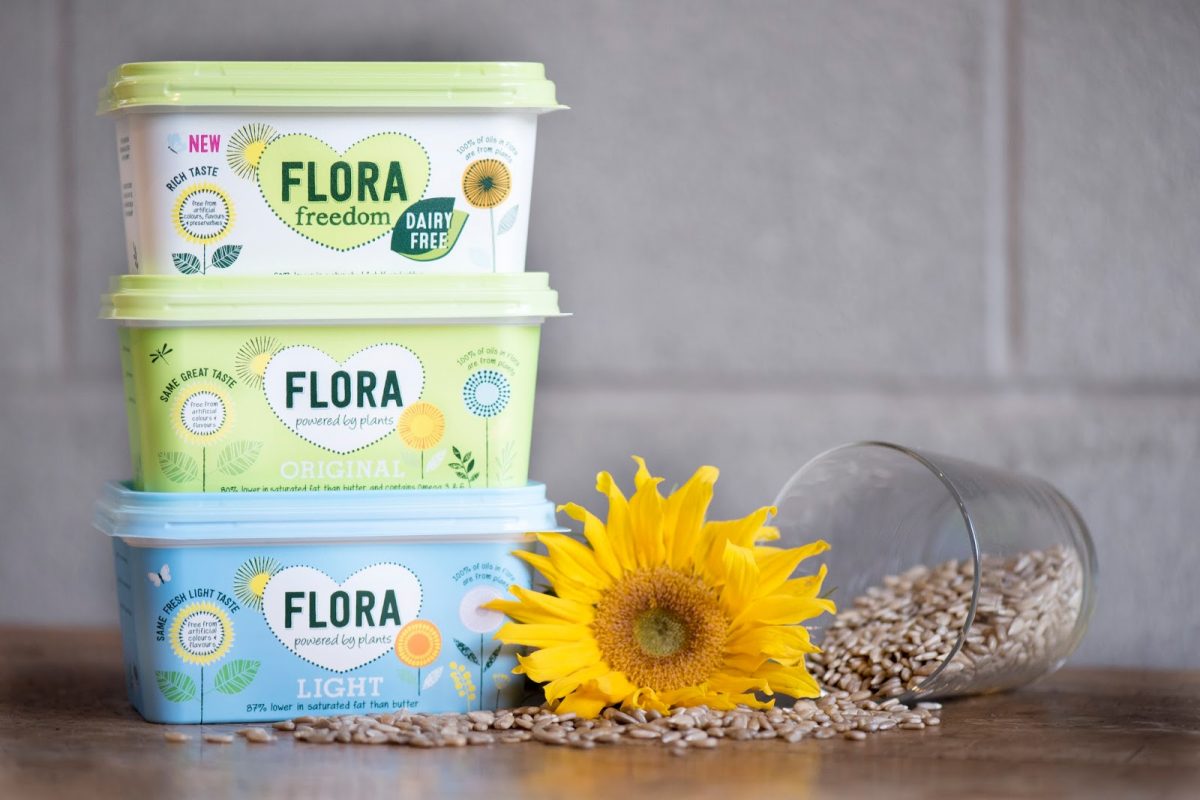 Flora’s event was held at the Grain Store which was the perfect setting for a morning powered by plants.  Shortly after arriving I feasted on the most delicious seed scattered oats with semi skimmed milk, the fluffiest pancakes and creamiest scrambled eggs I can ever remember having.  The set up was beautiful and I chatted to the prop stylist over a cup of tea, then mingled with some of the Unilever team before taking a few snaps and settling onto a stool [which I kept sliding off] to hear all about the new product and relaunch for Flora. 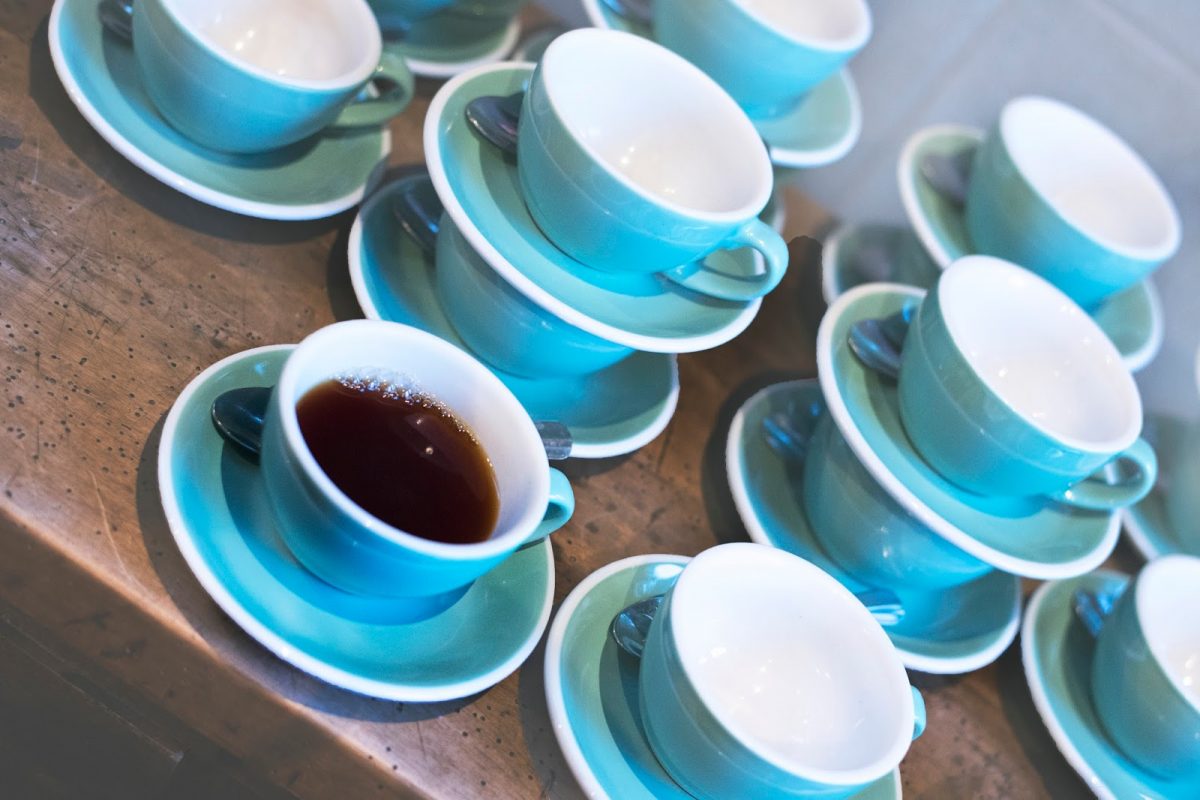 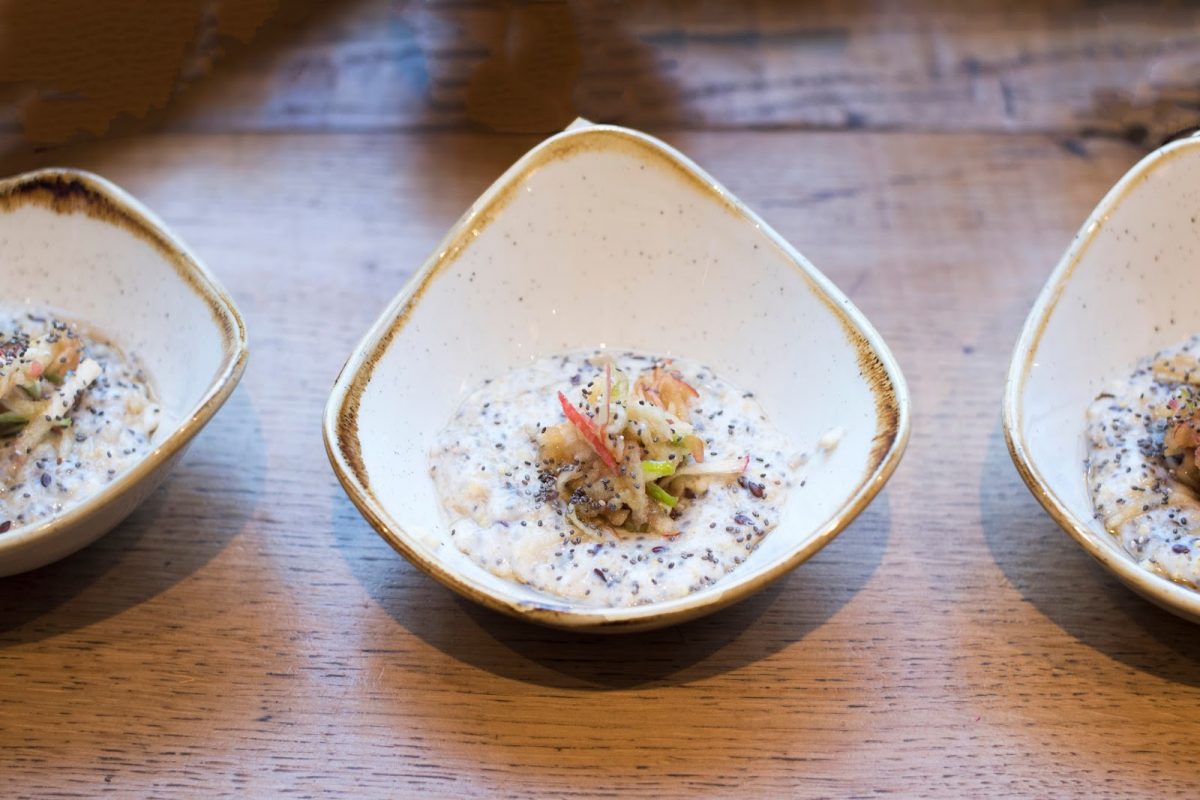 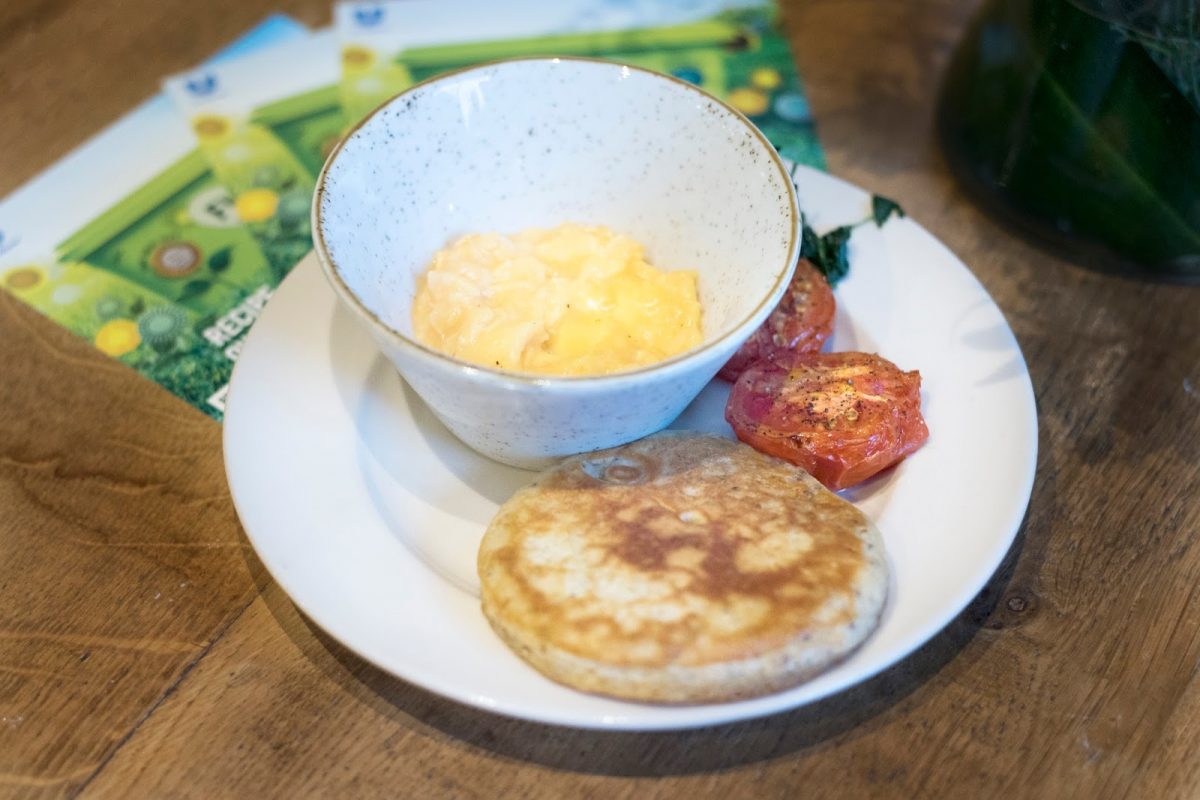 The presentation was engaging and full of very interesting information – backed with empirical evidence that I believed wholeheartedly, being witness to my own class some years ago struggling to be able to tell me what a pea seed looked like, what a courgette was and where fish fingers came from. 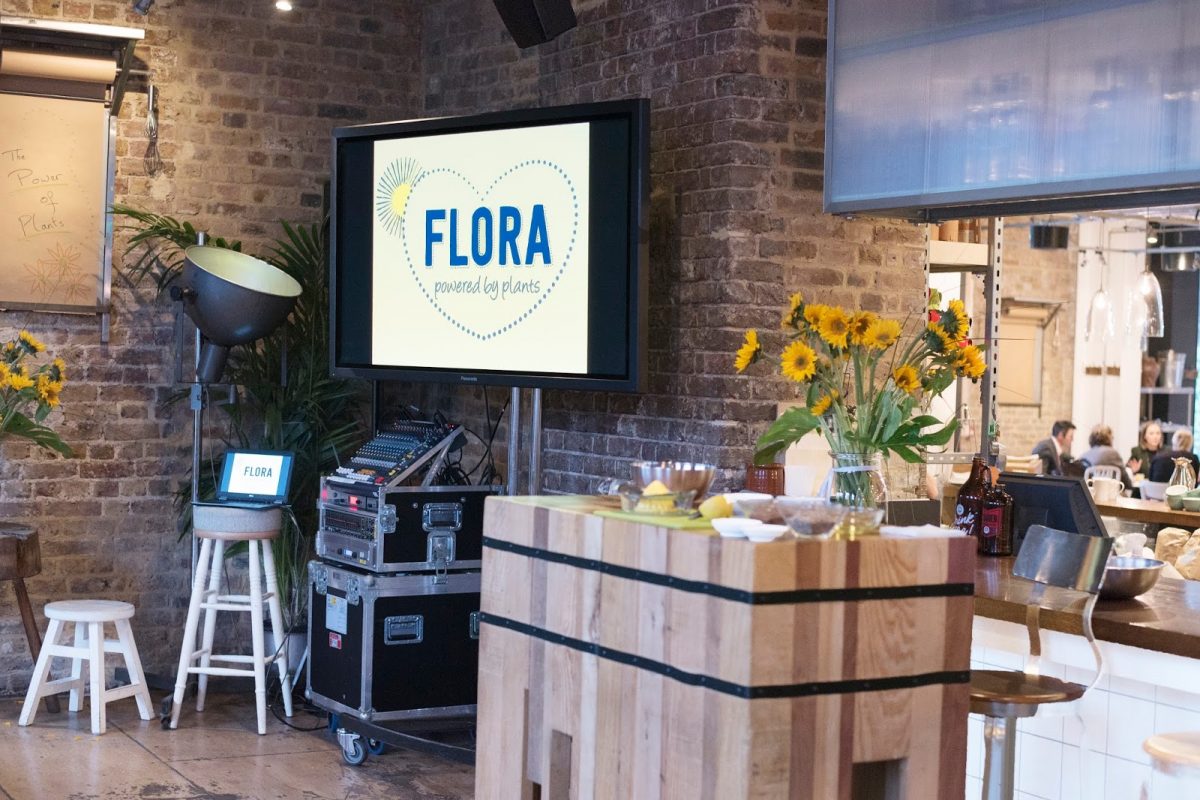 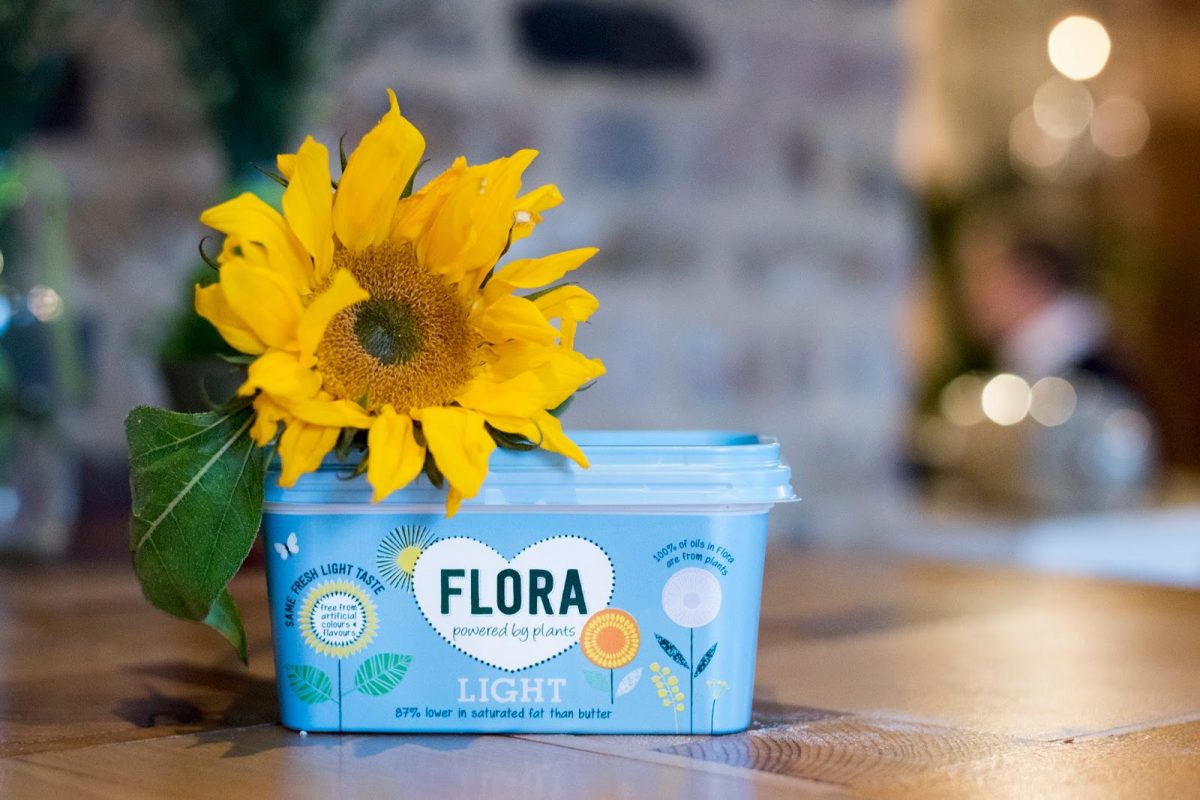 Children are quite disconnected from what’s on their dinner plate – probably because they don’t actually know what is on the menu – often because we’ve hidden it in some genius plan to infuse them with healthy foods, or because there’s just not much excitement in a plate of asparagus spears.
It’s tough.  My boys would readily reach for chicken – they think it makes them grow up big and strong and like a superhero.  So why not vegetables?  As Flora’s team pointed out, both the world’s strongest and oldest men were vegetarians…and so were many of the planet’s biggest, strongest creatures; dinosaurs. 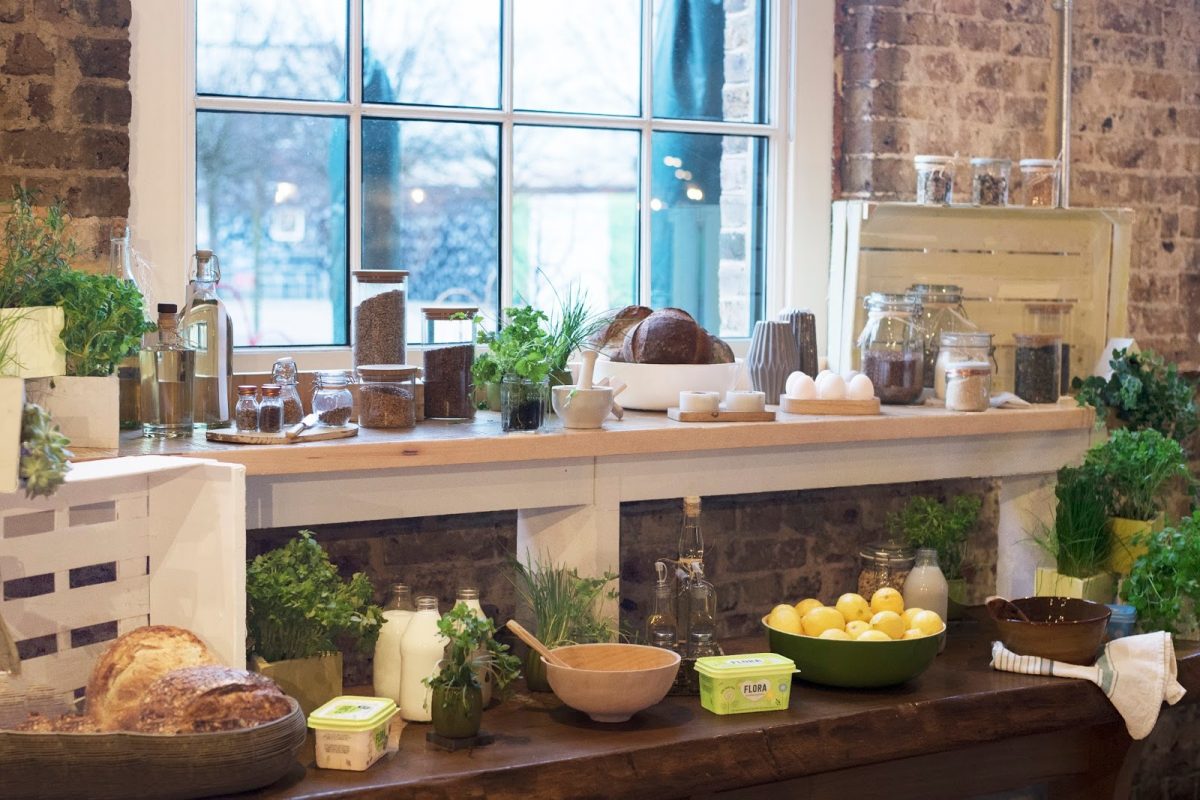 Now, I LOVE dinosaurs…and so do each one of my children.  Brilliantly, Flora have created a little friend, the Florasaurus, for their new advertising campaign.  With the release of their new animated commercial, they’re hoping [and so am I] that changing children’s perceptions of plant based food – currently that it’s something to be suffered and tolerated at mealtimes – and encouraging them to eat vegetables and plants ferociously like a dinosaur will enable parents to cease the daily struggle on the vegetable frontier.  Florasaurus will be touring the country for little ones to go and see, and have a go at fun activities with.
Along with this new campaign comes a dairy free spread, Flora Freedom, which is brilliant not only for vegans and those with dairy allergies, but also for moms who are breastfeeding a baby with a dairy intolerance. 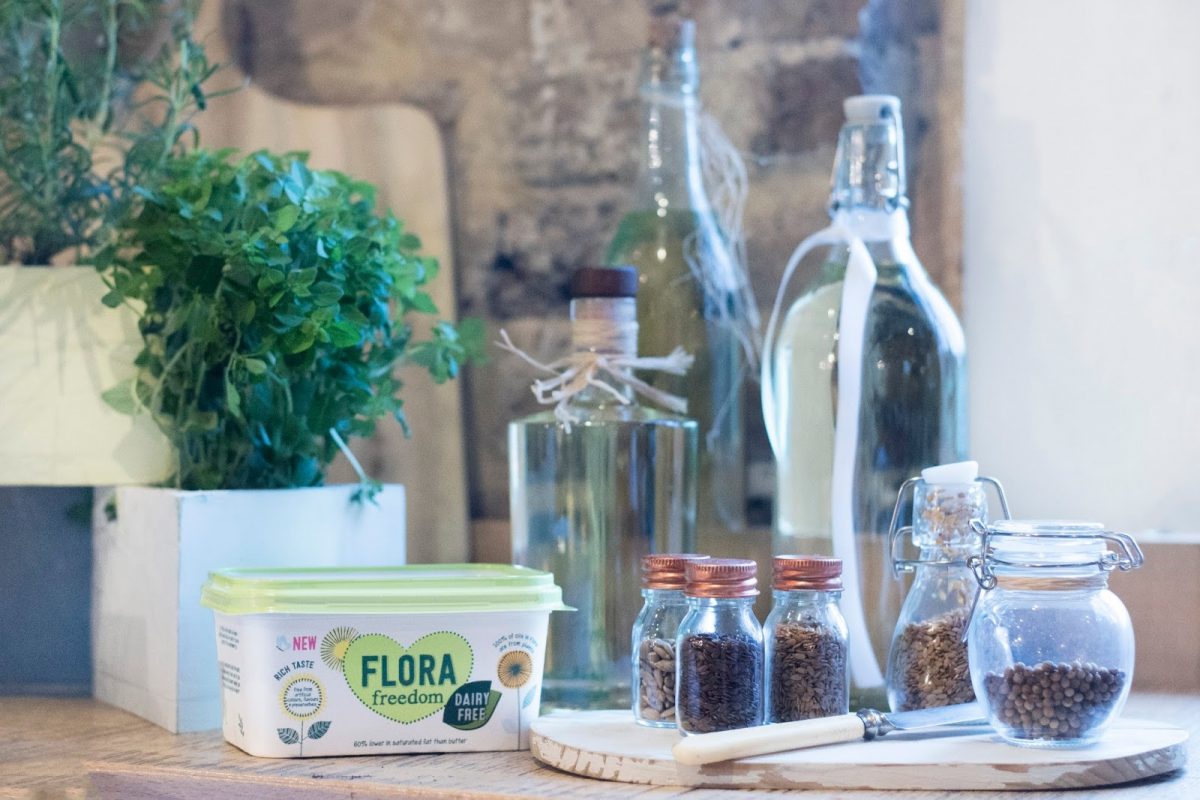 After a thorough and frank question and answer session, we were able to watch how Flora can be made – with no hidden ingredients – and then encouraged to try our hands [and biceps] at making our own.  After making butter at River Cottage last year, I decided I definitely had to try to see which one was easier on the arm-cramp.  Flora wins. 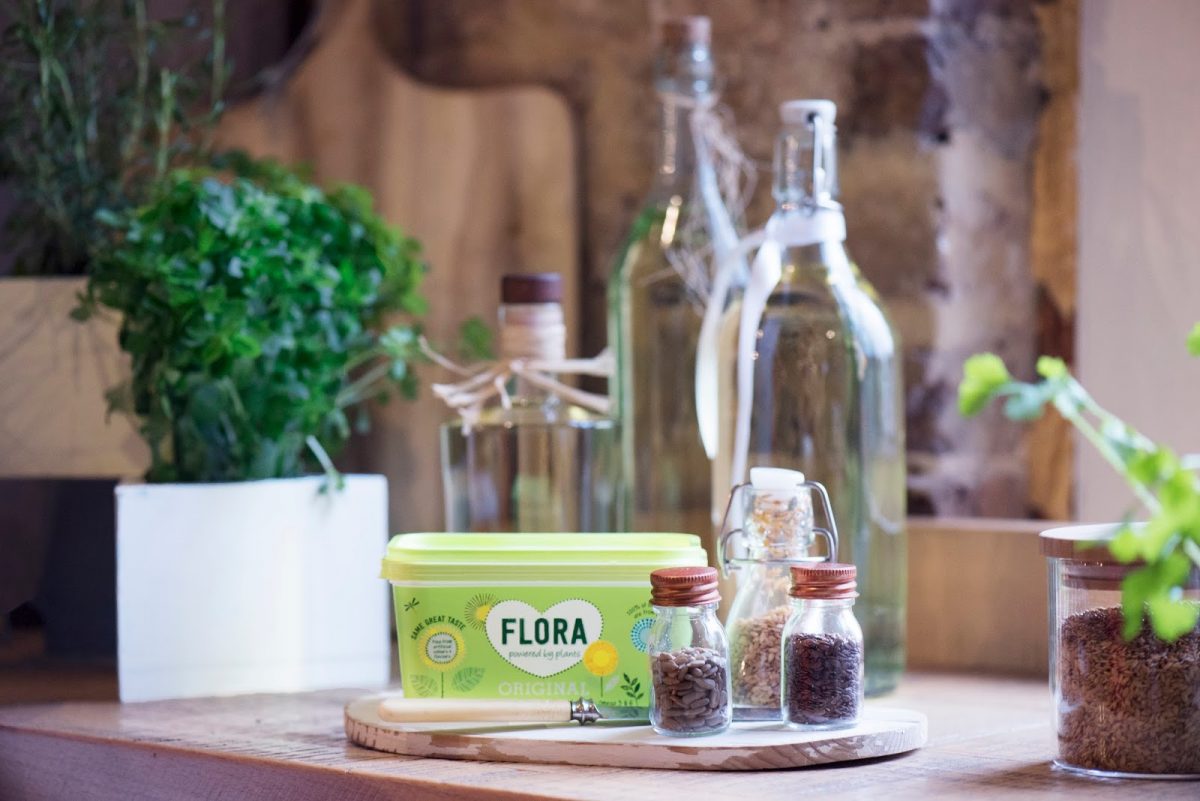 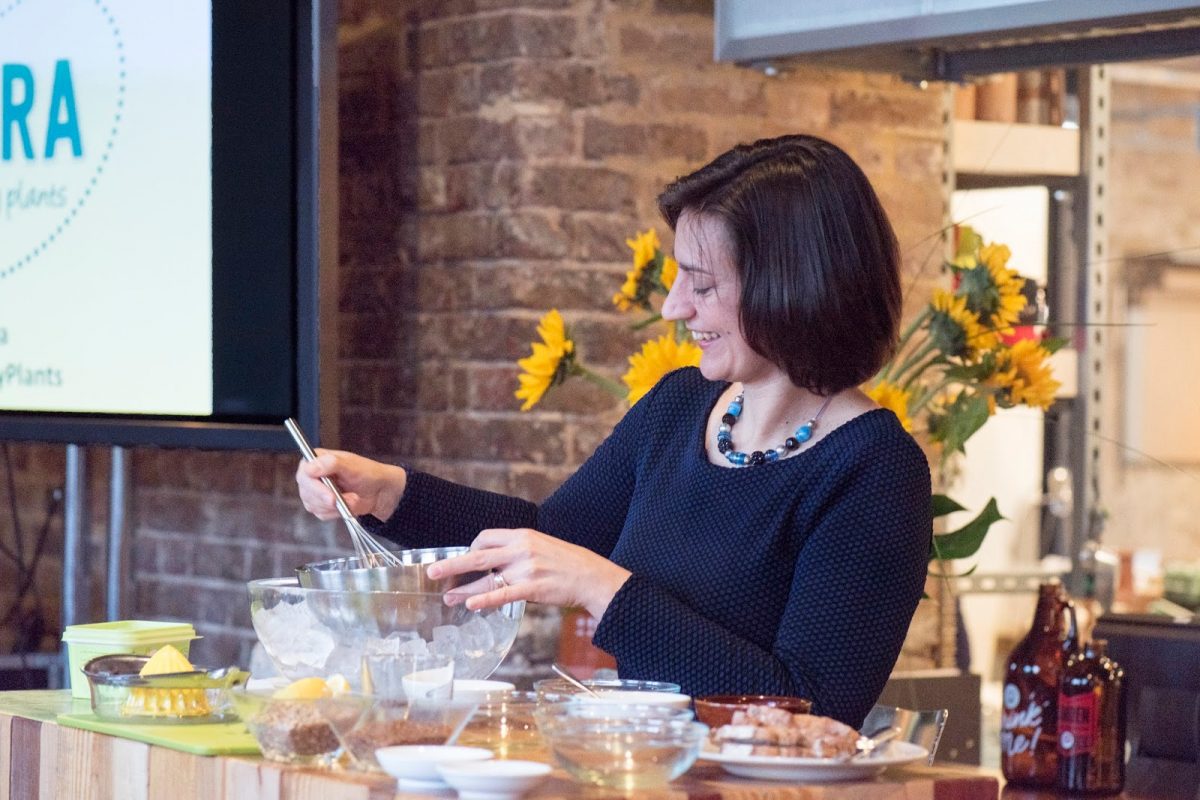 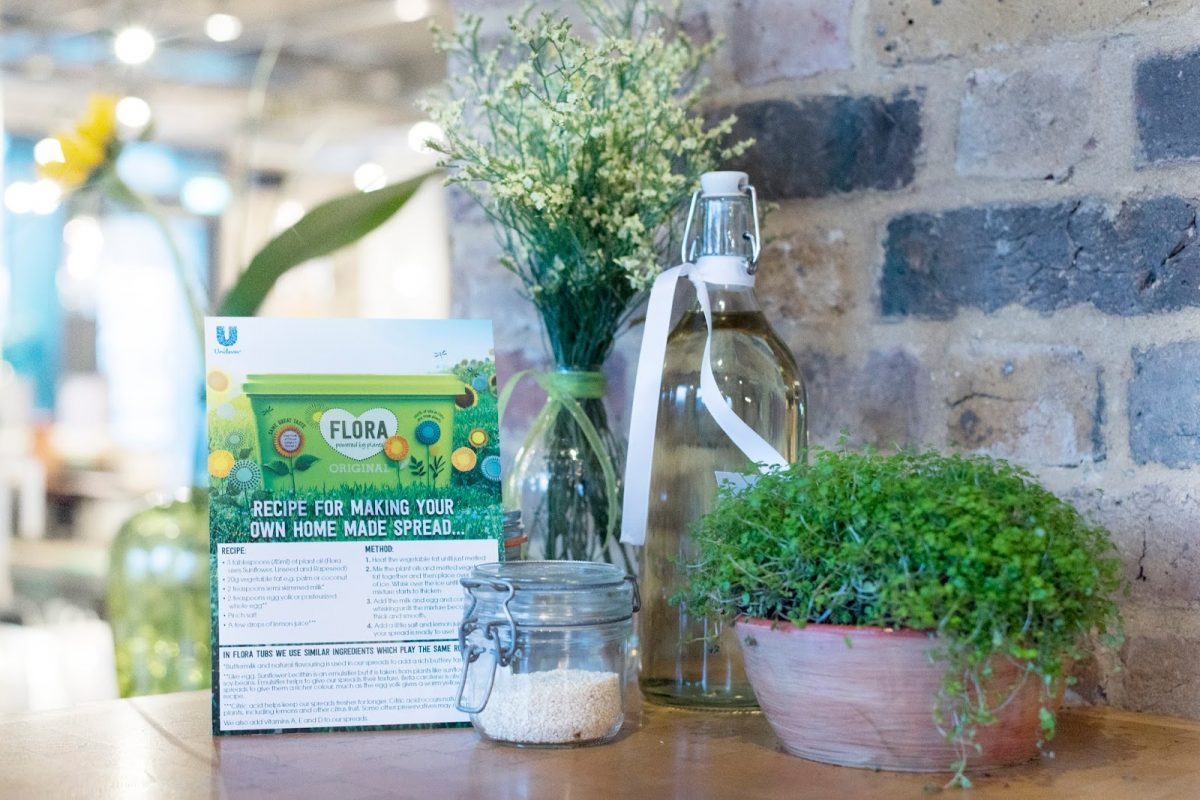 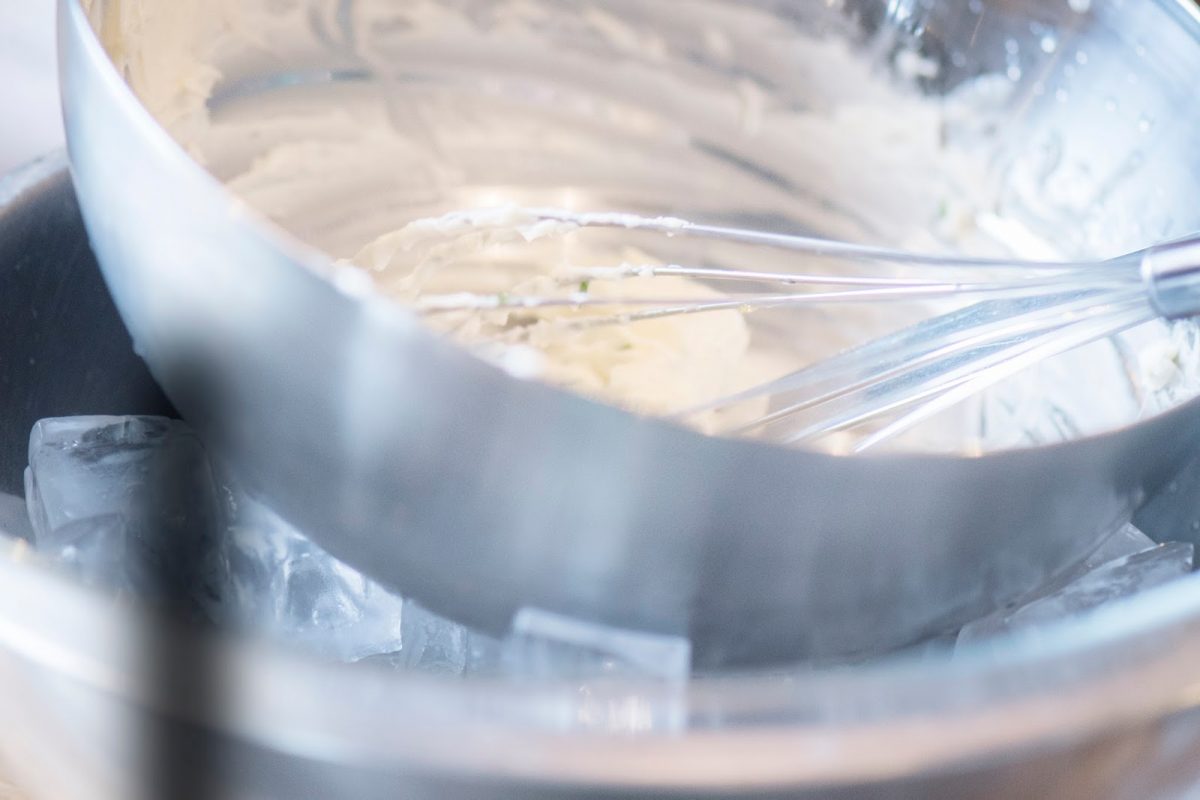 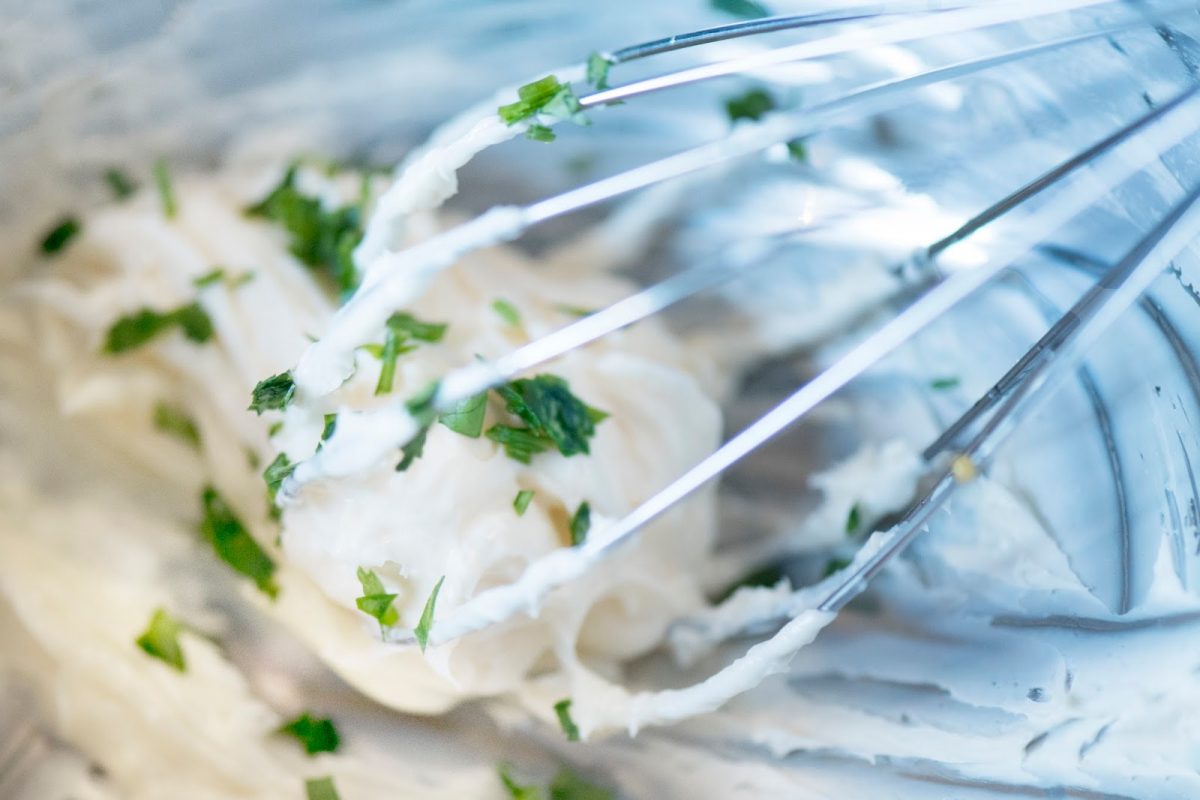 After a morning filled with fun, facts and fabulous food, we left armed with the new spread, some delicious oat biscuits for the return journey  – and a little sunflower growing kit to get us started at home.  Now to field the “what were the favourite foods of a [insert dinosaur here]?” questions! 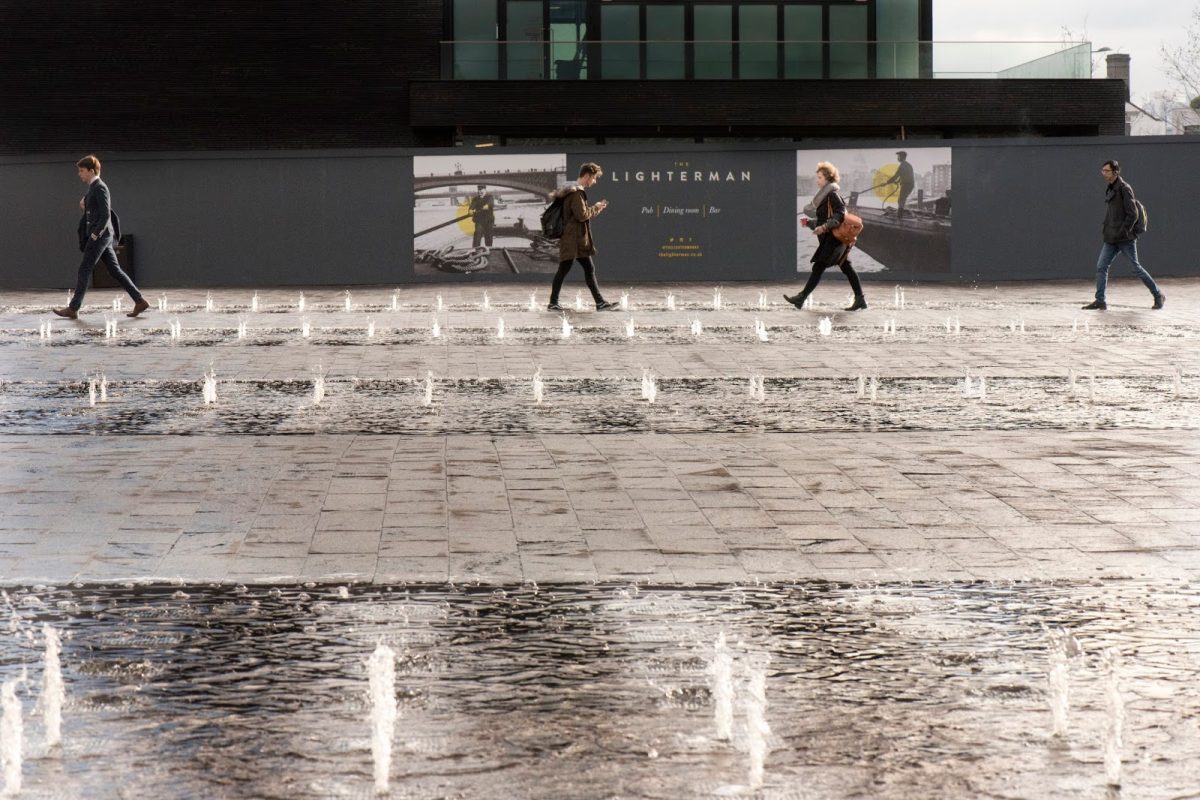