0shares
This term at school, Jensen’s topic is “Once Upon A Castle” – which is amazing for us as a family because this summer we spent time at one of the most beautiful we’ve been to, Bodiam Castle.  We were invited as ambassadors of Visit 1066 Country, and very excited to be exploring new territory!

Bodiam Castle is very different to Warwick Castle near where I grew up – and after we arrived on the steam railway and trekked along the road towards the entry to the castle grounds, we landed in the most delicious place – a tearoom!

The boys were ravenous after their exciting morning onboard the train, and we decided on a sunny spot to eat our lunches – the mister had a burger and the boys chose packed lunches, which included a packet of seeds to grow!  I ordered a cream tea, which the wasps seemed to think was theirs as we sat surrounded by buzzing friends, keen to get a sugar rush from the raspberry conserve. 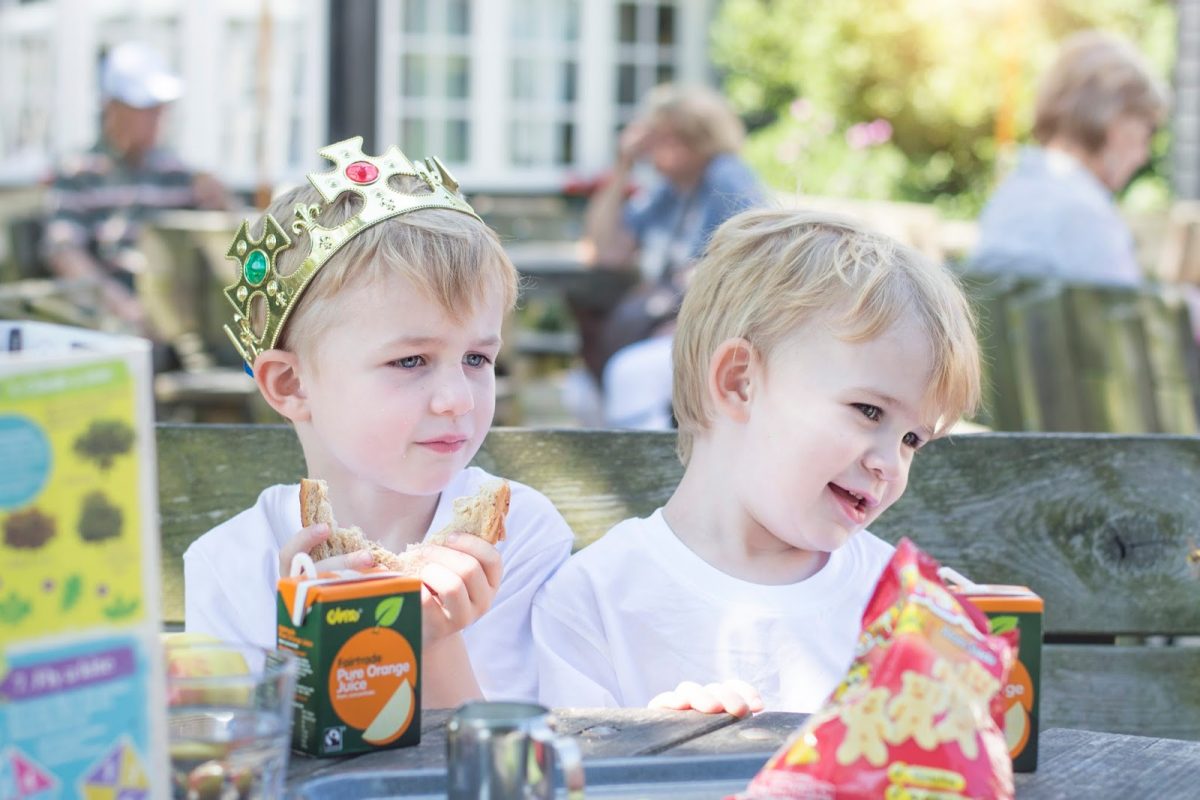 Bodiam Castle has a moat – like a real fairytale scene, it was scattered with wildflowers and butterflies, and we gazed into the water, watching the silvery fish flit and flap around after crumbs sprinkled into the water by guests.  The boys were completely mesmerised as we wandered to the gatehouse and were presented with a special coin for entrance to the castle at the peak of the hill.
Jensen was greeted as “Sire” by each castle member that we encountered, as he wore his crown with great pride [which he insisted on wearing from the Jubilee celebrations] and was deeply impressed as he said they must recognise him. 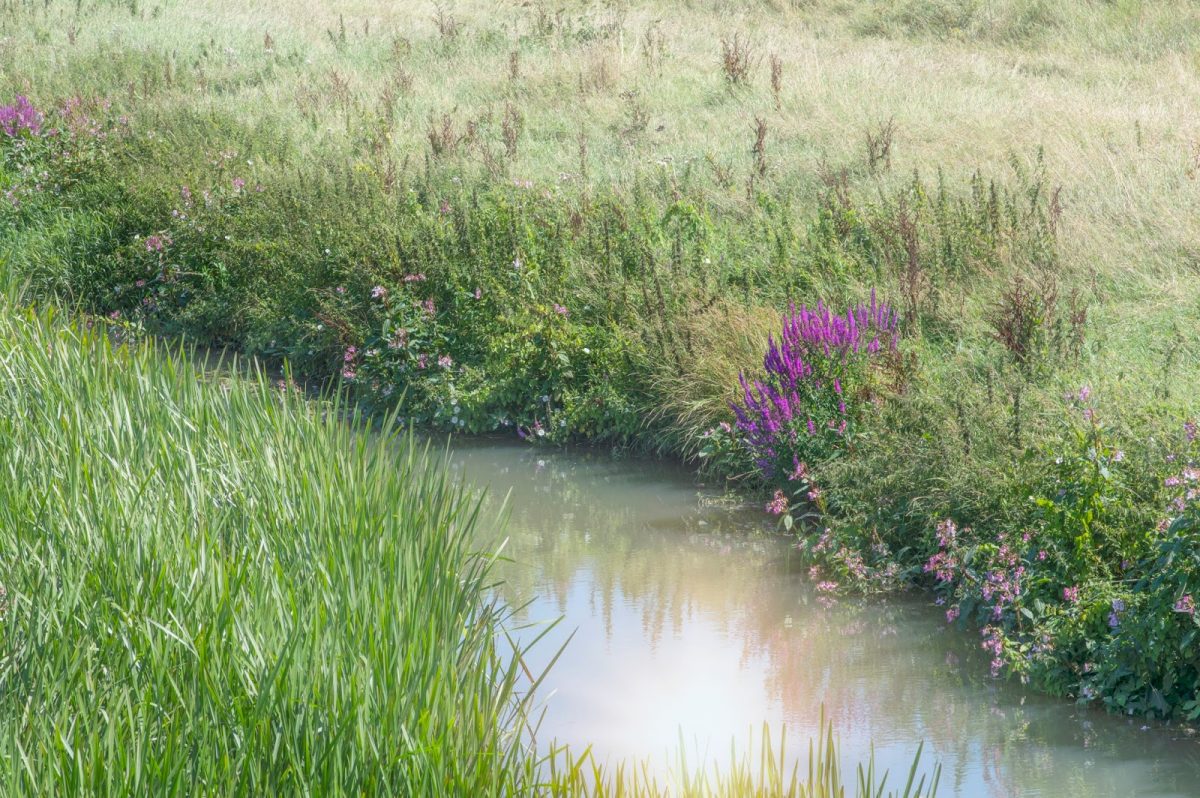 In hindsight I really should have taken the pushchair but we were worried about fitting it onto the steam train, and so Baby Hero was carried in regal style around the castle grounds, and perched with a juicy apple and National Trust emblem sugar cookie whilst the boys ate lunch. 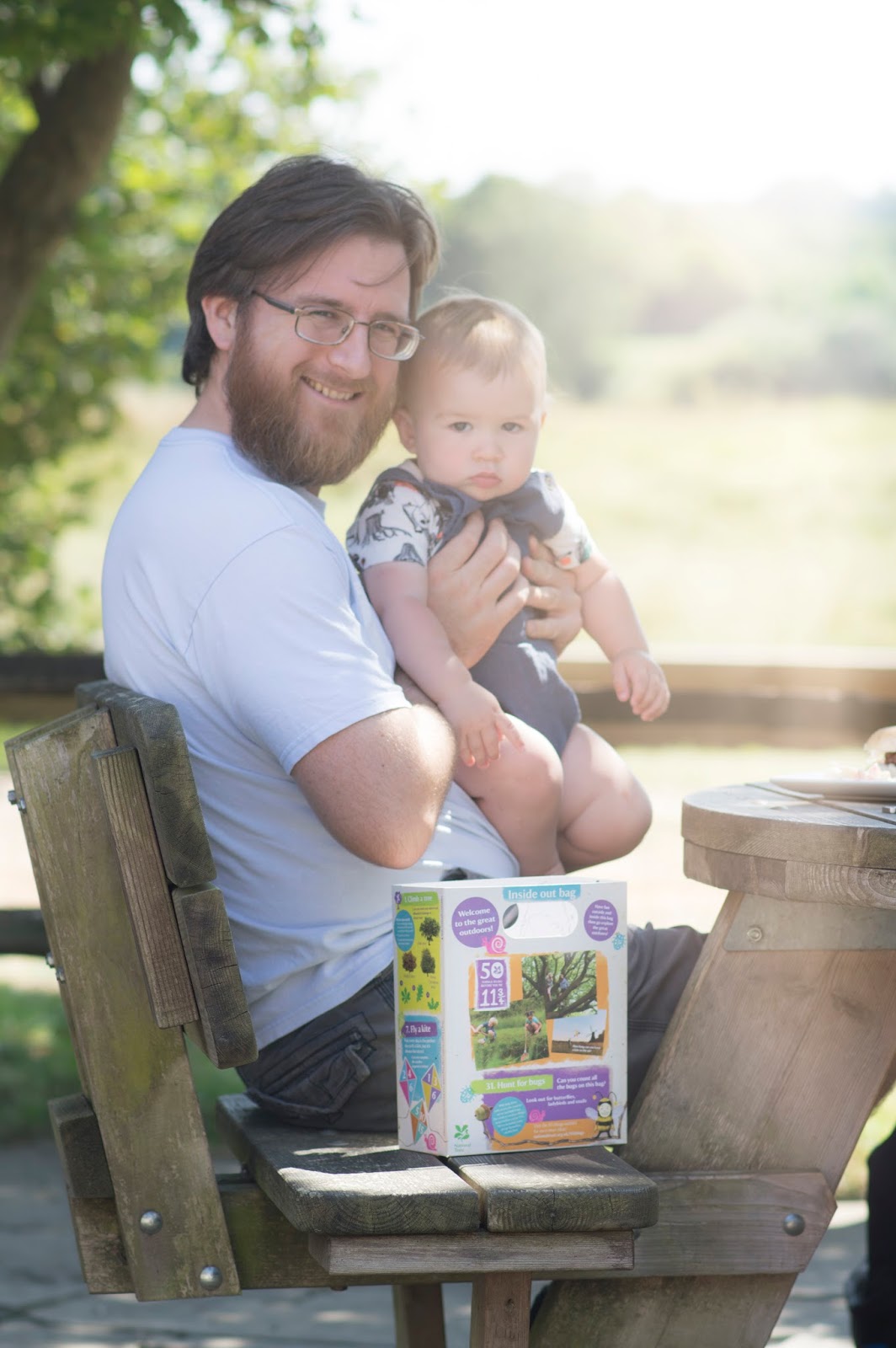 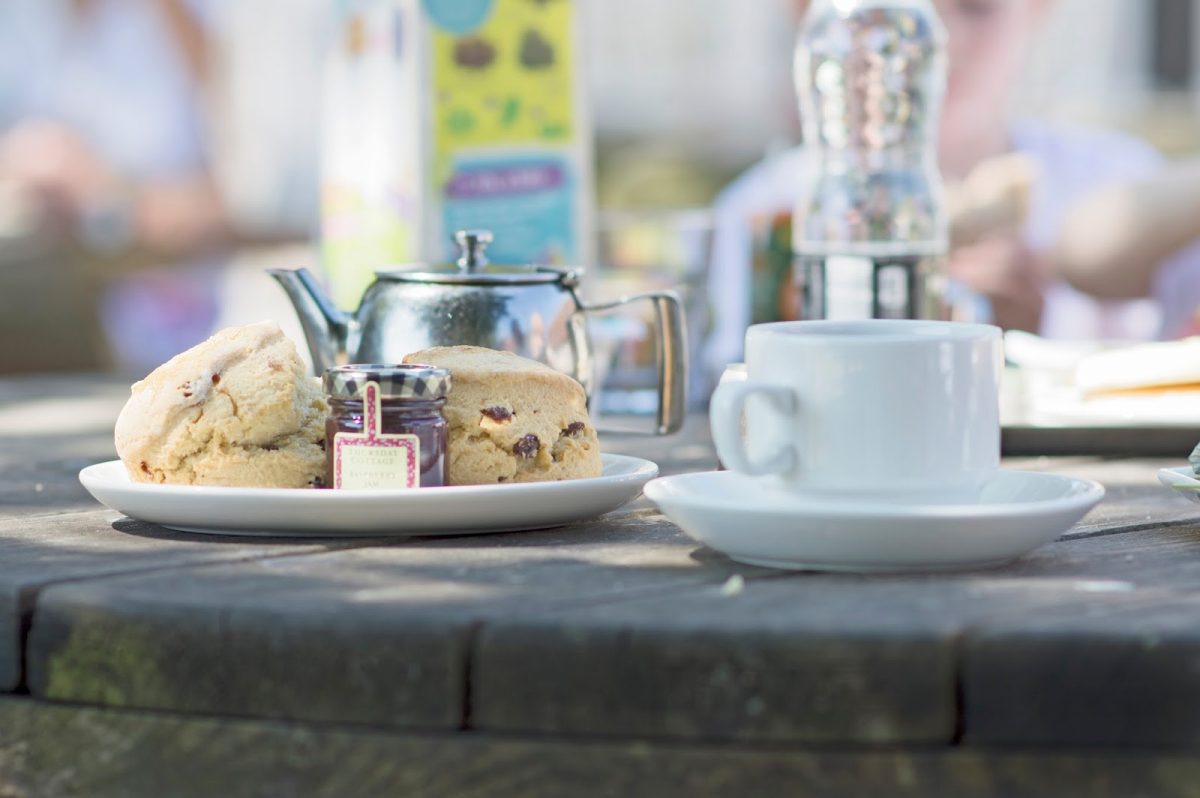 With full tummies, we trekked our way up the path to the castle.  The boys ran ahead to see if there was a moat like they imagined, right around the castle – and there was.  It was glorious, and the castle spectacular.

We explored the castle grounds, inside and out and in every nook we could discover.  There were steps and stairs, battlements and balconies – and the boys loved the freedom to explore in a courtyard that was perfectly sized for family outings with little ones. 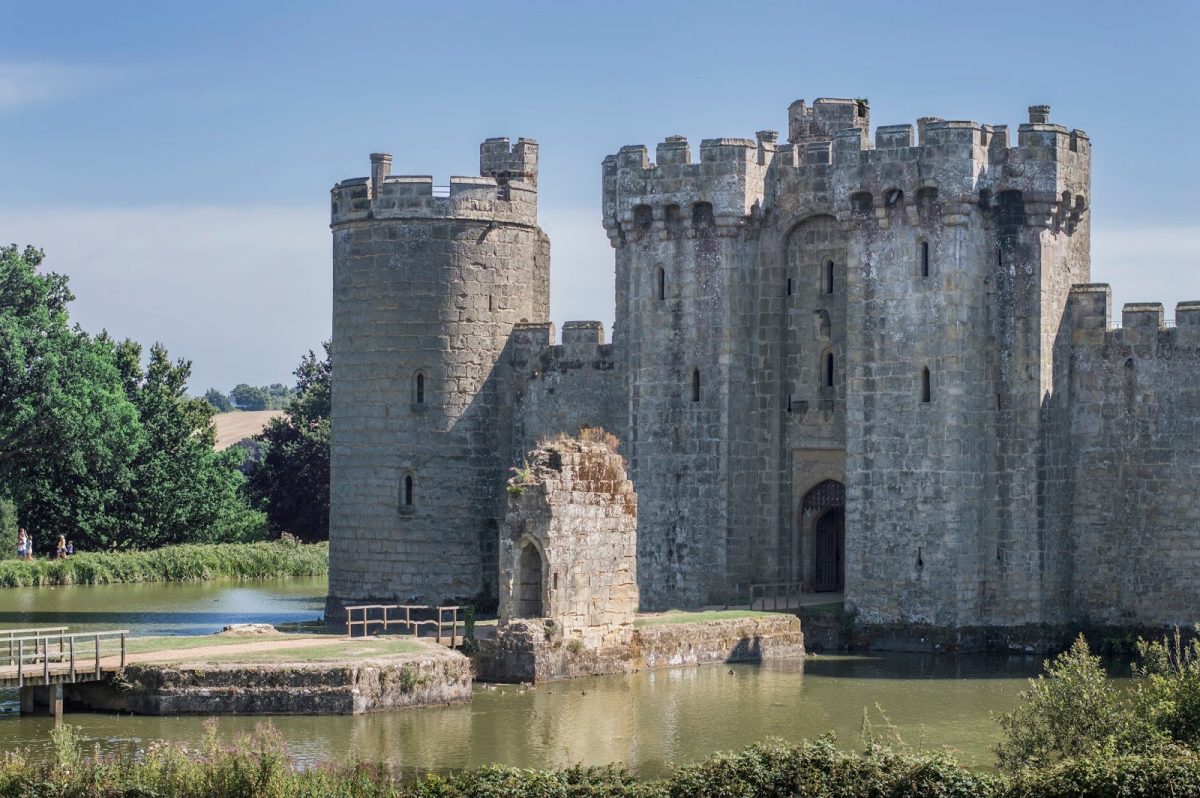 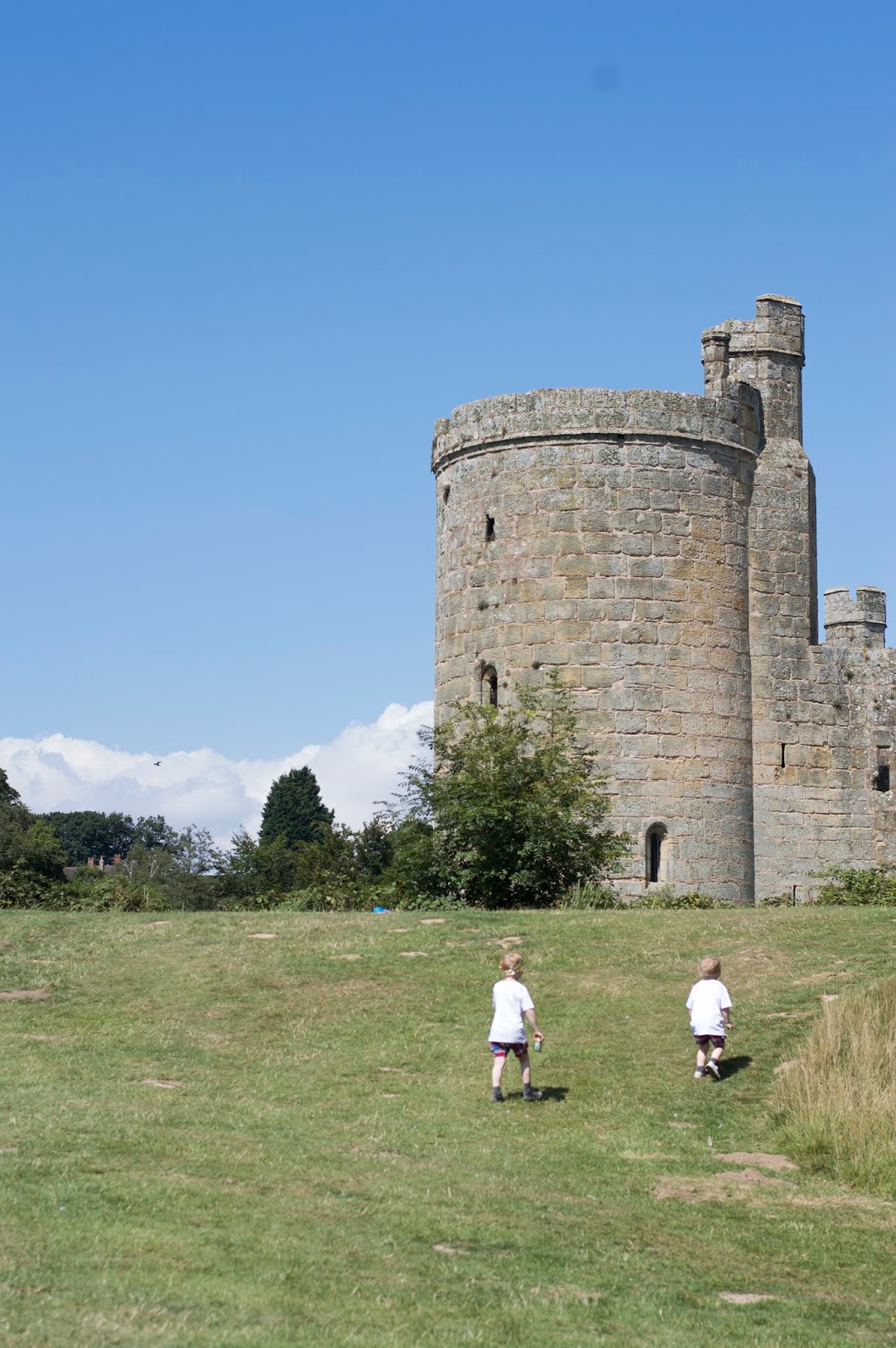 Naturally there’a always someone who wants to break the rules – a troublemaker who wants to climb the walls – and although it made for the sweetest photograph, I did get him down straight afterwards and remind him that moutaineering is not a good idea in castles. 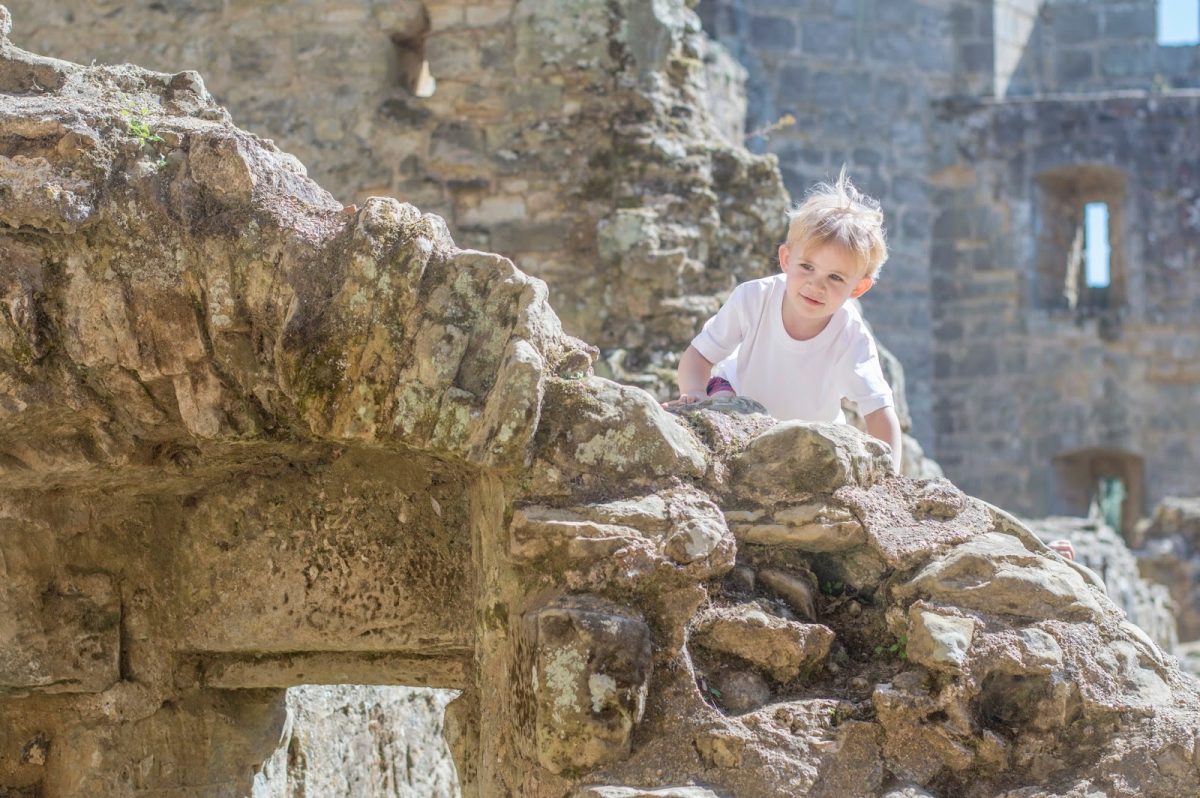 My three kings of the castle posed very obligingly for me.  A member of the castle staff told us that the Queen’s chair will be placed there too soon! 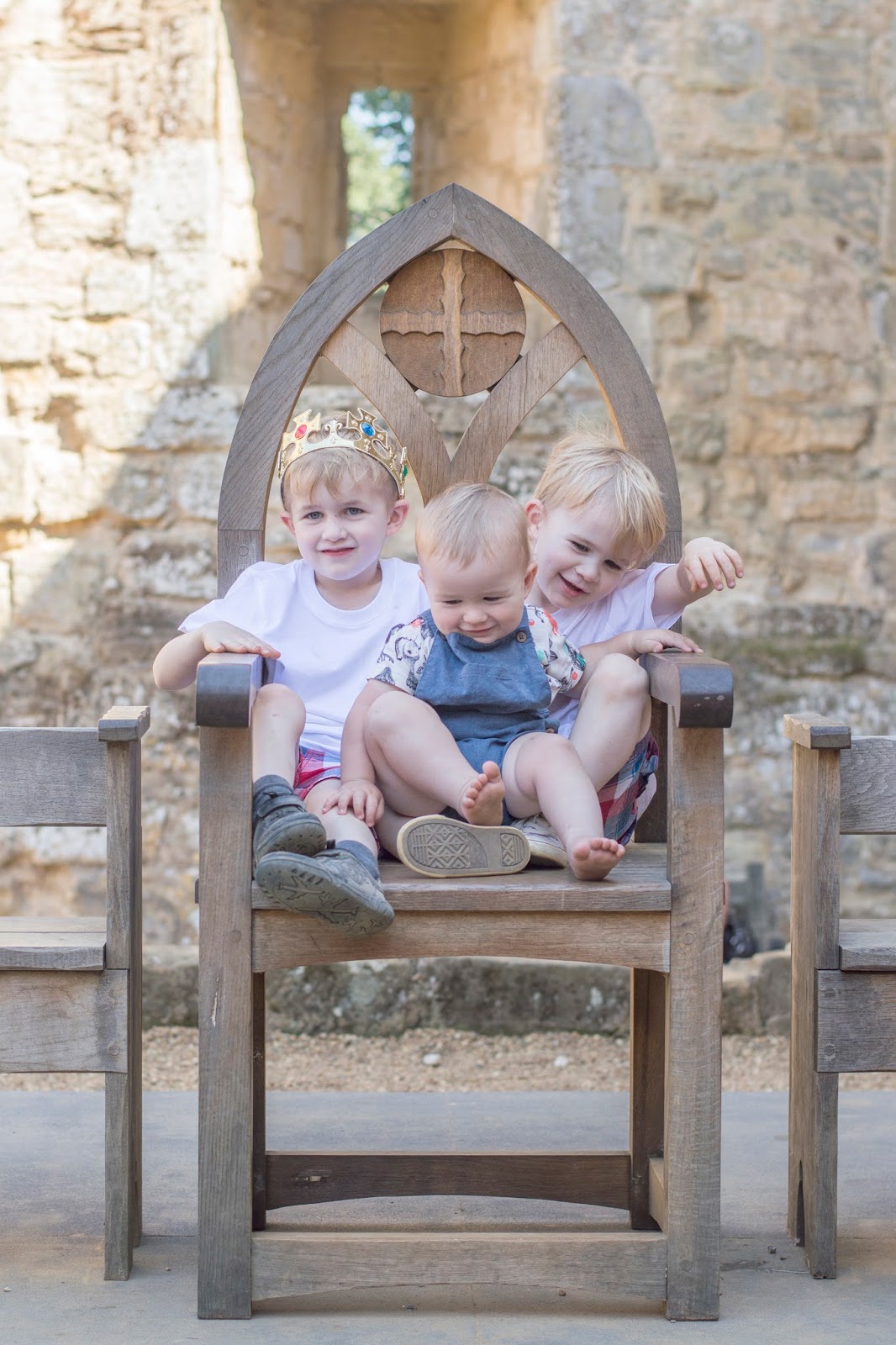 Seeing the stocks inside the courtyard bought back memories of my own childhood – I don’t think there’s anyone who doesn’t want to try them at least once!  These ones only had leg holes unlike the normal stocks we were used to posing in. 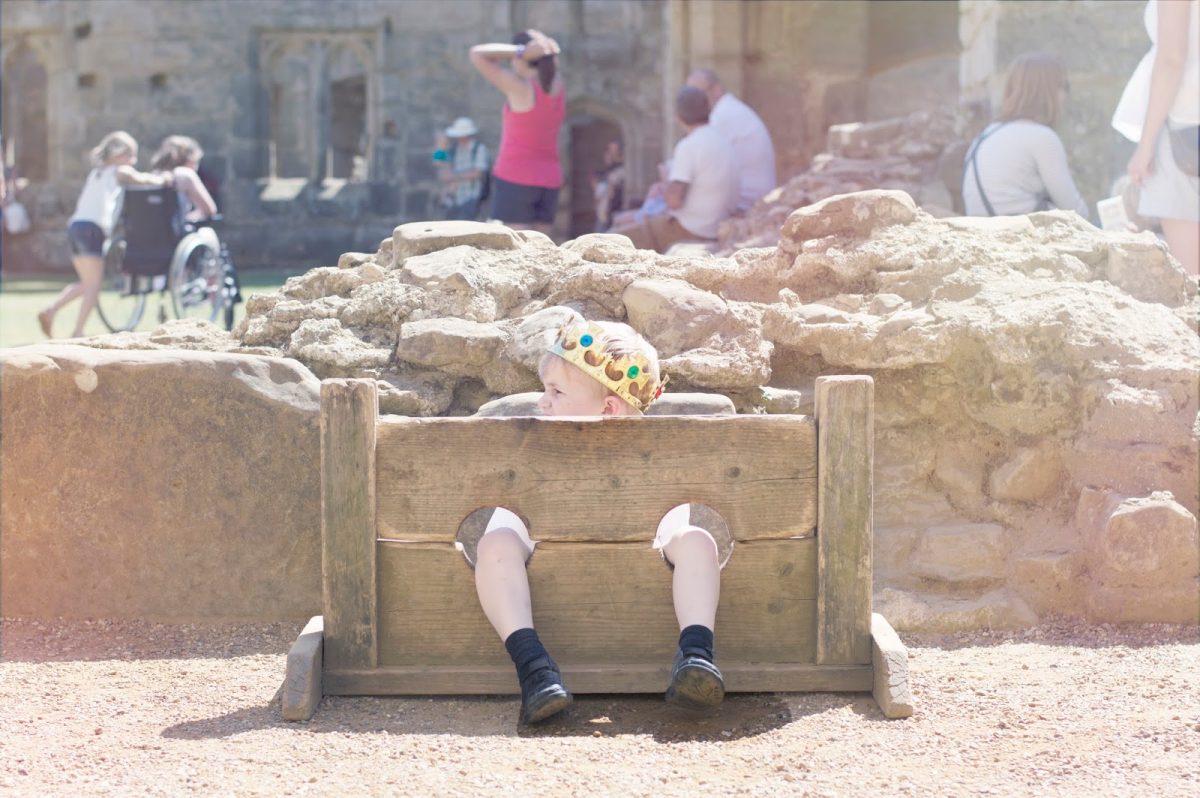 We decided to rescue Jensen after all. 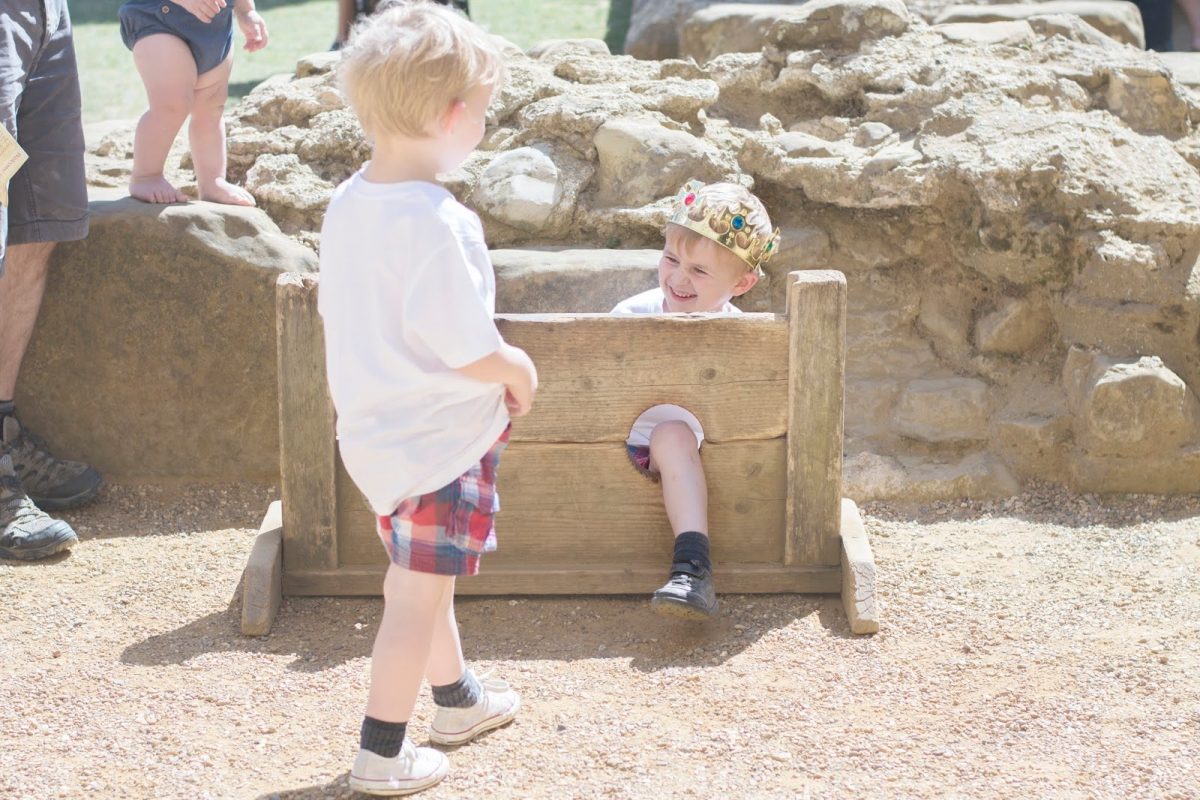 After the stocks we made our way through the other ground floor rooms – until Lyoto came upon the cooker, and wondered if there was anything still cooking in there.  Apparently they ate hedgehogs according to him. 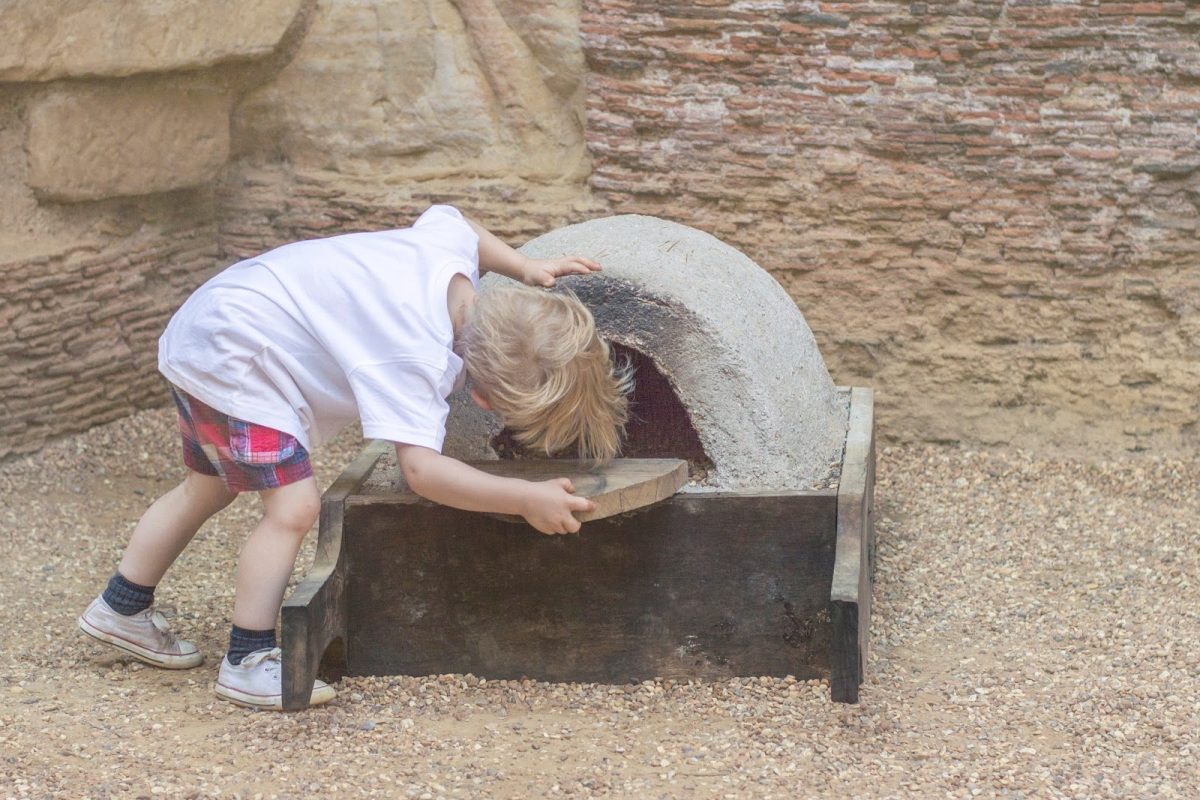 I’m more than happy to stay on the floor of any castle that we visit but naturally the boys want to be as high as they possibly can – and so up the twisty, dark staircases we clambered; and whilst I was busy panicking about being up so high – although Bodiam Castle is without a doubt one of the safest castles we have ever visited – Jensen and Lyoto were completely amazed to discover murder holes in the castle.
Whilst this was their favourite feature, I fell quite in love with the well at the castle.  It felt like a spa during the scorching Summer sun and so still and calm. 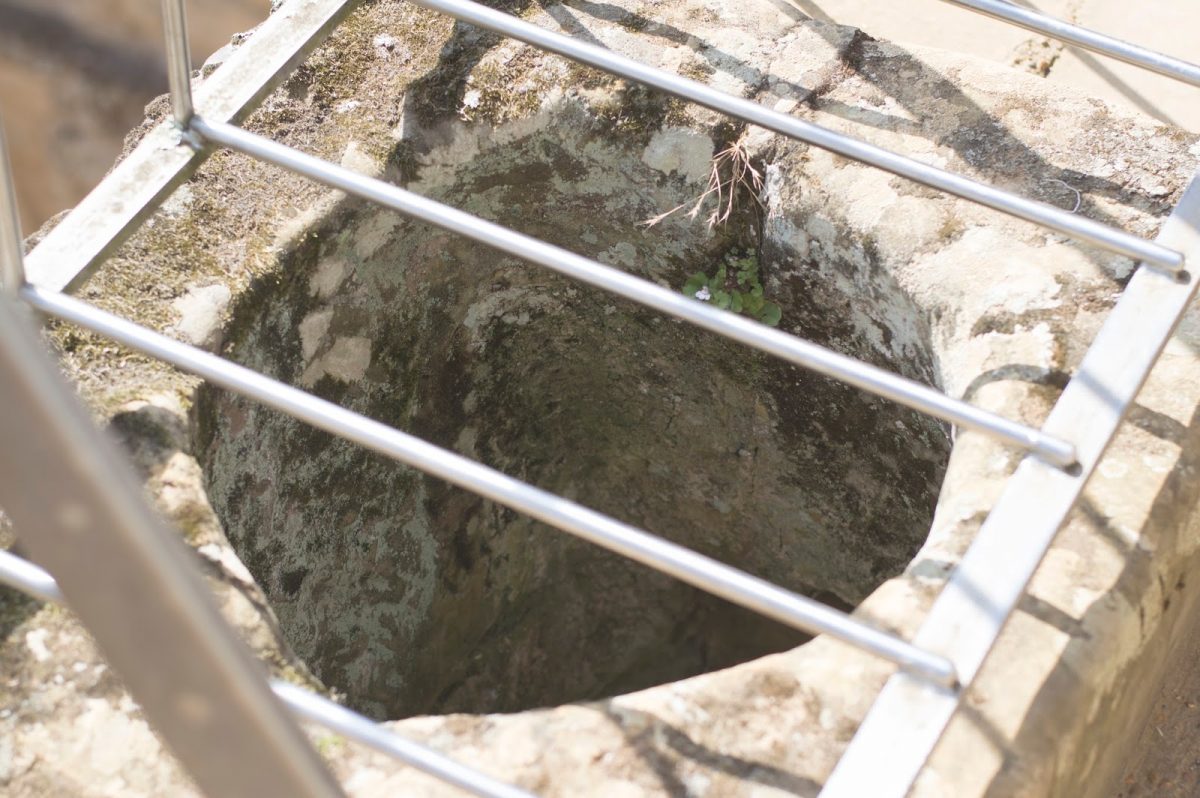 After the murder holes, tucked away in the bedrooms of the castle, we found another type of hole.  Baby Hero thought it was so funny that we were laughing at him perched on his own throne, enjoying a read. 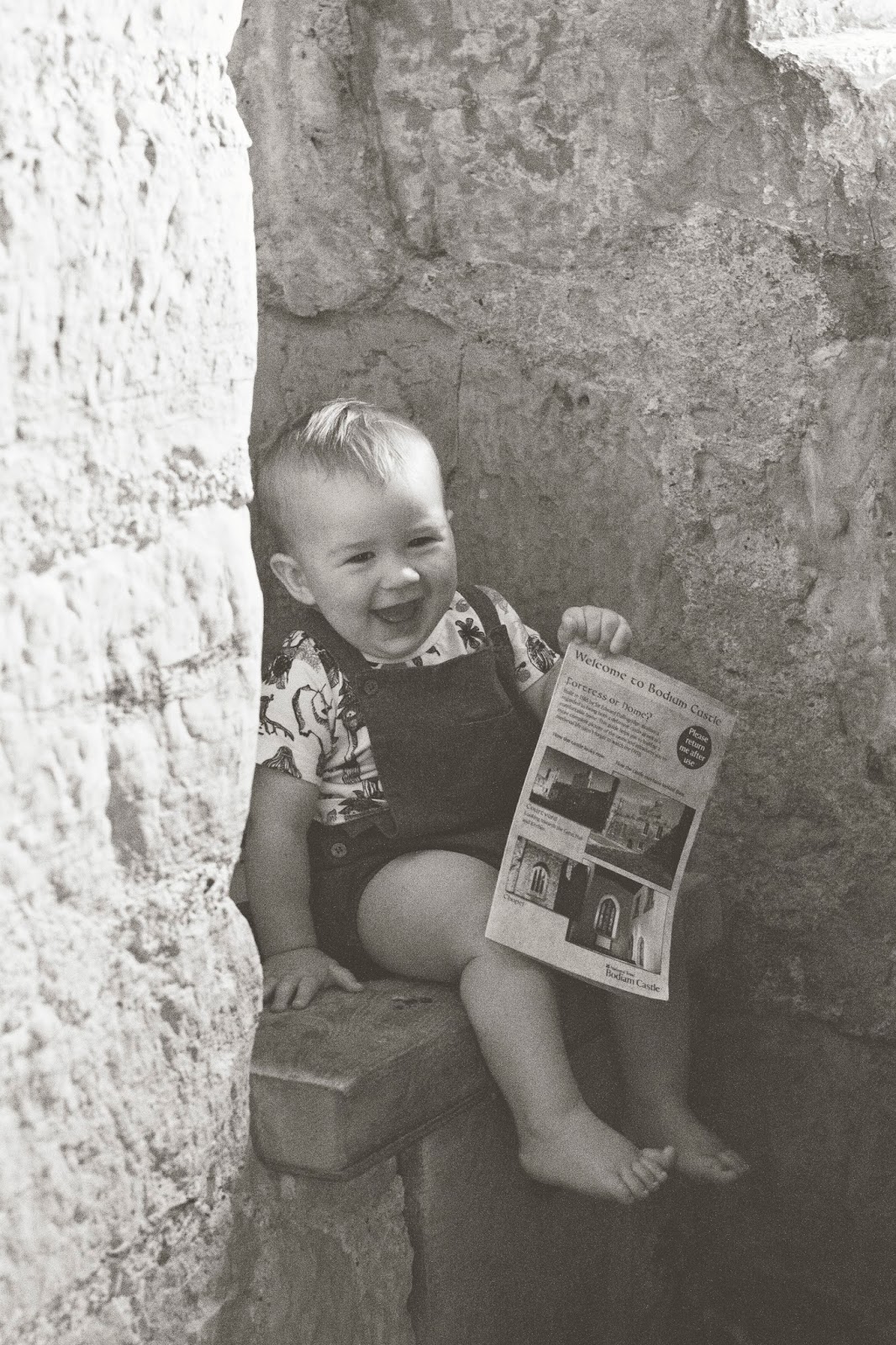 Please excuse the quality of the photograph – this is my case in point for a better camera body :/ Anything over ISO400 and my camera doesn’t like it. 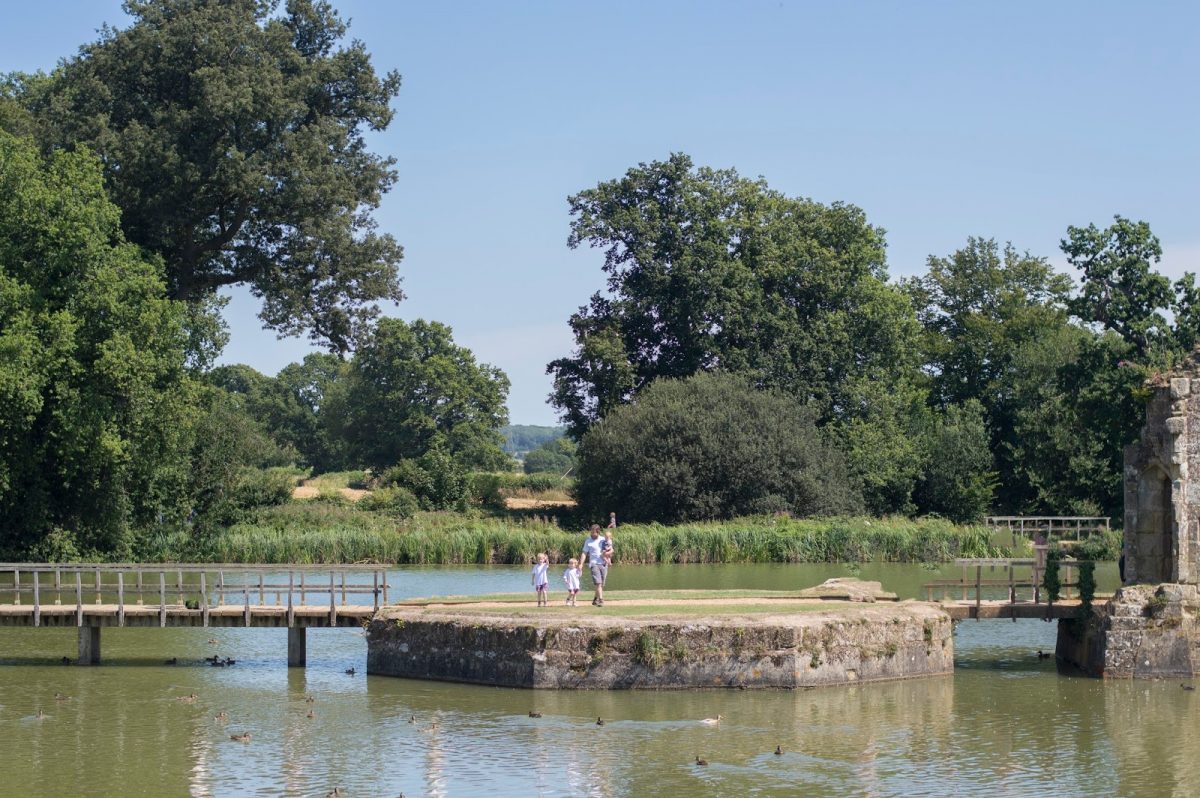 We took a little rest stop outside the castle walls to feast on ice creams and enjoy the view.  Lyoto was lost in his own little world, watching the people come and go and laughing at the cheeky ducks ambling across the lawn. 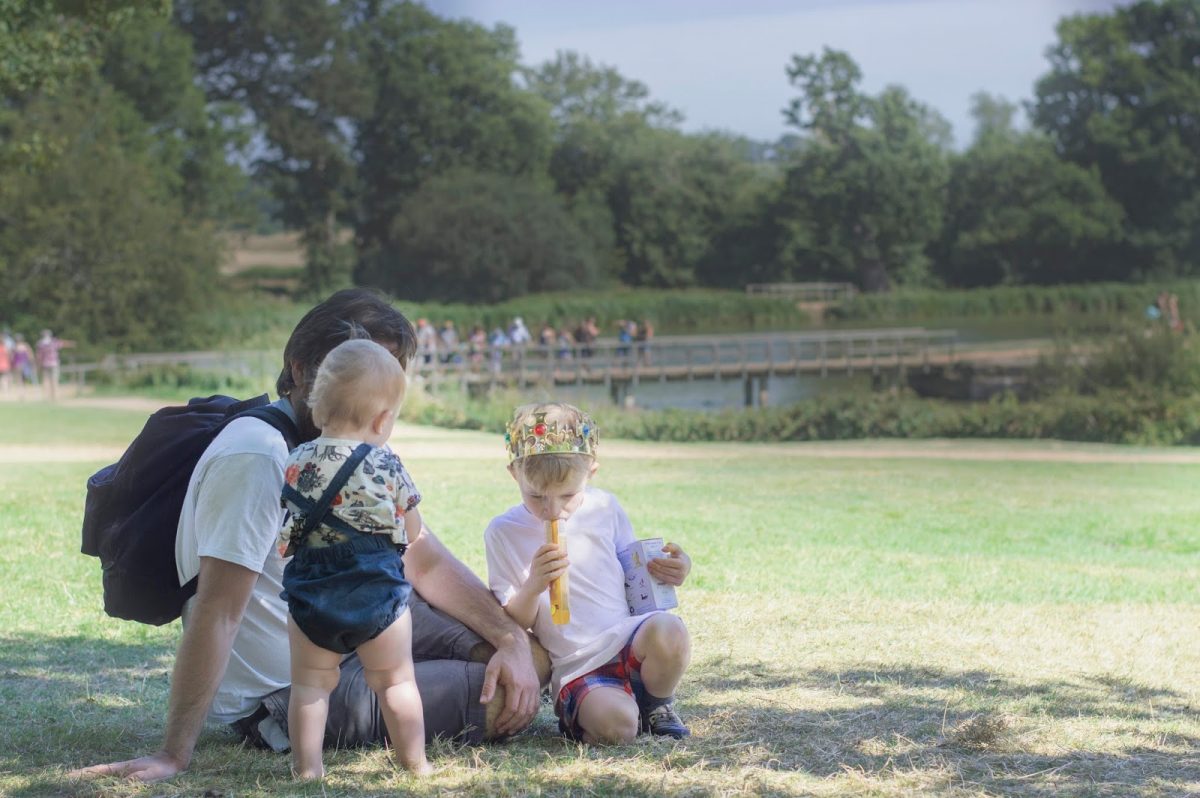 Inside the grounds of the castle but outside the building itself were small wooden tents, which whilst selling wares made me feel as though I was back in the days of days of Robin Hood.  I restrained myself from shouting “OO-de-lally”, as much as I wanted to – and if you’ve never seen Disney’s Robin Hood then you have no idea why I’d want to do that anyway.
The boys were enthralled by the coin striking and enchanted with the notion of making their very own money, and so they both took  a turn and came away with shiny coins in their palms [after scaring the kindly stall owner with their varying abilities to wield a large, heavy hammer near his fingers]. 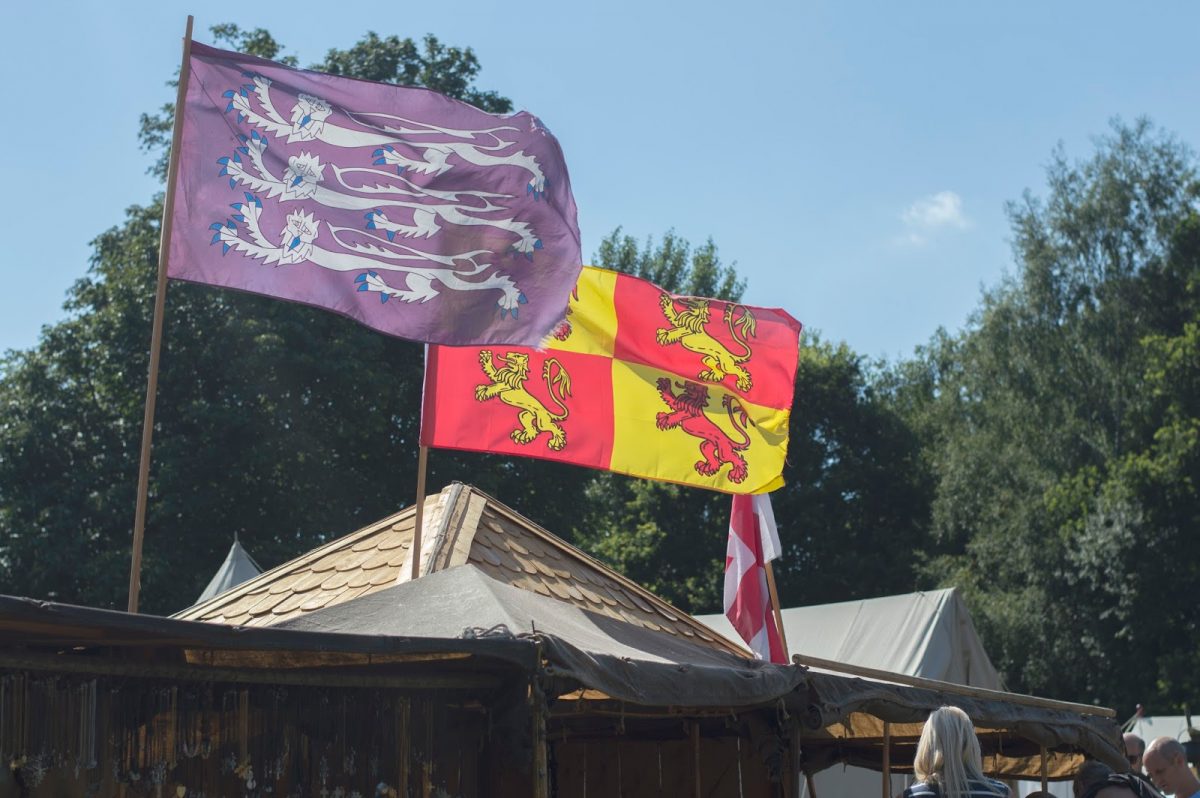 Coins stowed safely in pockets, we wandered back down through the castle grounds to catch the last riverboat home.  Our afternoon was definitely not long enough to explore and enjoy the castle – and so we’ll be back, Bodiam Castle – with a big picnic and a whole day to spend!