SUBSCRIBE TO OUR NEWSLETTER FOR SIX SECRETS TO AN EGG-CEPTIONALLY FUN EASTERTIME AT HOME!
You are here: Home / GAMES AND TOYS / DANCE, BABY, DANCE: FISHER PRICE DANCE AND MOVE BEATBO 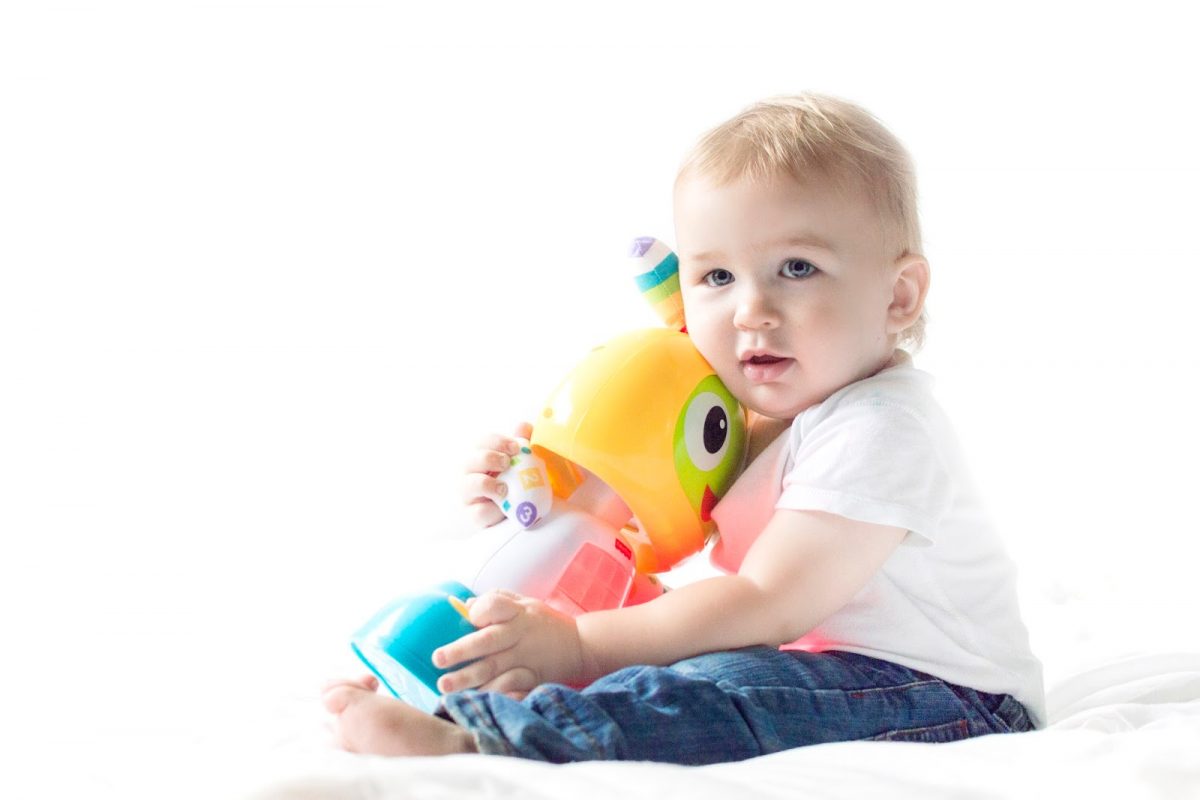 Animatronic toys can be so hit and miss.  Sometimes my boys are mesmerised – and others they’re terrified.  Baby Hero is at the stage where he is fearless.  He loves noise, big movements and everything about the world that makes his eyes widen with wonder.

Dance and Move Fisher-Price BeatBo arrived on our doorstep from Fisher Price and as I explained to Jensen and Lyoto that this was a baby toy for Hero to try, they all seemed to fall in love with the little robot, and sat very still waiting for him to be unpacked.  I’m kidding. Seriously, there must be children who don’t leap around like monkeys waiting to see the unveiling of a new toy, but mine are not those boys.  They were doing the hot potato dance and watching every piece of cardboard that was removed from the box, in case it had a toy attached to it.

Baby Hero seems to have reached his one year milestone and decided it was time to establish himself in the Jones household.  Part of me is quite sure that he’s realised just how cherished he is by his big brothers and is taking advantage of their kind natures.  He seemed to realise quite swiftly that this toy was meant for him instead of one he was playing in the background of, and was revelling in the limelight!

I was overjoyed that BeatBo comes with batteries!  I love this about Fisher Price because it’s so frustrating to get home with a toy that’s cost quite a lot of money to find you can’t actually use it until you invest another few pounds at the garage getting some batteries – or worse still, that there’s nowhere open [Christmas Day] to get any batteries from.

So, ready to go BeatBo did his thing, which is very impressive. He’s beautifully decorated in numbers and rainbow stripes in gentle hues so that it’s not in-your-face-prime-colour-tastic, or cheap looking.  The light up belly panel was stared at intently and poked at by Hero, waiting to see what happened  – and as it lit up in rainbow-opal coloured lights, he did a little dance with the boys.
There are three modes: dance ‘n’ move, learning and games and singalong which can be activated by the big buttons on his shoes and his tummy panel.  I think my boys love the singalong mode the most as they record various new songs they think BeatBo will love to remix for them.  It’s like a disco in the living room!  BeatBo wiggles and dances around with them, flashing his lights as he goes.  It’s impossible not to want to join in with the dance party! 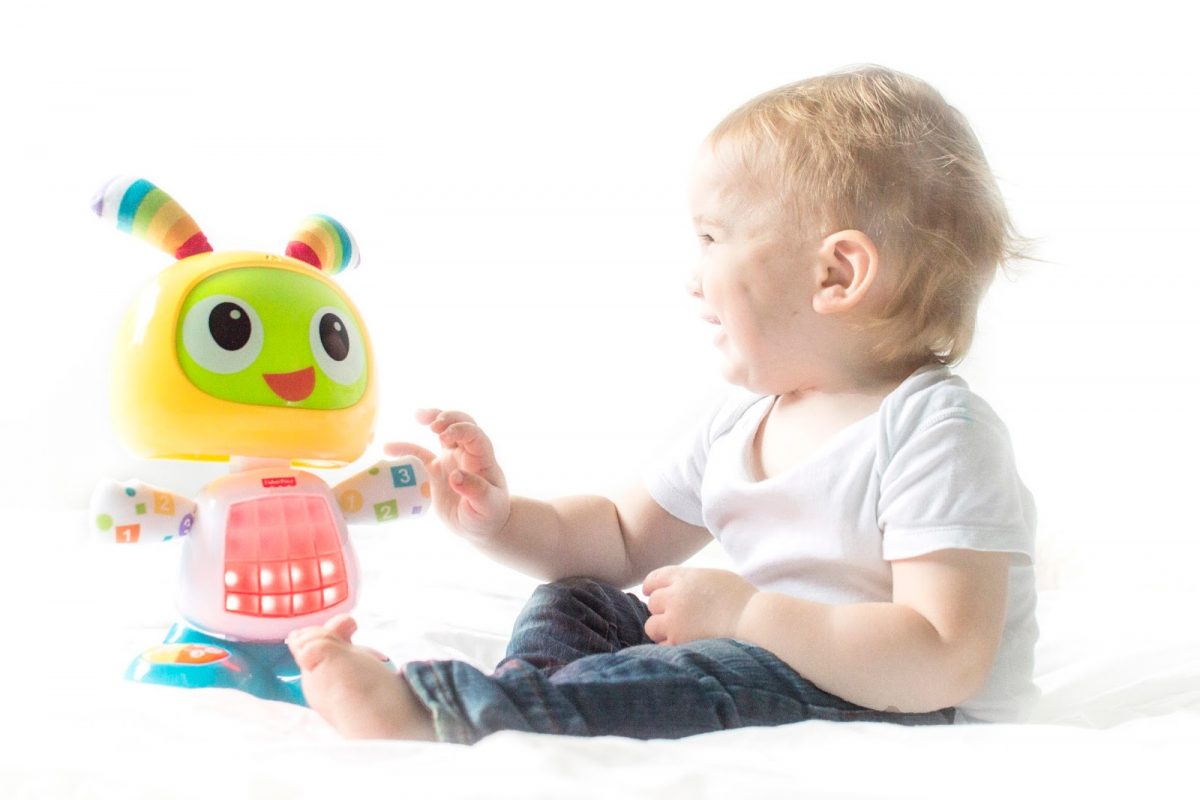 We love…
The big, easy to use buttons on his shoes for the different modes
That batteries are included!
How simple it is for little ones to record their voices into a song
BeatBo is educational and will grow with Hero
Watching the boys all dance together to BeatBo
We Wish…
That the sound was a little easier to hear on the lower volume setting
BeatBo started moving at the same time as singing when his shoe is pressed – Hero just wants to see him dance and presses it over and over, not understanding that he’s actually about to dance, and gets annoyed when we try and prevent him touching the shoe again until he starts.
BeatBo is usually around £37 but currently £27, on sale Smyths Toystore – and we think that’s a completely brilliant price for such an amazing toy.  He’s sturdy, bright, engaging and would make a very exciting – and not annoying – Christmas present.
« TOILET TIME [TAKE 2] WITH THE MY THOMAS POTTY BOOK
BACK TO SCHOOL PENCIL POT CRAFT: A GIFT FOR TEACHERS »