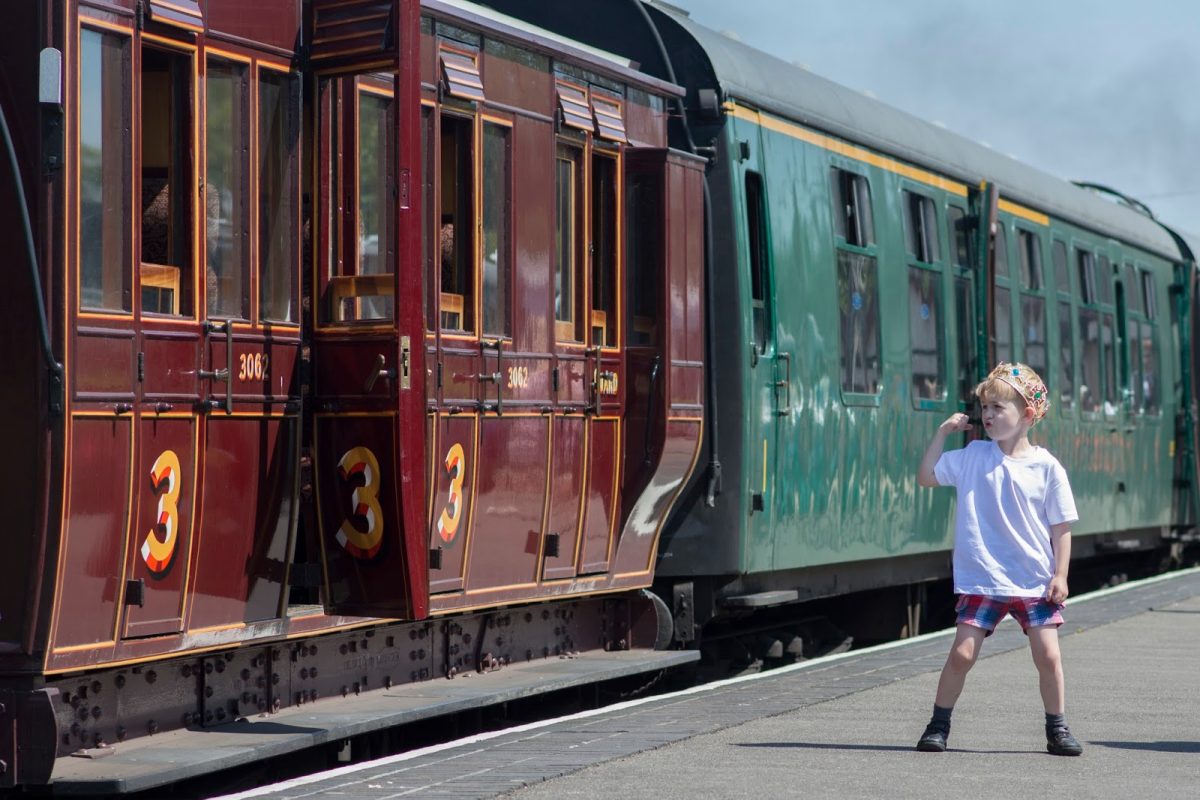 Until I met my husband and moved to the South Coast, I was a miserable, stressed out commuter.  A train commuter, which I often felt was the worst kind.  Every evening I’d finish billing clients, keeping an eye on the clock, and I’d power walk as gracefully as I could [read: not at all] to try and catch the 17.48 train home, before the serious crowds got there and I had to wrestle to even get through the train door.
Every evening I was cramped, crowded and uncomfortable – and in the Summer months it was unbearably hot, especially with the inevitable delays.  Yet after our weekend visiting 1066 Country I can’t help but feel that installing steam trains at Birmingham New Street would have made my life much more fun and I’d have been far less begrudging of handing over nearly £5 a day for the pleasure of getting to work on time. 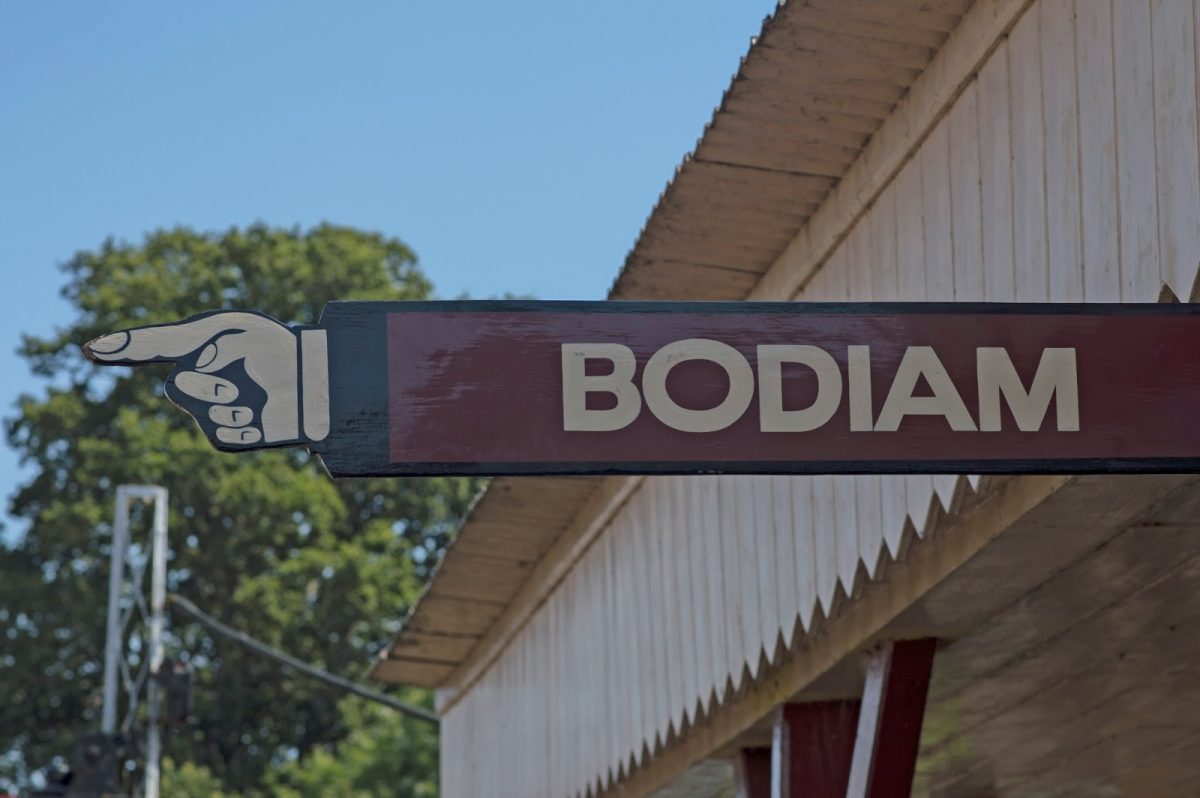 We could have simply driven to Bodiam Castle, but instead we elected to ride the rails and travel on the Kent and East Sussex Railway from Bodiam Station to the castle in an old fashioned steam train – the country’s finest rural light railway, in fact, and the boys were beside themselves waiting to see a real steam train like Thomas.  The only other steam train the boys had ever experienced was Mickey Mouse’s locomotive in Walt Disney World, but it was dark then, and they were exhausted and completely missed out on the magic of it all.
With ten minutes to spare, we pulled up to the station and raced to get to the platform, and fixing our eyes on the distant horizon, we watched with our boys as we stared, open mouthed on tiptoes as the coal black train peeped through the countryside tapestry.
Eventually the steam engine began to appear, with coal scattered gusts of telltale smoke clouding the air above.  Our train was coming into the station.
We were quite confused when we saw what we thought was the front of the train arriving – only to discover it was indeed back to front.  It still looked majestic pulling into the station though, and the boys were suitably impressed. 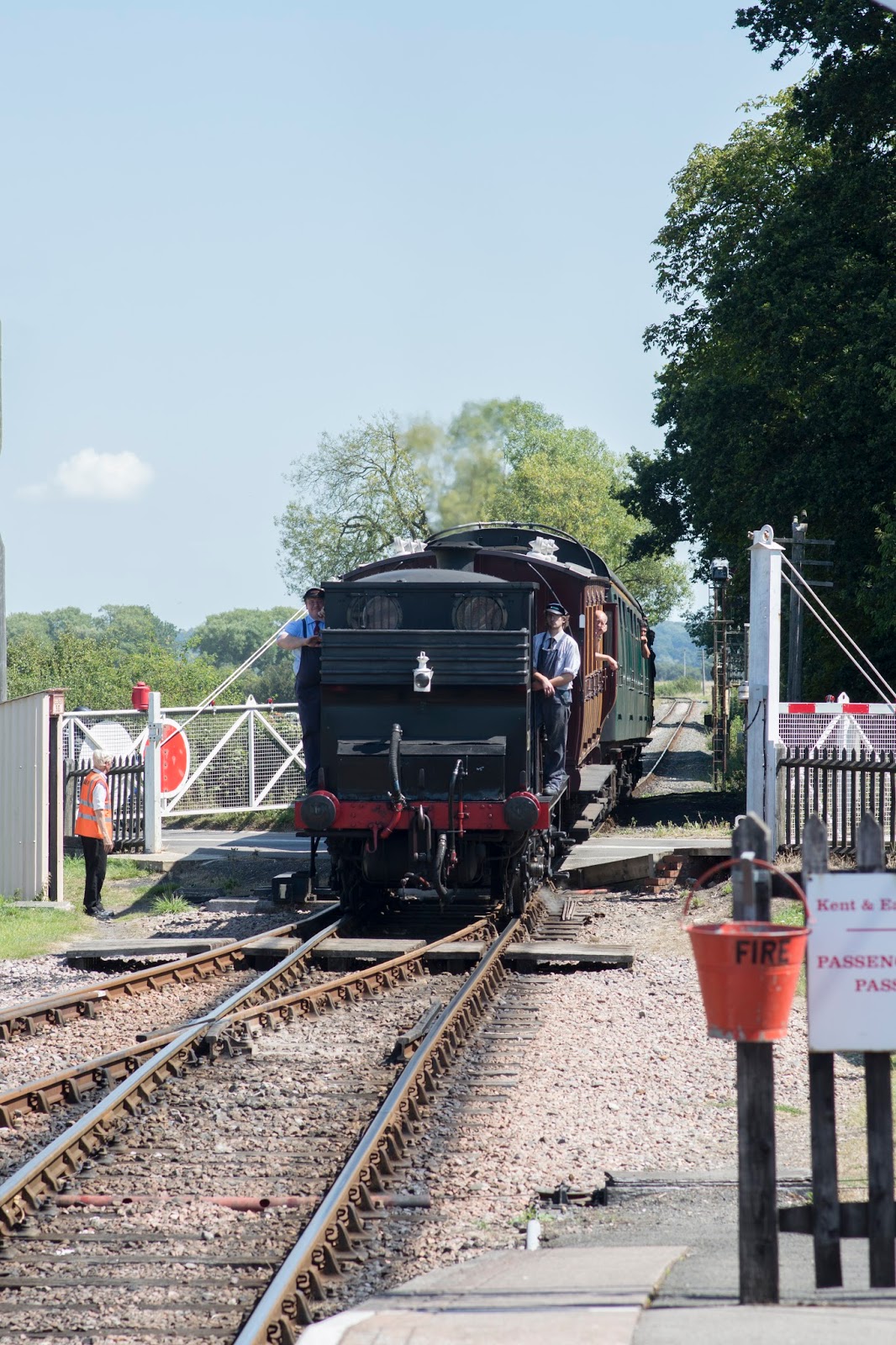 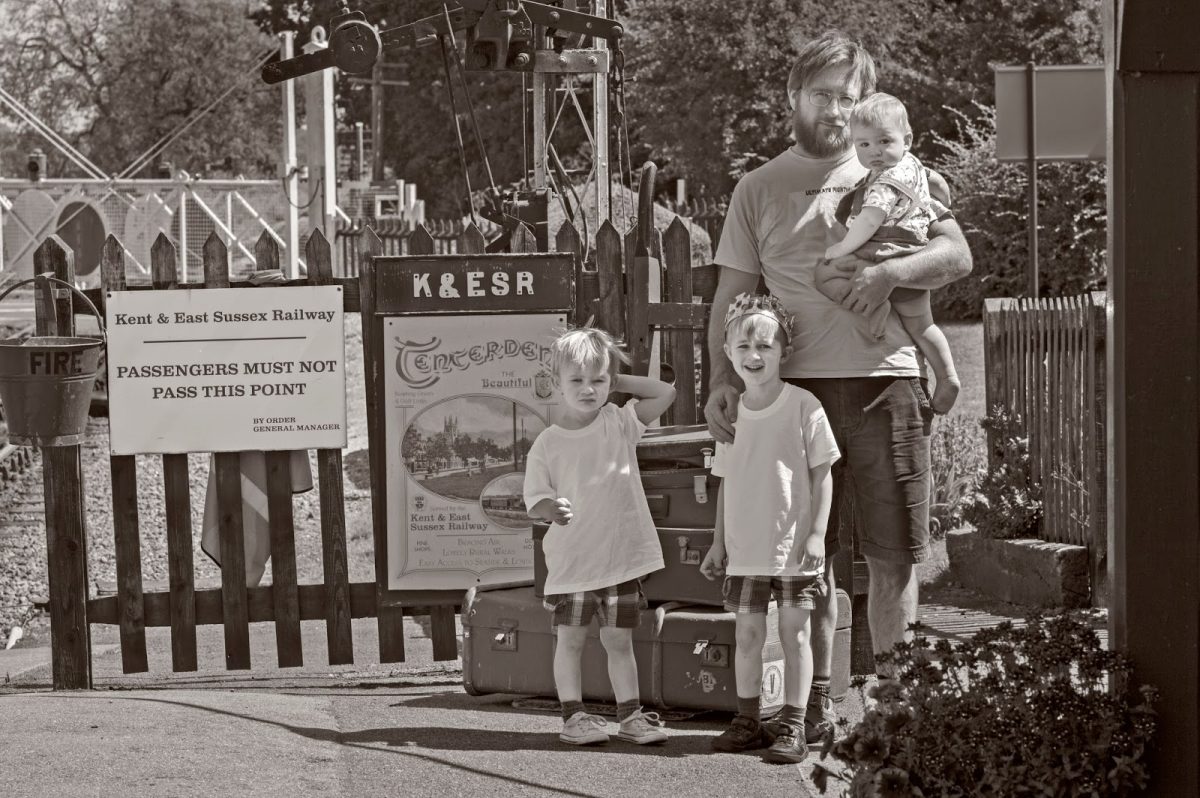 It’s becoming a bit of a monster task to get everyone to look the same way – without making a fool of myself. 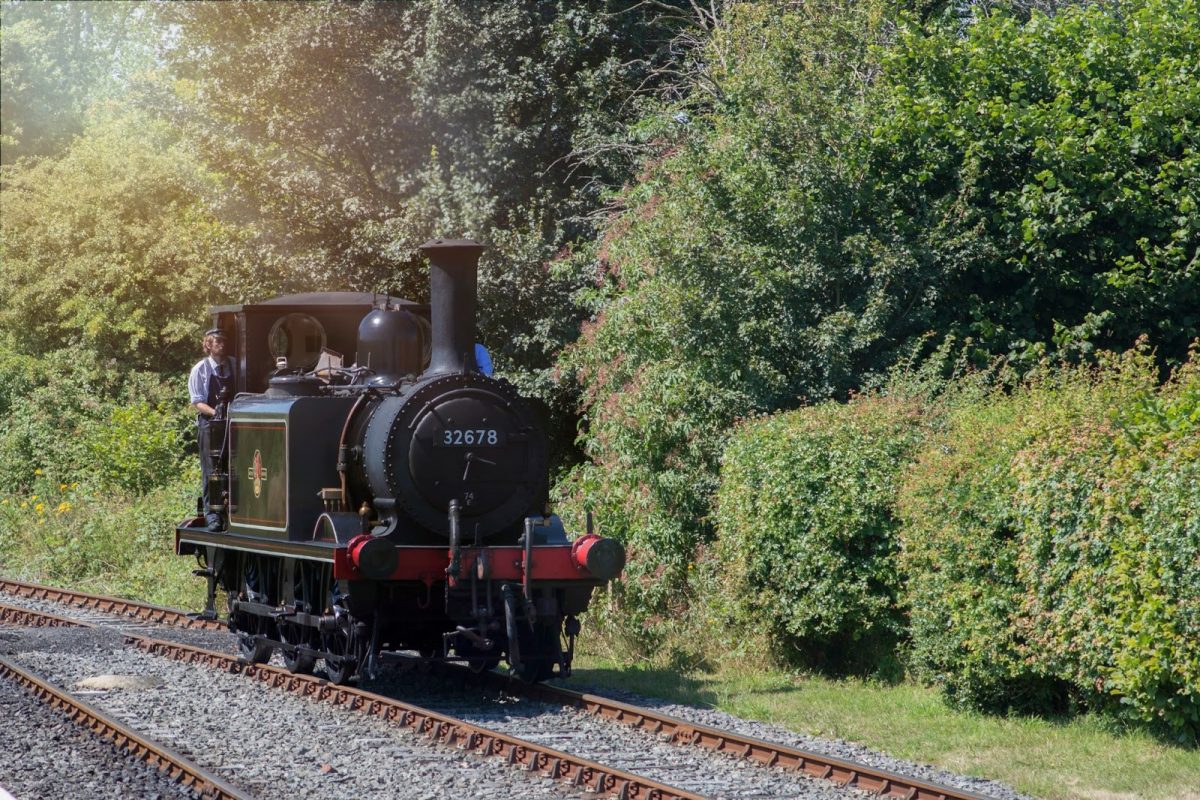 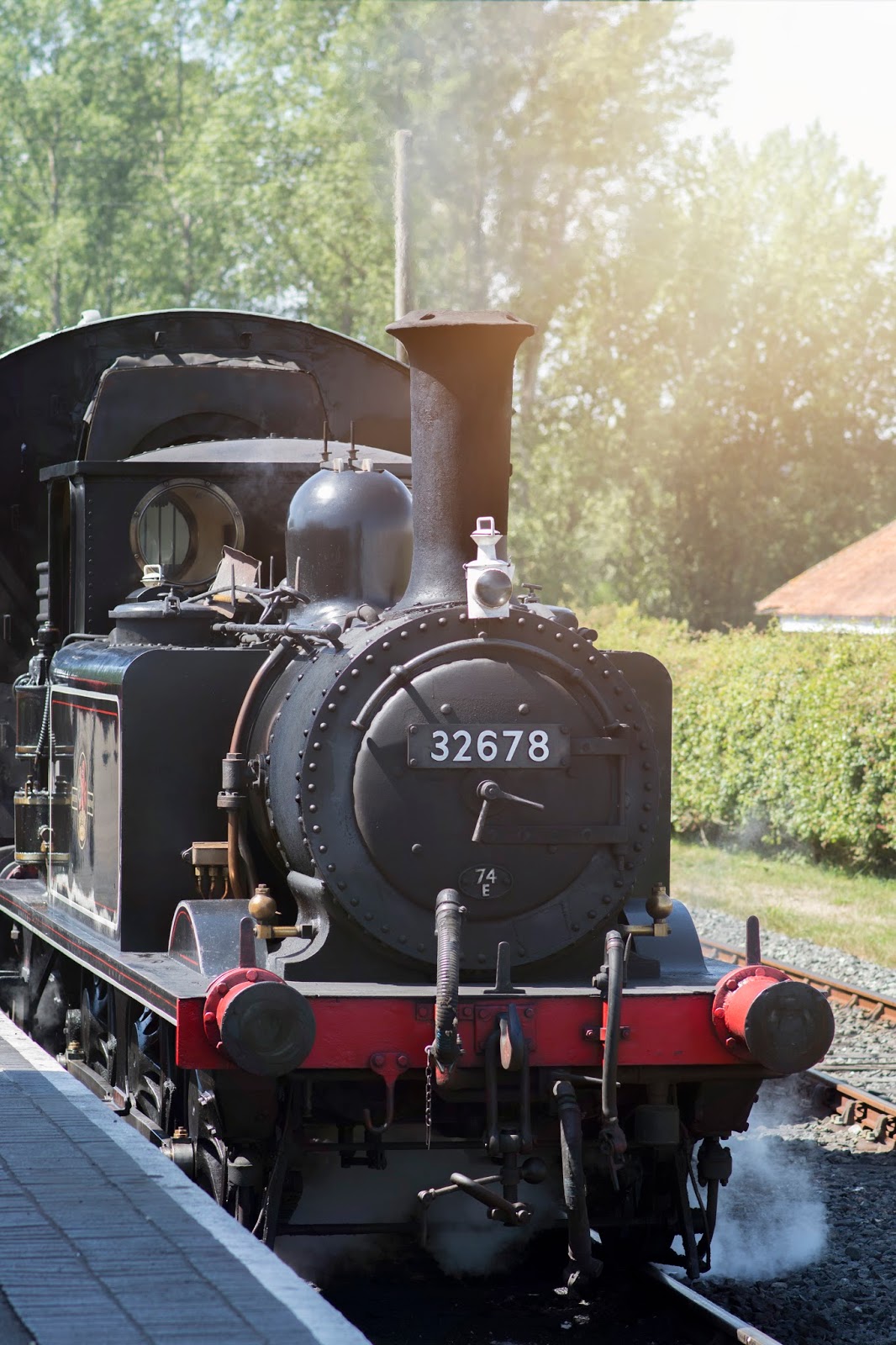 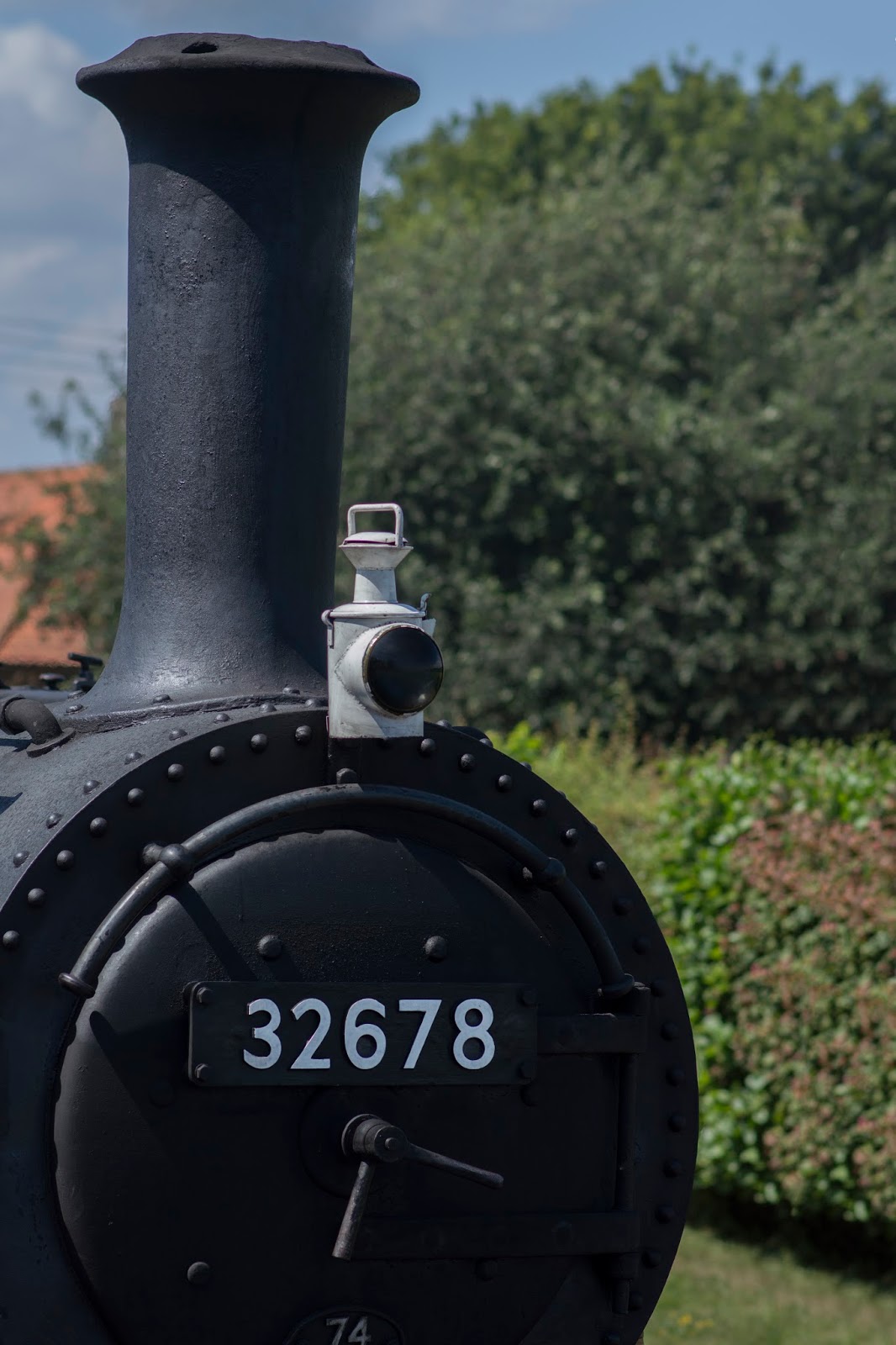 The steam train was magnificent.  Seated neatly in 3rd class, we admired our opulent surroundings and the boys sat wide eyed with little legs dangling over the edge of the upholstered couches, ready to hear the whistle of the train, ready for departure.  As the conductor slammed the doors, we sat back in luxury as the engine roared and powered its way down the line, through the beautiful English countryside and to the castle.  I really, truly think I’m ruined now for public transport.  We are most definitely a steam train family. 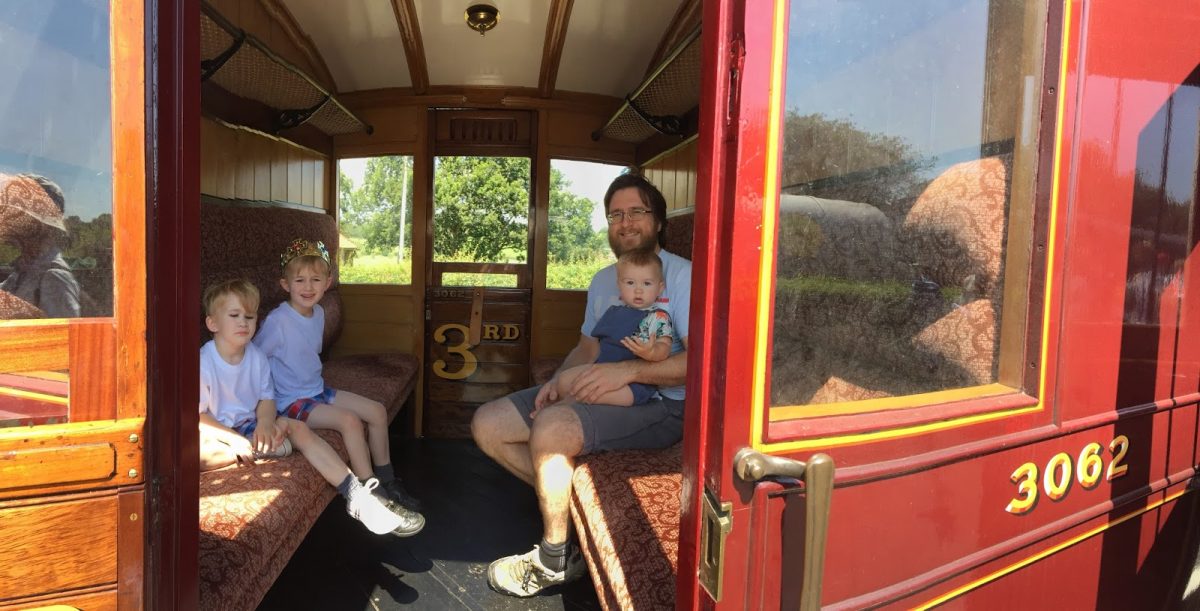 Our little video of our entire day will be uploaded soon – you can see the train in all its glory!