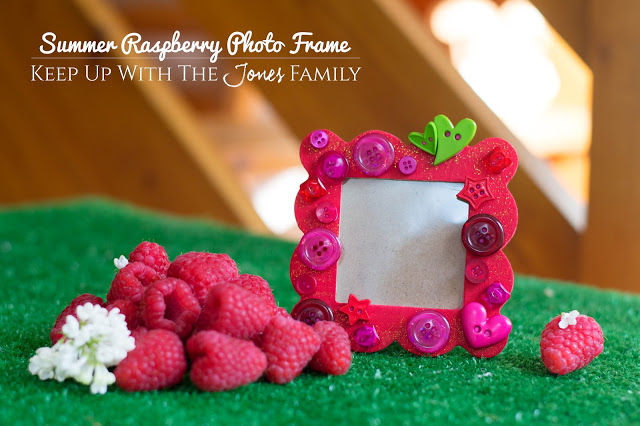 This month our Bostik Blogger challenge theme was scrapbooking.  After we were married, I became an avid scrapbooker and captured so any memories in huge 12″ x 12″ padded albums – but as a busy mom, it’s been too much of a challenge to keep up with it and so this blog is essentially my scrapbook – minus the pretty embellishments [which are all in my garage] – along with the photographs and canvases that we have displayed on the walls of our home.

I’m always on the look out for a pretty little frame and so we decided to make our own, inspired by our favourite Summer berry.

Our Summer Raspberry Photo Frame is another simple craft that means even your toddler can join in.  I’m not saying they won’t paint everything in sight, but they can achieve something cute and even presentable as a gift.

Here’s how to do it: 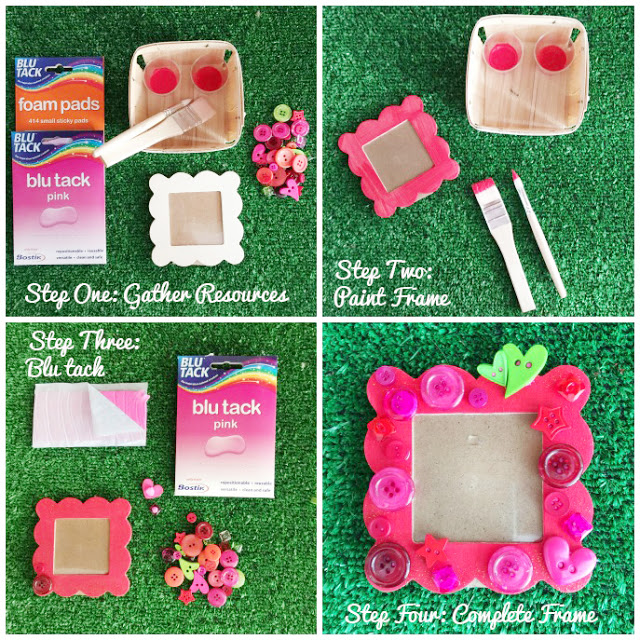 Step One:
Gather your resources.
Step Two:
Paint the frame.  With the ready mixed paint this took two coats of red and one of the red glitter.  I let it dry overnight.
Step Three:
Add your buttons with blu tack.  Originally I was going to include this step as a way of positioning the buttons before committing to their position with the foam pads, but then I realised how often my boys change their minds about where stickers go and so on, and rationalised that if the buttons were secured with blu tack, they could change their minds as often as they liked. Our blu tack was pink and so it worked perfectly.
Step Four:
Insert photo, you’re done!

Summer Blog Challenge: Day #20: A Photo Of Me As A Young Child