I had no idea what an ordeal eating could be until I became a mom.  From breastfeeding issues to weaning worries, I thought I had experienced it all…
…until Jensen decided that sitting at the table was not for him shortly after he turned seven months.  He hated the high chair, and remaining stationary to eat was alien to him.  We gave up on ever hoping to eat out and invites to the coffee shop with friends terrified me.  Whenever anyone suggested grabbing a bite to eat somewhere I actually became annoyed with them because of the stress it caused me – and somehow I felt they were totally unappreciative of my situation.
Like most things in childhood, the flighty stage passed and by the time he was three, we were sitting in Eddie’s eating hotdogs and fries and sharing a milkshake on our first date together. 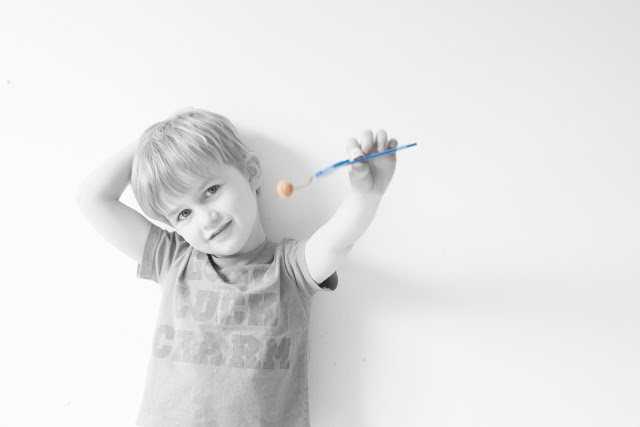 At 20 months old, Lyoto was exposed to the Walt Disney World of dining in Florida.  We spent most of our time tracking him around eateries which were full of parents doing exactly the same – until we came across a family in 1900 Park Fare eating with their five children, all of whom were seated.  I stared open mouthed as a toddler and baby sat together and ate the food that their siblings did.  I wish I knew how she did it.
Lyoto is three now and he’s nearly there.  He still would prefer to run about rather than refuel and he’d live on pistachios and grapes with a side of crumpets if he could, but I have hope.  And my hope springs in the form of novelty cutlery and tableware.  It’s amazing what a little gimmick can do at mealtimes.  We’ve used jam jars, hosted tea parties, made food art – anything to entice and engage our middle child with the action at the table. 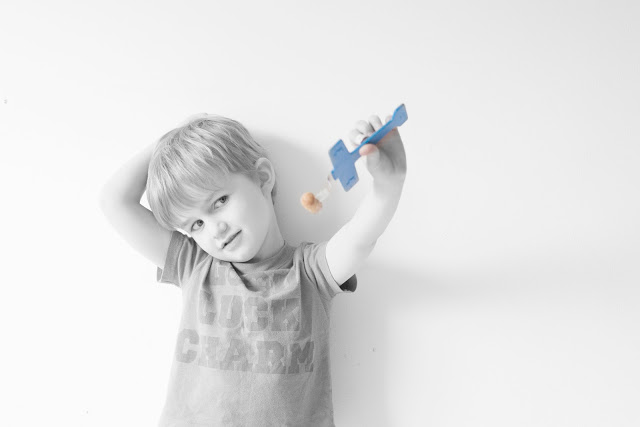 This week we found something that works wonders for at least five minutes a meal.  The Air Fork One seen pictured with Jensen here was sent to us by House of Fraser – and Lyoto [running about and not in these photos, naturally] can enjoy flying his food before it lands in his mouth.  The fork is rubbery and so getting hurt by the dodgy and turbulent flight path is less likely, and they love taking off at mealtimes with them. 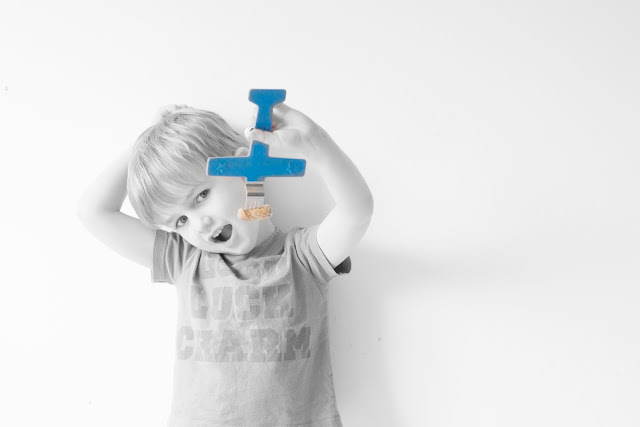 Jensen is more serious about his eating now and has graduated to his own grown up Knuddel flatware below.  He’s very impressed to have a knife that actually cuts things and we’re hoping that Lyoto will want to be like his brother in time.  The set is amazing quality and weighty at £25. 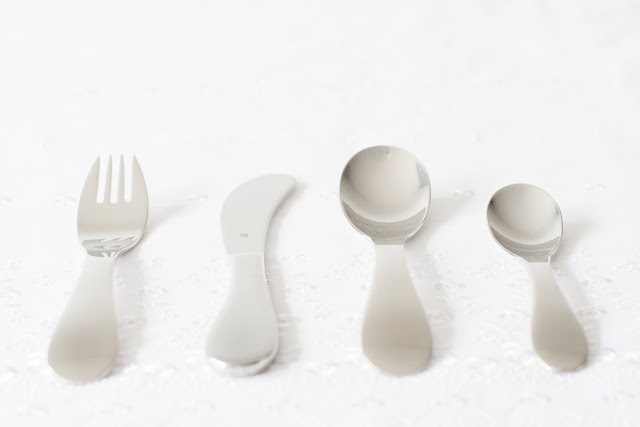 Baby Hero has surprised us all and LOVES his high chair.  He will merrily sit for the entire mealtime with me and eat throughout.  I pray that it lasts because unlike the fear I felt with my bigger boys, I adore mealtimes with him, and look forward to eating. 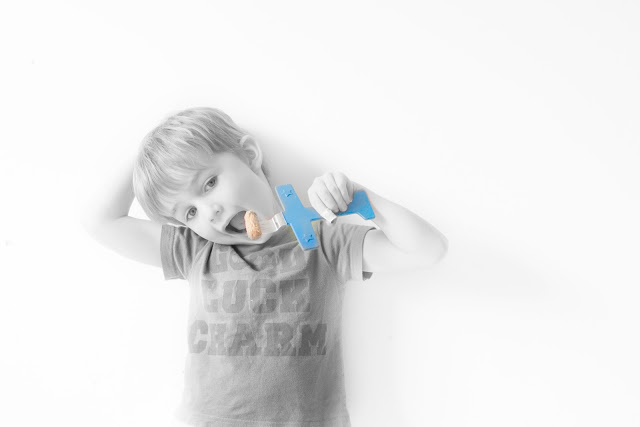 If you have any tips on getting your little flight crew to remain in their seats at mealtime AND eat, please share them below, I’d love to hear them.
« SUMMER RASPBERRY PHOTO FRAME
SOMEWHERE OVER THE RAINBOW [CUPCAKE PARTY] »