0shares
Dance ‘n’ Shout Mickey is a Disney toy from Fisher Price.  He stands at about 12 inches tall, and comes with batteries!  As a Disney family, we were delighted to test him out.

Once unboxed, we took a look at Mickey.  To turn Mickey on, there is a switch under the shoe to power him, and a button on top of the shoe for little ones to activate him, which is easy to locate and depress for little fingers.  This is brilliant because on so many toys, the controls are hidden under clothes making them difficult to operate if you’re small.

There are four little games that Mickey performs – Mickey sings Twist and Shout, then Mickey Says, sings one verse of Mickey Mouse Clubhouse and then plays Mickey Freeze to the Twist and Shout song again.  Each one lasts around a minute and the toy then needs to be reactivated by pressing his shoe to start the next game.

Unlike some Mickey toys, Dance ‘n’ Shout Mickey actually looks AND sounds like Mickey.  He even has the right number of fingers.  My mouseketeers loved him initially, as they do everything that has the Big Cheese on, but sadly they are rather scared to turn him on now…except for Hero.  He adores him. 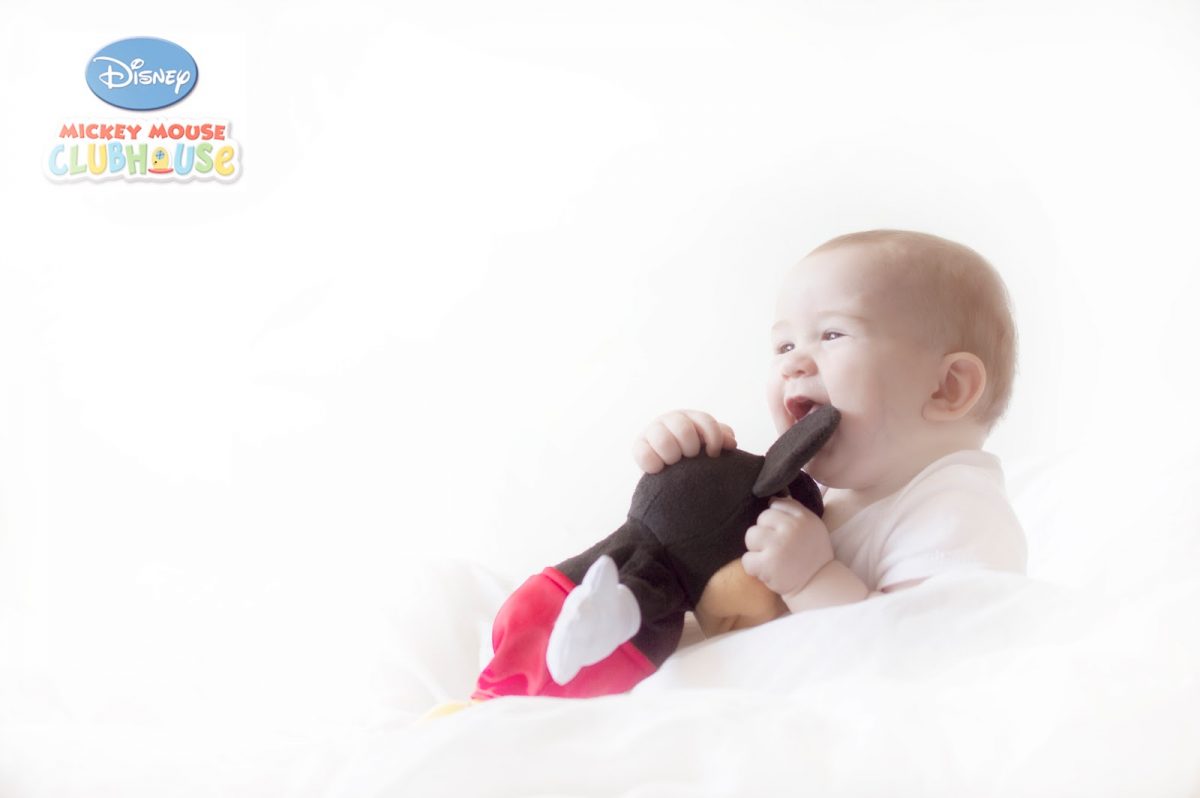 As a parent, I’ve a few reservations about whether I would buy this particular Mickey, but there are aspects that I love about him also.

The sturdiness of Mickey.  We have no doubt he’d last in a house full of three boys.  He’s solidy made with the same quality materials that we love from Fisher Price
His voice is accurate – it’s really Mickey Mouse talking to your little ones!
That there are four different modes on rotation and that each game cuts out after about a minute
Mickey’s movements – his robot and airplane impressions are pretty awesome in my opinion.

That the mechanics of Mickey were quieter and not louder than the music – it’s hard to hear when Mickey is telling you to freeze or what exactly he is singing when he is moving frantically about
That Mickey sang the Hot Dog song more instead of Twist and Shout as he does in Mickey Mouse Clubhouse – the boys have never heard Mickey sing this song before and there are so many more songs he’s associated with that one of those could have been picked instead.
His body was a little cuddlier instead of feeling like a plastic shell – he’s not really a huggable, take everywhere and play with forever kind of Mickey.

Honestly, at £39.99 this isn’t a toy I personally would buy, despite my complete adoration of Mickey and Disney – mainly because Mickey is pretty inaudible when moving.  The movements are fast and jerky, which scared my boys [but not Baby Hero, who loved him so much he wanted to eat him], but they are both under five and very changeable in their attitudes towards toys.

Dance ‘n’ Shout Mickey is on sale at £24 in places currently though – and at that price, he would have found his way into our trolley easily if they liked him.

Disclosure:  We were sent Mickey Mouse in return for an honest review.