0shares
Our trip to Walt Disney World was our first family holiday…meaning I’ve never been on holiday with the boys or had any experience of holidaying with little ones.  It was quite the eye-opener.
Both Dadda and I had been to the House of Mouse several times before and so I merrily planned our itinerary knowing most of the ins and outs, and focused on making magic for our littles.  On paper it looked great.  Perfect.  Doable.  So after the paramedics call out on our arrival evening, we were ready for some Disney magic… only our first day didn’t go as planned.
Before I begin, I want to make it clear that this is our truthful trip report.  We love Disney, adore everything about it…we were married in Disney, honeymooned with Disney, cruised with Disney…you get the picture.  When we go, we go big.  We’ve stayed at nearly every resort on Disney property with the exception of the value resorts and we’d more than gladly live there, forever.  But this trip wasn’t all sunshine and Mickey bars (although it mostly was.  Especially the Mickey bars bit) and we’ll be honest about that.
So….The morning after we finally arrived at the Art of Animation Resort and we were up early for our Crystal Palace breakfast.  This reservation was long awaited as somehow, during each previous trip we’d been on as a couple, we managed never to eat here.  This time we were determined.
Wearing our Magic Bands that I had ordered weeks earlier in England, attempted to set up at home online (and then had to resort to calling technical support for a couple of hours) I had discovered upon check in that they still were not working.  We were advised that concierge would be able to assist in the morning and that everything would be fine.
Over and hour and a half before our reservation at the Crystal Palace in the Magic Kingdom, we assembled at the front desk for help.  By the time we were fixed, we had no chance of arriving at breakfast on time via Disney transportation, and so we took a taxi.
Excitedly clearing bag check, we headed for the the Magic Kingdom queue for guests who have dining reservations before park opening…only to be refused entry as our bands were not working.  We were directed (with two littles who had been waiting for breakfast for around two hours patiently at this point) over to the ticket booths for assistance.  Fifteen minutes later, our cast member assured us that they were fixed, and that we could enter the Magic Kingdom.
We tried again, no dice.  After returning to the booths for a second time, we were issued with a normal key card and we finally gained access, 35 minutes late for our reservation by this point.  We were told not to worry, the Bands would be fixed by the time we arrived back at our resort that evening.  Now not being able to schedule any Fastpasses on most of the popular rides, it wasn’t quite the first day I had dreamed of.  Naturally, by the time we reached our restaurant, we had missed our reservation and were on the brink of being charged for non-appearance.  Luckily after explaining the issue we were offered a table in the restaurant when one became available.
We gratefully received our beeper, and whilst we waited to be called, the boys investigated this new gadget.  Just in case it was a phone or something sneaky. 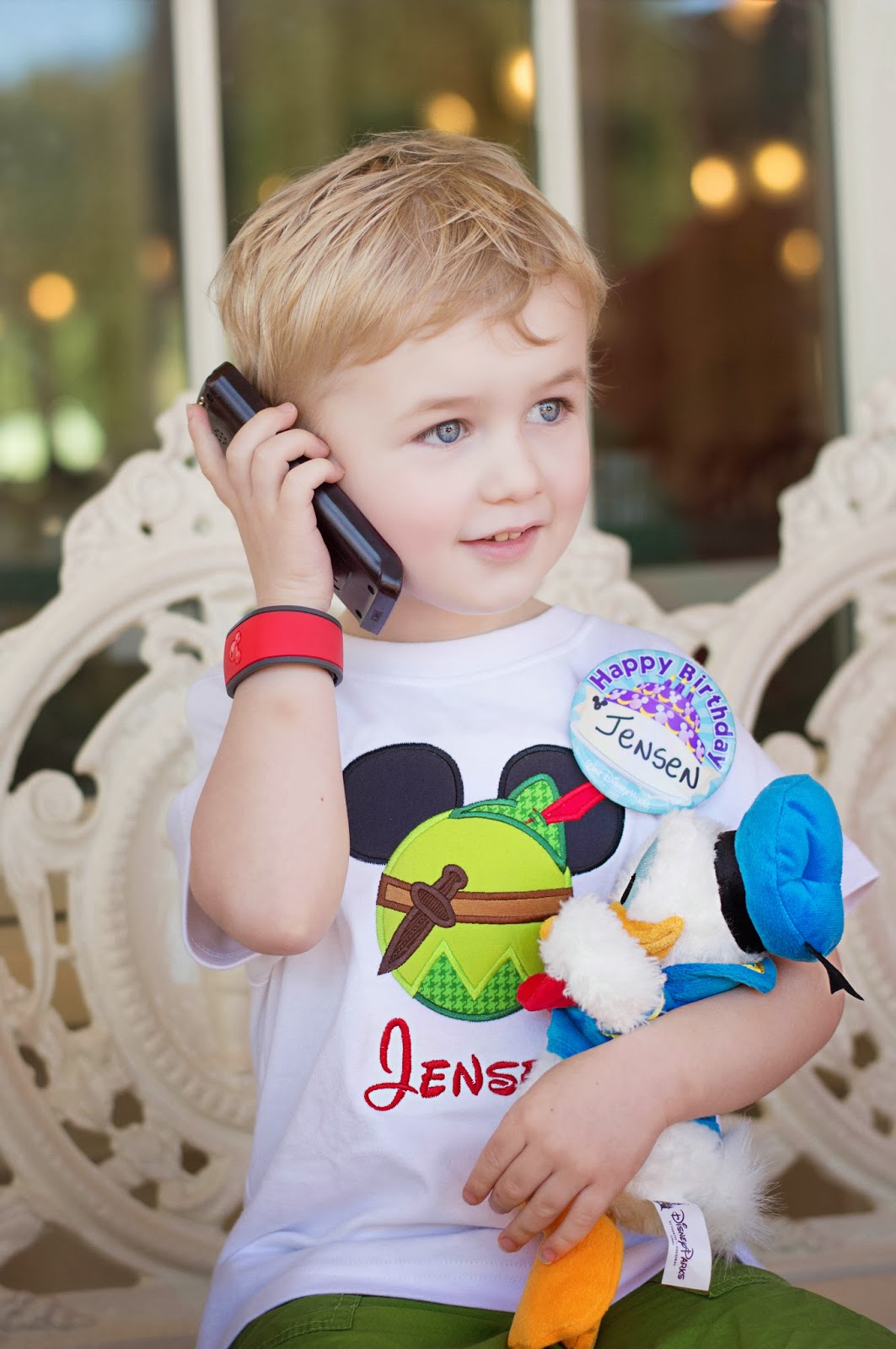 The Crystal Palace is a beautiful, light and airy restaurant, inspired by the Victorian greenhouses of the 1800s, and it’s the favourite hangout of Winnie the Pooh and friends.  The food is served buffet style, and there is every single type of breakfast food imaginable in there to satisfy grumbly morning tummies.  It smells divine and looks SO good…and had I not had morning sickness and jetlag, and had I not had to chase Lyoto around the restaurant as he joined in the friendship day parade for the fifth time instead of sitting and having the slightest interest in the food there besides the grapes, I would have enjoyed eating it.

As it was, I felt sickity-sick, and after all of the delays, we had less than twenty minutes to eat before we needed to scoot back down to the Town Hall for our Family Magic Tour.  I sent Dadda to the buffet to fill up and Jensen enjoyed a table to himself with chocolate milk and Mickey waffles whilst Lyoto popped grapes into his mouth and attempted escape every twenty seconds. 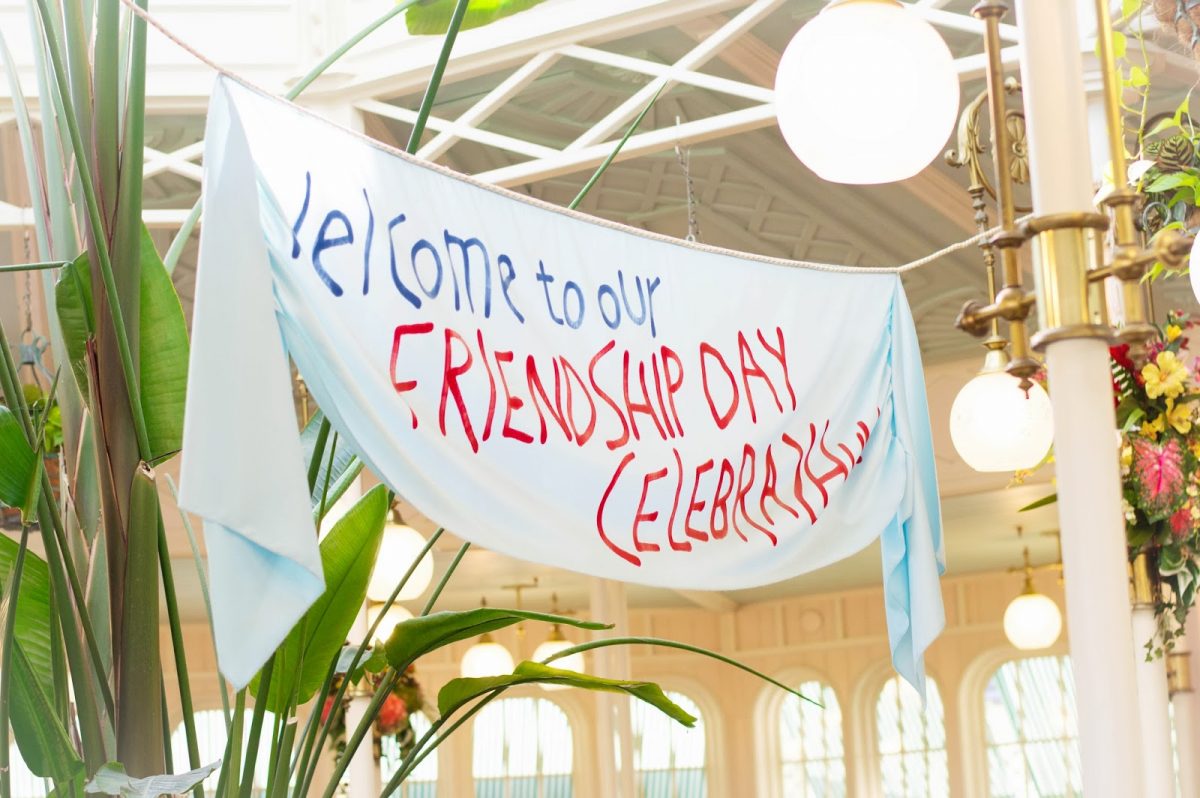 That being said, it was beyond wonderful.  Of all the characters that visited our table, Tigger was hands down their favourite. The first furry friend they met, and boy was he bouncy.  Lyoto recognised a kindred spirit, and Jensen suspected Tigger was after his Mickey waffle. 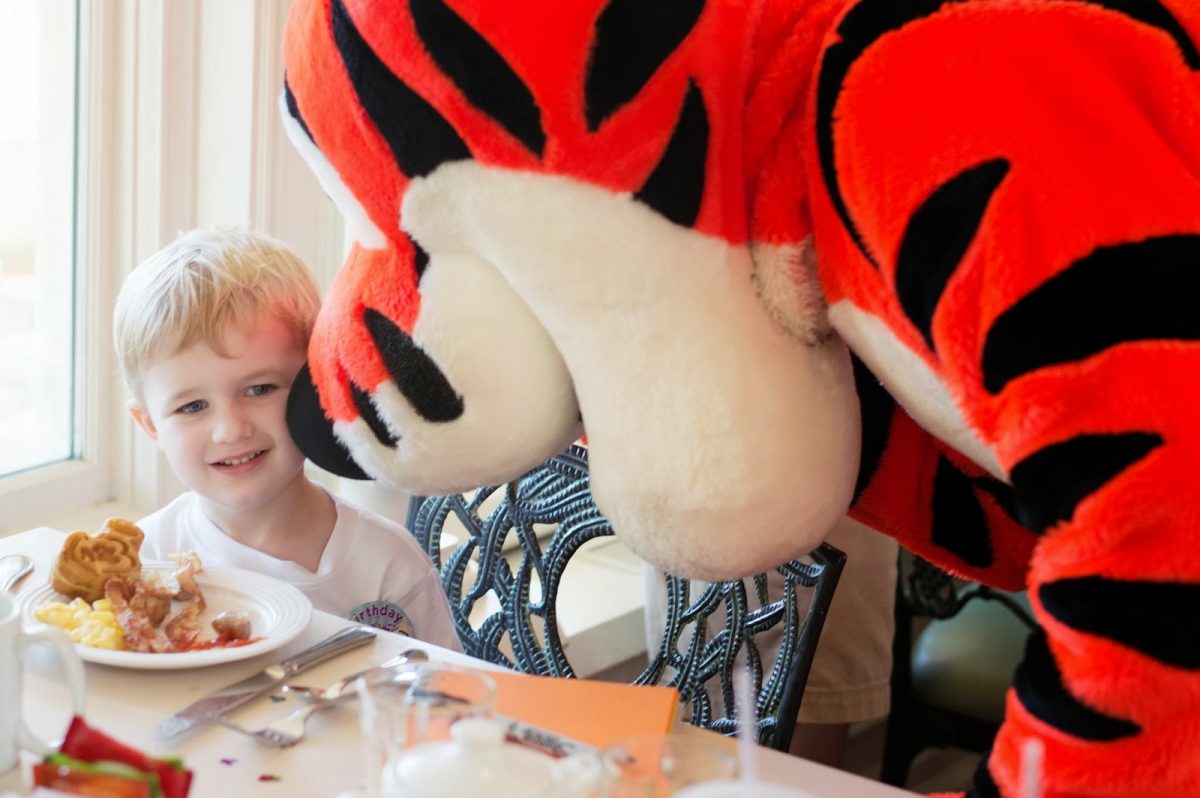 Thankfully, Baby Dragon took the Disney characters into his heart as though they were his long lost, best friends ever.  Love, cuddles, stroking, shouting…  It was so hard to take photos with happy tears in my eyes.  So many people told this Momma that our holiday would be wasted because “they are too little to remember”….but I will.  I’ll never forget the magic.  Pure, complete belief in the fairytale and lost in absolute wonder, as their tiny innocent hearts watched their childhood heroes spring to life. 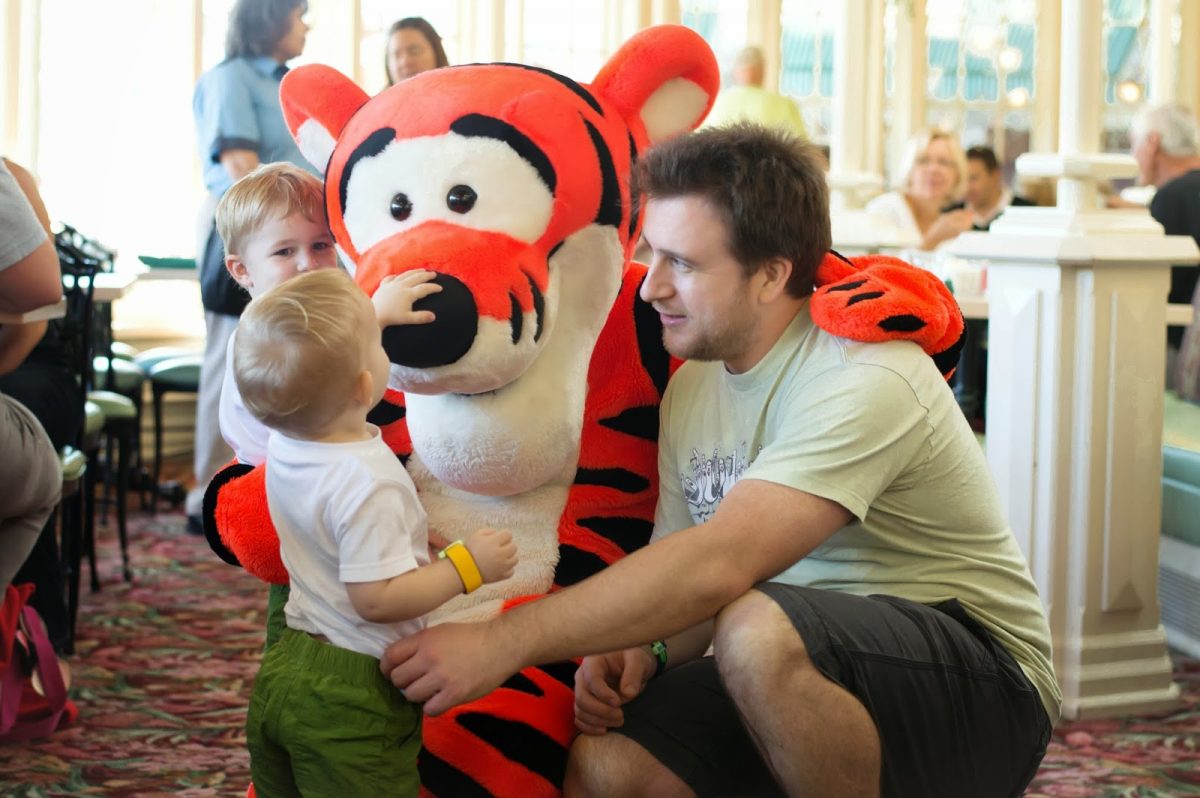 Without our bottoms (except for Jensen’s) even hitting the chairs in the restaurant, and with a little food in our rumbly tumblies, we paid the check, tipped our lovely waitress and hurried down to the Town Hall…

Next Up…. Family Magic Tour!