0shares
Last year we began our Christmas tree chopping tradition after the mister was tipped off about a tree farm by a work colleague.  It’s one of my most cherished holiday rituals now and much more exciting to us than just buying a tree from the local nursery.
Now, as a family, we are amazing terrible at missing deadlines.  So it was a huge shock to us when we managed to get out last weekend for our second annual Christmas tree chop…in time for the first day of Advent!
We headed down the motorway not even knowing if the farm was open, but we were hopeful…as the only tree farm we know, this was our only chance of cutting a tree instead of buying one from the garden centre.
To our delight we arrived and saw the painted timber signs…it was open!  After greeting the lovely lady whose family run the farm, she told us that there were only a few trees still unchopped in the field this year, but we were welcome to look.  I knew our little spruce was waiting for us in that open grassland….and he was.
Bruce the Spruce XIII. That isn’t him above.
As the tree scouting began, memories of last Christmas exploded from Our Little Adventurer’s being as he recounted the last tree chop to his Baby Dragon.  “You’re a toddler now, but you were a baby then.” he told him earnestly, “Now you can chop the tree too like me and Dadda”. 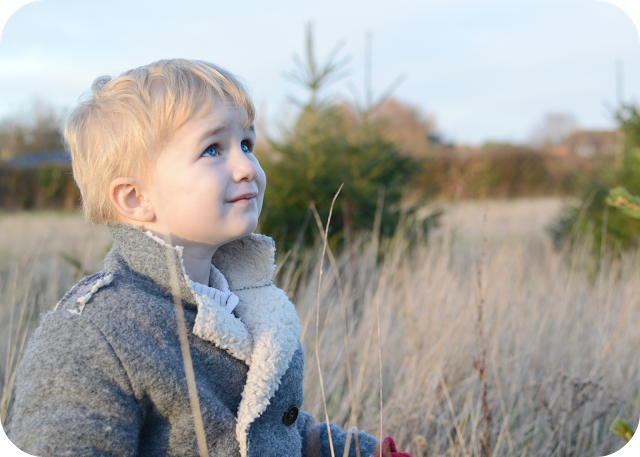 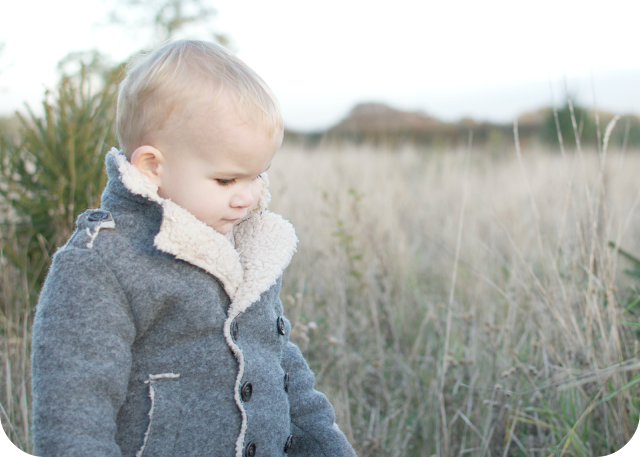 Tree farms are magical.  Full of long, wild grasses and mysterious Winter flowers, all laid over bumpy ground and dotted with rabbit holes in need of exploration by curious, Converse wearing little boys… 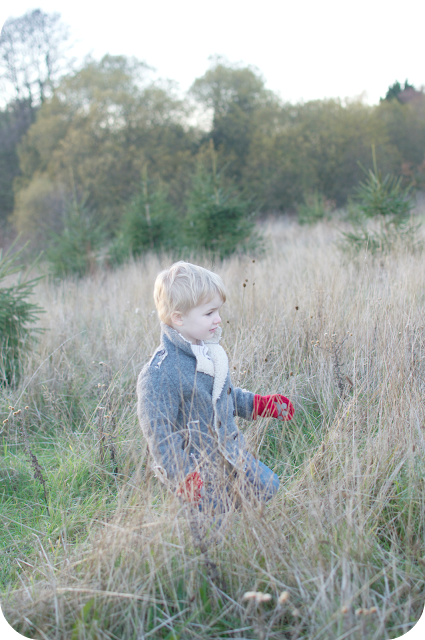 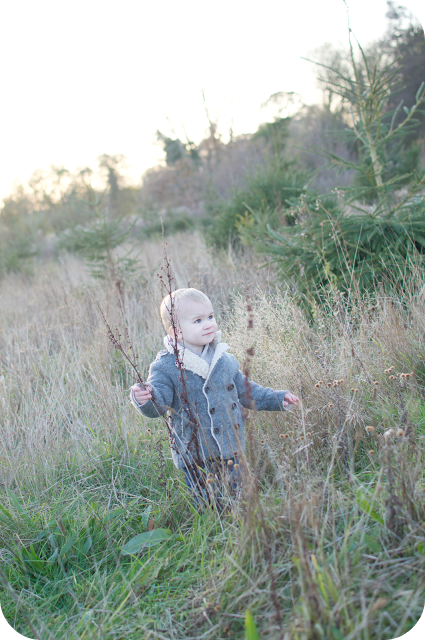 Finally, “Bruce” (our tree is always a Bruce) was located and agreed upon, two very frozen patient little boys awaited their turn at felling their new Christmas friend with the bluntest saw in history.
The tree was felled for the most part by Dadda, with a little help from two keen woodcutters (and a feeble, token saw by Momma). 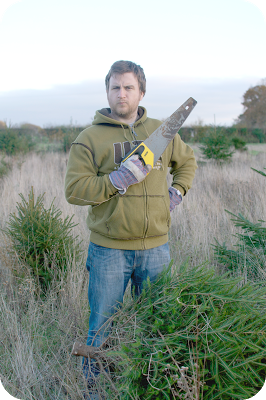 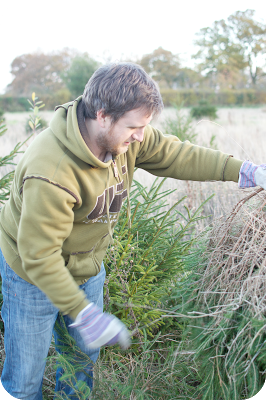 Baby Dragon was very strangely calm…or chilled to the bone.  I’m not sure which. 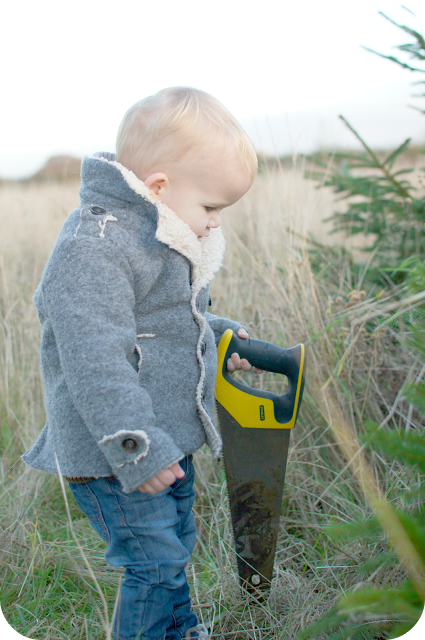 With each pull of the saw, Jensen called out, “TIMBERRR!” as Baby Dragon shouted encouragement and made sounds reminiscent of a Wimbledon women’s final, in hopes that each time that stroke would be the last… 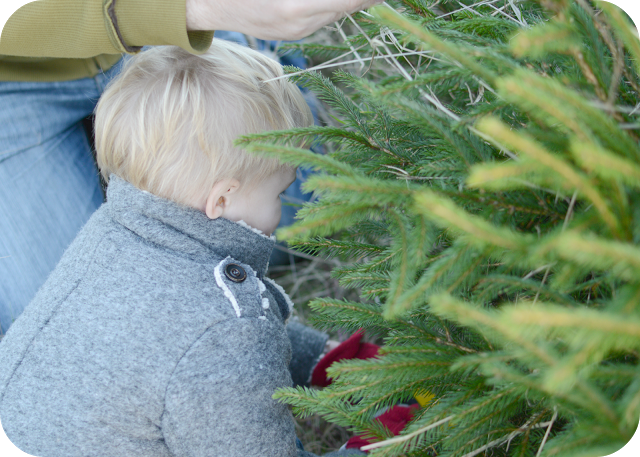 And eventually it was… 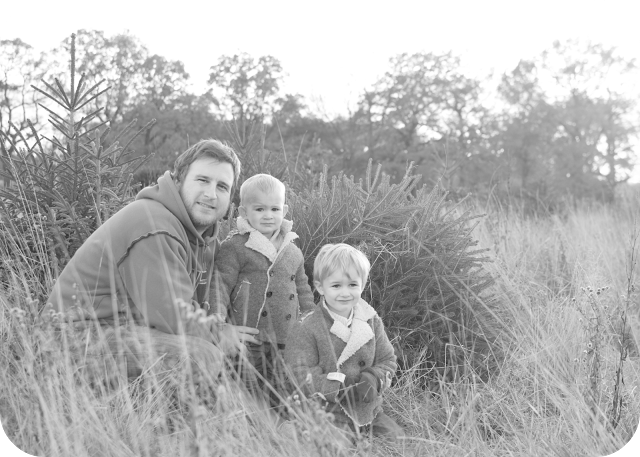 Hard work done, Grandad snapped a photo of us all together…just to prove I was there. 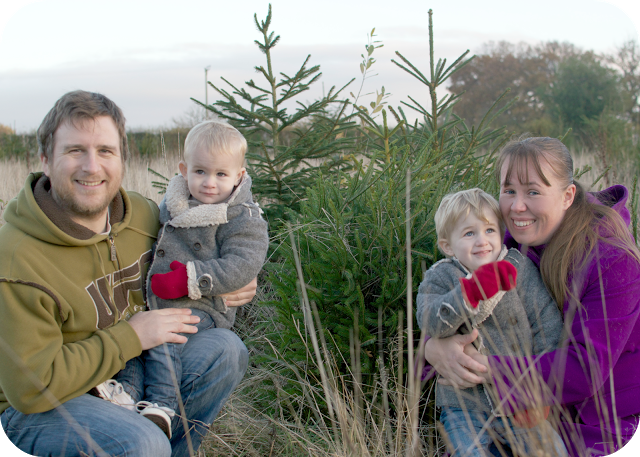 Bruce was bagged and loaded into the boot of the car as we set off home just before the sun finally set on the last day of November.  A car full of Wintery-cold, rosey noses…and ice cold, frosty toesies. 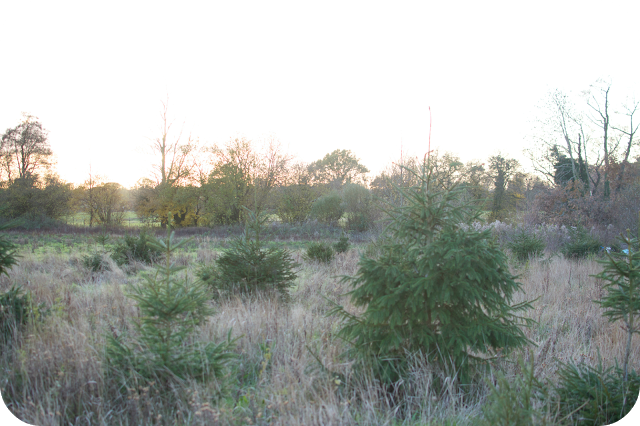