0shares
Hallowe’en is one of our favourite holidays as a family.  It’s unique…and the only time as a grown up you can rationalise dressing up and reverting to an adult sized version of your child-self.  I admit that it’s only since we’ve become parents that we’ve dressed up, but before that it was pumpkins galore in our house (Mickey pumpkins, of course).  Now, I scout eBay for a new wig and tutu every year.  I blame this addiction on the fact I am a frustrated ballerina.

This year we’ll be at the House of Mouse in Florida for trick or treating, and so Hallowe’en has to come a little early at home.  Typically we visit the pumpkin patch, have a little party tea of treats at home, and then on Hallowe’en night we light up our pumpkins, leave them on the doorstep and greet other costumed neighbours with bags of sweets and chocolate; or as the case was last year, run as fast as we could around the Crescent in the pouring October rain whilst Our Little Adventurer melted impressively before our eyes from a cute ghost to the late Heath Ledger’s portrayal of the Joker.

We’re still hoping to make it to the patch next weekend, but this weekend we decided we should party…and party means chocolate (at least to our family it does).  Being originally from the Midlands, there’s only one chocolate for me…Cadbury.  As it’s National Chocolate Week, I felt as though it was my national duty to stock up.

However….for the past two weeks I’ve managed not to indulge in my favourite treat (in order to prevent my shorts bursting on holiday) but thankfully the Mister and our littles are still partaking of Cadbury’s delights.

Last year we made Vampire Chocobats and these were immediately placed on the menu, followed closely by chocolate spiderwebs, mice and tiny cakes, and we had decided on chocolate apples too…but Baby Dragon ate his way through them.

So, Hallowe’en lunchtime it was.  And for two little boys who are housebound with temperatures and sniffles (which is putting it mildly for Lyoto’s current nasal state), it was the highlight of the week. Little eager hands helped to crush assemble the chocobats, and impatient little fingers waited to sample their creations as the table was set. 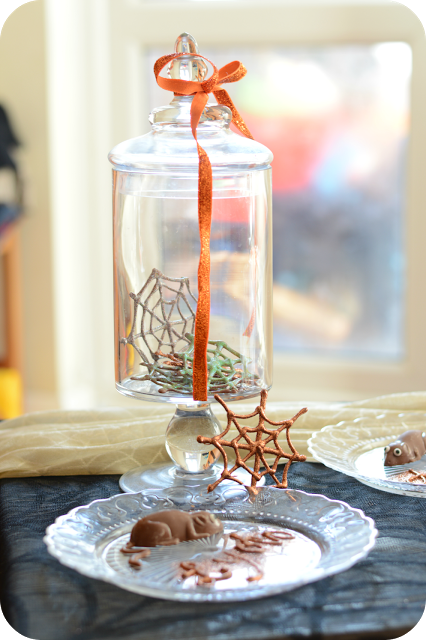 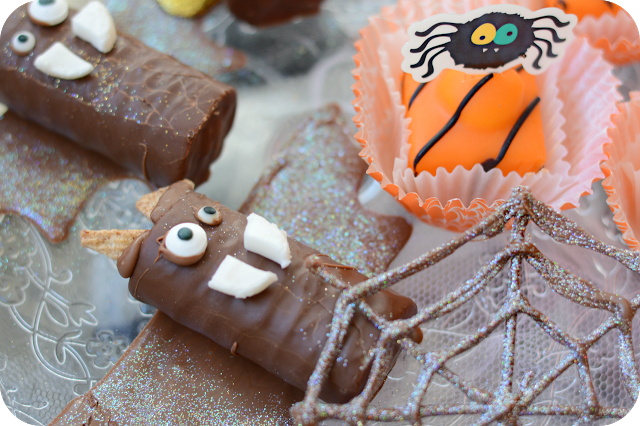 There were Cadbury spiderwebs in jars, mice with beady eyes, chocobats and spooky messages scrawled on plates.  Accompanying our spooky chocolate treats were seeded pumpkin sandwiches, fruits, and little crisps shaped like ghosts. 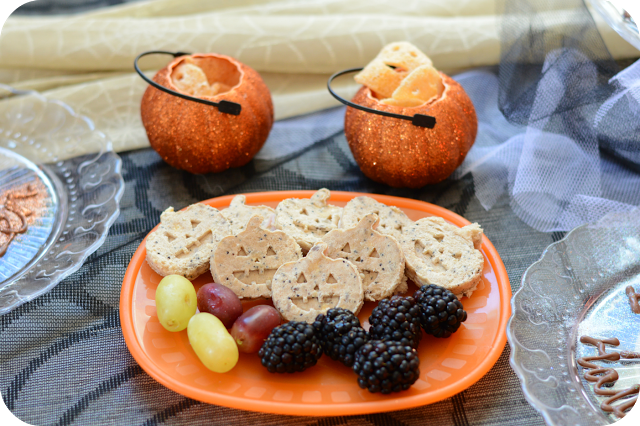 At this point, poor Baby Dragon quickly munched a spiderweb, poked his finger through a cake and fell asleep, having dodged his nap time earlier.  Nevertheless, Our Little Adventurer soldiered on, chose a bat and got to work. 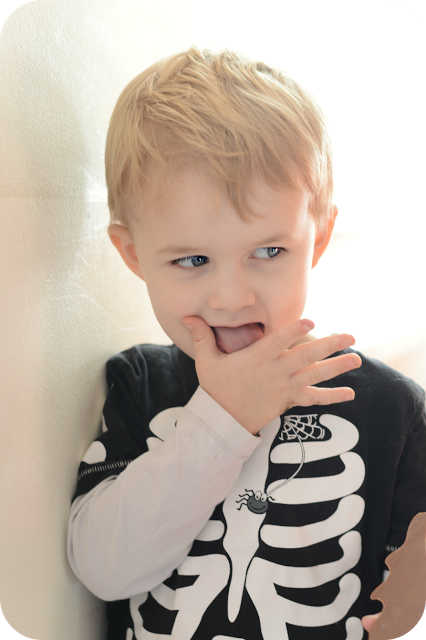 With a spooky 13 days left until our holiday, the costume mill has been working overtime as we’ve already got our tickets to Mickey’s Not So Scary Hallowe’en Party purchased…all I have to do is get that wig through customs… 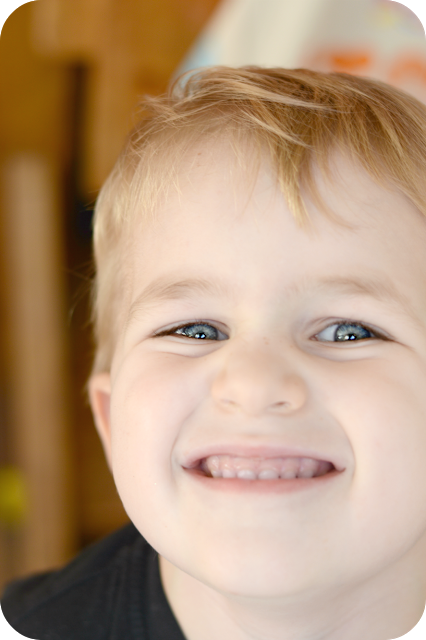 HALLOWE’EN BASKETS FOR THE BOYS 2018