SUBSCRIBE TO OUR NEWSLETTER FOR SIX SECRETS TO AN EGG-CEPTIONALLY FUN EASTERTIME AT HOME!
You are here: Home / GAMES AND TOYS / MARLOW AND THE MONSTER: SHARON CRAMER

Now I’m not saying that my family love books, but my boys have a
collection of nearly 300 between them.  My oldest is nearly three and
therefore insists on no less than three stories from his Dadda every
night as part of the bedtime routine, and so when we were offered the
chance to review MARLOW and the MONSTER, we needed no persuading, and
Jensen gleefully locked it under his arm like an English gentleman and
started up the wooden hill to bed way before time.

Marlow and the Monster is written and illustrated by
Sharon Cramer, an award winning American author and illustrator.  Jensen
loves it.

The basic storyline is that a monster comes into Marlow’s
bedroom and causes great annoyance with his little monsterish pranks, but when Marlow tries to alert his parents
to the monster’s presence they won’t believe him and say that there is no such thing as a
monster.  I won’t ruin the rest of the story but I can confirm that no one meets a sticky end, thankfully.

The
book’s illustrations are beautiful and unusual.  Detailed in
pointillism style they are purely drawn in black ink (I wondered how
long something like this takes to draw and after a little research I
discovered that apparently it’s 30-40 hours per page…Eek!), aside from
the monster who can be seen on each page in glorious colour because
only children, apparently, can see the monster. This supports the denial
of the monster’s existence by Marlow’s parents in the book.  As a
result, at bedtime Dadda spends each reading of the book pretending that
he cannot see this little creature which leads to a great deal of
hilarity whilst Jensen insists that the monster is there, being cheeky
and blowing raspberries, and Dadda frantically searches for the
mischievous winged one on the black and white pages. 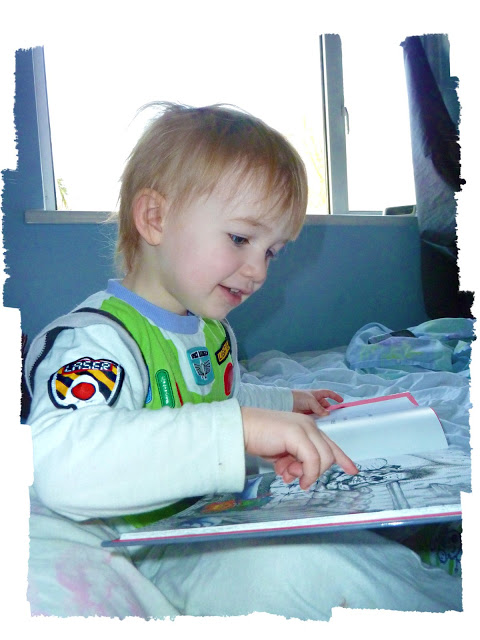 There are so many conversations that can be had with your
little one after reading this book due to the myriad of issues
contained in the story; when I asked my nearly three year old what
happened in the book, he said “Marlow is in his room and a cheeky
monster comes in the room, with his bum sticking out!”  I asked him what
the monster wanted and he said that the monster just wanted to be
friends., he wasn’t naughty.  I’m sure many worries can be allayed
concerning monster fears for older children as this monster was more of a
“cheeker” as my 2 year old son says, rather than a menacing one who
wants to upset children.  I thought that there were some great lessons
for little ones to think about in this book, particularly surrounding
getting to know people and giving others a chance before judging them.

The whole parents-not-listening-about-monsters theme
of the book reminded me of a book I read when I was younger, “Not Now
Bernard” where the children is eaten by the monster.  I’m glad to say
Marlow earned a friend rather than becoming a snack in this publication
and therefore I would recommend it to friends with little ones.  The
only criticism I have of this book (and this is solely based on this
book as I haven’t had the opportunity to read any more of the author’s
work and this may be her particular style for a reason) is that where
there are sentences which run onto a second line, the text on the second
line begins with a capital letter despite it not being the beginning of
a sentence.  Being a primary school teacher I would prefer this to be a book that I read to the children rather than one they read by
themselves for this reason. 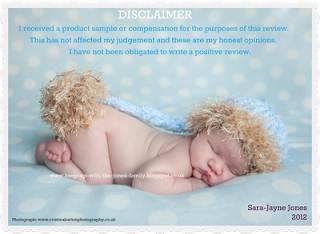