It’s no secret that I didn’t want Jensen to have his hair cut.  I’ve resisted it for over three years now and to be honest, if it wasn’t for the fact that he and Baby Dragon are in a mini catwalk show for Start Rite tomorrow, he’d still be sporting his baby locks for months to come.

However, as he’ll be having his photograph taken I couldn’t really take him as he was, and so we headed into town to have his baby curls cut off.

When we first mentioned going to the hairdresser, Jensen recommended that we go to the dentist instead.  To say he wasn’t keen would be a severe undersell of his performance this morning. As he entered the salon though and caught sight of a little girl having her hair trimmed whilst perched in a flashy car shaped seat, there was a noticeable attitude adjustment.

Once seated, Momma had a quick discussion with the hairdresser, who then offered our Little Adventurer a choice of DVDs (he chose In the Night Garden) and got to work.

The result?  One handsome little boy peeped out from behind his baby mop. 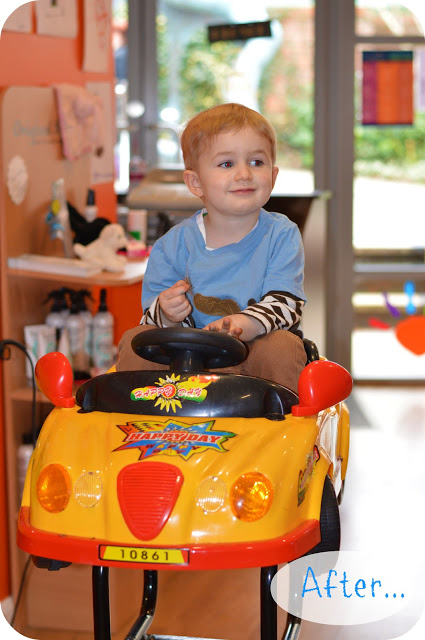 It was only when I downloaded the photos from my camera that the tears came. I tried so hard to blink them away as they sprang from my unexpected sadness at my baby growing up.  Although we have so much to look forward to as he grows into a little boy, I never realised the loss I would feel at the passing of this milestone. 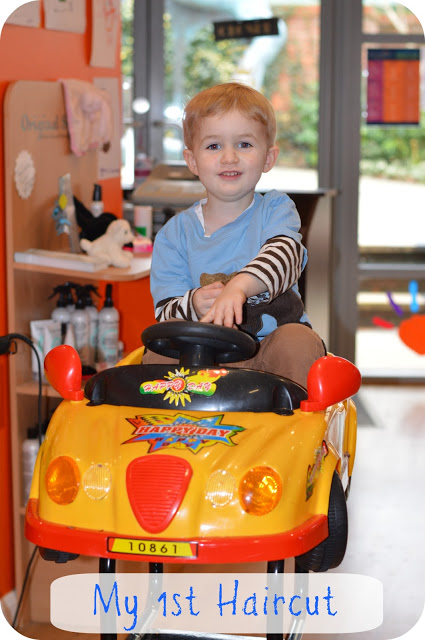 I’m so proud of you, Little Adventurer.  You behaved beautifully and respectfully, and you look so much like your Dadda at the same age that my heart aches with love.  I’ll treasure the lock of hair you gave me and keep it close to my heart.  Farewell at last baby Jensen, and hello to our adorable little boy.

MOM GUILT & THE TRUTH ABOUT CRADLE CAP
« A Quick Easter Flashback…
I SAW HIS FACE, NOW I’M A BELIEVER [THE NATURAL HISTORY MUSEUM] »