First Dentist Trip – GROUNDHOG DAY!  Jensen Indiana woke up bright and early this morning (7.20am) for his special day ~ the day he was going to see the “Teeth Man”.  Last night he and Dadda were practising their, “Ahhhhh”s in the bathroom whilst cleaning their teeth and this morning Jensen was full of determination as he left, bundled up in the cold morning air with his Dadda.  He gave me a cheerful wave and Gav promised to take photos for me as I’m still waiting to hear from the hospital this morning.

His appointment was scheduled for 9.25am and so Jensen had a few minutes to play with the toys at the Teeth Man’s Office.  He took George’s Rarr (George Pig’s Dinosaur from the cartoon Peppa Pig) with him to get his teeth checked out also.  The poor dentist nearly ended up with Big Rarr instead.  Maybe next time. 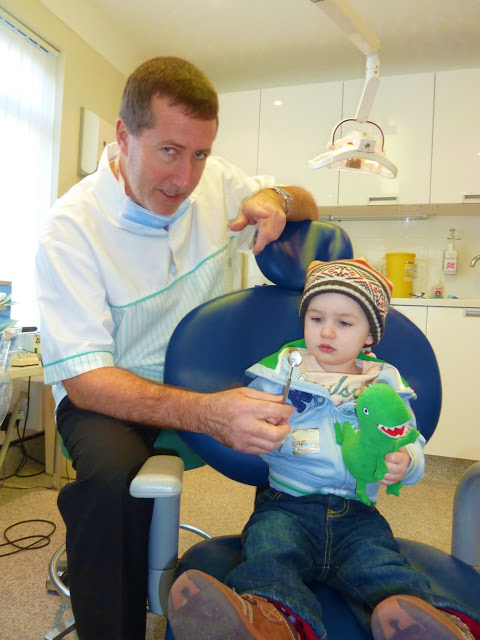 Apparently George’s Rarr got to look at it too. 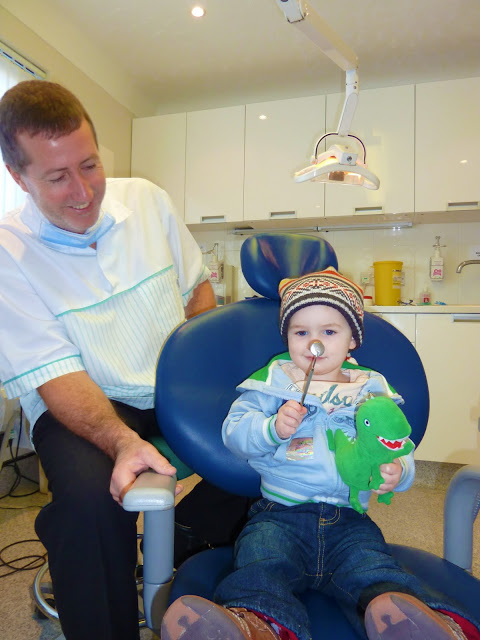 I was so surprised to hear that Jensen had taken to the Teeth Man.  He clearly takes after his Dadda and not his Mamma. 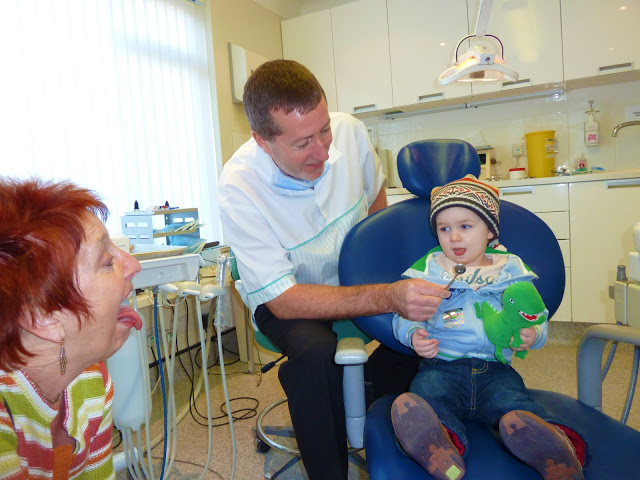 As Jensen promised me, he even stuck his tongue out, opened his mouth and said, “Ahhhh!”  Gav was so proud of him.  Nanna tried to get in on the act too.

After the examination there was more time for play and then it was time for Nanna and Jensen to head to their Toddler Sense class and Gav to report back home to me before heading to work. 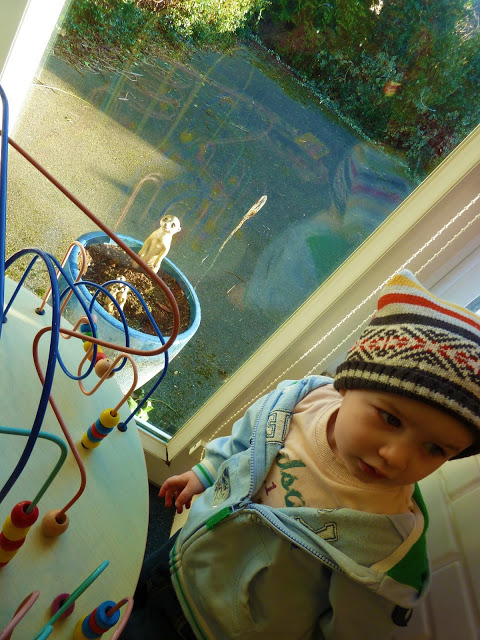 I couldn’t be more happy and more shocked that things went so well.  His teeth (which I have never been worried about since Gav takes care of those with him, and Gav’s teeth are perfect) look great and he has his second appointment in August with Dadda.  He came out covered in stickers of dinosaurs and so I know he’ll remember this day fondly!

As always, my little adventurer, you make my heart burst with pride <3.  I love you.

A VISIT FROM THE TOOTH FAIRY FOR JENSEN [THE EVERYDAY]

Dentist Time Again…
« Buying for Baby
The Invites Are In! »